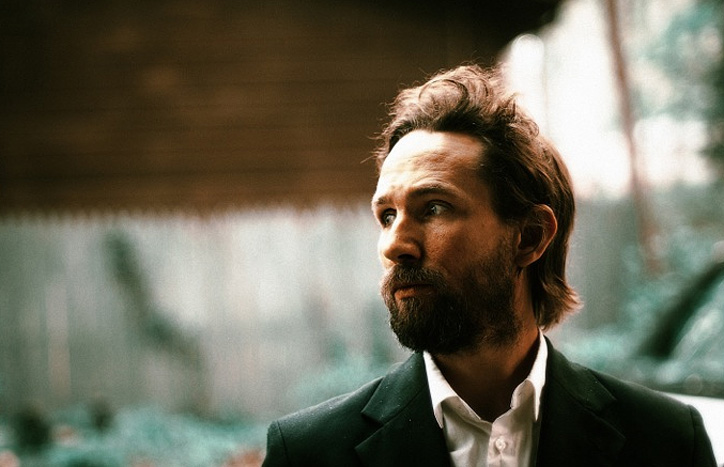 American singer-songwriter Will Johnson has brought some great news to their fans, after the sad announcement earlier this year that former band Centro-Matic would disband after two decades together. He is pursuing his solo career with a third full-length, Swan City Vampires (2015, Houston Party), which was released last September 25th and which will keep him back on the road playing in the US and Europe during this fall and 2016. The new album has served as a pretty good therapy for Johnson, who is leaving a difficult period behind and embracing a bright new future. Perhaps, that may help to intensify the experience of his intimate performance.

Do you currently live in Austin?

I live in Austin, yes. It’s growing at a rate faster than I think it was ready for. It’s still a good town for music, food, nature and raising kids, but space is diminishing and population and rent are quickly increasing. There’s still a pretty good music vibe there during non-festival times, but we’re losing some venues due to prices going up, and “development.” In my opinion, that kind of “development” is ripping some of the soul out of the city.

Sheryl’s sister Karen was my main babysitter, but Sheryl filled in for Karen from time to time. We all went to the same church, and their mom taught me piano.

Were you a good boy?

I remember being pretty well behaved around them. I have always had a lot of respect for their family.

As a solo artist, you just released your fourth full-length, Swan City Vampires. What does this album mean at these stages of your career?

It was a collection of songs that made sense together to my ear and my mind. The writing happened in the wake of a difficult time in my life –losing my mother and our band of almost 18 years– and I knew I wanted to commit some things to tape shortly after the final Centro-Matic tour. Whether it was good or not, I just wanted to get it done. There’s some tough subject matter, but some hope within for whatever comes next, and hopefully some gratitude for the experiences themselves.

Could you please explain briefly how you managed to put this album together, when you started out writing these new songs, where you recorded and mixed it, any collaborations and so forth?

With the exception of a couple of songs, I wrote most of it during the fall of 2014, in various places: hotel rooms on tour, out running on the trails and at home. It was tracked and mixed in six days, between two sessions – one with John Congleton engineering, and one with Britton Beisenherz engineering. They each played on the record, as well as my friends Ricky Ray Jackson (Phosphorescent) and my former band mate Matt Pence.

Please tell me about the writing of your lyrics, is there anything new in this light that we can find in your album?

I continue to experiment with narratives and characters on the record, something I’ve done a lot of before. There’s some coming to terms with loss and adulthood, too. Life moving on.  I’ve written on those themes before, but they change, as one’s relationship with them does. So in my mind that’s worth writing about, granted it’s compelling enough to my eye and ear.

Early this year it was announced Centro-Matic will no longer exist. Is this a decision in order to full focus and make progress on your solo career? What keeps you hungry in this direction? Do you think you ought to fulfill anything you haven’t done at this point?

It wasn’t a decision to focus entirely on doing things solo. The band collectively had come to a point where it just wasn’t sustainable anymore. We didn’t really have enough time for it due to other life and musical commitments, and it was hard to ignore that. I didn’t want it to be a part time, or a hobby band. I also didn’t feel like I had another Centro-Matic record in me writing-wise, and thought that Take Pride…was an appropriate bookend. We were all getting along and playing about as well as we ever had, so we figured we should end things on an as celebrated note as we could, with a final tour. Not a lot of bands get to do that. We had it pretty good.

It would be great to hear in your own words what you think it means to be a “singer-song writer” and to make American folk music in 2016.

I’m still regularly searching out, and learning about new songwriters. I feel like the busier and louder and faster the world gets, there’ll still be an audience for quieter music.

Do you think new generations identify with the genre?

In my mind it’s still a needed thing, and I think new generations can identify with it and reinvent it in their ways. There’ll be changes and different fingerprints on it as time goes, but in all, I think quiet music will always have its place.

Do you think there’s culture and interest enough?

Maybe not in the mainstream, but it will have its audience.

From this perspective, do you find differences between the American and European crowd?

I do tend to think Europe has more patience and respect for it than the US does. I may be wrong, but I think for the most part it’s taken more seriously here than back home.

Do you bring a band together with you or do you perform alone on stage?

Have you ever been to a flamenco show?

I’ve never gotten to go to a flamenco show, but I would like to!

Would you find any similarities between flamenco and American folk music?

I’d be curious to see what similarities exist between that and a more traditional folk music show.

Thank you so much, Will.