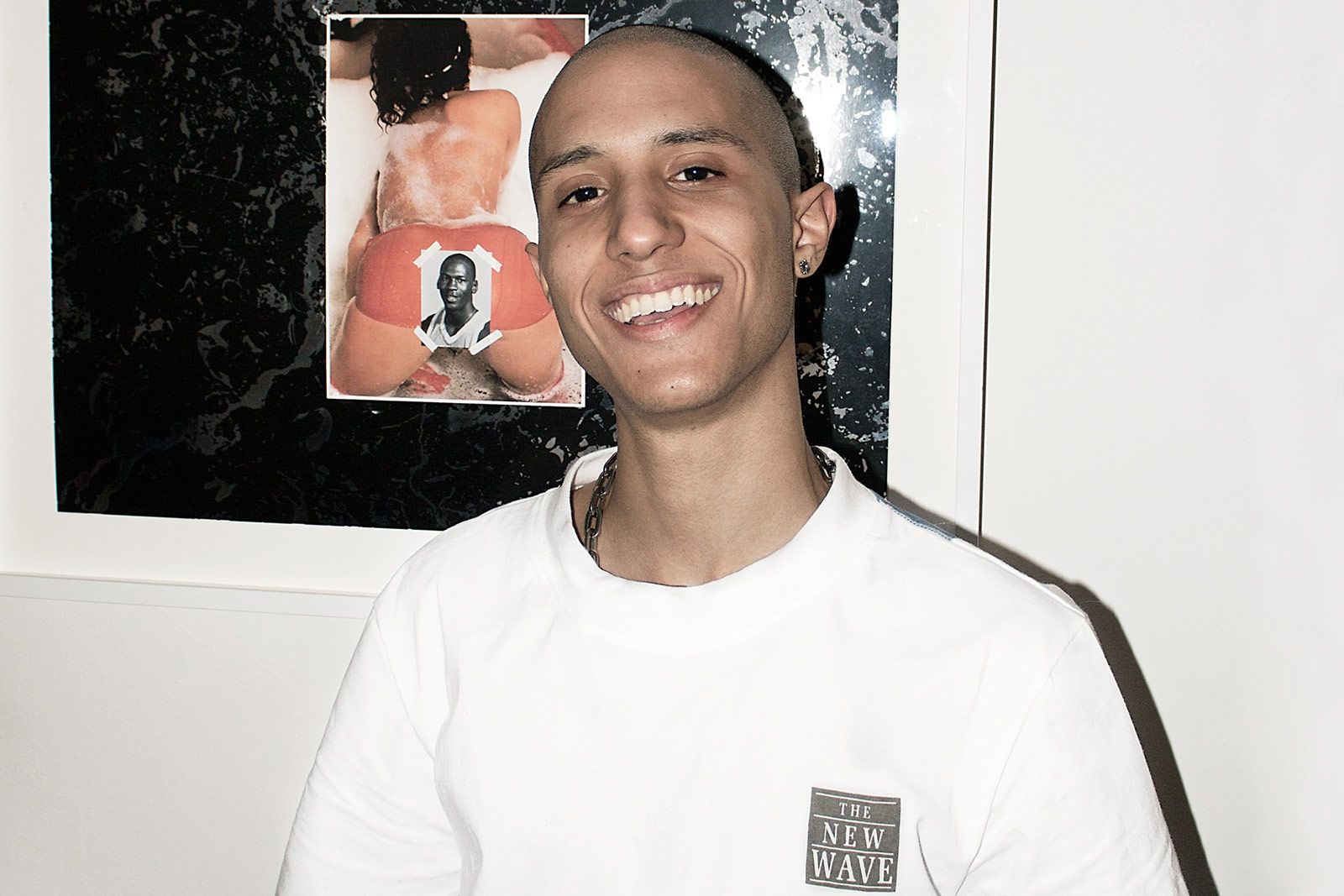 Wil Fry rose to prominence with his printed tees and bombers, notably the t-shirt emblazoned with his friend Ian Connor’s face that ended up becoming an internet phenomenon of sorts —even said to be a contributing factor to the broader acknowledgement of the subject’s cool kid status in the industry. Feeling like he’d ran out of things to say, Fry stripped back his louder aesthetic and put the parodies on the back burner. His niche became simple, well-cut and high quality basics, which the likes of Drake and Justin Bieber in particular have taken a real liking to. With his most recent collection featuring an on-point parody of the Vetements Snoop tee, it’s looking like the original humour is spilling from the seams of the brand and playing tug-of-war with the simpler garments that we’ve come to expect from Wil Fry. We talk to the designer about menswear’s current popularity contest, his favourite producer tapes at the minute and the irony of streetwear’s trickle-up to luxury.
I read that you started your business with little more than $100 and the good old internet as your platform. Can you tell us a bit about the process of going from an Aussie with an idea and some cool printed tees, to a NYC designer creating collections?
I moved to New York City in 2010 and got a job working at a boutique design studio. I wasn’t making a lot of money at the time, but I started making some graphic tees with the extra cash I had on the side. Slowly over time, people became more and more interested and I was able to connect with certain industry people, which acted as a catalyst to getting more exposure. I eventually decided to start selling more product online and wholesale and was fortunate enough to make some money which I then put back into the business in order to try and take things more seriously.
How easy was it for you to make that move from ‘internet brand’ to getting yourself stocked by retailers like Opening Ceremony and VFILES? Did you have to wing it or did you have experience to help dealing with the more serious stuff?
When I started doing graphic tees I had no experience with the industry. I was just navigating it on the fly upon request. When I started doing the larger collection I worked with a showroom downtown, which helped me understand how that side of things worked. 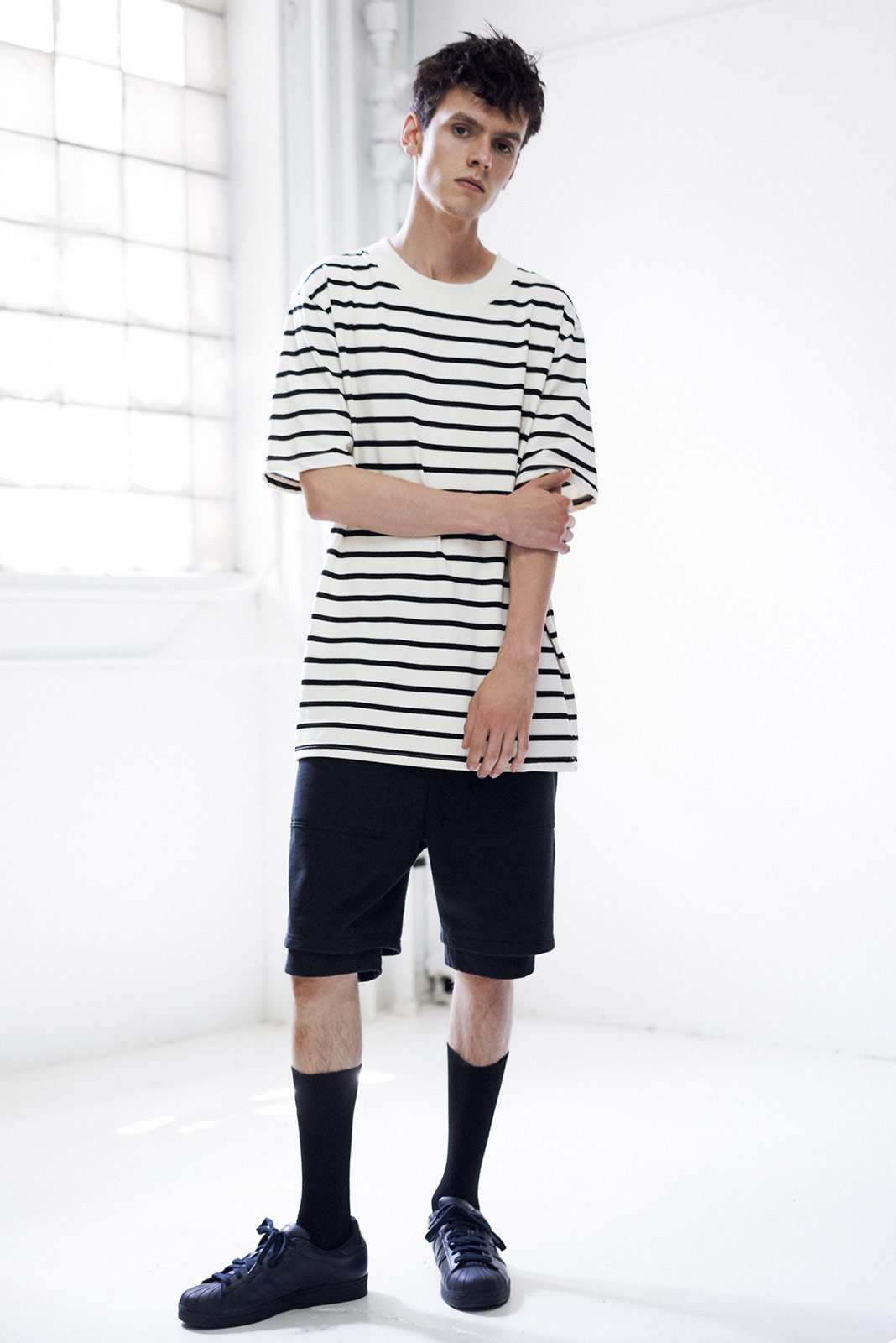 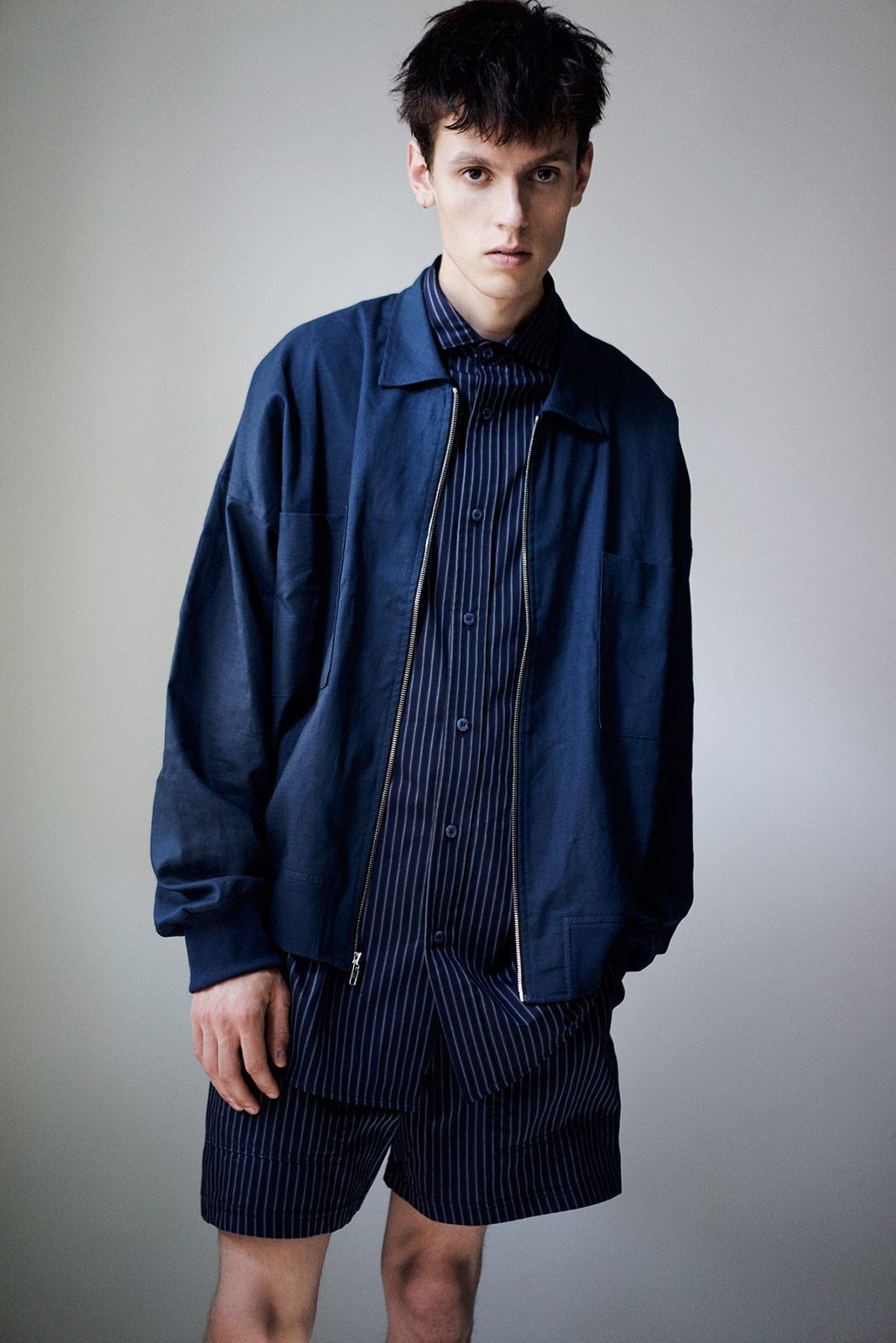 Your subtler collections that followed the prints focused more on quality basics, what prompted this quite sudden change of aesthetic?
I just felt that I ran out of things to say at the time but wanted to continue to make clothing. It was also a personal taste thing —I don’t often wear loud stuff, nor am I particularly extraverted, the graphic/parody stuff was always an extension of my sense of humour.
Are you a maximalist or a minimalist? Or perhaps both?
Both for sure. I appreciate both sides, there’s a time and place for both.
With newer pieces like your parody of the Vetements Snoop tee, can we expect a revitalisation of your original humour in upcoming collections?
Yeah, definitely. The goal in 2017 is to scale back and focus on doing good work and connecting with other interesting people.
If you were to describe your brand in three words, would it be the same three words that you would’ve picked if I’d asked you this when you were starting out?
Yes: “How I feel.” 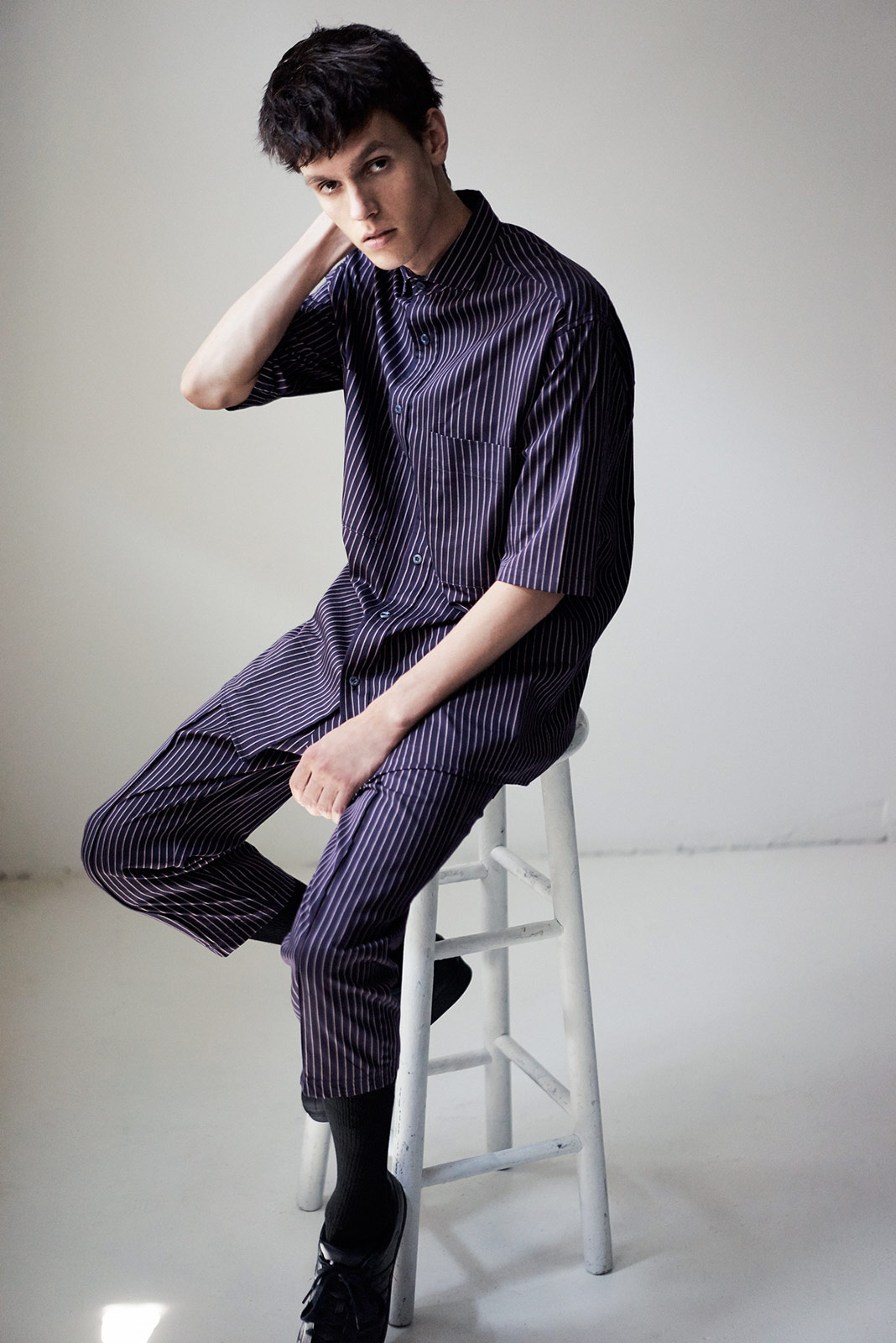 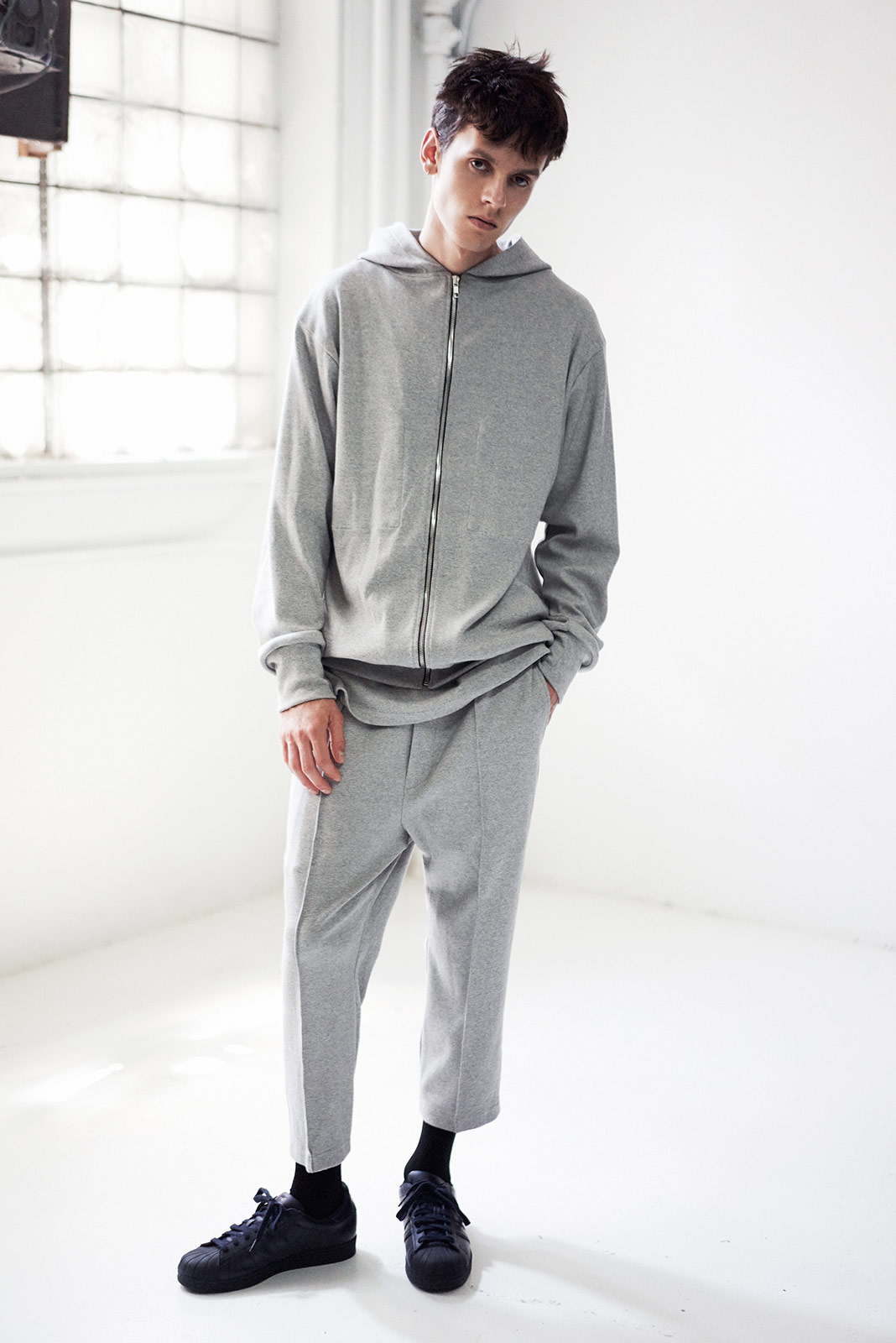 There’s a lot going on in menswear at the moment but what do you make of the industry as it currently stands?
I try to distance myself from it for the most part as it can often feel like a popularity contest. The ‘It’s The New Wave’ print is somewhat of a response to my feelings towards the industry at the moment —serves as commentary towards the notion of being cool by association.
It was back in 2014 that your printed garments rose to prominence and still now, this logofication and the concept of the ‘real’ fake is something that’s of paramount popularity. Do you think that the lure of the logo is something that always has a relevance?
Yes 100%. I think it just comes down to good or relevant branding.
Gucci’s an obvious one just now amongst other high fashion brands pushing the logo. What do you make of the symbiotic relationship between high fashion and the street; how they inform each other?
I thought it was brave and rad of Gucci to hire the GucciGhost artist to deface their product, but this wasn’t a new concept, it instantly reminded me of the Sprouse collab when Marc Jacobs was at Louis Vuitton. High fashion has been borrowing from street since as long as I have been paying attention.
There’s always been an element of that trickle-up from streetwear to luxury but it feels more obvious now. Do you think there’s an uncomfortable irony to that or is it just how it is?
I think a lot of the irony you mention can be attributed to how accessible everything is now. But there is certainly a way that luxury brands can do it tastefully. 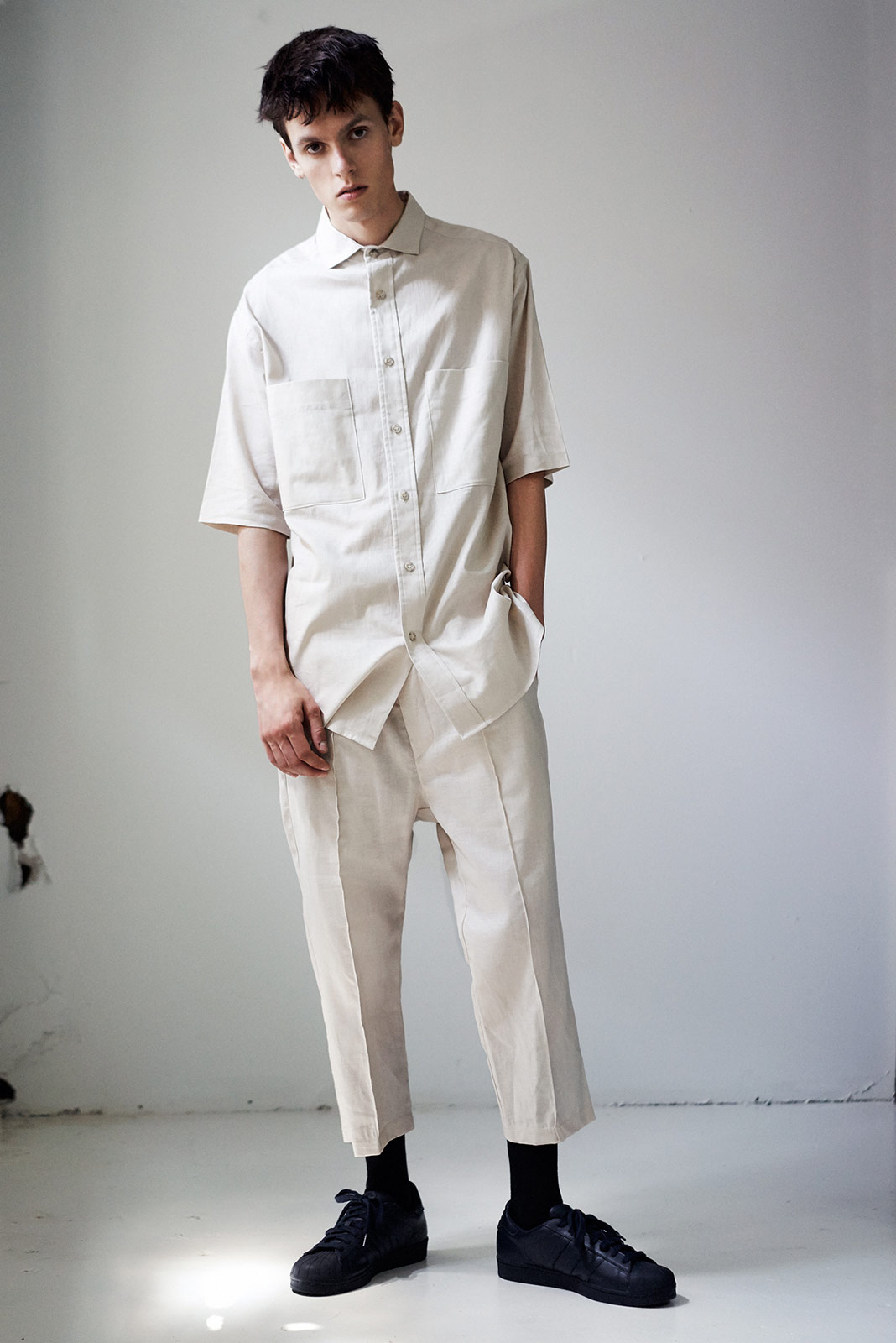 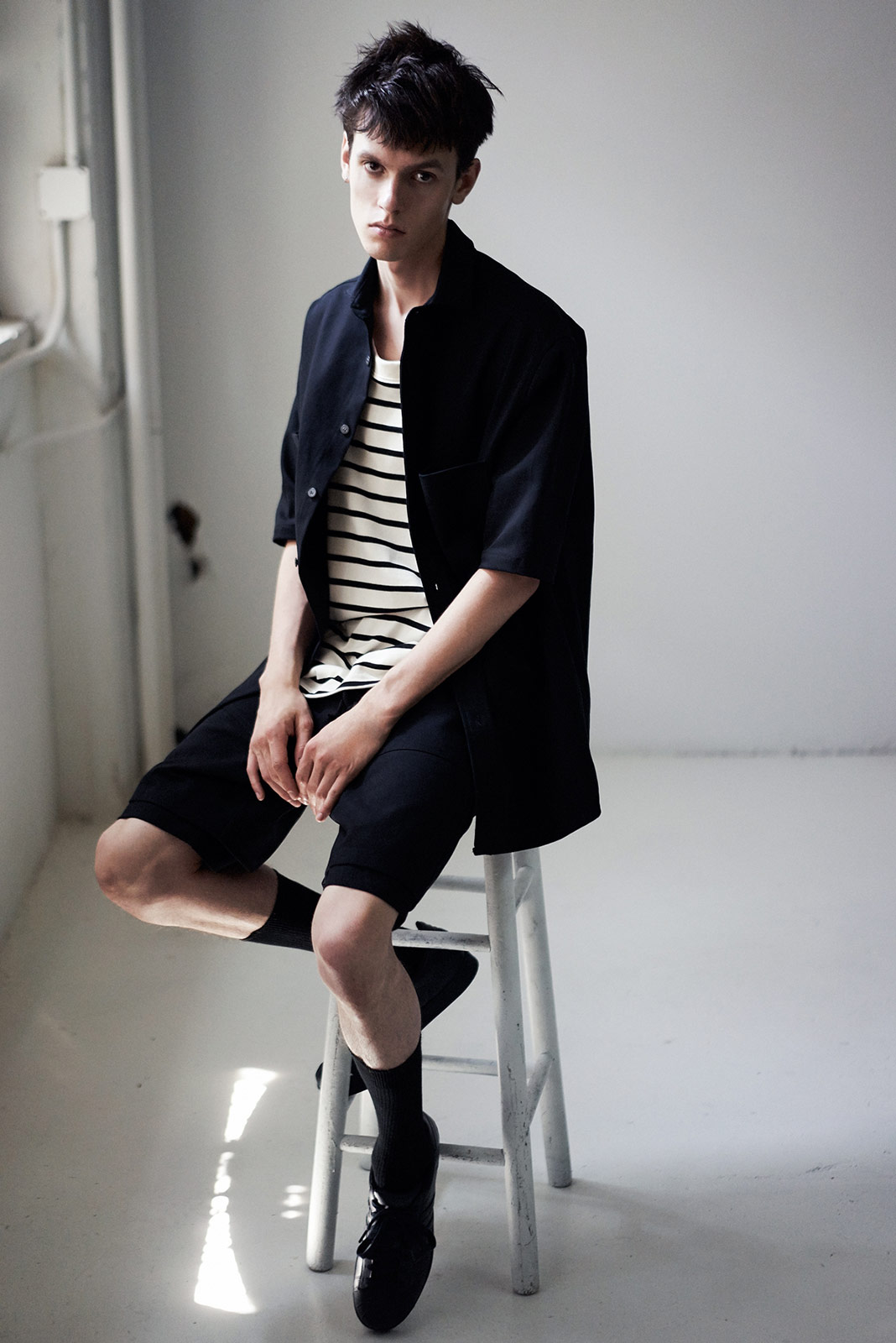 Which brands are doing it right in your opinion and what is it that they’re doing so right?
Acronym, an independent label who have been hyper consistent since they started. They also made the best sneaker of 2016 year with Nike. I also find Palace really amusing to pay attention to —the way they present their products online, the product descriptions always make me laugh. The latest look-book they did with Adidas was also hilariously well-done.
What music are you into right now and how do cultural elements like music inform your design process?
I’ve been hammering these leaked Burial tracks all day. I promise I will pay for them when they are available to purchase. Other than that I try to listen to as much as possible, but find myself mostly listening to producer tapes —Gila and Dark0 both had really good EP’s recently. There’s a new K9 (grime artist) tape that’s about to drop –-it’s really hard, I have been hammering that this week too. I also really like Sporting Life’s Slam Dunk series. I listen to music while I work, so from that perspective it's an extension of what I find interesting and ultimately, how I feel.
Can you tell us a bit about references for next season’s collection?
My reaction to what's going on in the industry and around me.
What projects do you have in the pipeline that you can fill us in on?
I am going to launch the It’s The New Wave tee and skateboard deck with 424 (a store in LA) shortly and then work away on new printed tees through the new year. 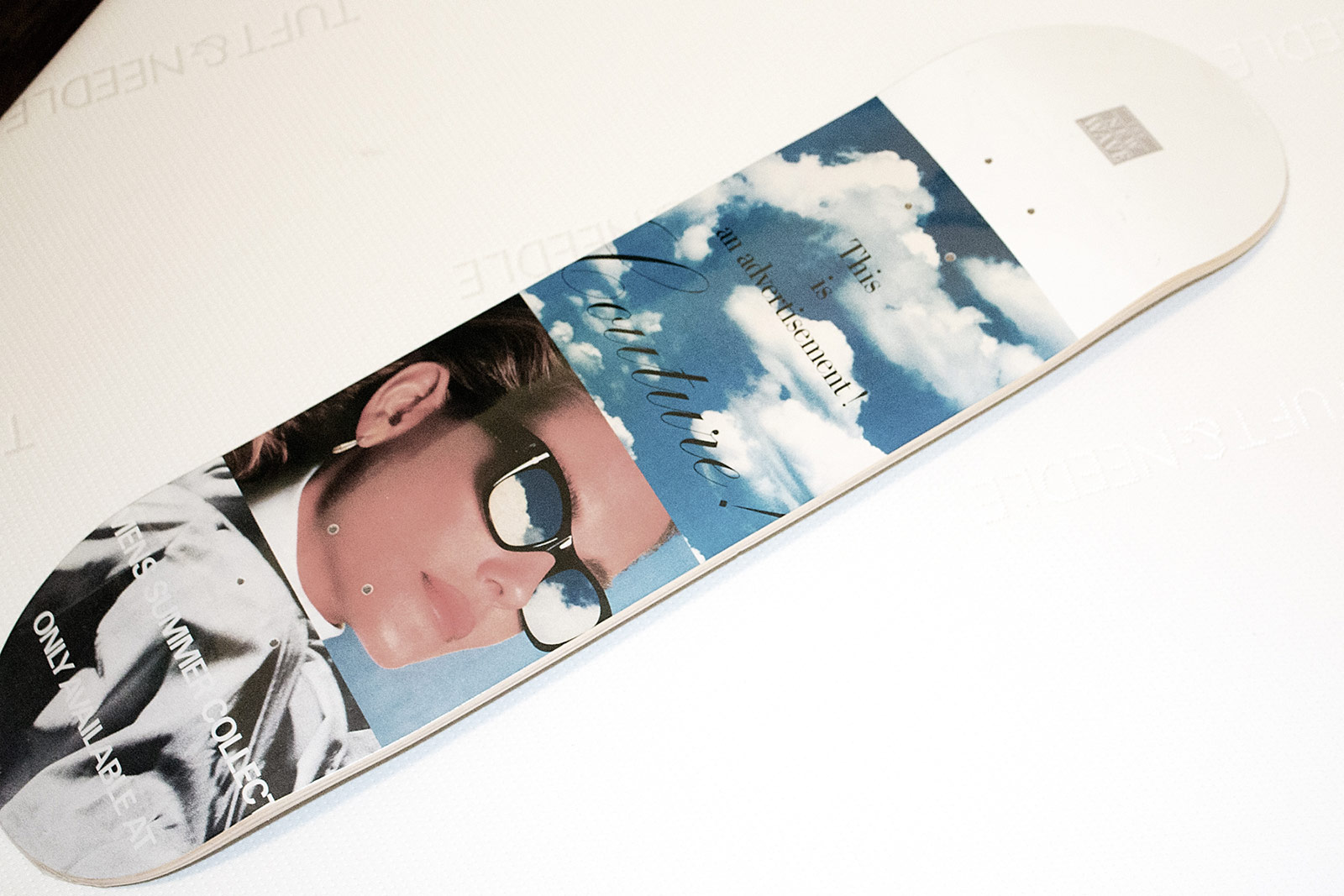