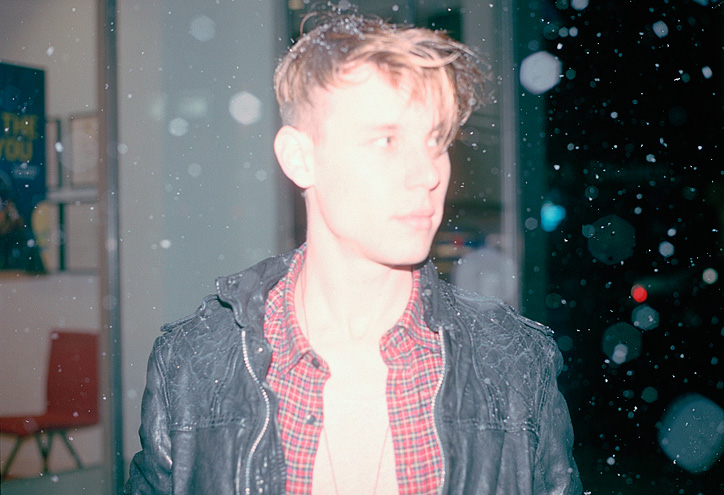 Ward Roberts is living the dream that proved too risky or too challenging for others. The Australian born artist has travelled the world pursuing a love of art, citing his natural flare for architectural photography to his international upbringing. In this interview we talk with Ward about the diversity of cultures, his best-known series Courts and maintaining control in art and in life. We see the artist letting go a bit, expressing his true passion for what he does. But it’s not all sunshine and rainbows – Ward describes the difficulties of not only being an artist in New York, but also in the competitive digital age, where anyone and everyone can be a photographer.

Could you tell us a bit about your artistic background? When did you consciously decide to pursue art as a career?

I guess it’s that age old thing of me not choosing it but it choosing me. Being an artist is a very challenging career path, so a part of me was always saying, “no, this isn’t what I should do”… But it got to the stage where it definitely chose me. I’ve been shooting for over ten years now, I started in the dark room of my high school when I was going through a very traumatic time and it was sort of my vice. I would skip as many classes as I could and spend days on end in there just experimenting. Art is my therapy – whenever there’s a time where the world becomes overbearing, it’s my go-to.

You were born in Adelaide, grew up in Hong Kong and you’re now residing in New York. Has your international upbringing influenced your artistic style in any way?

Obviously this international upbringing has influenced me most architecturally, I’m really influenced by how it varies from city to city. I also think different cultures filter into my work. At the moment I’m working on a New York series and elements of the culture here are definitely present in it. The culture in New York can be so different to the rest of America.

What is it about American culture that specifically interests you?

I think it’s that expectation of “oh we all speak English so we’re bound to be similar”. In reality it’s so diverse; it couldn’t be more foreign to me. I feel more connected to Hong Kong and the people there than I do with some of the American’s in New York. And a lot of my other artist friends can relate, especially the Australian ones. They all say the Americans are so different; they’re strong willed, set in their ways and very passionate.

It’s so subjective; it’s like saying what’s the best song in the world. While some people will love a certain photo, others will hate it. Obviously, in the digital age, everybody’s a photographer so the level of skill has been pushed. You’re not just an artist or a photographer, you have to be tenfold and you have to be on top of your game. I love photographers that push the boundaries and try something a little different, but of course that’s hard to realize and define.

We see many photographers nowadays choosing to shoot in analogue over digital. What is it about shooting in film that specifically appeals to you?

I’ve always had this mentality. I think it was when I had recently graduated, I was assisting a few photographers and everyone thought I was an idiot, like “why the fuck are you shooting in film?”. Film is done and it’s dead forever – digital is the new age, so throw yourself in and embrace it. I was really stubborn because I almost take photos like I paint, I take my time. I’ll shoot one frame rather than ten, or fifty or a hundred as it happens in the digital era. To me it’s more organic, it’s like I’m painting a canvas where I’m slowly processing the light and the landscape and then I capture it. Digital doesn’t allow for that or that kind of subtlety or gradience.

You have garnered quite a lot of attention from your series Courts, particularly its controlled, almost model-village-like quality. What inspired the series?

You mention the word ‘controlled’ and it’s something I like to bring to my work. Despite the fact that it’s really controlled, I also like to bring an element of spontaneity. Something to take wind of the photo a little bit. And as for the model village quality, a lot of the popular images were in Hong Kong despite the fact that I shot in New York, Melbourne, London, Bali, Bermuda and Hawaii. The diversity, lines and structures are what I find so fascinating about architecture. It’s interesting to see how people connect and relate to each other despite being from different cultures. To me this is also embodied by sport. It’s something that’s done without talking and is essentially a language itself that transcends culture. That was sort of the inspiration behind the series.

You have recently collaborated with Zé Studio for a series of prints. I’m interested to know how the process of collaboration was for you and how it differed to working independently.

I had been working with Jo, the director of Zé studio, for a few years when I approached him because we have the same visual language. We connect a lot in terms of minimalism and structure, but also in terms of a lack of structure because we don’t want it to be too cold. I find that if it’s too organized and structured you lose that something, that je ne sais quoi if you will…

The prints have a minimalistic precision to them. Do you always maintain an element of control in your art? Is this also true of your temperament?

I suppose there have been times, especially in New York, where I’ve had to have a certain amount of control, which is why I’m very structured in my work. Obviously I’m one of those people who loves to have control but, at the same time, there’s nothing better than when I’m able to let go. It’s all about finding that balance. I love contradiction, it’s that thing of being connected yet disconnected. You’re constantly questioning which one it is.

How do people perceive your work generally? What particular feedback has stuck with you?

The thing that I love about what I do is that I get positive and negative feedback. I love it when people are able to connect to my work on an emotional level or at least relate to it in some way. As I’ve said, I’m fascinated by human connection, especially in this modern era where we’re the most connected we’ve ever been but at the same time we’re the least connected. I love it. And yeah, I receive emails and I get regular fan mail and it’s fantastic. Getting people from all over the world wanting to work for me or intern for me is the best feeling.

What has been inspiring you lately?

I’m really excited about a new series I’m shooting in New York. I’ve got two that I’m working on… One is very personally related to my health and the other is more closely related to New York as a clustered city. I’ll hopefully be releasing them later this year.

Can you tell us about any future projects?

One series connects landscapes with portraits. In comparison to Courts, it’s quite relatable while offering a new flavour. I’m hoping to get it published this year in a book. I’m also publishing the Bracket series with Zé Studios in a book. I’ll be working on a really interesting collaboration, an installation.

Have you ever done an installation before?

This would be the first, and we’d love to do it on a really big scale, we just have to find a big space with potential and other people that are willing to collaborate. I’m also shooting a still life series that’s to do with my health on a personal level yet as a whole as well.

And lastly, how is it to be an artist in New York? 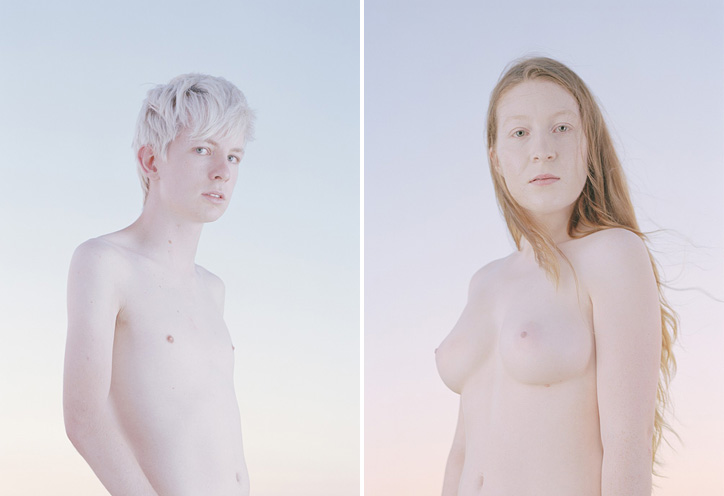 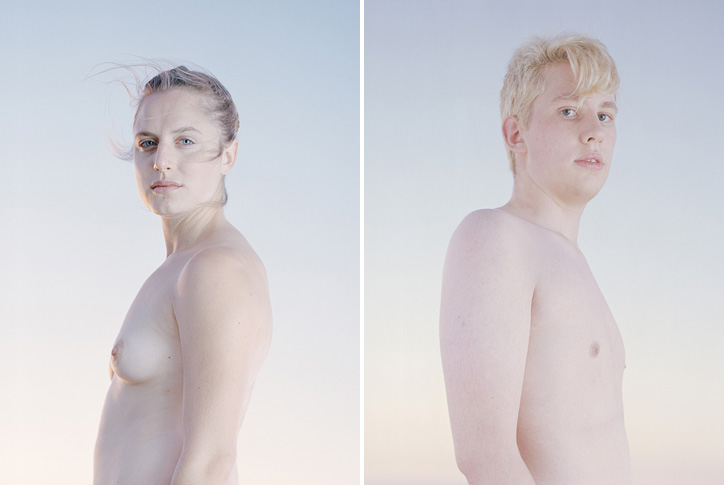 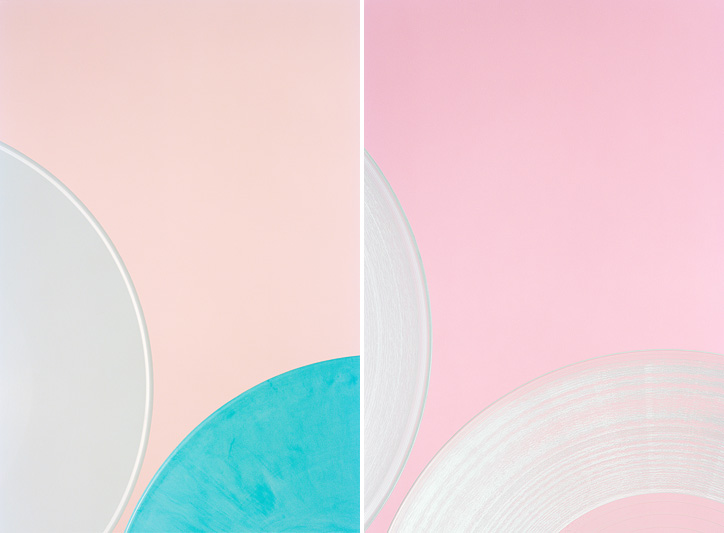 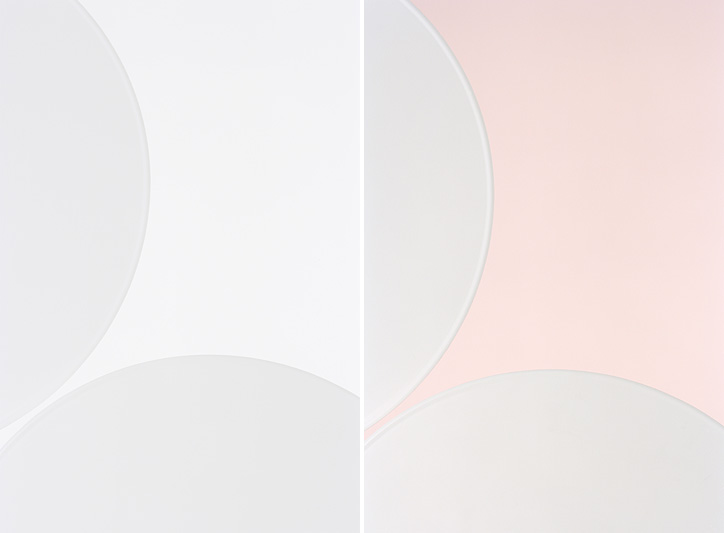 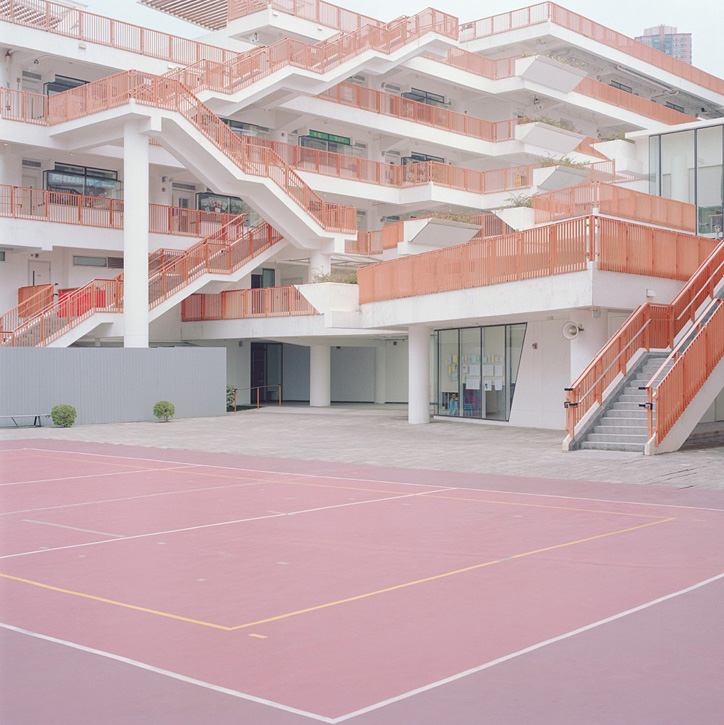 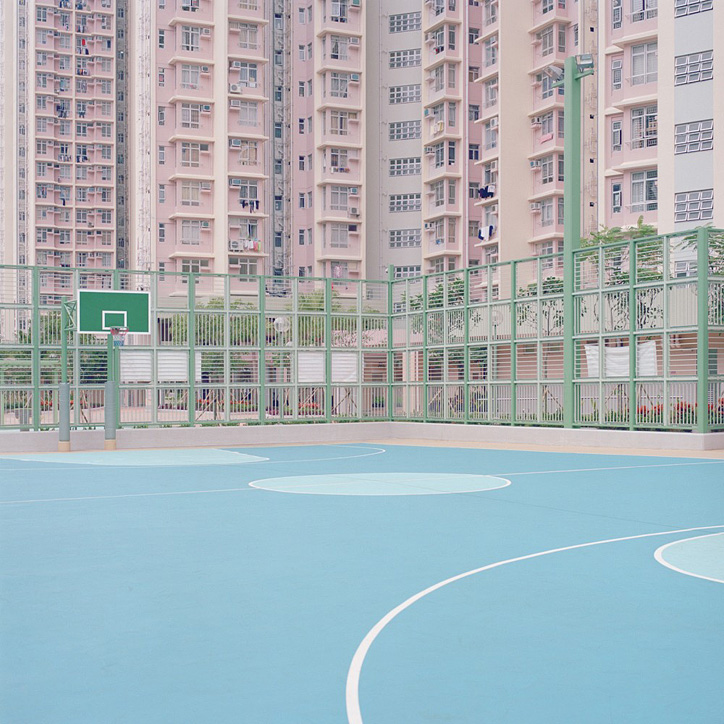 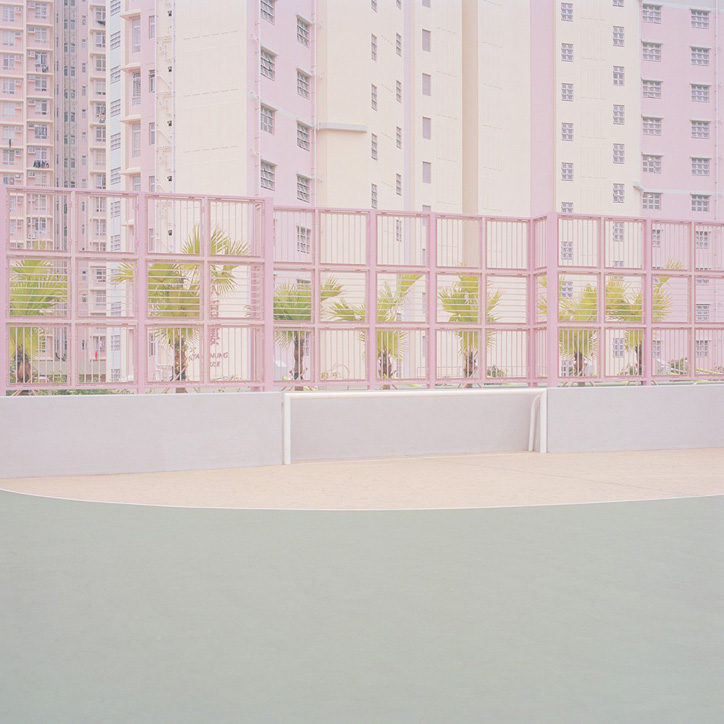 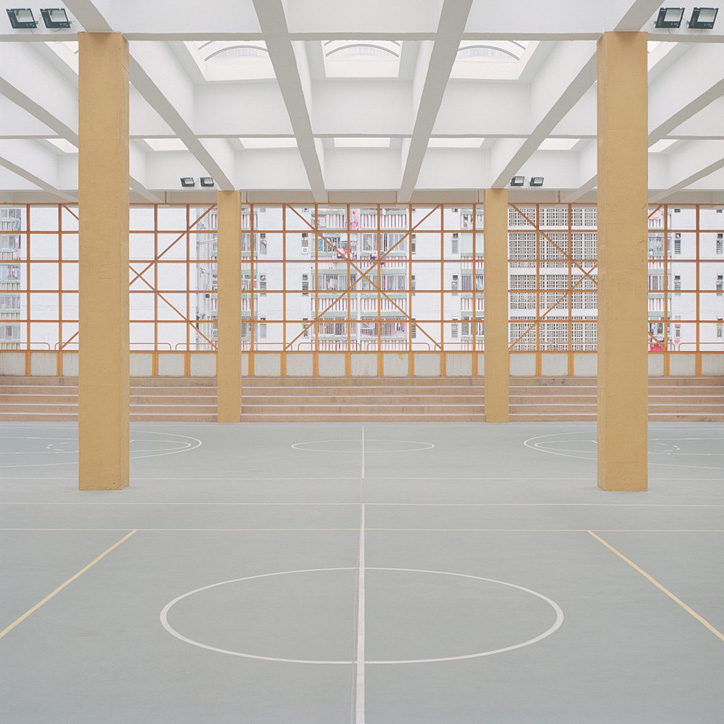 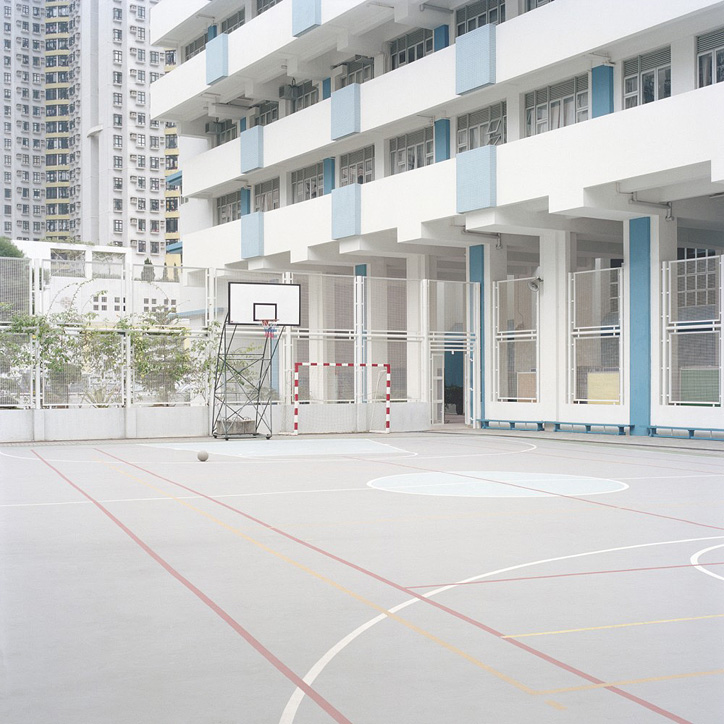 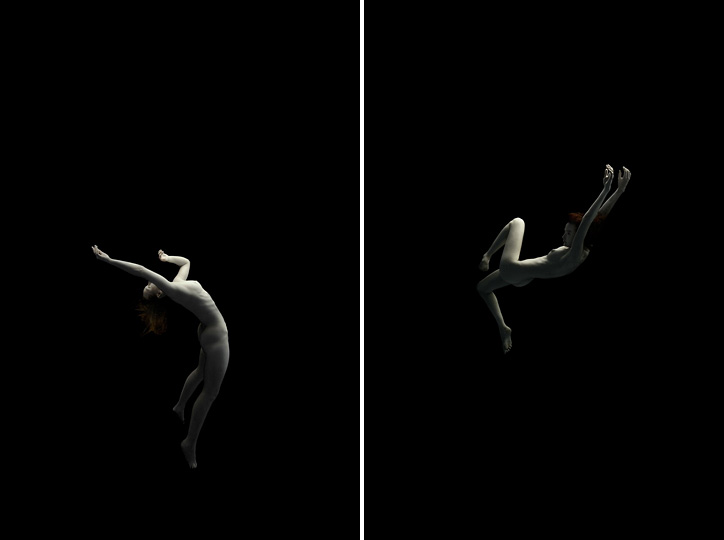 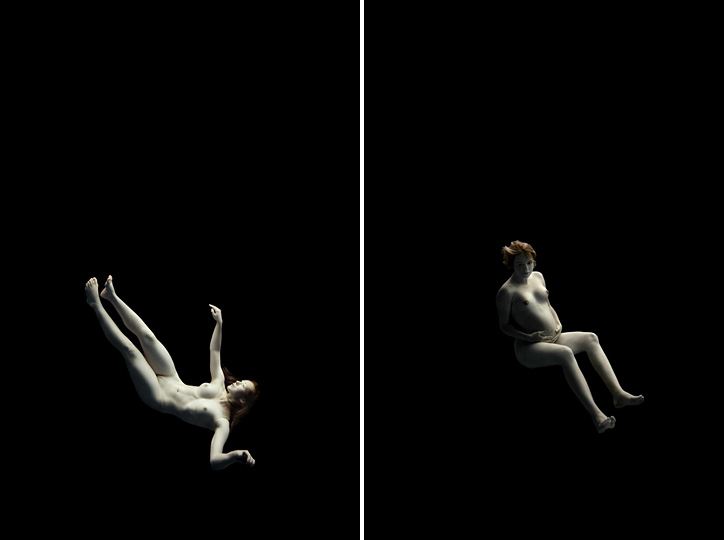