Revealing what you never saw 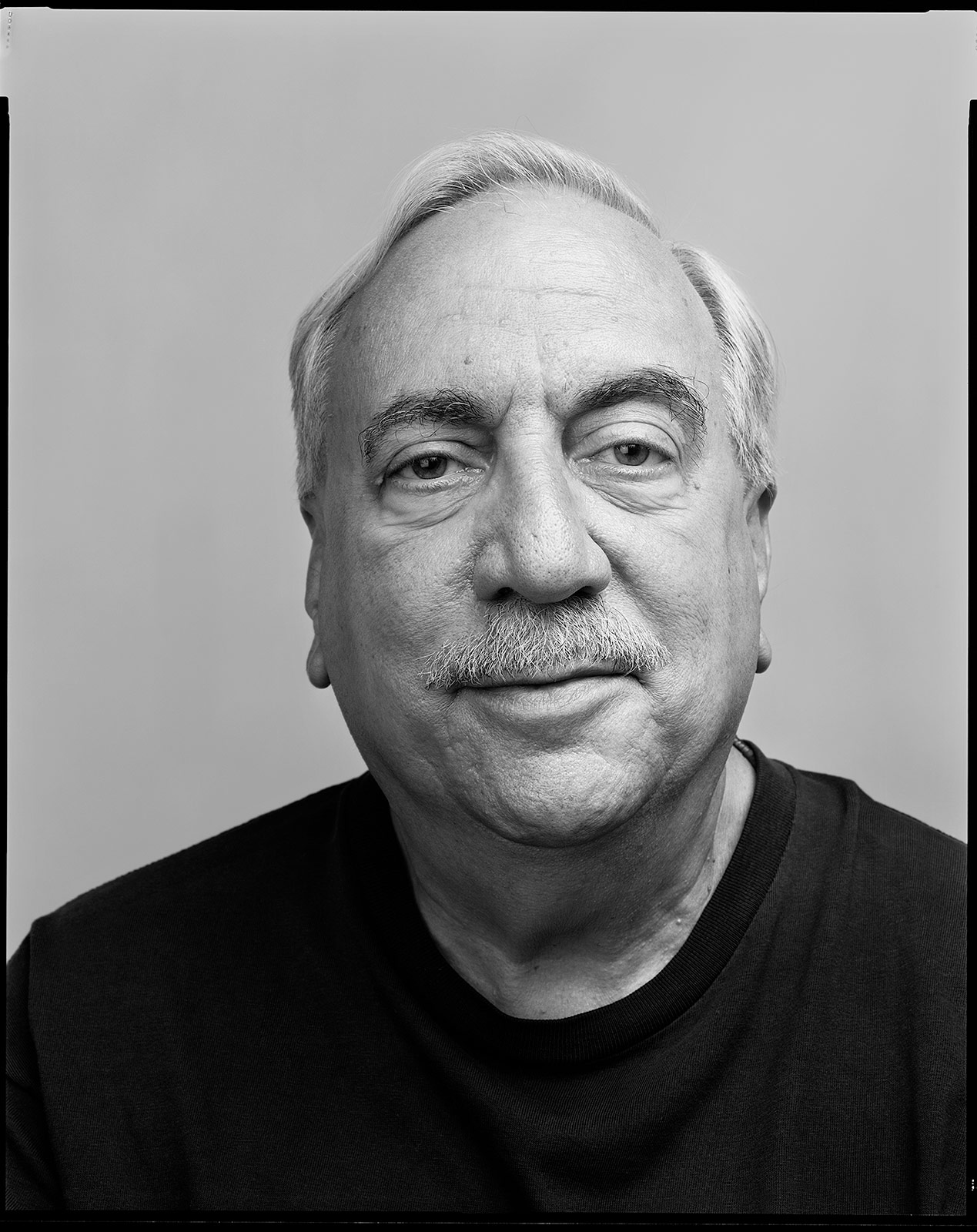 The renowned writer and curator Vince Aletti has been amassing heaps and piles of magazines for decades now, owning what’s probably one of the largest collections of magazines. For his new book, Issues, published by Phaidon, Aletti has personally selected one hundred significant fashion magazine issues from his expansive personal archive, revealing images by photographers rarely seen in their original context and drawing attention to all the important photography that fashion magazines have published over the past nearly one hundred years. “The best fashion magazines are eye-opening collections of smart, avant-garde photography and art. I wanted to open more eyes”, the master of magazines tells us. Discover what else he has to say. 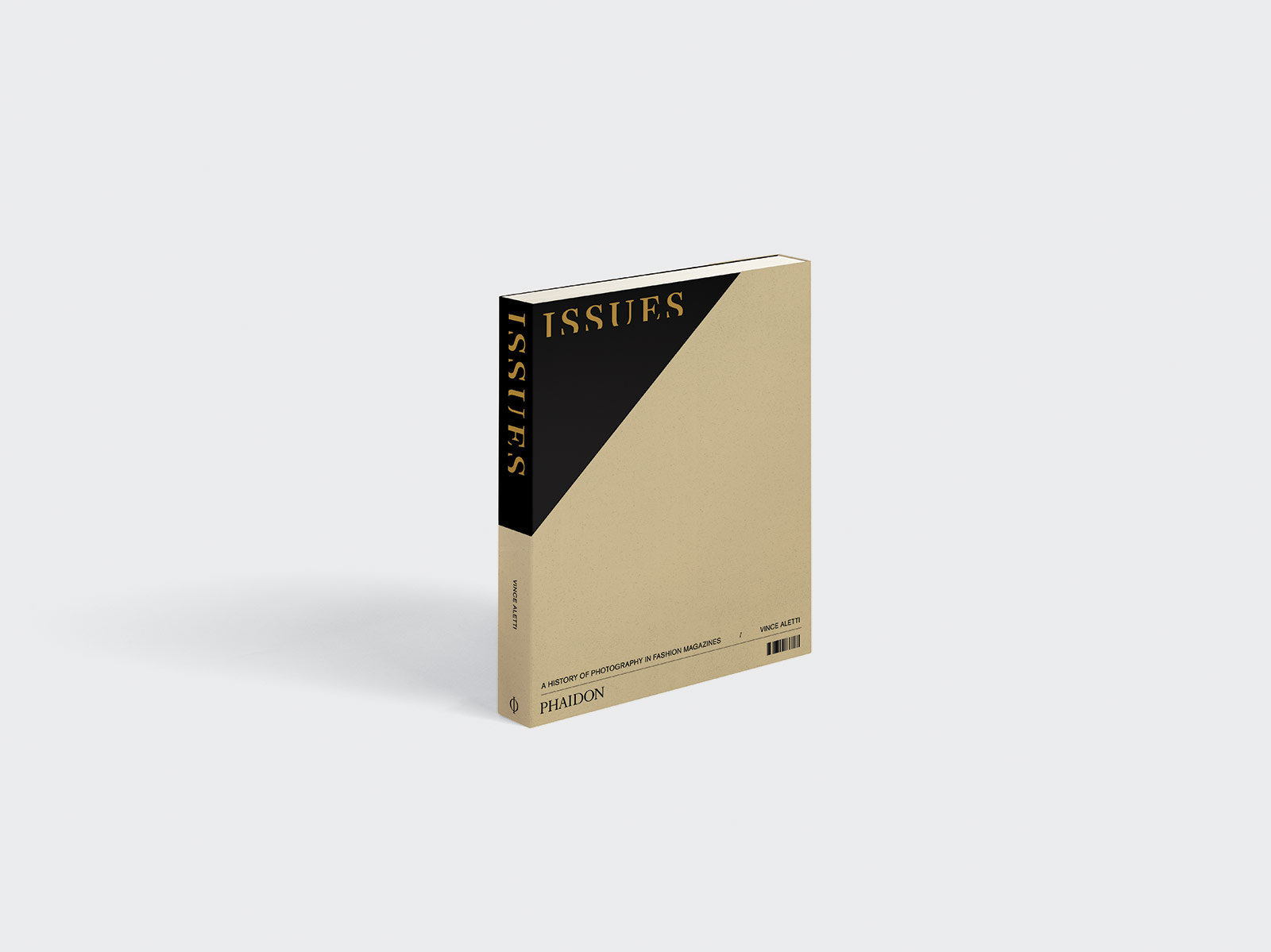 Mr Aletti, you are a writer, curator, critic and collector. It seems to be already known that you cohabit with thousands and thousands of magazines, probably being the owner of the largest personal collection of magazines in the world. Could you give us a deeper insight into your archive, what kind of magazines do you tend to amass?
I’m sure there are other substantial collections of magazines in private hands, but I do have a lot, nearly all of which reflect my interest in photography and graphic design. The bulk of my archive is fashion-related, including nearly complete runs of American Vogue and Harper’s Bazaar from the mid-1920s to the present. But I have vintage issues of all sorts of things, from Fortune (for its Walker Evans material) to Domus (for William Klein’s covers) to Show (Diane Arbus, Irving Penn, Saul Leiter). These days, I tend to pick up every important European fashion magazine, but outside of that area, the range remains pretty broad: Holiday, World of Interiors, Apartamento, Luncheon, Artforum, Physique Pictorial, Kink.
Your collection is the basis for a new book called Issues, out from Phaidon, which focuses solely on your collection of fashion material. When did your passion for print and collecting magazines start? And at what point in the history of fashion magazines does the book start?
My obsession with printed matter started early. I had a subscription to House & Garden when I was 14 and started buying all the classic George Lois issues of Esquire not long after. I began to focus on fashion magazines in college, in the 1960s, when their editors and photographers were as excited as I was about Pop culture. But Issues starts much earlier, about the time when photography began taking over from illustration in fashion magazines. The first issue in the book is a Harper’s Bazaar from May 1925 with extraordinary Baron De Meyer material.
Do you judge a magazine by its cover?
Yes! Although I included a number of magazines in my book that had less than brilliant covers, the cover is usually what draws me to a magazine in the first place. Over the years, they’ve provided prime positions for work by Horst, Beaton, Blumenfeld, Penn, Avedon, Warhol, Newton, and Meisel. When it comes to new magazines, I have a hard time buying one with what I consider a bad cover, but if the contents are great, I can get over it. 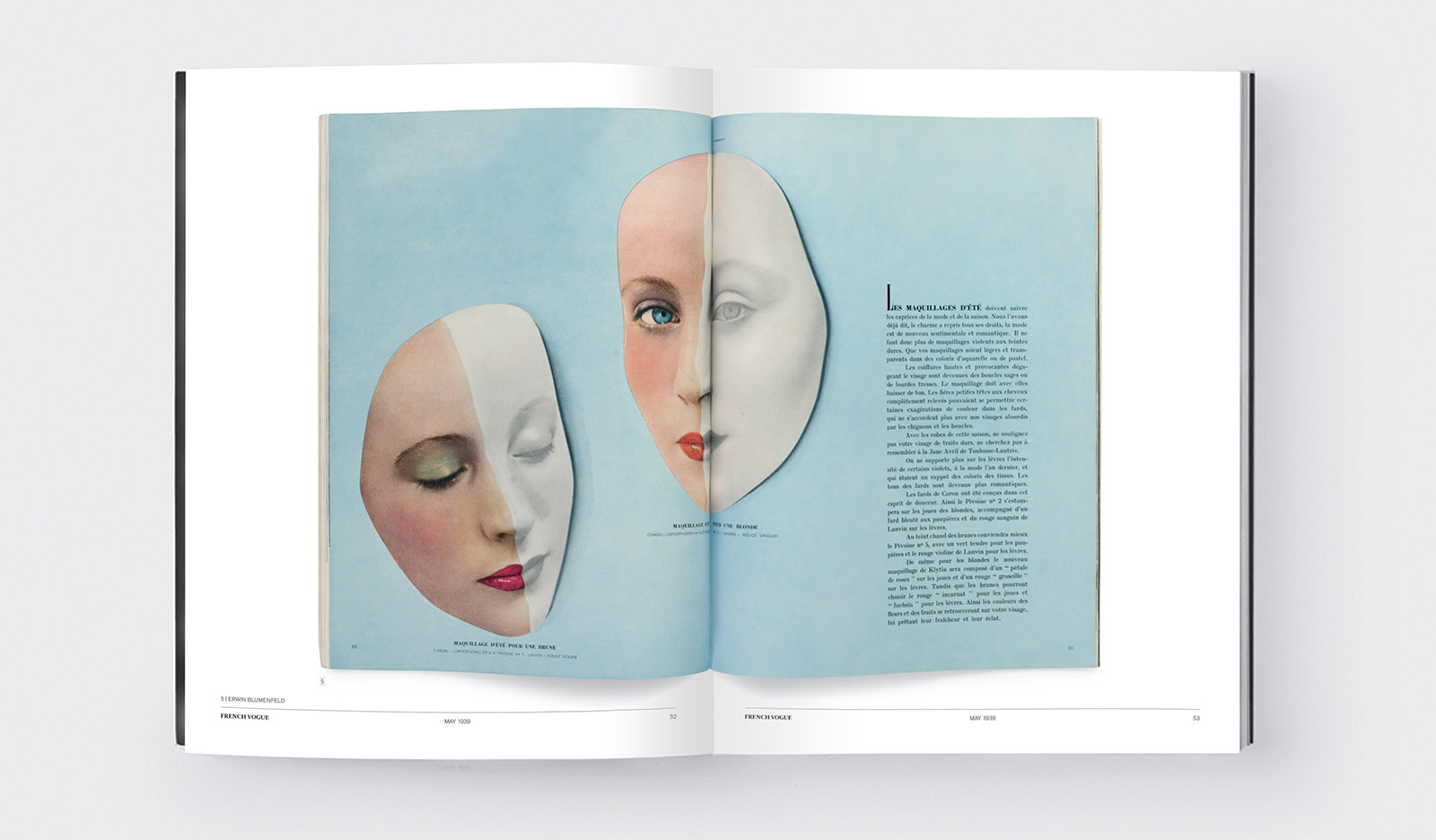 French Vogue, May 1939, Erwin Blumenfled; from Issues: A History of Photography in Fashion Magazines, Vince Aletti, Phaidon (pages 52-53)
Issues is the first survey to explore the history of photography through the lens of fashion magazines, spanning the years 1925 to 2018, and through a selection of one hundred significant magazine issues from your archive, revealing images by photographers rarely seen in their original context. How did you carry out this selection? Did you always have clear which were the issues you wanted to feature?
I began the project with a short list of magazines that I thought best conveyed my point about fashion magazines as environments for great photography of all sorts, including Lee Miller’s shocking images of bodies piled up outside a liberated concentration camp in Germany (Vogue, 1945); Lisette Model’s New York street scenes (Harper’s Bazaar, 1946); and Irving Penn’s Small Trades series of workmen in New York, Paris, and London (Vogue, 1950). Although several issues were included because of a single iconic image (Horst’s Mainbocher corset, for example), that image was rarely without substantial support and most issues are packed with great work.
What is the motivation behind Issues? How did this project start?
I wanted to draw attention to all the important photography fashion magazines have published over the past nearly one hundred years, much of it having nothing to do with fashion. And I knew that a lot of the best fashion photography doesn’t get seen outside the magazines that publish it. Unless you’re looking at virtually every European and American fashion magazine out there, you probably haven’t seen most of the contemporary work in Issues, very little of which has been published or exhibited in any other context. The best fashion magazines are eye-opening collections of smart, avant-garde photography and art. I wanted to open more eyes.
Issues presents rarely published images of distinguished photographers such as Richard Avedon, Cecil Beaton, Edward Steichen, Toni Frissell, Irving Penn, Diane Arbus, Collier Schorr, Inez and Vinoodh, Juergen Teller, Bill Cunningham and Cindy Sherman, as well as lesser-known photographers from the early twentieth century until today. The magazines include the American, British, French and Italian editions of Vogue, Harper's Bazaar, The Face, Pop and W. If you had to choose a favourite series of photographs, which one would it be?
Every entry in Issues includes favourite work, so this is a difficult choice to make. But I keep coming back to Diane Arbus’ work for Children’s Fashion of the [New York] Times in the late 1960s, partly because it’s very rare to see her photographs in colour but mostly because it’s as charming as it is quirky. Also: every cover Steven Meisel did for Italian Vogue. 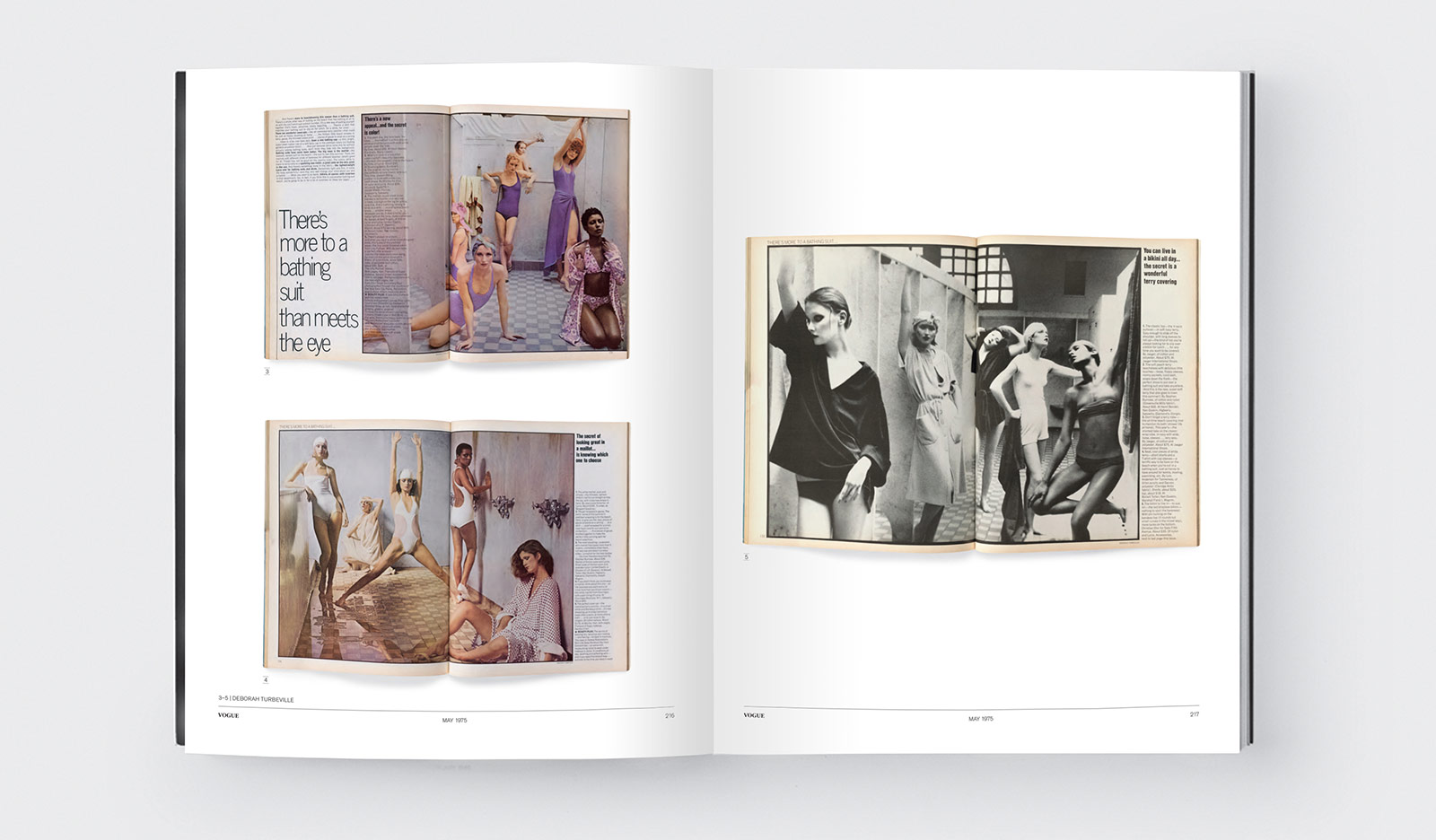 Vogue, May 1975; Deborah Turbeville; from Issues: A History of Photography in Fashion Magazines, Vince Aletti, Phaidon (pages 216-217)
You previously said that your interest in magazines stems largely from photography rather than fashion. Nonetheless, what does fashion photography have that other typologies don’t according to you?
The best fashion photographers are relentlessly inventive, always finding new ways to show a figure in clothes. I’m not particularly interested in fashion but I like the fictions and atmospheres photographers devise to show it. In the 1990s, when so many gallery photographers (Gregory Crewdson, Jeff Wall, Cindy Sherman, Philip-Lorca diCorcia) were staging their work, it was impossible not to compare those photographs to what fashion photographers had been doing for decades, to little or no attention. I want to focus that attention back on fashion photographers.
Photographically speaking, what have been the most relevant years in history for fashion magazines?
There are a number of relevant periods, beginning in the 1930s with De Meyer, Steichen, Horst, Hoyningen-Huene, and Toni Frissell, all of whom helped to invent the modern fashion photograph. Avedon and Penn redefined the genre in the ‘40s and ‘50s – Avedon most radically, but both artists went well beyond fashion, increasing the cultural impact of the magazines with portraiture and, in Penn’s case, still life. Every subsequent decade had its stars, from Hiro, Saul Leiter, Lillian Bassman, and Deborah Turbeville to Helmut Newton, Guy Bourdin, and Frank Horvat. We need more perspective on recent times, but Bruce Weber, Steven Meisel, and Steven Klein dominate and have been remarkably influential.
I see Issues as an ode to print magazines. While publishers talk about embracing the digital future, I feel that your new book encourages everyone to appreciate the photography in a good glossy read. How do you see the future of magazines?
While people are talking about ‘the death of print’, scores of magazines are getting bigger and more ambitious, more adventurous. I can’t imagine a future without a magazine open on my lap. I know I’ll never run out of vintage ones, but it’s the new ones I value the most – the ones that play with the format, subvert expectations, give us (to paraphrase Diana Vreeland), “what we never knew we wanted.” 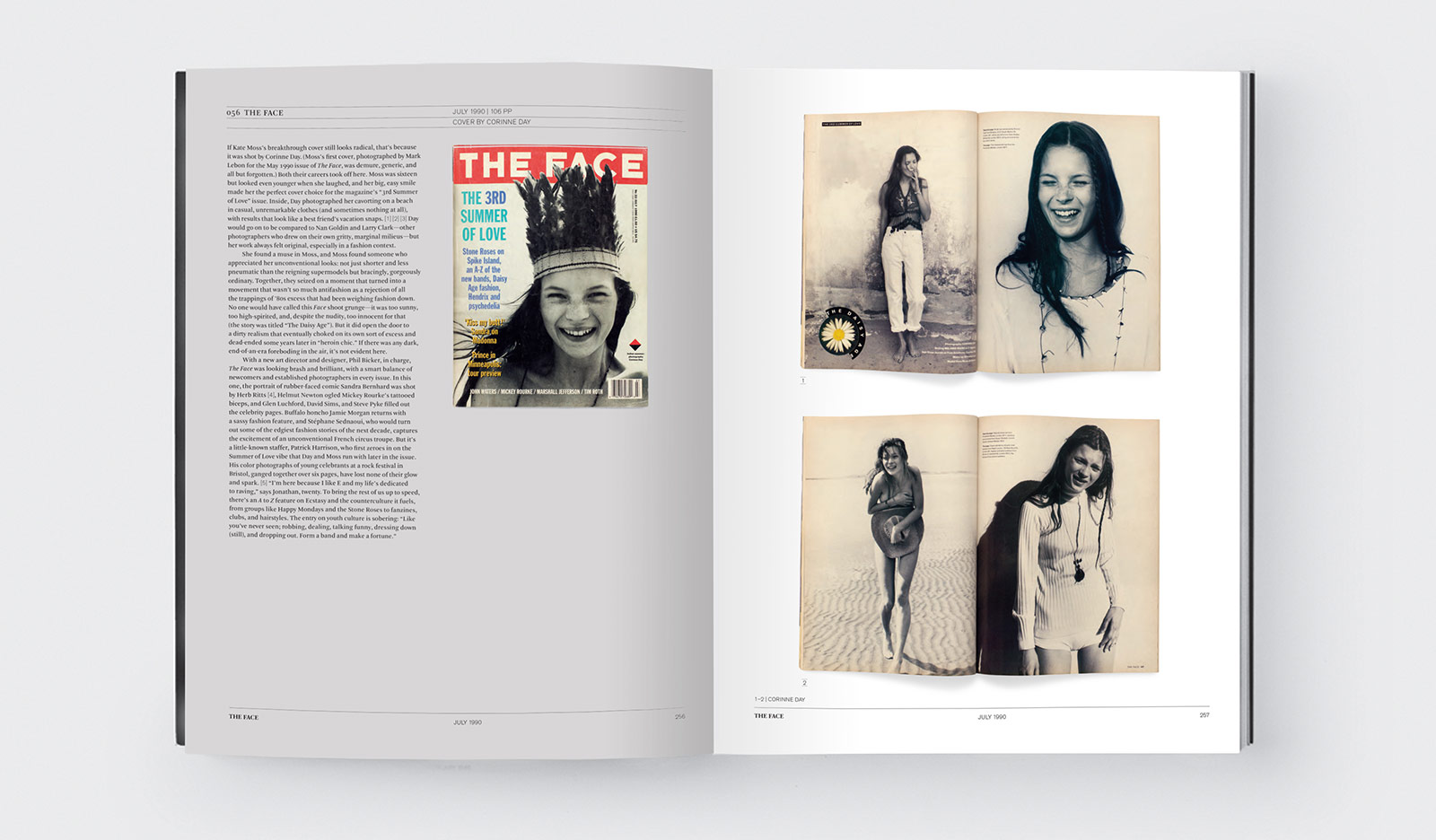