Return to the cave 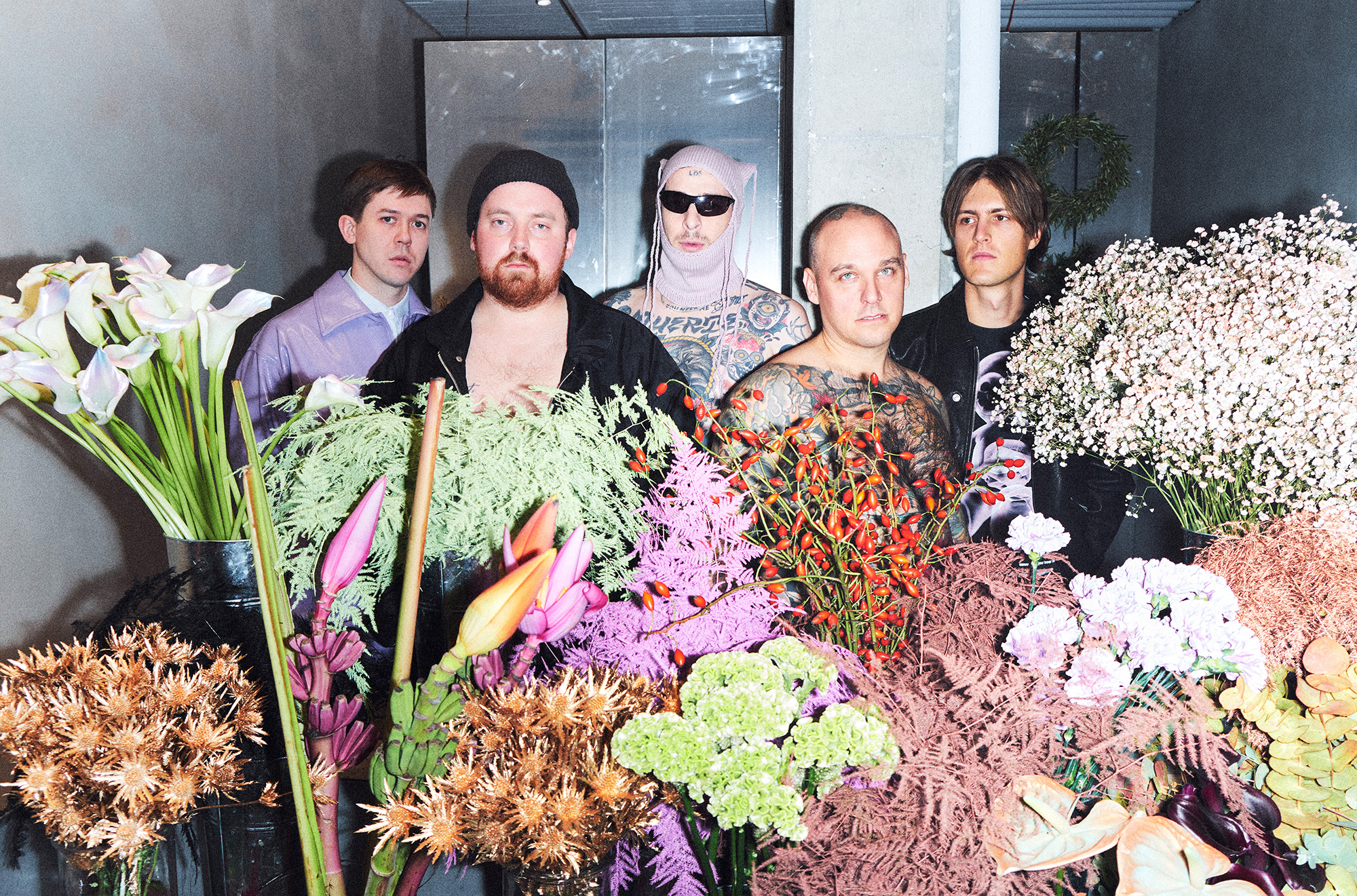 “I can't believe it, when I was younger none of this existed. Everything was fine, everything was perfect and now it's ruined!,” screams Sebastian Murphy in satire of anti-vax conspirators. As the name might suggest, Viagra Boys is a band with a biting sense of humour. The Swedish post-punk group matches their expansive sonic influences with an eclectic slurry of references. Following a tumultuous, yet wildly productive couple of years, the band is on world tour, and has just released their third album, Cave World.
Their tightest sounding yet, Cave World takes its aim at our current post-truth era: at the ranging absurdities of the modern age. As the lead singer, Sebastian Murphy barks out a conspiracy filled tirade on Creepy Crawlers, wailing on about the threat of vaccine microchips, it is clear the band is able to find humour in the frightening rise of increasingly dangerous alternative-truth media. But, as they cut it up, it is hard not to laugh with them. Theirs is not an uncompassionate making-shit-of those who have fallen to conspiracy theories, but rather a satirical approach to what they see as absurd and obscene, perhaps even a bid to understand such things. The band’s saxophonist, Oskar Carls expressed in our interview a hope that humour may offer a way through increasingly dangerous polarisation. It may, at the very least, allow us to reflect on and laugh at the absurdity of our times.

All conspiracy theories have a bit of truth at their heart, some in greater abundance than others. They almost always operate on common fears and anxieties. The various Covid-19 vaccine conspiracies out there differ vastly in the final conclusions they draw and the powers-at-be they implicate, yet often begin with similar anxieties. Some naturopathic communities, often more left, and the alt-right are joined by their resistance to vaccinations. Although the stories told by both communities to justify their decisions are wildly disparate, these groups experience a preoccupation with governmental regulation of individual bodily autonomy––and although their conclusions are radical, this fear is a common one. Current media allows people to remain isolated in their ideological bubbles, furthering such radical dogmatic takes. Viagra Boys seems to take the broad view on Cave World, discussing various absurdities of modernity and trying to find meaning in it all. Their conclusion, return to the trees and live as monkeys.

The album is their tightest project yet, condensing their driving rhythms to a neater package. Their instrumental solos shine brightly, the band’s free jazz roots are embodied best by Oskar Carls’s blazing sax riffs. This project balanced satire and listenability more than previous albums––although what maturity means for a punk-rock band like Viagra Boys is unclear. I talked to Oskar Carls about his musical background, what Cave World represents for the band, and how he understands the satire of their project. With a pair of sunglasses atop his head, the conversation illuminated the laid-back attitude the band has to their work: musically rigorous, they couldn’t care less about what people think. 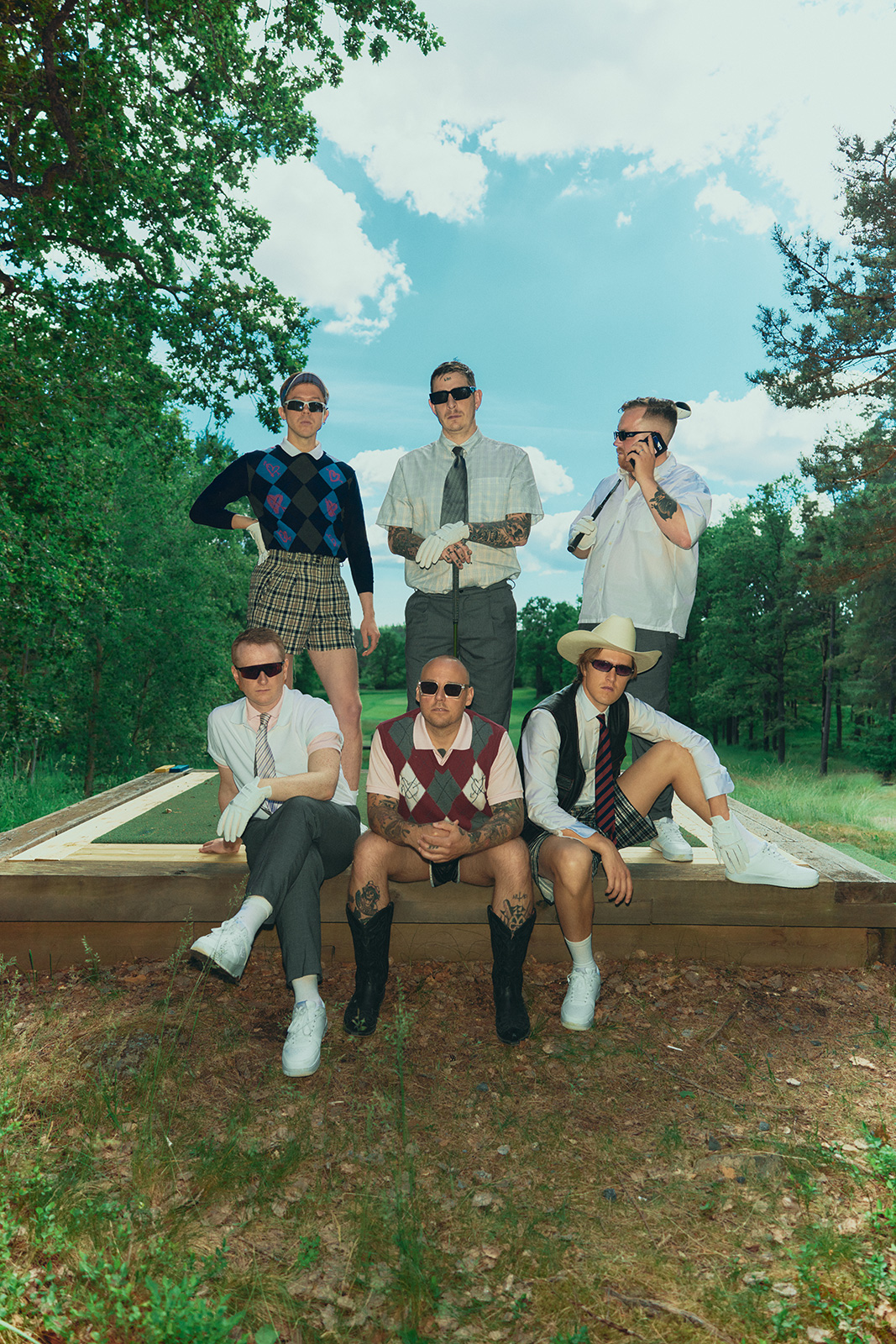