An intimate dialogue among space and material 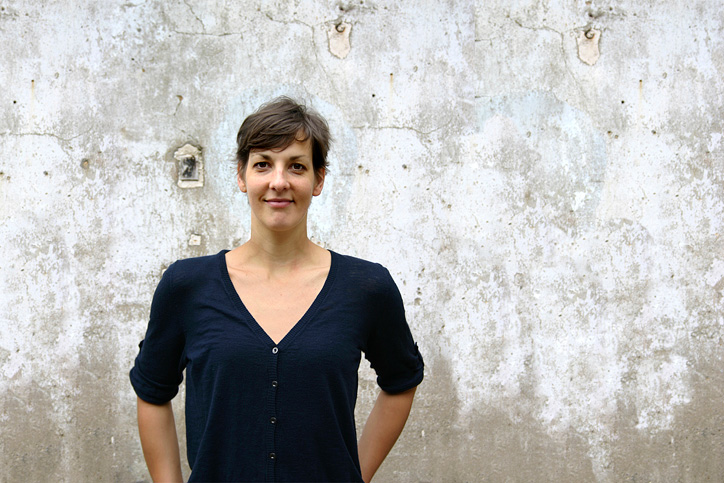 Having already had exhibitions in Berlin, Brussels, France and Italy, German artist Valerie Krause presents Shifting Volume, her first solo show in Madrid, as a specific proposal for L21 Gallery. Valerie showcases sculptures that merge with the smoothy white of the gallery’s space. Minimalist and sophisticated, now we have the chance to experience the way she uses different materials and the connection she establishes between them and the space.

You were born in Herdecke, grew up in Krefeld and studied in Düsseldorf and Paris. How were your upbringing and your student days?

My upbringing was free and strict at the same time. Free to explore a lot of things, to play, to think and to spend a lot of time outside; and strict because my parents were very consequent in their decisions. As the fourth child I perhaps enjoyed more freedom than my sisters. My father died early, when I was fifteen years old, which marked the beginning of my personal losses – which everybody experiences sooner or later, and that have the impact of being thrown back on your own. However I also got a lot of confidence from people who were close to me for the choice of my professional career. I started with a stonemason apprenticeship, which, besides meeting my extraordinary master Fritz Meyer, provided me with a lot of practical skills.
This and my studies were very intensive periods, filled with lots of different experiences, shaped by the exchange with important people for me, which however didn't stop when I finished my studies, because I still continue to experience this in my life as an artist.

How did you discover your talent for sculpture? Was it something you’d always been interested in or did it come later?

Talent... I don't know if this is the right term, I would say interest, instead. It appeared in my youth, however as a vague idea of doing something with my hands and forming something. The artistic connection and the strong need didn’t come until the early years of my studies. So first it was more a decision, which was based on the wish that something interesting would happen. And the fact that I choose sculpture and not painting has probably to do with the fact that I am more affected by the physical and concrete.

Which artists have influenced you the most in terms of architecture, painting and music?

You had a teaching assignment at the Düsseldorf Academy. Do you enjoy teaching? What do you like most about it?

The teaching assignment at the Düsseldorf Academy was between 2010 and 2012, now I have a teaching assignment at the FH Dortmund for architects. Yes, I enjoy it. It is an inspiring process to be in touch with different characters finding a key to develop their qualities. I like the engagement with people who are in the beginning of their professional career, because it is serious for them and for me in terms of responsibility and at the same time it is open, because their way could lead to many different directions.

In 2008 you were awarded at Art Cologne with the first Audi Art Award for New Talent. Your work was exhibited in many international galleries and institutions. How did these events influence your artistic career afterwards?

It was a good motivation and I feel happy to have been given many opportunities. Perhaps it is easier to continue with your thing when you get recognition from the outside, than if no one cares for you. How it has influenced my artistic career, I couldn’t really say, because I do not know how it would have been otherwise. Perhaps people have more trust in you, when you already have appreciation and I notice that more things happen in the background without me having to undertake this effort to launch them.
The fact that my work is visible often creates new interesting contacts and opportunities. However, I think that you always have to come back to the original reasons why you are doing it, and the decisions in the studio have to happen regardless of external successes in order to preserve the independence and freedom of making art.

Your work is mostly defined by the harmonious engagement between nature and culture. Which personal relation do you have with nature? How do you connect it with culture?

If I take nature as a given thing and culture as something which results by people giving shape to something, based on decisions and traditions of personal and social background, I think this is the milieu in which we continuously find ourselves.
I get a lot of inspiration from nature, especially because of its wideness and in particular for its silence or roughness, it has a strong physical and mental impact on me. But then I have to do something to transform this feeling into something else. I don’t know if I connect it with culture in a general sense, I do something made out of my own perception.

The exploration of space and the use of different materials are some important key points in your work. How is the space divided in your apartment and what materials did you use to design it?

It is very much oriented to work and function, the living and sleeping room is the same, kitchen, bathroom and the biggest part is the studio and storage. It has a special atmosphere by itself and I often take a long time to decide how and where I make interventions. I construct almost everything by my own often with the same kind of wood, which I use for my works. It has sometimes a rough character, but it is always very personal. What I like is the contrast of raw and delicate materials.

Which elements do you usually work with?

I often use constructive elements like wood or steel and materials which change their state from liquid to solid, like plaster and concrete, recently also clay, which is something in between, further aluminum textile, glass, paper, photography and so on...

What do you intend to showcase every time you use them? I guess every element has its own meaning depending on its attributes. For example, what’s the difference between materials such as stone or concrete?

Yes, I always choose the materials by their characters in terms of function and atmosphere. It has less to do with a symbolic meaning – it is more my personal haptic and visual sense which decides the meaning. The difference between stone or concrete for example is first in their state of appearance. The stone is solid from the beginning (how it appears to us today) and the process to work is by carving from a positive. The concrete is first a liquid mass; it gets its shape and surface by another (negative) form and the gravity. They are quite near to each other in terms of their solidity and their mineral substance, the difference appears more through the kind of treatment.
However the material is not the main thing in sculpturing; it is part of the unity of a sculpture with its idea, its process, its shape, its composition, its material and the treatment of the material. But sometimes the material gives the occasion for an idea and I have to say, that I am very attracted by materials.

What relationship is maintained between the specific space within the L21 gallery and your sculptures?

The space of L21 Gallery complements very well the character of the sculptures; there is a relationship between the bright space (the walls and floor are white), and the attempt to free the physical sculpture of its gravity. The concrete sculpture for example seems like it’s floating in the space.

This is your first solo exhibition in Spain. Is it also your first time in the country? How do you feel about it?

No, previously I have been to Spain, but I have to say, because I do not speak the language, it has never become so familiar to me, such as France or Italy. Still, I've always felt comfortable in different regions of Spain and in the context of this exhibition I encountered very nice and interesting people.

Sophisticate, elegant and minimalist. You have been identified in that way in some occasions. Do you agree with that?

Yes, I would agree, however it could be understood in a wrong direction. To approach the right meaning: sophisticated in sense of sensitivity. Elegant: I often use common, poor materials in a way that the sculpture at the end could be elegant. It is not my ambition to create something elegant; it is more the interest of transforming something which seems to be unappealing into something very special. And minimalist in the sense of pureness (not to be confused with minimal art). 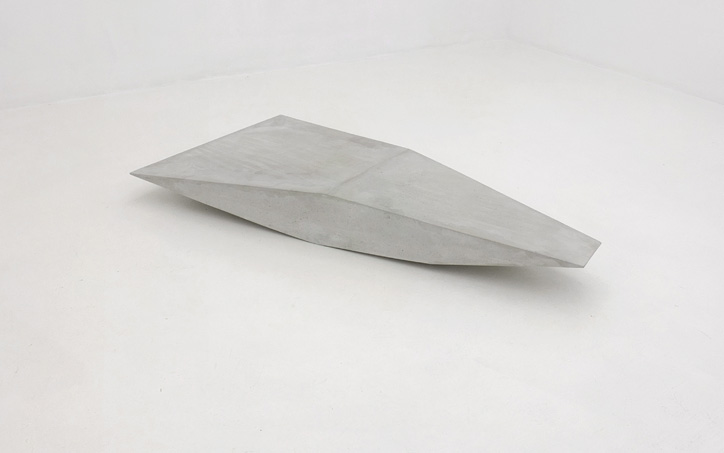 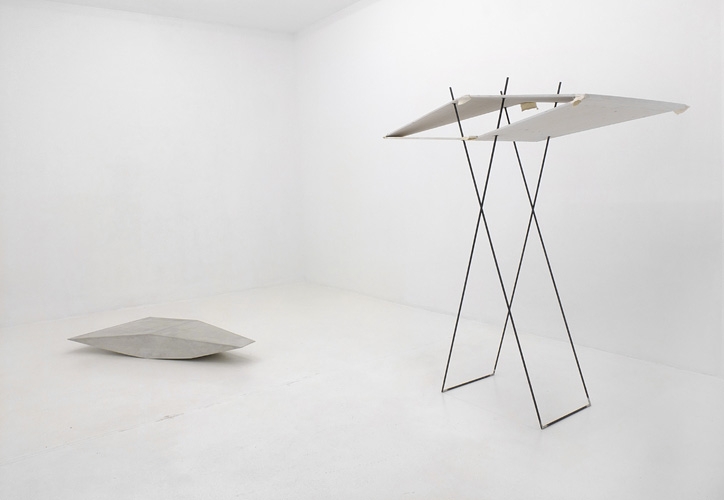 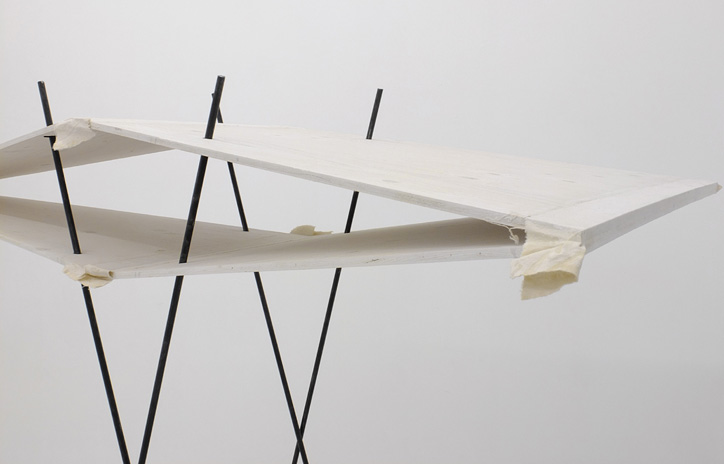 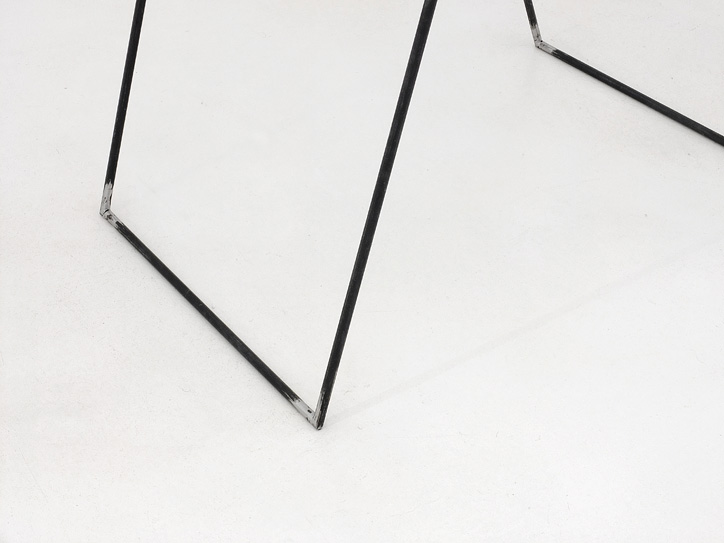 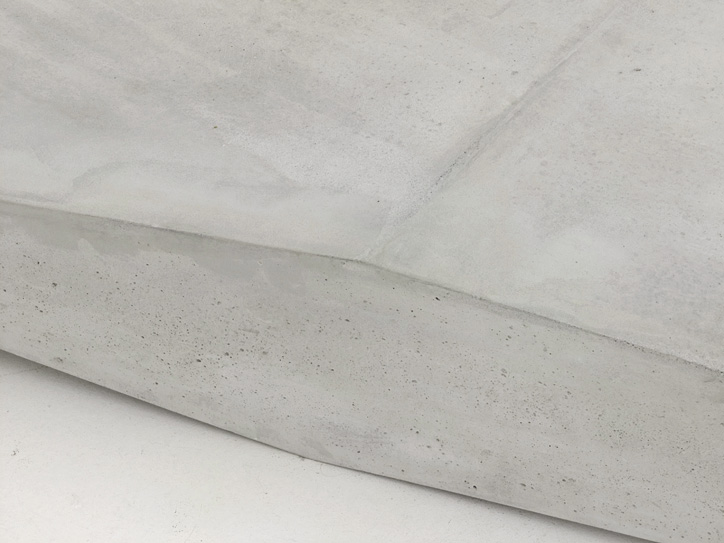 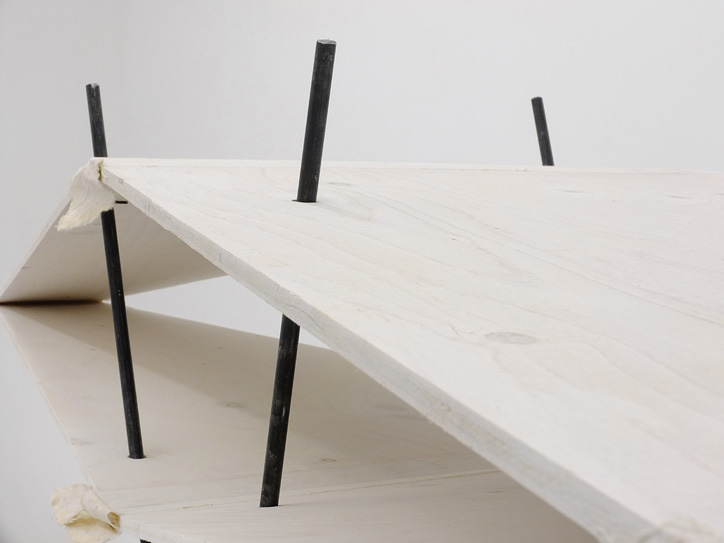 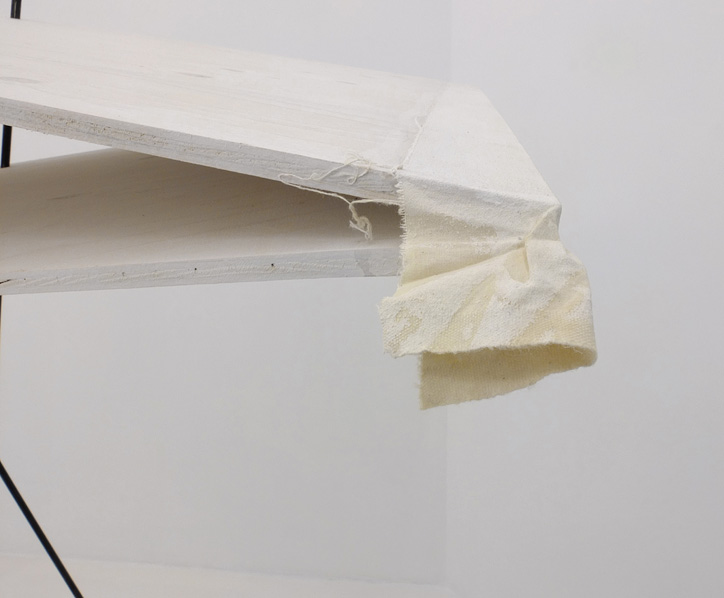 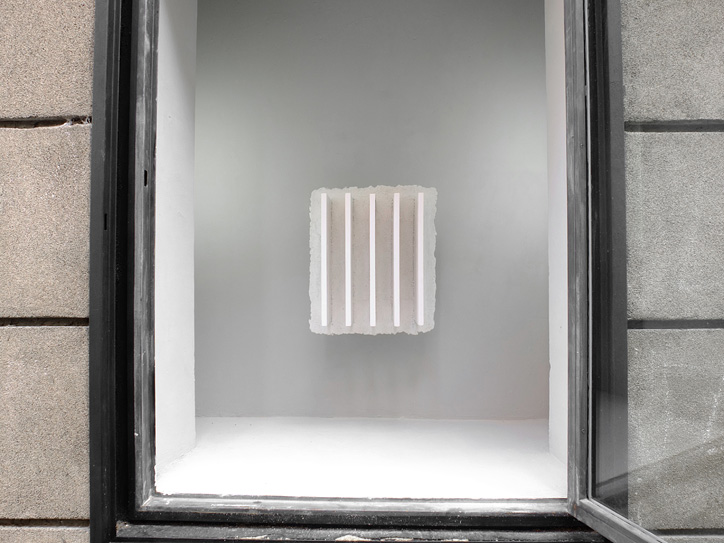 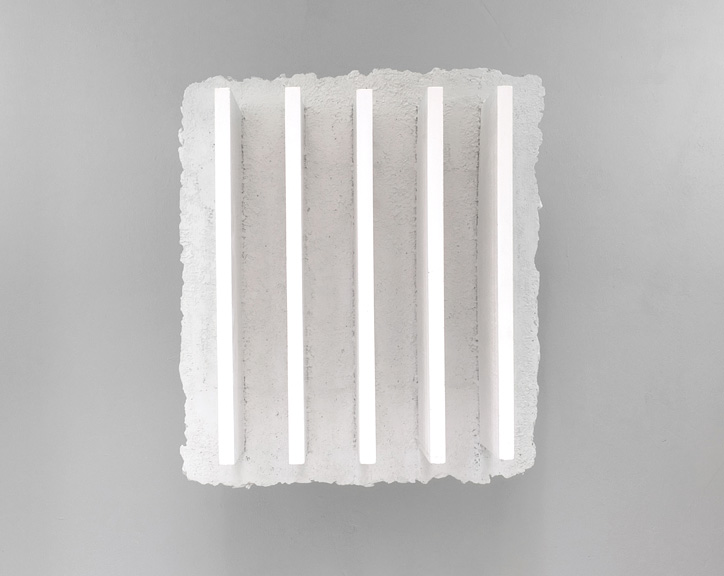 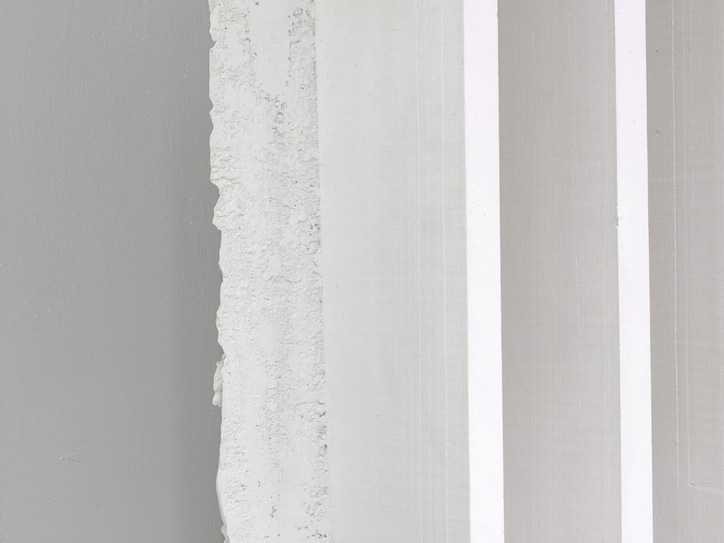 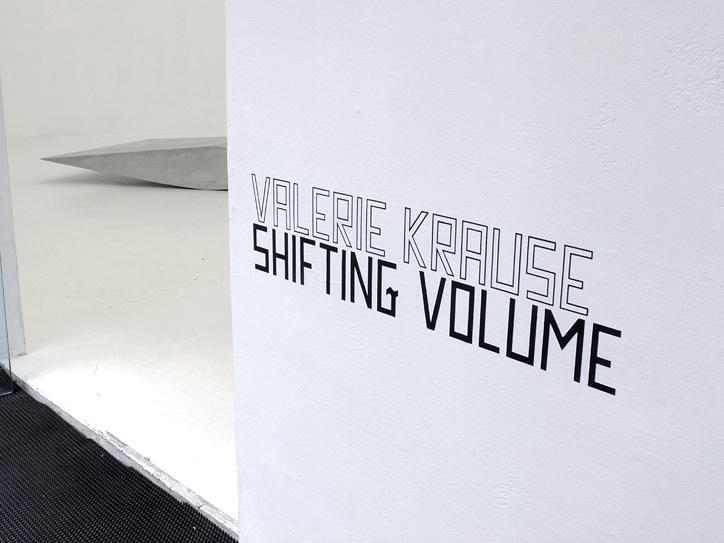