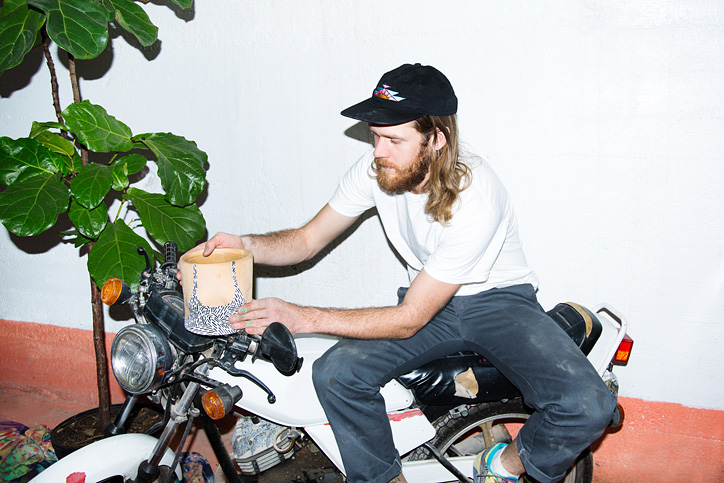 In a world where perfection is considered attainable and unrealistic goals dominate the new year resolutions list of many. Isaac celebrates the human form as what it is. A glorious masterpiece that is neither perfect or defined by any rules society might place on it. As an artist, he refuses to let the world tell him how to create his sculptures and the world seems to have responded with love and affection. Social media is how his business has grown, specially through his instagram account. Welcome to the new era of art, with Universal Isaac leading the charge.

When you were growing up, did you know you were going to be an artist?

Yeah, I think so. For a long time I thought I'd be an artist‪ and‬ I didn't really understand the way people talked about art as if it was some kind of different thing‪.‬ I think I did well in art classes when I was young‪,‬ I believe that the fact of being left handed made me feel I just needed to learn with my hands. Then I realized, probably around high school, that it was probably more of a learning disability. I guess I‪’m ‬just a visual and physical person and once I understood that‪,‬ it took away all the pressure of having to become someone like Van Gogh. So yeah‪,‬I knew pretty early on that I was going to do something with my hands‪.‬

Where did you find the inspiration for your sculpture?

That's very easy to communicate as my sculptures are of breasts (laughs). It’s like early man. If early man was going to make something, quite often it was a fertility goddess. They discovered a cave in Germany with a fertility goddess on the wall that was 25,000 years old. So, it's kind of the most basic gesture.

When you first started, did you receive a lot of criticism pertaining to your work?

No‪,‬ I've never gotten any flack, I started making the pots to try and blow off steam just for myself and for my friends and then I put some breasts on one and I posted a picture on Instagram. I had just gotten an Instagram so my first fifteen posts were just pots with breasts on them. I got like thirteen likes on them and I was like, "Holy shit thirteen likes‪” !‬
I waited all week for the other shoe to drop like people saying that I'm a chauvinist or a sexist or something. Then I was thinking, I went to art school off and on for about 7 years and I would have never brought a utilitarian object with breasts on it into a critique‪.‬ Art school isn't business oriented and art school isn't there to help you pay your rent. It's where you can talk about big ideas and you can talk about the importance of life and the gesture of making something. When you're in art school, all those ideas are really awesome and romantic but then you have a rent. So this whole project has more to do with paying rent than with the vernacular and art school’s vocabulary‪.‬

When you started making sculptures, did you find any difficulties in molding the female form using clay?

I tend to observe many things‪.‬ When I look back at the time I was working as a carpenter‪,‬ I’d spend a lot of time looking at design objects and to what people were producing‪.‬ I would be constantly taking things apart and thinking about how this and that was made and what tools had been used, what sort of techniques were employed to make the things. What I find is that a surprising amount of things are made with a fairly amateur knowledge of power tools. At this point I think it kind of informs our design community so much that it's almost heart breaking.
I think that‪’‬s when I started making breasts and dealing with the form people responded to it because it's going into a place that a lot of people are intimidated by. I went to a school in Philadelphia that was a figurative neo-classical college where I would get to spend up to eight hours a day at times‪,‬ drawing naked people and really dealing with the figure. I hated it and I dropped out, but I think one of the things I learned there was that a lot of people thought that if they did the drawing better they could then sculpt the face better‪,‬ or if they could make that pose look more realistic then they could become a more successful artist. To me I it's the exact opposite. If you can accept the way it looks when you make it then you can be confident about it‪,‬ and if it is a deviation of what it is in reality‪,‬ then it‪’‬s going to be a much more successful take on it and it will help you build more confidence with your gesture. If I was agonizing over making the most realistic breasts in the world‪,‬ they would surely come out wrong and I would never really make as many as I make. I think part of that is that I'm comfortable while making them and putting them out there, because I think people relate to its imperfections.

As you began working on the project more, did you believe you were thinking about the consumer first or more about what you wanted to put out?

The whole project started with me getting home from my job and going to the studio and thinking about the history of a painting and the significance of the square on the wall. That wasn't really relaxing or enjoyable. It was more about problem solving and meeting these demands and expectations. I started making the ceramics because I just wanted to find a simple way for me to be creative, use my hands and to not have to deal with any canon of our history. So I guess I was really thinking about me‪. ‬I then felt it was a very lazy art so I started thinking about what I could do to make these more fun and more personal. I began to put faces on them, like the most fucked up faces I could do and they would just make me laugh. There would be a lot of nights where I'd look at the clock and it would be eight o'clock and then I’d look again and it would be two in the morning and I would just start laughing out loud on my own. That's when I knew that I was really into this‪.‬

Since you have to do everything by hand, do you find it hard for you to keep up now that you are expanding?

What I'm finding is that the whole process of producing these things is a challenge in itself and it takes a whole skill set and takes all the same critical thinking and all of the same application. So growing the business is something I'm really interested in and I'm working on at the moment‪.‬

How much has social media impacted your business?

It's all of my business, it's insane. I have made my entire business off of Instagram, which I didn't even understand when I started. At first I was thinking it sucks and I didn't want to be on it anymore, but then people started saying, "Woah!" about my work and now I'm addicted to it‪.‬

Why don't you make pots with male genitalia?

I actually am in the process of making some pots of boys, but they take twice as long to make because I have to do front and back. I'm going to be casting casting those and then releasing them in a month or two‪.‬

I'd like to address the race and skin tone of my pot‪.‬

When I first started making the breasts I kept thinking to myself that this was weird and it wouldn't fly. My idea was to make all kinds of different breast sizes and shapes and then doing them in all different colors, from light and dark tones and a bunch of shades in between. If this was so‪, ‬I could have a much wider selection and I could almost display like a department store so you could mix and match. Like if someone orders five pots then it would be well, "How would you like your pots?"‪,‬”Well we want tan lines with white bathing suits with polka dots." Then I'll send them a bag of mixed skin tones and then they may call back and say, "Oh, well‪,‬ we just wanted the white girls" . I do not give them that choice so I make it dictated by chance.

What are your plans for the future?

I'm actually moving to Hudson this week which is about ninety miles north of here‪,‬ I rented a studio that's going to be just my studio. My plan there is to do a lot more variations and really perfect the craft of producing these things. Then‪,‬ hopefully‪,‬ take my extra time and apply it to making fine art again like proper paintings and sculptures‪.‬ 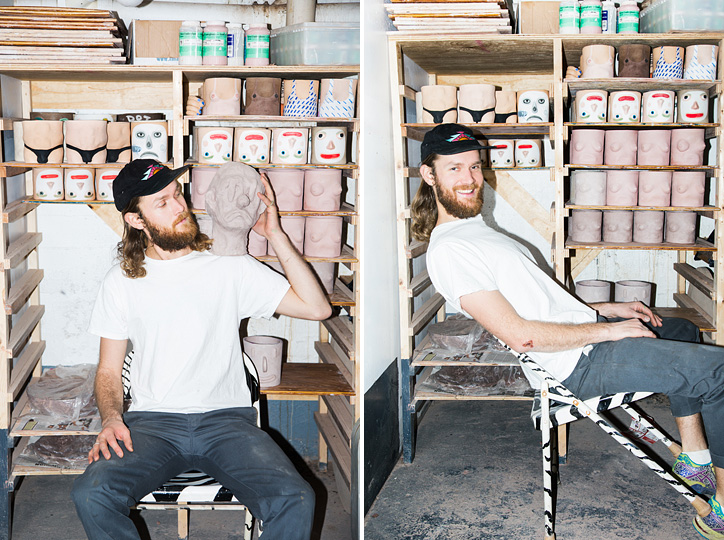 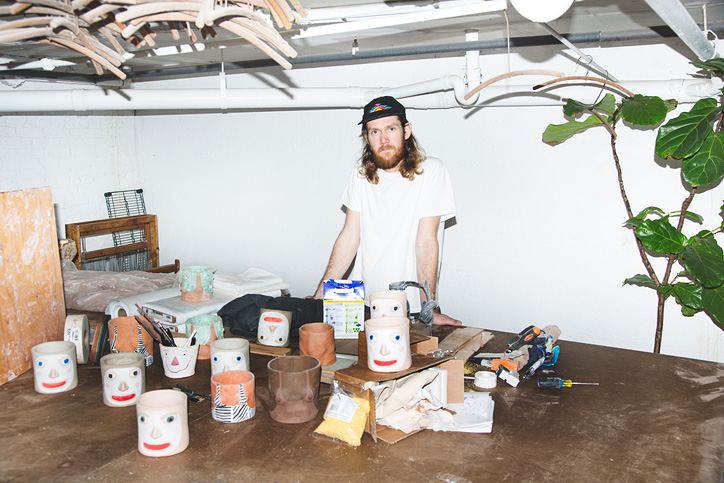