Poetry through a lens 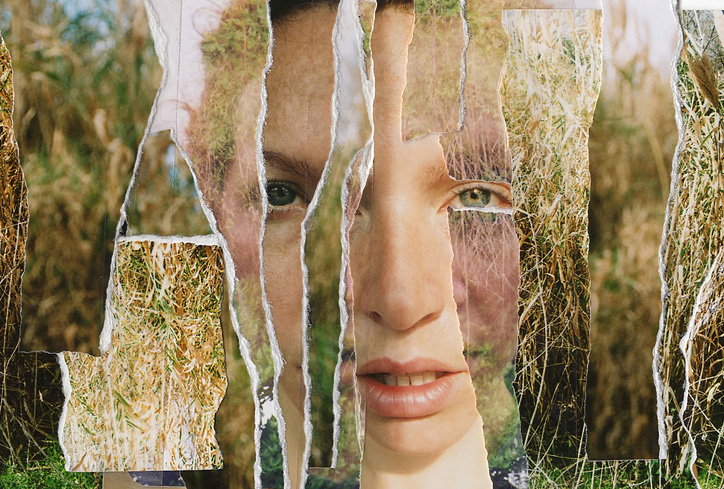 While most imagery nowadays is digital and enhanced, photographer Traci Matlock explores the endless possibilities of film. Through her lens she captures the human body in its purest form, ranging from self-portraits to people of many diversities, often accompanied by her love for language. Intrigued by her work we sat down with Traci to talk about her creative process and inspirations.

You have kept a visual diary from the age of 18; let’s start from the beginning. How did you get into photography?

I was required to sign into a performing or visual arts class early in my university studies. Though I had previously played bassoon and studied theater, I wanted to try something new. I signed into Photography because it was one of the few art classes that did not have Drawing Fundamentals as a prerequisite. I had no previous interest in photography, but the class was incredibly inspiring. We focused half of our class time acquiring skills and the other half discussing books and slides. Each day I learned something new about the blueprint of my camera, and each day I had an index of ideas from which to jump.

You live in Houston, Texas. Does this have any influence on your work?

Oh yes! So much territorial space and personal freedom! Houston is a twenty-minute drive from the middle of nowhere and an hour drive to the Gulf of Mexico. Monolithic freeways are next to intersecting bayous that are next to neon 99-cent stores. It’s hot and humid year-round, and the light here is often like a spotlight. You can take photos without much fuss pretty much anywhere… as long as you’re not shooting any outdoor nudity, in which case you have to be sneaky. But the subversive nature of the hiding can work as a benefit. Also, I grew up in the woods of deep East Texas. I’m close enough to home to feel both the comfort of familiarity and the nostalgia of loneliness. And, lastly, it’s affordable enough to live here that a travel-budget is manageable.

Could you tell us something about your creative process and preference for non-traditional models?

I don’t prefer or privilege shooting one person over the next, at least not for reasons related to the physical. However, a few repetitive genres are depicted endlessly in the media, so I follow my instinct and desire to encourage diversity. I consider it irresponsible to not do so.
Not long ago I discouraged the use of the word 'models' when talking about my work. Even though I photographed numerous people who made a living through modeling, I never applied that term to what I made with them. For an outsider to call the person in my photograph a ‘model’ seemed inapplicable and inherently combative to my own interpretation of what I was doing. Now I no longer feel constrained by the term’s connotations and instead use it as a starting point for playful interrogation.
Importantly, I no longer think of people who model for me as visual extensions in my work (or as prostheses of my own body) but as autonomous collaborators in the process. There are so many artists working on both sides of the camera!

In your work you often seem to explore themes such as sexuality and the human body from various angles, how do you derive ideas to create each photo?

Generally speaking I don’t work from a visual concept toward a final outcome. I try to spend most of my time gleaning. I read a lot of text, look at all types of photographs, spend a decent amount of time in the darkroom and explore the mechanics of my cameras. I also try to parse what works or doesn’t work in objects I’ve already made. And then, when faced with a moment to shoot, I hope to consciously forget everything, just react with muscle memory and intuition.
Certain themes have haunted me along my learning process, and I actively court the company of a few others. Sexuality is in both groups. Sexuality is horizonless, and yet it encompasses a landscape of horizons. It is a cycle of lack and composure. But in the grander scheme, I make work of and about the body. For my own explorations, sexuality is often metonymy or a hologram of the body: its use & its forgetting; awkwardness that becomes tenderness; exhalation & exaltation.

All your photos are unedited film scans, what is it about film that intrigues you more then digital photography?

I handmake a lot of my photographs in the darkroom, but the fact of sharing on the Internet is the fact of seeing a digital scan. I don’t value film photography over digital; I just have more experience (time & practice) shooting, processing and printing film.
Frankly, the directional potential of digital work overwhelms me. Once you move into digital photography, the terrain of the unknown expands. The historical parameters set around analogue photography inspire me to work within their constraints and also to elbow through them. Perhaps in the future I will change preference, when I can be patient with the learning curve. I adore a cheap digital camera with a low pixel count. Wish I still had my first.

What is it that you want people to take away from your work?

Whatever they take away from it is what I want for them to take away from it. I don’t mean to sound glib, but I don’t pretend I have any right or ability to influence what the viewer sees or remembers.

Your photos are often described by poetry, could you tell us something about that?

I am an avid stalker of poetry and language in general. It’s my soft spot, in every sense – bruise, ripeness and sentiment. Because I share my photographs with regularity, placing words alongside the images has become a symbiotic way to archive language I want to remember, whether it is mine or not. Guiltily, I employ it as a potential tourguide for my photographs, more a benevolent but unreliable narrator than a truth-teller.

Do you have any artist you feel identified with or take inspiration from?

I’m tentative to give you a specific name because there are so many and they fluctuate. If pressed, I must say I gravitate toward artists from other mediums for my daily inspirations: Agnès Varda, Louise Bourgeois, Hollis Frampton, Chris Marker, Anne Carson, Jorge Luis Borges, Francis Bacon, Carl Phillips, Graham Harman.
The sources are endless and exasperatingly pleasurable: family albums, safety regulation handouts, Monday evening gallery walks, first Facebook posts of strangers, amateur tumblr collectors, museum archives, thrift store erotica, small-town newspapers, glossy everythings, independent book publishers, my friends’ visual radars, dusty encyclopedias, my sister’s vacation photos (particularly the ones she took on the back of her husband’s motorcycle). I see photographs online every single day that I wish I’d taken.

What are you up to next?

I just finished the first half of my birthday project, which includes the printing of my book “37th 14th”. Thanks to so much viewer participation, the second half will take me another year to accomplish. I’m working on two other small books: “Stay as Long as You Want and Maybe a Little Longer” which I will only give away in exchange/trade/collaboration (like “37th 14th”); the other will be published in conjunction with a small exhibition (hopefully).
Ash LaRose and I have been working on an online project, “Limb Looseners”, which, soon finished, will be removed from the Internet and placed in a handheld form. She and I have collaborated in many ways for years now and hopefully will never stop. I will also continue to send photo packages via snail mail to people across the world, shoot and print portraits of people & trees & buildings, swap film with strangers and share on my personal online (often daily) outlets. Of course, I have a few secret projects about which I’m too superstitious to elaborate. Shouldn’t we all? 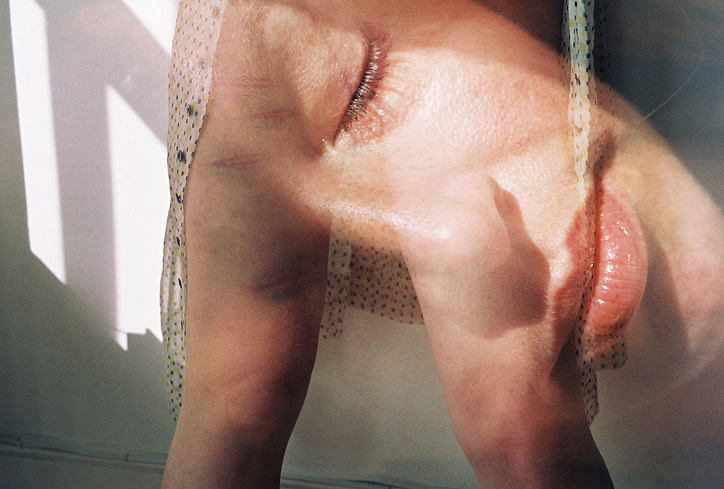 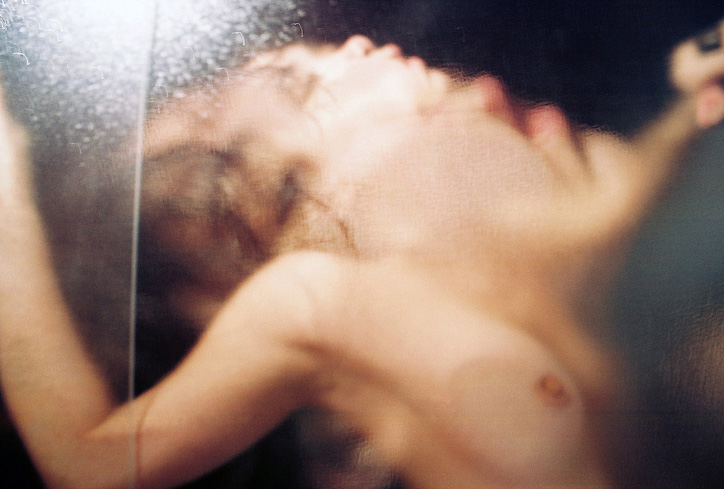 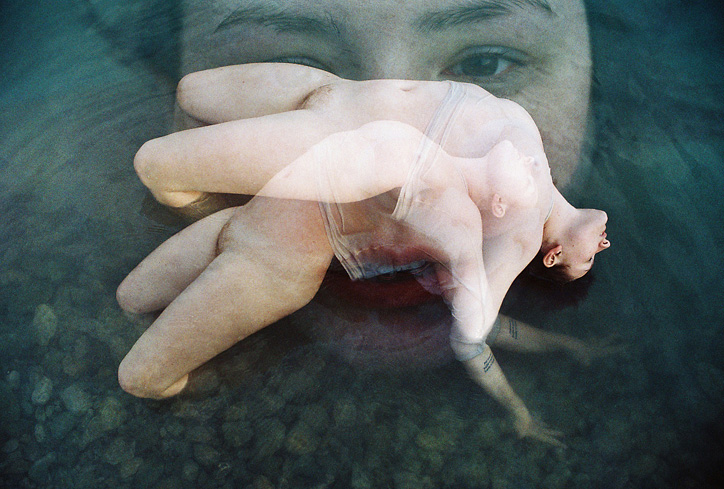 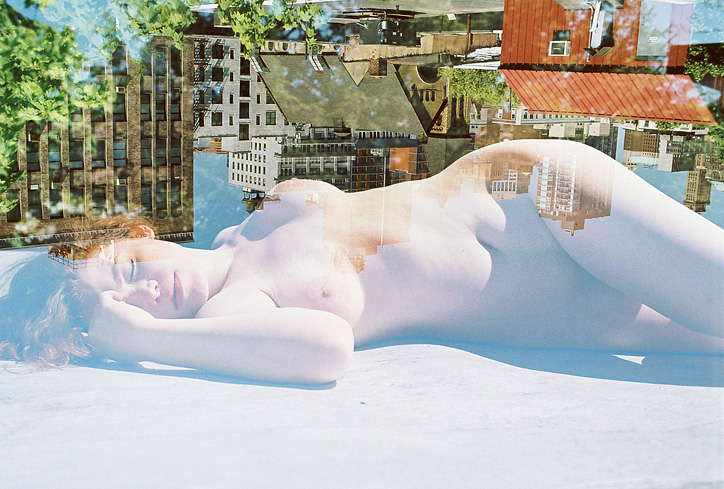 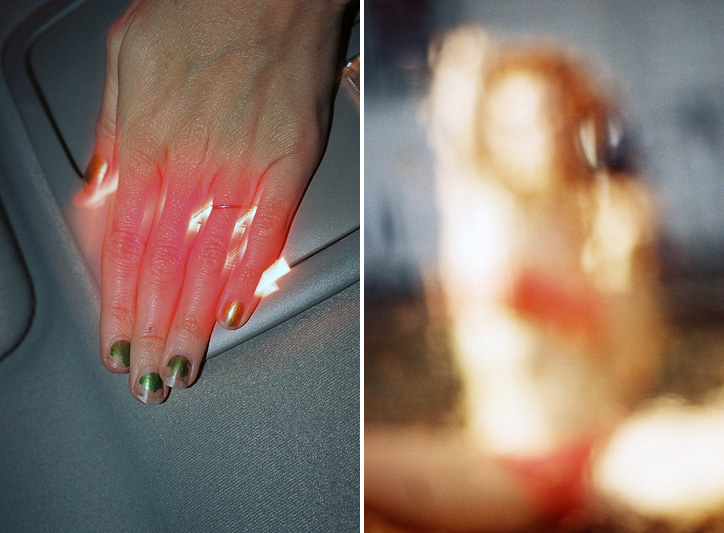 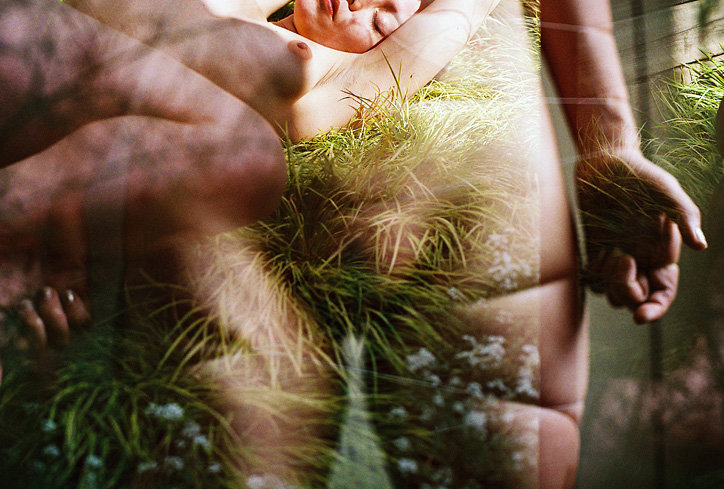 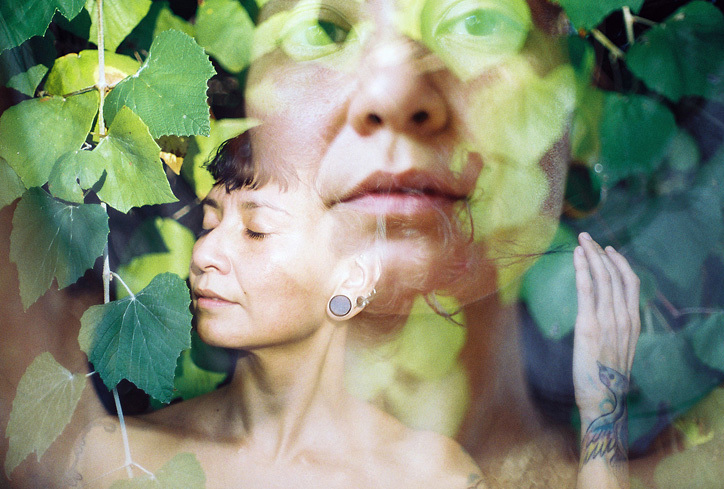 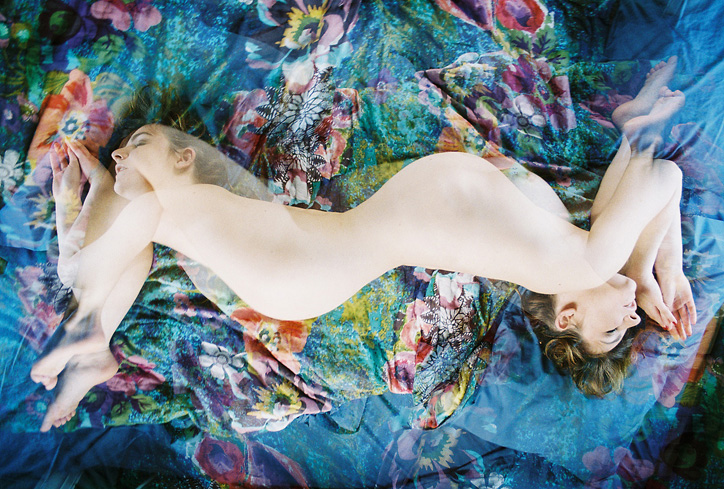 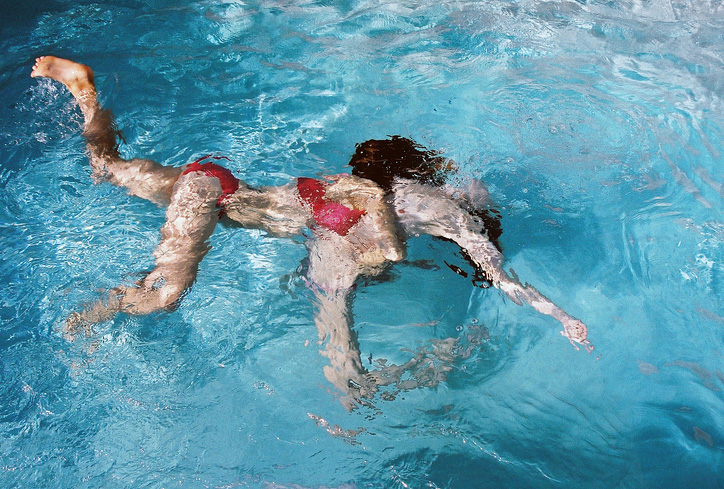 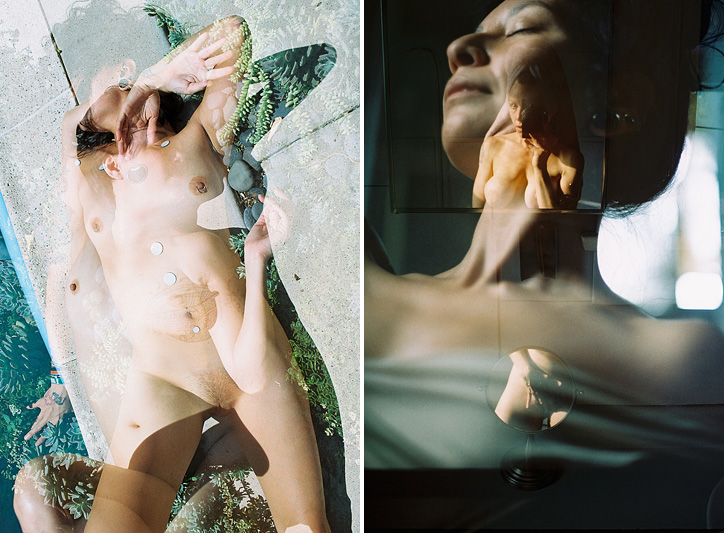 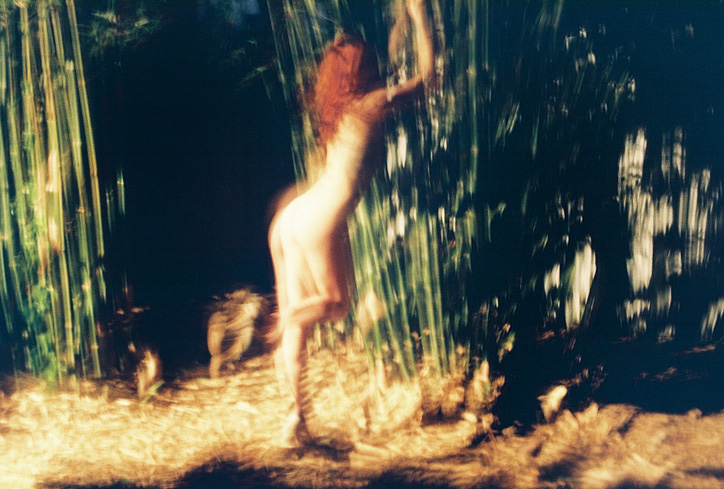 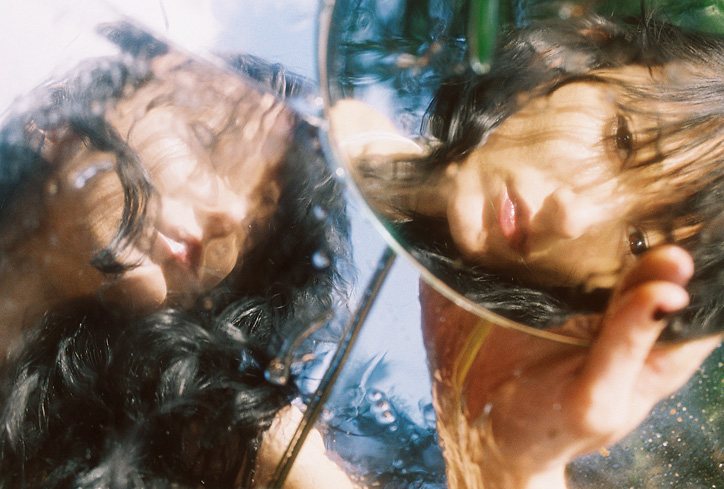 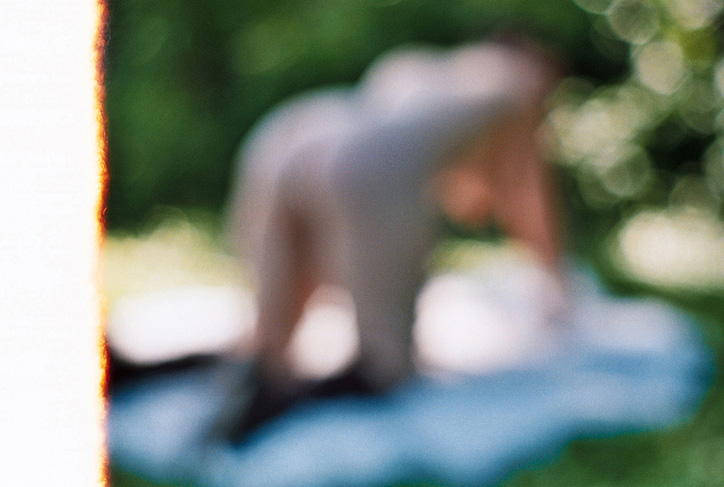 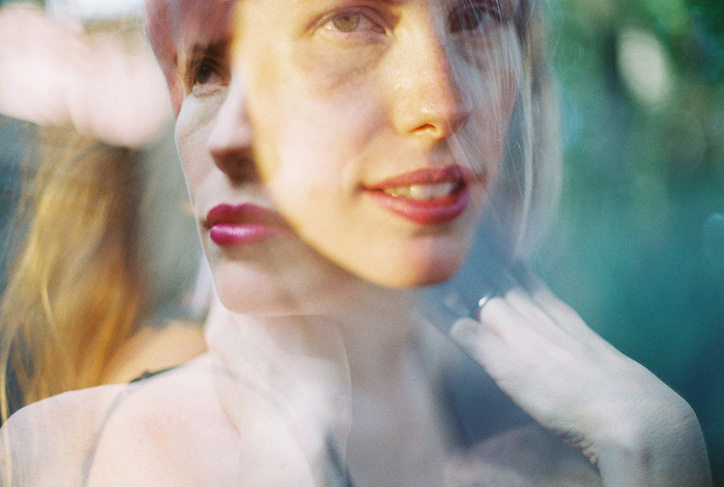 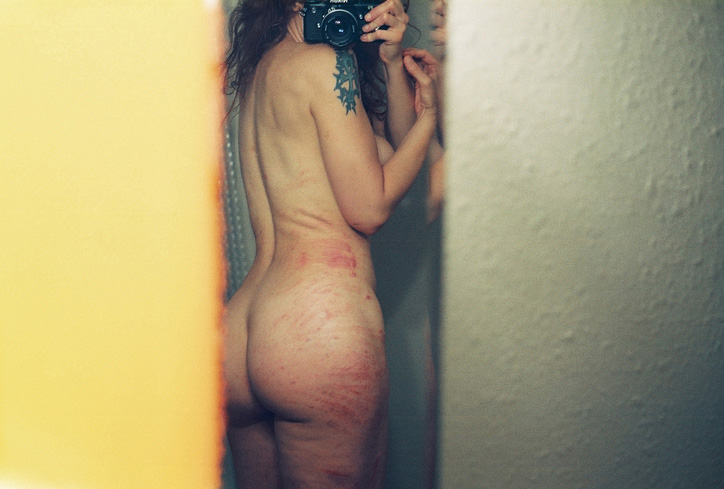 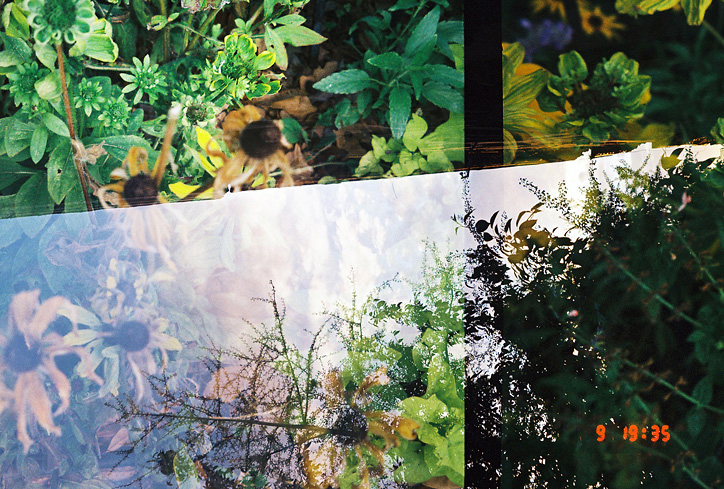