Building a new sense of identity 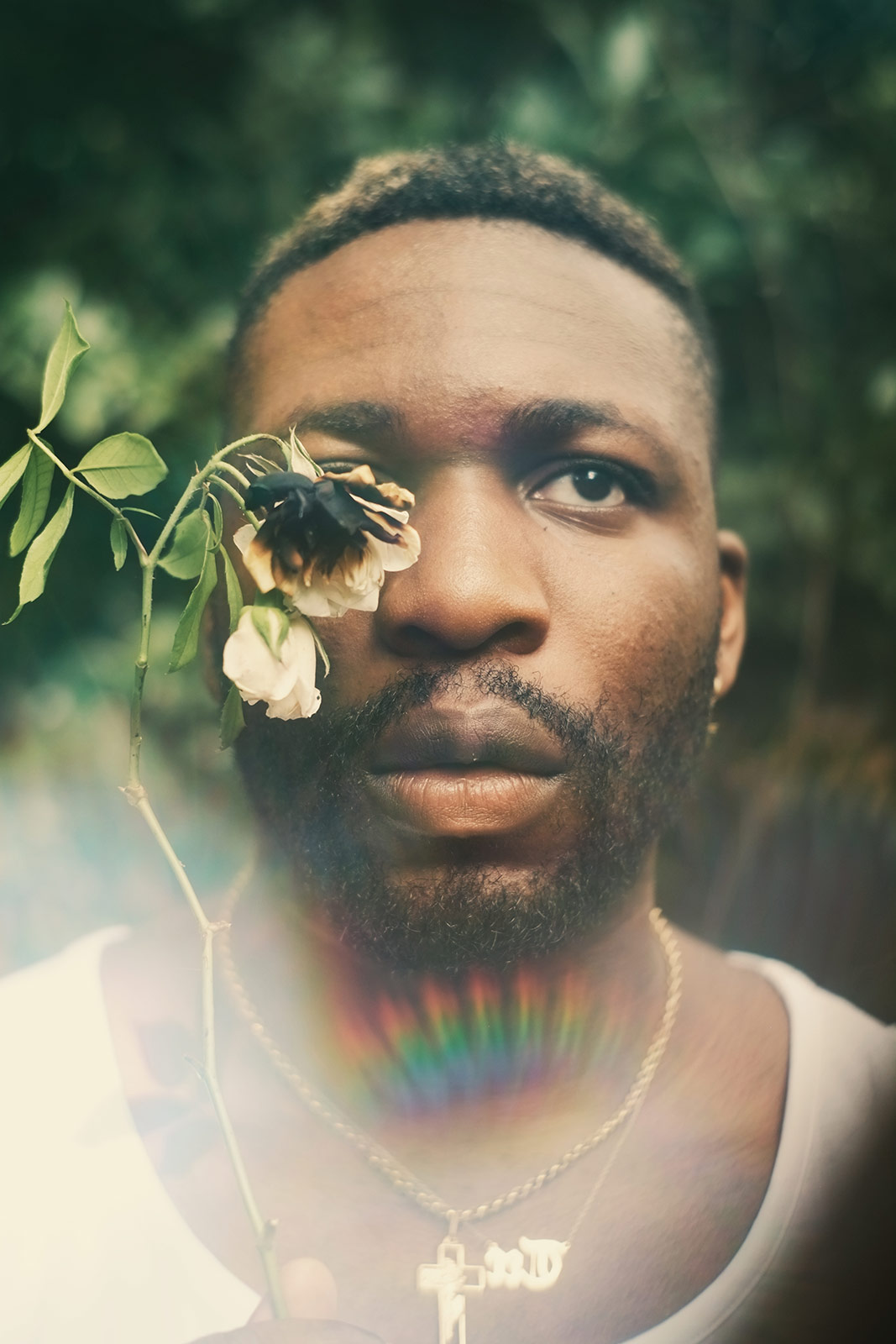 Tony Njoku’s new album plucks out our most delicate emotions and paints a rainbow with them. The British-Nigerian artist is known for his sonic fusions and experimental tendencies, but Your Psyche's Rainbow Panorama is his most formidable work yet. Building on 2018 H.P.A.C.’s exploration of masculinity, he scripts an immersive vista circling black-British identity, the fragility of manhood and the nuances of the psyche.
When British writer-director Shola Amoo’s latest feature film, The Last Tree, came out earlier this year, it told a story of dual identity, focusing on Femi, a young British-Nigerian boy growing up in England but caught between two conflicting backgrounds. Inflicted with toxic ideas of manhood and a feeling of displacement, 16-year-old Femi secretly listens to The Cure making the excuse to his black peers it was Tupac instead. This battlefield of black identity resonates with multiform sonic expressionist Tony Njoku. When growing up in Lagos (Nigeria), Tony was mocked for having “more Aphex Twin than Afro-centric artists” on his iPod, and has since spoken about the confusing feeling of being denied some music genres because of his skin colour.

In 2013, Tony was called out by a Nigerian passenger on a plane for listening to Jon Hopkin’s Immunity: “He had a listen for a second and was like, ‘oh, isn't that white people music? Why are you listening to that?’ It’s very strange, why am I being judged?” Identity is at the heart of Tony’s work. His latest album, Your Psyche's Rainbow Panorama, released a few weeks ago, fuses hip-hop, electronica, and soul so diligently, he makes us question any attachment we may have to genre in the first place.

My chat with Tony honed in on the kaleidoscopic scope of his latest project, the art inspiring him, and his mission to form new spaces for black art and expression. Our conversation deep-dives into matters of the self and our collective ongoing battle for belonging; as Tony grapples with his identity, he forces us to contemplate our own.

First of all, congrats on the new album! What’s the response been like so far?
Thanks! I had a lot of anxiety putting it out. I wasn’t really sure how people would take it… This one felt a lot more honest and a lot closer to me, so I was a bit worried, but the reception has been great.
A popular descriptor of some contemporary artists today is that they ‘defy genre’ or are ‘uncategorisable’, do see your art like this?
Sure, my influences have no bounds. I’m not even trying to be electronic, my stuff can be whatever; I don’t think about the genre. I think that’s becoming very popular, you know? There’s so much access to stuff, people are realising they like more than just jazz or more than just hip-hop – artists are the same, they’re gonna mix all the stuff they love together.
More like expression rather than sticking to certain genres?
Yeah, exactly! Rather than being stylized, it’s more fluidity.
You’ve previously cited artists you like such as Thom Yorke, Björk and Arca, what draws you to them?
Thom Yorke especially, he’s got a masterful way of conveying something incredibly profound and intense using a really simple vocal melody. His vocal melodies aren’t really difficult but it carries so much weight when I hear it. I like that. I like it when artists kinda throw me a bit – throw me in the deep-end emotionally – and it becomes a bit of work for me. All those artists – Björk and Arca –, listening to their music is not easy and I enjoy that.

“There’s no right or wrong way to discuss this work, it’s all you – it's a representation of you, it’s a reflection of you. That’s why it’s ‘your’ psyche.”
There’s something great about art when it makes you continue to challenge yourself.
Yeah, you have to challenge yourself with art; otherwise, it’s just fast food.
Who have you been listening to lately?
I love what Yves Tumor is doing. Also, this band called Squid – really great live band. Young Fathers are probably my favourite band at the minute. Again, just amazing live band, great records, very catchy. 404 is another band I love – I recommend it if you're into hip-hop stuff. Very dark, kind of left-field hip-hop, trap beats and some amazing flows. They can rap their asses off, which is great.
At first glance at your new album and tracklist, it seems they show an emotional journey, was that your intention?
I think there was some intention. I think now, I realised a lot of the ideas I had were post-making the album. The work told me what it wanted to be, so that’s how that went. The titles are all emotions and you’re getting this arc of different feelings, different moods, so it’s less of a storyline and more just like ‘here’s some feelings, and here’s some words that describe those feelings’.
Did you feel these emotions in the process of making the album?
I definitely felt a lot of things very strongly when making it – dark things, joyful things, euphoria. Like the track Furious, for instance; it’s one minute long but it sounds like the title, you know? Really aggressive. But there’s also something really euphoric about it. It’s like being on ecstasy, that song. I feel like that’s the feeling you get when you release anger.

McQueen’s film is an expression of black masculinity, was that something you wanted to continue exploring?
For sure, I talk about it critically in songs. Like the last record, H.P.A.C., a lot of it was about masculinity and mortality, and yeah, that will continue on – it’s something that still needs to be explored and expressed. I need to explore it for me because I’m not really sure of my place yet in society as a man, or what I feel most comfortable as. I use my art to feel comfortable and explore that. Especially as a black man, I’m still figuring out where my place is and where I am accepted in society, and whether I even need that acceptance. It’s more like accepting myself. A lot of the album is showcasing who I am and putting that into the world. It validates my existence when I put art into the world.
Speaking of fighting. In a recent interview you did, you mentioned you are a blue belt in taekwondo – that’s really cool!
Yeah, I fucking loved it. I was really young though, so very rusty now… I met up with some of my friends who still do it now and they can kick my ass.
Is there anything about the sport that affected you as an artist?
The discipline. You have to be dedicated to get anywhere with it, and it kinda planted that in my psyche. Commitment is really important in any martial arts. I used to be very angry. It was very good for me to regulate that and not to give into that. I’m a more patient person now; I’m more thoughtful and spiritual I guess.
You mentioned previously that when you were growing up in Lagos, you were judged for not having much music by black artists on your iPod.
It was very stupid. It was just like, ‘look at this kid, he’s trying to be different’. I wasn’t trying to be different, I just liked Aphex Twin and stuff like that. I was judged for not having much black music – I think I just had Kanye West or something, which isn’t even the most Afro-centric thing, you know. It’s a very negative mentality, like, ‘oh, you’re black, therefore, you have to be interested in this’. It’s very problematic for any culture to have. Imagine if you are white and from Texas, and you’re told you can only listen to country music! Nobody says that, it’s very weird.
I remember that Jon Hopkins record that came out in 2013, Immunity; I loved that record at the time. I was about 19 on a plane going from the United States to Lagos and I was sitting next to this Nigerian dude, and he was like, ‘oh, what you listening to?’ He had a listen for a second and was like, ‘isn’t that white people music? Why are you listening to that?’ I mean... why am I being judged? If you don’t like it, you don't like it, but don’t tell me I can’t listen to something because of my skin colour.
Did you ever feel underrepresented? That you weren’t seeing black artists creating the music you liked?
One hundred million per cent. One of my early goals was that I wanted my face to be in all the places I don’t see my face. I really want that, I still do. It’s like how Nina Simone wanted to be a classical pianist all her life and then was sorted forced into being a jazz singer. She was an incredible pianist! But she never got to express that.
I love all music. I love hip-hop, I love soul – the colour doesn’t matter to me. Erased Tapes is one of my favourite record labels and I don't think they have a black artist on there, but that doesn’t matter to me, they release really great music. I love Nils Frahm, I would love to do the stuff he does. Say, if there’s a magazine that features him a lot, I would love to be featured in that magazine because, why not? I don’t even wanna be a unique face, I just wanna be in these spaces. I think it’s really important to have diversity everywhere, in every avenue.
So, you’ve tackled all the emotions of the rainbow on this album, what’s next? Any cool projects on the horizon?
I do have this visual idea that I want to execute around this album; I’m still in the early plotting of that, it’s been difficult, but I’m starting to see a way through. Hopefully, by this time next year, there will be a visual project around the record, which I would be really happy to realise. Other than that, touring next year, I’m writing new music – always writing new music! Things are taking a different route, a lot less intense, which is good for me, it’s nice to do that. 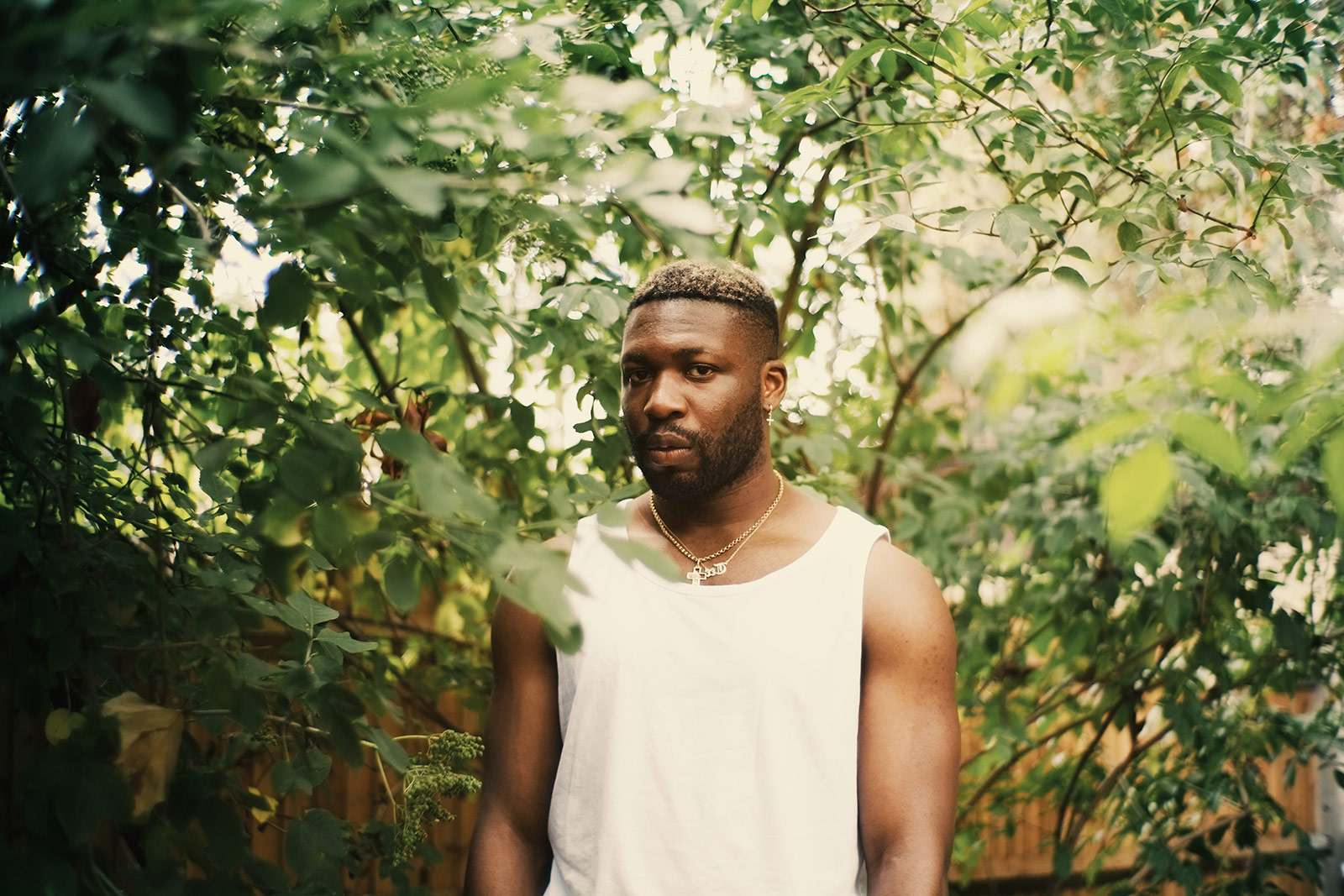