The fruit of our youth 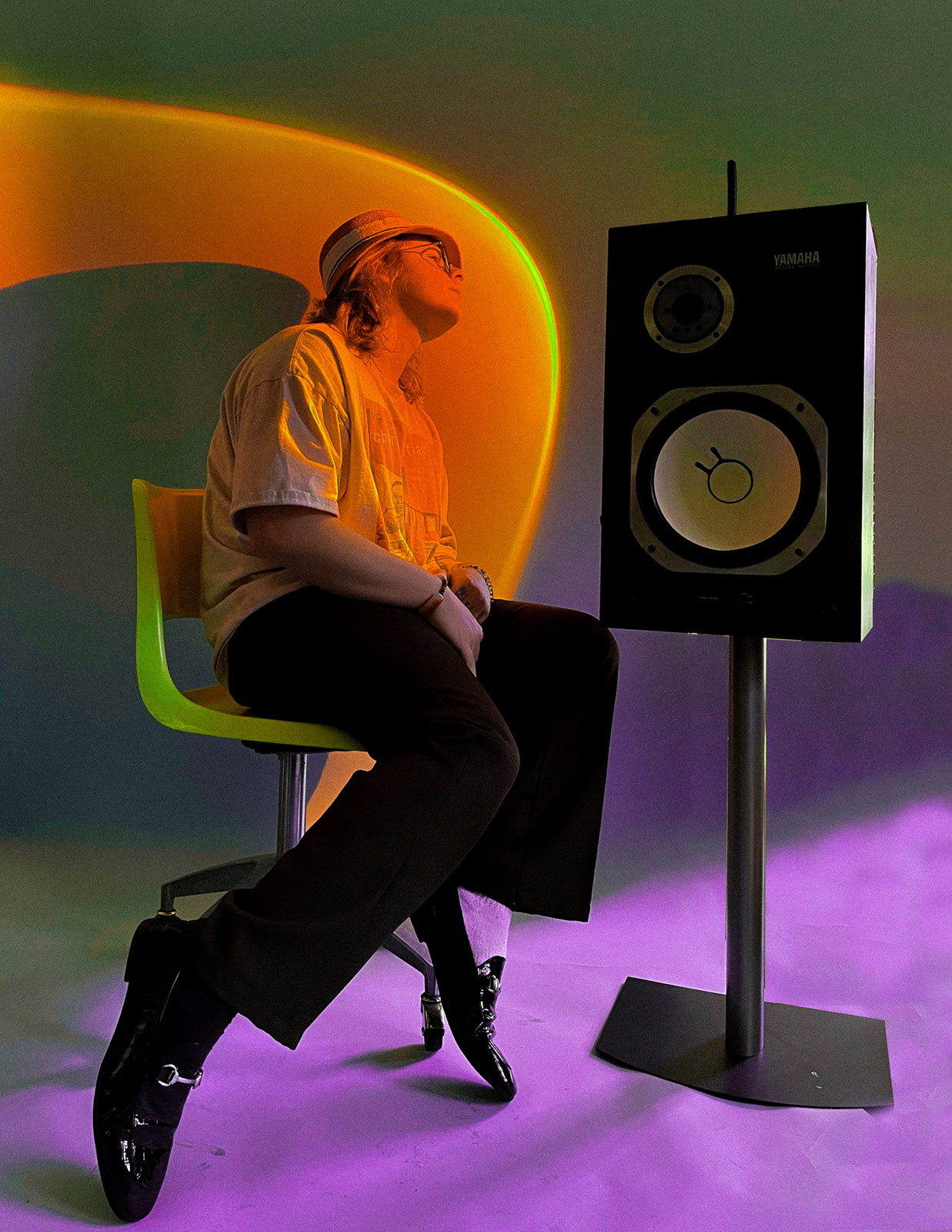 We all know that childhood experiences can affect someone later on in life. Tommy Newport realises that the constant change in environment as a child, moving from the United Kingdom to different areas in the United States, influenced his love for music. Using this medium as a way to kill time whilst travelling, Newport has since released multiple albums and EPs, been featured on numerous TV shows and has recently dropped a new single featuring Earthgang. As a college dropout, he now takes advantage of the talented people who surround him. In his latest album, he uses fruit as a metaphor for youth, a period of time which is short-lived but full of memories, both beautiful and not.

I understand that you grew up moving frequently. Were there any difficulties in that as a young boy and has it influenced your music somehow?
I believe my youth has definitely had a silent effect on me, only to be discovered and looked back on as an adult. Moving frequently has pros and cons. I know I was given a handheld CD player at a young age for entertainment as moving to America leads to a lot of sitting around doing adult stuff, long layovers and long flights. I definitely got into having my own CDs and favourite music as early as I could as a form of time killing.
Your music has appeared in a handful of shows like The Sinner, Ballers and Search Party. When you first started your music career, was your goal ever to be featured in TV shows or was it something you never thought would happen?
It wasn't a goal but a pleasant surprise, I didn't even know how all that worked, careers in art are funny, instead of studying for a handful of years in your desired field of work before you start, in music you basically learn everything about your job day by day, at least I did. I would look at my 17 year old self and patronize him for sure.
Can you tell us more about your 2000s themed moodboard? What do you think your music style differs compared to that era's classic anthems?
It was just something I noticed was coming through in the music on this particular project. It reminded me of the era of indie pop rock to the likes of MGMT, Two Door Cinema Club, and I'm not surprised because I had my CD player in the early 2000s and that's all I listened to too. It was an era of pure anthems, music festival anthems. The most famous songs in current indie rock catalogs are from the 2000s and 2010s and I really wanted to be inspired by it. 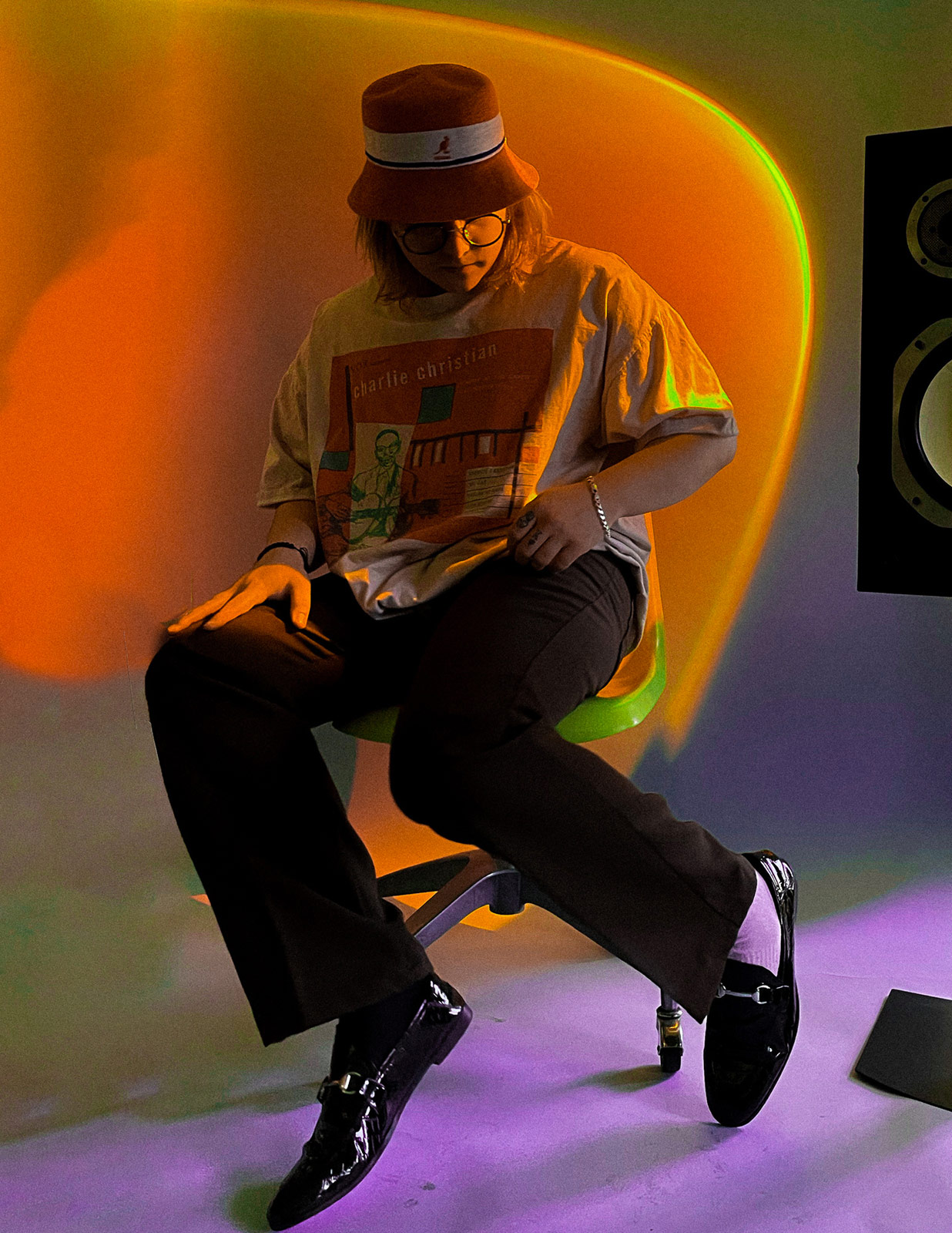 Your latest album Ultra Mango is inspired by learning new things in life and being naive. How do you associate the fruit to the meaning behind your songs?
I associate it with something having all the same links as youth. Its lifecycle is short, it's beautiful and sweet but it doesn't last very long. Fruit like our own thoughts and lives can sometimes flourish and sometimes be rotten.
I noticed that the songs in this particular album are all pretty short – less than 3 minutes. Does this have anything to do with what experts say is the decrease in attention span of young people and an increase in ‘skipping culture’ regarding music?
In some ways we look at trends like that, everyone in music has an idea about that culture, but mostly it's just what ended up being the final songs. Maybe it reflects on good things coming and going in an instant. Also more freely put together mixtapes or EP’s sometimes I like to keep it simple.
The artwork for the album is really captivating and much more abstract than your other ones. Is it safe to say it demonstrates your progression in finding your style of music and how you want your listeners to see you?
I think it's just a product of having more access to really talented people. Earlier on I was a college drop out with no money to my name so I worked with what I had. This cover was commissioned and planned out, the artist spent weeks on it, it's more of a methodical approach.
When you have talked about Ultra Mango yo've said that you “love throwing curve balls on projects and not having each song sound similar.” Can you give us an example of a ‘curve ball’ that you’ve thrown into this album?
I personally think the opening track, Sweetener, which is more dark, guitar-based track leads a listener in a direction in which hearing the second title track might come as a surprise. They contrast each other heavily and it reflects on the themes and concept set out for the EP.
You talked about how Warp Speed Suzie was a product of working with some new producers for the first time in their studio. How different was the creative process in this case?
The process felt very similar to my own, the main differences were getting ideas and input from more than just myself. Having someone who maybe disagrees with something or adds their own flair its very interesting to enjoy for the first time.

You released the Shooting Star music video. When I watched it for the first time, I immediately thought of Frankenstein – how does this theme correlate to the lyrics of the song?
I set out to recreate a Frankenstein scenario. The lyrics are almost self deprecating in a way or sarcastic. It reflects on a positive feedback loop from the people around you, while they have good intentions, if you struggle to see it yourself succeeding for any reason, it feels like you're an imposter.

You have had support from some major that have described you as ‘the next big thing.’ So, are you ready or are you panicking a bit?
I am excited, I didn’t set out to be big or the next big thing. I just like making tunes so whatever comes along with it is a bonus. I am always glad I have an audience to share my songs with.
I know that we will be seeing a lot more from you, especially if you stick to the path that you are currently on. Are there any future projects you would like to share with us?
My single Stargazer, featuring the incredibly talented Earthgang came out and is going really crazy for me right now.