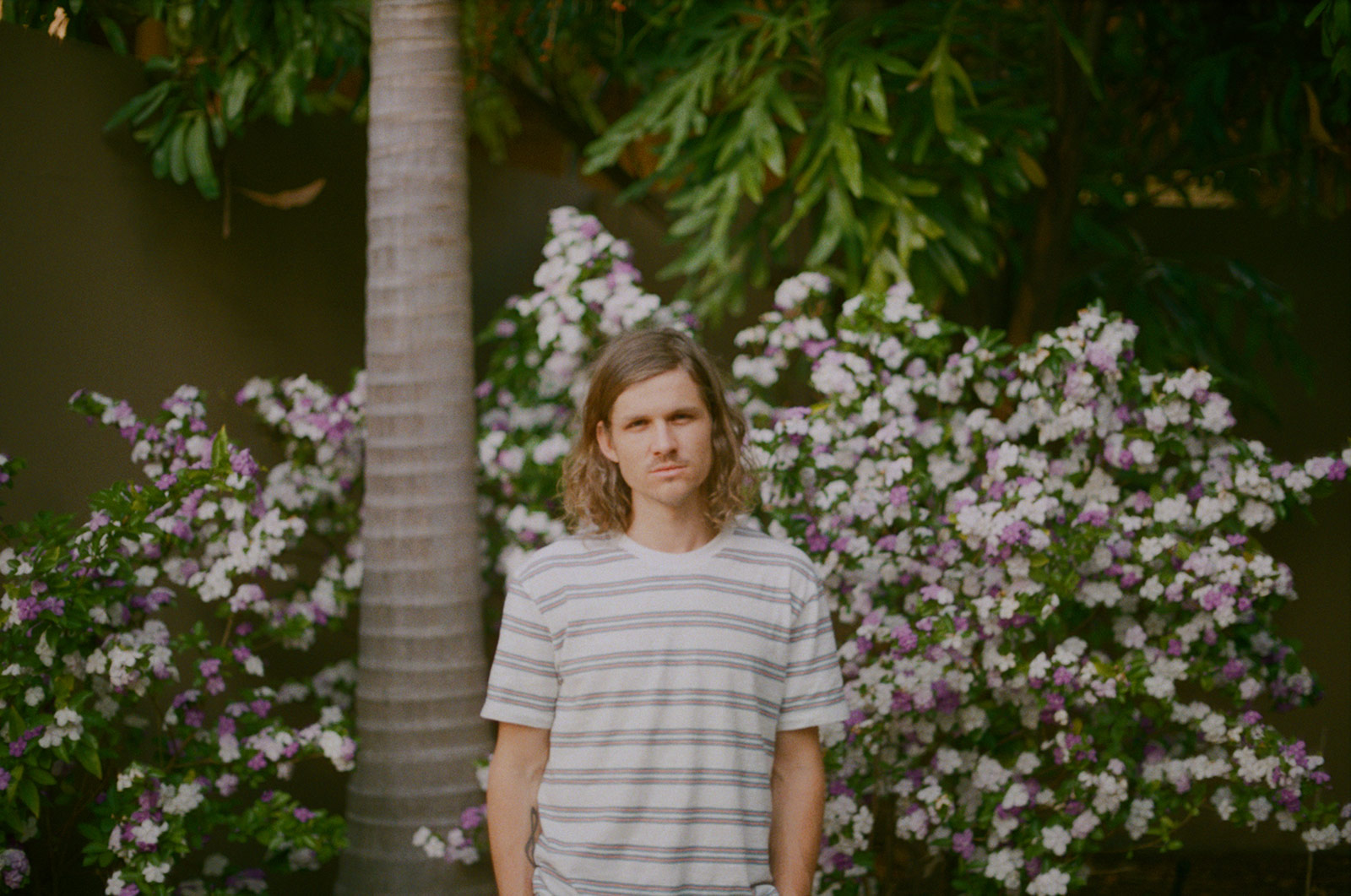 You may know the Australian musician and songwriter as one half of the duet Tim & Jean but now Tim Ayre is ready to go solo. Influenced by the Beach Boys, the Beatles, the Flaming Lips, Stevie Wonder and Daft Punk, Tim is now ready to pursue this new adventure.
He has just announced that his new EP Modern Life will be released on June 16 via Kitsuné Musique, and, in the meantime, the musician has come out with a lo-fi rework of California Dreamin' and today he's releasing his newest single Mexican Holiday. The kooky song is about a trip that his friend took in 2014 to Mexico and what it might have been like, as he's no longer in touch with him after he ate a bunch of Peyote one night.

We first heard the name Tim Ayre when you were part of the indie-pop duo Tim & Jean. In 2019 you decided to go solo, what made you start this new adventure in your career? How is it going?
I wasn’t really focused on music when Tim & Jean finished up around 2012... I kind of wanted to find myself, travel and experience different things before I could make music on my own again. It's nice to be back at it again.
A few months ago, you released a lo-fi rework of the 60’s hit, California Dreamin’ and it sounds magical. Why did you choose to cover this classic? What do you think makes it different from other previous versions?
I remember loving it as a kid because my mum always played it. I chose to cover it because it felt nostalgic to me and I wanted to try something different with the sounds and vocal performance. I haven’t really heard any other versions other than the original but yeah it’s my interpretation of the song and I’m happy with the way it turned out.

I’ve read that on your previous EP, Tim Ayre, you were inspired by the days you spent by the seaside listening to your favourite tunes. You have an EP on the way, Modern Life, what have been your main inspirations this time?
Most of the inspiration comes from travel and experiencing new places and meeting new people which has helped me evolve as an artist. Modern Life encapsulates that experience.
You use a vintage aesthetic and retro sound in your songs, kind of nostalgic sometimes. Why did you decide to name your next EP Modern Life? What makes it different from all your previous work?
I tend to gravitate toward things that remind me of the good times and people I love to share those good times with. The nostalgic retro sound is just me trying to interpret those feelings into music. Modern Life is my favourite song on the EP that probably has something to do with it, but I think it mostly sums up the EP in a swift phrase.
In your new single Mexican Holiday, you play guitar, drums, bass and synths effortlessly. Tell us a bit about the creative process behind this track.
Thank you, I’m not really great at any of those interments, to be honest. I honestly have great people I work with who can help bring my ideas to life or re-play my bad demo recordings and turn them into something special. Shouts out to Tij (Tobias Priddle).
You have been collaborating with the French label Kitsuné Musique that works with the likes of Childish Gambino, Crystal Fighters, Hot Chip, Parcels, Towa Tei, Years & Years... How did you start working with them and how do you feel about being part of such an innovative and fresh label?
’d known of Kitsuné for a while and was always intrigued by their releases and loved what they did. I think I hustled someone at the label to listen to my badly made demos and they got back saying that they loved them but if they could hear something more finished (laughs). Now we are into our second EP. I love them, they’re my French family.
You were part of the Mexican music festival Far Away Together, a project to support independent artists during the pandemic. How do you feel about these new initiatives? What are your plans for promoting your new coming EP during Covid?
It was great, I really love the idea of people coming together and creating new alternatives to performing live. Especially to a completely new audience. I commend the organisers for making it happen.
To be honest, I’m not exactly sure how to tackle the whole pandemic thing I guess we take it day by day, week by week and kinda see how we go… Music is hard enough to promote anyway but I think there are some new innovative ways to get your music out there which is still makes it worth it.
Every song that you release has a fantastic colourful cover that combines perfectly with it in a very dreamy/soft way. Can you tell us more about the artwork? Who made it?
I give all the credit to the Kitsuné team for the first EP and to a Melbourne local Garreth Pearse for the Modern Life artwork, he’s a genius and a joy to work with. I’m definitely getting the artwork framed for the studio.
I’m curious to know, what is your dream music collaboration?
It's hard to say my dream collab there are so many. If the Gods allowed it, I would love to create with fellow Australians Kirin J Callinan, Jack Ladder, Donny Benet, Spectator, Kesmar and Deep Faith.
Also American artists Weyes Blood, The Lemon Twigs and, of course, Canadian/Californian Mac Demarco to name a few.
We know that your next project is going to be released in June but, is there something else that you are working on right now? Any more plans for the future?
There are a few things in the works but, yeah, just stoked to release the EP and hopefully play some gigs soon!