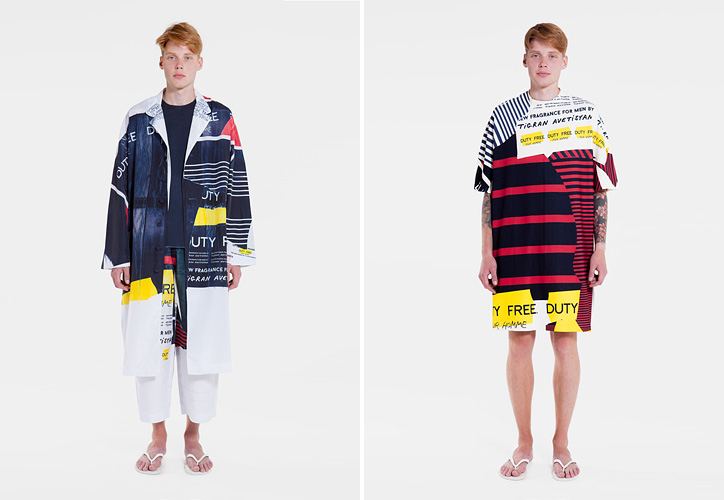 Hi, Tigran, How are you?

So, what was the idea behind your s/s 2015 “Duty Free Pour Homme” collection?

My starting process was slightly different this season. I was thinking about how big fashion houses operate. Many of them would release collections only to promote sales of their perfume. In a way, a collection acts as an advertisement for a fragrance. I created a perfume first, which was called “Duty Free” and it was inspired by my trips and time, spending in the airport waiting zones. Each time I was heat by all these scents, mixed up all together. So I thought it might be a good idea to create a “Tigran” perfume. So, I’ve bought all these popular fragrances from Duty Free and I’ve mixed them all in one bottle. And later on we’ve printed the mix of all these bottles in 3D printer.

Your tags say “One size fits none”. Can you elaborate that?

For me its just a logical step in the development of fashion system in general. Everything becomes so much more unified and unisex. I just wanted to make a comment on that.

I know a lot of girls, wearing your brand, despite it’s menswear. Do you think that gender question is no longer relevant in fashion?

Most of my customers are girls. To be honest, I think this trend of unisex clothing is not going to stay that long. Fashion people get tired of everything so quickly. After seeing too much gender-neutral collections they will get into something else.

After graduating from CSM you’ve relocated from London to Moscow. What stood behind that decision?

For me it was about time to go back after spending 6 years in London. When I’m here in New York I always compare it to London. I thought they would be similar, but they are two completely different cities. I find New York much more positive, when London really drains you. From a non-student perspective it’s a very tough city to live and work in. For me moving back to Moscow was going back home, to my family, which I’ve missed a lot. Now I enjoy spending time with my lovely parents and four siblings. I have 3 sisters and one brother, I’m the oldest one.

Is your label based in Moscow now?

Yes, my studio is there and I feel very attached to it, but I don’t plan to stay anywhere for a long period of time, because you get tired. At the moment me and Emelie are really enjoying our stay in New York. I think it would be a much better world if everyone had a chance to live here for one or two years. Everything is more cooperative and open to other people here.We enjoyed our time at Vfiles, where all those different characters worked together, helping us with a show.

It’s common to compare NYC to a "melting pot", where people from all over the world "melting" together to make up New York itself.

Exactly. It’s like a waiting zone in the airport. All it’s missing is a Duty Free shop, which I wouldn’t mind to set up here (laughs).

Can you tell some words about your recent collaboration with SHOWstudio and Nick Knight?

It is a really interesting story. Emelie and I did that funny video campaign in Moscow. We went to different malls with a hidden camera attached to my chest. Emelie was in charge to guard no one was watching us, while I was pasting my own advertisements over others’ in a range of fashion magazines on a newsstand. Then my really good friend Stavros Karelis from London’s store Machine-A forwarded this video to Nick Knight and it got featured on their website. Couple of weeks later they contacted us and offered to do a collaboration together.

And then you came up with your second video with designers. How would you compare these two videos?

Its hard to compare them, but what I like about the second video is that there was no product featured in there. The most exciting thing was the ability to tell a story without even showing what you are selling.

It’s interesting how you used the designers to deliver the message that’s not visually expressed. Do you think it’s still important to carry a message through the collection?

I can’t speak for everyone, but for me at this stage I wouldn’t have been able to make a collection that doesn’t have a message in it, because my brand heavily relies on a conversation. If it was just about seasonal trends I wouldn’t get so excited about making a collection, and that is very important to me.

My final question I ask everyone I have a chance to interview: what is your definition of modern luxury? Does it still exist?

You mean in fashion or in general?

Then luxury is JW Anderson. 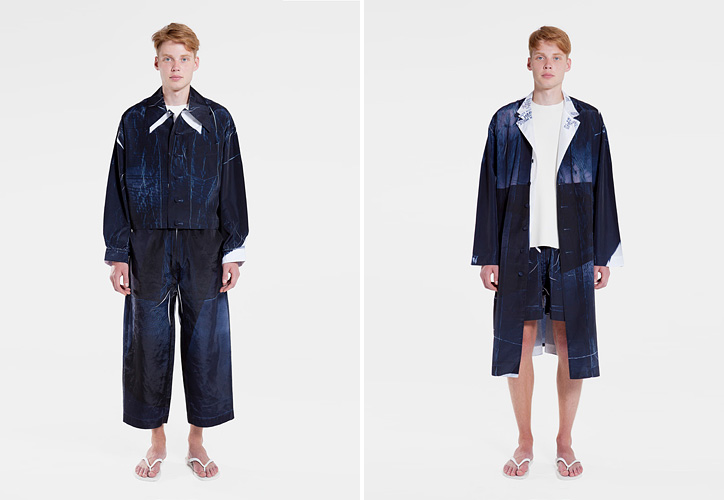 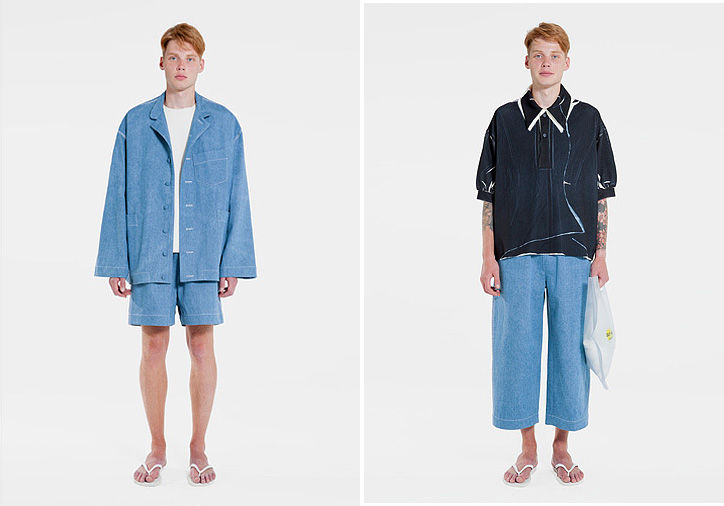 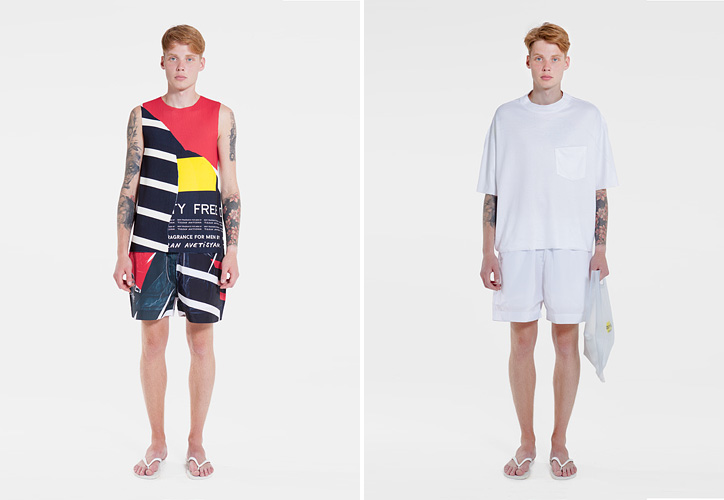 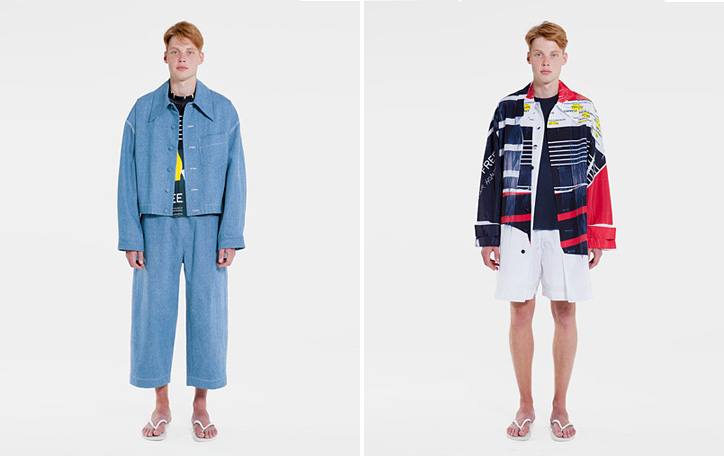