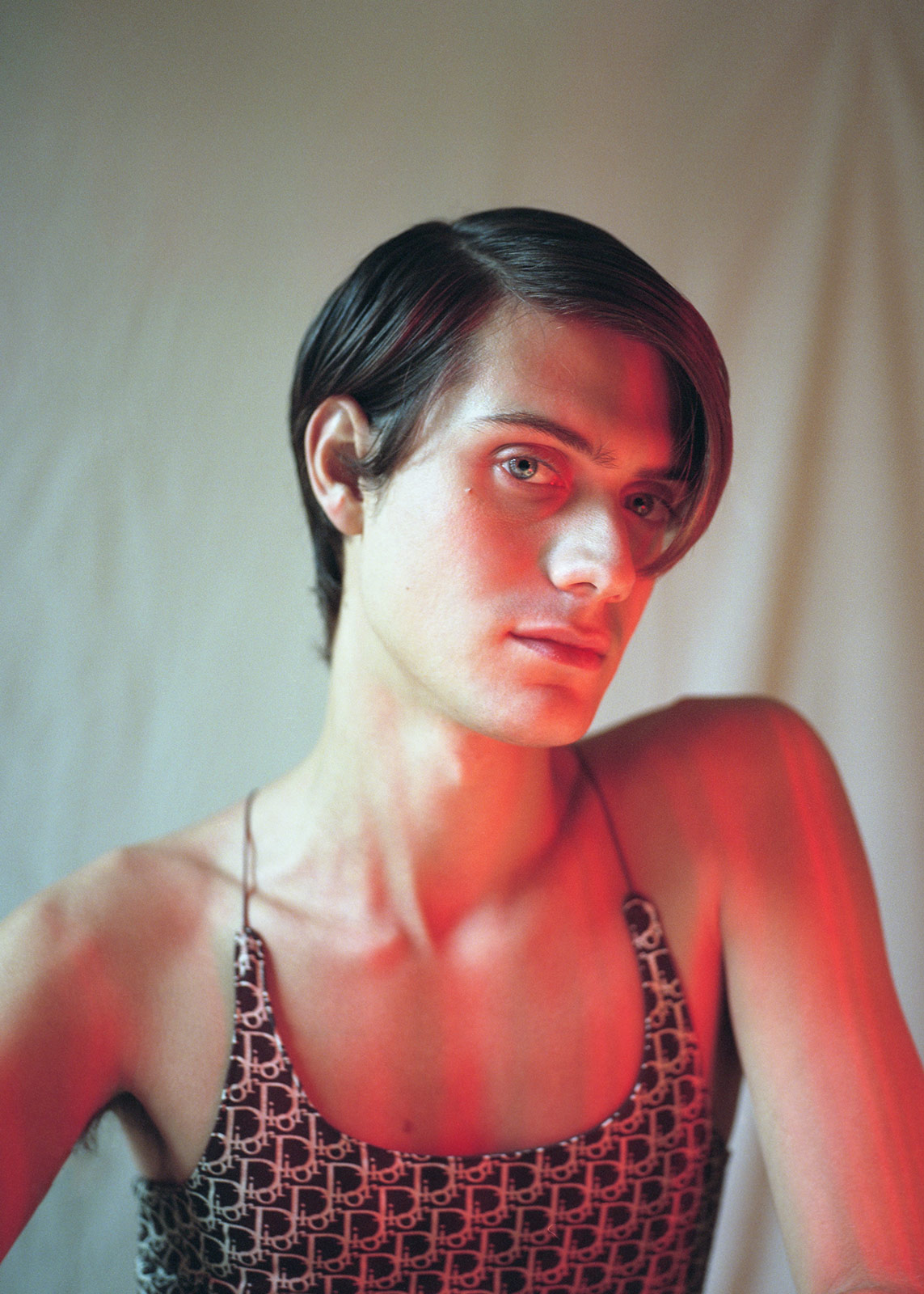 Thomas Costantin creates music he once dreamt of and strongly assumes music as his greatest friend. He hated going to clubs when he was younger due to the sounds and the atmosphere. Costantin would have preferred to hear his own music in there so he started to think about becoming a DJ. And so he did, and now, he’s already played for brands like Gucci and clubs like Plastic. His first EP, Fire, will be released as THO.MAS on the 23rd of February. He describes its sound as dark, theatrical, and with a perfect beat for a nightclub, very much inspired by music and movies from the last century.

Hello Thomas. For those who don’t know you, could you tell us a bit about yourself? Who is Thomas Costantin?
Hi, I’m twenty-four and I’m from Padua (Italy). I moved to Milan five years ago and since then I’ve dedicated myself mostly to my work as a DJ, sound designer and producer. I started working on this at a very young age, driven by a great passion for music research; I was always trying to discover new artists belonging to the current music scene as well as to the past.
When did your interest in music begin and how did it develop till today? What does music mean to you?
My interest in music has always existed, since I was a child. When I was about sixteen years old, I hated going to clubs, I never liked the sounds or the atmosphere. I would have preferred to hear my music in there, so I started thinking about becoming a DJ myself. I’ve realized that, since I was a teenager, I listen to more or less eight hours of music every day, so I could say music is my greatest friend.
Your first EP will be released in some days. I’ve been listening to the tracks and it sounds amazing. What’s the concept behind it? And how would you describe its sound?
My first official releases will be in February. The first will be on the 19th; it’s the remix of Giant Steps from my friends Mangaboo. Then, the EP, Fire, will be released as THO.MAS on the 23rd with Emerald & Doreen Records. I find lots of inspirations from music and movies from the last century. I love the drama of old composition and the depth of dialogues from the ‘60s movies. The original two tracks of my EP are exactly a mix of this research and my sound design, which is mostly dark, theatrical, and with a perfect beat for a nightclub. Fire has a sample from gorgeous Georgia Gibbs’ Kiss of Fire (1952), and JL has dialogues from the Italian version of Alphaville (1965), directed by the master Jean-Luc Godard. 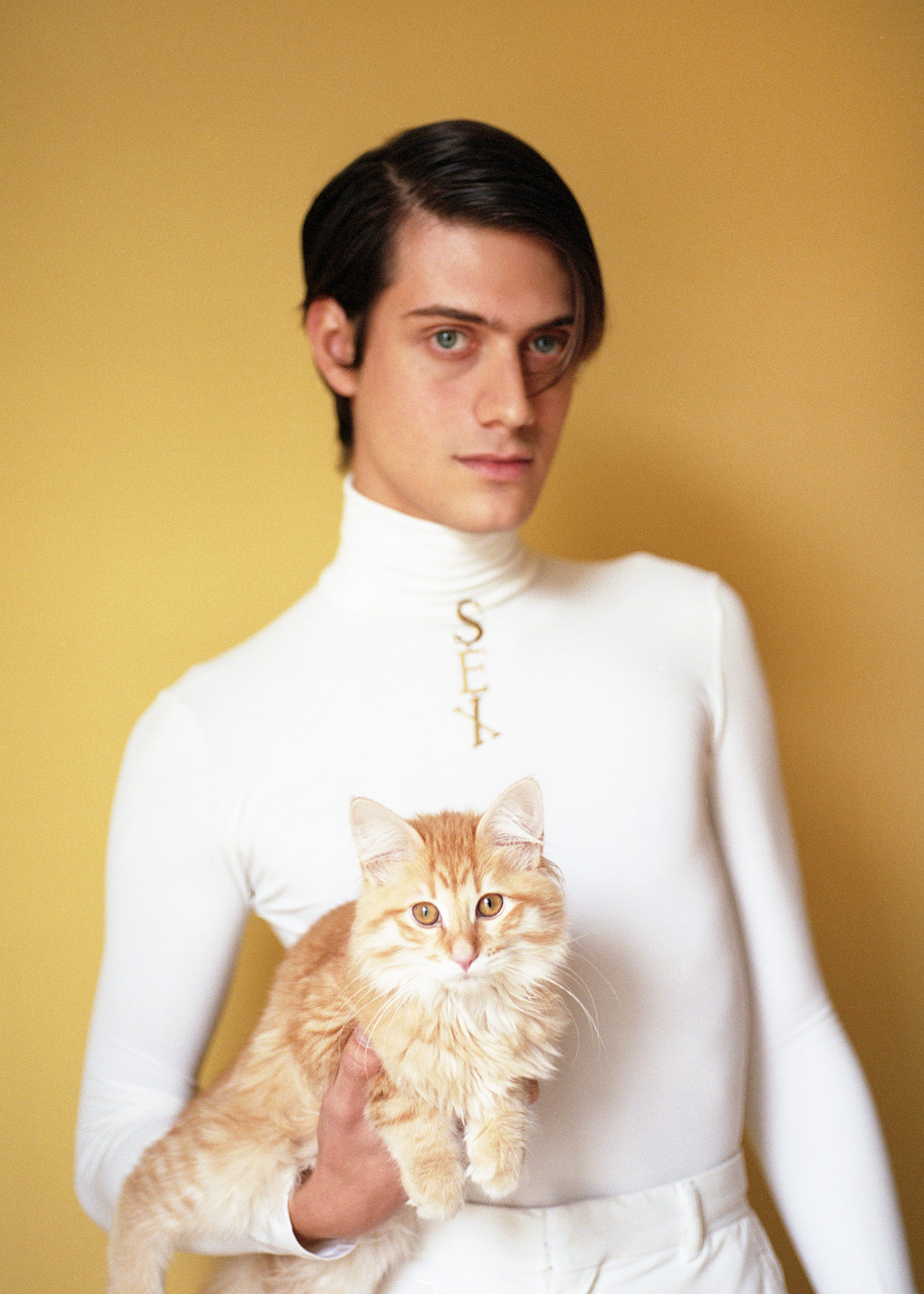 How was the experience of finally producing your own music? Could you tell us about your creative process?
To create music is absolutely electrifying. It’s incredible what you can do nowadays with a Mac, a DAW and a midi hardware. It may sound weird, but I usually tend to actually dream the songs I make; otherwise, I have a sudden inspiration, like a flash. I can try to make music from scratch but the best composition comes from an instinct.
You’ve collaborated with several artists throughout your career. For this EP, you feature Mangaboo, B-CROMA, Jerry Bouthier, Alex Ormas & Atmosphreal. How do you choose who to collaborate with? And in what ways do these musicians contribute to your songs?
They all have very different styles and have made an original remix for JL or Fire. I am bored of EPs with just dance remixes, it’s fun to decompose the tracks and play with them. The result is an interesting mix of four completely different songs.
Since you’re such an eclectic DJ, I was wondering, who are your biggest musical influences?
My favourite artists of all time are for sure Nico (an idol), T. Rex (pure energy), Electric Light Orchestra, Mina, Frank Sinatra (big love). When it comes to more contemporary artists I’d say Tristesse Contemporaine, Yan Wagner, Chapelier Fou, General Elektriks and Sophia Kennedy, among others. 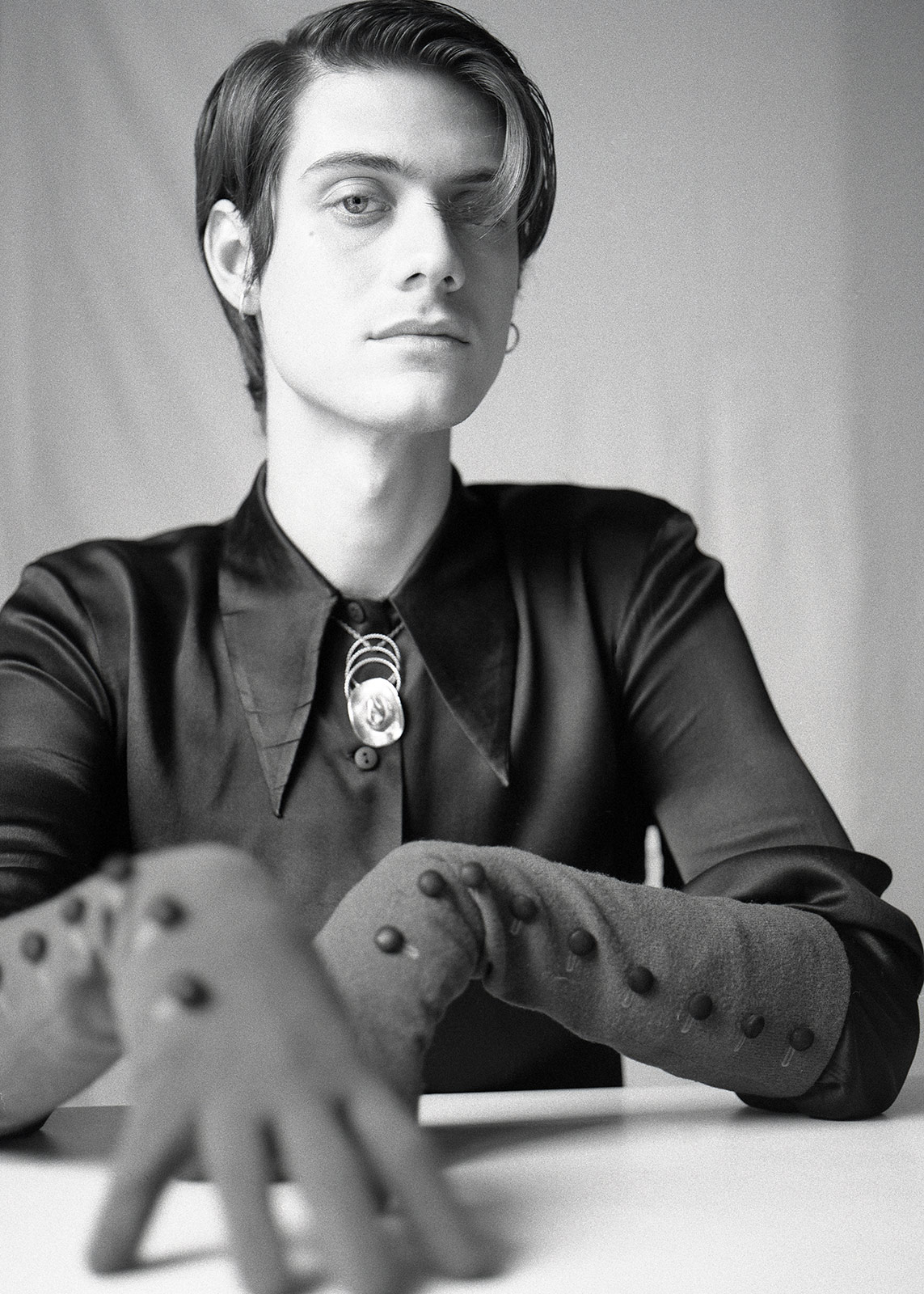 And outside the music industry, who inspires you the most?
I have a big passion for past pop icons like Brigitte Bardot, Liz Taylor, Joan Crawford, etc. I’ve always loved the Ziggy period of Bowie, Michael Jackson Balmain’s jackets, Patty Pravo’s alien gowns in the ‘80s, and the early ‘90s Madonna. Jarman’s movies made me love Tilda Swinton, Woody Allen’s New York, and Michael Nyman's music for Peter Greenaway’s movies – I could listen to that for hours and hours. I also love film director Xavier Dolan, young and very talented. Also like the fashion designer Alejandro Gómez Palomo from Palomo Spain; I’ve recently been to his show in Paris and I’m in love.
You’ve collaborated with numerous brands by playing in their events, from Gucci to Vogue, to Valentino and Cheap Monday. What was your favourite event or party you’ve played till today?
My favourite event so far was Gucci Hub last February. The Moschino party at Plastic was also amazing and so was Qeeboo during the design week.
Do you have any funny story that happened while you were DJing that you’d like to share?
There are thousands of funny stories, from those who ask me to play the latest American hip-hop hit while I’m playing EDM to when a drag queen accidentally turned off the light system while dancing next to me. 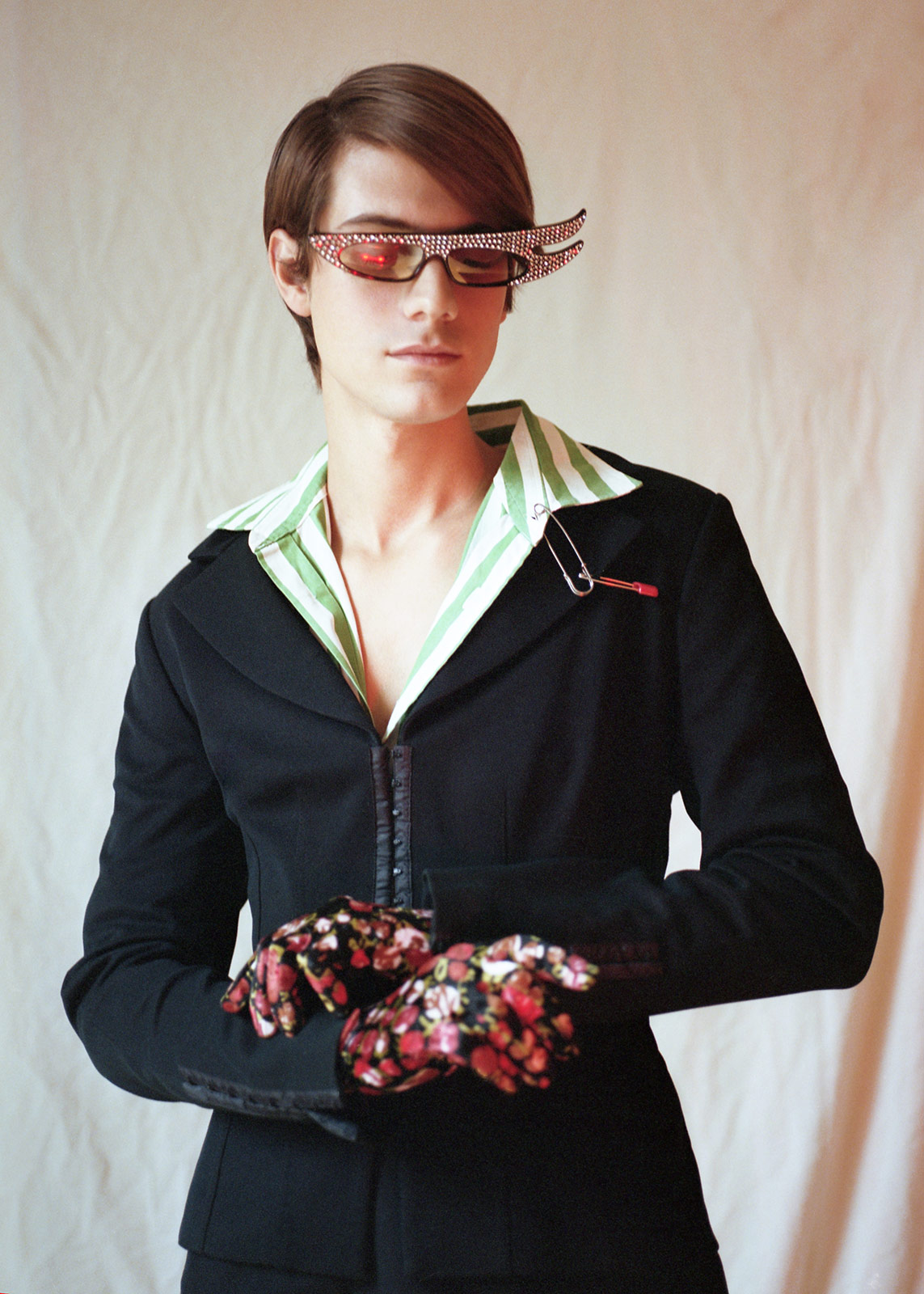 What about your favourite clubs? Which is the one with the best energy?
I truly love Plastic, you can’t find the same energy you find there anywhere else in Italy. Fashion, art and music go hand in hand, it’s European, and it doesn’t follow styles or trends, it creates them. I also love the Manko Cabaret in Paris; I’d love to play there, it would be so much fun.
How is the music scene in Milan? Do you think it’s the ideal city for you as a DJ? Do you want to stay there or move somewhere else?
Milan is for sure avant-garde in Italy. There are lots of new interesting projects in the music scene, pop and underground. Compared to other realities, there is still a long way to go, but for now it’s good for me. I can make ends meet with just this job, which is great!
What’s your biggest dream for the future? Any upcoming plans you can share with us?
I want to continue with my work as a DJ, sound designer and producer, as well as collaborating with many artists. My biggest dream is to create a fashion brand, sooner or later. I have great news for the next fashion week, but for now, I’d rather not say anything, stay tuned!