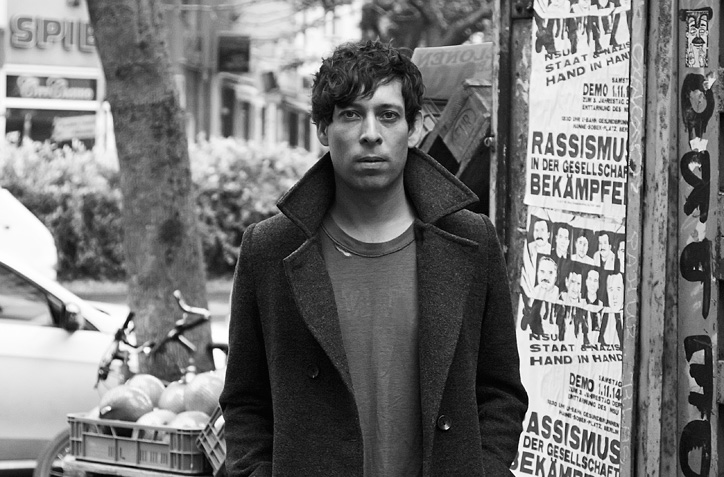 He started playing music as a means to escape from his disaffections, and so he managed to translate his feelings into recordings. This is Luis Vasquez, the frontman of The Soft Moon. Since the band’s debut in 2010, with their self-titled record on Captured Tracks, The Soft Moon has been in a progressive revelation; post punk soundscapes, anguished vocals and industrial synths create the perfect apocalyptic soundtrack to be immersed in. We talked to Vasquez about his beginnings, to get an in-depth look into his introspective sound and to get to know a little bit more about his third studio album, “Deeper”.

What made you go into music?

I remember that when I was a little kid I was watching lots of MTV, I was obsessed with guitar players and metal bands like Guns n’Roses. I really wanted a guitar, and my mum didn’t want to give me one. So I asked my grandfather, and he asked my uncle, who’s in prison actually (he’s been in prison for 36 years now). He sent money from prison to my grandfather to buy me a guitar, so I got a guitar when I was 12 years old. Once I got it, I just stayed in my room forever, and I just learnt as many songs as I could. When I was 15 I started writing my own music, and since then I’ve never stopped.

On other occasions you’ve said that you had a difficult childhood. In which way did this affect your music?

My childhood has had a huge influence in my music, because we were poor and my family was pretty violent. I grew up in bad neighborhoods, so I was exposed to a lot of dark realities, and all these things kinda stuck with me. This is why I feel dark on the inside, something I want to get over has stayed with me – being a child and seeing all that stuff, I guess that was very traumatic. All the things I saw and experienced have had a big impact on me, and that’s why my music sounds the way it does.

Did you have a band at that time?

My first band started when I was fifteen, when I began writing my own songs. I remember that I convinced my best friend, who didn’t play any instrument, to get a bass guitar. I helped him buying it, I had a bunch of effects’ pedals and I told him I would trade them so he could get a bass. He got it, and learned how to play it, we also got a drummer and we started our first band. It was funny, because I remember that at that time I was too young to play in bars, they would only let us do so if my mum signed a paper, but I would never told her so I would sign the papers (laughs). And I would tell my mum that I was spending the night with a friend, and play the shows instead. The audience was a bunch of drunk guys, I remember that there were always fights and stuff, because I grew up in a small town called Victorville, in the Mojave desert (California), and in that desert everyone was retarded, fucked bad people.

How did you start The Soft Moon?

It started when I was living in Oakland. Before that, I had taken a little bit of a break from writing music and moved to Argentina. Then I went back to Oakland, I was working in a normal job doing graphic design for a big company, but I was struggling with it and needed some sort of escape, so after work I would come home and start writing music again.
I showed the songs I was writing to my friends, and I also uploaded them to Myspace with the band’s name, which I came up with randomly (laughs). And I started getting messages all the time. Mike Sniper from Captured Tracks wrote me a message about releasing a 7-inch, and I didn’t write back for like three weeks. I don’t know, I wasn’t interested in putting my music out into the world… And then, after a while, I was on their website and I discovered that Blank Dogs was his old band, and I was like, “what the fuck am I doing!” And that was how I signed with them.

Since you signed with Captured Tracks, everything has gone pretty fast. How is the relationship with the label like?

At the beginning, The Soft Moon was different from everything else in the label, and it still is now, because now everyone is focused on Mac DeMarco. But as the label is still small enough, they can have a lot of focus on each band, if I was on a bigger label I would probably get lost, because the line up would be too large. With Captured Tracks there’s only a few bands, so they give you the attention that I think helps developing each band faster than in a bigger label.

Do you think that The Soft Moon’s style has developed between records?

I think that, with The Soft Moon, I still stick to that what I call my ‘formula’. It still has the same feelings and I still write and sing about similar topics, but I think that I’ve evolved as a songwriter. It’s something natural, if you do the same thing for years you’re going to get better at it.

You wrote Deeper in Italy. Why?

My manager is from Venice, Italy, and I had a conversation with him and told him that I should start writing a new record, and that I wanted to write it in some different place. I was still living in Oakland at that time, and I just wanted to move somewhere far away, somewhere I wasn’t used to, somewhere I could be alone and focused.
Since he’s from Venice, he said, “what about going to Italy? I can find you a flat to live in.” And it seemed very easy and convenient. So I got a one-way ticket and I flew there, I moved into my new flat, and I started writing. I was also going back and forth to Berlin, so I was writing a little bit there and then coming back to Italy.

How was the recording process?

It was hard, it wasn’t easy, and I was there by myself. I struggled at the beginning, I had a hard time being inspired – and then I realised that the reason I had gone there was because I could only depended on myself, and that all the inspiration had to come from me. I realised that the whole point for me to go there was not to be inspired by everything else, but to be inspired by myself. Once I realised this, it was a little bit easier. Although it was hard, it was not like Berlin where I could go and have a beer downstairs at any time. In Italy I was living in a very small town, just sitting in front of my music equipment and drinking wine, waiting for inspiration to hit, being alone all the time. But it was worth it.

In which way does your second record, Zeros, differ from Deeper?

With Zeros I was going through a very hard time in my life, I was frustrated, confused and pressured –every band is always pressured for their second record. I didn’t had as much freedom as I wanted when I was writing, I was living with my ex-girlfriend so it was difficult to try to write music in the same place. All these things limited me and affected the record, but I’m still proud of it. With Deeper I’ve grown as a person, I’m a little bit more confident, I accept myself a little bit more, I understand my feelings a little bit more – plus I had this freedom of being alone and doing whatever I wanted. Those are the two big differences between both records. And because I was so confident, when I wrote Deeper I was able to experiment a little bit more with the songwriting, maybe going a little bit poppier at one song, maybe playing piano, I felt confident to do these kind of things.

What are your life and music inspirations?

Existence, my personal life, death, the universe, biology. As for music inspirations, I guess in the beginning I was inspired by Neu!, Can, Faust, Michael Jackson, Fugazzi, and even worldwide music, African music, west African music, Turkish music, everything…

What do you have coming up?

Next week I have to go to Istanbul to play a show. But I’m kind of a excited because these next days I’m working in some new music, and it’s been a while because I’ve been touring so much. I’m free for like the next 10-11 days, for me that’s a lot, normally it’s just one or two days off. I’m working on some new music and maybe a side project, I have some ideas and I want to stay busy. And I’m coming to Spain soon! 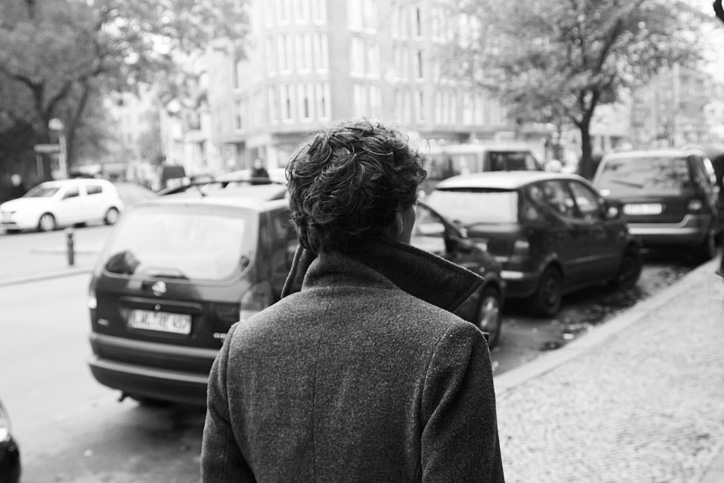