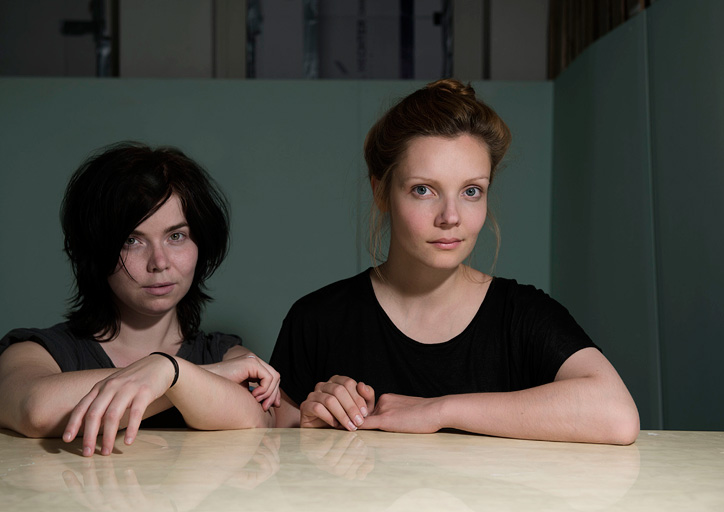 As one of the quintessential teen dramas, David Lynch's Twin Peaks and its mix of horror, quirky laughs and inimitable style inspired a generation. The buzz was predictably sizeable when the director announced last year that the cult show would be returning to TV screens, two and a half decades after Laura Palmer's spooky promise to see you in 25 years. Yet even before this announcement, two Berlin-based creatives as obsessed with teen rituals and its attendant terrors as Lynch had the same idea.

Since the spring of 2014, Jos Porath and Kirsten Brandt have been preparing The Shells – Ausflug nach Neu-Friedenwald, an immersive theatre production inspired by Twin Peaks, to be staged in Berlin 13-20 June. Over 8 days, audiences will mingle with performers in the fictional town of Neu-Friedenwald and attempt to disentangle its web of secrets, desire, and abuse while drinking with the jocks, attempting not to get picked on by the gang of mean girls, and developing a secret obsession for the prom queen. In a custom-built small town and a with cast of over 50 performers, visitors to Neu-Friedenwald can dive right back into their teenage dreams.

You've assembled an extraordinary cast of performers and crew, hailing from across Europe (and further) and as diverse fields as architecture, cabaret, classical theatre, music, fine arts, and contemporary dance. Is this something enigmatic for the Berlin creative scene? In which ways have you been supported and inspired by Berlin's creative community?

It's true, we are working with talented folks from a huge range of creative disciplines and media, and it will be a huge collaboration even before the actual performance: in the lead up, we were working with video artists, filmmakers, musicians, painters and all those other talented, kind people who are building the town of Neu-Friedenwald as we speak, and making it come alive, before its inhabitants even move in.
The somewhat non-traditional Berlin theater scene was welcoming and supportive as a community, and it was great to see that other artists working in a similar field to you are genuinely interested and even excited about the work you are making, and wanting to help to make it a reality. We have met some very kind, relentlessly hardworking and creative people over the last one and a half years that we have been working on this project, but it was the international, rather than the Berlin-specific collaboration, that was so amazing to experience: people who are willing to put their lives on hold and come over from all over Germany, London, Warsaw or Vienna to be a part of this. It's humbling and a little incredible.

Twin Peaks is known for its expert balancing act of instantly recognizable styles and timeless sensibility. Which looks or fashion tropes can we expect to see on performers in Neu-Friedenwald? Which decades are you referencing and why?

We drew much inspiration for the costumes from American popular culture, and the image America has created for itself, and insists on projecting to the rest of the world. As the 1950s were such a high time for white suburban fantasy and a meticulously spelled out vision of kitsch Americana, we are definitely going back to that era as the most central inspiration. We are looking at ways in which masculinity and femininity were expressed in clothing and hairstyles in a time when there was a very particular insistence on what a “real man” or ”a real woman” ought to look and dress like. That being said, to make it appear less like a costume drama and more like a relevant and inspired revisiting of these styles and what they signify, we are working very closely with the wonderfully talented Anne Fidler (Berlin) and Ruby Quick (London) to create an overall costume that speaks to the same impulses of clothing and gender, and the negotiation, upholding or subversion of societal expectations. For this, we are not confining ourselves to any one decade in particular; you will see stylistic influences from the 1940s to 2015, kept together by the glue of kitsch, camp and small town dreams.

Gender dynamics are a key theme in your production. What kinds of femininities and masculinities will we encounter in Neu-Friedenwald?

We are investigating violence, specifically gendered and sexualized violence, and a range of different guises it can come in. Ultimately, the environment in Neu-Friedenwald mirrors any community in which the relentless objectification of young women is socially acceptable, even welcomed, and the brutal consequences of such a climate. First and foremost, the femininities in such a community are survivors. Beyond that, the masculinities and femininities you will encounter are deliberately stereotypical at first, only to surprise you with a complexity that implodes the cliché by complicating it. As we are approaching the narrative from a feminist point of view, it is hugely important to us to include a range and multiplicity of voices and stories, and not to neatly package “masculinity” and “femininity” and work with them as if there was a commonly agreed upon definition of either.

A key theme in the production is haunting, and the return of the repressed. Which hauntings is our generation experiencing? Which traumas are we repressing now, only to plague us a few decades down the line?

In Neu-Friedenwald everything that “cannot be“, everything that doesn't fit the very specific idea of perfection and idyll is repressed; problems or conflicts are never openly addressed, they secretly manifest in a layer well hidden by the still smooth and harmonious façade and only emerge behind closed doors, as forms of –often domestic– violence.
Provided that there is a generation that is ours, “we“ might be haunted by the promise of endless possibilities, as well as the tendency for perfection not to be perceived as a vague, collectively constructed abstract idea but rather as something real and thus achievable that everyone should be striving for. That paradoxical combination of limitless choice and the cult of individuality, and yet assimilation as the underlying motor of it all.

You're creating an immersive environment, in which audience members will have to interact with performers. What is it about the passive role of the audience in traditional theatre that you object to? Do you find a strict separation of audience and performers outdated and less attuned to the way we receive and exchange information today?

What you find in traditional theatre is really a rather passive consumption of art. Whereas other mediums of expression like performance art try to engage the recipient and establish a dialogue rather than a monologue that the audience is merely confronted with, theatre –at least in Germany and even Berlin– still very much relies on the fourth wall. There have been immersive theatre events in Berlin before (initiated by TBN, Signa, Vegard Vinge) but the medium is still not as established as in London, New York or Copenhagen. It seems strange that the established theatre institutions in Berlin like Schaubühne, Volksbühne (granted, they supported all of the aforementioned directors), Berliner Ensemble or Deutsches Theater keep adding sense-stimulating aspects to their plays (music and video, preferably live), but restrict themselves by overwhelming rather than engaging the senses.
What we found to be so fascinating about the medium of immersive theatre is that you, as part of the audience, are not restricted to approach art on an intellectual, receptive level, but also on a very physical, intuitive one.
Immersive performances can make smell and touch a part of their narrative, and thus establish a dialogue between space/performer and audience that is much more intense and active. For The Shells we considered it most important that audience members know that every decision they make has a consequence, even the decision to be passive.

Of course, an immersive environment consists not only of performers, but spaces. Every single room you are creating is loaded with clues as to its inhabitant(s), its history, hidden traumas, and threats. How are you making these rooms speak?

We'll be working with elements that speak to the senses –soundscapes, temperature, naturalistic/dramatic lighting, touch and smell. Although most of the play will be improvised, as there is no script with fixed dialogue, there is a very basic narrative structure with a starting and ending point. In general, this is the intertwined development of space and characters, starting with a seemingly intact and perfect façade that then gradually crumbles down, revealing more and more of the primal drive that has been hiding behind it. To manifest this development, characters and spaces will change, intensify, decompose or reconfigure.
Because spaces and characters can't be separated, we have asked every performer whose character inhabits a space to be present during the set-dressing period, to collect objects their characters would own in advance.
The concept for The Shells was developed for over a year, and so immense detail went into the planning for every space. Of course, a lot had to change since then, and we had to find 'creative solutions to financial restrictions'. A few props (for example, a green velvet sofa that can be found in our nightclub) that we were able to source on Ebay or flea markets have changed the aesthetic direction of whole spaces, and we're glad they did.

Get your tickets here. 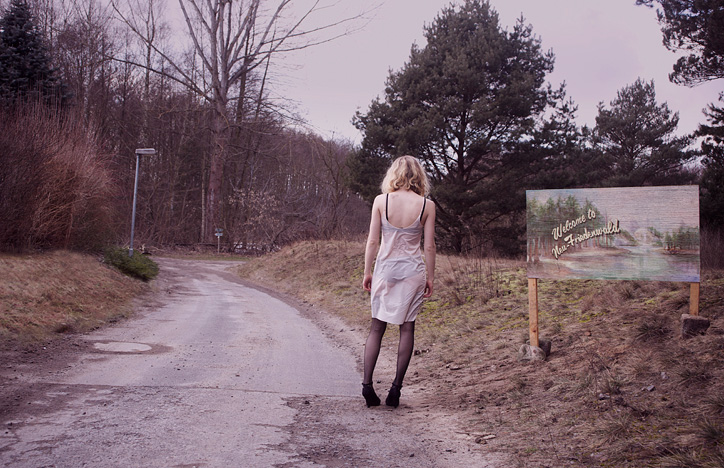 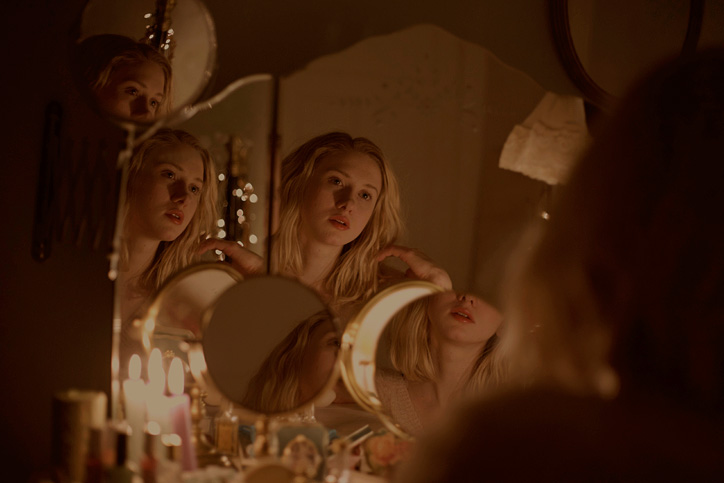 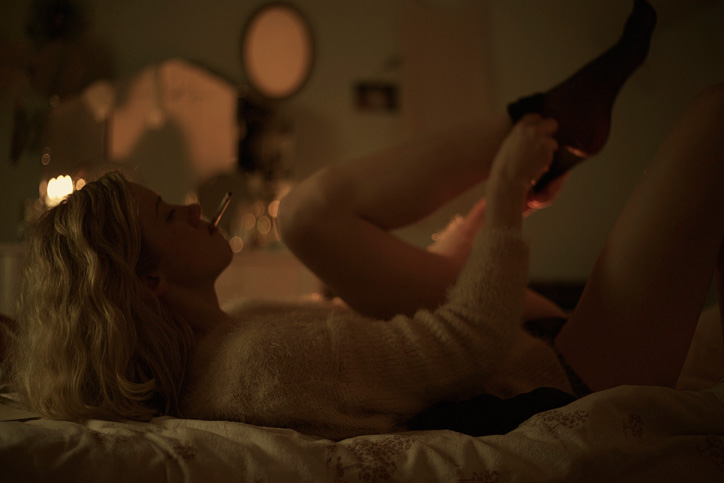 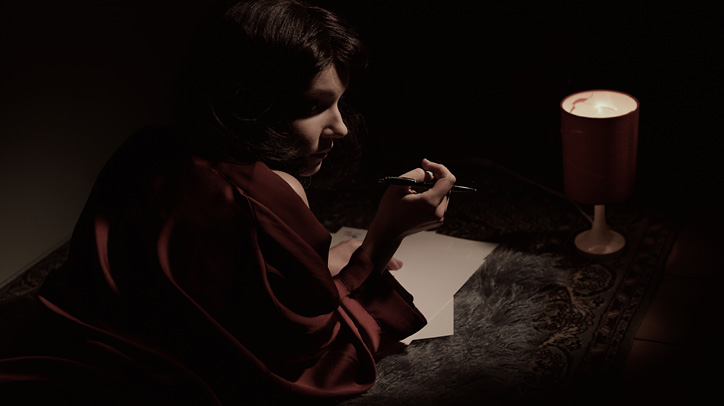 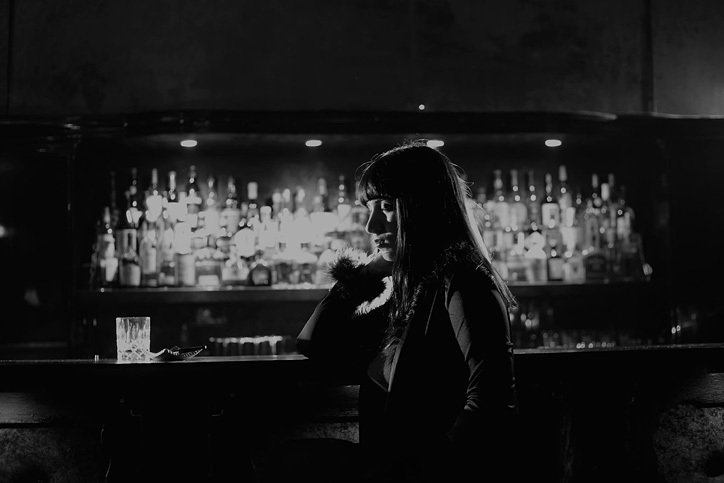 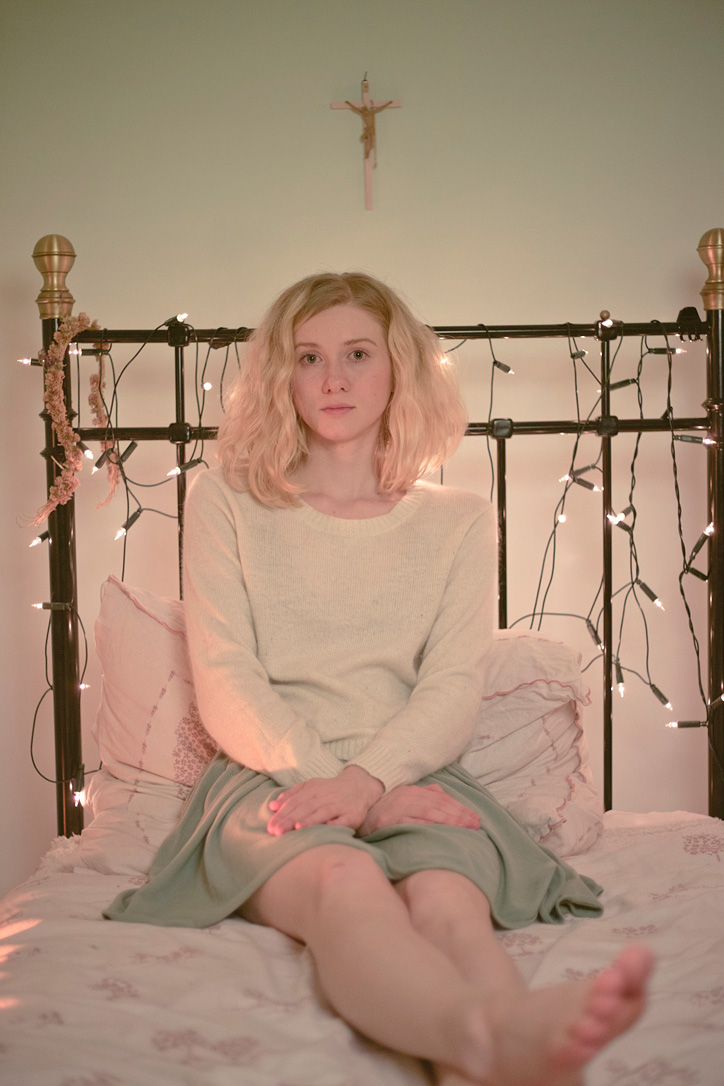