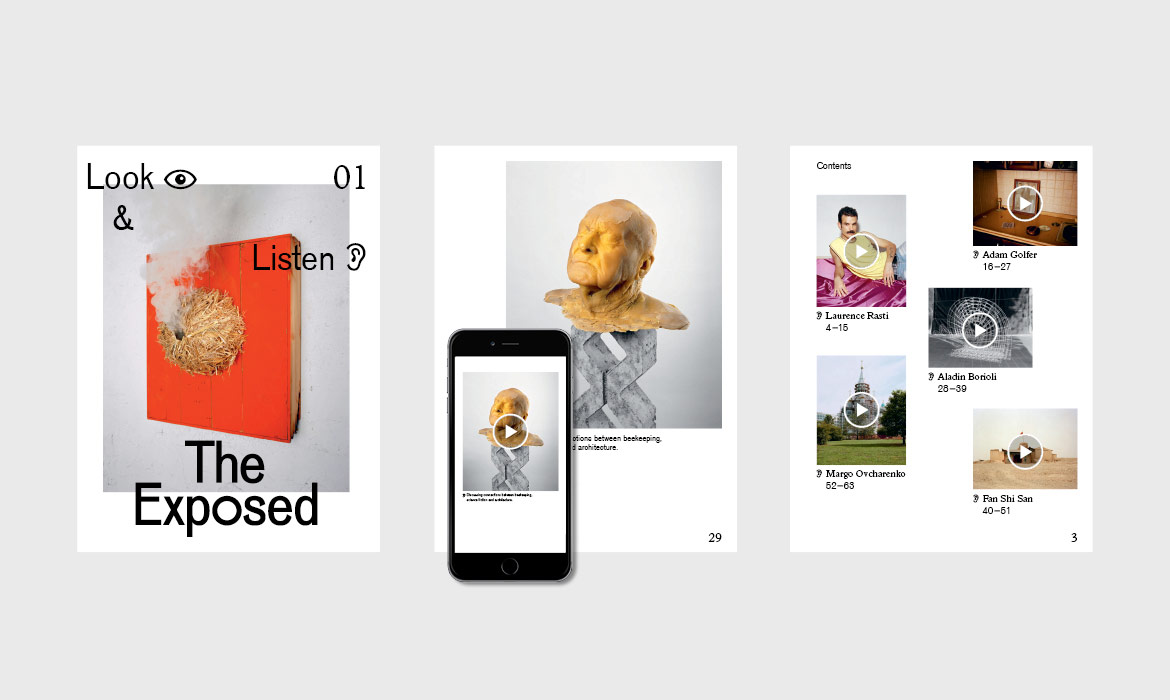 The Exposed is the new interactive magazine that is so much more than just a magazine. With its debut issue launched last November, the Copenhagen-based print publication allows its reader to get closer to the content. Closer to the art. Closer to the artist. The pages, essential to the experience, are but a mere portal into the world that lies within them. Their exciting innovative technology, an app that allows the content to come to life, makes the experience all the more intimate and engaging. Just download the app, hold your device up to the image and see it immediately transform into digital content. We speak to Henriette Kruse and Stephen Kelly, founders of The Exposed, about this exciting new project.

So, you're the founders of The Exposed?

Yes, I (Henriette) am the founder. Stephen came on board quite early. He started it with me in March last year. He’s from the UK and he has been the photo editor. He has recently been in Burma to document the elections and everything that has been going on there. And then there is David, the developer, who lives in Barcelona. Stephen, David and I met when I was on a residency in Fabrica, Italy. Stefan, the art director, and Cecilie, the editor, are also here in Denmark. So, for the most part, the dynamic is a bit challenging when you’re all over the world, but it is also really interesting because you get a great variation of input.

How did you come up with the concept for The Exposed, and why make an interactive magazine?

In many ways it felt like a very natural path. I come from a graphic design background, working with printed matter, and I’ve always loved photography. The last couple of years I’ve gradually become more and more interested in applying technology, and I think many writers, publishers and graphic designers find that there is a gap between the habits of reading content online and flicking through the physical pages of a print publication. I think what we wanted to do differently was not to favour any media, but instead use the media that we find relevant. We talked a lot about the intimate experience you have when you read a book, and it was important for us to keep that intimacy even when we started to add the digital elements. It was really about getting closer to the artist and getting behind the story, using the medium to convey this idea. What was also really interesting to see is what happens when we put it in the hands of the artist.

Your first issue deals with theme of identity, heritage and homeland. Why are these themes important to you?

Our theme was driven by storytelling. We were looking into new ways of doing documentary but with an artistic twist. So it was really important for us to reach out to people who were also interested in telling their story in a different way. From the beginning, we made a conscious decision to focus on young photographic artists who have a distinct voice and that we felt were making interesting, thoughtful and beautiful work. The first one we approached was Aladin Borioli. I (Stephen) have been following the development of his long-term project Apian for some time, and I felt there was scope for elements of his project and his working practice to be explored and presented through the digitally enhanced magazine we were beginning. Aladin came to visit us in Copenhagen for a few days to see how it could work, and after many discussions and initial edits, he became the first artist we decided to feature.
Once we got Aladin on board, it quickly became clear that the visual language of Apian and select themes he is dealing with in his work would become our creative foundation and where it would all begin for us, visually and conceptually. From then on, the artistic and creative direction of the first issue of the magazine began to take shape.

And how do you feel these themes are important in this day and age?

It is very much about connecting with homeland and cultural identity. It is something that we all relate to. We all at one point look towards our roots in life, some to a further extent than others. It’s very interesting here to see these cultures from a very subjective point of view, which also makes it a lot more intimate. They all deal with serious topics but communicate it through a very personal perspective. For example, seeing what it is like to grow up as a young female in post-soviet Russia, in such a male-dominated country. The artists having delved into their roots, and in some ways have even developed new, outside perspectives about their cultures. They all have a lot of respect for their cultures and found this as a way to connect on an even deeper level.

What sort of thoughts and ideas do you hope to inspire in the readers of The Exposed?

We hope to leave the reader with an intimate experience and a feeling of getting closer to the artist speaking to you. We hope that the reader will embrace the diversity of the artists and will understand their voice (sometimes with mistakes and authentic accents) behind the very aesthetic and visually driven narratives.

The layout is very minimalist. What do you like about this style? Do you see it as a signature style for The Exposed or one that will evolve with time?

The design is very much born out of functionality and the fact that the printed magazine has to work with the app. We’ve kept both mediums very simple since it’s a new reading experience and it was important that people wouldn’t reject it because what you had to do may have been confusing or unclear. We wanted the magazine to work on its own, but also for it to intrigue you just enough to want more, which is why you don’t see much text. One of the main challenges was to figure out how to let the reader know when images are connected to the app. It was important that it was visible, but not demanding too much attention. We ended up with the eye and the ear. It’s simple, almost naive, but we liked that it was human and played with your senses.

How has the response been to the magazine?

We launched it at the time of the Copenhagen Docs, the documentary festival. It was a great way to launch it, as we were attending a lot of the new media conferences there on art and technology. We were put in touch with a lot of people who are in this sphere of technology and media and it was great to see how different media and publishers deal with this whole print and digital debate.
It is nice that some people from the more technical side, who know more about augmented reality, have mentioned how they haven’t seen anyone use this technology the way we have – the way that we have managed to maintain that intimacy with the printed magazine, and have the app being a fun part in context with the publication. It is also great to see people engage with it. People read magazines in different ways. It’s not like a book, where you start on page one and read each page one after the other. Our magazine is like an exploration. I hope that people will dive into it and find different little corners, and would want to be intrigued enough to discover what is behind the image.

As much as we are a magazine, we also want to help people implement this technology. Potentially doing some collaborations with other publishers and magazines. Right now we are collaborating with the Copenhagen municipality, focussing on the media aspects. And our plan is to publish the magazine twice a year. Realistically, our next issue will be around June of this year. 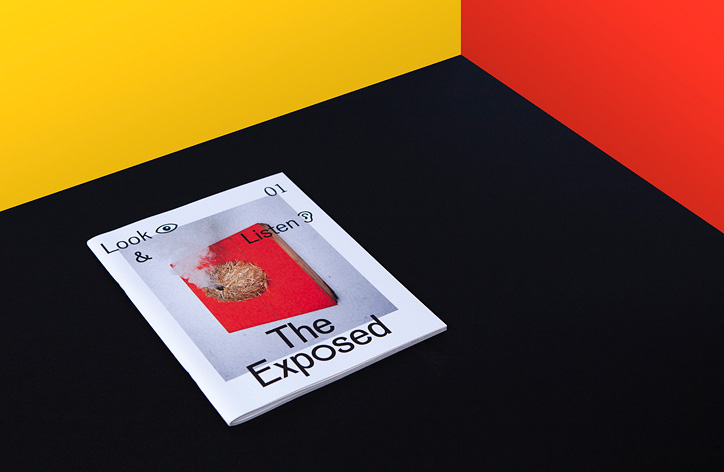 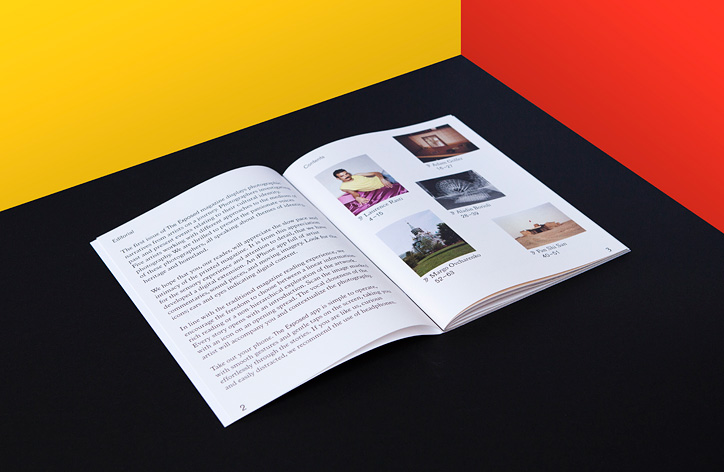 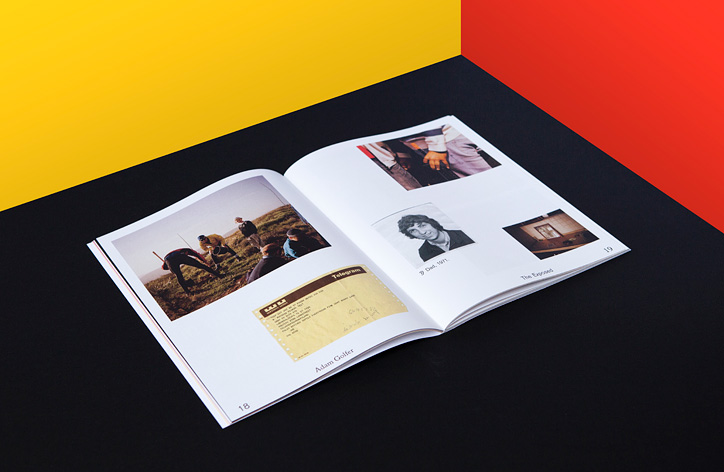 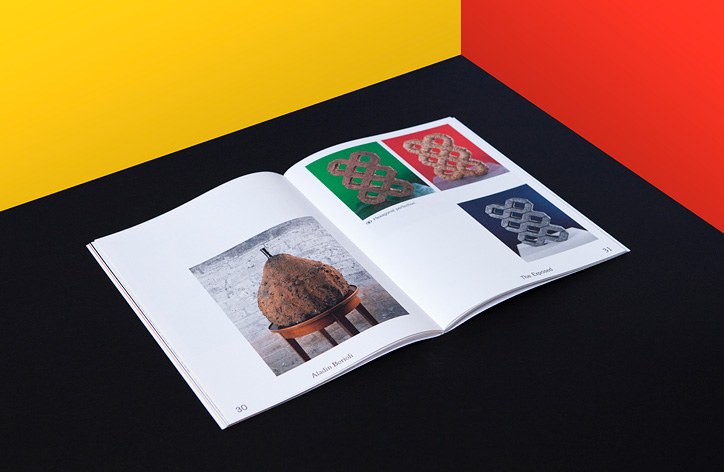 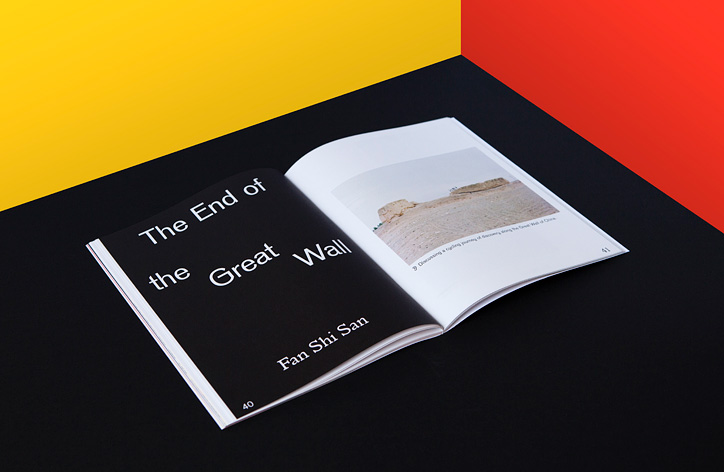 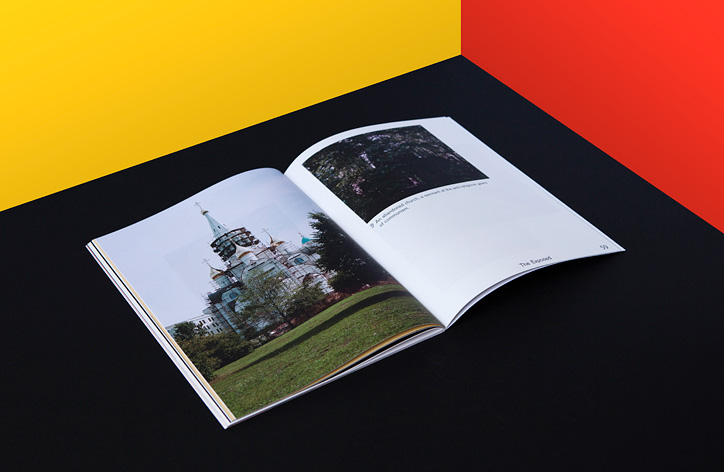 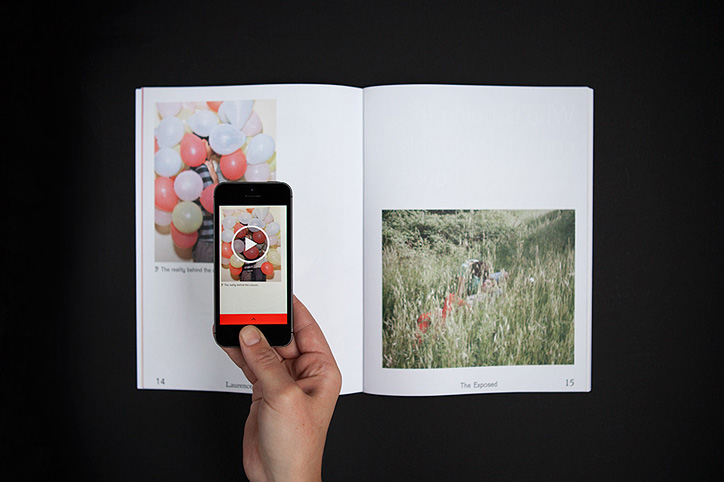 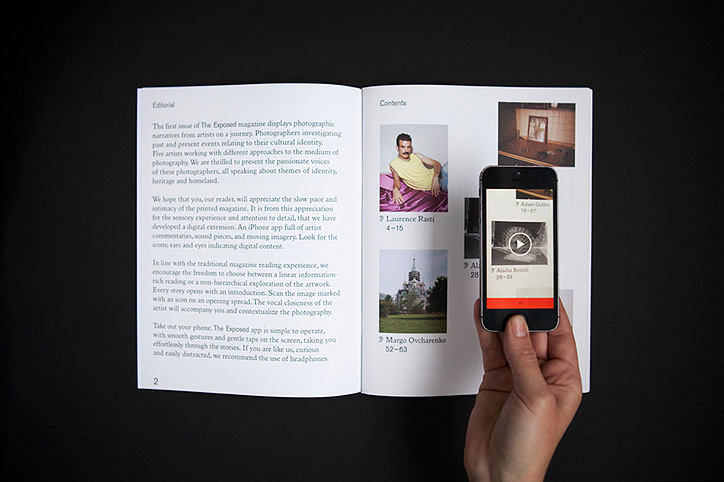