Nothing but the clothes 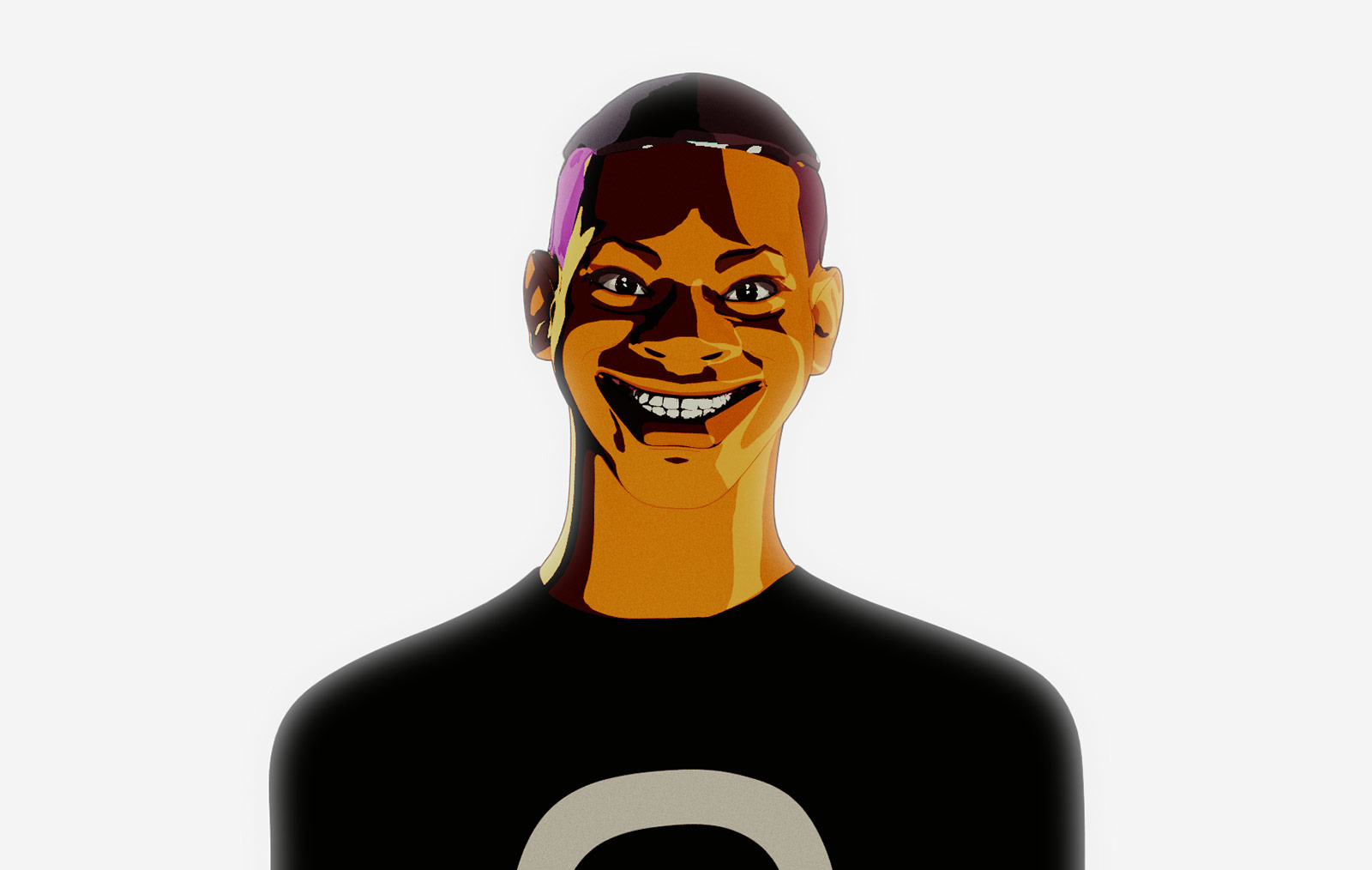 Born out of a urban functionality, Telfar aspires to exactly that. Classic garments are given a new meaning in exaggerated silhouettes and distorted forms. “When I buy clothes, it’s actually for the utilitarian purpose and nothing else,” designer Telfar Clemens asserted. Sitting in the East Village coffee shop, he tells us about his favorite sitcom character, upcoming 26th Telfar’s season and life in New York.

So, how did growing up in Queens impact your work?

I was born in Queens but then my parents and I moved to Africa, where I spent the first five years on my life. Then, because of the civil war, I relocated back to NY. I have a lot of places I keep memories from, like running around my parents' apartment building. The first floor was all covered in glass mirrors – me and my brother were playing hide-n-seek and were kind of projecting ourselves in the mirrors.

Do you remember what you were wearing when you were a kid?

I always wore OshKosh B'Gosh overalls. Green was my favorite color and I would wear it every single day. I still dress like that. I was also into Steve Urkel and the way he was dressed. These things shaped a reference for what I think is cool.

As I know, you started your label 10 years ago. What have been the key changes in your work for the past decade?

My understanding of clothes is much stronger now. I’m constantly revisiting my past collections and looking at what I was trying to achieve, and kind of reshaping it into a more mature version of me. In the past I was more focused on the show impact, but now the focus switched towards the customers. Mixing fashion with function has always been the core of my aesthetics. 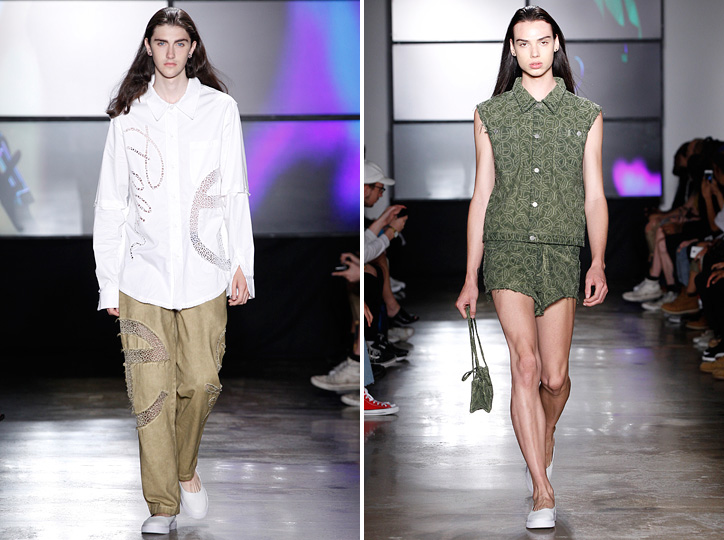 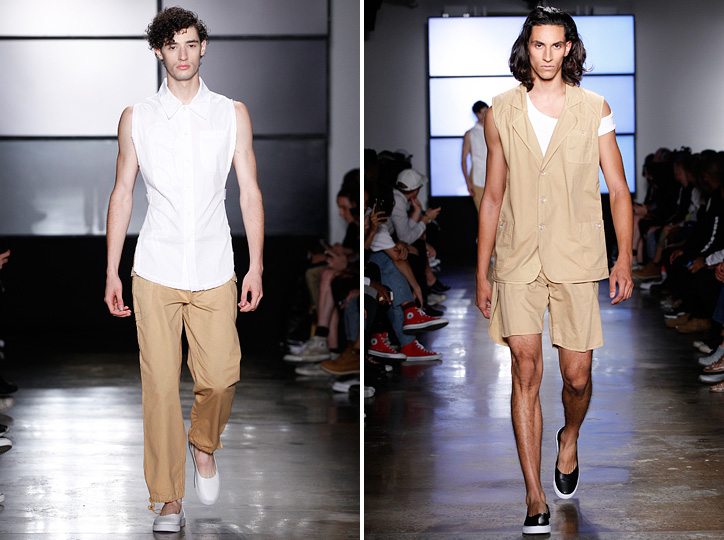 Do you agree with the opinion that people need less clothes now?

I think it is equal. I used to be a label whore (laughs); as a teenager I wouldn’t wear anything that hadn’t a designer label on it. I collected a lot of designer clothes, like Jean Paul Gaultier, Vivienne Westwood and Margiela. But at a certain point I got rid of all these things and the only archives I do keep now is Telfar stuff. I’m not attached to it so tightly, but my apartment is completely filled with the collections. Every once in a while we have sample sale.

How did the idea of having an after party in White Castle pop up?

They sponsored us, because we made a CGI cartoon and included White Castle in it. There was a whole story behind the collaboration. Two days before the show they brought up the idea of closing their restaurant on Times Square for an after party. People were scared to come in, because they thought it was completely illegal. It was a beautiful and organic kind of party, the staff of White Castle and the CEO joined us too. People were dancing on the tables, we were allowed to do whatever we wanted.

We are thinking about collaborating with them in future.

What does being a NY based designer mean to you?

It’s hard to do anything anywhere, but I think it’s especially hard to do something in NY. It doesn’t always pay off. I’ve never actually had a job for someone else for more than 5 minutes (laughs), I’ve always worked for myself and I know that the only person I can depend on is myself. I’m happy to do what I like to do and I don’t think I could do anything else.

In your opinion, what’s the biggest problem of contemporary fashion, if you see any?

Over saturation. Everybody has a line now. A lot of the clothes don’t really have any characteristic besides having a brand of a person on a tag. That’s a thing for me, when celebrity culture has taken over fashion. I have a feeling now it’s only about rebranding.

That’s the reflection of the time we’re living in…

I understand that I can’t stop anything from happening. I love and hate everything at the same time. If I hate something too much, I ask myself: “ Why don’t I like that?” I can’t really complain about fashion, because it is what it is and people like what they like. But when I buy clothes it’s actually for the utilitarian purpose and nothing else. It’s just a different time period and the way you see certain things. I have no problem with fast fashion. I’m a businessman at the end of the day, and it’s just interesting to see people walking down the street, having nothing in common but wearing the same thing. It makes me think what I can bring to the table.

What’s your definition of modern luxury?

Anything convenient that makes everyone’s life. It could be McDonald’s or Uber now. 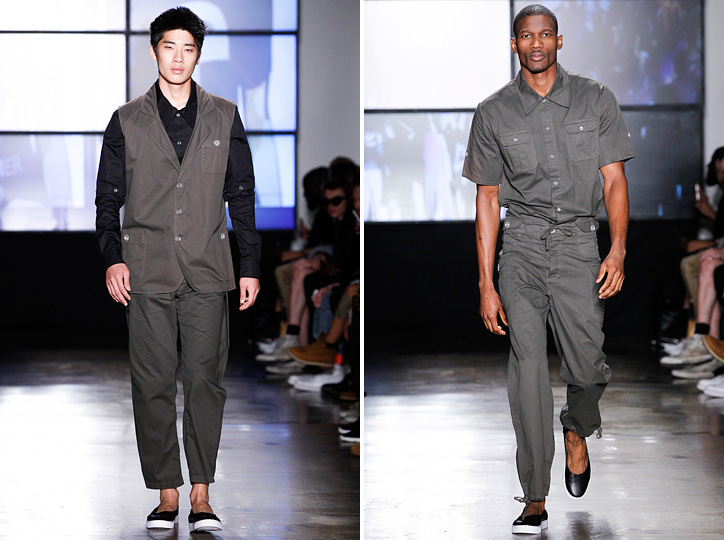 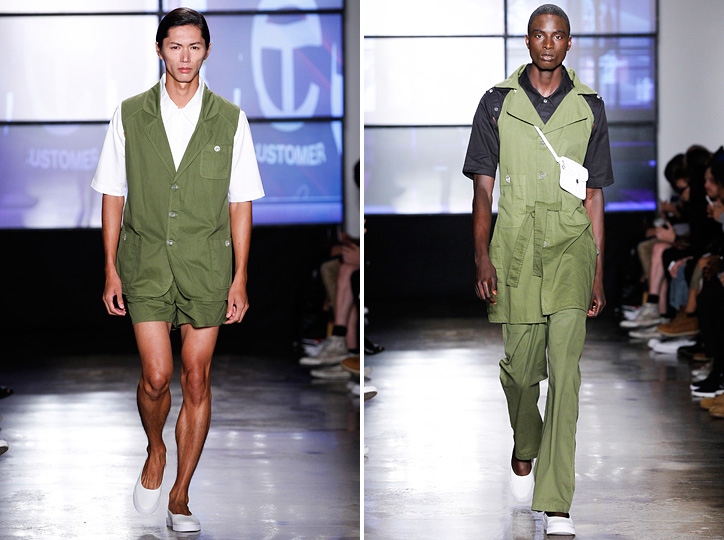 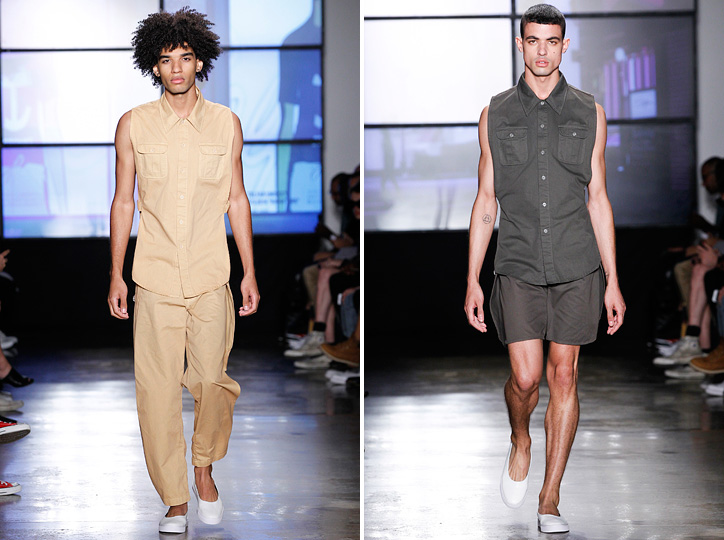 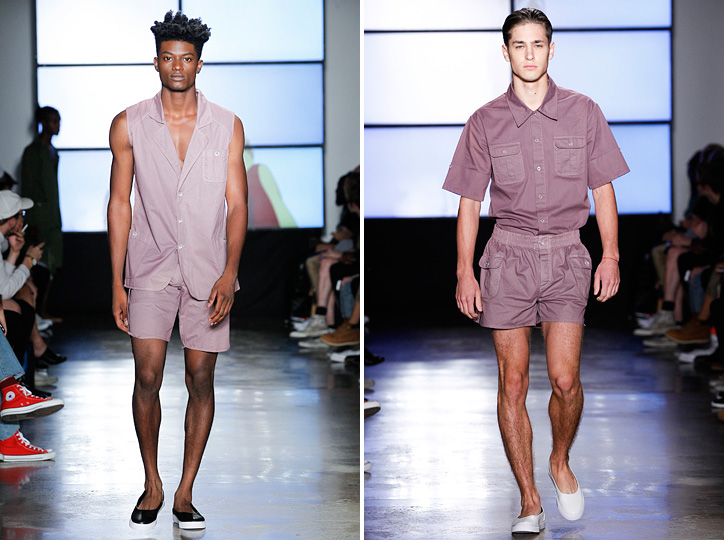 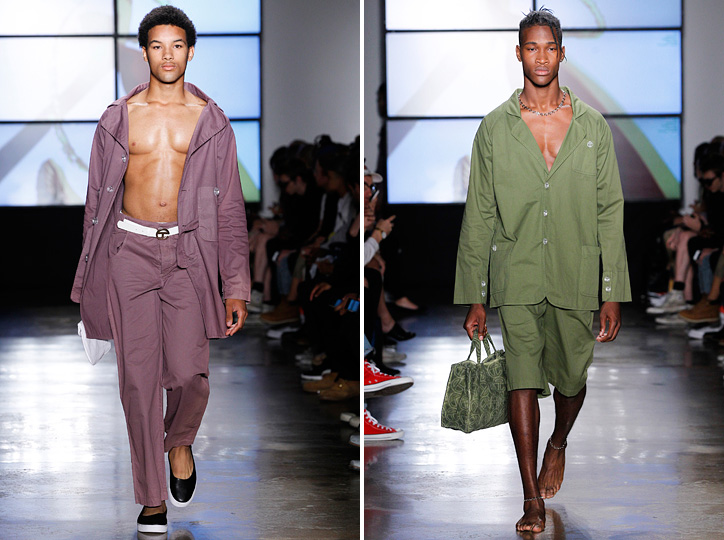 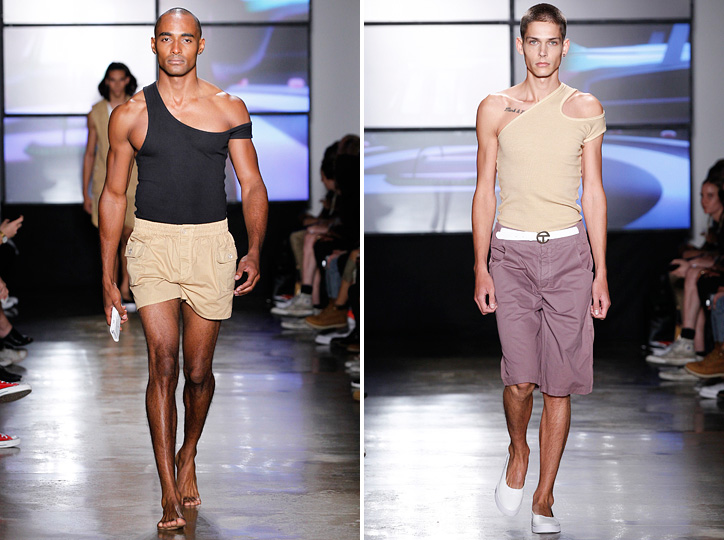 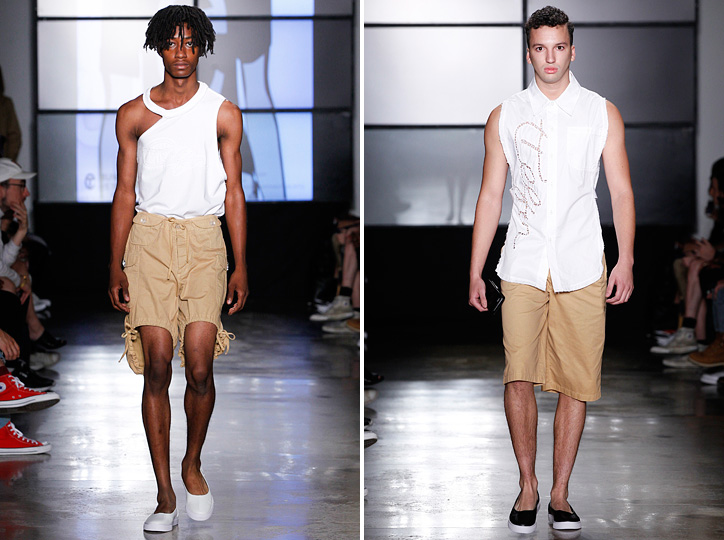 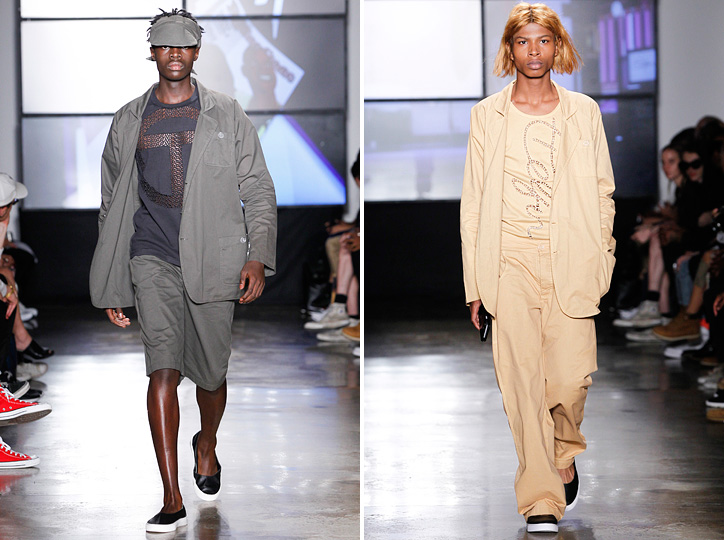 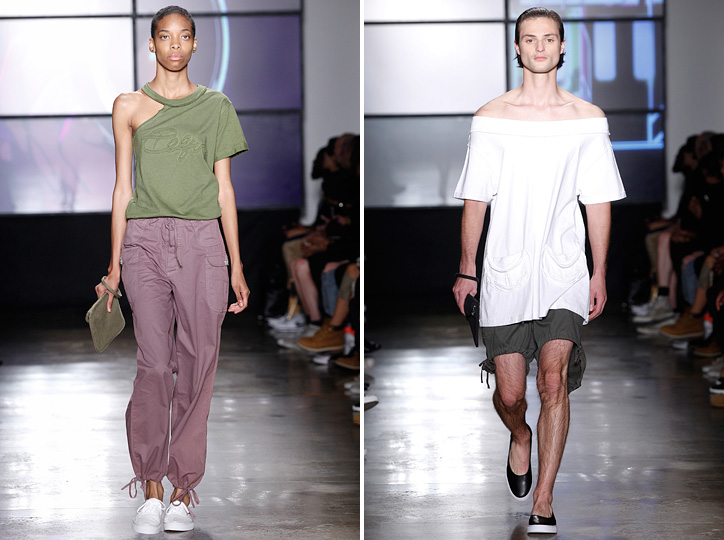 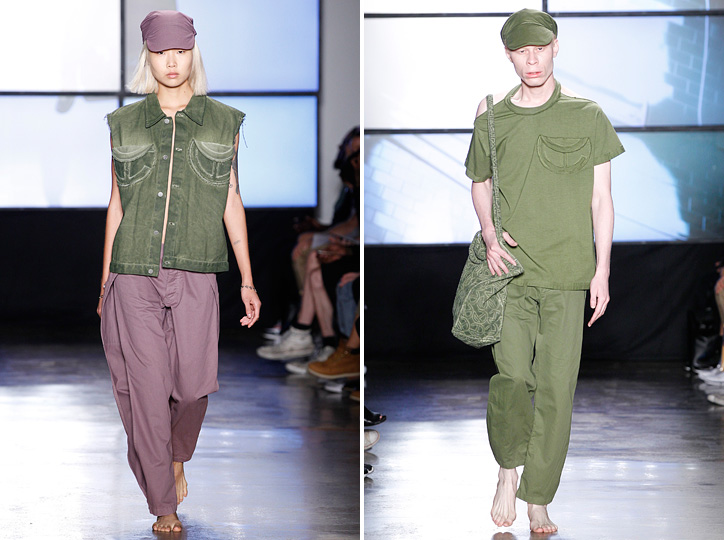 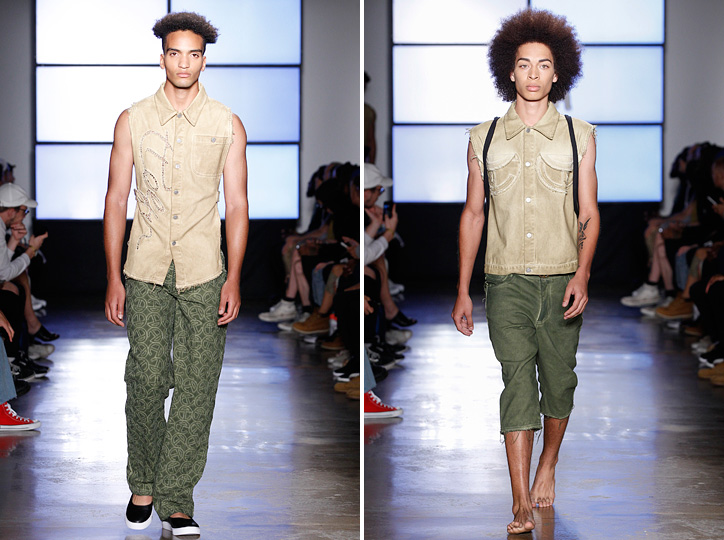 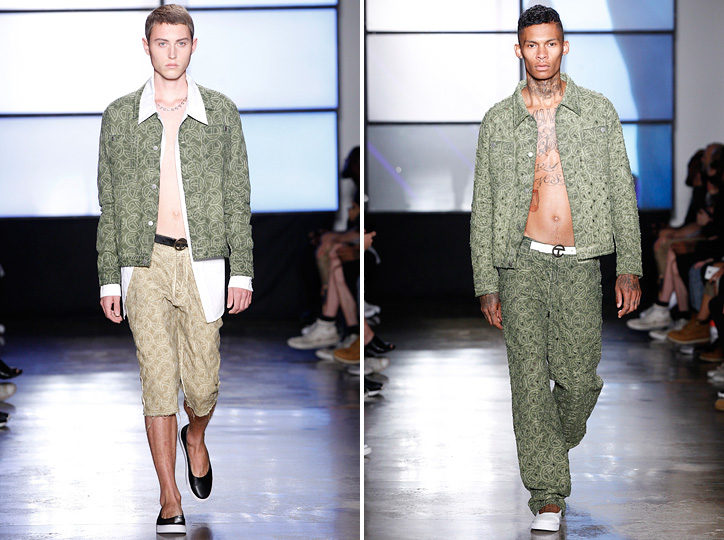 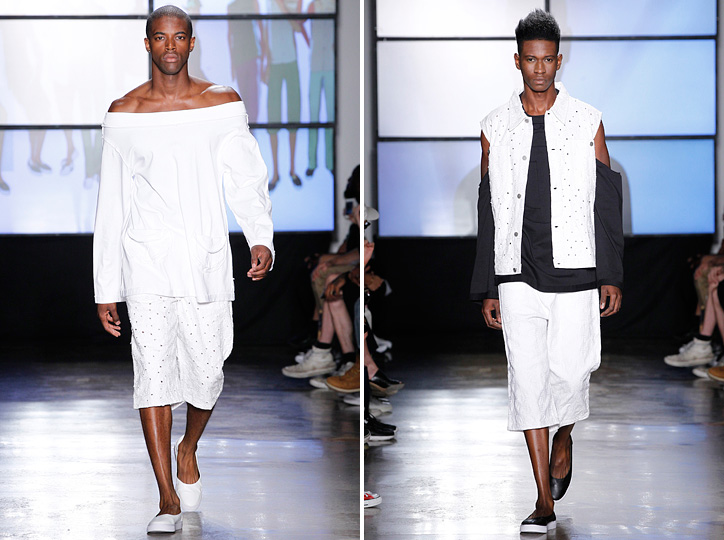