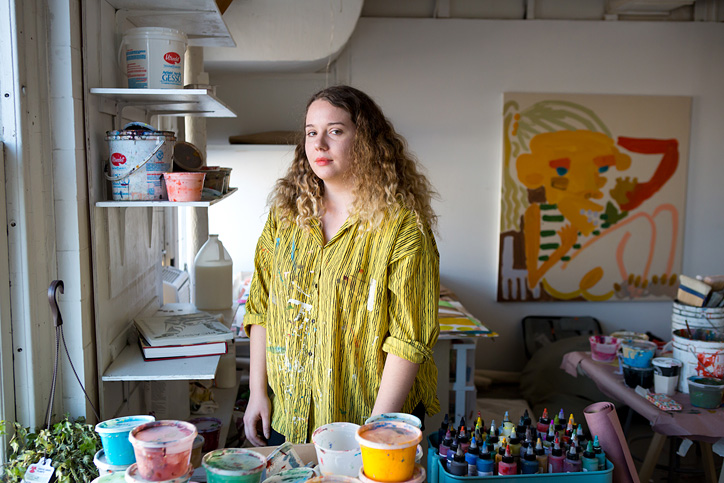 As technology has advanced, artists have also progressed in the types of work that they produce. Cameras, lights, machinery and more have provided new mediums and innovative ways of conceptualizing artistic ideas. Yet, regardless of all that’s available to young creatives today, some still chose to stick to the basics: a paintbrush against a canvas. That doesn’t mean that their deliberations are more rudimentary. In fact, artists like Harlem based painter, Tatiana Berg, have proved that less can actually be more. Her grand strokes of vivid color powerfully convey memorable images, whether it is of a human figure or a more abstract pattern. Bright, colorful, and completely upfront, her works are both brave and candid. She wouldn’t have it any other way. And why should she? No one wants to look at a painting that lacks courage and that is especially true for Tatiana Berg.

How did you first garner an interest in art?

I moved around quite a bit as a kid. I was born in Washington DC, we moved to Bolivia when I was eight, and I ended up completing high school in France. My mother had an optimistic, sort of "throw the kid in there and let them sink or swim" attitude towards learning languages, which I'm very grateful for today, but made my childhood kind of tough. Even though I was the bookish type, when you're the only kid in your class who doesn't speak French you pretty quickly become the class dunce. At that time I was pretty much the worst at everything and teased for it except for -big surprise- drawing and arts class. I had a lot of control and expressive ability there, when language and other forms of communication failed.

Why did you decide to pursue an MFA in art? Why do you feel it important for artists to continue their academic educations as some argue it's not necessary?

I have a lot of mixed feelings about the MFA, though my personal experience with it has been very positive. On the one hand, I'm generally ambivalent about the kind of professionalization that's increasingly de riguer in art; for example, I find the artist's statement to be a bizarre and unsatisfactory convention, as it currently exists. I would also advise that going into debt is never in an artist's best interests. However, in my life there's been no substitute for the kind of intense, focused feedback and the camaraderie you're able to achieve in this environment. Not to mention it's allowed me to meet and study with a few painting heroes.

Where do you find inspiration for your work? Are there other artists who have influenced you?

I have a relatively short metabolism, I think, for influences. It's stuff I only 'just' consumed that makes its way into the paintings. Stuff I saw on the walk to studio. The TV show I watched the night before. I'm really, really into TV, and love making paintings about it. I just finished "True Detective" and have a lot of feelings about it, and Matthew McConaughey's cheekbones.There are a lot of artists I look at, and I think it's crazy how many truly amazing paintings are being made right now; Rose Wylie, Nicole Eisenmann, Amy Sillman, Charlene von Heyl. Some older people I can never get away from are Milton Avery, Richard Diebenkorn, Alan Shields, and Imi Knoebel.

Do you find it increasingly difficult to break through as a painter in an era when many contemporary artists are integrating digital technology into their works?

No. I find it only increases the value of painting. As the photograph and video become the dominant forms of our daily visual culture, the speed of the hand-made, human-abstracted image gathers more strength. It stands out.

You paint both on canvas and on three-dimensional mediums. Do you have a preference? What do you like about working with each respective medium?

The secret is: everything is three dimensional! Even a so-called flat canvas, even a piece of paper, these things are still objects with dimension that take up space in the world. The trick is to be cognizant of that, regardless of what you're working on, and address the physicality of the object you're bringing into existence. So, no. I don't have a preference. I like to work round-robin on both at a time, and treat them very similarly. I really enjoy the pushback of the shaped work because they're so assertive and have so much personality. I feel like I have to work very little to figure out what to do on them, because they're already saying so much. The trick is to listen.

Take me through the process of creating your works. How do they come into creation?

I get to the studio with some coffee, shut the door, and put on music that is very loud and encourages physicality. I paint on the floor, so I line the ground with many sheets of the plastic paper I'm using right now, and then I don't stop for several hours. I don't stop until I run out of floor space- I essentially paint myself out of the room, and into the hall, and then I leave. I take a break and clear my head for a little while, maybe get more coffee, visit some friends down the hall, wait until the paint has time to dry. When I come back I pick through the wreckage. I hang up what I've done and try and see it through fresh eyes, and come to it with a more logical, concrete mindset than the loose crazy one I was using while I painted. Then it's time to make decisions about which ones get to survive, and which ones get slaughtered. I make many more failures than successes.
I never plan. It's very important to me that regardless of what format I'm working on, that my painting be a true improvisation and a true arrival at a solution. What I mean by that is, I don't work from a sketch or any concrete pre-existing idea. I sort of free-associate and update it in real time based on what I see and do.
If the painting is rehearsed, or pre-planned, I swear you can smell it on it. It feels a little stillborn. I want the painting surface to be a record of my thought and a record of my problem-solving, because I think that's more interesting for you to see than a tidied,practiced thing. My only obsession is freshness.

How do you come up with the titles of your shows? I came across Bill Murray and found it to be an interesting title for the works it represented.

Bill Murray is like, a spirit guide I keep returning to. He has this quote, about how improv prepared him for SNL because he was so used to dying on stage that he no longer feared death. That has been hugely relevant to me for painting, and also my life. It's about accepting fear and being willing to go off the cliff. I throw a lot of work away. You have to allow room for failure in order to make a brave painting, I think. And brave paintings are the only paintings I want to look at. 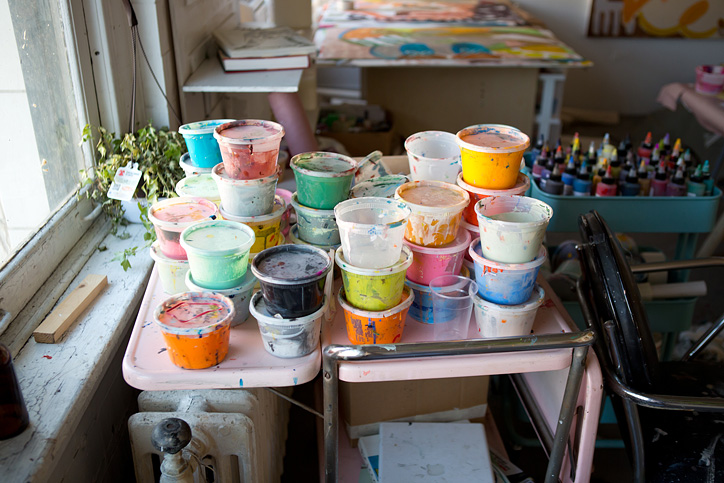 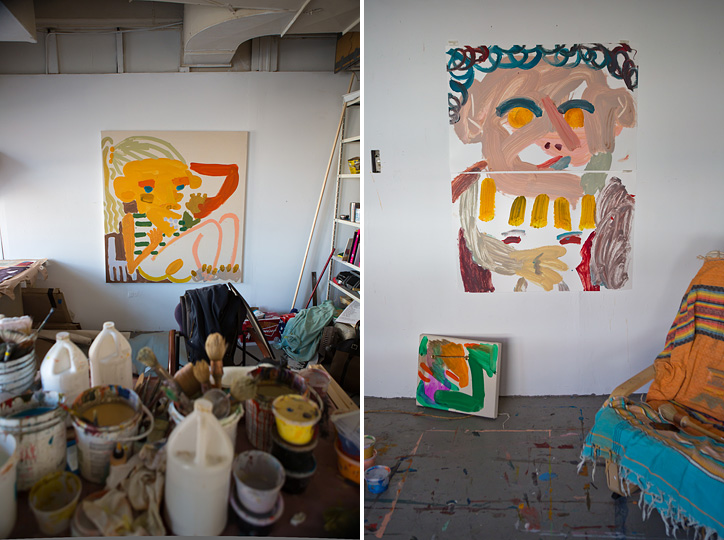 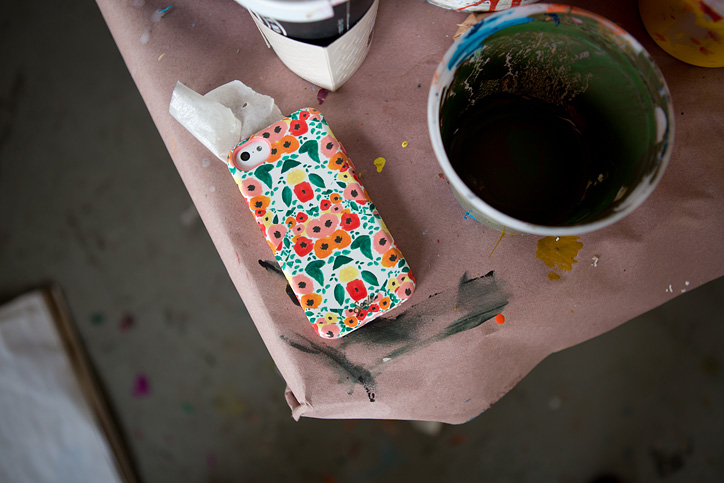 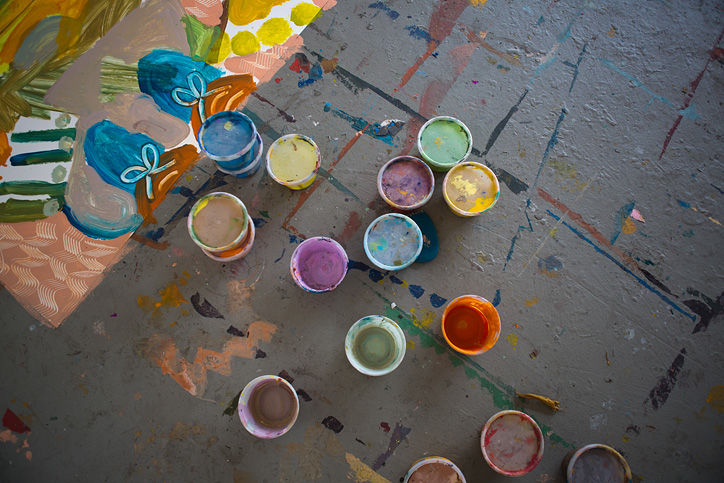 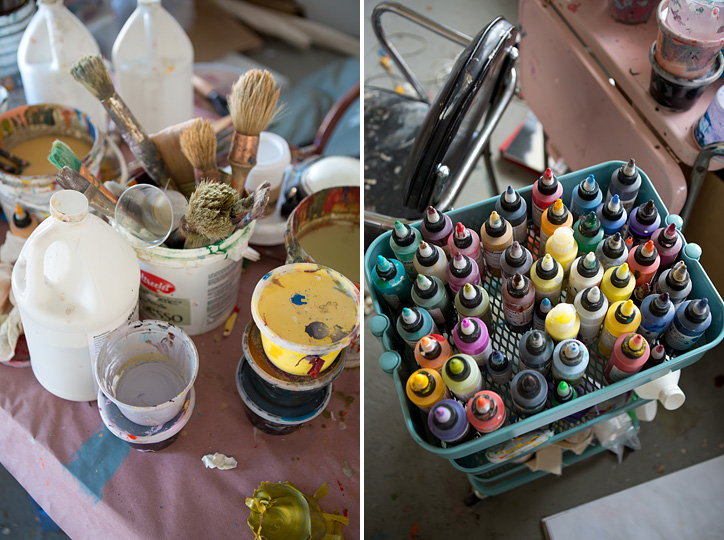 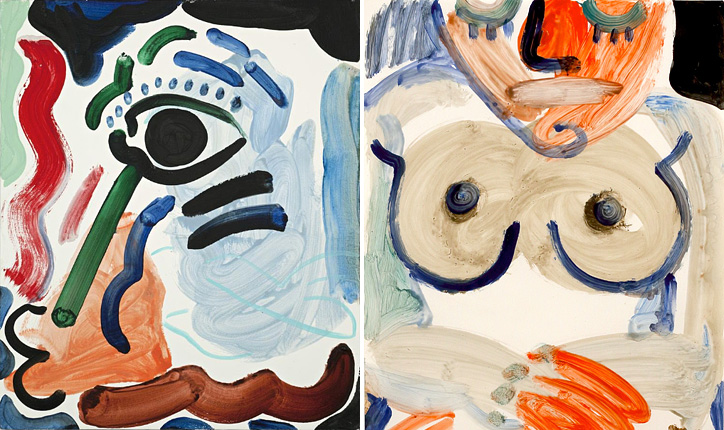 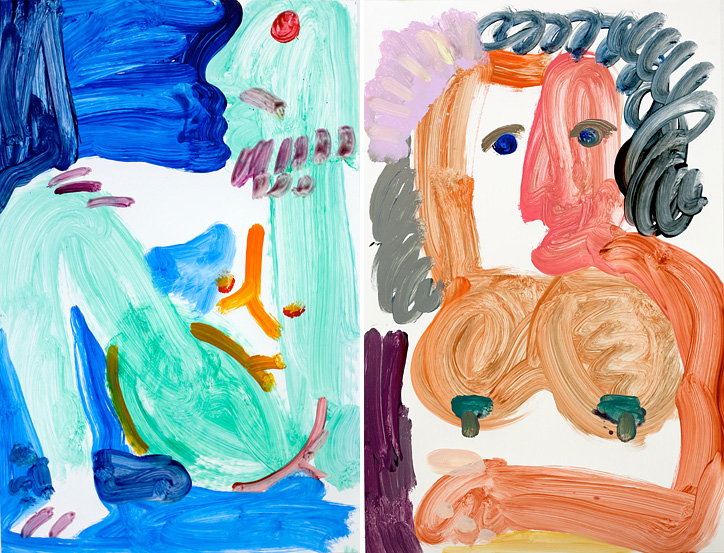 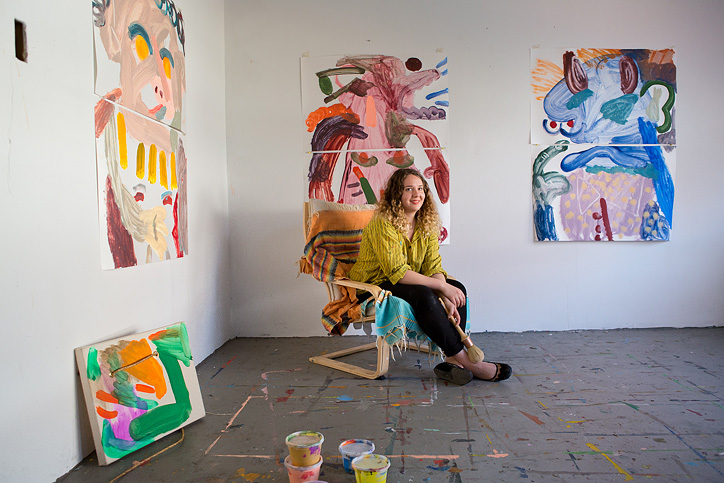