Underground music from the soul 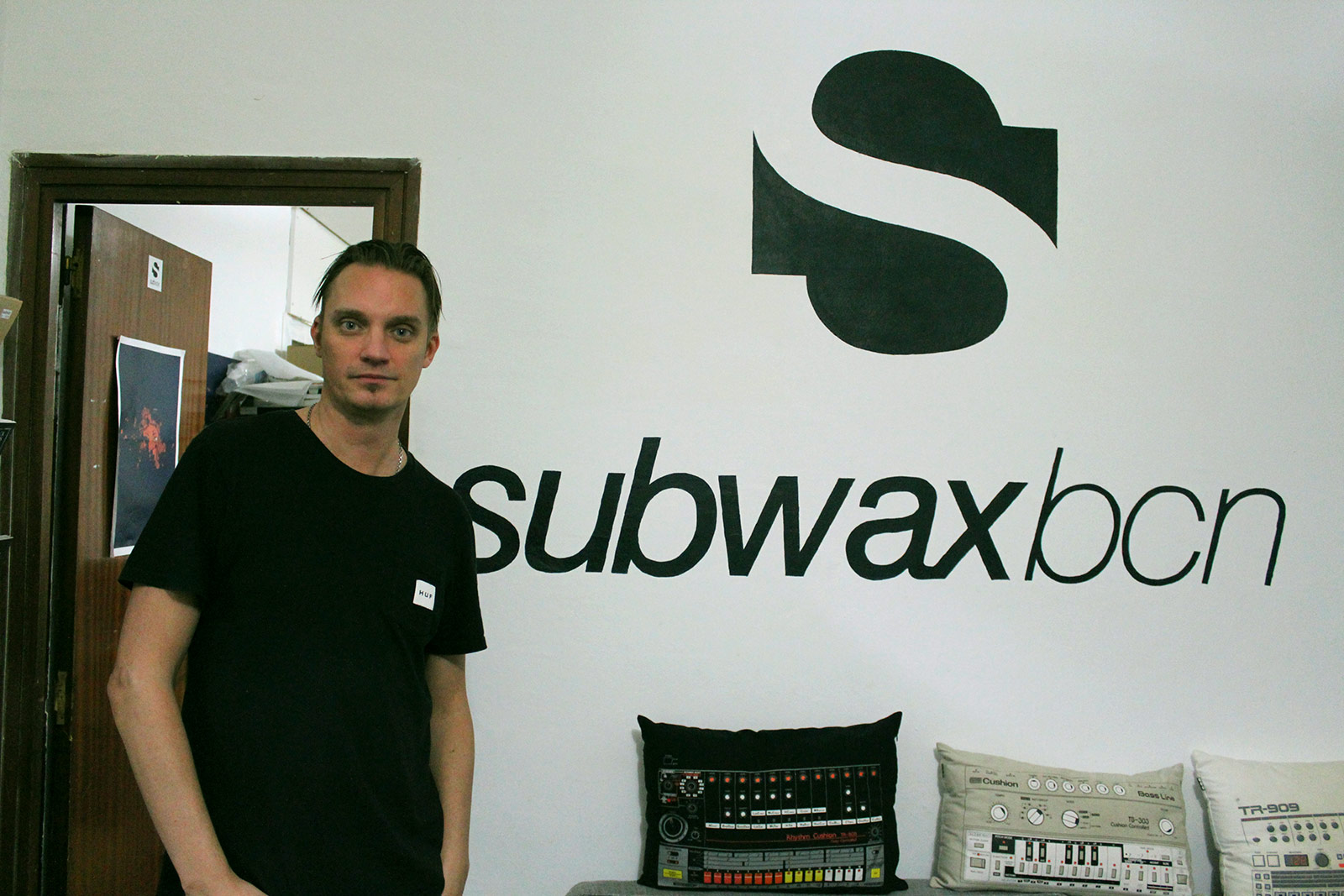 Subwax started as a record store based in Malmö, in the southern part of Sweden. Founded by Jimi Disko and Jeff Bennett in 1994 under the name Cosmic One Records, it was the longest running underground music store in Scandinavia. In 2003 the name was switched to Subwax, and in 2013 the shop was re-located to Barcelona, Spain. However, Subwax is no longer just an electronic music record store. In these three years they have built a unique record label, a consolidated vinyl distribution channel and a worldwide booking agency for DJs and music producers. We talk with Jimi Disko about his musical experience here in Spain, the underground electronic music scene and the most important feeling in this business field: passion.

You’d been running a record store in southern Sweden since the 90s. Three years ago you moved to Barcelona and switched the name to Subwax. Why Subwax and what made you move to southern Europe?

The name Subwax comes from “Sub”, which means the sub culture of the electronic music scene, and “wax” because of vinyl. Subwax are the two words combined. We moved here mainly because the city we had the shop in, Malmö, was getting a bit small, so we wanted to be in a bigger city. And also the weather is a big problem in my country…

Apart from keeping running the record store, how was the idea of starting off a record label, a distribution channel and a booking agency for music producers and DJs under the same name born?

It has been more like a natural process. I have had a record store for more than ten years, and I wanted to grow and take a further step, so that’s how we started the label. And, when you have a record shop, you always meet a lot of artists, so you turn into the ideal person to release music and contribute to the music scene.

Every record label has its own mark, a personal style and a way of understanding music and the work behind it. How would you define Subwax?

Subwax comes from Detroit and Chicago music... From the roots of electronic music in fact. But we are very open-minded. We like and we release all kinds of music if we consider it is good music, no matter if it’s techno, ambient or minimal techno. If it’s good music, it’s good music, and this is all that matters. 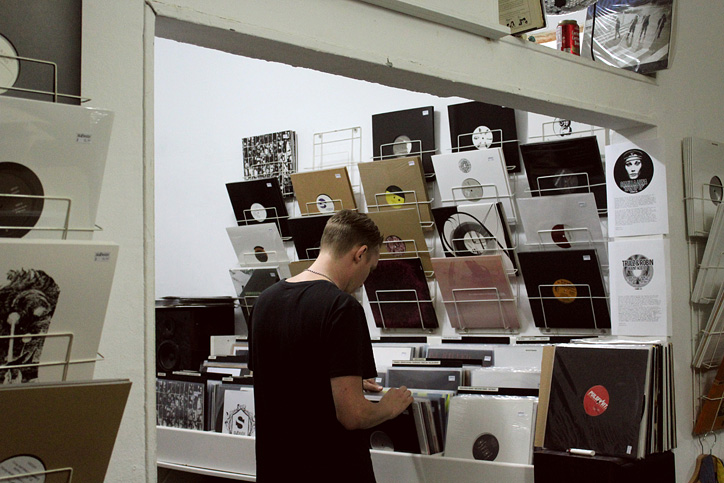 Are there any labels you considered as a reference at the moment of creating your own one?

Sure, mainly the old 90s labels that don’t exist anymore. Detroit labels like Transmat or Metroplex, for example.

How do you think electronic underground music is currently valued and appreciated?

Well, I think that its social value is effectively growing. It feels like every year the electronic music scene is getting more and more people. And you can also see that there’re really young people who are starting to buy vinyl. They are boys and girls who were born in the digital era, but they’ve started to collect records, keeping in touch with analogue elements of electronic music. And that’s nice.

Every city has a different essence, with its weather, culture, clubs... Do you consider that these factors influence in the music scene of a particular place? Do you think that Barcelona has reached a music scene with its own identity?

I think it is mainly culture what influences. Actually, I don’t think that Barcelona has reached an identity. It is a city based on a more commercial style. Then, there is definitely more room for an underground scene, but the problem here is the police. When you throw an illegal party, they come and confiscate the speakers and so on... And it is a bit of a closed and limited situation. If you want to make a party you have to go to the nightclubs which already exist – and they want you to pay a lot of money without caring much about the music.

So you mean it is not affordable for the underground scene to show up...

Exactly, it is really hard in here. If you compare it to my hometown in Sweden, there you can just rent a place and organize a party. Like an illegal party, but you don’t have any problems with the police or nothing, and it’s healthier for the music scene. And the same happens in Berlin too, you can do parties everywhere. But even in a bar in Barcelona you are not allowed to put record players, you always need many permissions, and at the end it sadly feels a bit corrupted and too restricted.

I suppose that many productions arrive to your hands with the aim of being released by your label. Do you find the time to listen to everything you receive? And did you discover any artists this way?

Sure. I get new demos every week and always listen to everybody, although sometimes it gets longer for some demos to be checked. But definitely I always find something interesting that I didn’t know, or some new artist who has later become one of the label’s artists. 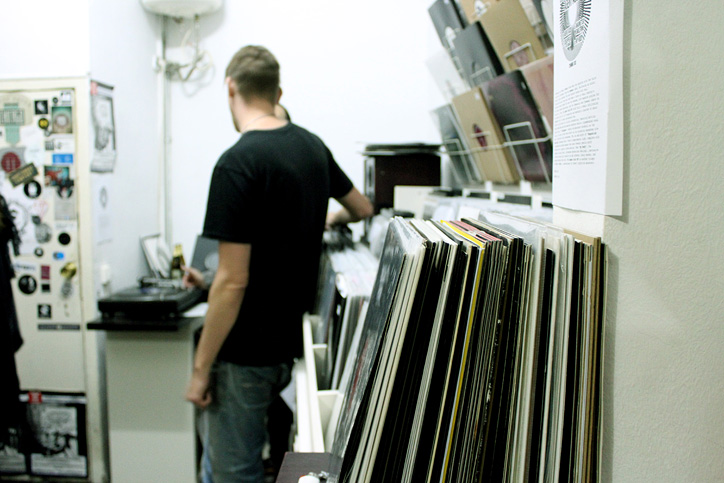 Vinyl has turned into a quality and exclusive product for those who value the content as much as the object. There are uncountable vinyl-only releases, and many of them are sold out in a few days, or even hours if they are highly expected. Are we living a new underground vinyl upturn? And if so, do you think it is just a temporary increase associated to a retro trend, or on the contrary, there’s a truly increasing interest in this music and the love for this format?

I think it is love for the format, definitely. Every day, every week, more and more people, especially that younger digital generation, want to start their own label, up to the point that all the pressing plants are full at the moment, so the wait to press a record gets longer every time. And it means a boom, not only a temporary trend. It is the sign that the scene is very healthy. And I think that it will only get bigger and bigger.

Many record label owners have other jobs to make a living, and run their labels as their personal contribution to the music world that they deeply love. Don’t you sometimes consider yourself and other label owners as a bunch of romantics when it comes to business?

Well... Yes, it’s true. To be a label owner is more about passion than about business, for sure, at least at the beginning. And of course there are some people who can make it and live off making music and records, but it is very hard. So, without a doubt, it is passion before business. You have to see it that way.

Record label, distribution and booking agency…Which of these three sons do you feel more proud of?

Of the distribution, for the moment. That’s where we put most of the energy right now.

After these years of experience, did anything change in Subwax’s concept or way of working?

Mmmm... No, not really. We keep following the principle of being professional and fair to everybody, giving them the same service, no matter if you are a big and known artist or a new one who tries to be known.

How do you evaluate these first years of Subwax? Did you meet your expectations? Did you experience something unexpected?

It has been really good, actually better than we had hoped when we started the distribution. We have been growing faster than what we had expected at the beginning, and I don’t remember any problems throughout these years. So I think it has turned in an unexpectedly positive process.

Which are Subwax's upcoming projects for 2016?

On our own label we have a 12” with Julian Perez, which is a 2 track dub techno vinyl. And after that we have an album, which was released in the late 90s by an artist called Fluxion; that will be a re-issue. It’s going to be two 12”, one double album, one double CD and in digital format as well.

If you could give only one tip to those who would like to found a record label, which would it be?

I think it should be the same that I said before. It should be seen more as a passion than a business, because if what you want is to make money, this is the wrong business. You have to feel the real love for music, that’s the tip. 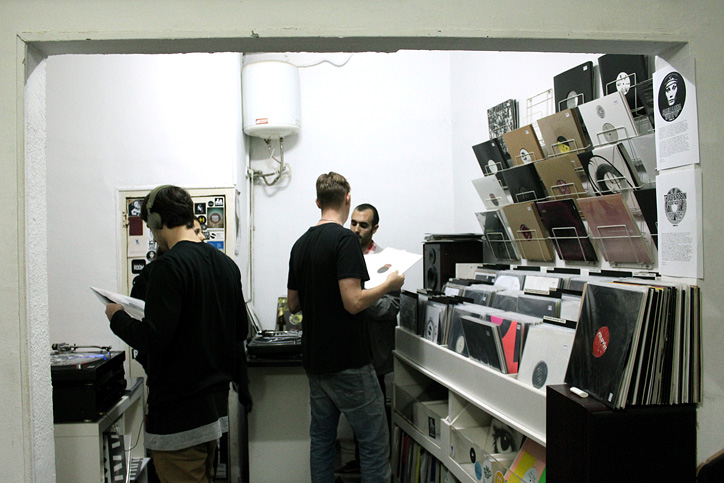 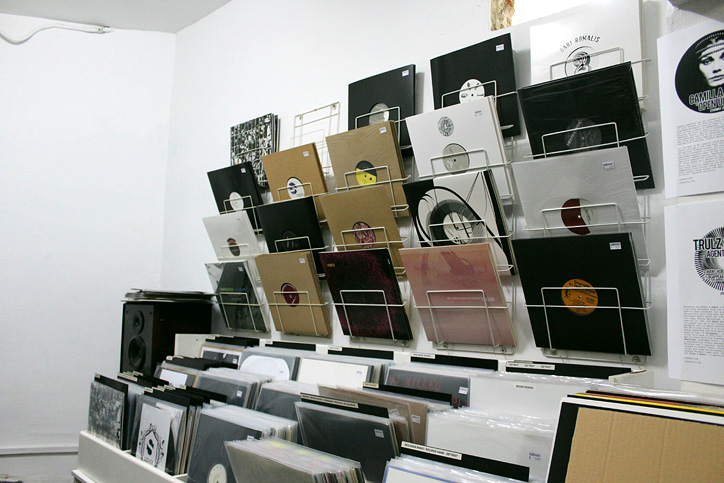 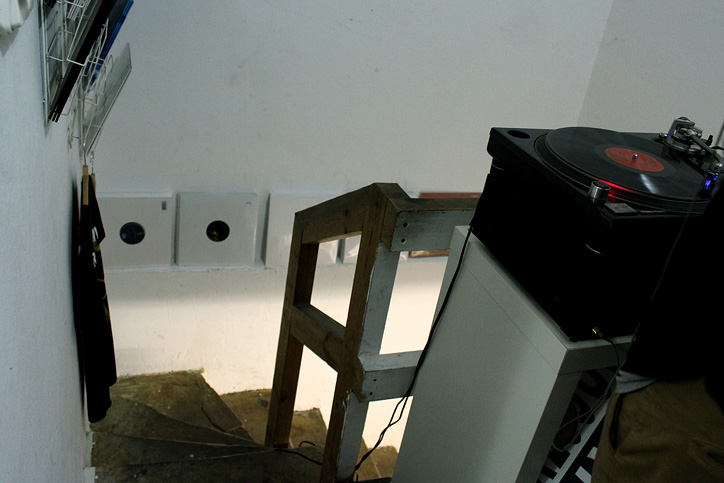 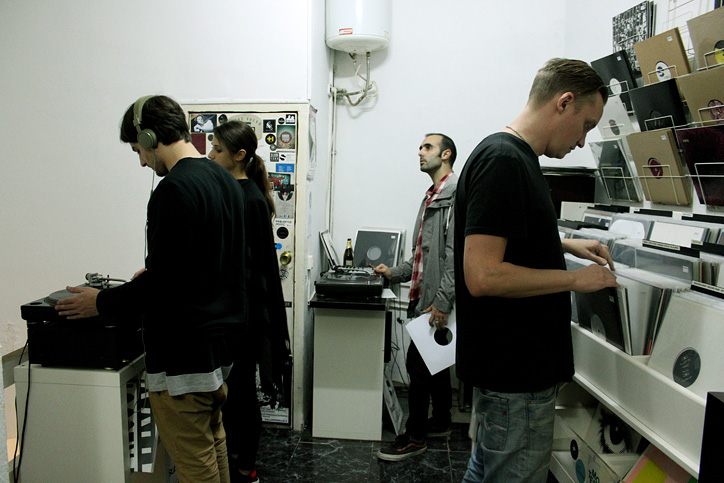