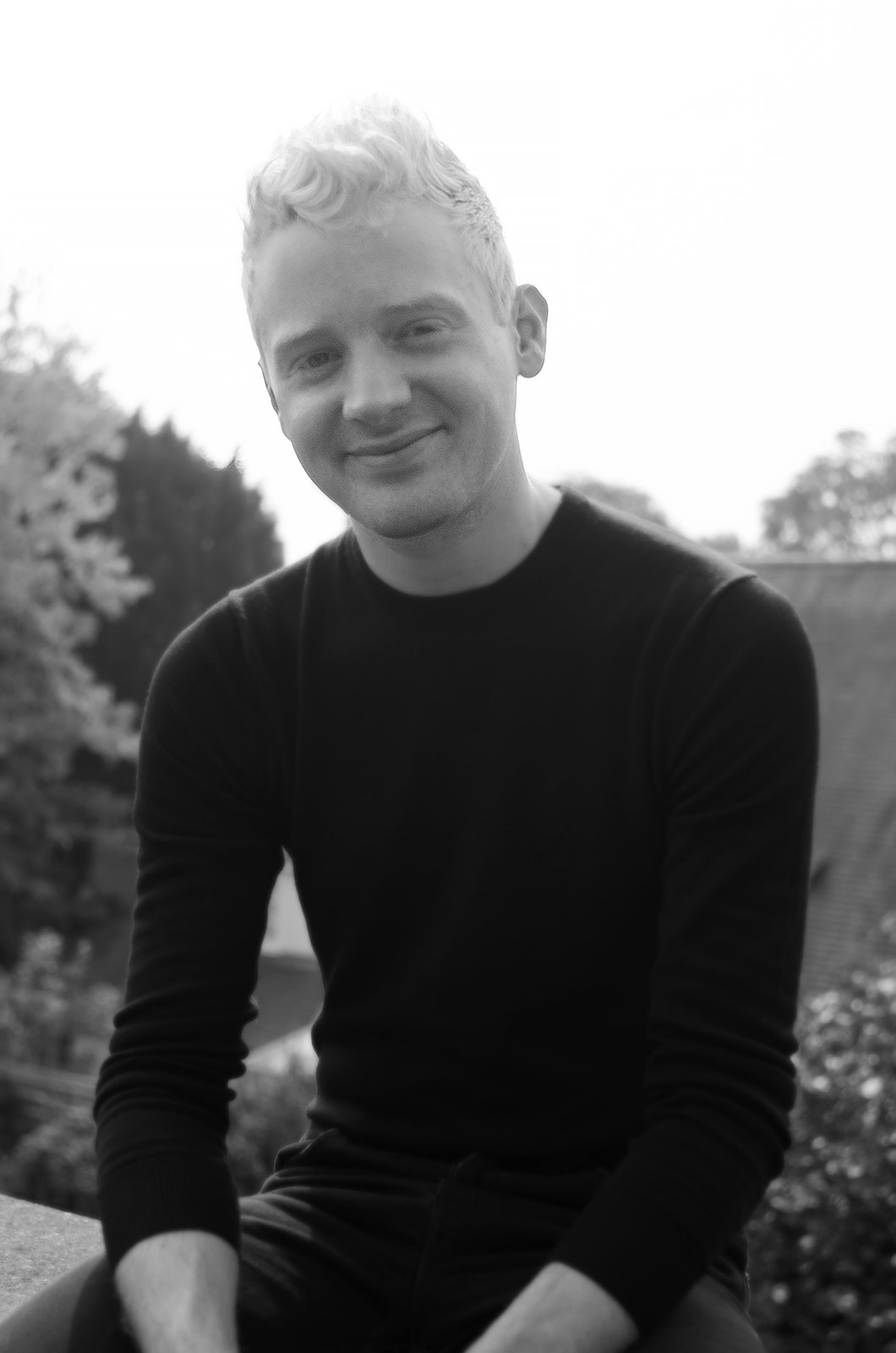 To have the talent of portraying great narratives through fashion collections is not for everyone. But this is evidently possible for the emerging London-based designer Steve O Smith, whose brand is at the same time his initials and an emergency call: SOS. But wordplay is something he loves, as he also proves in his latest collection, titled Mayday Mayday Mayday, referring to both the distress call and the pagan mayday celebrations. We talk with him about studying in the states but moving back to London, his historical references to create contemporary clothing, and what’s next in his career.
When did you realize you wanted to get into fashion as a designer?
As a kid, I was always drawing. I was about thirteen when I realized being a designer was a career. I started interning the next summer and have been pretty committed to it since then.
You studied at the Rhode Island School of Design in United States, is that right? In which way has the experience of living and studying outside Europe helped you in terms of personal and artistic growth?
Yes, I did. Having grown up in London, the idea of studying abroad interested me – I’m also a duel citizen of the United Kingdom / United States, so that made it easier. In a practical sense, it’s where I learnt pattern cutting, sewing and the practice of having a more intellectual approach to design development, but it was also while I was there that I became interested in the performative aspects of national identity, which is a theme that is central to the work that I do now.
What pushed you to go back to London afterward?
It was definitely something that I thought about a lot, and I’m sure I will go back to the United States at some point. But I think that what’s really incredible about London is the infrastructure in place that is so supportive of young designers. 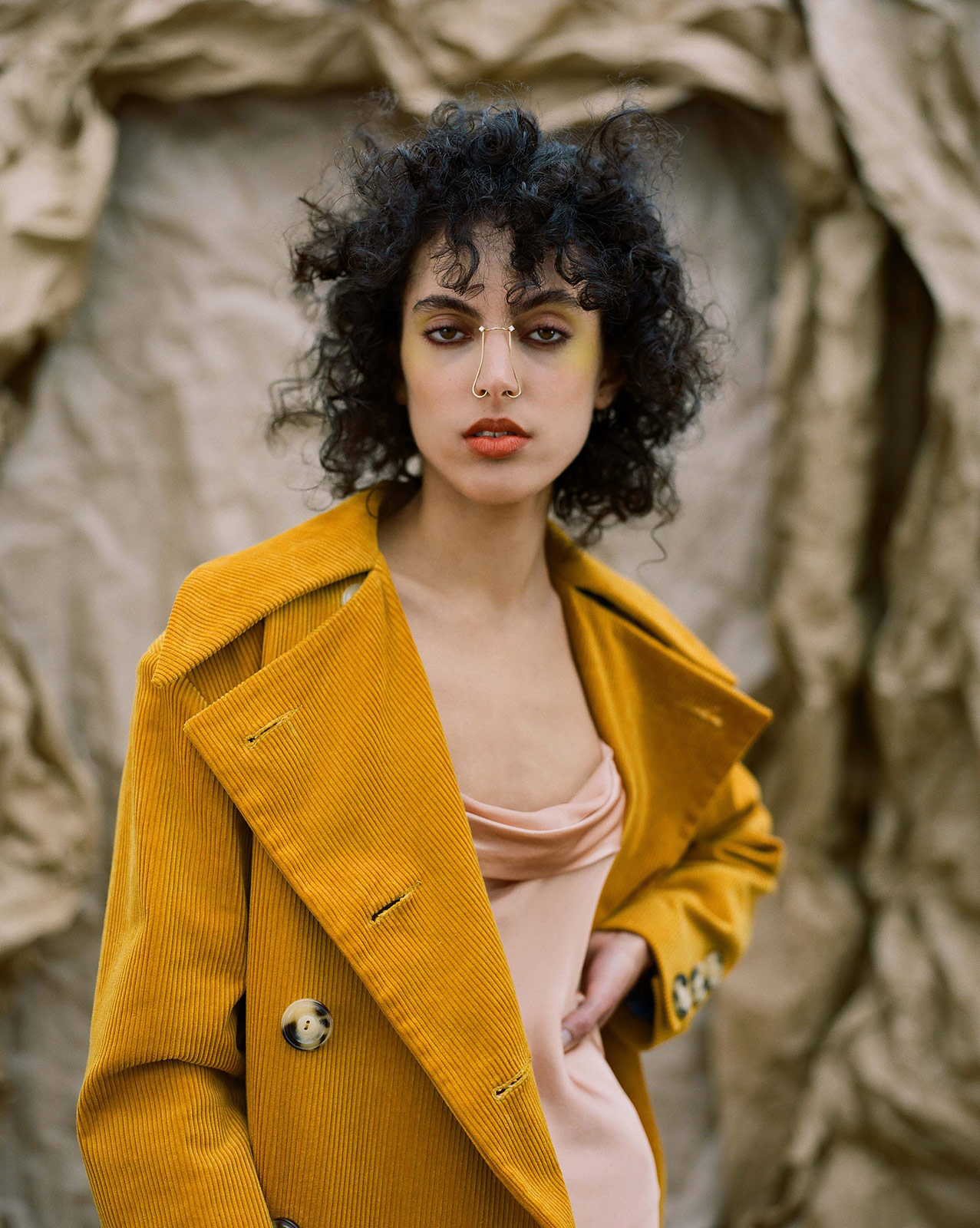 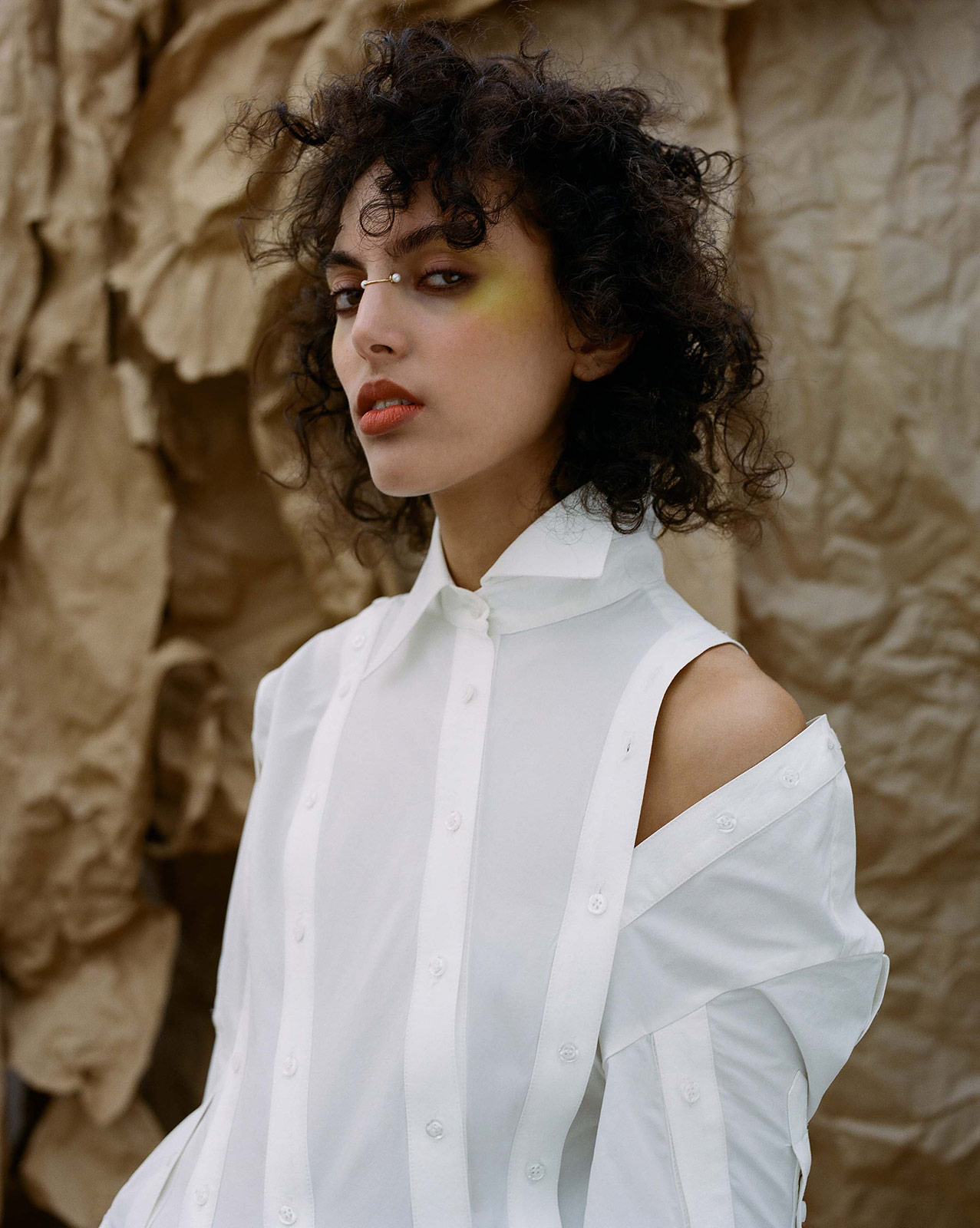 What does the SOS of your brand’s name stand for? It could be interpreted as a rescue call. Could you tell us if there is any mysterious message behind it?
SOS are my initials, which I always thought was a bit weird growing up, but I've always liked wordplay and bad puns. I think there's a lot of different ways to read into it, which is what I like about it, so I wouldn't want to spoil that!
Looking through your collections, there are a lot of historic references going on; the crazy hairstyle, the makeup, etc. I personally think this is a very peculiar aspect of your signature – the process of research based on historic events and characters. Has this anything to do with your fine art studies? Is it a skill that you acquired during your learning?
I think the practice of historicism has been a big part of fashion in the United Kingdom for a long time; even if you look at Victorian dresses there are still references to Edwardian or Georgian eras clothing. The practice is more obvious in the work created by John Galliano and Vivienne Westwood in the ‘90s during the Blair/cool Britannia era. In that sense, I think my use of historicism falls into a tradition, rather than being something I learned. However, in my work I tend to use historical references in my conceptual development rather than have it inform actual silhouettes, which take more inspiration from contemporary dress.
Let’s talk about your collections. Could you tell us something about your Britomart Resigns Fall/Winter 2017 collection? Why Resigns?
I took the character of Britomart from an epic poem called Faerie Queens, which was written by Edmund Spencer for Queen Elizabeth I. Britomart is known as the ‘Knight of Britain’, and is meant to serve as a representation of English virtue and military power. I thought her title was pretty loaded, and had originally thought it would be interesting if she rebelled, but I ended up deciding that she should just resign.
Apparently, you discovered this fascinating figure of Britomart. What influenced you the most about the character?
For a female character written in 1590 I thought Spenser’s Britomart was refreshingly three-dimensional. On the one hand, she was very much a knight both in terms of virtue and combative skill, but she’s also emotional and complex, which made her an easy character to re-imagine. 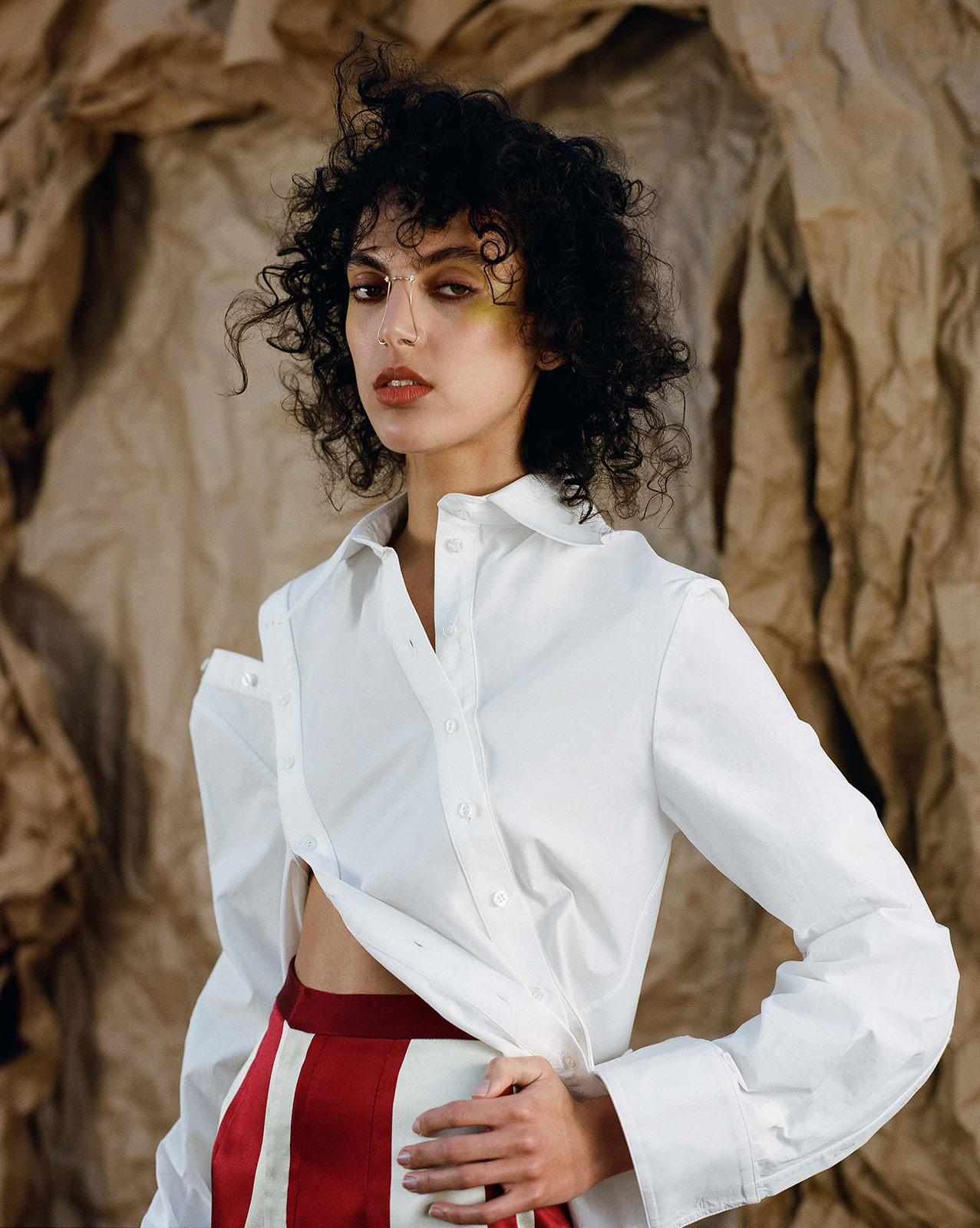 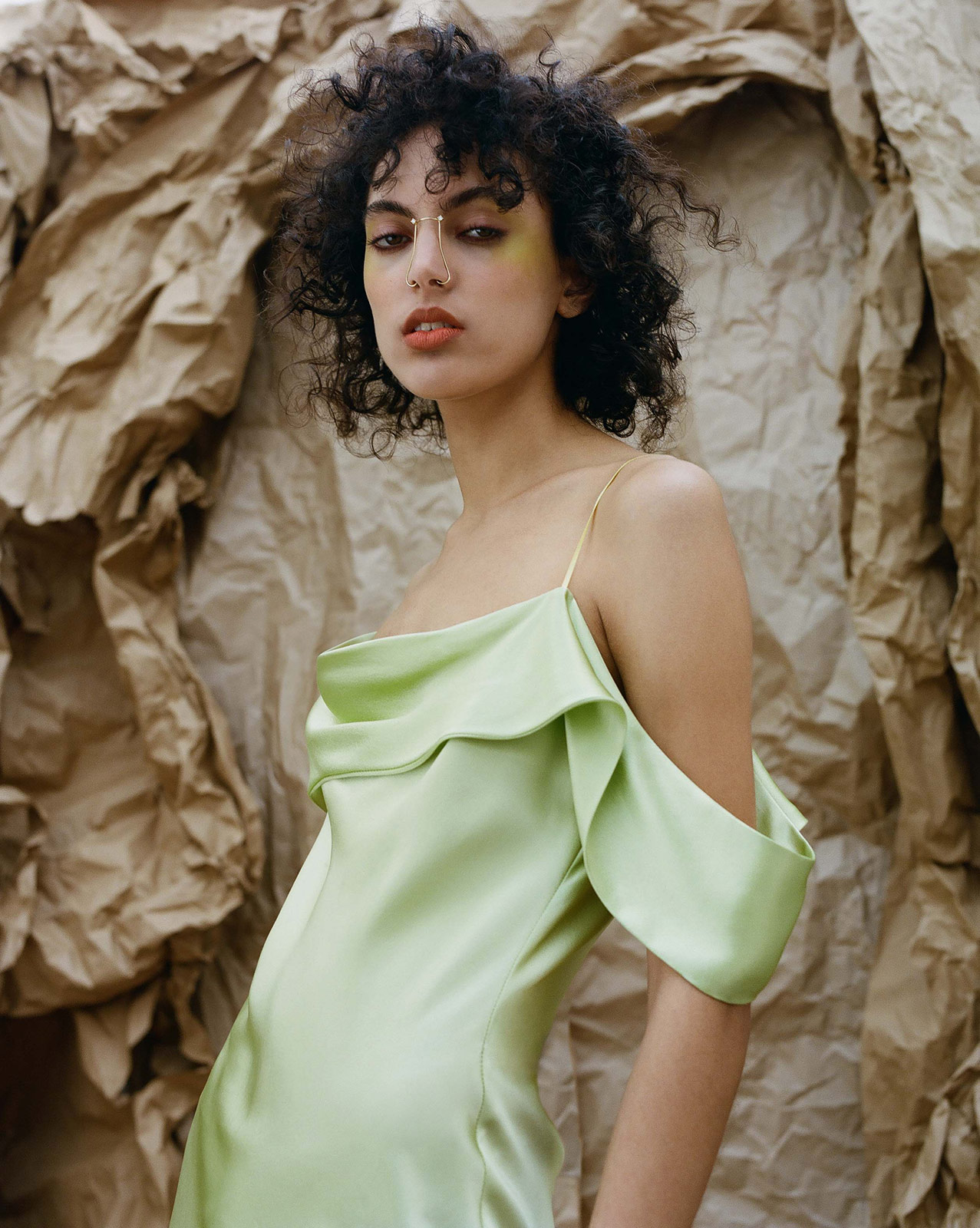 You and the stylist Lucy Upton Prowse worked very closely, and this is definitely a big part of the process for the image of your brand. Can you tell us a bit more about your relationship? How did you met and decided to work together?
We started hanging out when we were sixteen. She was actually the person I gave the first piece I ever designed and made at university. Lucy is a really important part of the process because she's the first person I run my concepts by, and the last person I sign images off with. Our relationship with the brand works because we're not afraid to tell one another when we don't like something.
I'm also always interested in the way she works with the clothes, and that ends up informing how I design them. Last season, for Fall/Winter 2017, she was pulling the shirts and playing with unconventional ways of buttoning them up. This season, although it also had conceptual grounds, the button up shirts with multiple plackets were my answer to what I could see she was trying to do with the clothes last season.
What is the inspiration behind your recent Spring/Summer 2018 collection? What message are you trying to deliver?
My Spring/Summer 2018 collection is called Mayday Mayday Mayday and it takes inspiration from the pagan mayday celebrations, as well as the distress call that feels so relevant in the modern political climate. For the collection and the set, we really wanted to put across this sort of golf-club-Tory village fete gone wrong, and so I used a lot of custom silk stripe fabrics, blazer-stripes and over-constructed elements of the clothing to make it almost too English.
I watched Robin Hardy’s Wicker Man early on in the process, and I was really interested in the cult themes and paranoia in that film, and how relevant that felt with political opinion being so polarized at the moment, not just in Britain, but everywhere else.
How would you describe current fashion environment for an emerging designer? What challenges do you face when building your own brand in 2017?
Although 2017 feels quite politically ominous in general I try to be optimistic about the future. I'm really interested in how tech can change the way things work in general, and I think moving with those changes will probably be the main challenge and opportunity for emerging brands. I think social media has really revolutionized the way that designers can interact with their customers in a positive way and I’m really interested in seeing how young brands can collaborate with one another as a community. 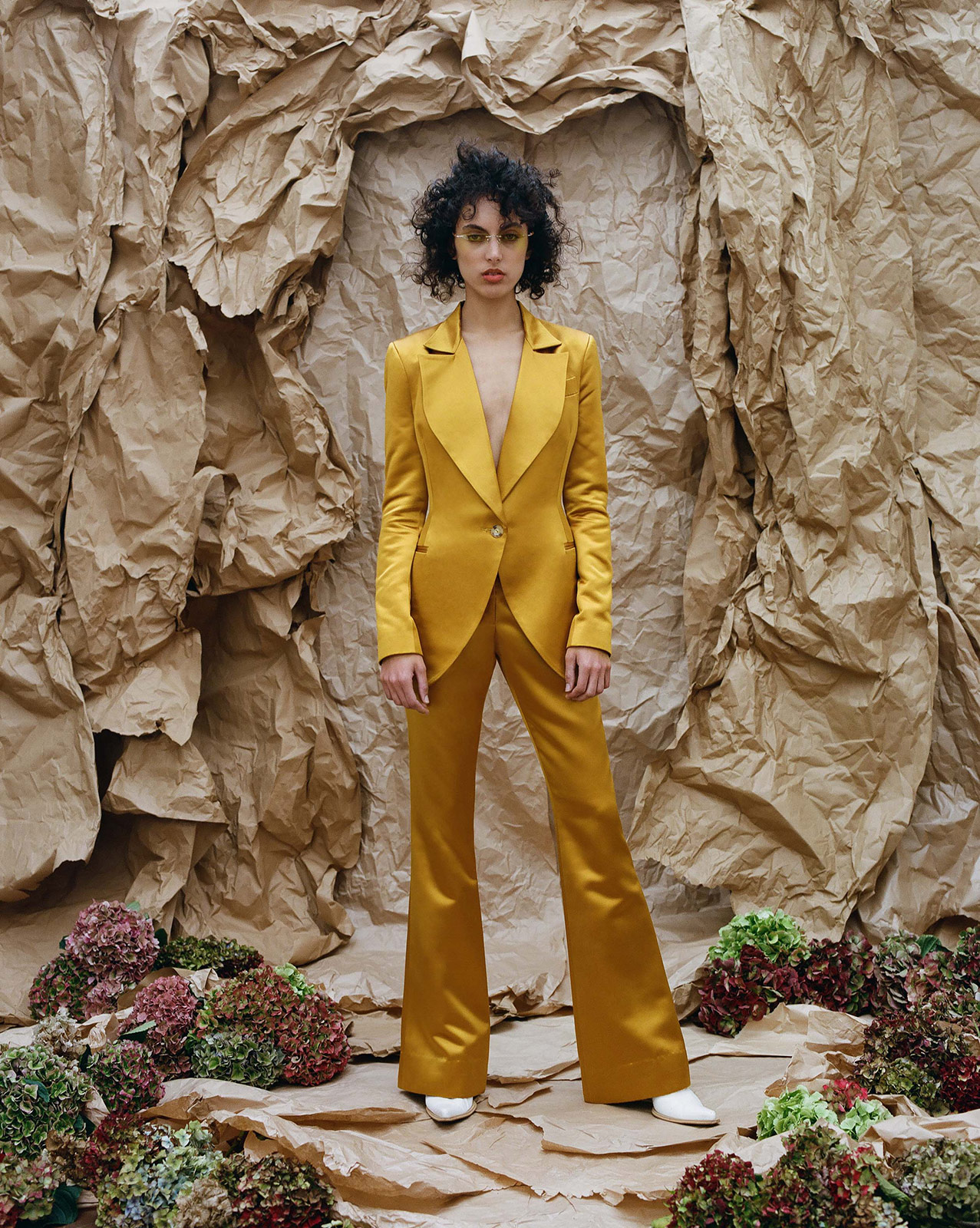 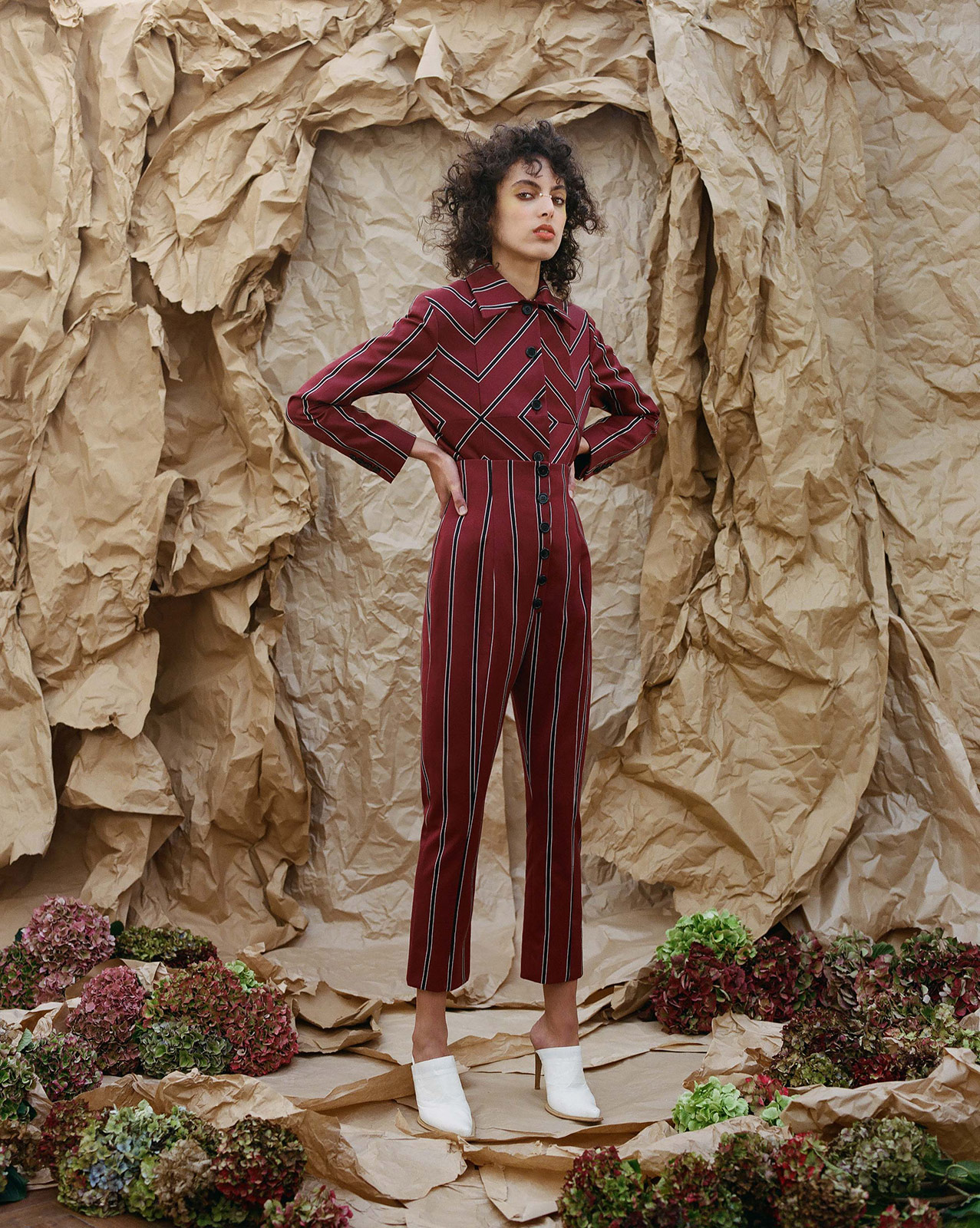 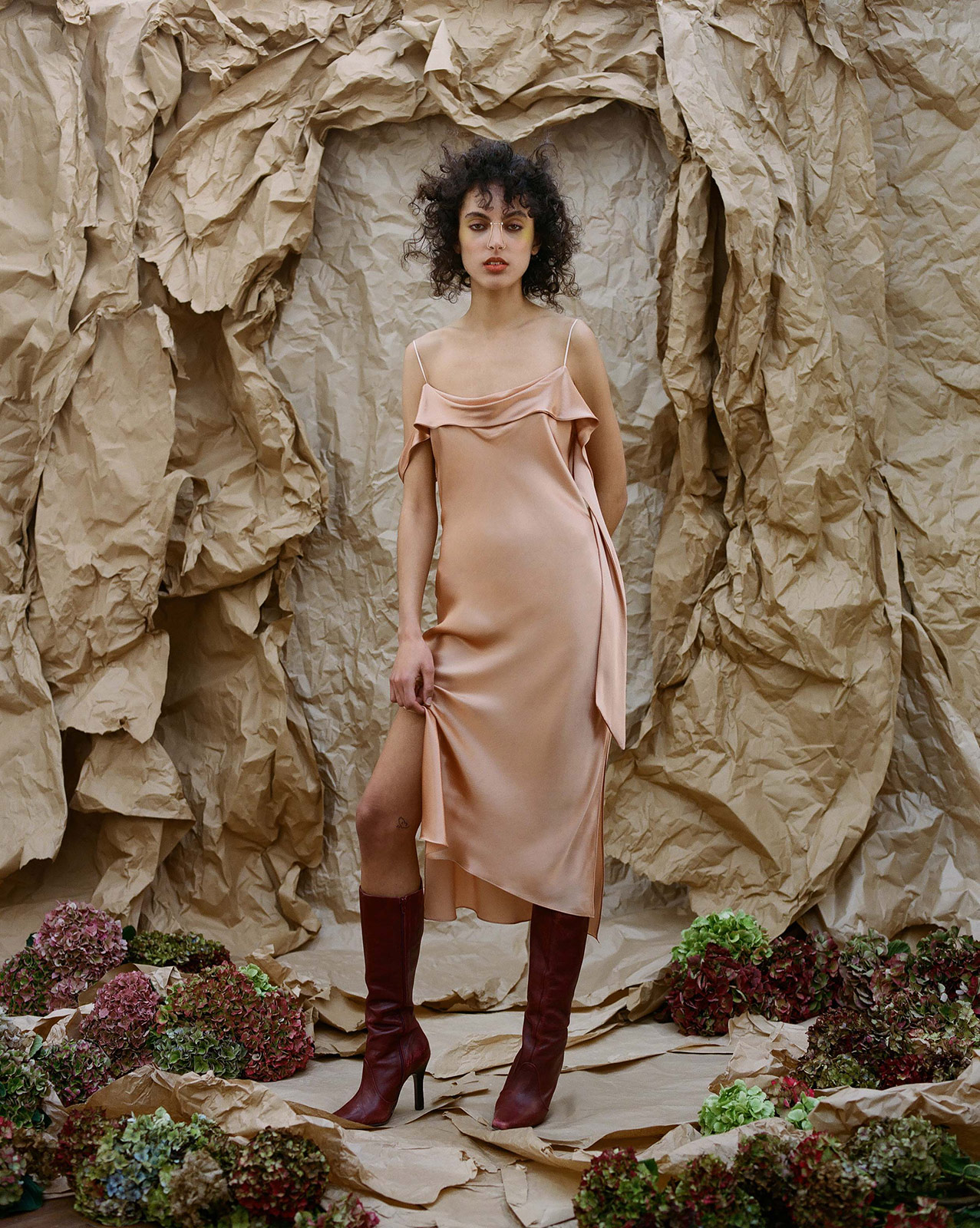 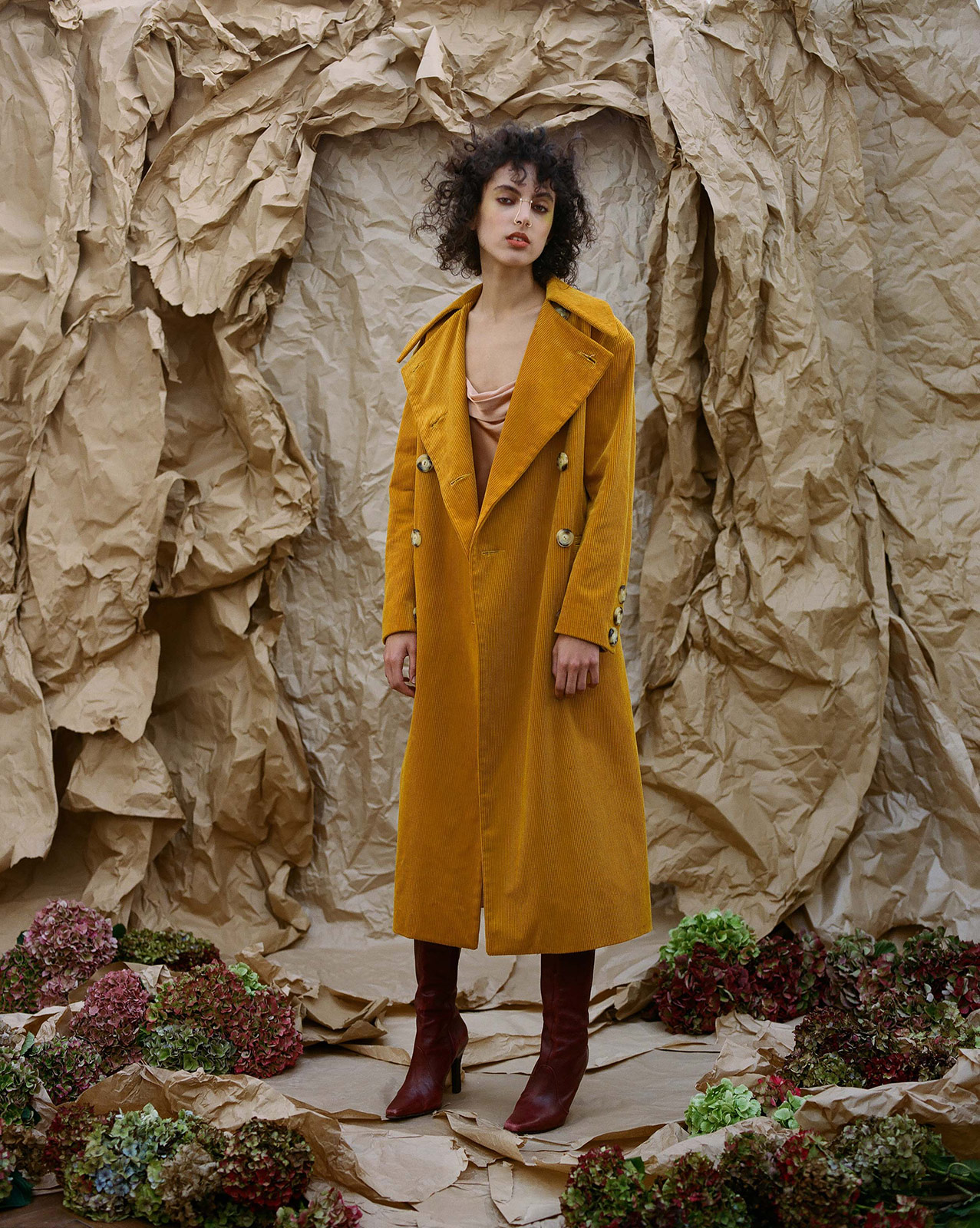 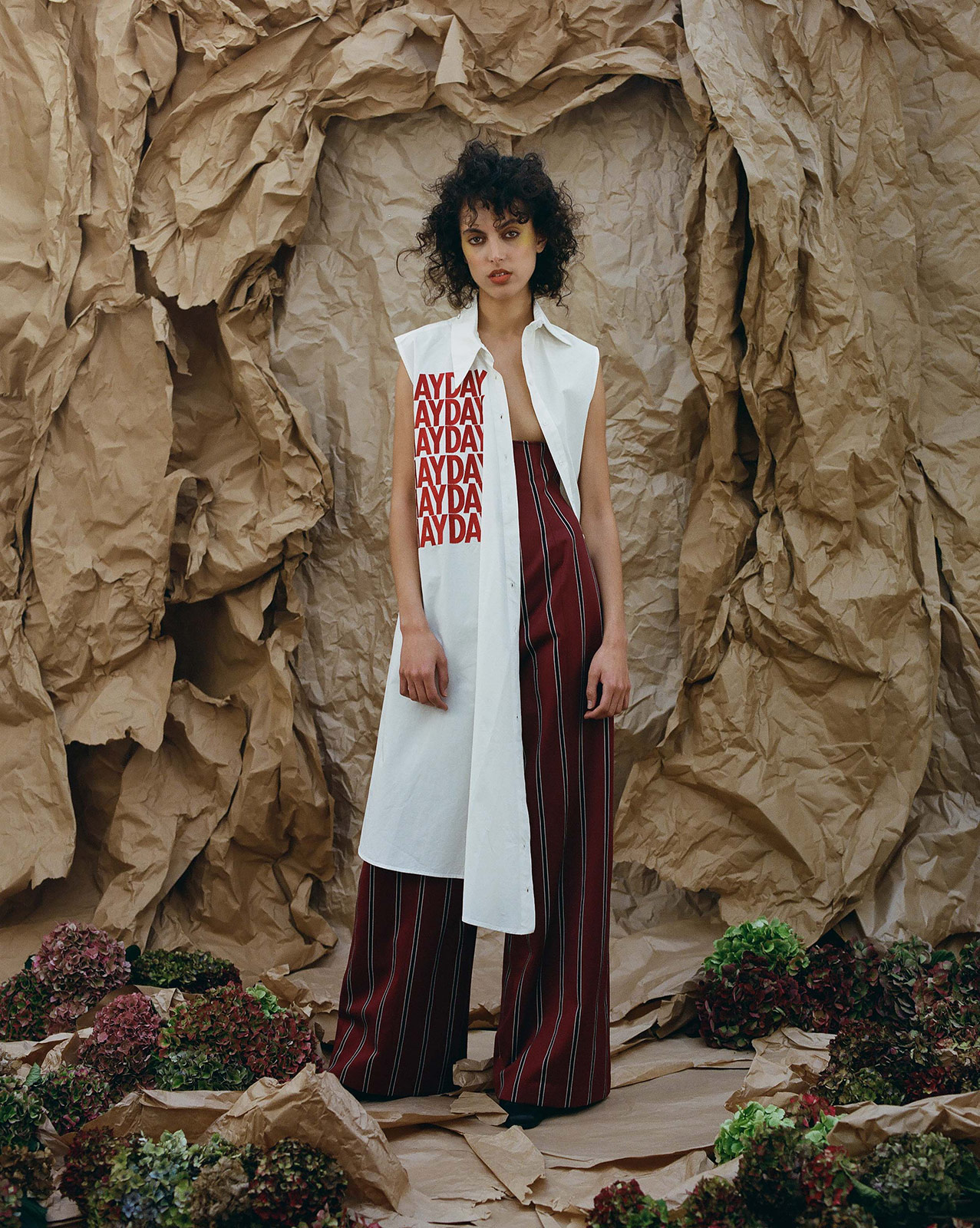 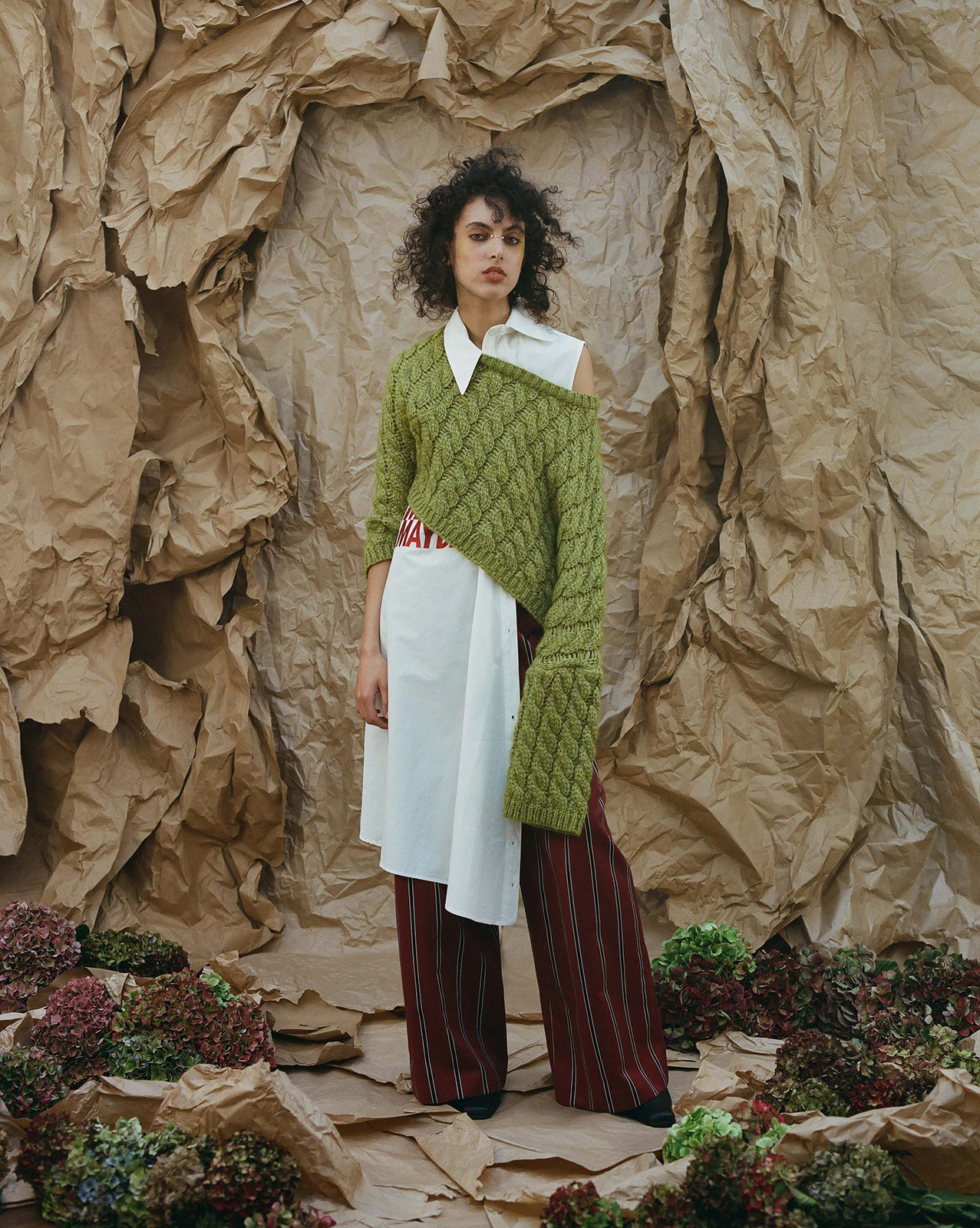 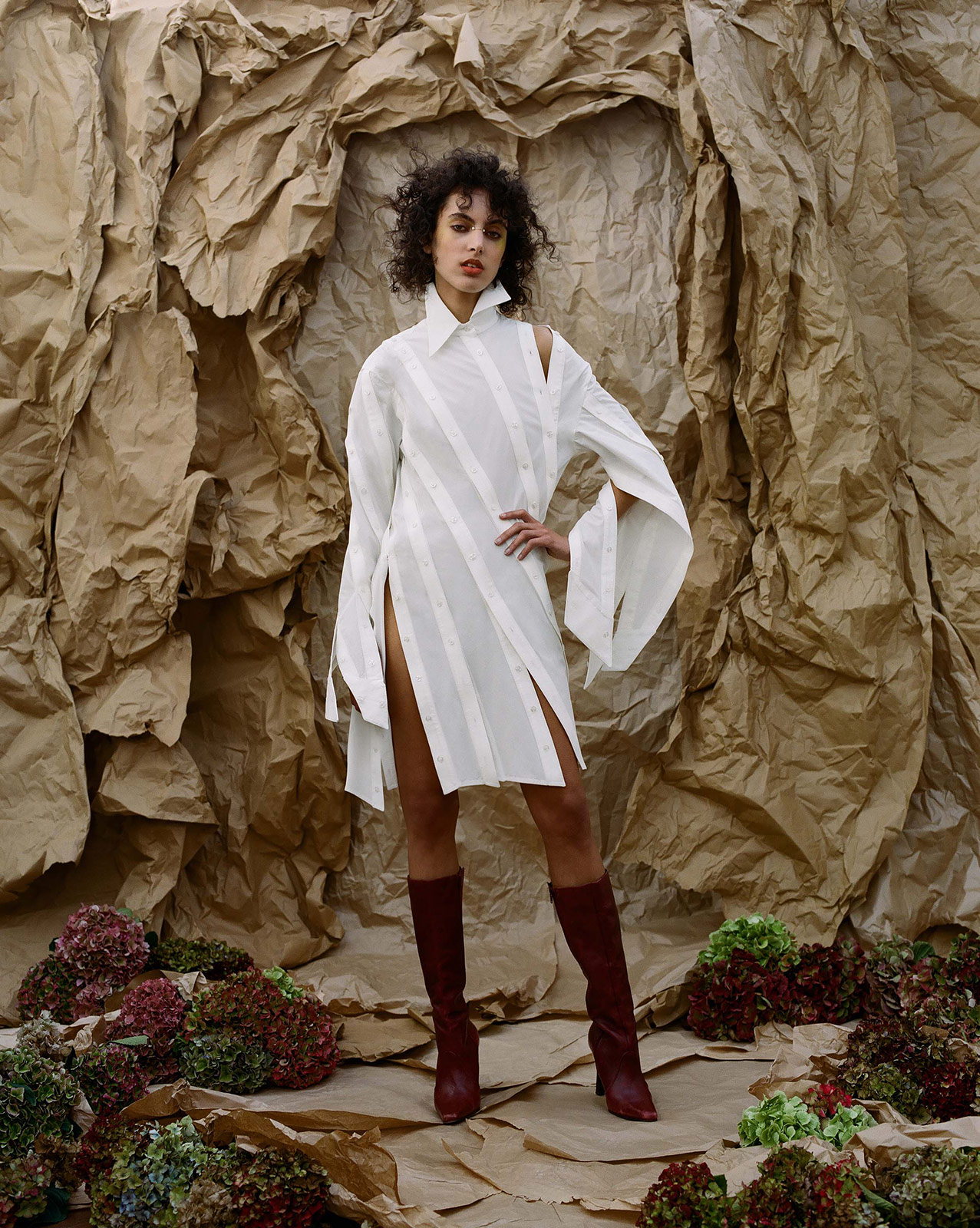 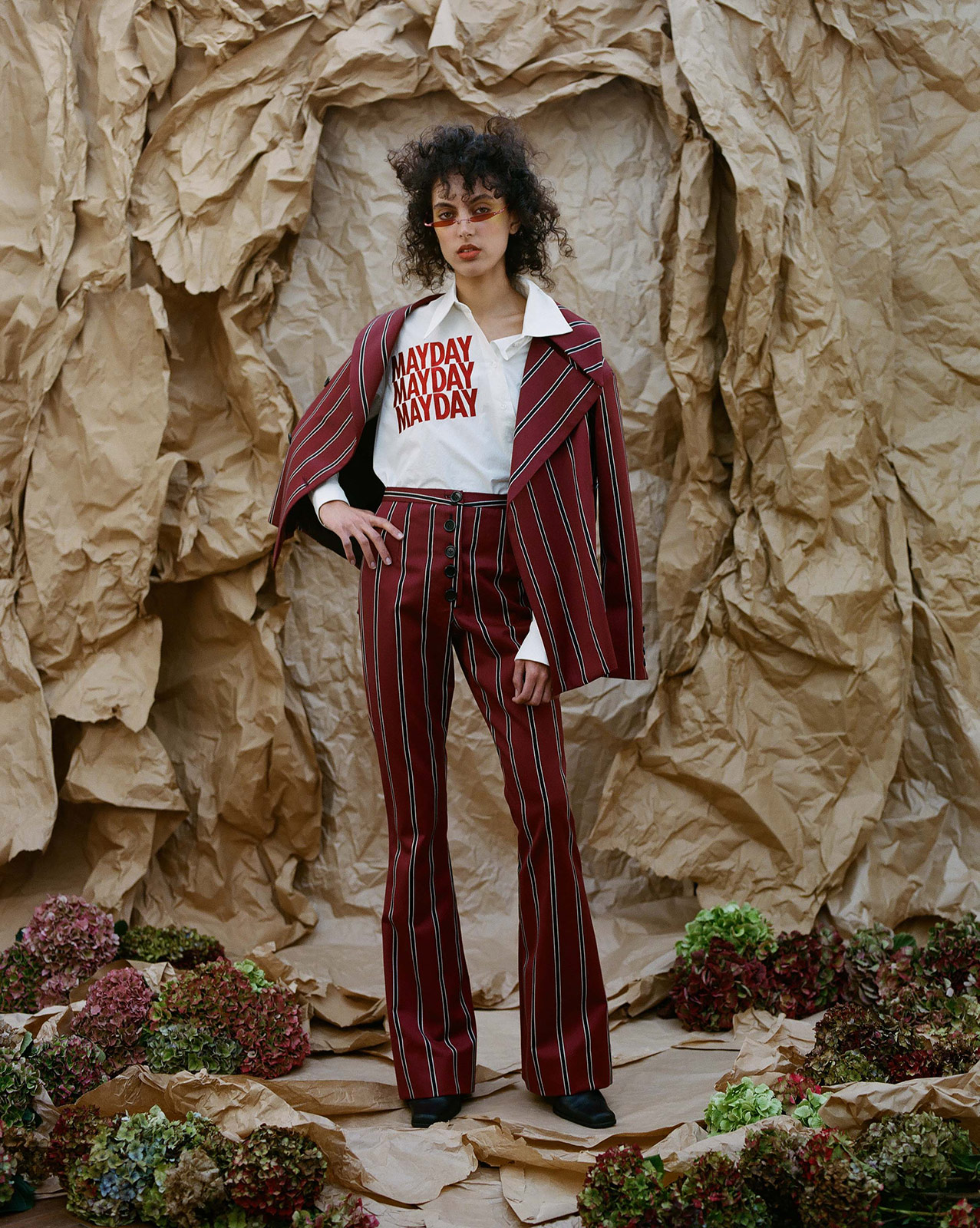 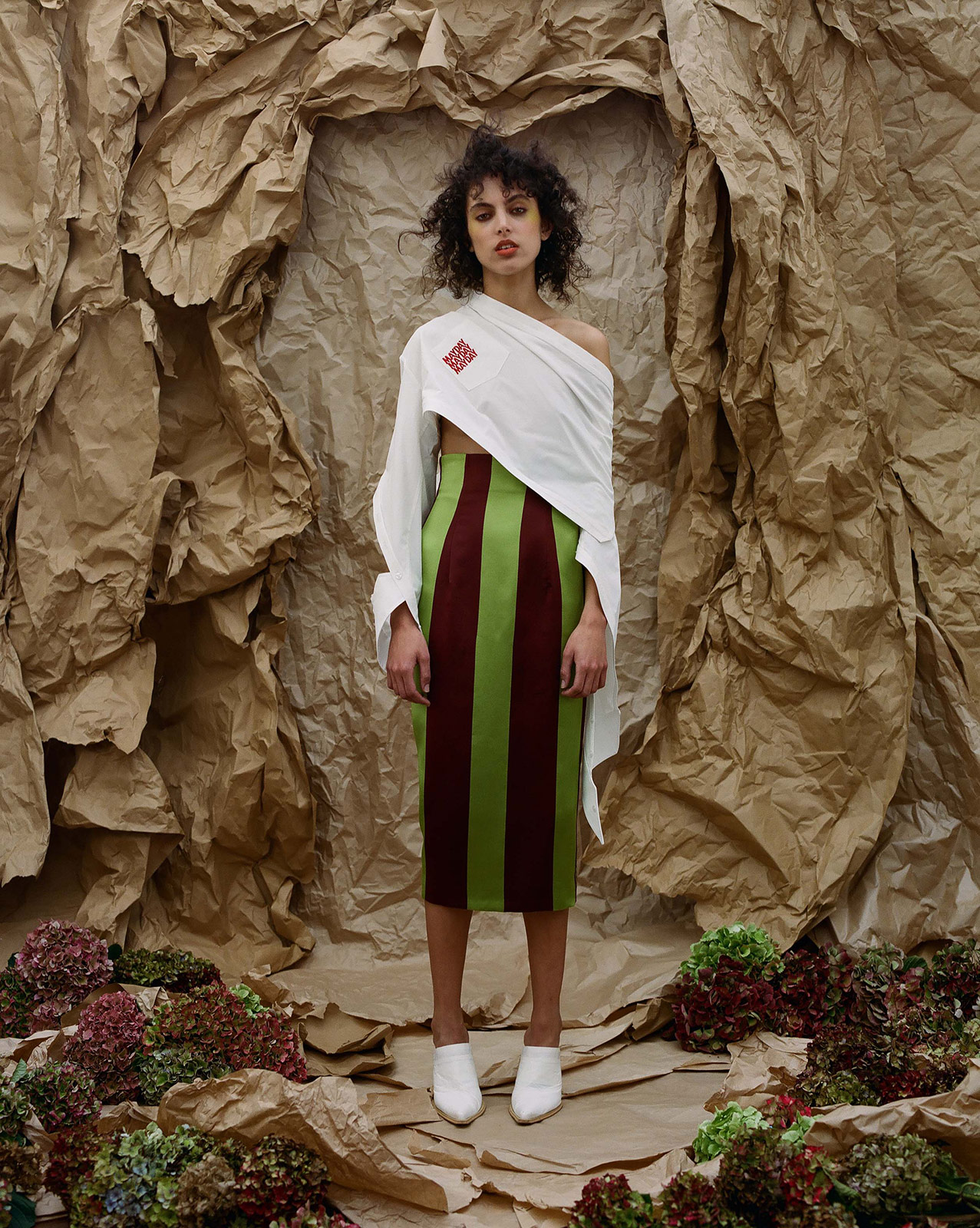 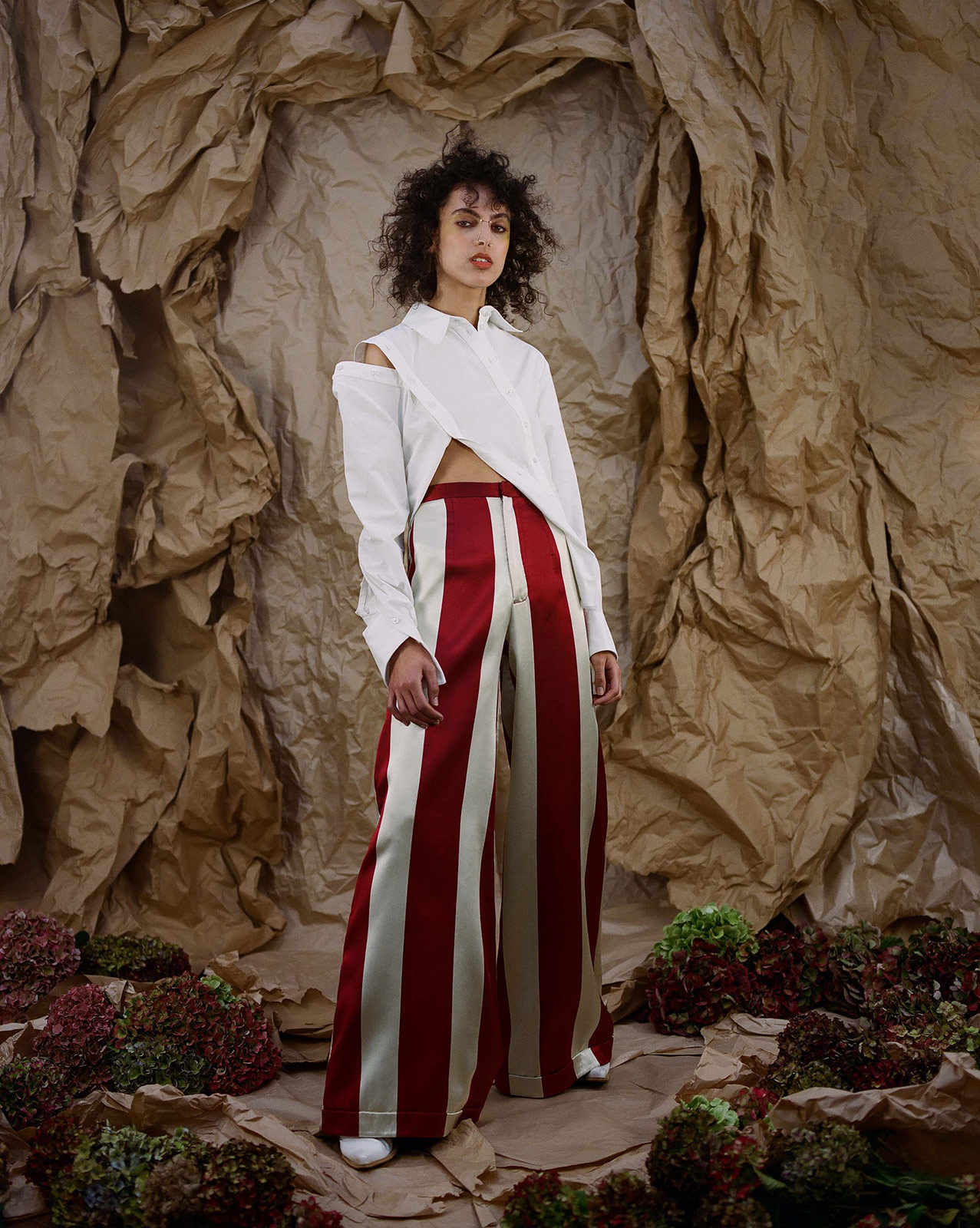 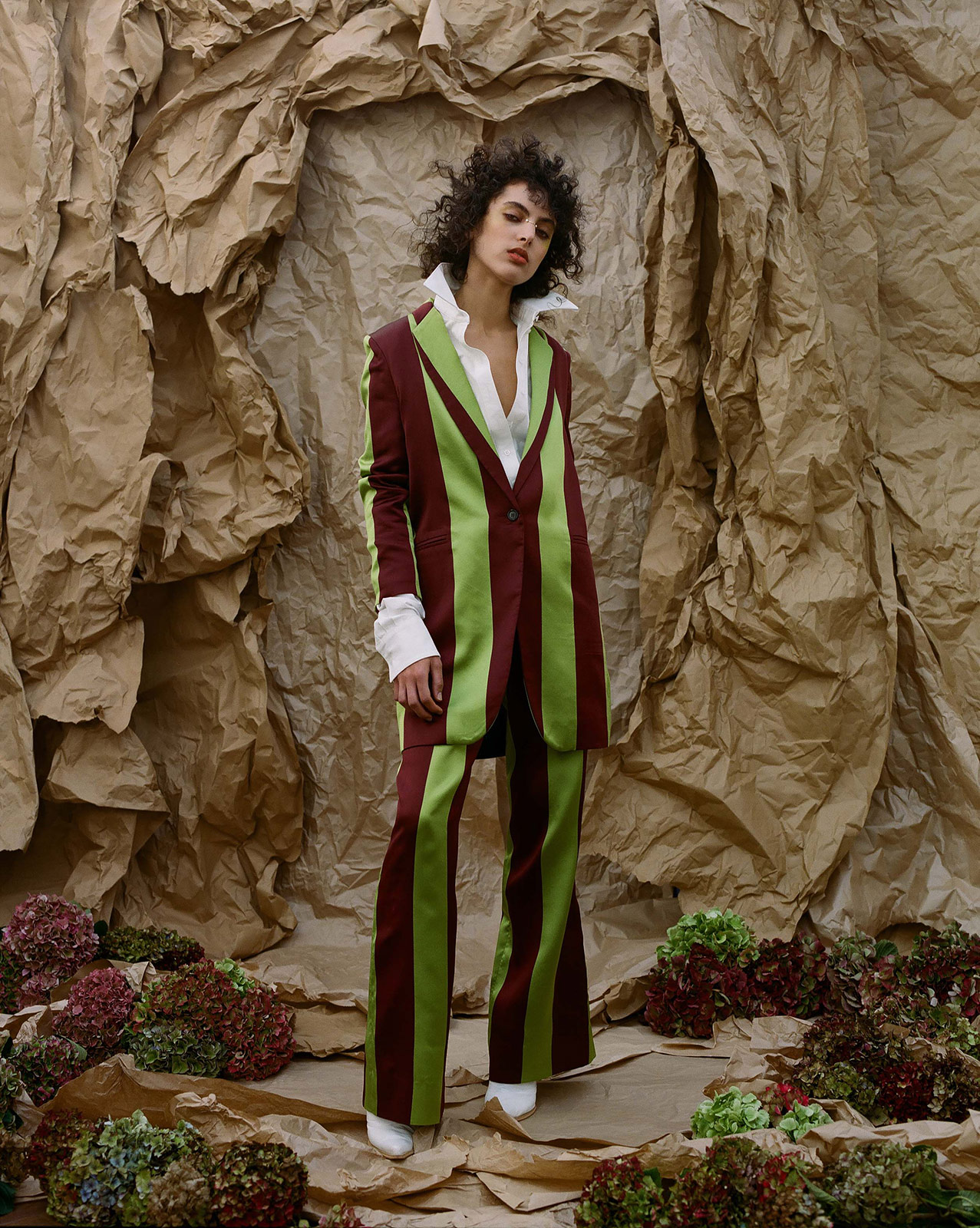 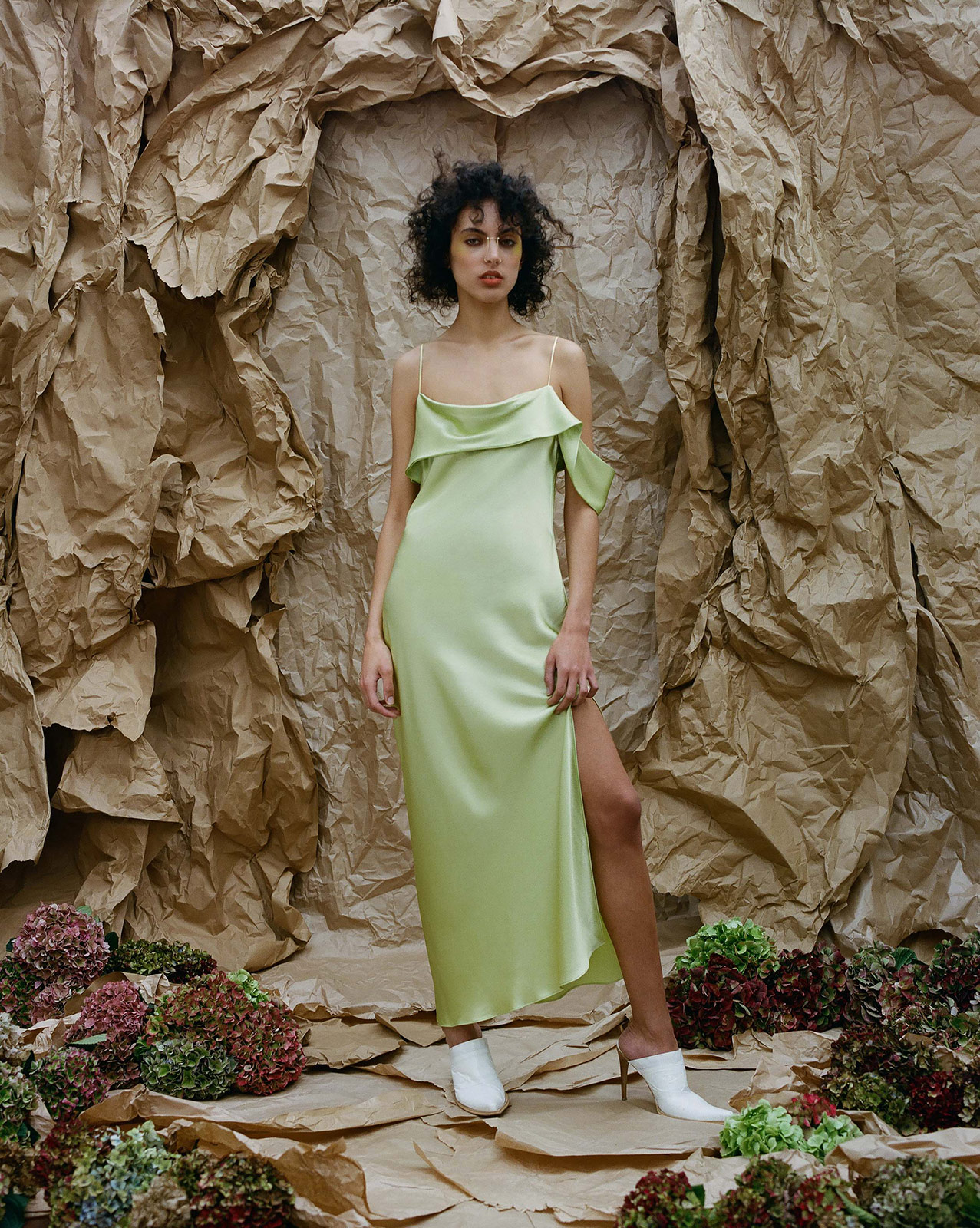