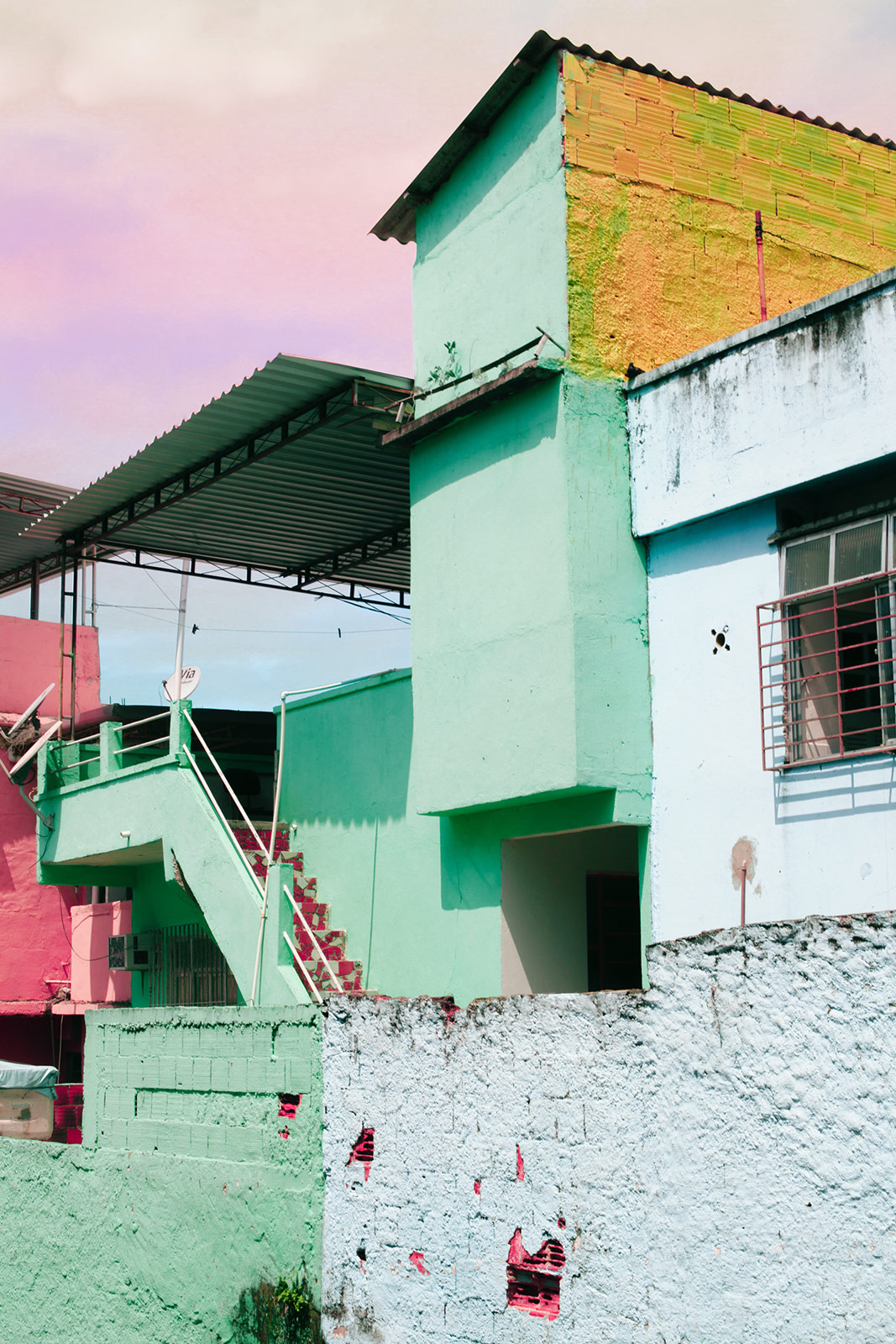 Fluorescent inspired photographer Stefanie Moshammer openly speaks about her findings in the raw city of Rio. Naturally drawn to danger and the unknown, her visit aimed to present Rio from her perspective; in an aesthetic and elusive way to show to difficulty of grasping the structure of life there.
Visiting favelas in Rio De Janeiro is a risk in itself, as I’m sure you know they do not uphold the highest reputation for safety. What initially inspired you, and what convinced you to go?
Normally I try my hardest to get close to places, people and subjects that interest me. It is often also an exploration of myths and stereotypes that I love, including the uncertainty of what I am going to see is unknowingly appealing. The rawness of real life is what I admire; Rio definitely infiltrates this as I always saw it as a pretty fractured and tense place. It has a certain imperfection that I was intrigued by. I also decided to visit before the Olympics because I knew that there was going to be a lot of attention in the city; this was going to bring my story alive.
Many of the photographs exhibit rich colours juxtaposed against deep tonal backgrounds with high levels of contrast. Do the bright pastel colours represent anything in these images?
Colour helps me navigate and narrate my story; to feel the dynamic and atmosphere of the place. My approach was to create an intriguing photographic essay of Rio, which captures the disparities while also highlighting the life and vibrancy of the people who live there. I believe every place has its own colour and sentiment, regardless of it being a subjective perception. 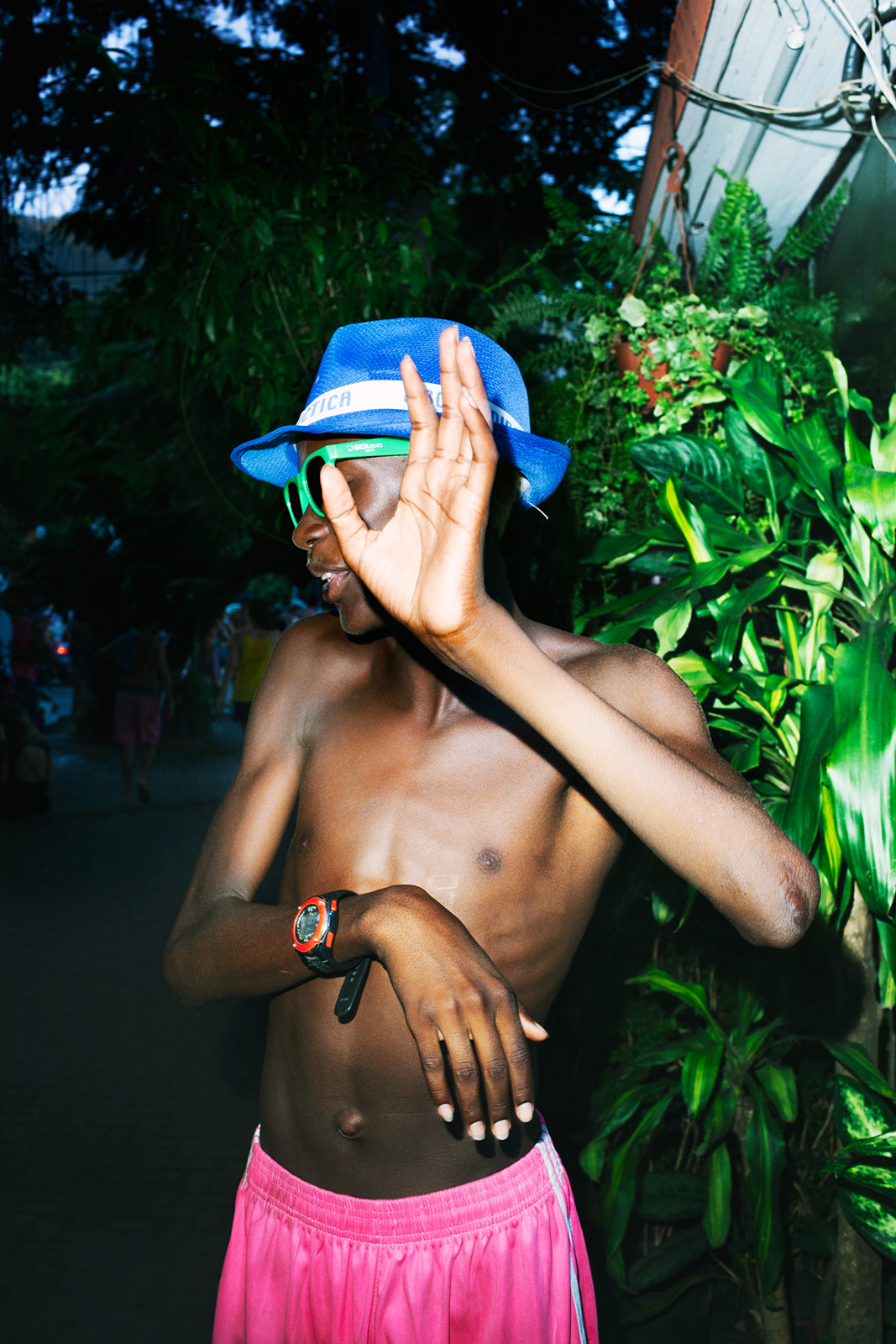 The Land of black milk series holds a powerful and subjective stance – what are your photographs aiming to display?
Land of black milk is a triangulation between document, aesthetic and individual perception. I was keen to capture Rio in a very aesthetic but also elusive way, because I found it was hard to understand the structure of life there, especially in the favelas – moods are always changing depending on what happened the day before. You can’t plan or direct everything within photography if you are dealing with a real place and real people. It’s always the different dynamic and spontaneity that I admire and my tableaux are created from reality – but I am the creator. Land of black milk springs from my experiences and is a conglomerate of my observation and personal impressions of the city, a mix of spontaneous situations juxtaposed against staged photography.
How did the natives in the favelas react to you being there and and how did they treat you when you arrived?
It is essential to visit the favelas with someone else who lives there. The longer I stayed in Rio the more people I met who helped me out and showed me around. I went there with friends and met more people living there through them. If people realise you aren’t visiting for a relaxing holiday and have a motive to actually be there, they are fine with you. Also, I'm not a photo journalist attempting to exploit the city in a bad light, it definitely helped my situation when I told this to the locals.
Did you find the natives had a negative outlook on life as 20% of people live in favelas there?
All the people I met in Rio were very positive and warmhearted, they were good with dealing with their situation. You barely see people begging on the streets, instead they offer you something because they know that’s the best way for them to get money. I was fascinated by the workforce and work ethic of people out there. Some people who live in favelas travel up to 4 hours everyday just to get to the wealthy South Zone; that’s where the money and work is. But also I got to see the discrimination and racism that a lot of the people from favelas are confronted with. Life in Rio is strongly segregated along the lines of class and race; the the Afro-Brazilians live in the poor neighbourhoods, and they work for the wealthier class in the South Zone. However, to understand modern day culture in Brazil, you need to understand the history of Brazil. It has such a heavy past – due to it being the last nation in the western hemisphere to abolish slavery (in 1888). It’s like the ghosts of slavery still linger everywhere in the city.
Did you meet the gang members and police force in the favelas? Was it difficult to get access into the favelas from the police in Rio?
The police force in Rio is much more corrupt compared to First World countries. I had to come to terms with the fact that one day it may be alright for me to be there, whereas the next day it wasn’t. Within the favelas the common law doesn’t count; their own rules exist. I didn’t get in touch with any police in Rio, of course I saw them, but to get access into the favelas I needed to reach out to the local criminals. There are five big criminal organisations. The only one I got in touch with were members of Comando Vermelho (CV); one of the main ones. Every organisation marks its territory, so you immediately know who belongs to which one, as surreal as it sounds. But I tried not to look too deep into the organisations as it wasn’t my main aim of focus. That would be too predictable, it’s what people expect when they know you are documenting favelas. There are hundreds of existing favelas still present in Rio, and the safety of each one depends on where they are based. Some are pacified of the police, some aren’t. I visited Complexo do Alemão, Santo Amaro, Madureira, Rocinha, Vidigal, and Cantagalo; I didn’t feel unsafe.
What was the most shocking incident you experienced while there, if you did at all?
A gunshot just around the corner from where I lived. I heard the shots from my room and after I left my place, I saw it happen. Someone was ‘accidentally’ shot by an officer (one of the main causes of killing in Rio de Janeiro) during a gunfight between the police and the ‘criminals’.
The majority of individuals perception on Rio is somewhat distorted, the Western society envisions women lounging on white beaches, men drinking caiprinhas and 24/7 samba dancing. Whereas, photojournalists have portrayed aspects of the negative culture present there. After visiting Rio yourself, what is your view on the ‘infamous drug cartel’ city?
It’s true – Rio is a target for western fantasy often informed by clichés of the beach, sexy women, the good life and samba. There are also many photojournalistic interpretations of Rio, which show only a negative aspect of the culture there. My intention was to disassociate my work from the images previously portrayed there and tried to develop a new dialogue. My aim was to say: “This is Rio de Janeiro. Rio exits in many different colours and shapes in my mind; I don’t view Rio as a city, I see different worlds, with multiplied realities and space in between.” I hope my images can take people on a journey of their own. 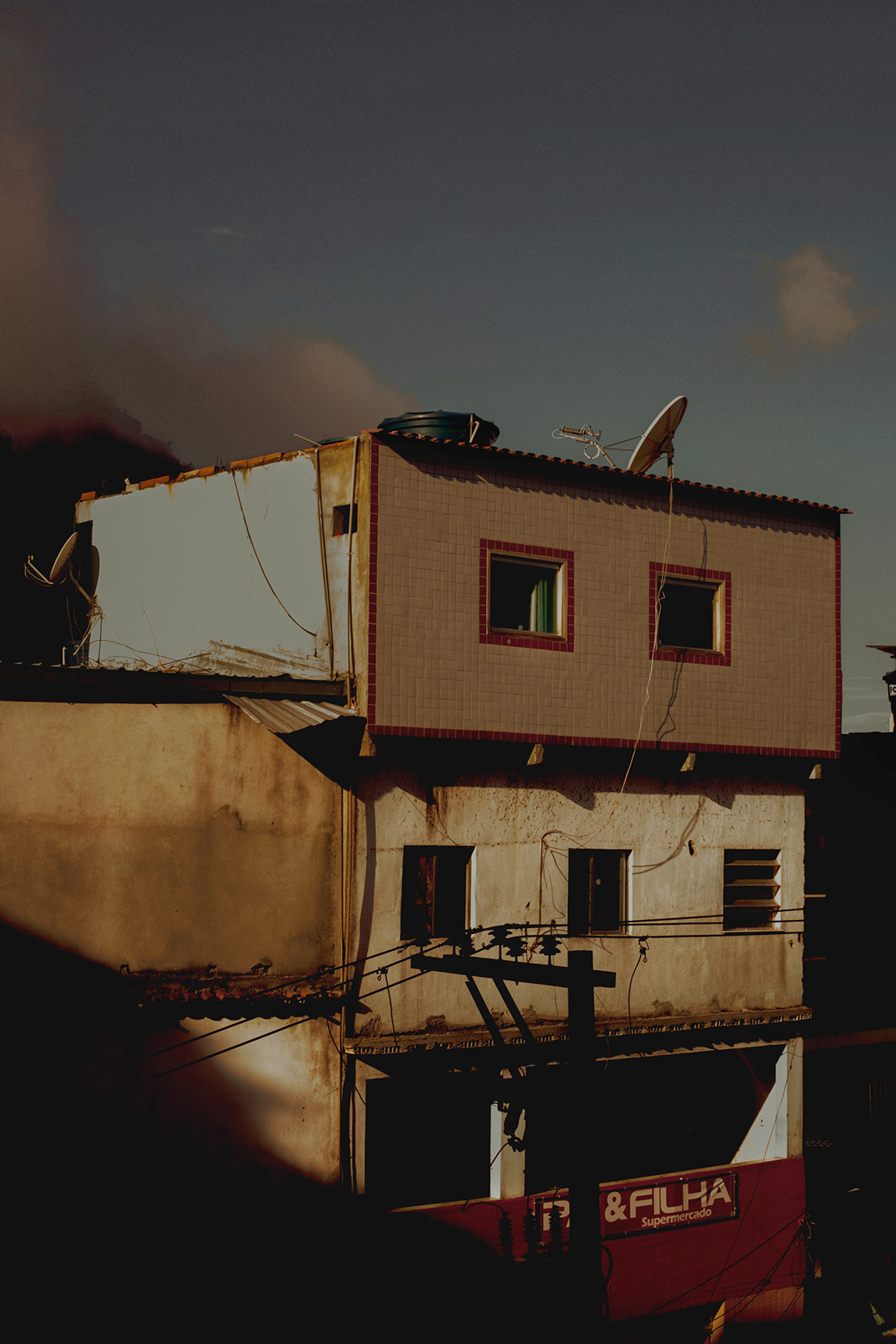 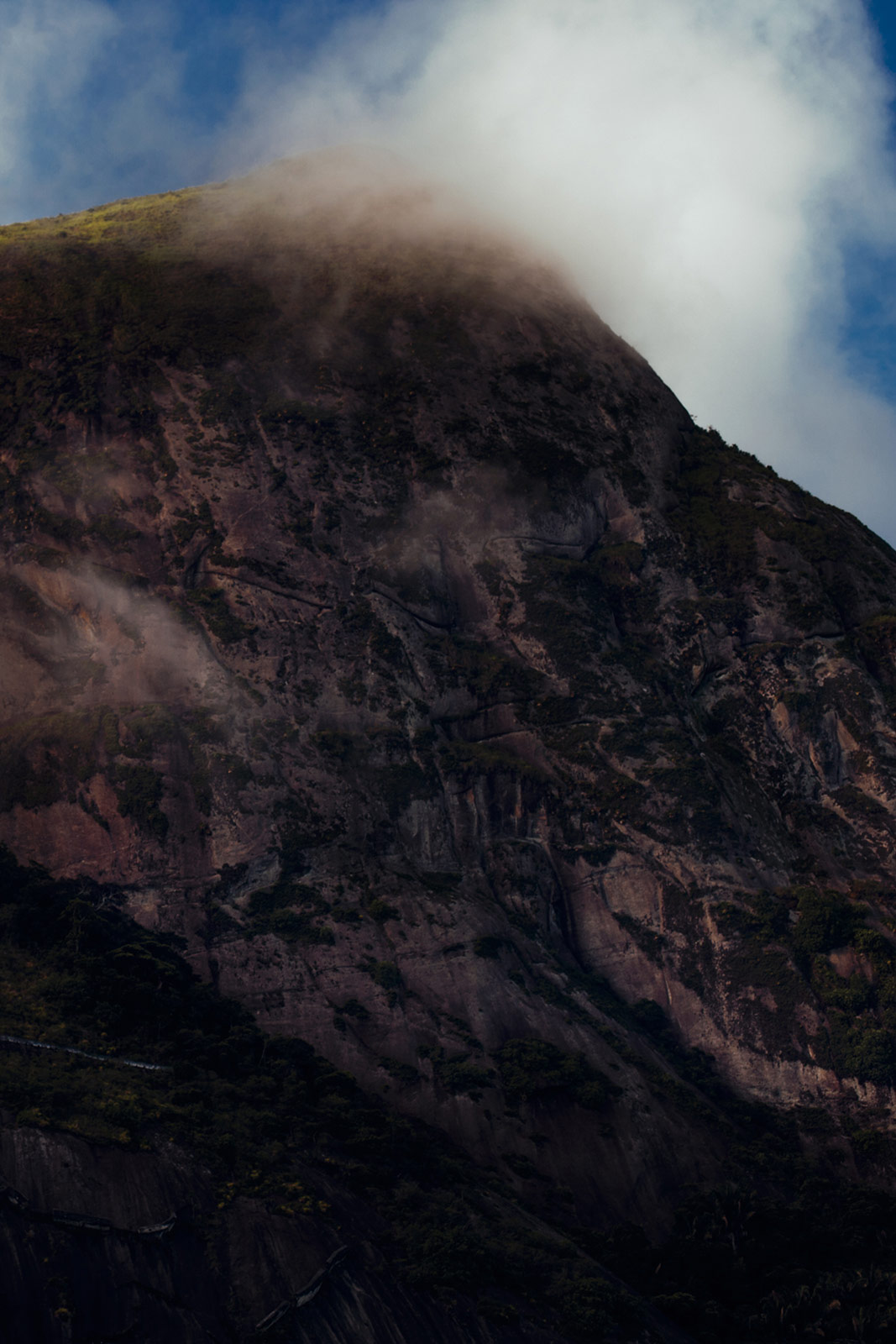 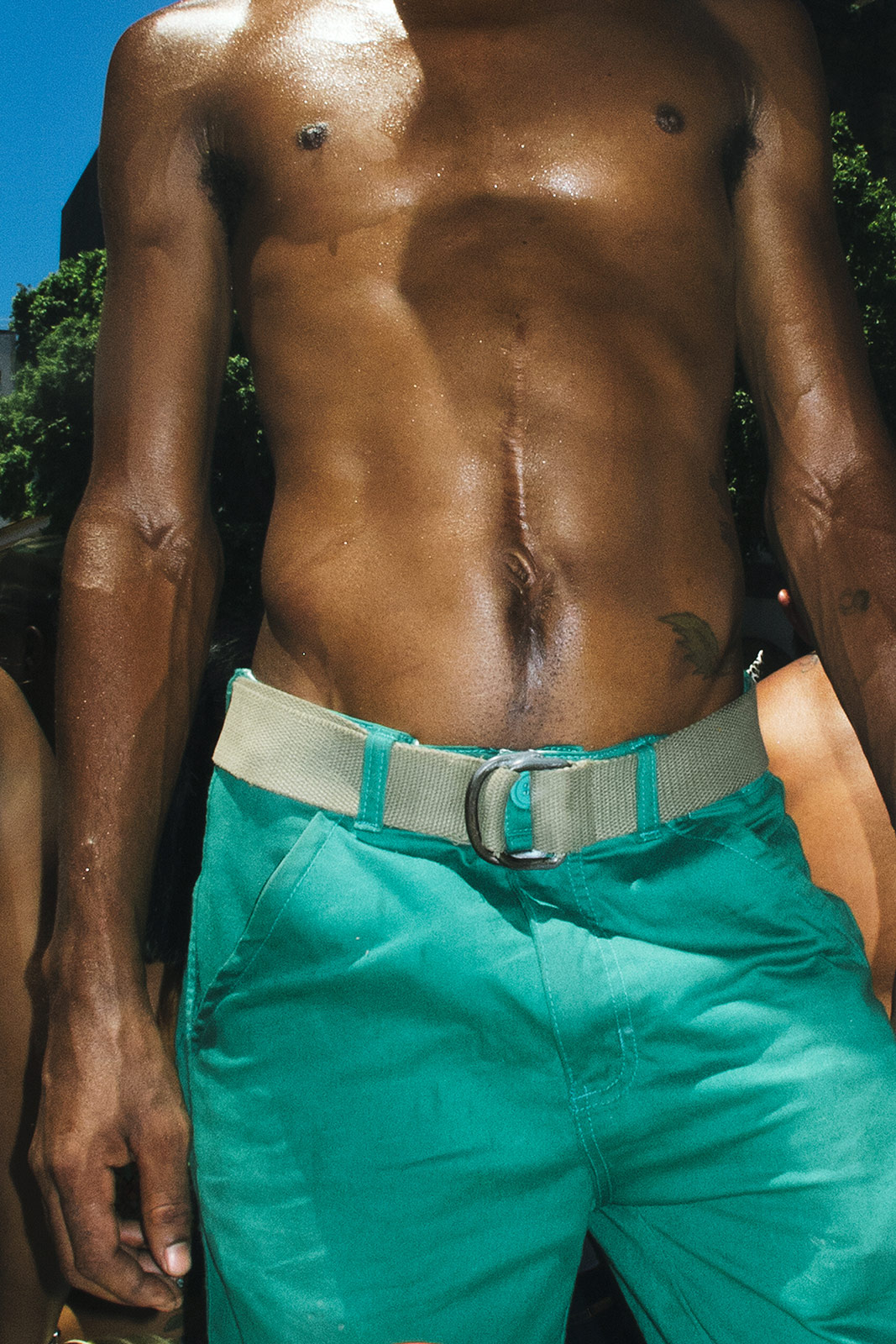 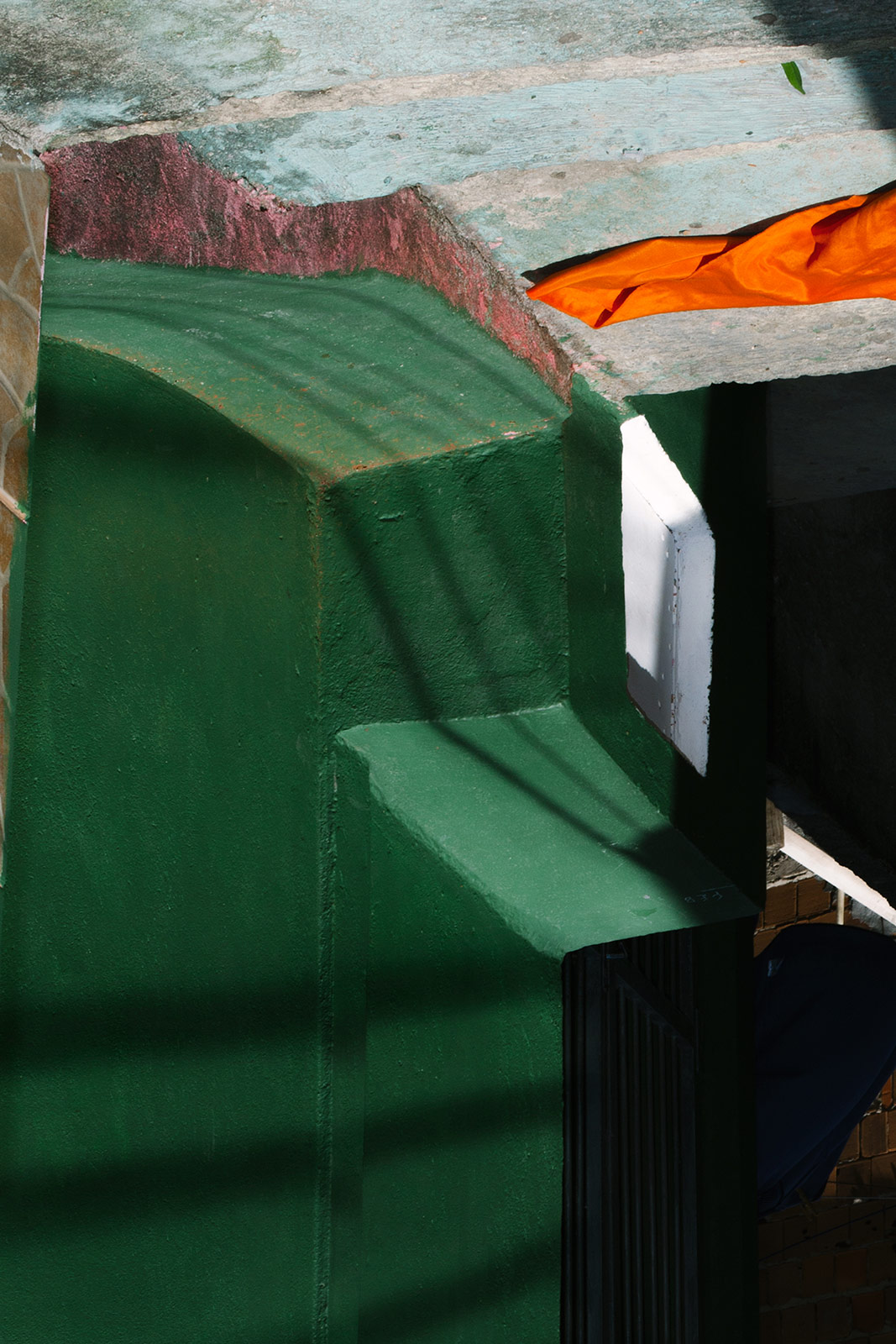 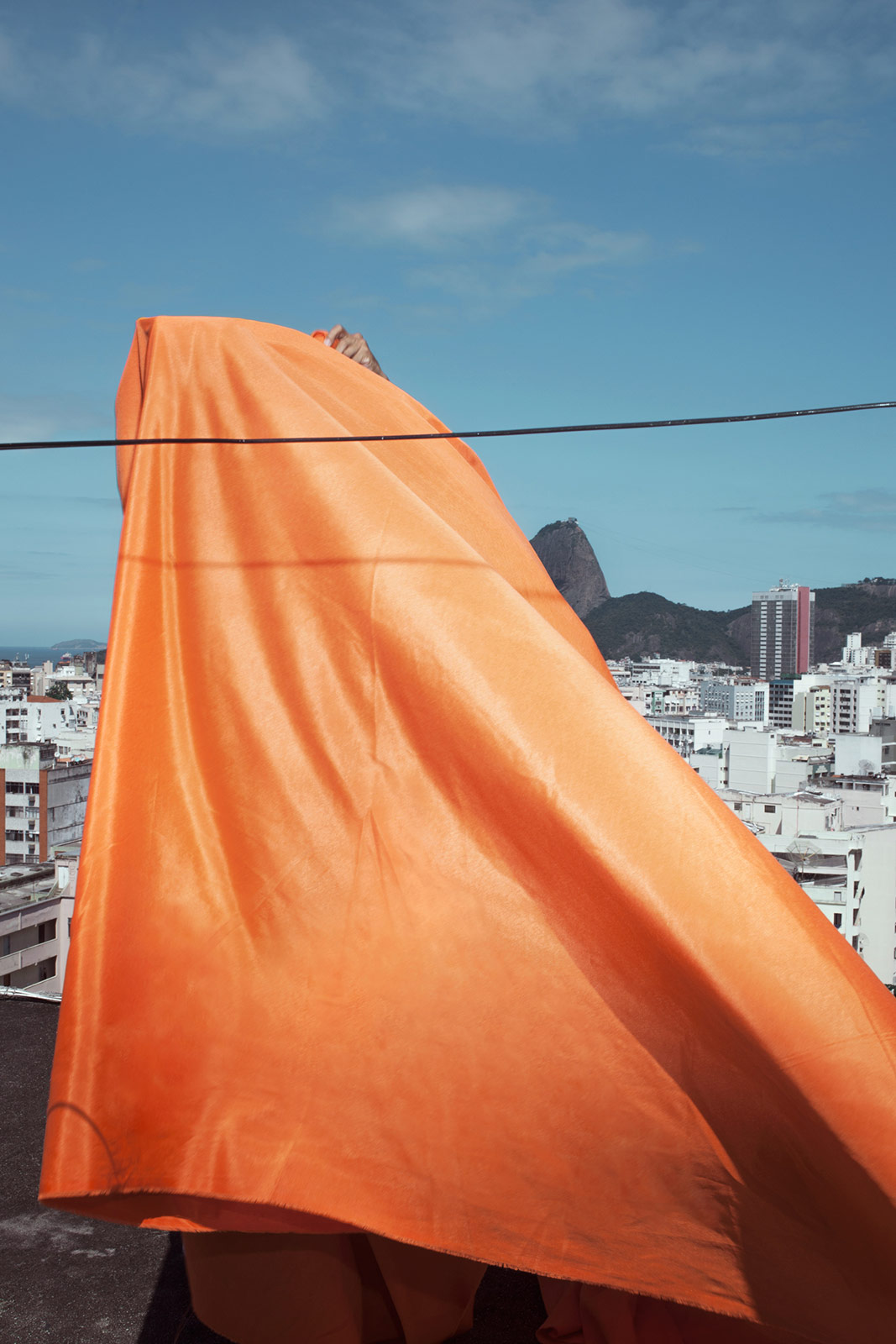 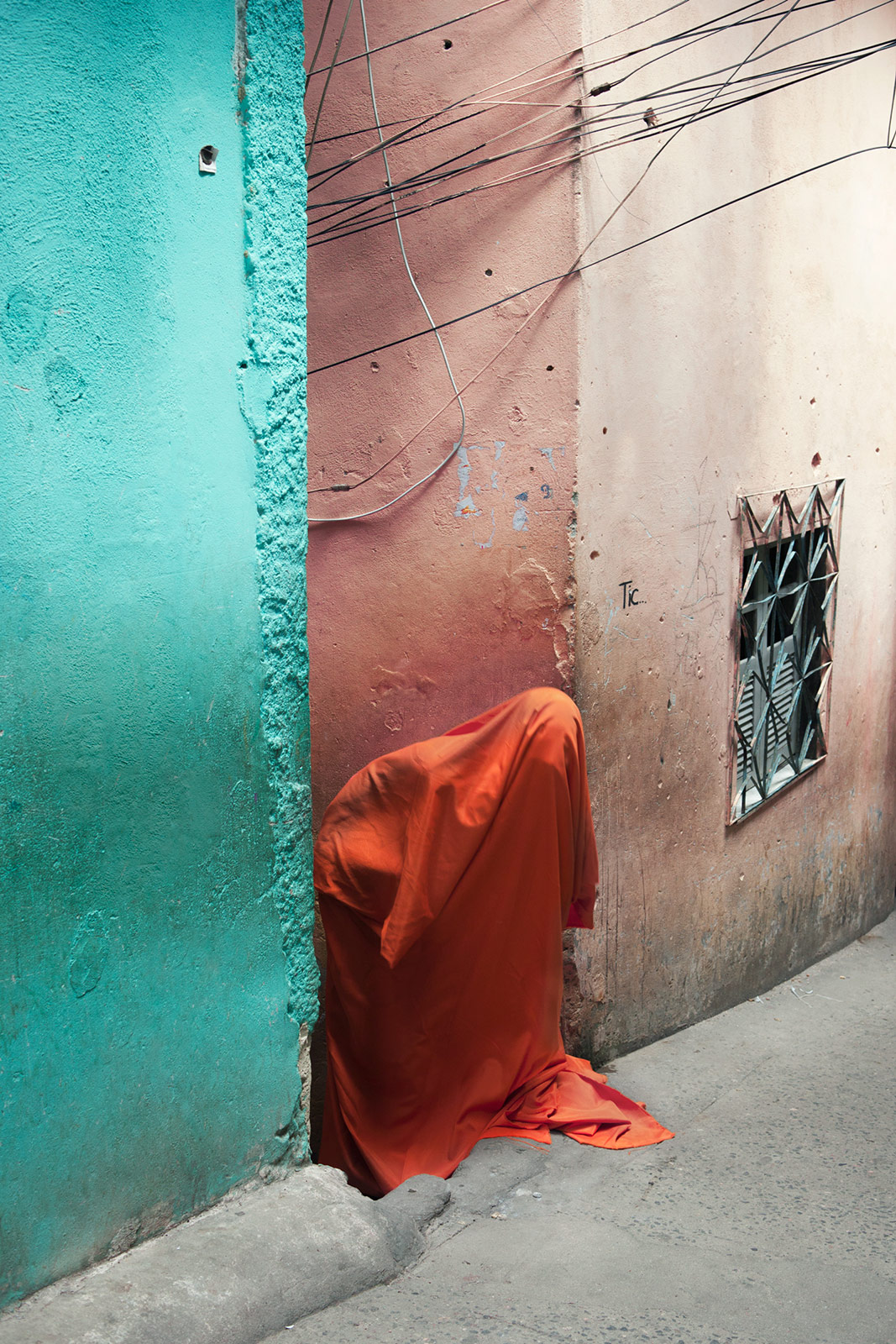 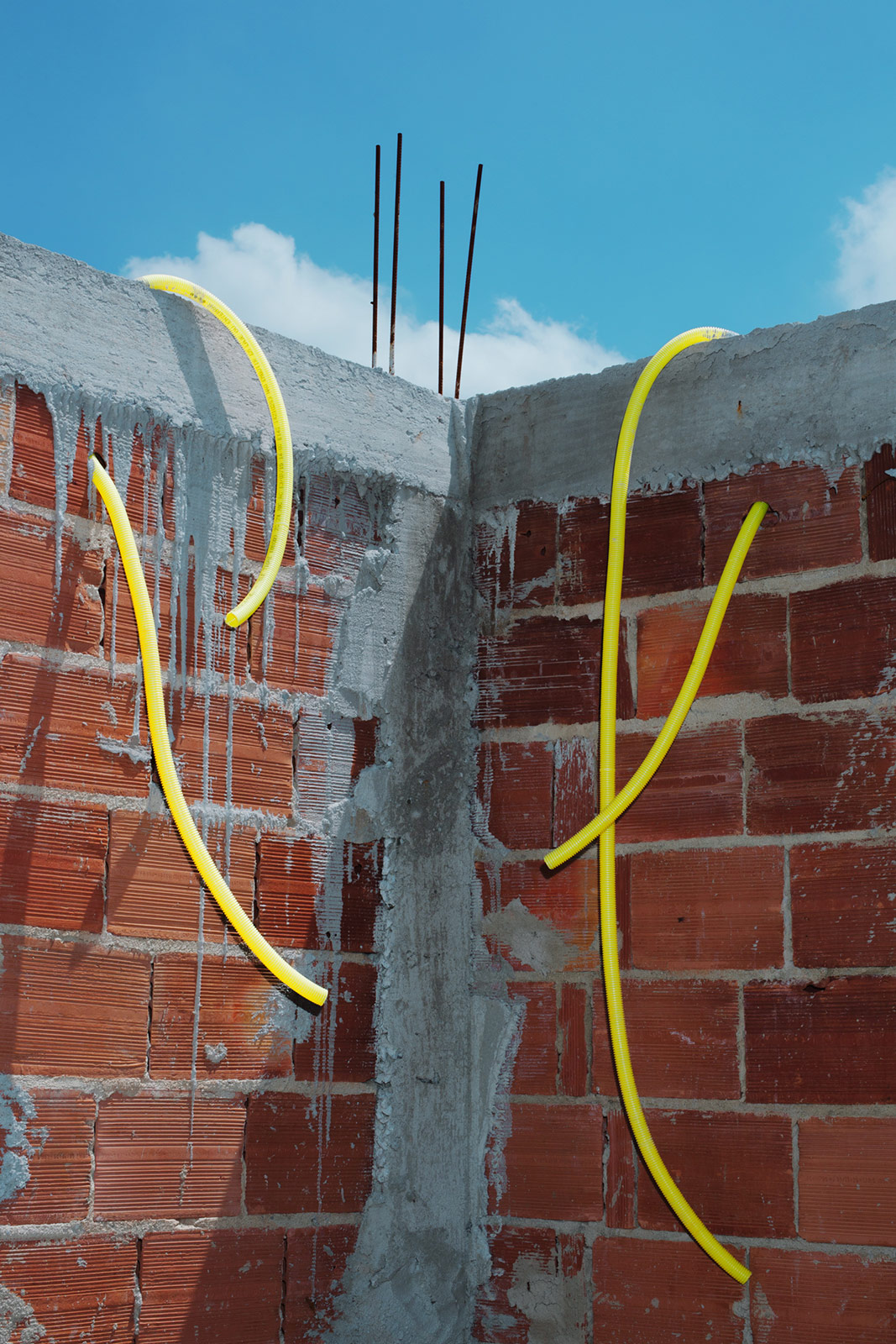 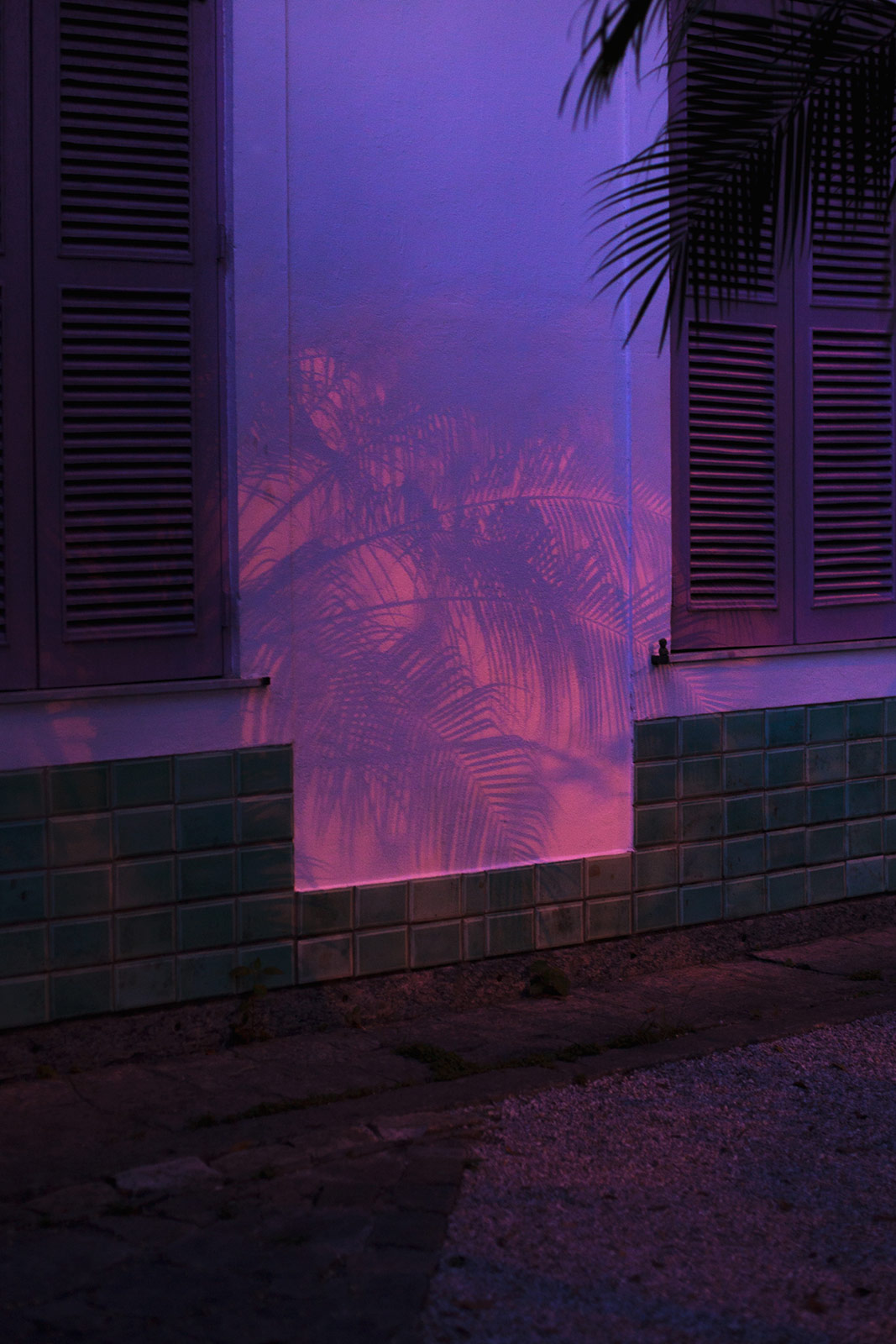 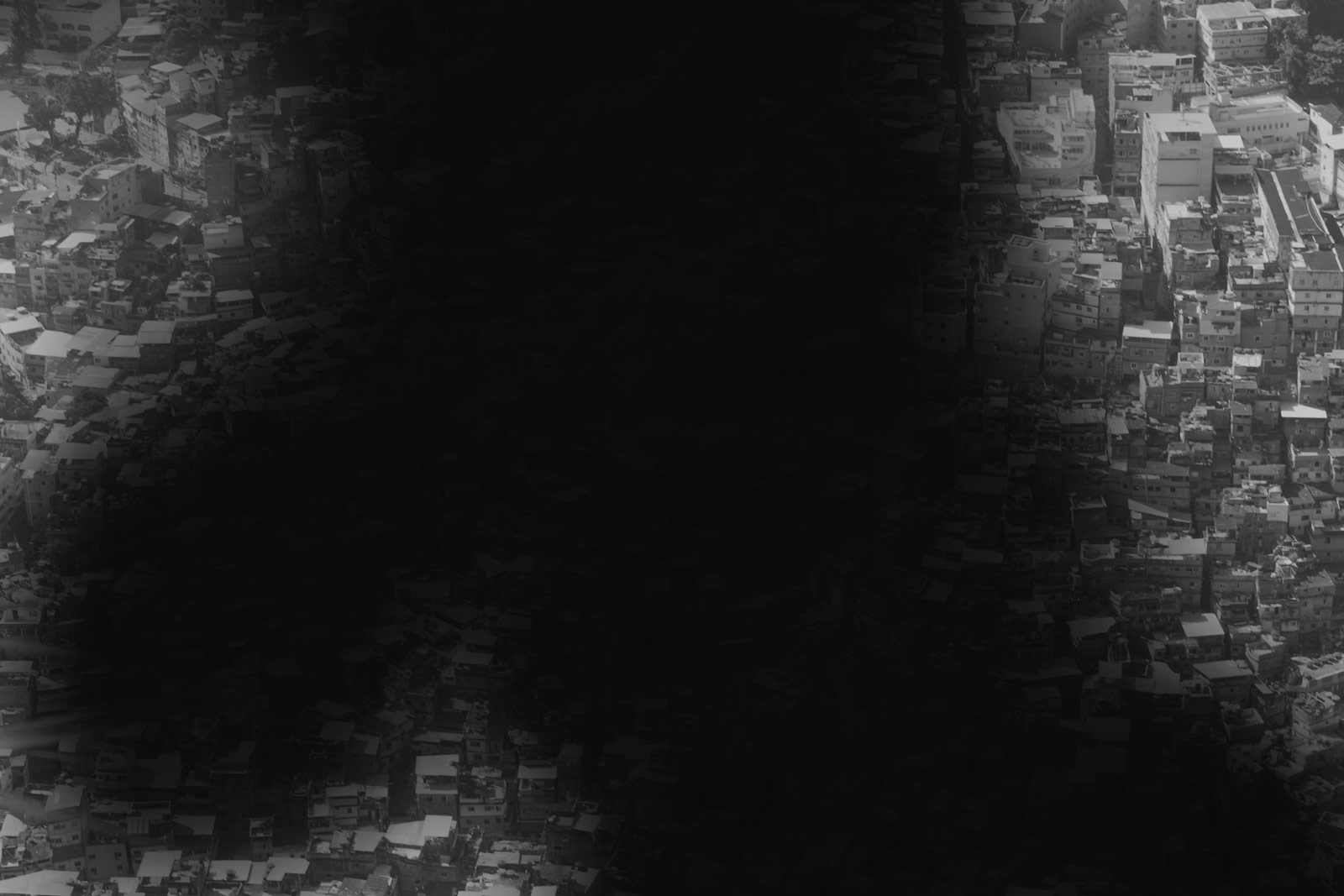