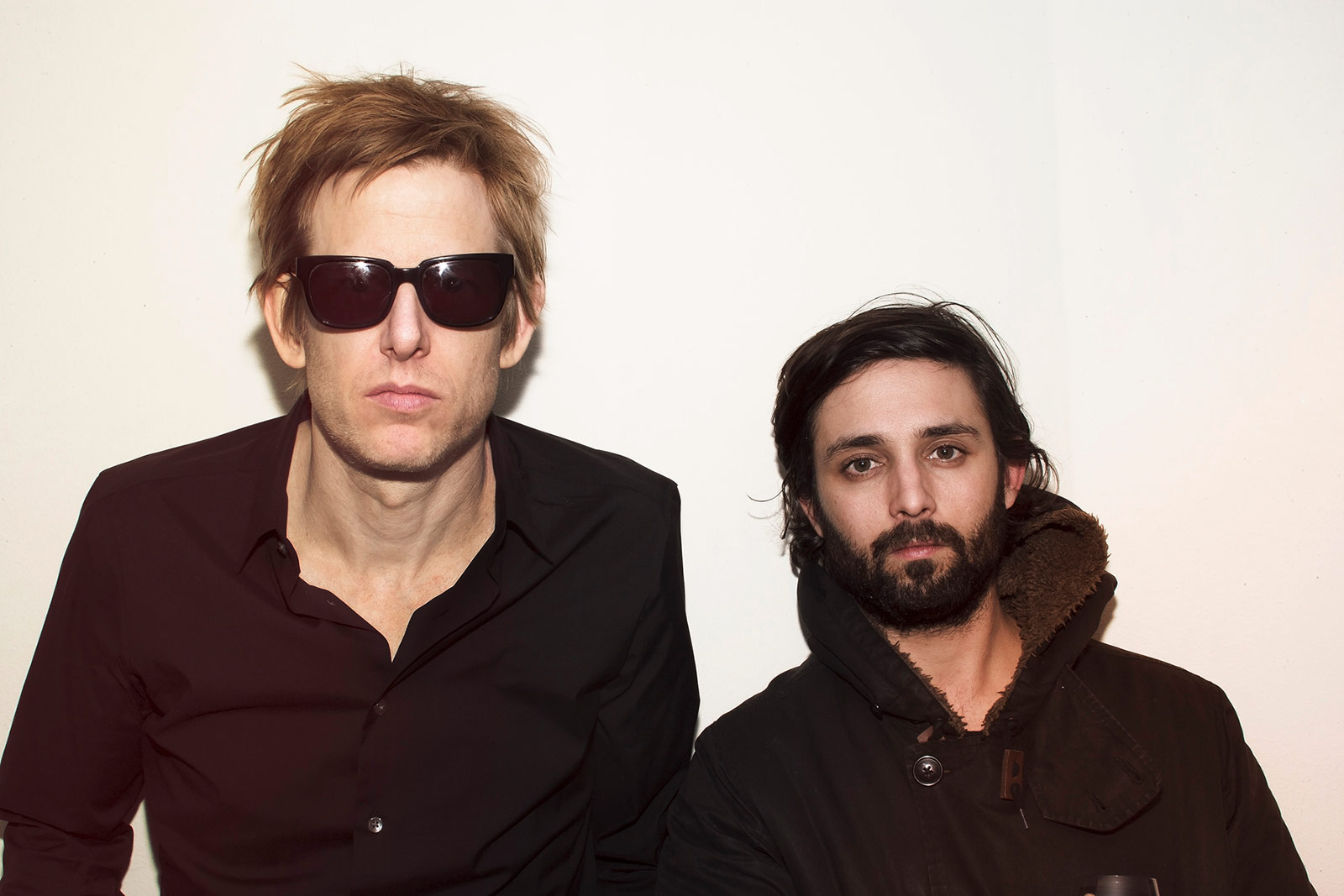 Spoon is back with a new featured album Hot Thoughts, this time released in Matador, which makes this come-back even more sexy. Produced by Dave Fridmann (Mercury Rev, The Flaming Lips, Weezer, and many more) they recorded the album between Fridmann’s studio in the woods of upstate New York and Spoon’s hometown in Austin, TX. We met Britt Daniel and Alex Fischel for a placid chat and a snappy photo-shoot. Hot Thoughts is officially released everywhere on March 12.
Hot Thoughts is your ninth featured album. Have you done anything differently than any of your previous work?
There is a couple of songs that I felt were a different territory for us. Even if they’re still the normal pop-rock songs, they were more straightforward songs – so they were a bit different than we have done before. For instance, Pink Up… Have you heard the record yet?
Not yet, just your single Can I Sit Next To You.
Yeah, there’re two songs on the record that are more like pieces. Pink Up and the last song Us are more like soundscape pieces. Us has no lyrics and is driven by saxophones.
Who does the songwriting?
Usually Britt writes. There is a song on the record written by Alex. For the saxophone part, I gave these guys some credit. The song Us is very different. I brought in a saxophone player to just do an intro to a long song we were working on. Once he came in, he played all the way across the whole song, and then he played the harmony part all the way across it again. When he left, I turned everything off and just listened to the saxophones, it was great. It didn’t sound like a Spoon song, that’s for sure. I thought maybe the thing to do was to throw out everything else and just start over with these saxophones. We haven’t done anything like that before. It does definitely sound different.
Where did you record it?
We recorded it with Dave Fridmann. He has a place upstate New York, outside of Buffalo, in the woods. So we recorded a good chunk over there, and they took the tapes down to Austin and record back and forth.
Why did you decide move to Matador?
It is not our first time, we released with Matador the first album. But then we haven’t worked with them for a long time. So now we are working with them again. We like those guys.
Is Gerald Cosloy still working actively with the company?
Yeah, he lives in Austin, so we see him.
Why did you take this decision to work with them again?
They made a very compelling argument. The told us what they could do with our new record, they made us feel good, told us how much they loved us. And once the deal is signed though it’s like “We gotta go to all the fucking work well” (laughs). It’s funny, the relationship changes a little bit. I’m sure they still love us but our conversation is not about how much they love us, it’s more like “you need to do this, you need to do this… Do this press, do this TV show…”
Do you like that?
It’s just a different dynamic. Before this it’s all just about love (laughs). They come with very good marketing ideas, they have relationships with TV shows. They are pretty good. Beggars in particular is very good in Europe and we haven’t been on any European label that was as big as this. It is good, we can feel that.
Speaking of Austin, you as a local, how do you see the evolution of SXSW nowadays?
It’s probably not the same as it used to be. Even in the late 80’s and early 90’s when SXSW happened, young bands going there to play took a crap shoot. Nobody can guarantee that you will get signed by any means or that people will come to your show. And now I think there is even less of a certainty. But I still love it, it is a fun and chaotic week, there’s so much going on constantly.
Have you been there before?
No, never. But I have talked about it with other musicians who have played there and everyone says the same: you are supposed to do the show of your life four times in two days and sometimes there’s not even a sound-check. Yeah, it is chaotic. But I like chaos, if you know what I mean, not all the time but I can handle it for one week.
Would you still recommend bands to go there?
Yeah, I would. It is a real experience.
You wrote the score for Marc Foster’s Stranger Than Fiction. Have you done anything like it in this direction afterwards?
No, I haven’t. Stranger Than Fiction was the main movie soundtrack I did. I enjoyed it.
What would you say are the main differences between writing music for a movie and for yourself?
The main differences when you are working with movies is that they tell you what to do, like “We need a piece of music 30 seconds long, we want it to be in this mood and in 20 seconds it needs to pick out” or whatever it is. It is like painting by numbers. In a way it is little easier. You are not dealing with a completely blank canvas when you are writing a song for a movie.
One last random question. I read somewhere that there’s some connection between you guys and laser discs?
I used to work making sound effects for video games, but no laser discs. But perhaps this is coming from when we worked with Dave Fridmann – he had tons of laser discs at this studio. Pretty nuts.