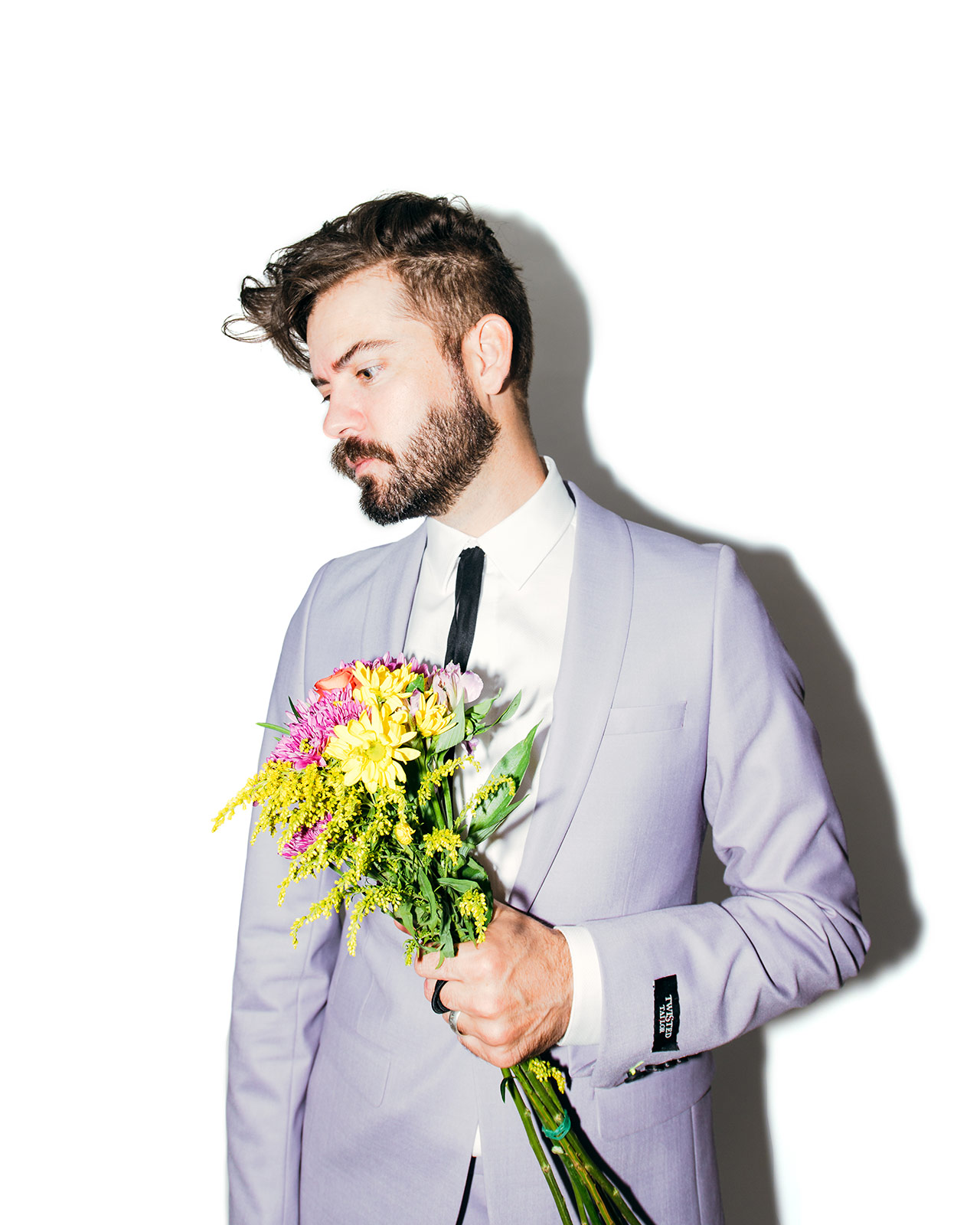 The Denver-based band South of France, made up by musician Jeff Cormack, is known for racking up accomplishments like opening for The Flaming Lips and Portugal The Man, and having tracks featured on shows like BoJack Horseman and Shameless. The band is releasing their new album Remember That Cool Thing We Did today! Triggered by a trip down memory lane, the music makes you forget about bitter days and sends you into a nostalgic spiral reminiscing those summer moments. A perfect ode to the care-free days, it is a mix of hard work and catchy hooks.
In this interview, we talk to Cormack not only about his latest release but also about his knowledge of commercial licensing, as he's been a songwriter for other musicians for many years, where he hopes to shed light on how important it is to know your worth in the industry. Since starting South of France in 2012, the band has changed along the way and formed many shapes. Now, almost 9 years later, the growth and constant evolution have made him and his band what they are today.

What inspires your work?
Everything inspires my work. I’m a culture consumer and I love learning about things. I get really into the people/things that I enjoy and will try to learn as much as I can about them and their work. I think I sort of take little bits and pieces from that … This would sound cool in that one scene of that one movie or this would be great for a character who might exist in this one writer's story etc.
You have a new album titled Remember That Cool Thing We Did that comes out really soon. What is the story behind the album and how is it different from what you have created before?
The story behind the album is a long one (laughs). This album was created to be an album, and I think that was the most different and challenging thing about the album. Everything had to play well together. Since it is my first full-length release as South of France, I really wanted to make something that I would really want to listen to. From there I created a lot of rules but then tried to break all of the rules within the greater set of rules by using some of my weird sounds, textures, and drifty melodies.
You are also paid songwriter. How have you found your voice in music, lyrically-speaking?
I’m still pretty timid with my voice and feel like I’m just now starting to find it. I spent a lot of years trying to be good at music for others and working on being versatile as a writer/producer. This album has helped me realise it’s okay to just do my own thing sometimes.
Images can deepen our emotional response to music, and expand the storytelling potential of songs. How do you interpret the connection between sound and image?
Sound and image together are so incredibly powerful to me. I love it. It’s how my brain connects so many emotions. Most of the songs I write are usually written with a specific imaginary scene happening in my head. For me, they are sort of a necessary pair. It’s best when the two really need each other and come together to make something more meaningful than they would on their own.
You have mentioned that you want to make Remember That Cool Thing We Did into a total sensory experience, combined with a complete gallery display. Could you tell us a little more about this?
Yeah, I actually started and got a lot of work done. Then it hit this point where it felt like it had no intention, in a bad way, like an afterthought. Due to Covid, I wasn’t able to work with a handful of artists who I had planned on working with and it all started feeling more like a chore rather than a project. It’ll happen someday soon.
You’re a very multifaceted artist. From bandleader, recording engineer, producer, composer, songwriter and commercial licensing guru. How did this all come to fruition?
Thank you, I just work really hard (laughs). I think it all starts with my connection to sound and image and my passion to somehow be involved with it. I also learned a lot out of necessity. I had to figure out how to do a lot on my own as an independent artist. Luckily, it’s creative and right and wrong are more subjective… It’s all about the storytelling. I love diving into as many projects as possible when it comes to storytelling. Everyone has a story. 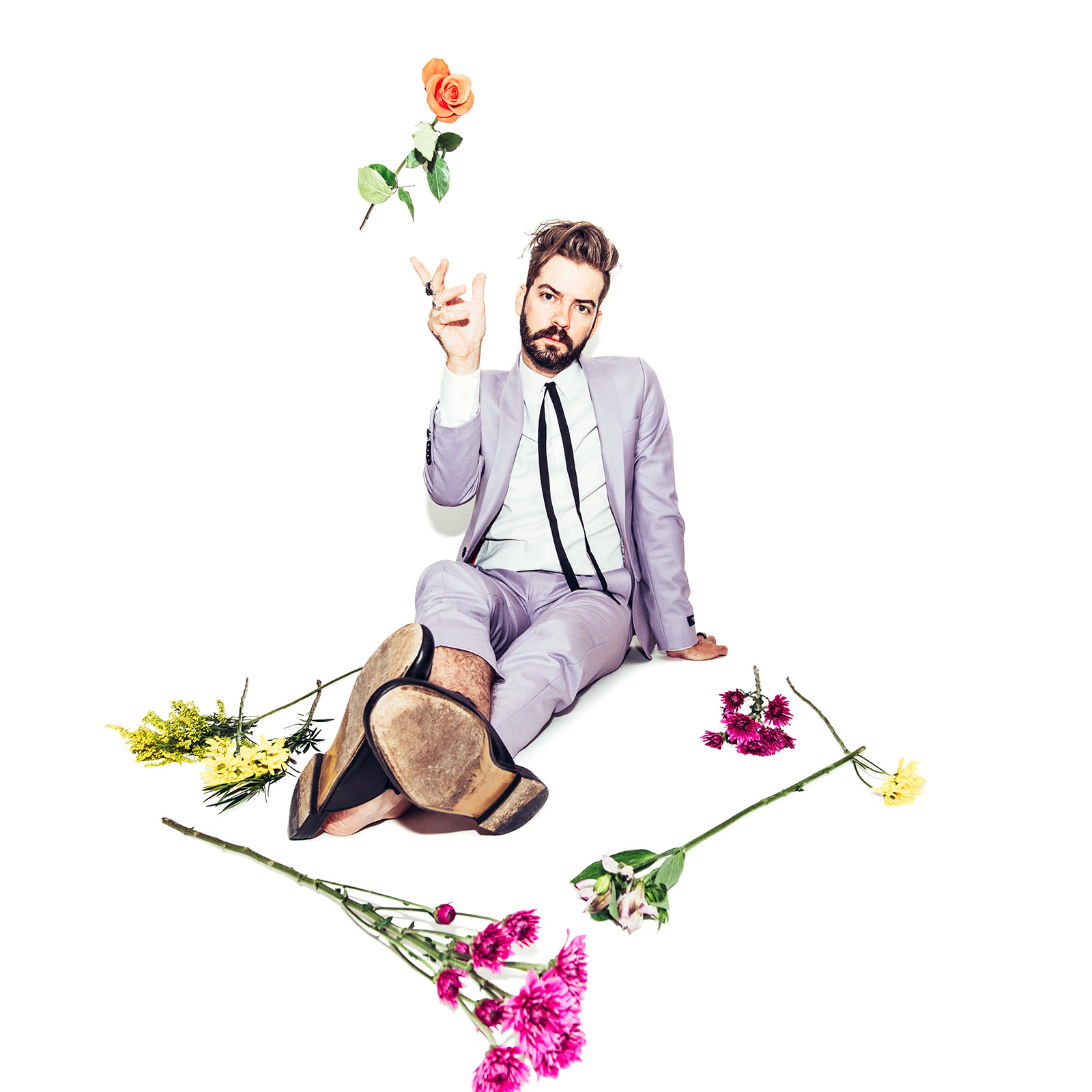 Licensing in the music industry can be really lucrative. Why do you think this knowledge is an important one to have?
It’s a big part of the industry that often gets less credit than it deserves. I think it’s an important element that helps artists determine the worth of their work and their intention, especially early on. As soon as someone is willing to pay for your work, you are able to set the price. That helps with confidence, credibility, intention, etc. It can also be a really great way to connect and collaborate.
You mix songs for commercial use quite often. How does this differ from your usual South of France sound?
Most of the time I’m carving out space, time-aligning and polishing all of the audio when I’m working on commercial music. With South of France, I’m usually trying to jam every space full of unpolished sound (laughs). It’s pretty sonically dense and pretty imperfectly performed and mixed… It feels human.
How do you think the availability of music is shaping the modern human being?
It’s amazing. More music is being consumed now than ever. It’s everywhere. There are more opportunities for artists now than ever. It’s easier now than ever to constantly create and distribute. Ultimately, the easy availability of music is lowering the barrier to entry and creating a lot of opportunities that hopefully contributes to more creation.
What is your favourite instrument to play, and how do you think it elevates your music?
My favourite instrument is the electric guitar. The guitar is the most comfortable place for me to just get ideas going. I can write so many parts with the guitar that might later get turned into synths or vocals.
How do you first approach a new project? When working on a music project, how do the melodies come to you?
I’m always recording little demos, voice memos, samples etc., that I put in a folder. I’ll usually start going through those until I hear something that I know what to do with. Something where all of the melodies and ideas just start coming at once naturally. Then, I usually write the whole melody first, start arranging everything, and then writing and editing and more writing and editing.
Your single Comme ça was featured on the Netflix show BoJack Horseman, how did that come about? How was to hear your song on such an influential show?
That was so cool! I love that show and they do such a great job with the music. I was really flattered that they wanted to use my song in that segment and to be connected to the show.
Are there any other productions you would love your music to be featured on?
Anything! I’d love for people to use my music wherever it helps tell their story. To me, that’s the coolest thing about music.