From portraits to starlings 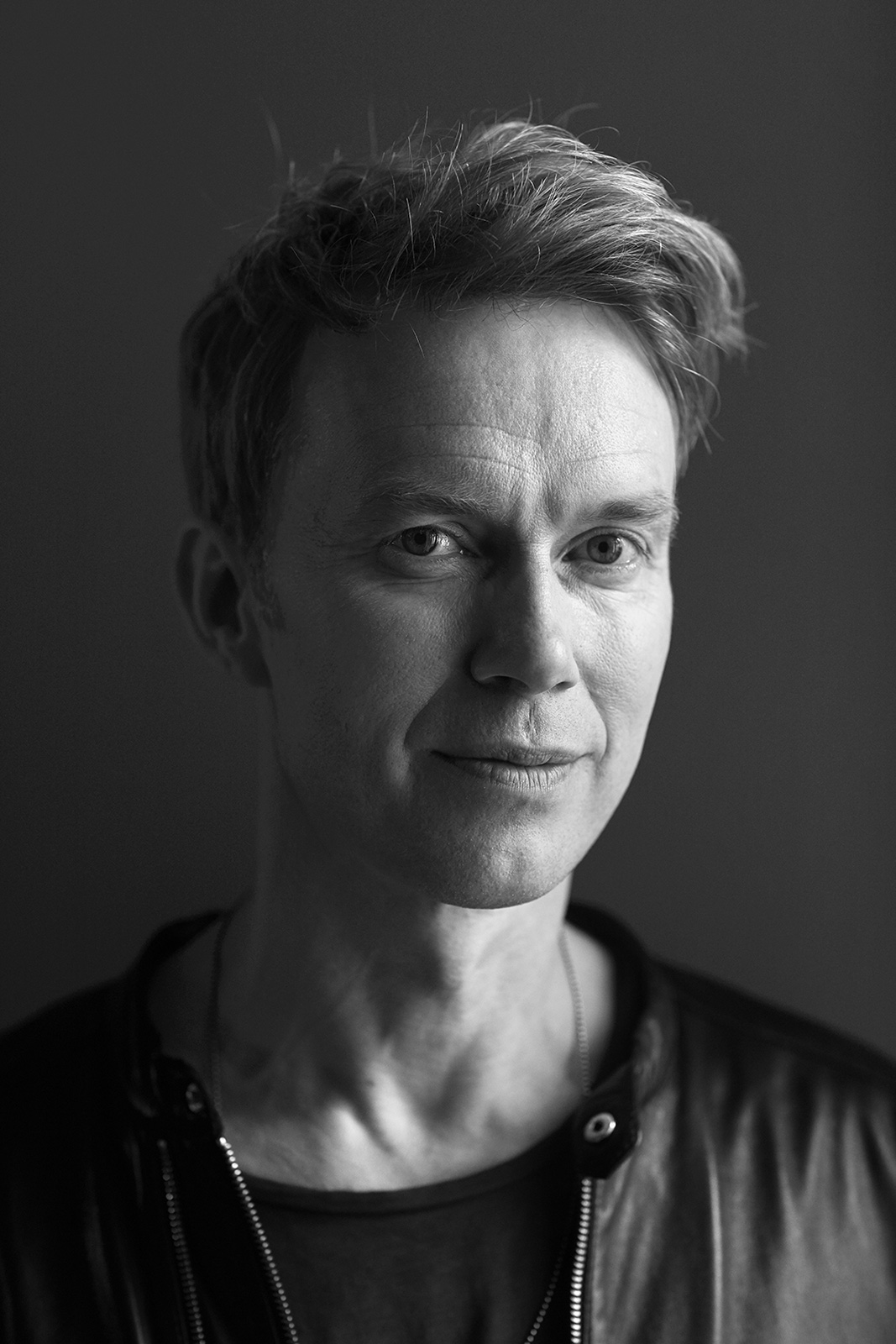 The edifice of divinity enshrines itself over Søren Solkær’s aesthetics, mediums, and energies – the entrance of a modernist creativity he more than welcomes with open arms. As he taps into the well of influences he has in his arsenal – from the mindfulness of a yogi to the flock of starlings in the purple-tinted sky – he plugs and syncs his fascination, intuition, and happenstances into his portraiture and subjects. His congruence with his inner state trespasses each imagery he captures, testifying to the creative wonderment his passion has endowed him. As he strips the layers of his narratives for the interview, Søren Solkær ascends from the being he found himself in before and into the transitions he has hopped onto.
Circling back to when you devoted yourself to photography, how did the medium explore a version of you?
I came to photography relatively late in my life. After high school, I went travelling for 18 months. Despite a very tight travel budget, I bought my first SLR camera and had to live on rice and bananas for a while. The camera became my key to meeting the world. I would explore places that I would not have had the guts to enter, and approach strangers that my young shy self would not have dared to confront without a camera around my neck.
How do you investigate the ideas you form for your projects?
My formal and stylistic influences come from painting, cinema, and literature, and most of my projects are investigations of themes I am passionate about, or rediscoveries of things I was interested in during my childhood and youth. They allow me to go in depth with anything that resonates with me at a given time. 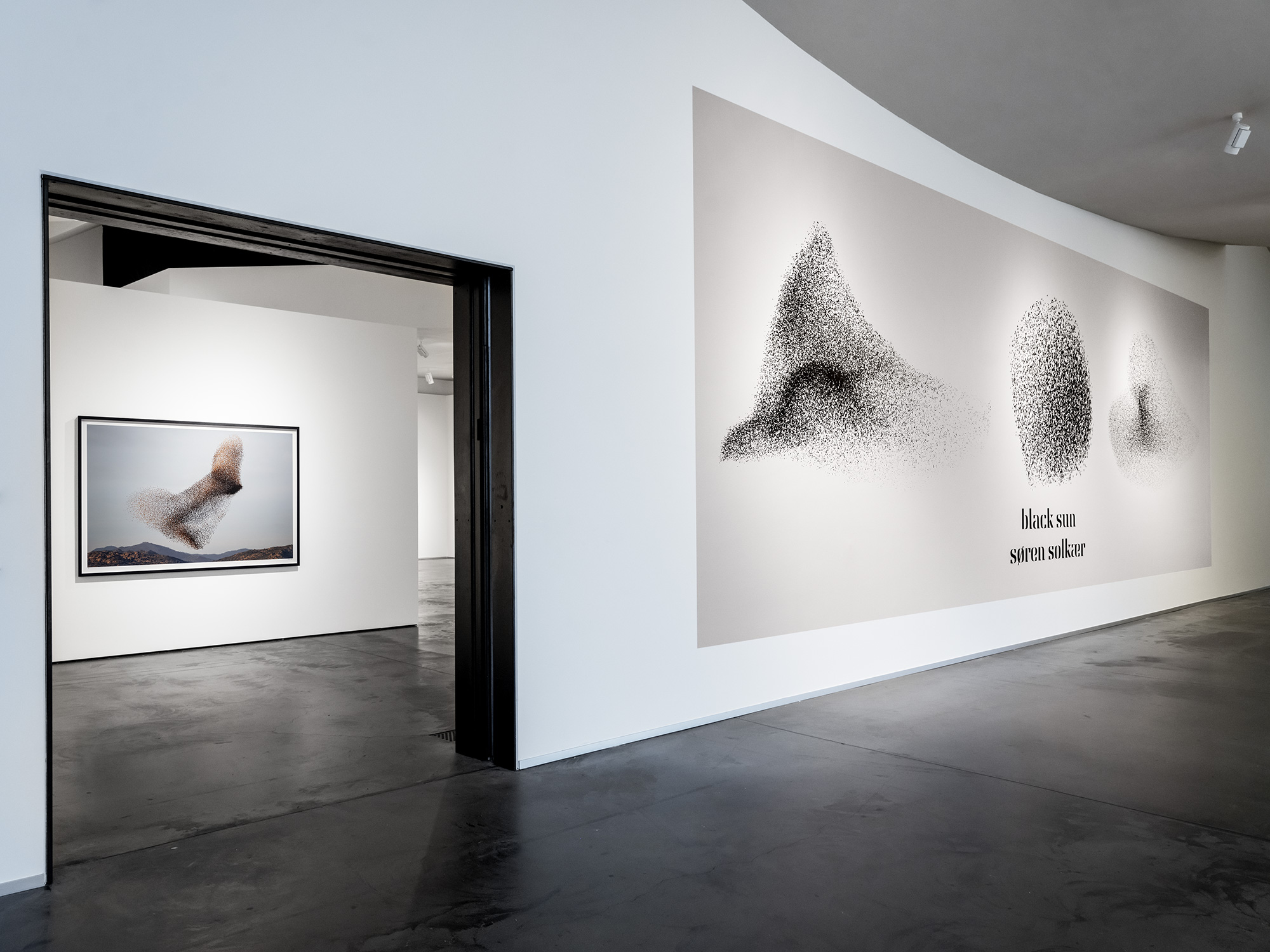 You’ve been photographing musicians and photographers since the late nineties. How does self-portraiture mirror your self-vision and creativity in photography?
I have always been drawn to photographing creative people. Portraiture has always been a collaborative effort for me, and I love creating something with others. Sometimes, the collaboration is creative – other times more on an energy level. I have really enjoyed collaborations where you can feel the energy and the creative touch of both photographer and subject in the final work. Some good examples of this would be my work with The White Stripes, Björk and Spanish street artist Borondo.
As a photographer, you need to work with your subjects. In what way does spirituality sustain your inner state and transmit its energies into what and who you capture?
I believe that my own inner state has a strong influence on the energy of my subject. For 10 years, starting in the late nineties, I photographed meditating yogis on a mountain top in Rajasthan, (India). Prior to taking the portraits, I meditated with the yogis and took them whilst we were both in meditation. The resulting images transmit a strong spiritual energy. This was an experience that I brought with me to my portraits of cultural personalities in the West. I always try to inspire trust and be on a high energy level prior to a shoot.
How would you describe the ‘perfect timing?’ How do you know if the portraits are ready or if you have taken a great shot?
That is all a question of gut feeling and experience. I used to be more unsure when I was starting out. These days I feel very sure when I know I have got it. Of course, digital photography has also helped this process. Back in the analogue days you had to trust your process more. 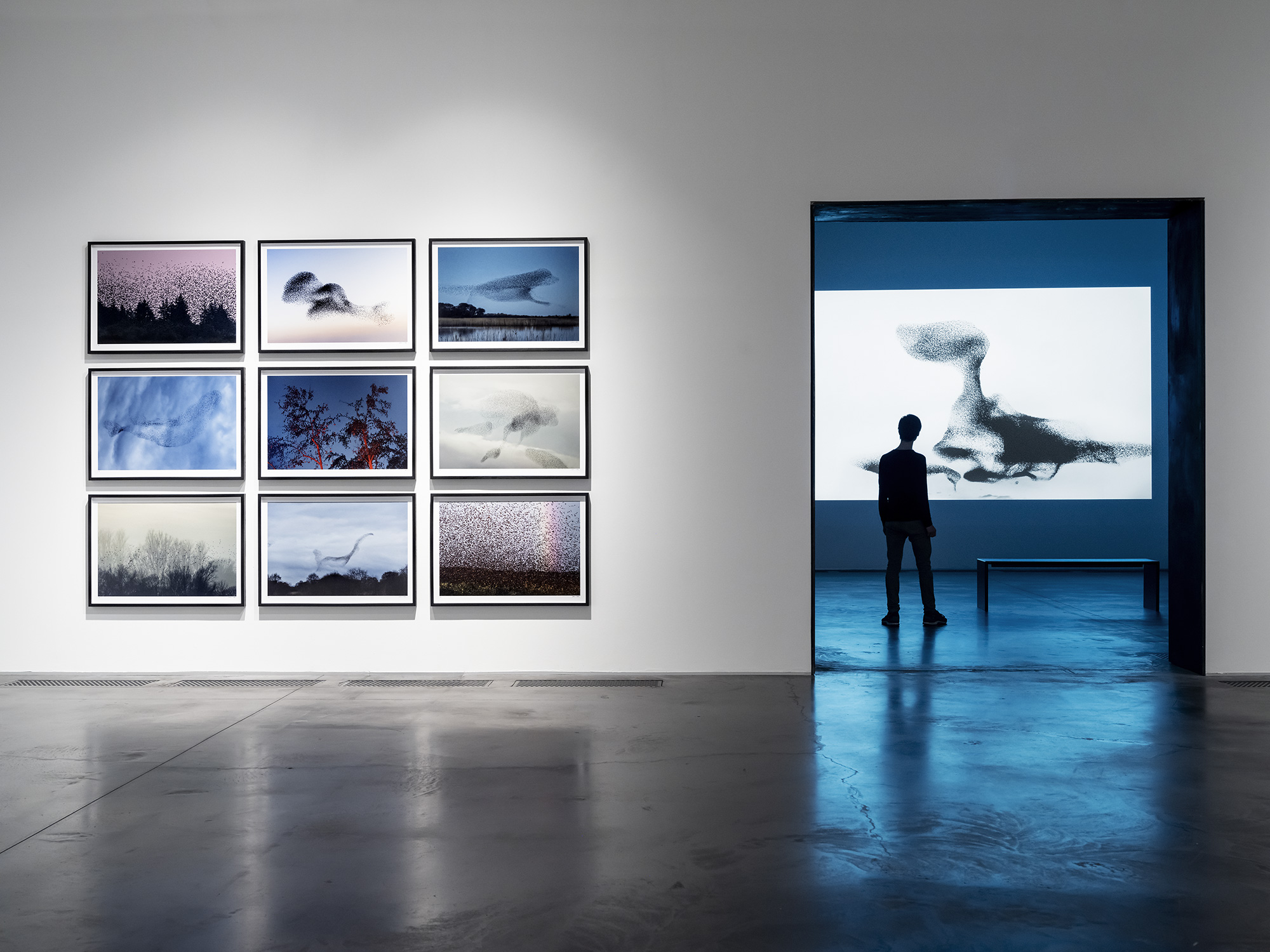 There is a dreamy and nostalgic sense to your photographs. When one looks at them, they may feel that the subjects are human beings in their sanctuary. Have you always wanted to evoke such sensations?
I think a portrait expresses the subject and the photographer. I am trying to evoke how I feel inside – whether I photograph a yogi, an actor, or a swarm of birds. I am hoping that the feelings I transmit through my photographs exceed my personal life and take on a universal energy that any human being can relate to.
When did your transition from taking portraits to capturing the landscape and nature occur? Was this shift inevitable? What was your turning point?
In 2017, I was working on a 25-year retrospective portrait book and exhibition at Frederiksborg Castle, The National Portrait gallery in Denmark. I was going through all my portraits for a year and decided that I wanted to do a new project that was not about portraiture.
The first thing that came to my mind was an image of a big flock of starlings I had seen flying in intriguing formations as a 10 year old. I decided to go to the Wadden Sea on the Danish West Coast where starling murmuration takes place in spring and fall. Initially, it was all about practicalities like locating the birds and learning about their behavior. On the seventh night I was there, I witnessed a large flock of starlings getting attacked by a peregrine falcon. The shapes and formations the flock created, in order to scare off the attacking bird of prey, blew my mind. Beautiful, dramatic, and resembling a Japanese ink drawing or a piece of calligraphy.
For the next 2 years, I spent my time in that area whenever the birds were there. After the second year, I started following the birds as they migrated South and West, and thus expanded the project to five other countries: Germany, The Netherlands, Italy, Spain, and the United Kingdom.
Why did you come up with the name Black Sun for your recent project? How does it relate to the photographs?
Black Sun is a literal translation of the name used for a starling murmuration in Danish. It refers to a phenomenon when hundreds of thousands of starlings cover the sky and the sun and block out the sunlight. It can be a very dramatic experience to witness. 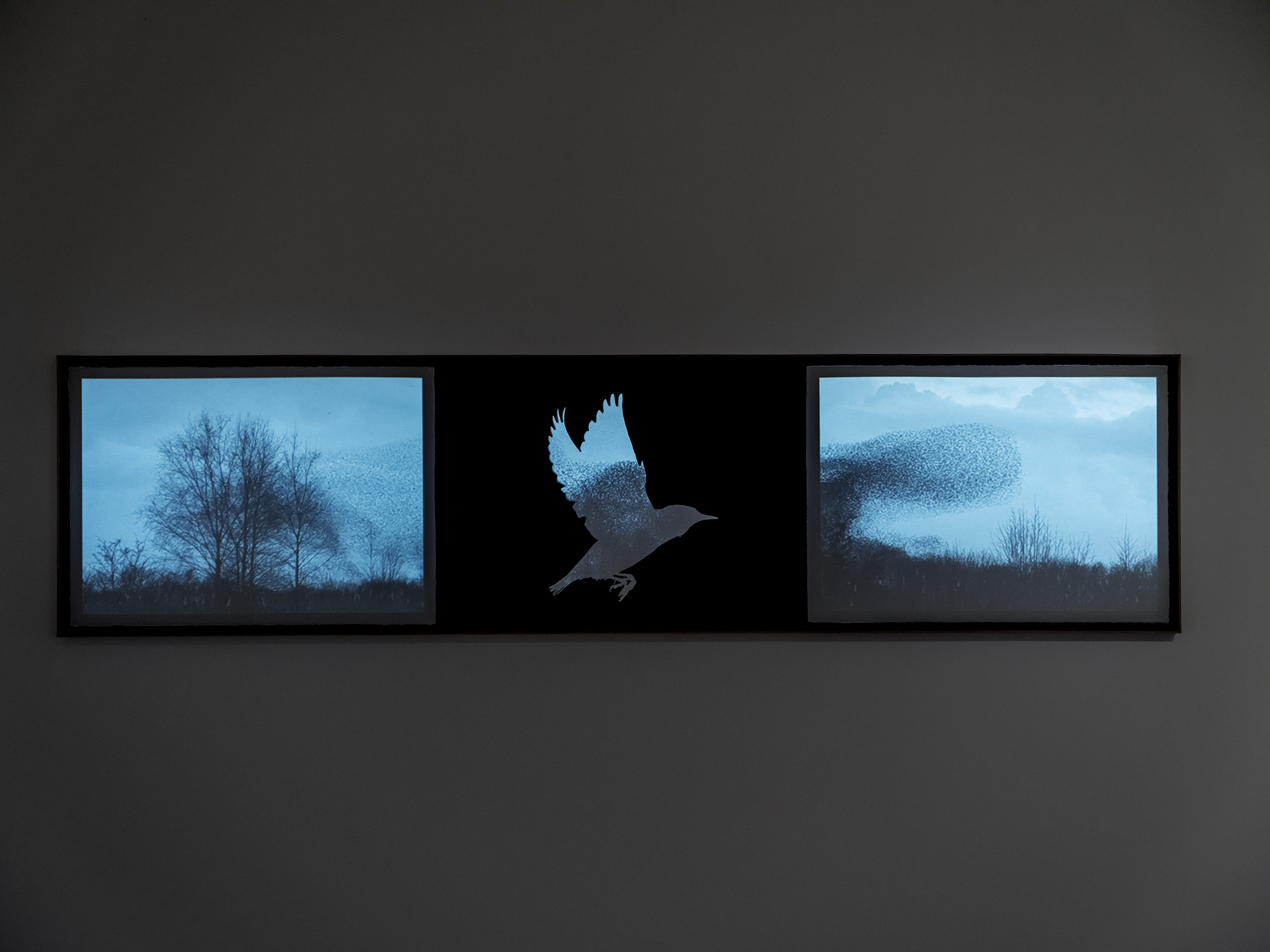 How did you prepare for this project? What challenges did you have to conquer in photographing the scenery?
I used social media a lot to track down the birds. I followed various starling hashtags and would then get in contact with people who photograph starlings across Europe. Sometimes, I would see an image from a foreign country one day and be in the same spot the next evening. One of the hardest technical aspects of this project has been the fact that a lot of the action happens in very low light making it very hard to photograph in high quality.
How long did it take you to fulfill the anthology?
I have been photographing starlings for 4 years to finalise the Black Sun book, but I am not done yet. I am still deeply fascinated and feel like I have a lot more to discover
Are there any themes in photography that you would like to venture into? Why?
I will generally focus on nature and spirituality in my future work. That feels right at this point in my life. Next trip will be to Catalonia this summer to try to capture fireflies, and hopefully a trip to Bhutan to photograph monks and nature. 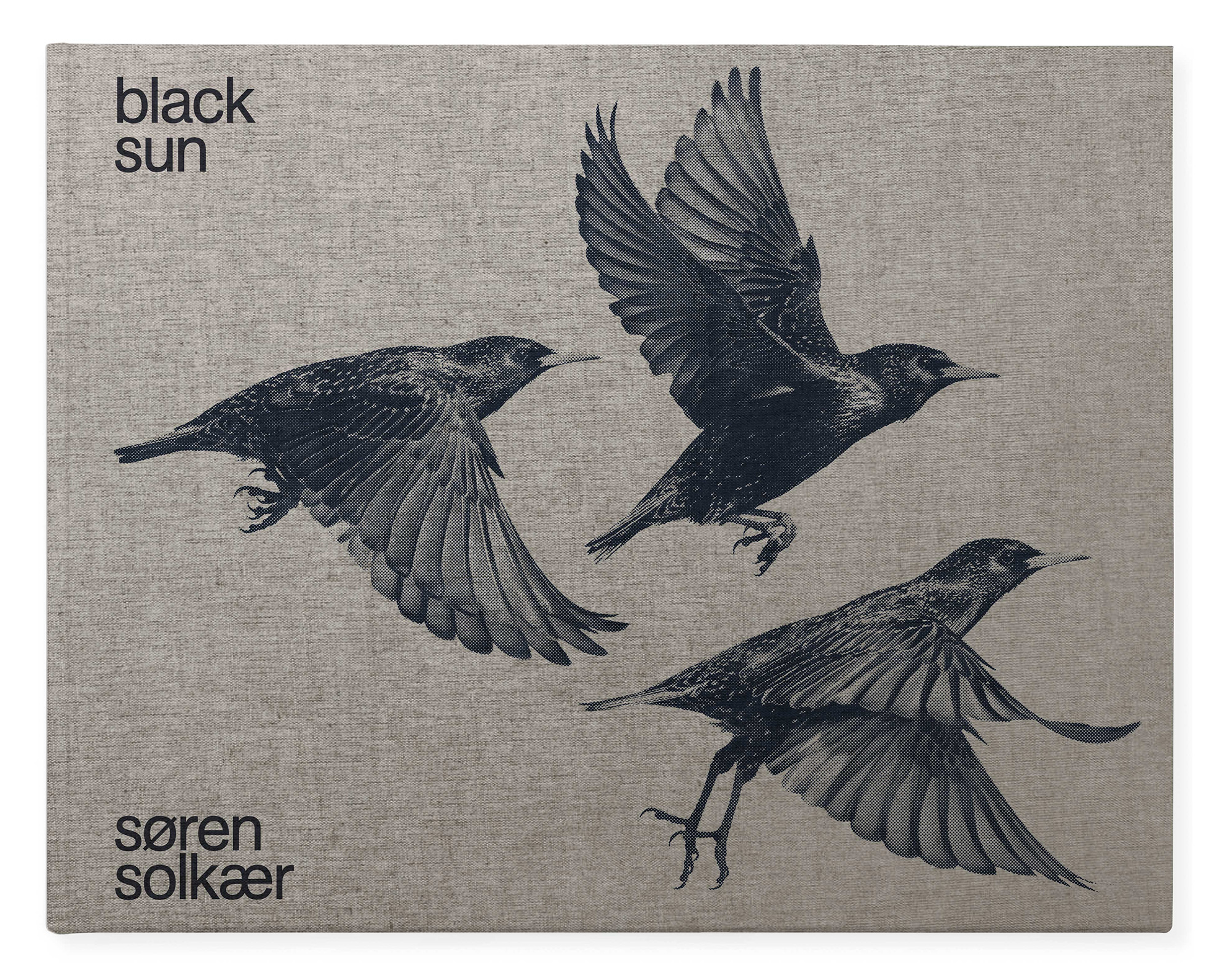 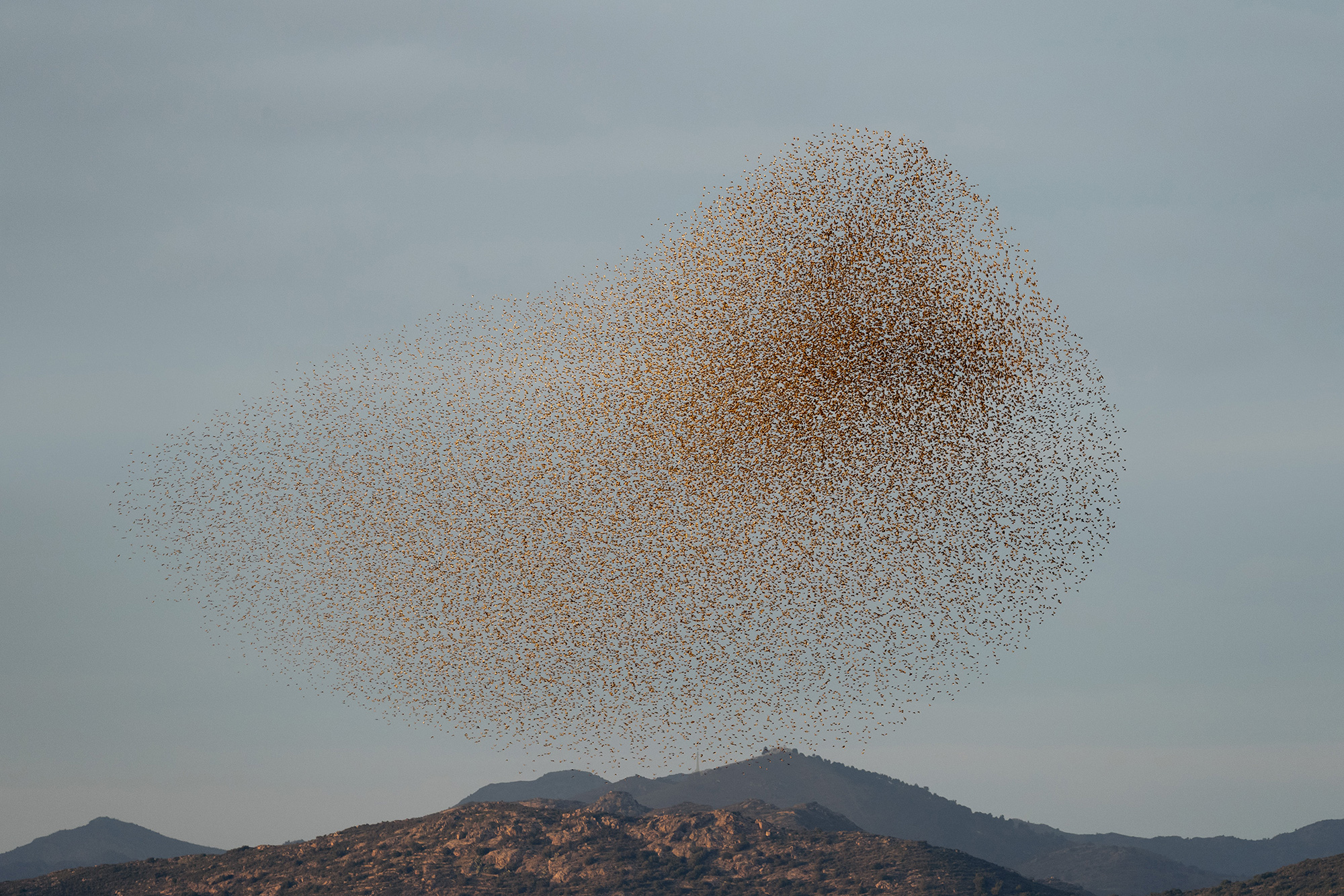 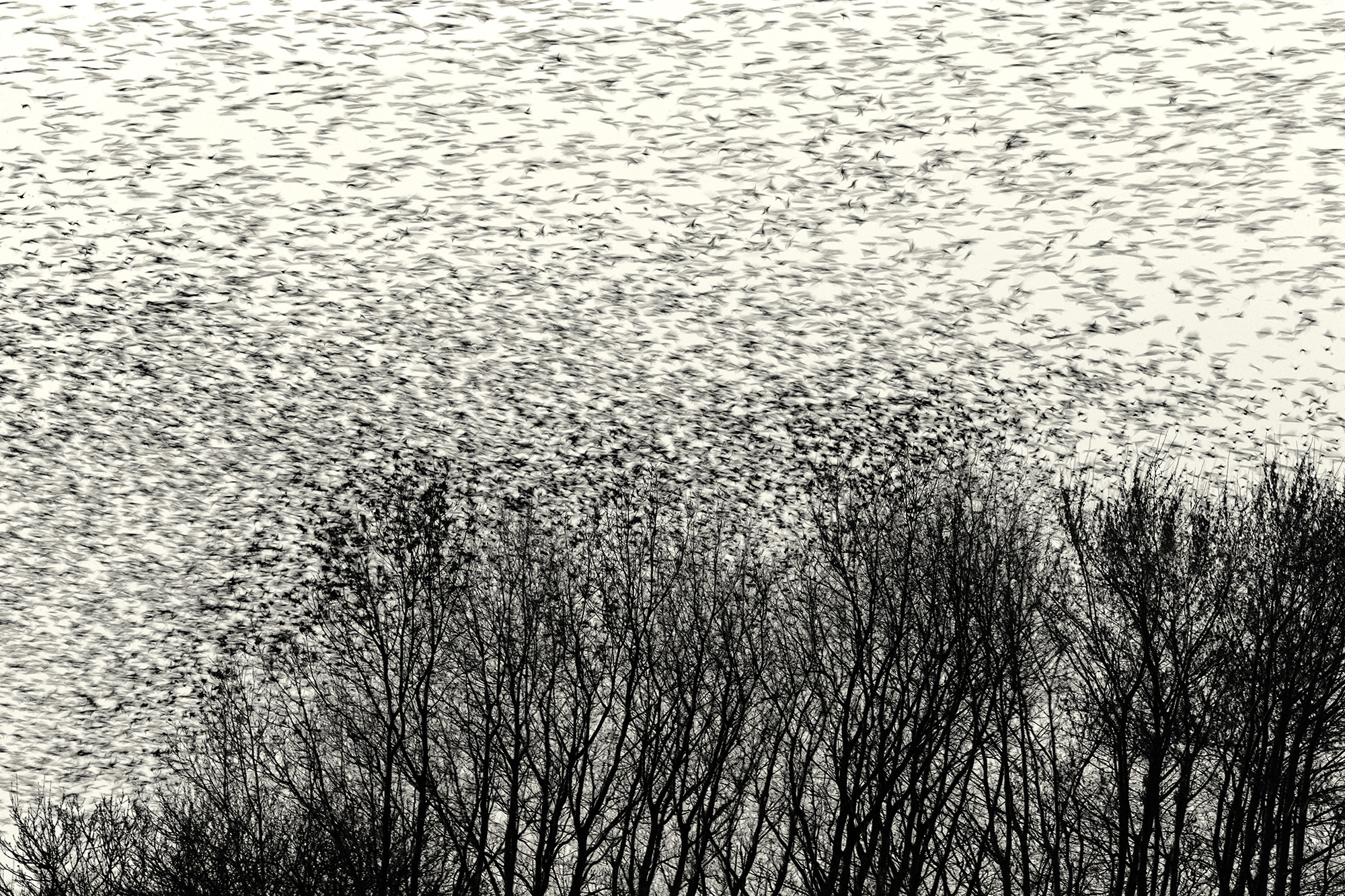 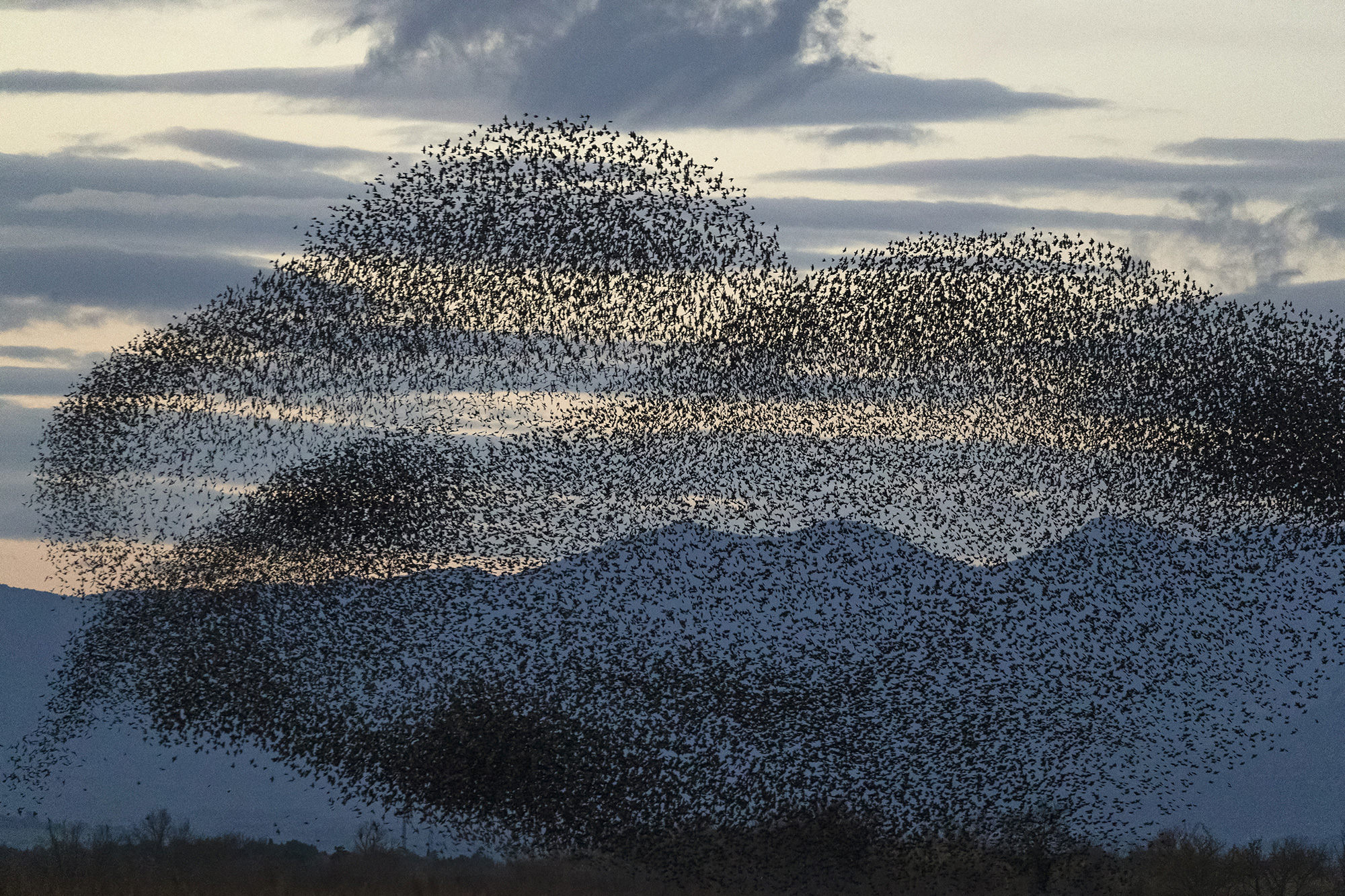 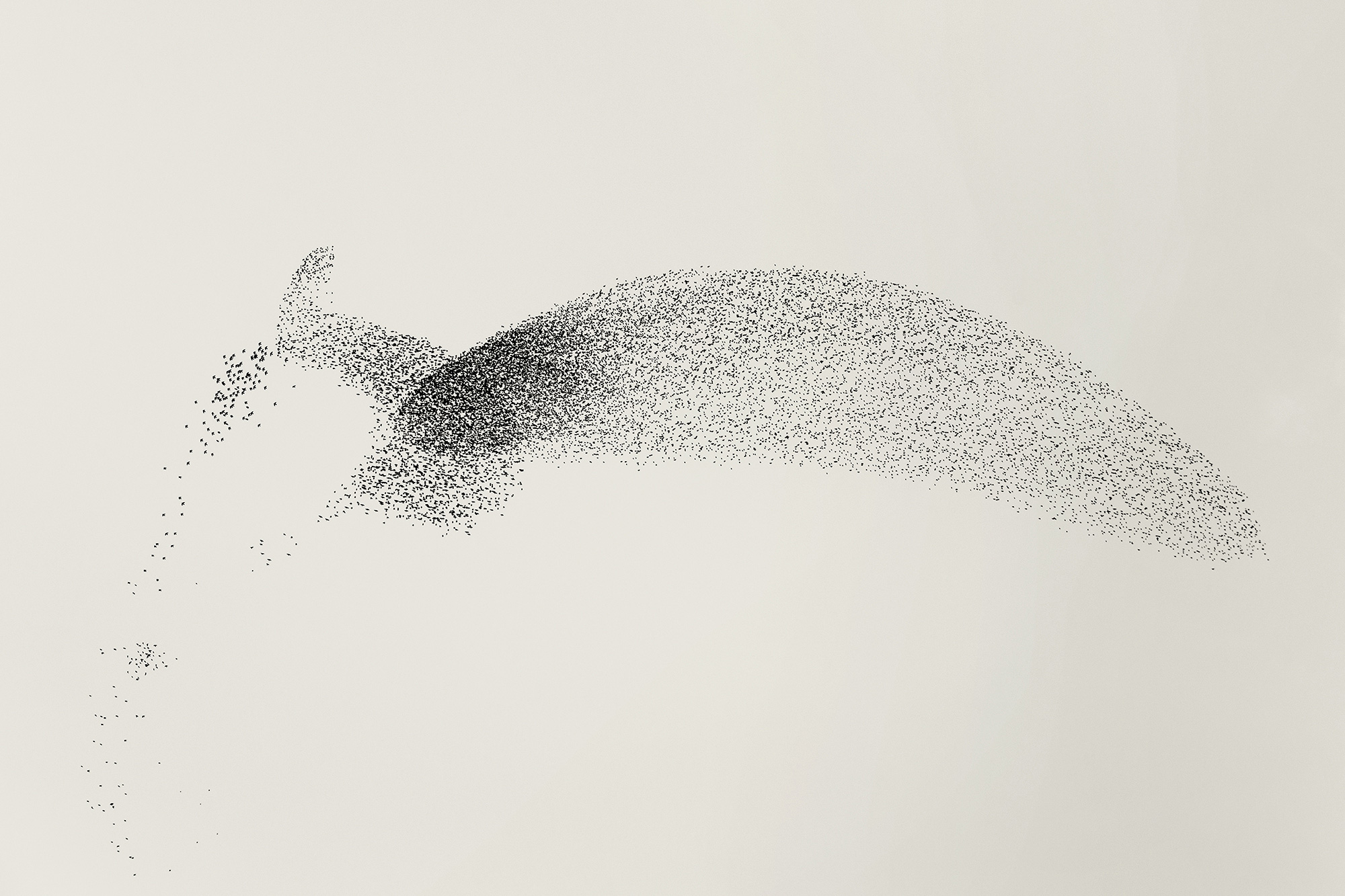 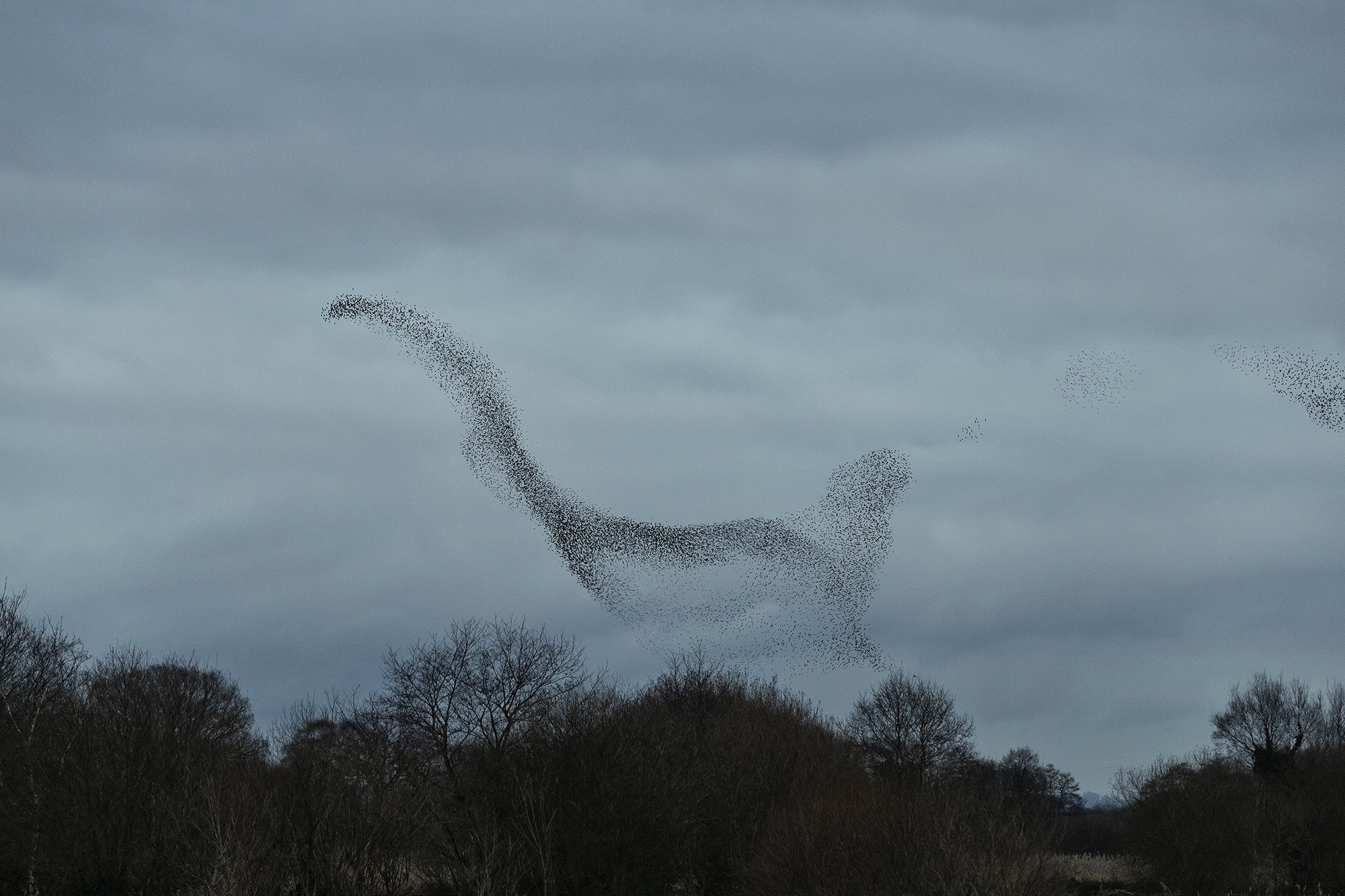 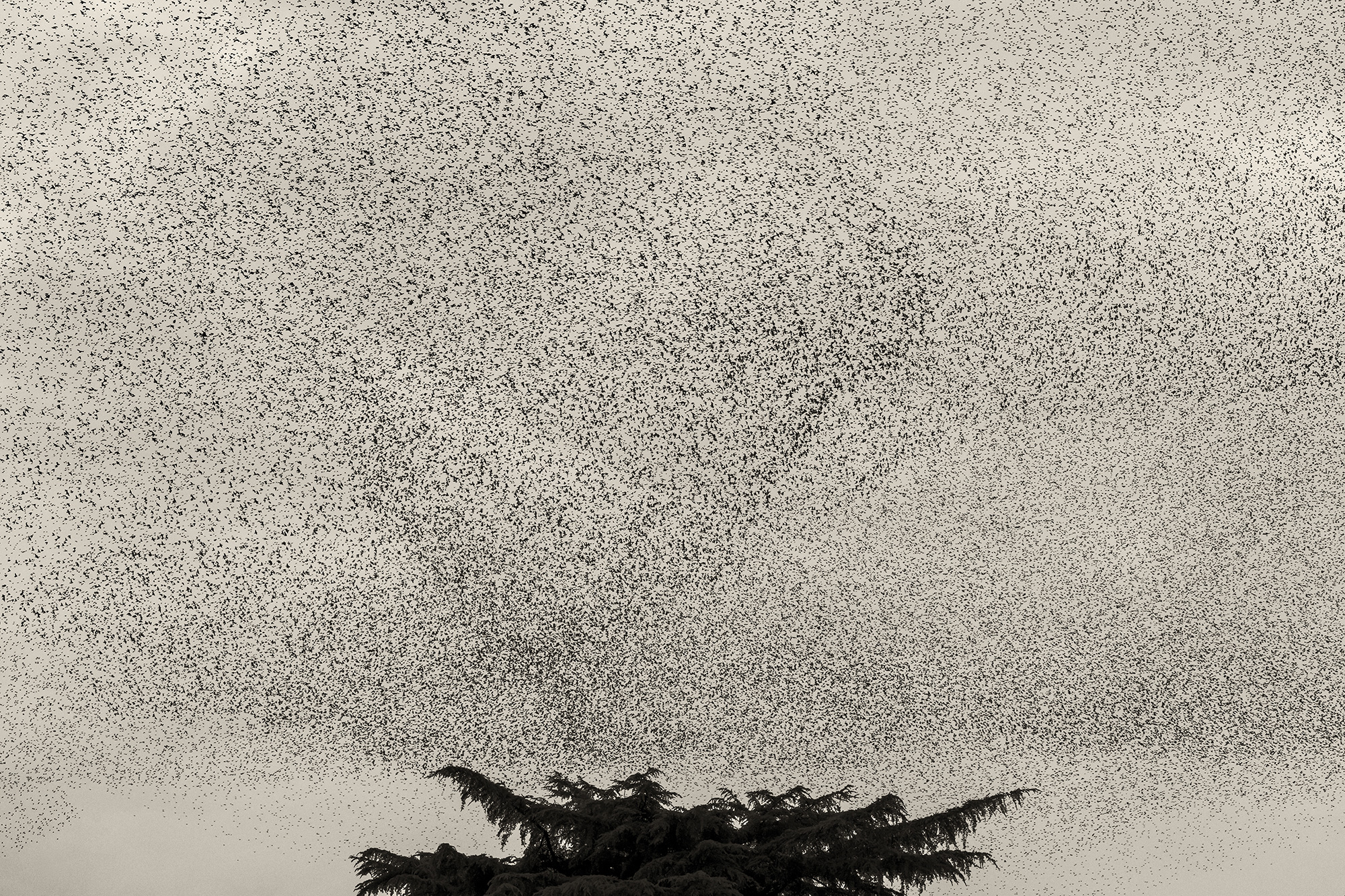 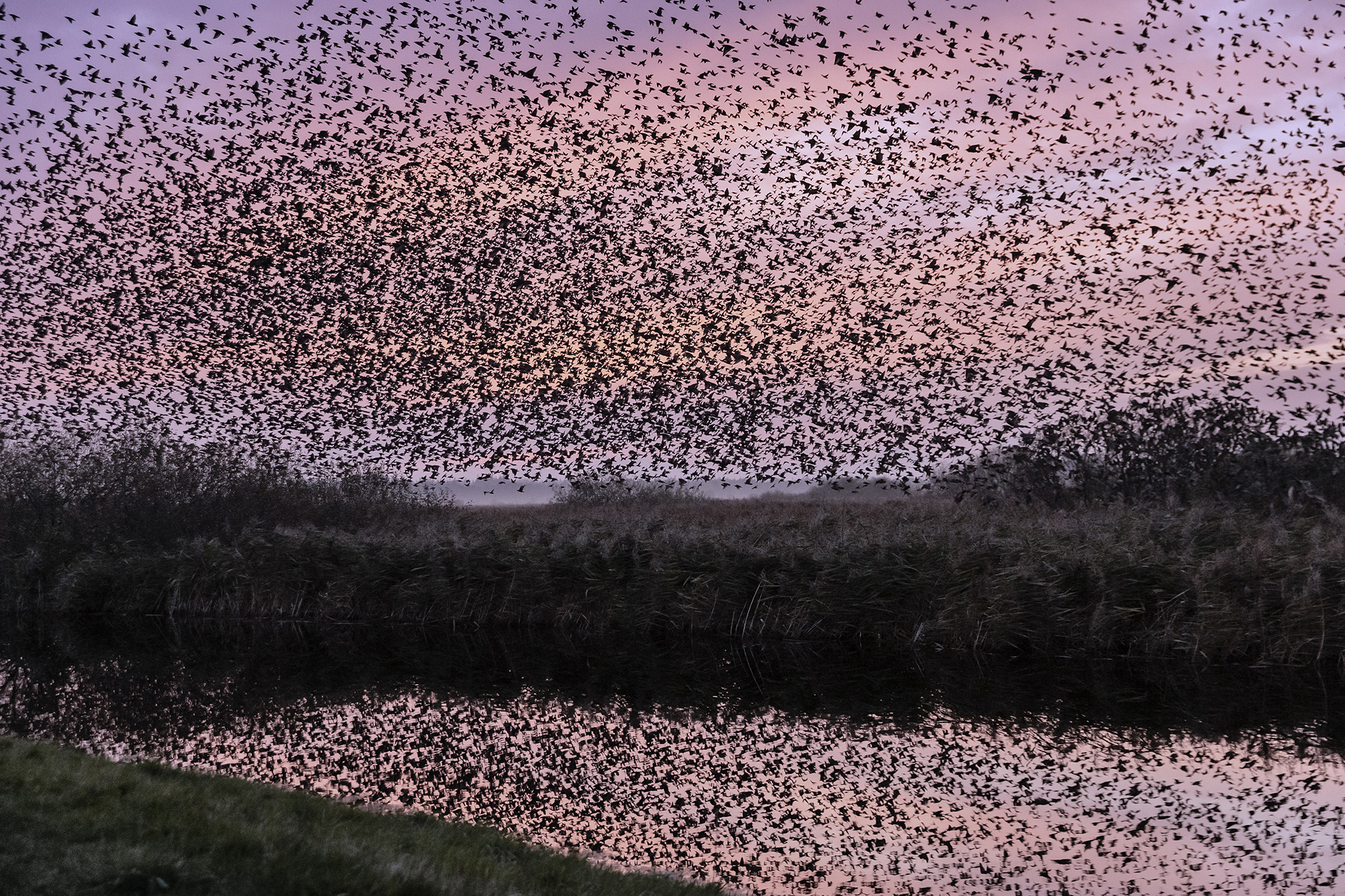 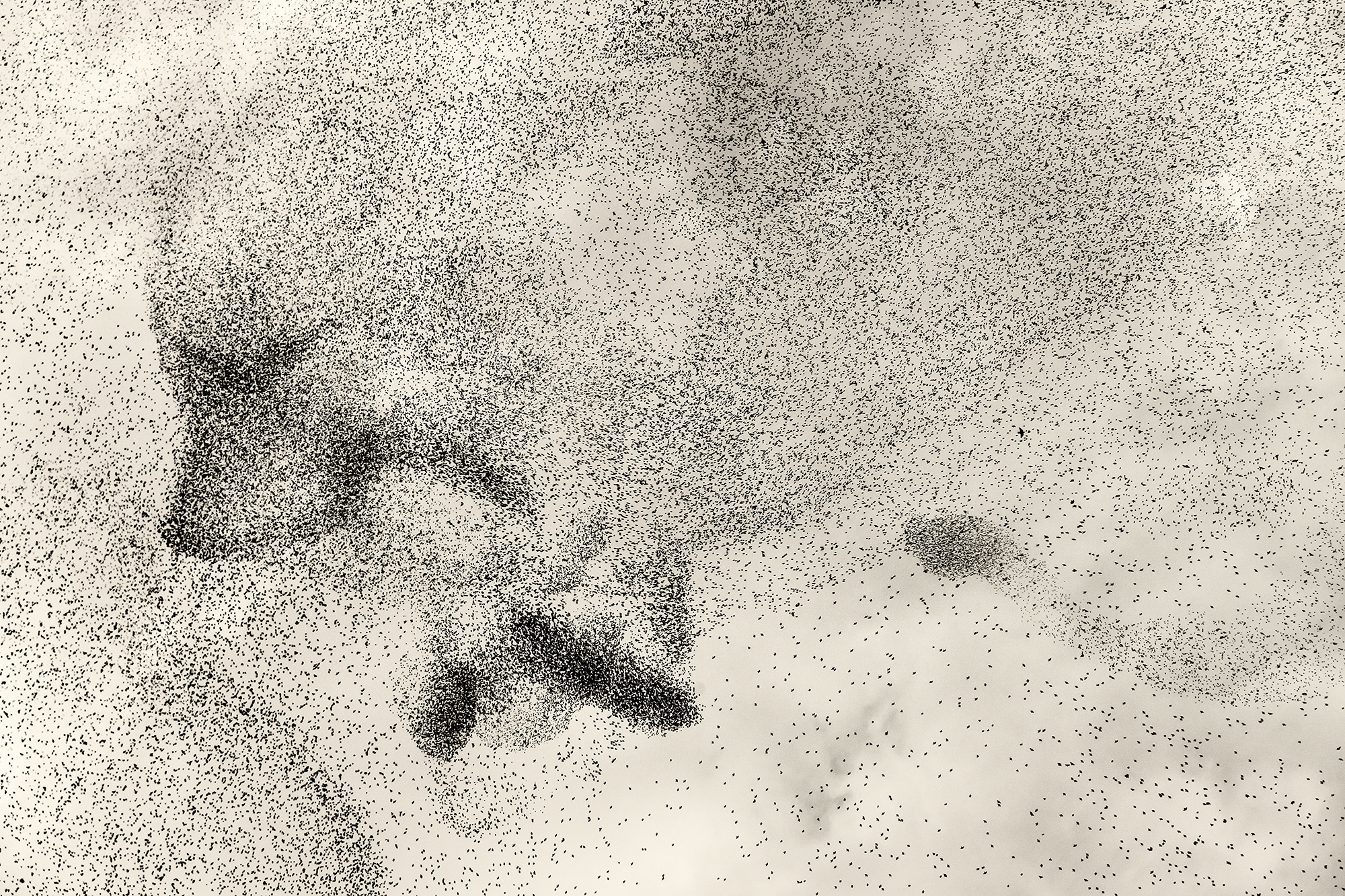 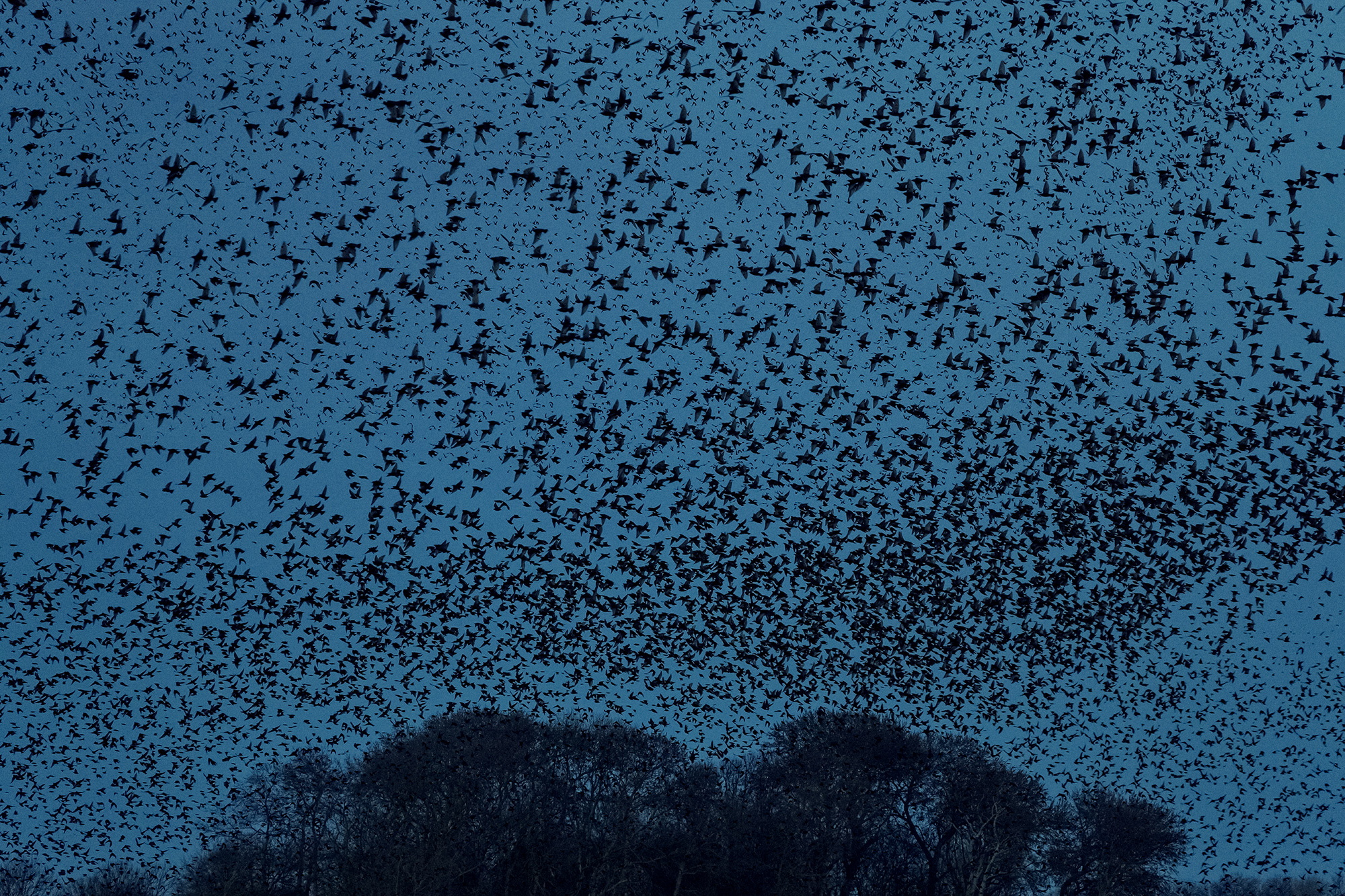 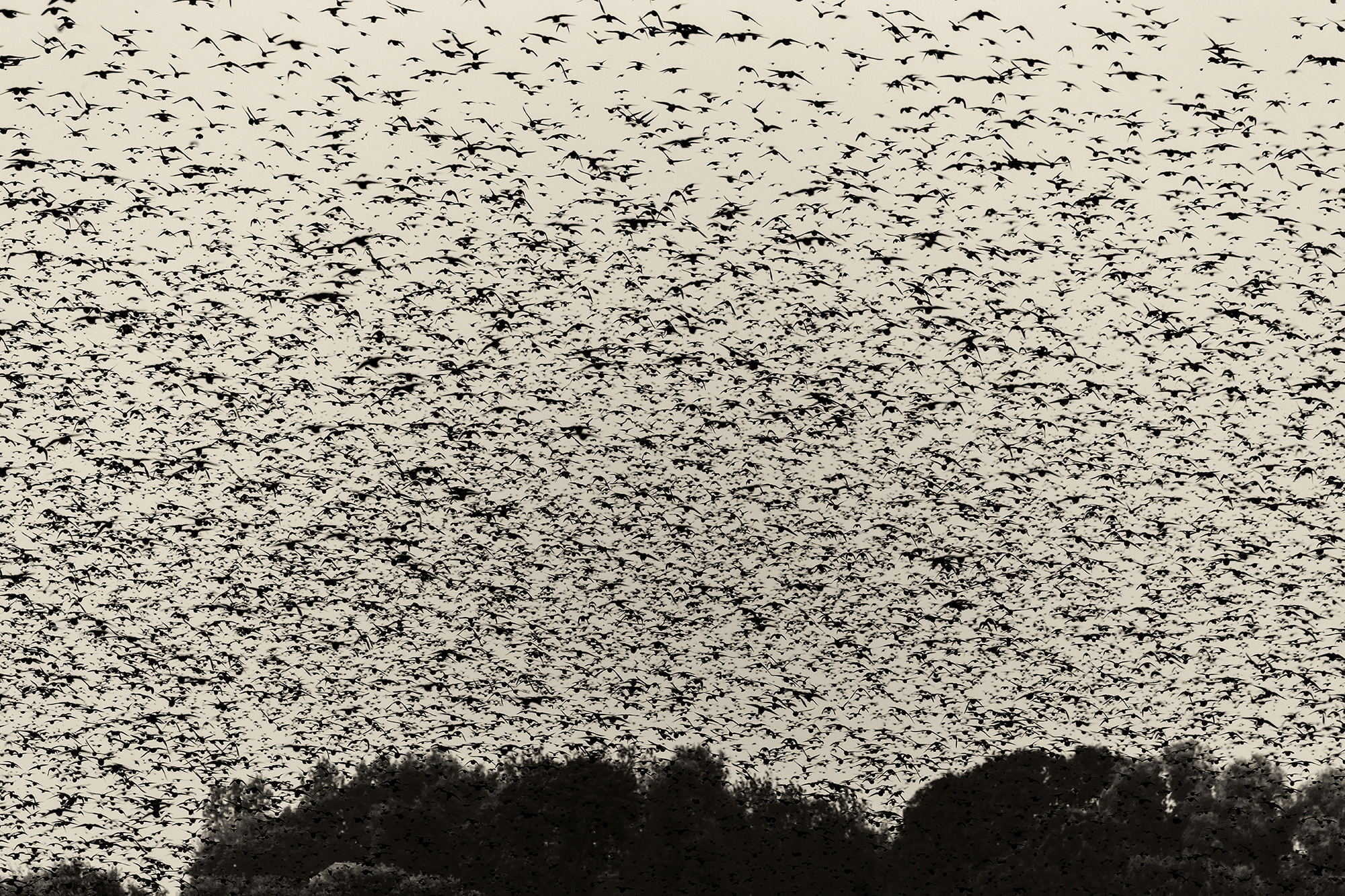 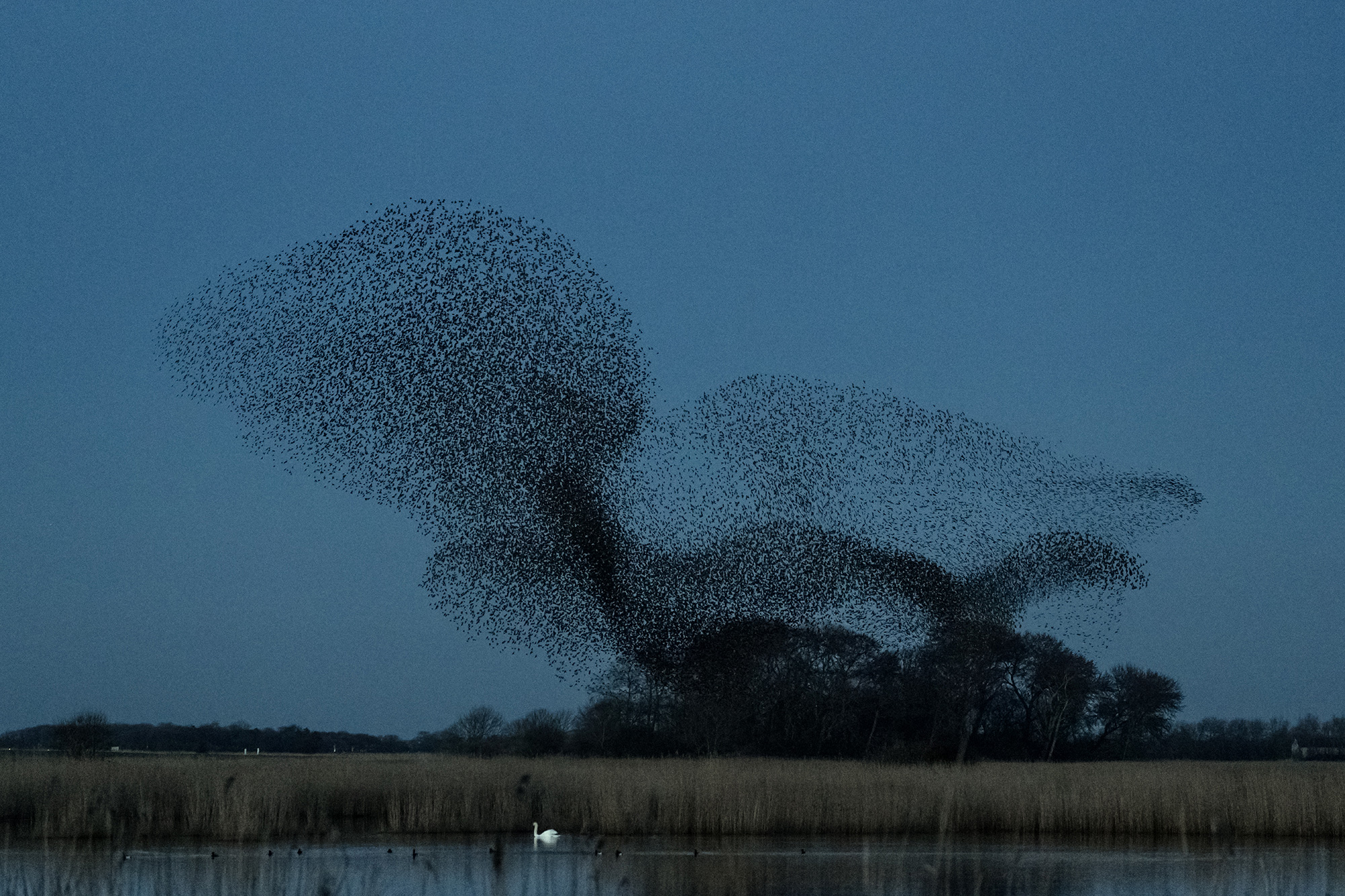 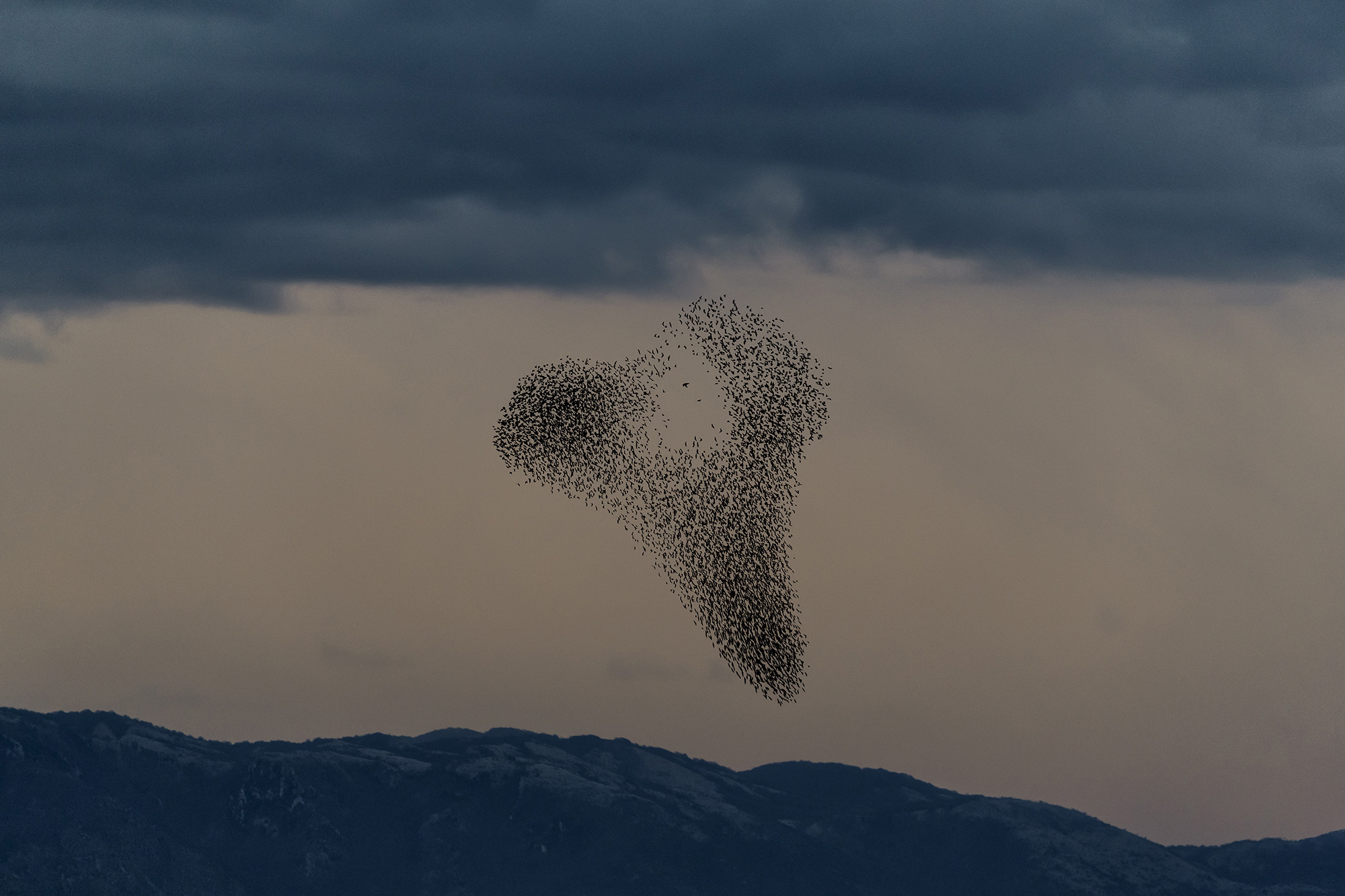 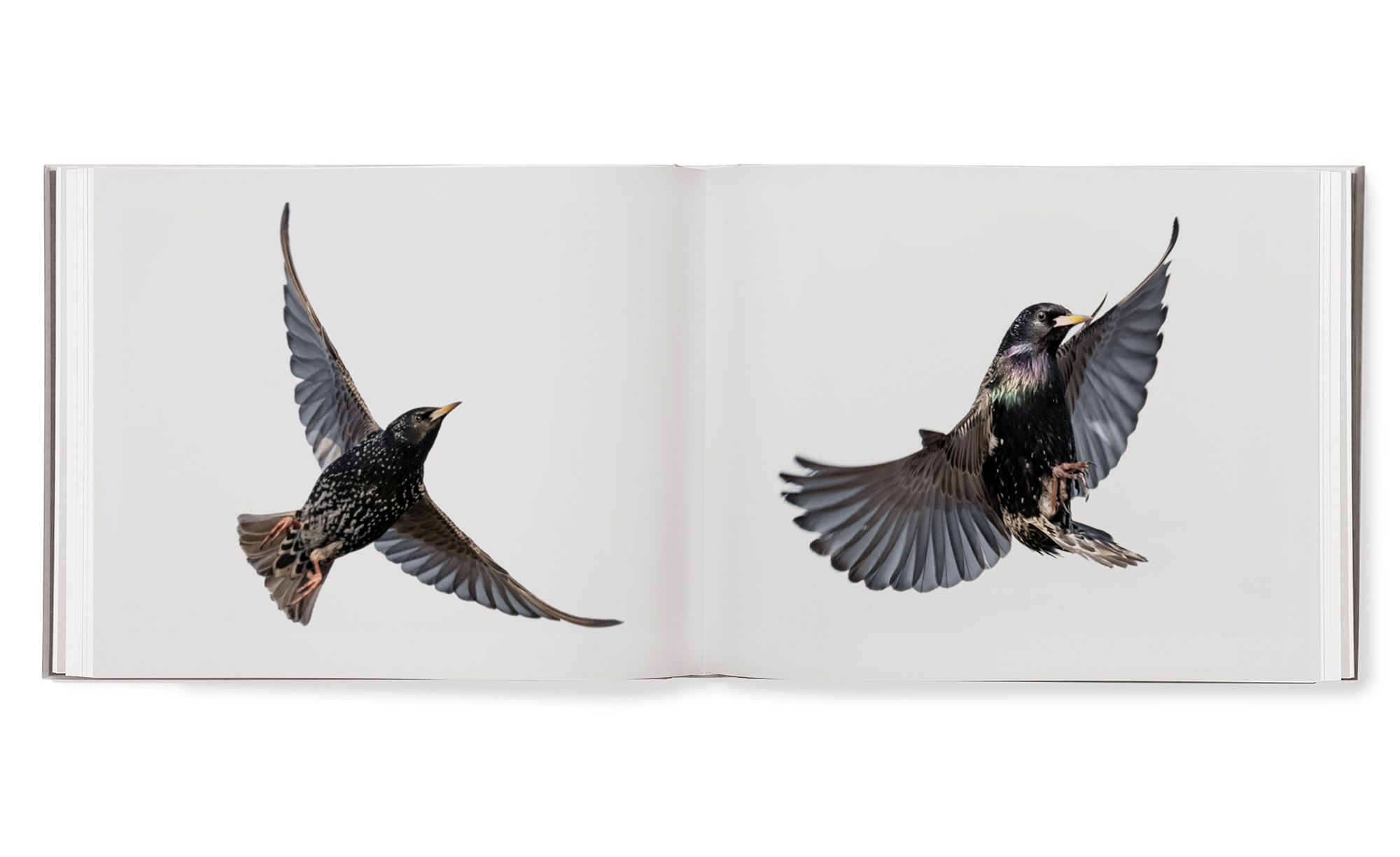 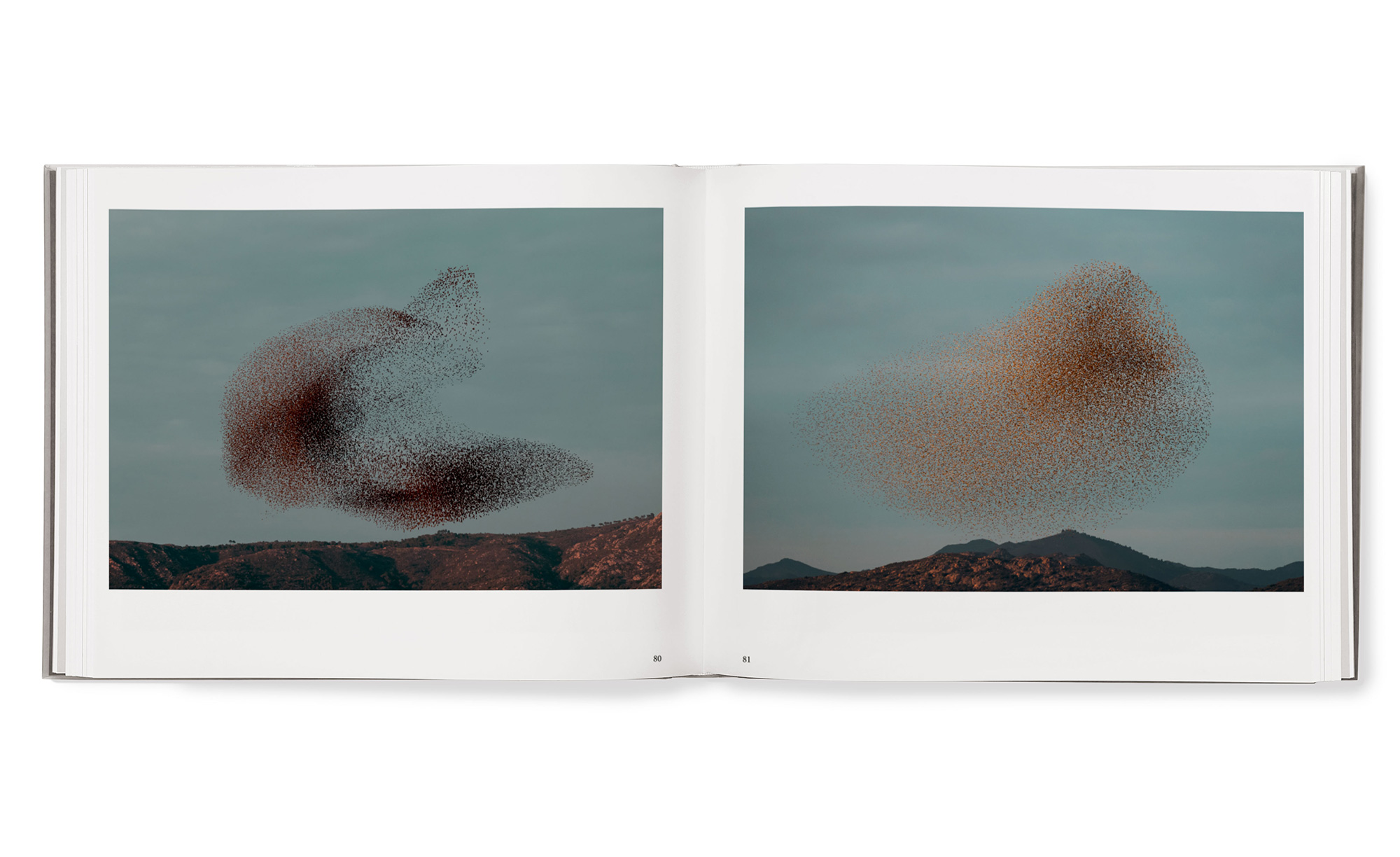 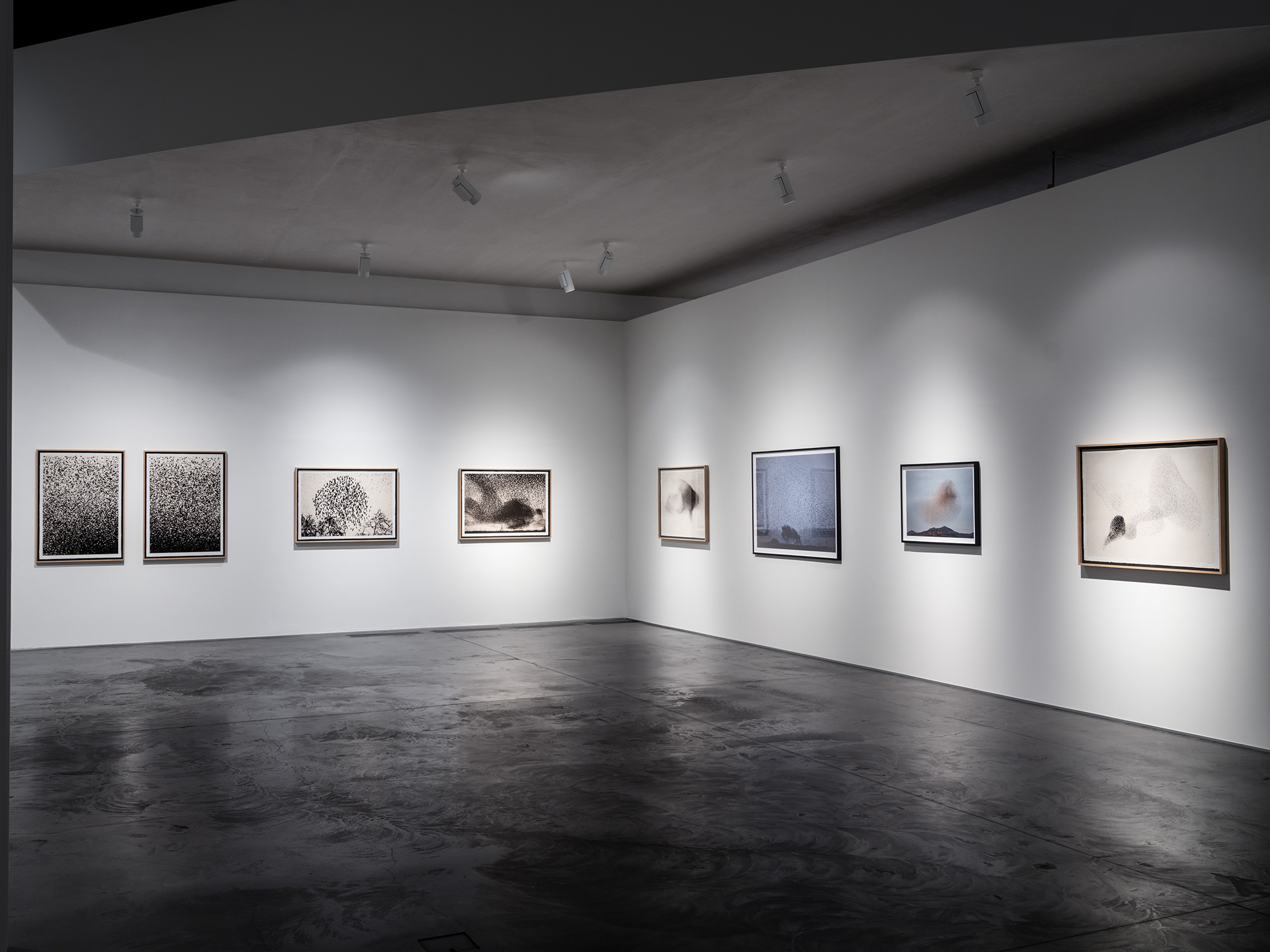