Stepping through the portal 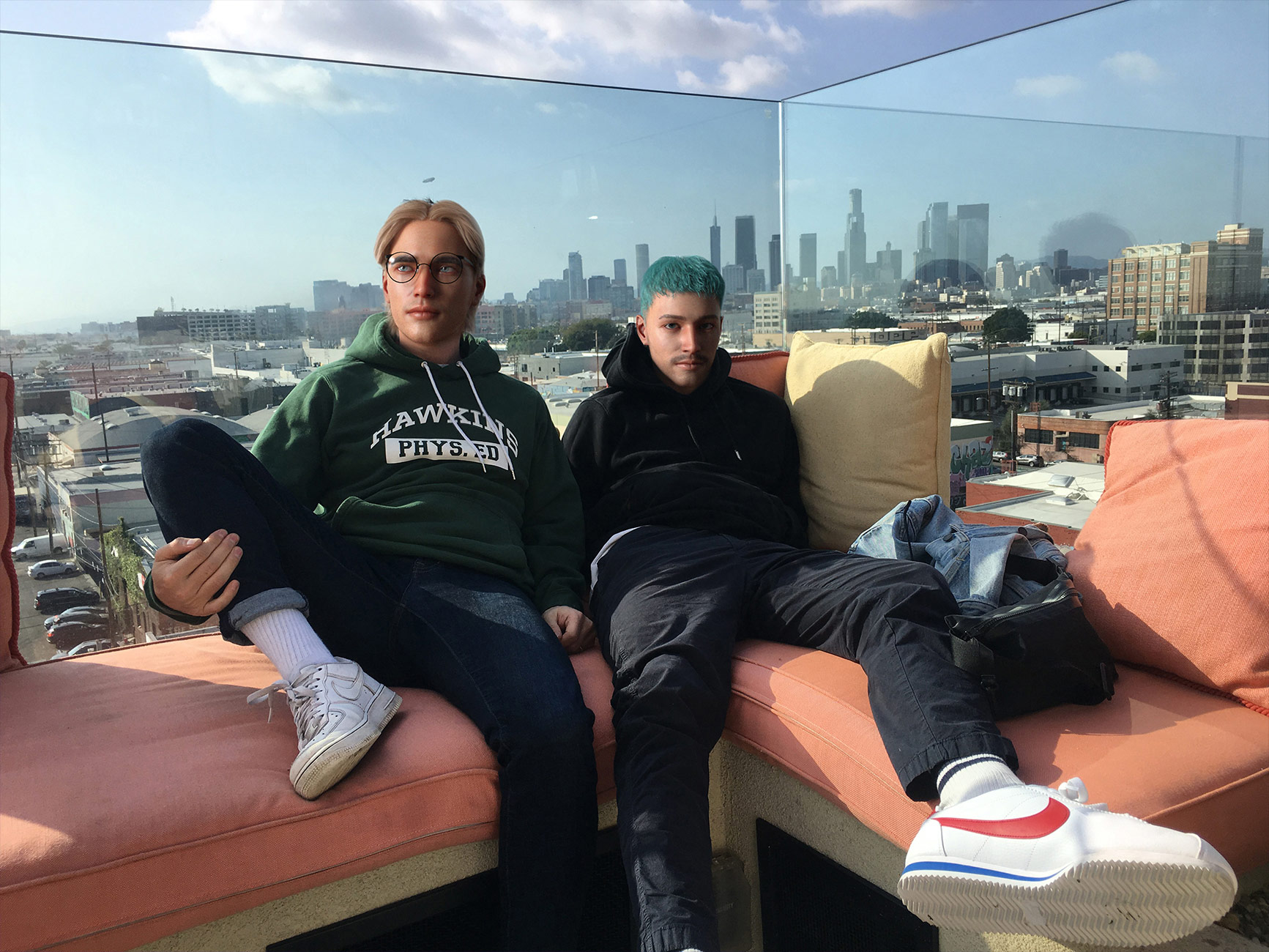 Soda State embody all things nostalgic, yet couldn’t feel more current. The London-based duo, comprised of Mike ‘M’ Ridley and Sam Tracie, have an unequivocal message: “We have to share the Soda State of Mind if we can, right?!”. For Tracie, this state of mind is an escape, offered by their music, from the wasteland of the current political climate and the barren horizon of the pandemic. Instead, Soda State promise to show us a simpler way, the Soda State way. Oh and did I mention, M and Tracie are also digital avatars?
Their five-track EP, Portal, is best described by the feelings it evokes in the listener as they drift from track to track, carried through the project by its seamless production and rich vocals. Each song is similar enough to make the project cohesive, yet different enough to feel varied, and from its punchy feel-good opener, Gold, to The Look, the duo’s Soda-State-ified Metronomy cover, the entire EP wouldn’t sound out of place playing through the radio of a retro convertible gliding between rows of Hollywood palms and off into the sunset. Its closing track, Portal, feels like you never stopped driving. Now, you’re drifting between neon-lit buildings, through the portal and off to find some unknown party in the night. Portal is both an apt name for the project, and for its finishing track, given that we joined M and Tracie as they took us through their own portal, headfirst, into the Soda State.

As a group, you both have a really interesting backstory. Tell us, who is Soda State? Or should I say, what is the Soda State?
M: We started making music together a few years ago in my garage. We have our studio set up there – our laptops, some analogue bits, some home-made stuff that Tracie put together. We were playing with a reworking of The Look by Metronomy when it first happened.
Tracie: Yeah it was intense. We were recording and all the equipment started freaking out, and the lights were flashing and then we were both catapulted forward through a portal to an alternate reality. Super trippy - we came to on a beach in the middle of no-where. Was the scariest moment of my life, but also such a rush. That was the first time we discovered Soda State!
M: It’s hard to explain but you just feel…great there. It’s like some kind of utopia or a digital paradise. We were still ourselves but in this digital landscape.
Tracie: That first week there was incredible - exploring, discovering the place, and then boom, you get sucked back through the portal and we land back in London.
M: But, when we returned, we didn’t change back to our human versions. Instead, we seem to be stuck as our digital avatars – the way everyone looks in Soda State – so now I guess we’re digital beings in a human world.

You often mention ‘opening the portal’ back up into this place, the Soda State. Have you managed to do that yet? How do you intend to do it?
Tracie: It’s addictive, to be honest, and all of our time is spent trying to get back. We figured that we must have stumbled on a combination of musical 0’s and 1’s while making The Look, some digital code from all our haphazard gear that unlocked this bridge in dimensions and opened the portal. We don’t know how we did it, so now we’re just trying to recreate the magic and get back.
M: As you can imagine, it’s very hit or miss. Was it the synths we used? The vocals? The tempo? We were ready to give up trying to open the portal again, but one day when Tracie was playing with an early idea for Midnight, the lights flashed…
Tracie: Yeah we freaked out. Already, we hadn’t slept properly for weeks and just kept going until we cracked it again. Now, every time we make a tune that takes us back to Soda State, we release it.
So, about your digitality: you’re the first digital group that I’ve interviewed, which is cool. As a result, you occupy a very peculiar artistic niche. Do you think we’re likely to see more digital artists like yourselves in the near future?
M: I guess we’ve become a digital act by accident because of this transformation. There’s a few other musicians we’ve met in Soda State, who’ve entered through portals just like ours, but they’ve come from other places, other dimensions. But yeah, we’re the first of our type in our reality, anyway.
Tracie: We have since seen really cool digital versions of human artists. That show that Travis Scott did in Fortnite was amazing, and the DJ sets from Solomon and The Blessed Madonna in Grand Theft Auto were super cool. I’m guessing as technology allows it, there’ll be a lot more of those.
Were you both always interested in making music before your digital transitions? How and when did your interests cross paths to become Soda State?
Tracie: Yeah we’ve always lived and breathed music. We met on a sound engineering course and realised we had similar tastes in electronic music, like French house, Italo disco, emotional synth music like M83 and tunes like Duke Dumont’s Ocean Drive, for example.
M: We just work together well, you know? Tracie is a don when it comes to sounds and synths, I tend to focus more on the top-line, but we do everything together really. It’s a good partnership.
Tracie: After our experiences, it made sense to call ourselves Soda State. 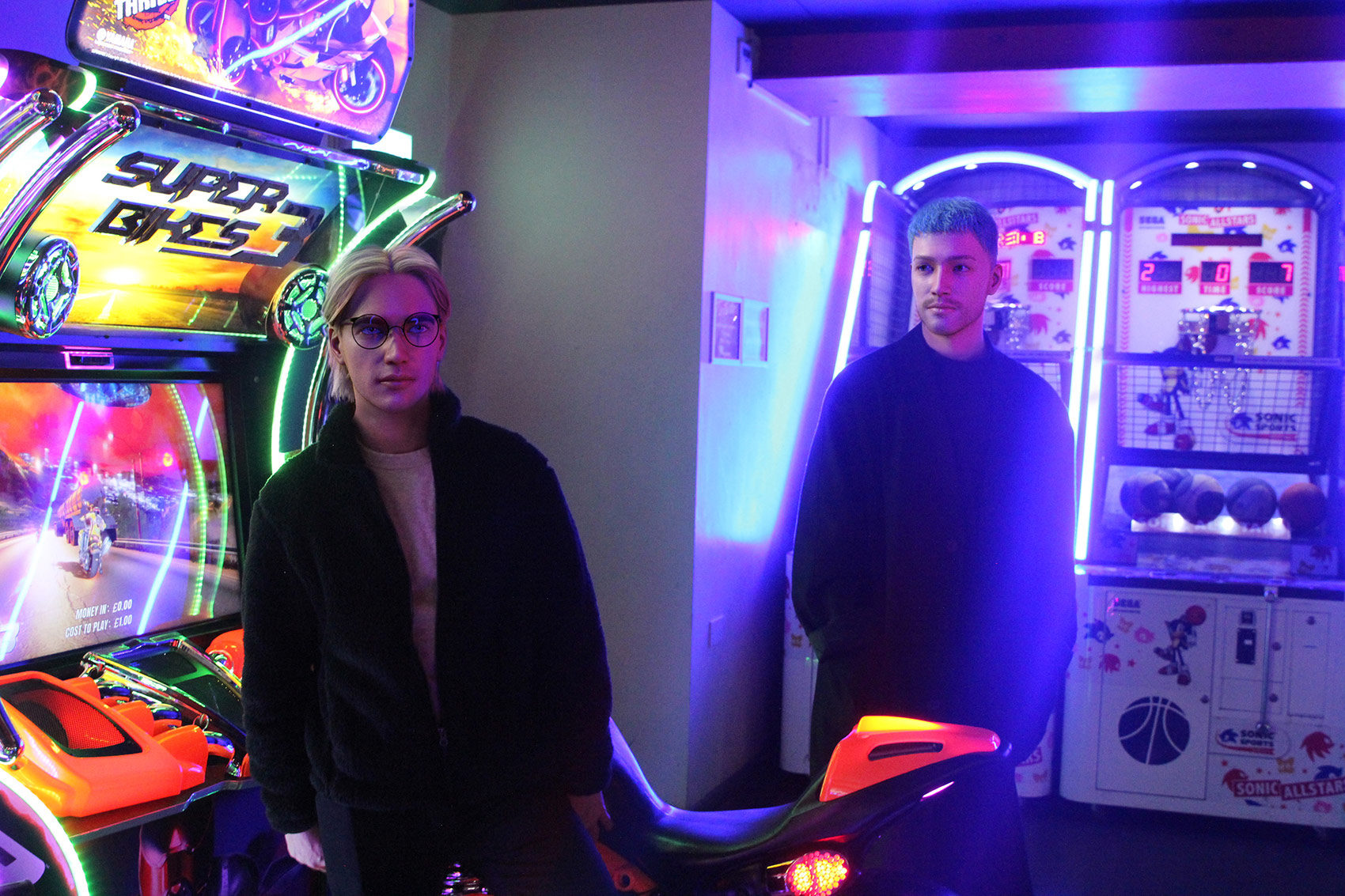 A lot of what Soda State does seems premised on nostalgia – from your inspirations, like M83, Cassius or Boys Noize, to the 80s-reminiscent synthy sounds of your tracks, to the videos that accompany them. What makes nostalgia so appealing to you both?
M: We always found escape with music – to the point where we even escaped this dimension! But escapism has always been an important theme for us, in the lyrics too. We love the concept of leaving shit behind and taking a trip somewhere better, losing yourself in that moment. It’s like that feeling of euphoria when you’re falling in love, or maybe on drugs. For us that’s the Soda State of Mind.
Tracie: And the world can be so depressing right now. The pandemic, or politics, whatever, it just makes you want to escape to a much simpler place. That’s where the nostalgia comes from, the warm feeling that you get from a John Hughes movies, or from listening to old Roulé records. That’s the feeling we want to capture in our music and in our videos.
On the topic of your videos, the videos for your tracks Way to Go, The Look and Midnight are so fun! For those who don’t know, they’re a combination of old footage from video games, films and videos – so, very retro. How important is this visual aspect for Soda State? Is one of you more visually focussed than the other?
Tracie: The visuals are really important to us. As a way for us to deliver what’s in our heads and turn it into something that people can experience with us. It’s a satisfying way for us to show that aesthetic.
M: Like the music, it’s a very collaborative process. I tend to spend more time editing it, but Tracie constantly sends me visuals he likes. Then, once we have the general feel of the videos, we finish them together.

I think that your sound, besides nostalgia, also has the ability to make the listener think of the future. It makes me think of club nights in the past (back when that was a thing), but also of the future, when we’ll hopefully be able to do the same again. I think you explore this with your ‘Club Soda’ Mix of Way to Go, your most recent release, right?
Tracie: For every release, we’ve also done our own more club-focused version, called the Club Soda Mixes. DJing and club music are very important to us, and we want to make sure our music has a place on the dance floor. It’s been dope getting early support from DJ’s like Gorgon City and The Aston Shuffle, who’ve played our tracks in their live-streams and radio shows.
Who or what were the main inspirations behind your EP Portal, and what were you trying to convey through it?
M: Those feelings we often talk about, such as escaping, falling in love, getting high, and so on – that’s our inspiration. It’s how you feel in Soda State, and we want to try and share that.
I’ve touched on this a little bit already, but what has the process been like of making music, including your EP, during lockdown? I know you both produced back in your garage in 2019, so maybe it hasn’t been that different!
Tracie: On the one hand, making the EP in lockdown has been like normal life - stuck away in the same studio for hours at a time. Previously we’d have been able to go out and party and live life, but I guess we’re all a little starved of that right now. At least we’ve managed to escape to Soda State, it keeps the creativity and inspiration going!
M: Yeah, we’ve managed to keep productive through lockdown, thankfully. We’ve recently produced Right Now for Sophie & The Giants, completely over Zoom, which has already started to fly in Europe. Thanks to the tech out there now we can collaborate with others without being in the same room, which is mad!
What’s next for Soda State? Do you have any plans for the future?
M: It’s still our plan that every time we open the portal to Soda State, we release the song that gets us there. As the world reopens we’re planning to get on the road as soon as possible. I mean, we have to share the Soda State of mind if we can, right?! 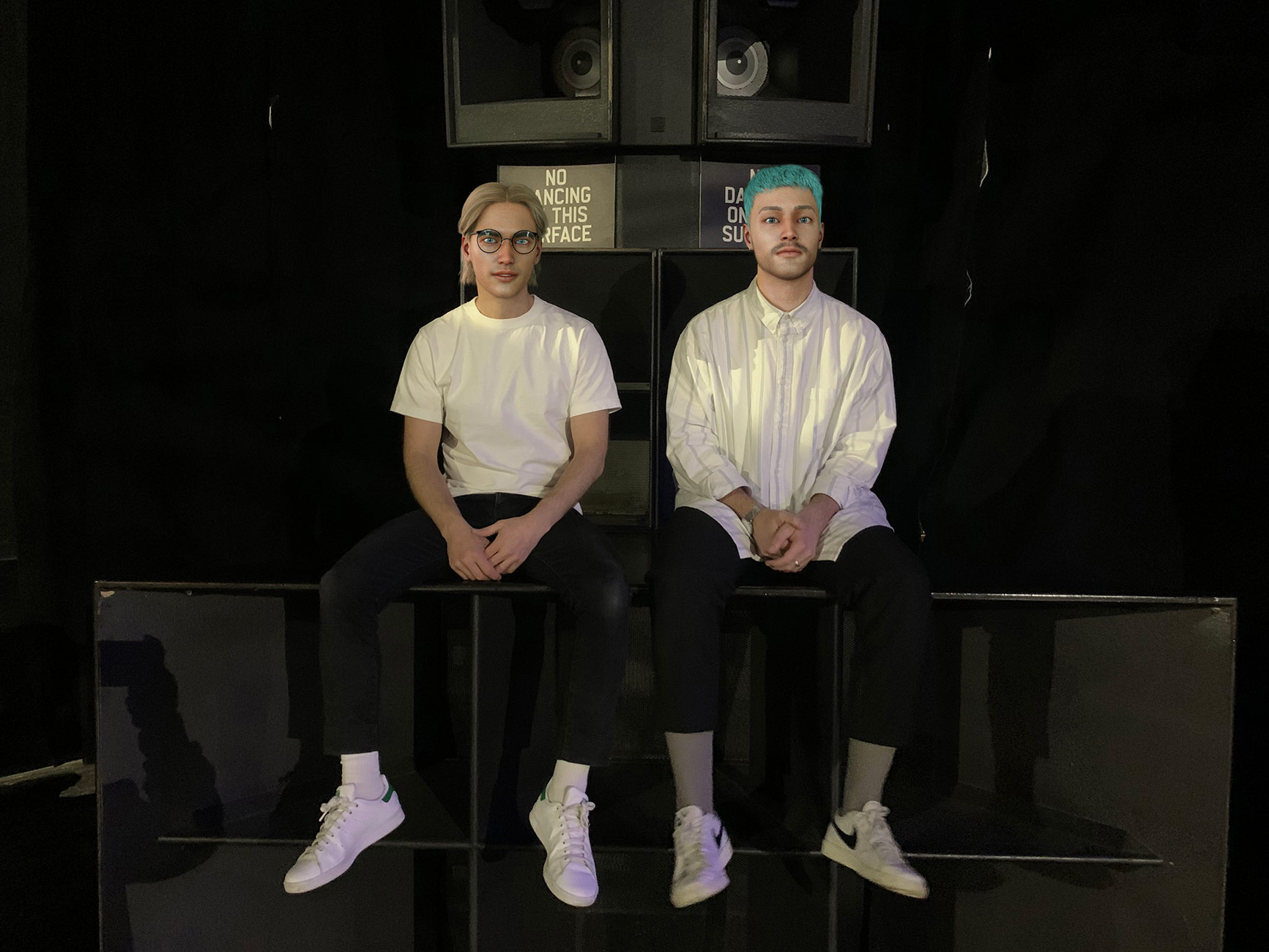