Discourses on sex by Karley Sciortino 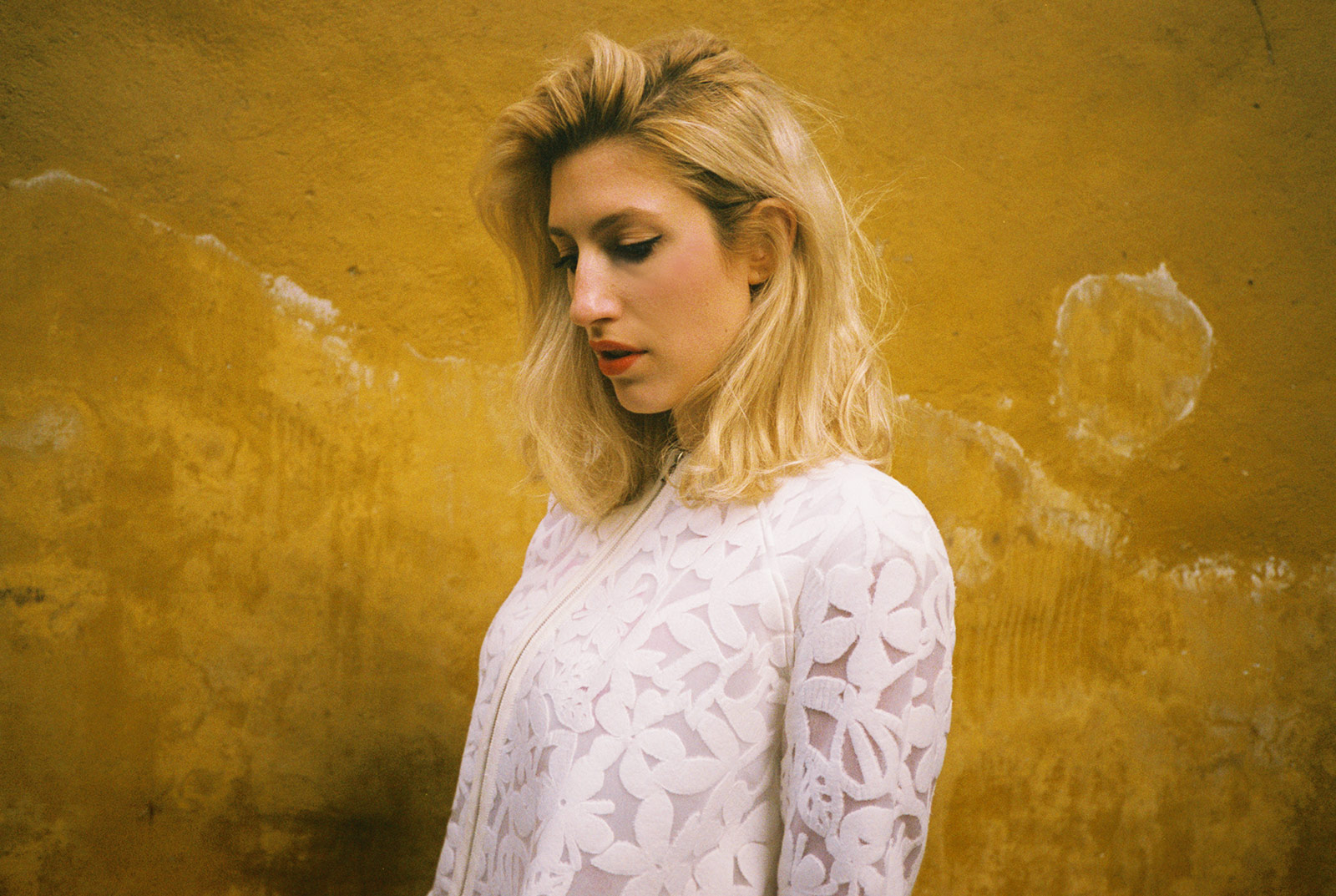 Self-acknowledged oversharer, Karley Sciortino has experienced things that make way better stories than fiction, and favourably she likes to share them online. Karley created her blog Slutever while squatting in a London hostel with a group of young people, about eight years ago. What started out as a documentation of life in the squat, ended up scoring her work for magazines like Vogue and Vice. Karley now writes regular columns for Vogue, and Slutever, which is still a platform where she bluntly writes about her sex and dating life, has also grown to have numerous contributors. It’s not only Karley’s openness and writing skills that are intriguing, but the strange quality she possesses, that gets complete strangers willing to share their most intimate thoughts with her, and for everyone else to read. We had a chat with Karley about weird experiences and good conversations.

Your blog started out small, as a documentation of your life, experiences, etc. How has the content changed with the growing fan base? Is there more curating and filtering now?

It’s evolved a lot! I started Slutever back in 2007, but at the time it wasn’t really a ‘sex blog’. It was more of a personal blog where I wrote about the gross squat that I lived in, being poor, partying, and occasionally I’d blog about the random people I was banging. At the time I was living in a squatted, disused hostel in south London with 12 other people – a lot of drifters, druggies, and ‘artists’ who weren’t producing any art. It was the sort of house where you’d come home to find the living room full of naked people high on DMT conducting a tantric ritual. Or you’d wake up and a homeless Romanian family you’d never seen before would be baking bread in the kitchen. Literally both of those things happened. So I started writing the blog, intending mainly to create a written record of all the weird things that went on in our house. At the beginning, the only people who read Slutever were the people I lived with. It wasn’t until about 2010 that I’d really say Slutever became a sex blog, which happened organically as I got more interested in things like BDSM, sex work, gender studies, alternative relationships, feminism, orgies, etcetera. I started interviewing porn stars and escorts. I think I just got more mature and started to care about sexuality on a deeper level. Today, I want Slutever to be a place where people come to engage in an open, progressive, frank and funny dialogue about sex and relationships, where fringe sexual behaviours are accepted, rather than thought of as ‘bad’ or creepy. As of about 6 months ago I no longer write it on my own; I now commission other people to write for the site – contributors range from a sex researcher, to a queer film scholar, to a sugar baby, etc. So that’s very different. But as for my own writing, it’s still the same at its core: a lot of over-sharing about sex and dating, and my efforts to not totally fuck up my life.

Being known for sharing personal experiences, do you ever find your online followers approaching you in real life as if they know you personally?

Did the two interests of writing and sex naturally intertwine or did you see yourself pursuing a different career as a writer?

I don’t always want to write about sex, specifically. I think often when I’m talking about sex and relationships, really what I’m talking about is people – about psychology and the way people interact, sexually and otherwise. But I do love writing about sex because it’s so subjective and funny and perennially interesting, and one’s relationship to it changes so much over time, so it never gets boring. And writing about sex is an easy way to be provocative and to piss people off, which I get a perverse pleasure from.

We are living in a time when instagramming a photo of every meal is socially accepted, but even though most of us should be able to relate to sex, I imagine that openly writing about it is still considered over-sharing. What is your perception of that?

I’m down with over-sharing, because I feel like being open and nonchalant about sex is the best way to normalise it. I’ve learned to self-censor when I think what I’m considering sharing could hurt or offend someone else. But other than that, I’m pretty open. But no one is totally transparent. There are a lot of personal things that I don’t write about, for the sake of my parents’ sanity, and because if I want to survive I need magazines and brands to keep paying me, so I can’t be too much of a pariah (laughs).

Do you ever get the urge to share a photo of your breakfast? 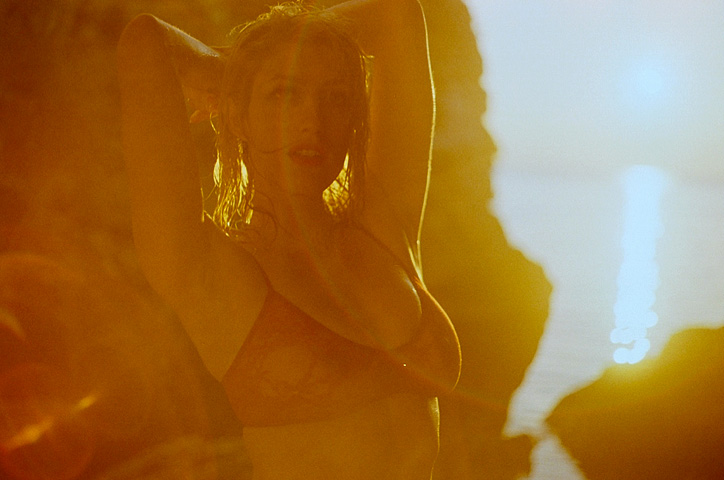 I guess you have a pretty loyal following of readers by now. When something significant happens in your private life, do you feel an obligation to share it with them?

I do! I like to think of my writing as a form of therapy –it’s the way that I process my feelings and the significant events in my life– so writing about my life is something I do as much for myself as for an audience.

Of all your encounters and interviews with people, has there ever been anything you would downright wish to un-see or hear?

Never! And I’ve seen some weird stuff: a 50 person gang-bang, a Hasidic Jew drinking the pee of five dominatrixes at once, a dude put ants into his dick, etcetera. I think being curious about a topic means you want to know everything about it, even the more gross or depressing things. I’m sort of an information addict – I don’t deal well with silence. Even when I’m in the shower, I’m usually playing a podcast or listening to the news, because I get anxious when I’m not doing something or listening to something or reading something. I think it stems from being an anxious person.

Do you think you’ll ever get to the point where you’ve seen enough, or lose the curiosity for other people’s sexual behaviours and stories?

Your open-mindedness and unprejudiced attitude are admirable. What qualities do you value most in people?

I love TMI people. I love people who can talk and tell good stories. The friendships and romantic relationships that I value the most are with good talkers, because I never feel like I’m ‘wasting time’ socialising if I’m having good, interesting, meaningful, funny conversations. I’ve found that writers are often good talkers, because they have a lot of content, so most of my friends tend to be other writers. But not all (laughs).

What is your ideal reading material?

I’m of course a huge fan of Joan Didion, as well as Camille Paglia, the writer and controversial feminist. Other writers I love are David Foster Wallace, Janet Malcolm, Bret Easton Ellis, Don DeLillo. Also Mary Gaitskill, whose short story book Bad Behavior was a big influence on the early days of Slutever. I think Gore Vidal is one of the most amazing people who’s ever lived – I so badly wish I could have been friends with him! He was the best talker. At the moment I’m reading Freedom by Jonathan Franzen, who I also have a soft spot for.

Are there other career paths you would like to pursue?

Do you see yourself ever giving up blogging completely?

I hope not. You never know. I like the idea that Slutever will always live on, in one form of another. 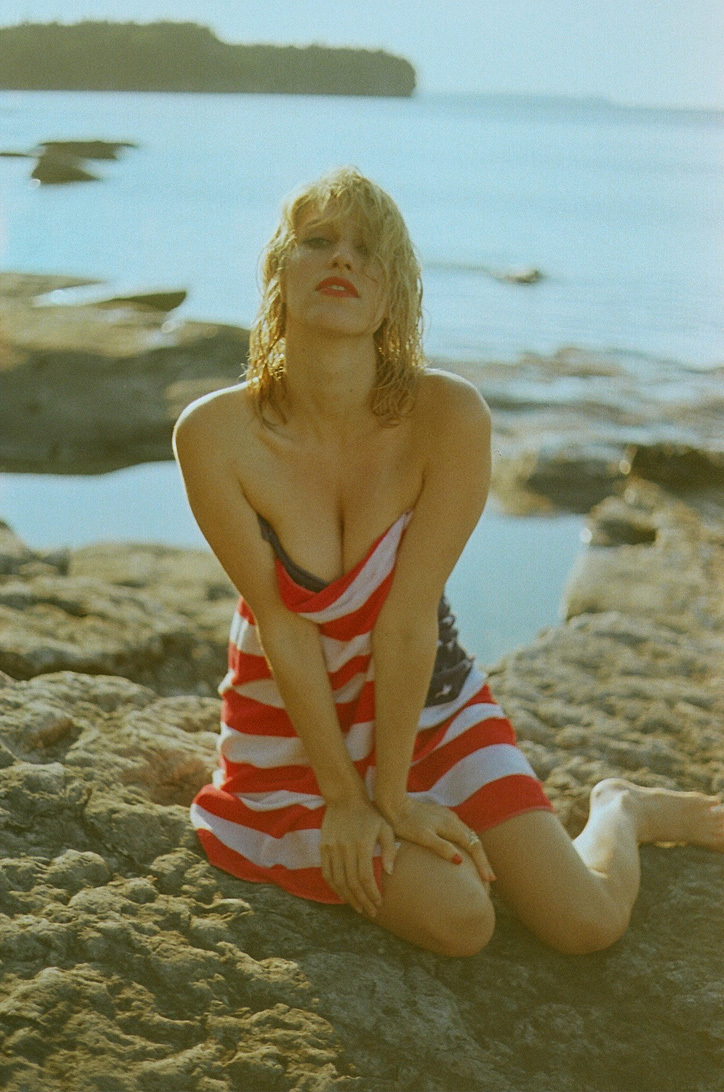