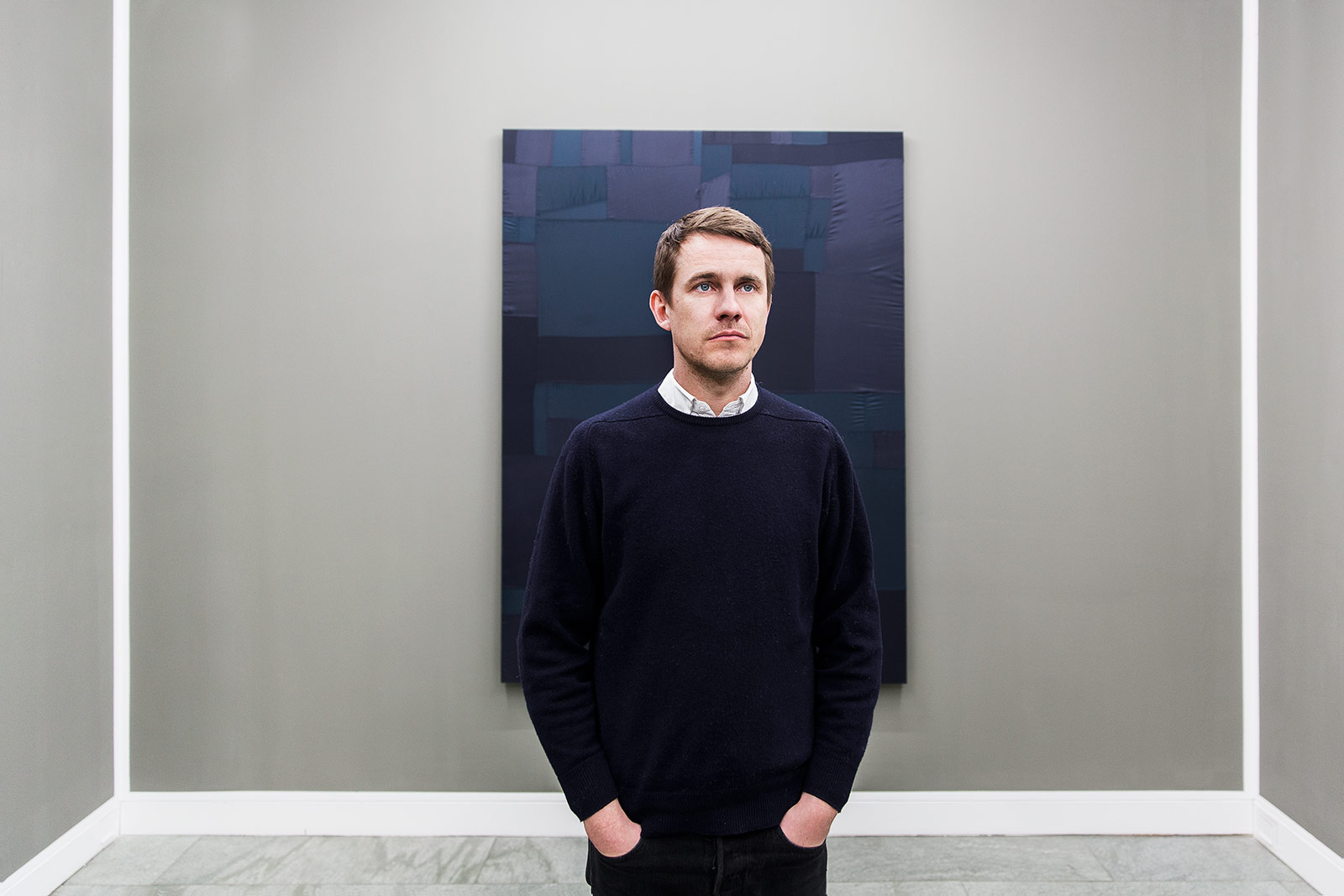 At first, I approached his work with some reluctance, maybe incomprehension when exposed to such a perfect explanation of very succinct ideas. But then, after chatting with him, I realised how simple, logic and right the ideas of this German-born felt. Listening to his explanation can be compared to the discovery of a treasure out of the blue. It is quite surprising how much one has to dig in order to unveil the hidden face of a creator so rare and antagonistic in his artistic persona. Born in Kiel, Germany, raised in Vienna and now professionally established midway between London and Berlin, Mullan emerges as a thoughtful creator whose potential leaves you clearly astonished, when not making you think twice about the meaning of things. After all, don’t expect to find the man but the idea. We talk to him after his latest exhibition at Dittrich & Schlechtriem Gallery, Die Fuge. As Paul Feigelfeld writes in the essay that can be found in its catalogue, “It is the caulk, the poetic condensation, that opens the fissure that we as subjects seep into and from which Mullan’s work leaks.”
Hi, Simon. Could you please tell us what made you becoming an artist, more than anything?
Well, I’ve always had the same feeling towards what being an artist really means. Early on, I sort of sensed the academic world was not for me. I used to be more interested in artistic things, in being able to make things for yourself, with your own hands. I’ve also always had the ability to communicate feelings and convey a message, and to engage others through my artistic creations.
It has to do also with the fact that, at a very early age, I started taking pictures with different cameras, and when I first approached them in a serious way, I noticed it could be possible to make a life out of it. 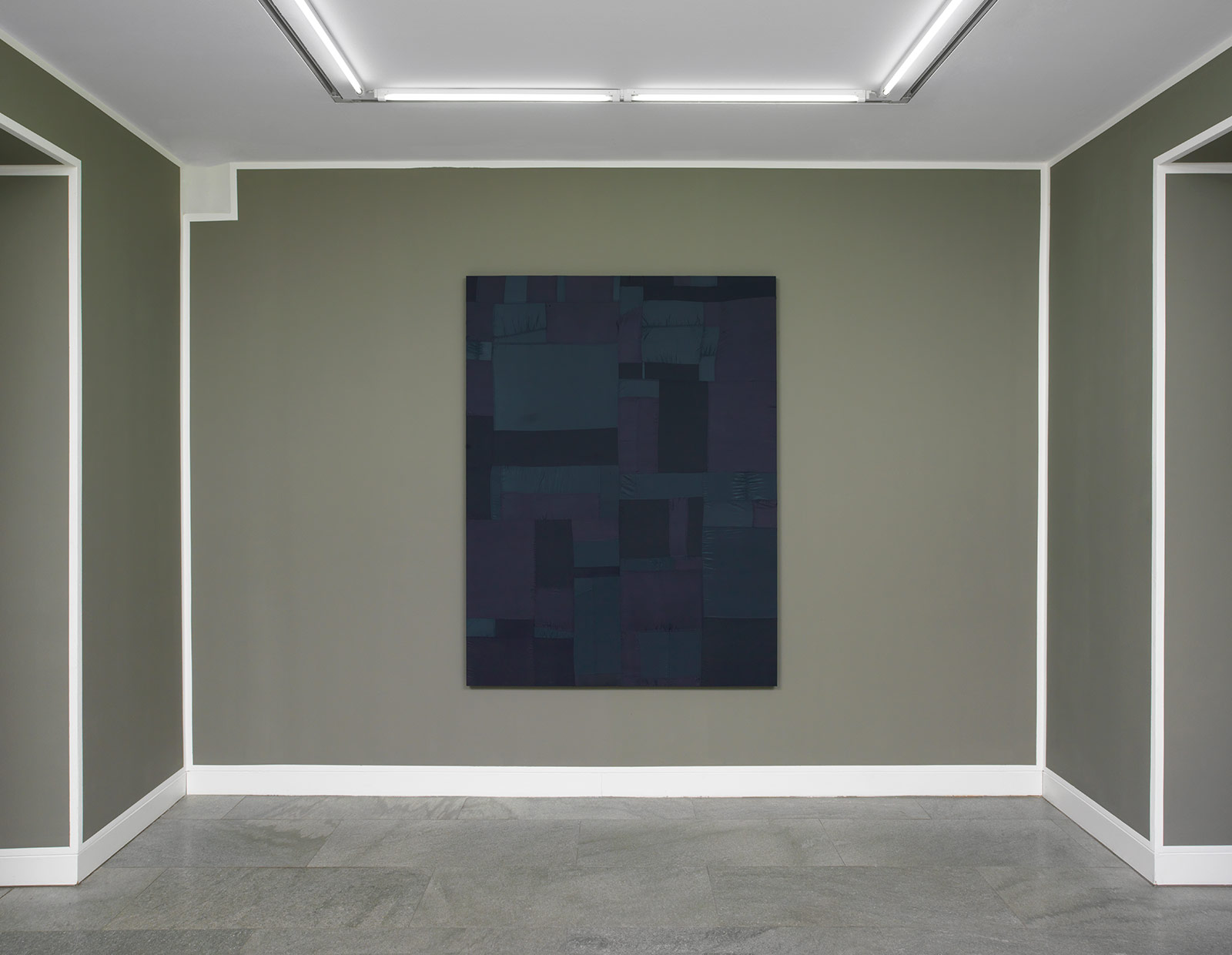 So how do you see yourself, then?
I like to take things simply, slowly. I tend to approach my work in an uncertain and experimental way. I don’t fuss that much with which I will do next or what might happen tomorrow.
I want to know more about one of your latest projects. Where do all those ideas related to the bomber jacket come from?
Everything started with the initial idea of neo-nazis. My first contact with them was in Vienna, when I was rather young. Although the conception I now have of the bomber jacket is completely different to what my view of them was back then, these gangs used to carry the bombers around and they made themselves really visible while wearing them. These guys somewhat managed to conform a whole identity, some sort of uniform, with the bomber jacket having pride of place. There was a moment in which I saw the bomber as part of “The Uniform of Fear”, which obviously made me quite reluctant to accept the garment as usual or normal.
“A compliment from my generation is the best thing I can get out of my work.”
And what made you change that misconception, and even translating it into an actual project?
Over the years, I started studying Art – and art as a whole makes you see the world differently. Also, and it was a matter of time, fashion got me attracted. I started to show a peculiar interest or amazement in experimenting within the fashion field. Obviously, the fashion approach changed that misconception, after being aware of the whole look you are able to create just wearing a bomber – it suits you, it enforces the overall result of the look. So after being familiar with the garment for a while and seeing how good and easy it felt, I decided to create a project with the main idea of deconstructing the bomber, ripping its inner side apart along with the lining, and made the whole project rely on the basics of it and the considerations I thought I could develop around it to be approached in another way.
Did you sew them yourself? I took for granted you had to look for some seamstress to make it for you, after having planned the whole artwork.
Yeah, I did it all on my own. I like to set barriers in the way of experiencing new and unknown materials to me, such as fabrics. They give you so many possibilities. Who could have ever guessed I would end up using the sewing-machine my girlfriend gave me some time ago? At first I thought it would rather end up gathering dust for a long time (laughs). 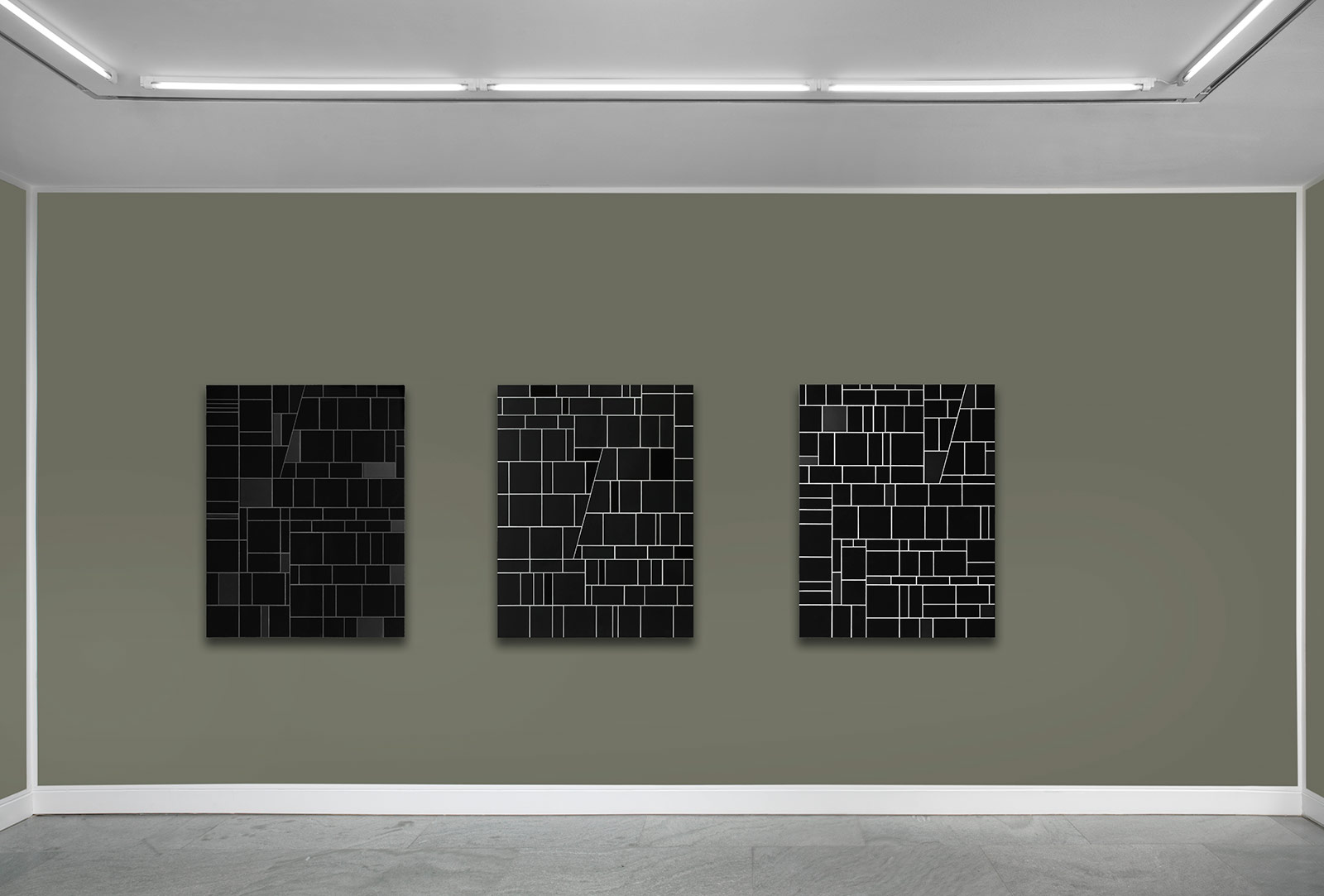 With the series titled Naked Bombers, one of your clearest statements within the project is that you give these jackets away for free, inviting people to own them with the sole requirement that once he or she does not support your work anymore, the item must be returned again to its place of conception: the artist’s hands. Does it have to do with the lack of honesty we see nowadays?
I always make sure to give something to my generation – the stripped and skinned Naked Bomber jackets are one the these items. Big collectors can't just buy one, they have to earn them. On opening nights, I usually have some live techno music, which I love. Subculture meets high society, and I am some sort the binding in between. In other words, if a great German collector buys my art it makes me happy and obviously helps me paying my rent, but if a young unknown musician or artist says he likes my work, it has the same value for me. A compliment from my generation is the best thing I can get out of it.
You’ve mentioned how far you feel from Warhol and how close you are to the Beuys. In which way has this exerted an influence in the artist you currently are?
I think it mainly shows in the melancholy of things, which I guess is rather present in my whole career. I was born in Germany, but grew up in Vienna, and it is equally present today that kind of dislike between the two countries. Germans don’t like Austrians, Austrians don’t like Germans... it’s a strange hate/love thing, I guess, so many neighboring countries still have this kind of issue. So that melancholy comes from what lies beneath German and Austrian history, the contemporary one above all, and it will continue to resonate in my work for the time to come. Also, Vienna in all its splendor and magnificence says a lot to me, resonating obviously in my work. 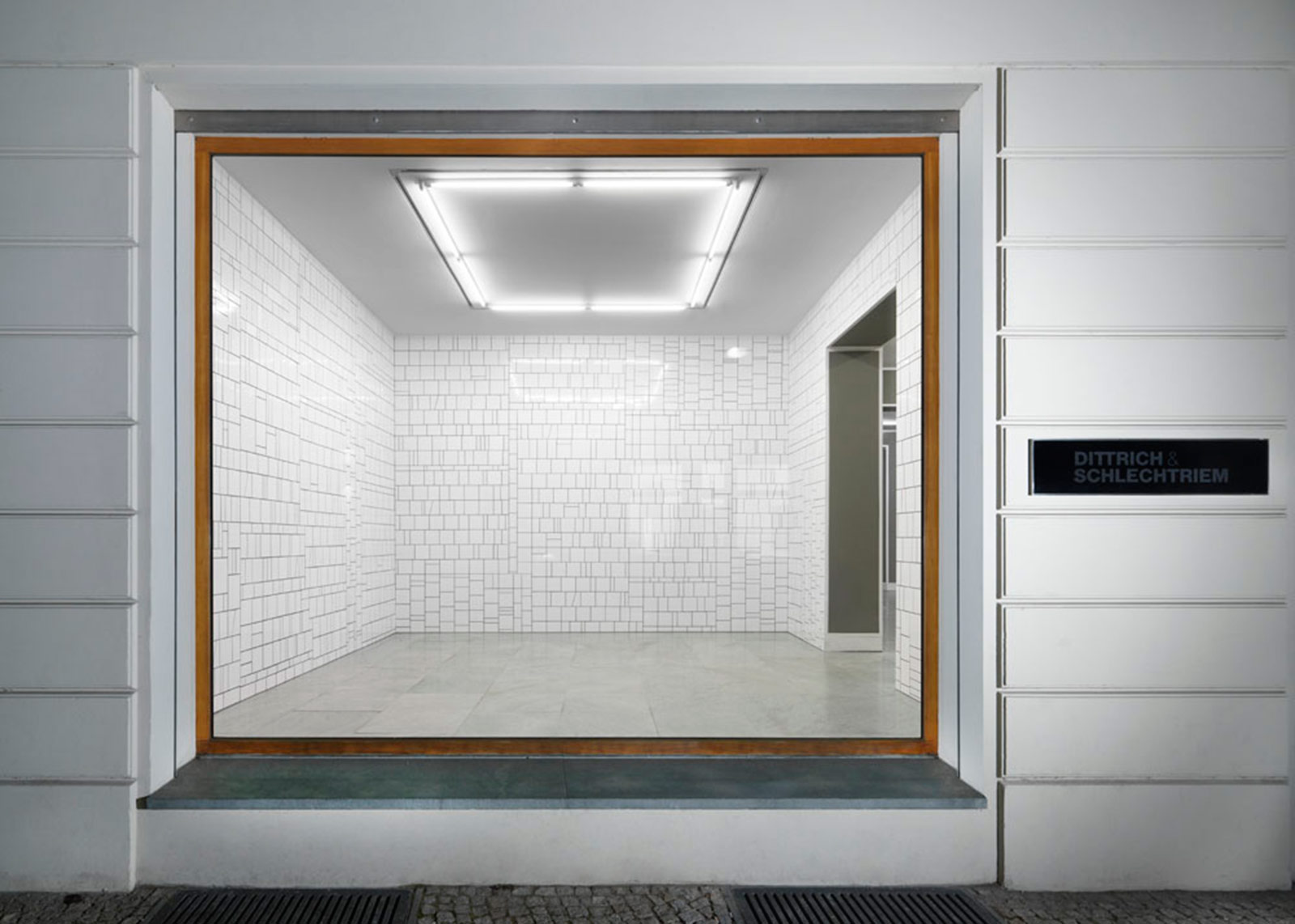 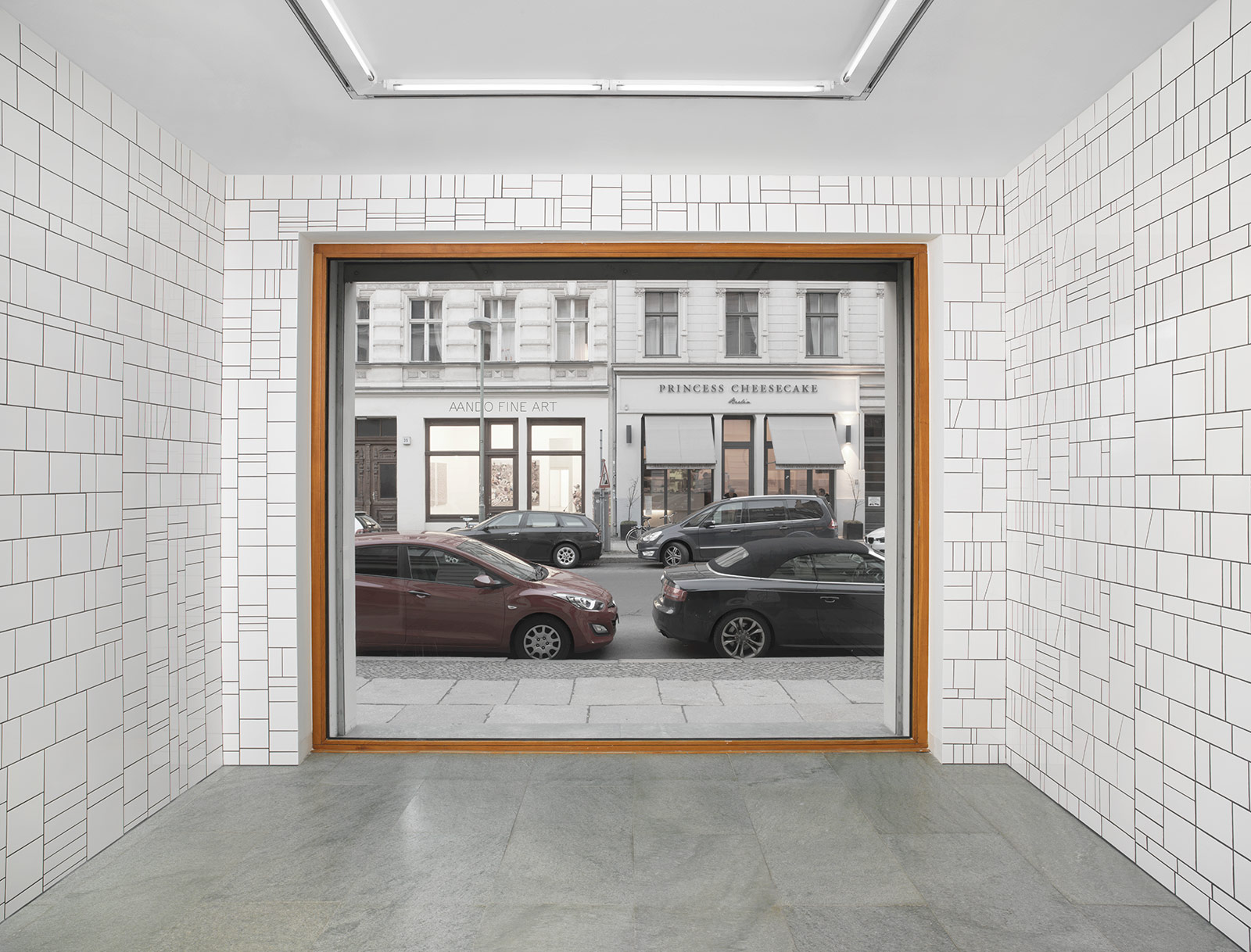 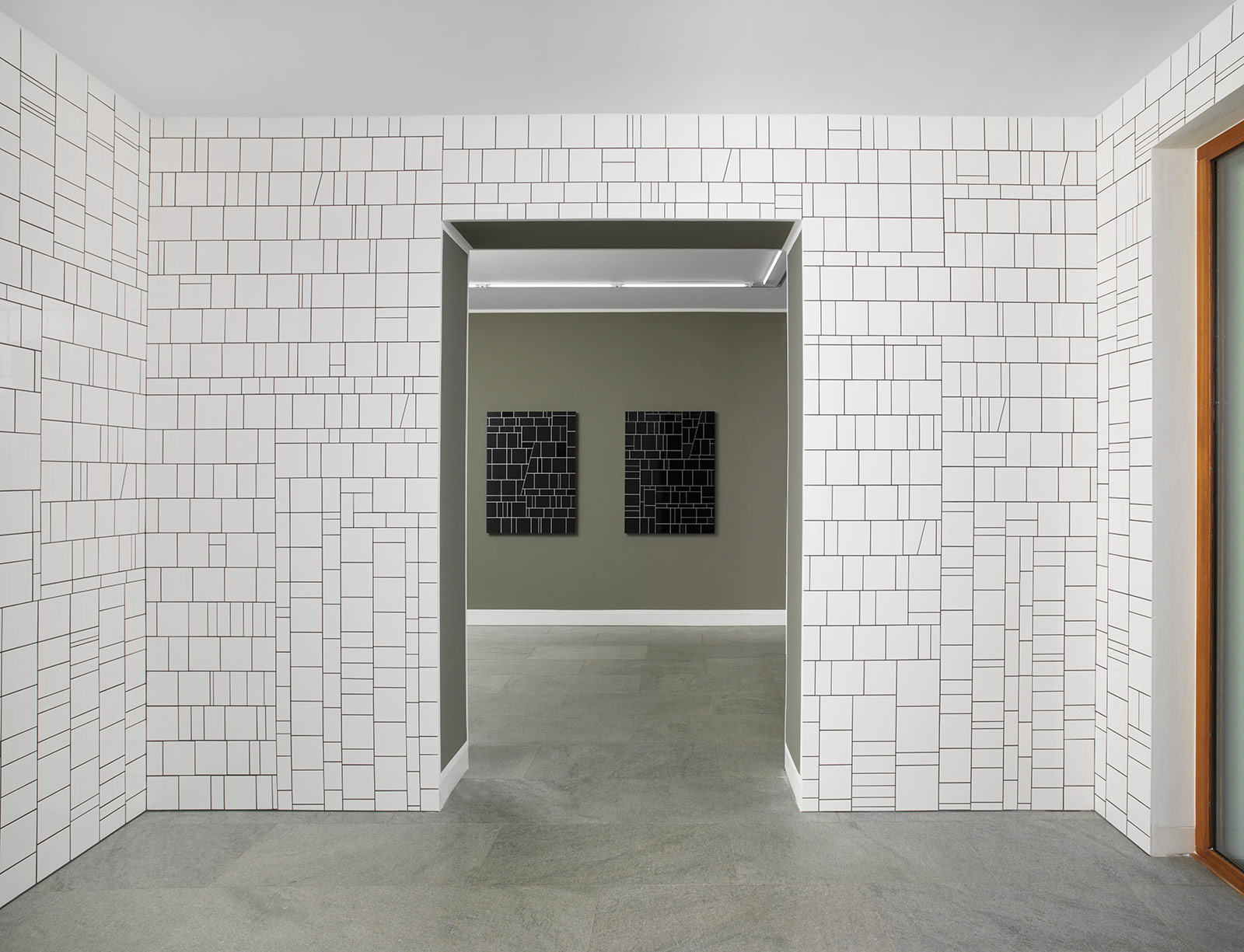 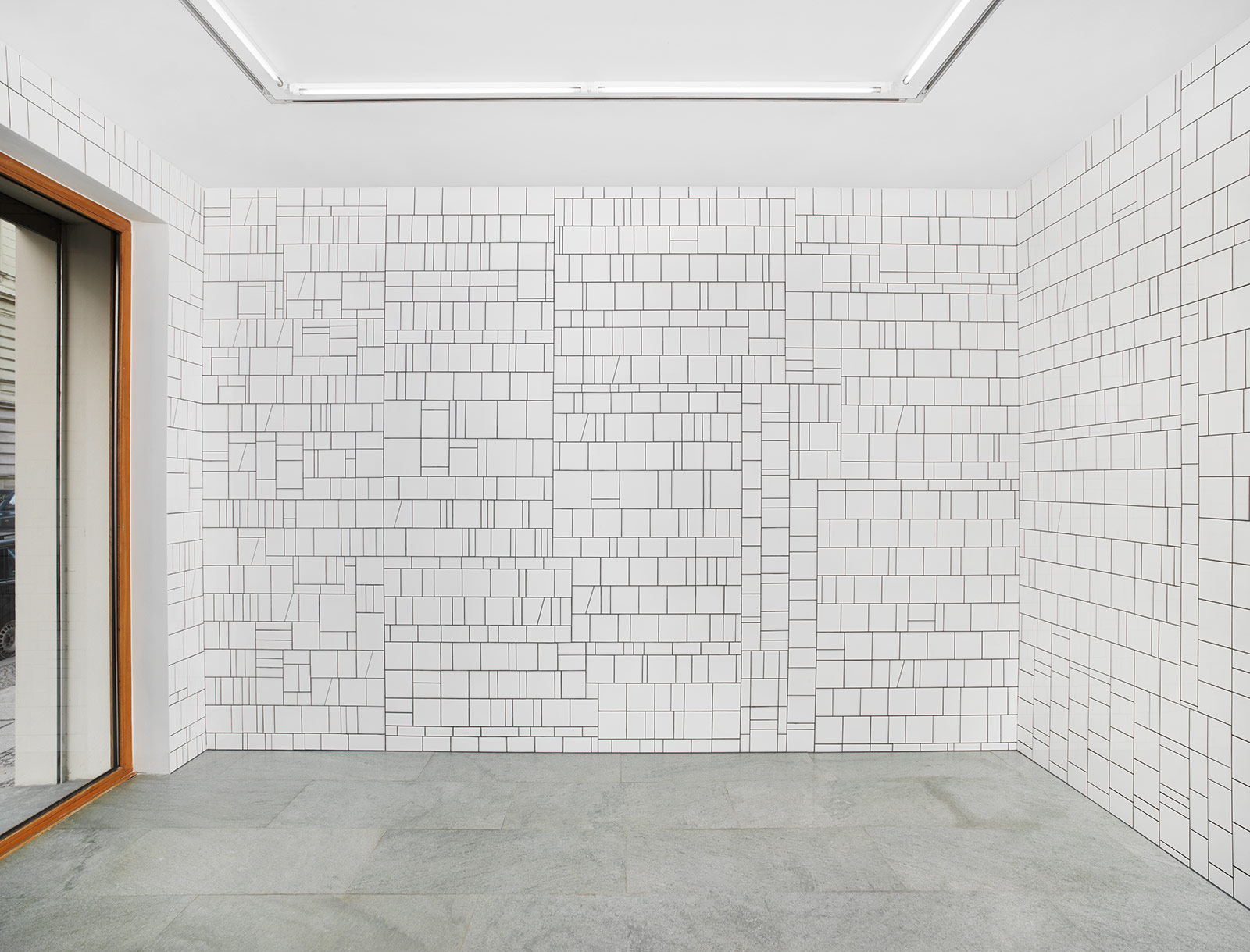 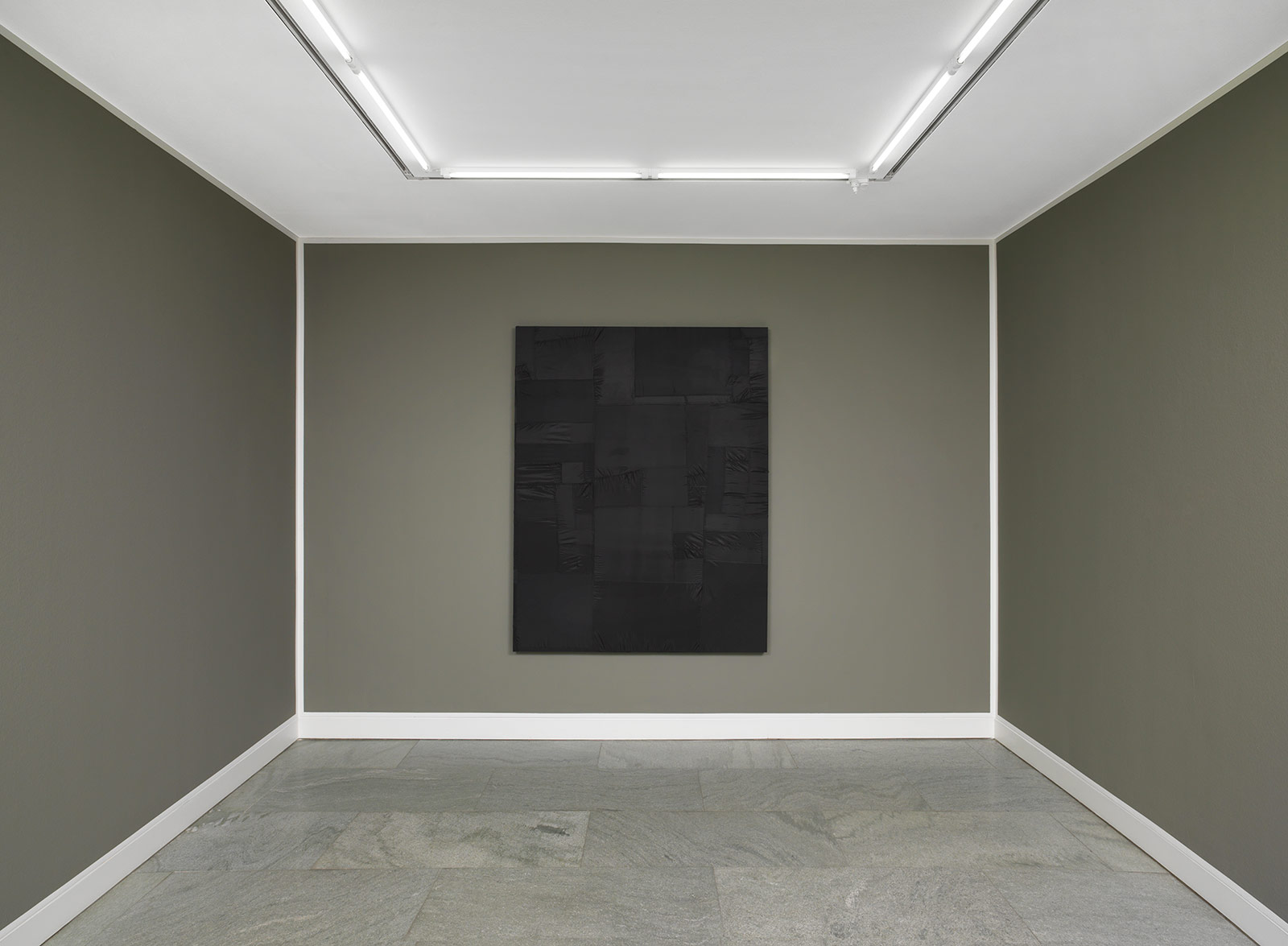 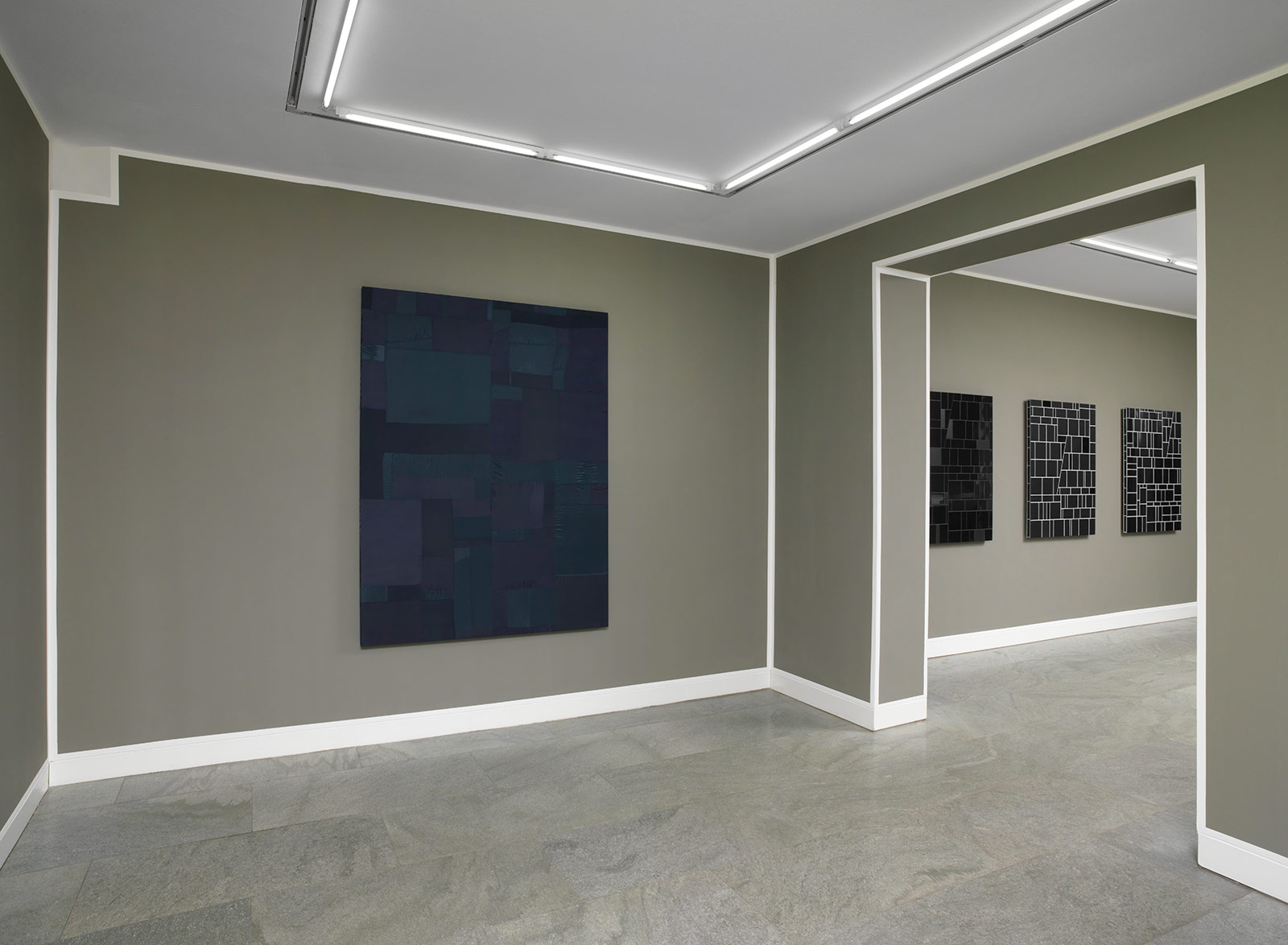 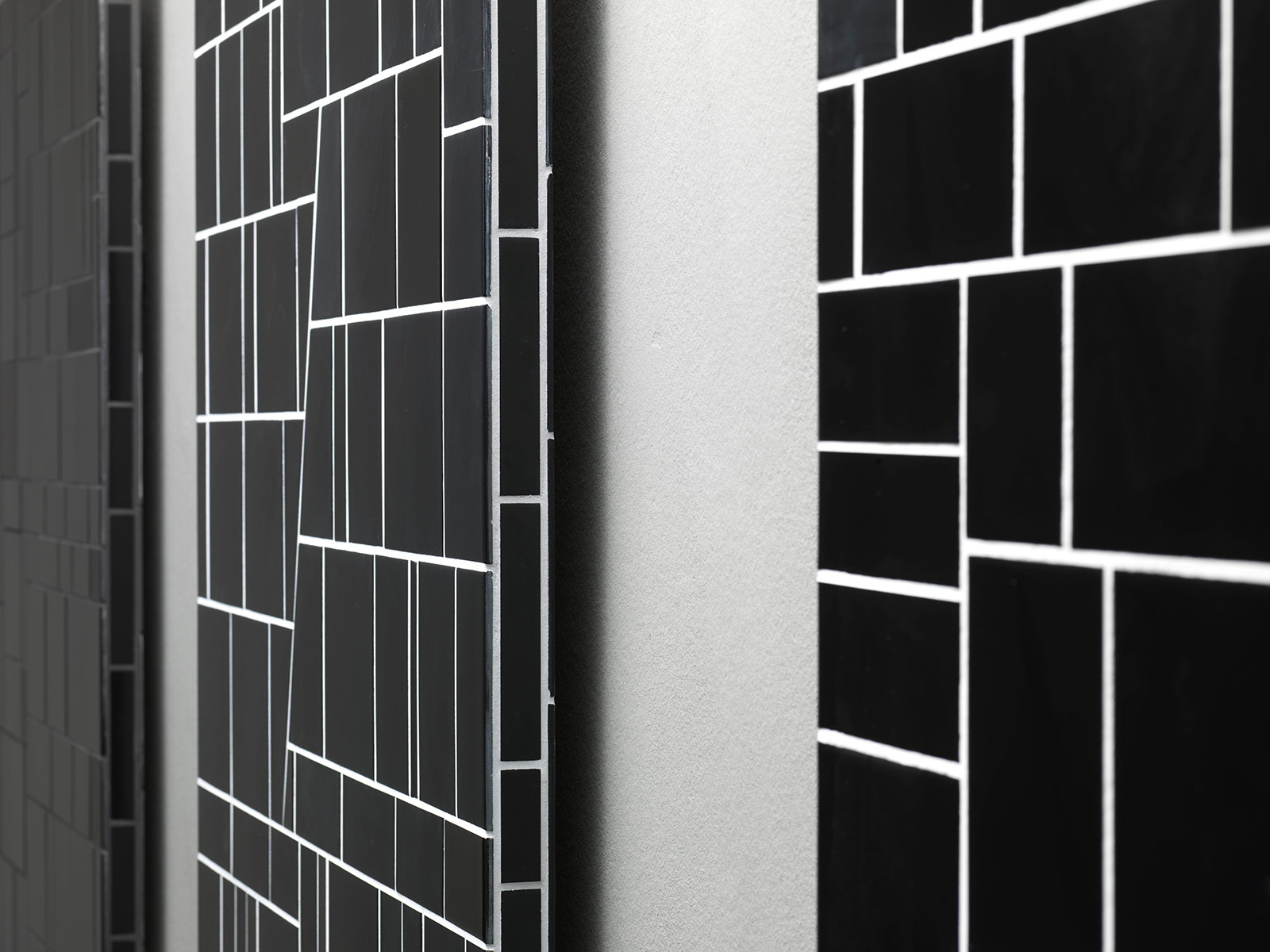