When high fashion meets everything else 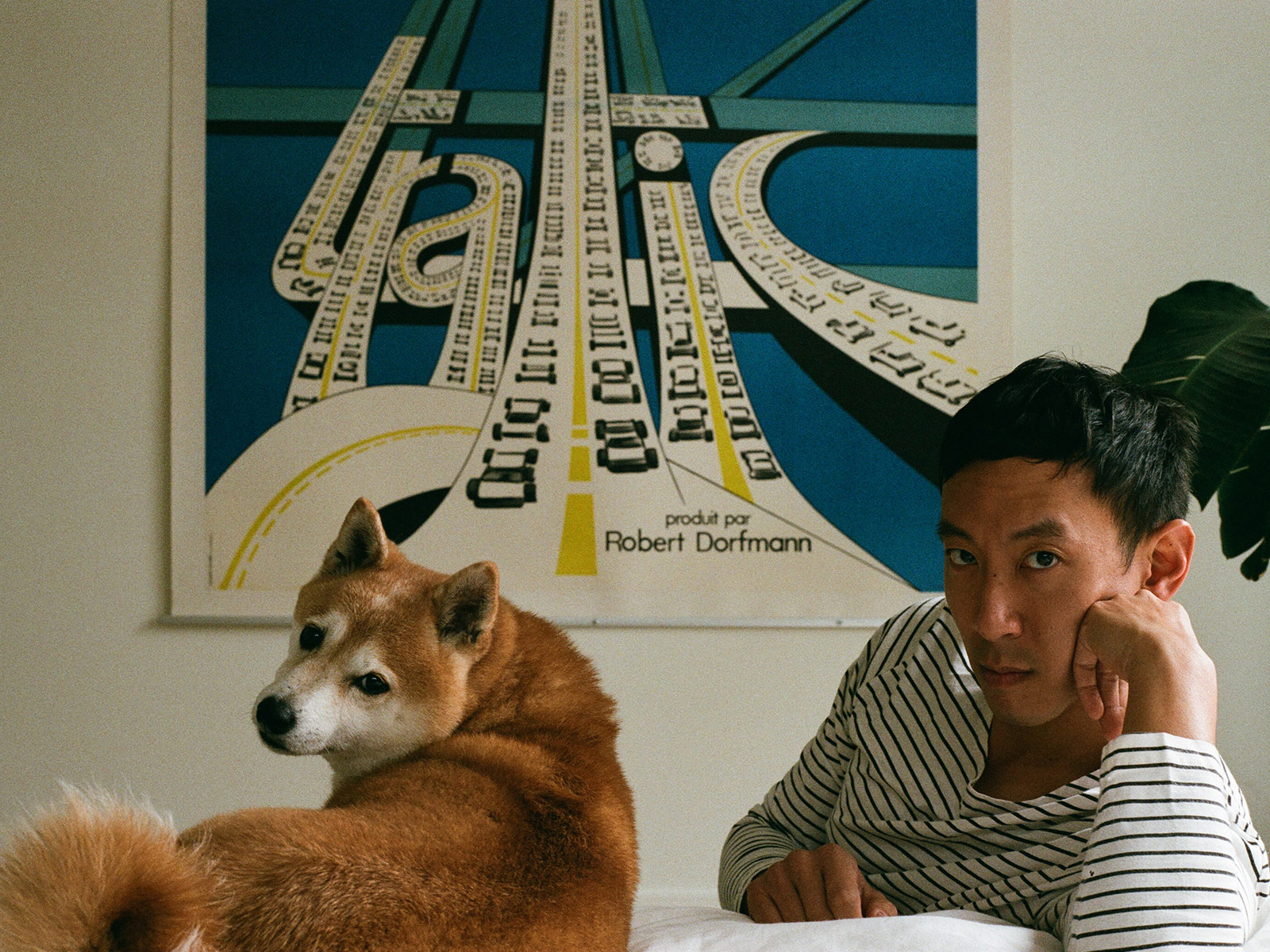 A model in Balenciaga robbing a bank, two more doing a cameo in Texas Chainsaw Massacre dressed in Calvin Klein, or a couple more terrorizing a city while resembling the ghosts in Ghostbusters while dressed in Thom Browne. These are some of the situations we can see on this hilarious Instagram account that ranges images from ridiculous to genius. Sidney Prawatyotin, its founder, reveals that he just makes connections between images without giving them too much thought. After discovering his work, be ready to become part of the cult following @siduations, which will make your Instagram feed funnier and more fashionable.
Tell us about your beginnings. Who is behind these collages? How did you start with this?
I am Sidney and I am the person behind @siduations. I started it as a hobby after moving from New York to Los Angeles. When I was in the East Coast I had a full-time job in fashion and PR, but then, when I moved to the West Coast, I wanted to explore other creative work. I was pretty much bored and was playing with all these different photo apps on my phone; there were so many and they kept me busy when I was sitting in traffic.
I was actually making pictures for my friends; instead of sending emojis I would make an image for them just as a ‘hello’ – it was a way to communicate; it wasn’t meant to be fashion, but I have a lot of friends who work in the industry (me included), so it ended up like this. I’ve always been interested in images, but more especially in the stories they tell. From an early age I used to collect magazines and look at the editorials because of the stories and the creativity they involved. I always wanted to do that, and I could say I did it: the work of a PR is about communicating the stories of your designers to the public.
You were one of the founders of United Bamboo – an artists collective – and, as you’ve said, you worked as a PR in New York. How do you manage the balance between fashion and art? Is one of these worlds more important to you than the other?
No, I don’t think one of the worlds is more important than the other. I don’t really see a hierarchy in any of these fields – or in life, actually –; I feel like one works with the other, like there’s a balance. Everything is on the same level.
And what about the high fashion and the ‘real’ worlds?
It’s funny you say that because I get asked a lot if people get insulted because of some of my pictures. My intention is never to offend, but that makes me wonder, why does someone think they may be insulting? It’s because they don’t see fashion as being part of the ‘real world’ and they think I’m making fun of them. For example, what’s funny or offensive about a teacher wearing Balenciaga to classroom? I think it’s more insulting to assume that this can’t happen. The more I make these pictures, the more I feel like what I’m doing is bringing the fantasy of fashion into the so-called real world. 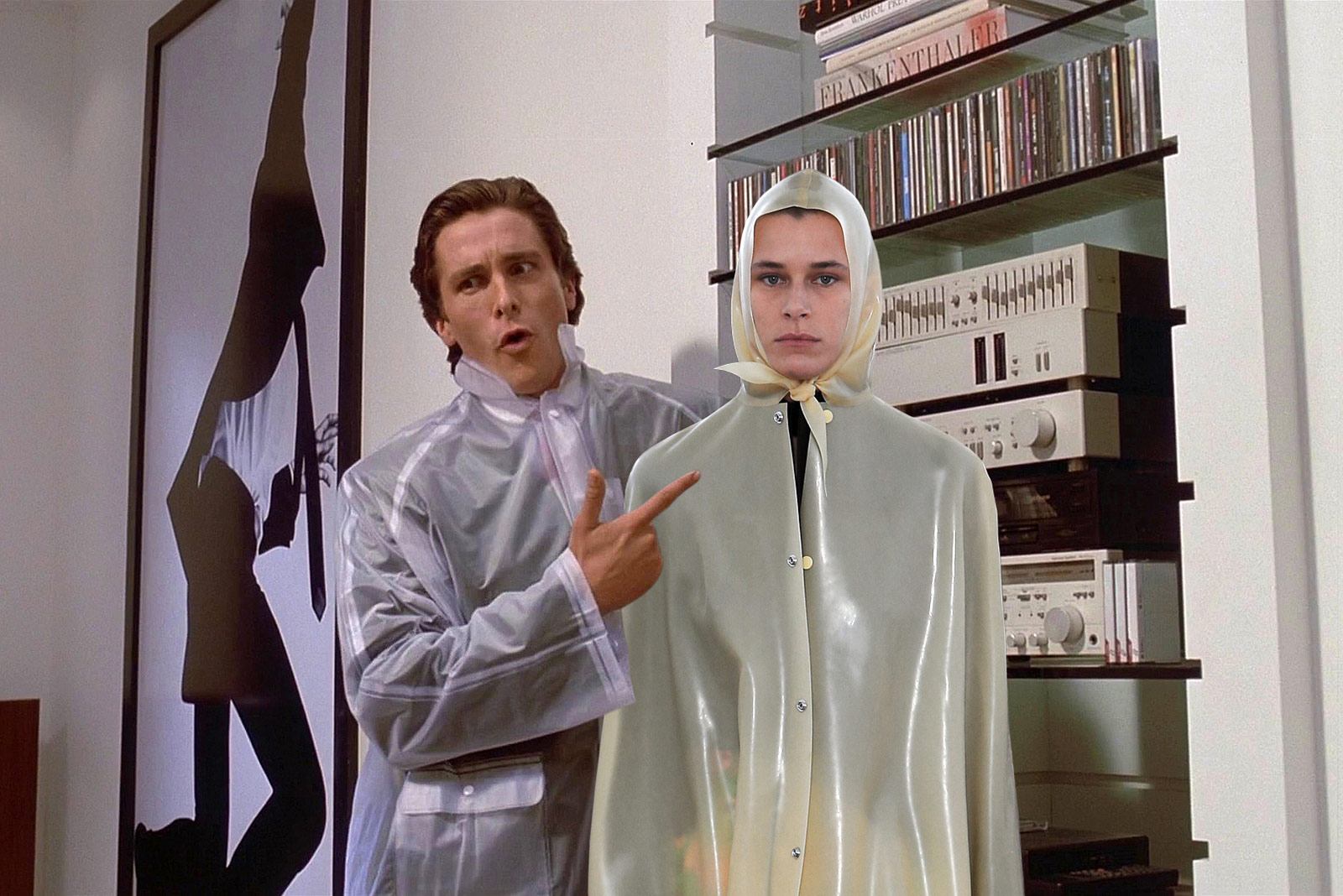 Where does the name ‘siduations’ come from? Does it have a hidden meaning?
The word ‘situations’ is usually spelled with a t, but if you change it for a d, the result is the first three letters of my name (Sidney). The pictures that I have on the Instagram account are situations that I create.
What steps do you follow during your creative process? Do you first choose a specific look and then look to decontextualize it, or is it the other way around?
It all depends, it can start in different ways. But what I actually do the most is look at pictures and create an image out of the first thing that comes to my mind. Most of them come from my own references either from pop culture or past events, films, etc. And the ones that work best are the ones I think of in a moment, when the connection between the look/photo and the situation is immediate; when I try too hard or think too much, they don’t work that well or some people don’t understand them.
We can see an ironic and kind of critic vision of this world in your collages. What’s your point of view regarding the fashion industry? You’re actually an insider.
As I said before, my intention isn’t to criticize the fashion world or to be ironic. I just make a connection between two images, so there’s never a satiric, ironic or critic meaning behind them. But I appreciate that people see them that way, and I actually enjoy reading the comments that I receive. I respect all opinions and impressions, and actually, they help me see my own images in a different way.
But for example, I’m looking at your Instagram right now, and there’s one picture where you place a model wearing Acne Studios as if she worked in a supermarket. Or in the other one next to it, another model is wearing a Balenciaga dress with a money print while robbing a bank. So you can see the irony of wearing these super high-end brands while robbing a bank or working in a supermarket.
(Laughs) Yes, totally, but these are the first things that come to my head! When I saw the Balenciaga one, I thought: “Oh, she must have spent a lot of money on this dress. Does she work in a bank? Or maybe has she robbed a bank?” And that was it.
Again, I love the comments to see different reactions. My intention isn’t to force anyone into thinking something in particular. What’s good about the Instagram account is that I can hear people’s interpretations, their thoughts, opinions, and this brings the ‘siduations’ to another level; it opens up the way I see the images too.
Although there’s a picture I did starring Bella Hadid from which I get so much shit! (Laughs) I placed her in a nursing centre; she’s wearing a stripped Jason Wu outfit, and there’s an old lady who looks in pain. 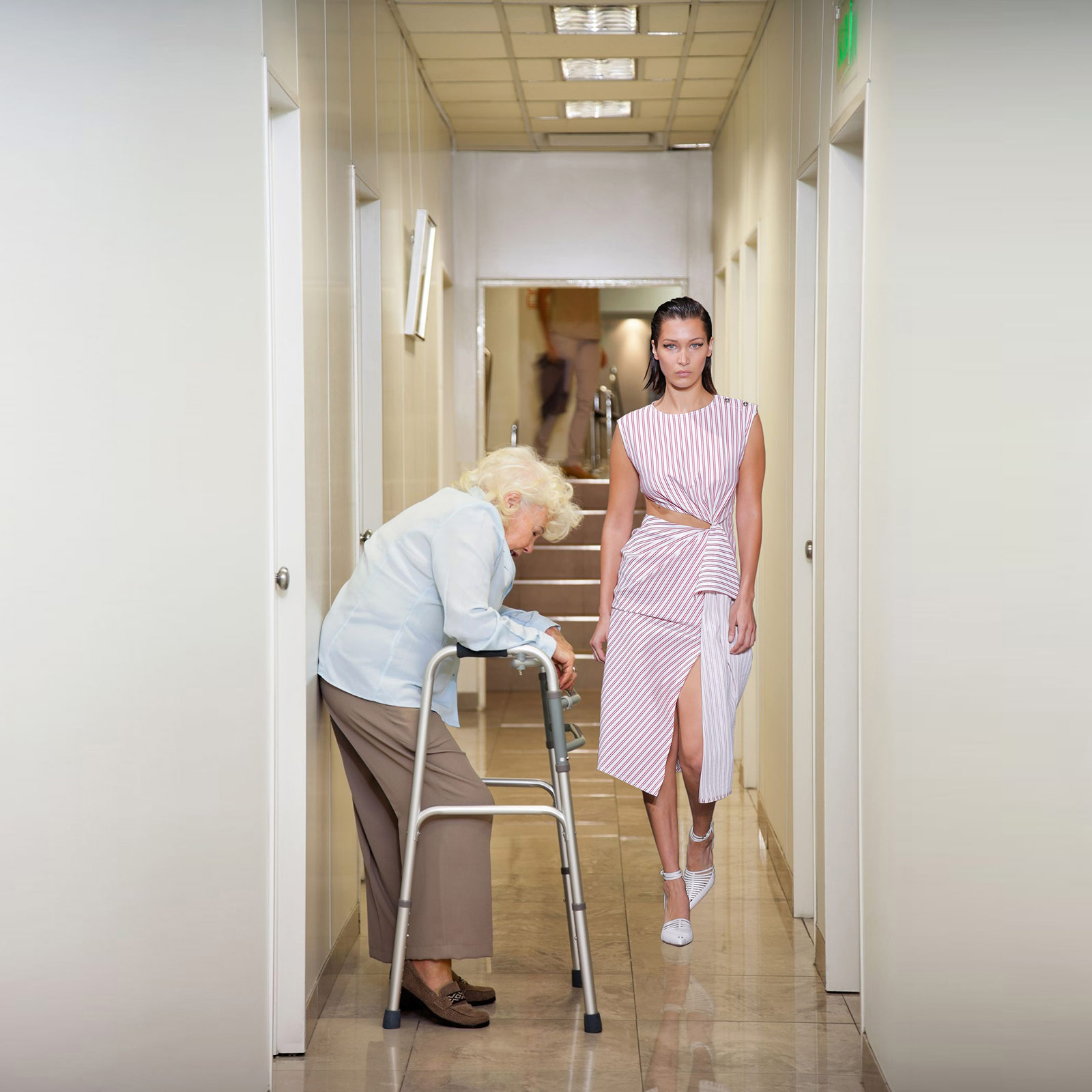 Oh, I see it! Yes, the old lady is a bit tragic.
I know! But my intention wasn’t cruel at all. When I first saw the dress that Bella is wearing, it reminded me of a candy striper nurse, which is a volunteer hospital nurse. And that’s a good thing, they help people, and I thought I could place her in a nursing home as if she were helping too. When I posted it, I received many comments saying “it’s dehumanizing”, “it’s cruel”, etc.
People are so intense…
Yes, but the thing is that I was really hurt by that. That wasn’t my intention at all, so I thought of taking the image down. I finally decided to keep it, and there were people who even liked it.
Yes, I see there’s a comment saying “An issue that gets little attention! Thanks @siduations for making people realize senior citizens need help too!”
Do you understand now? My intention here was just to show a candy striper nurse. I don’t tell them they’re wrong, I respect their opinion because everyone will see it his/her own way.
Your exposure and art comes because of the digital age and tools. Do you think that, if you were born in a time with no Internet, you’d still be an artist?
I don’t know, I feel like I would, I’d just do it in a different form – although I don’t consider myself an artist at all. As I said at the beginning, I like to tell stories and to communicate with people; I’m a storyteller. I started @siduations because I had the apps and the tools; but if I were born in a time where only cameras were available, I’m sure I would have used photography as a means to tell my stories.
But actually, in an ideal world, I would love to create the images I’m doing for @siduations with a team: travel to different locations, work with stylists, make-up artists and models, and take the pictures for myself. But because I don’t have the funds to hire the team and the right tools, this is the best I can do. Nevertheless, it is true that I can use it as a portfolio to introduce myself. 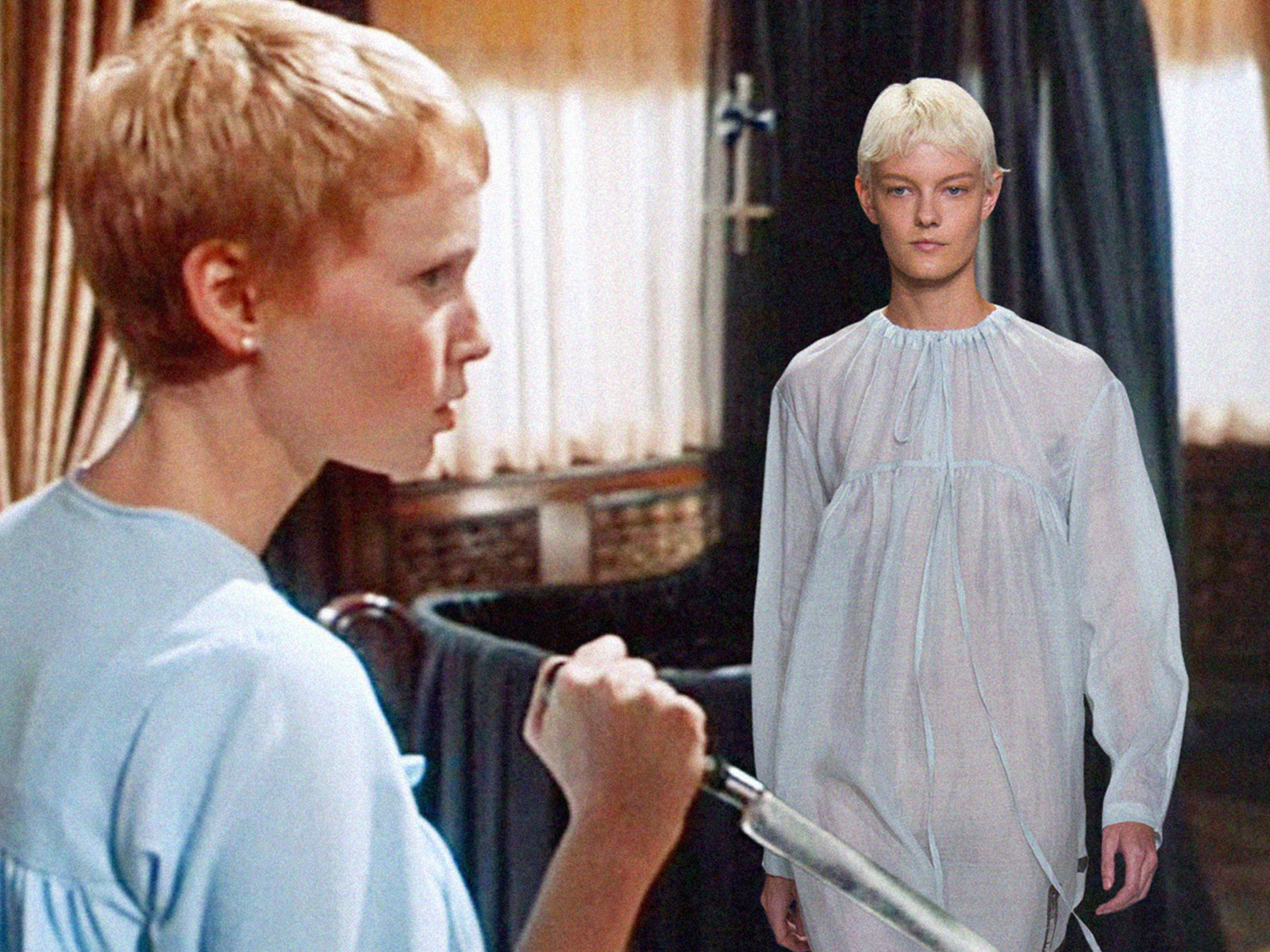 Social media is where you exhibit your compositions. Have you ever planned or thought of doing an exhibition in a gallery, for example? Turn the artworks into fine art prints?
I thought about it, but I’m not sure if it’s legal (laughs).
Have you ever had copyright issues?
I haven’t because I don’t sell the images I post on Instagram. I’m not making money out of them so I don’t think there’s a problem. But I did some research and… I’m using other people’s work, faces, images, etc. I definitely see myself getting into trouble if I tried to sell them or display them somewhere other than Instagram. Of course, if the author of an image asks me to take it down, I will.
What are the next steps in your career now? Any future projects we should know of?
I would like to take these collages to another level, whether be it by creating the photos myself or by working more with brands to create content, stories, campaigns, etc. I’d like to have more collaborations. I feel that what I’m doing right now is by myself and I would like to work with different people and their ideas; sometimes, you get lost in your own head and it’s good to hear what other people have to say. As for career wise, I’d like to expand to photography, film or different mediums. I just want to get out of Photoshop, but I’ll keep doing images. 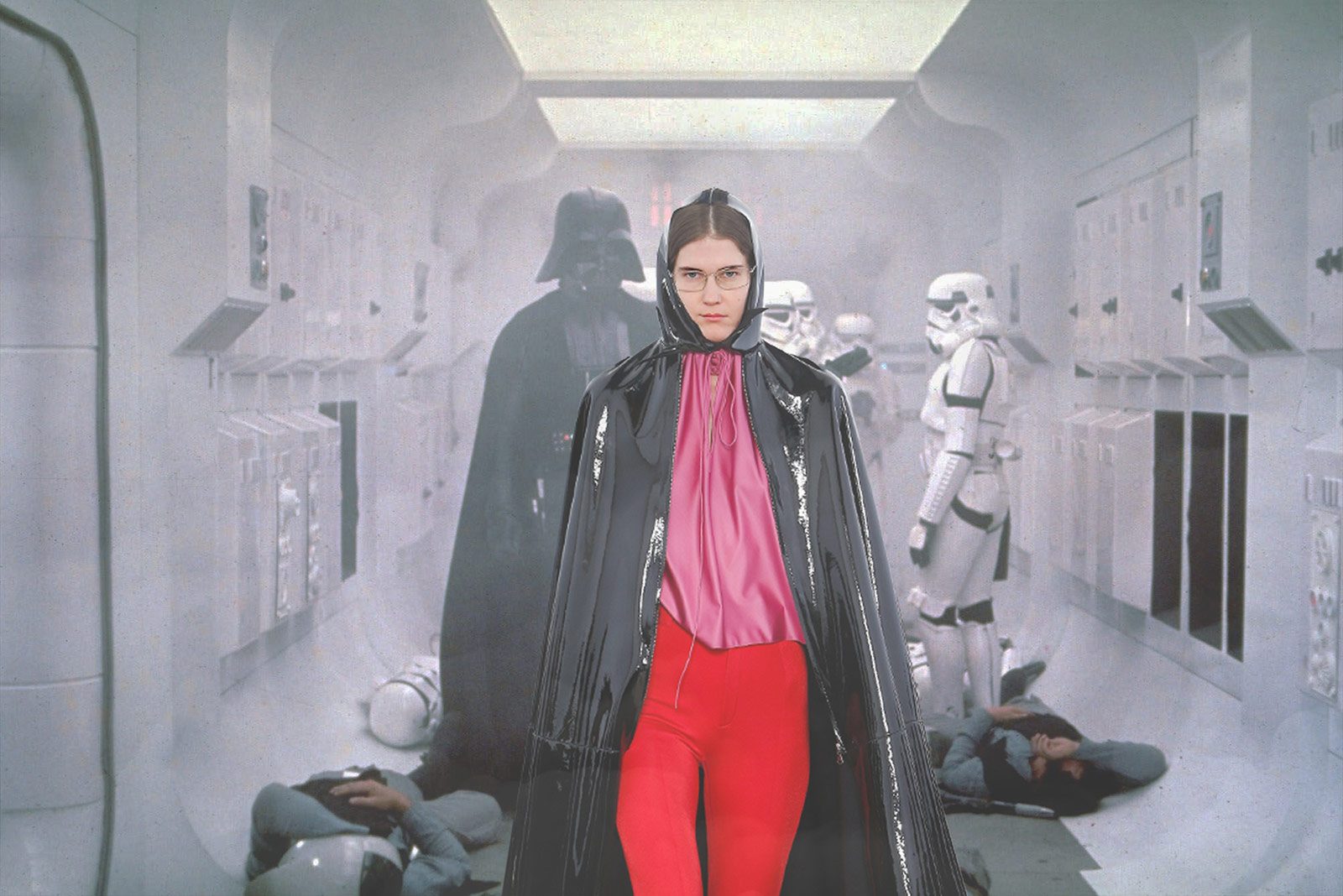 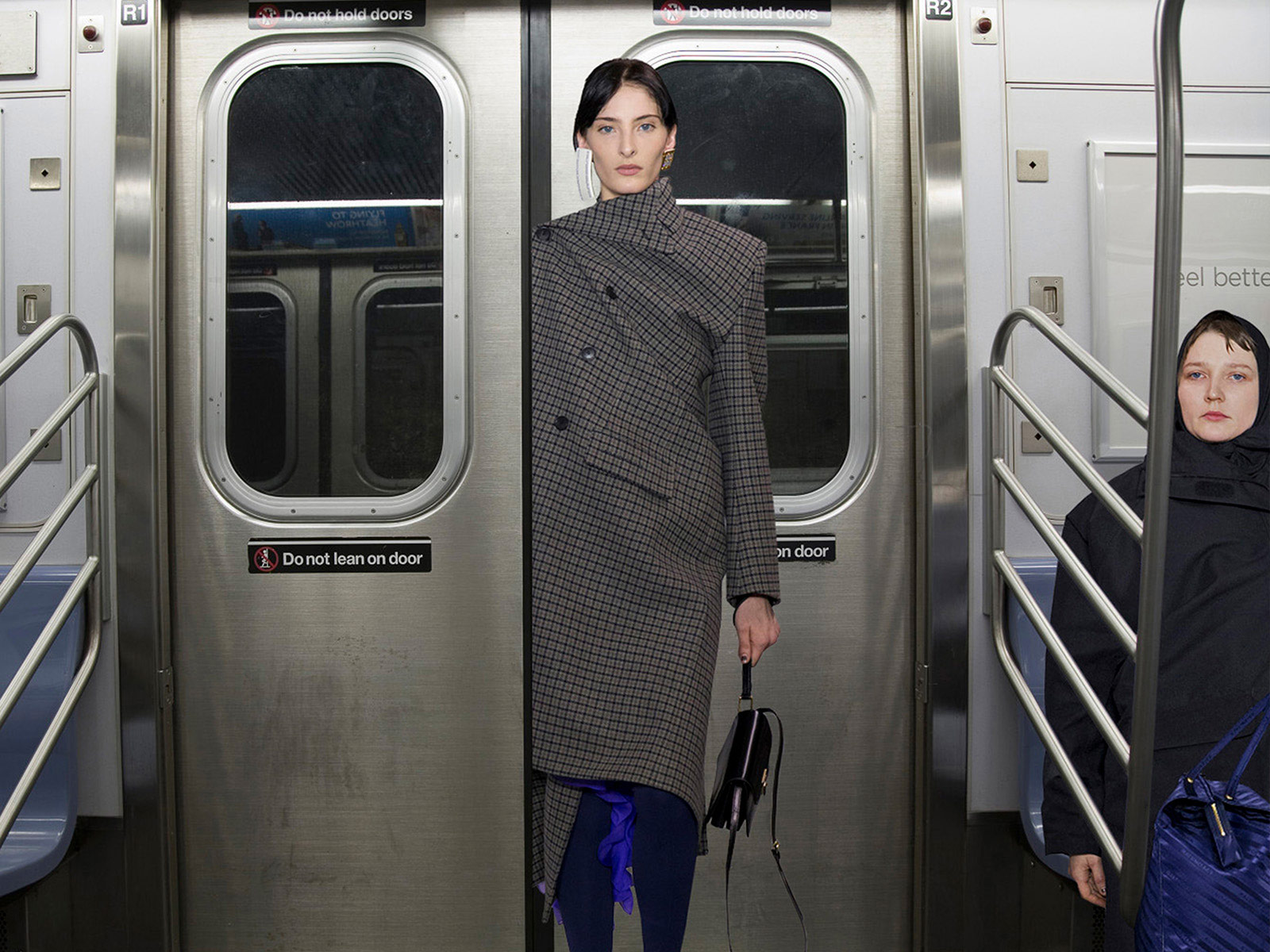 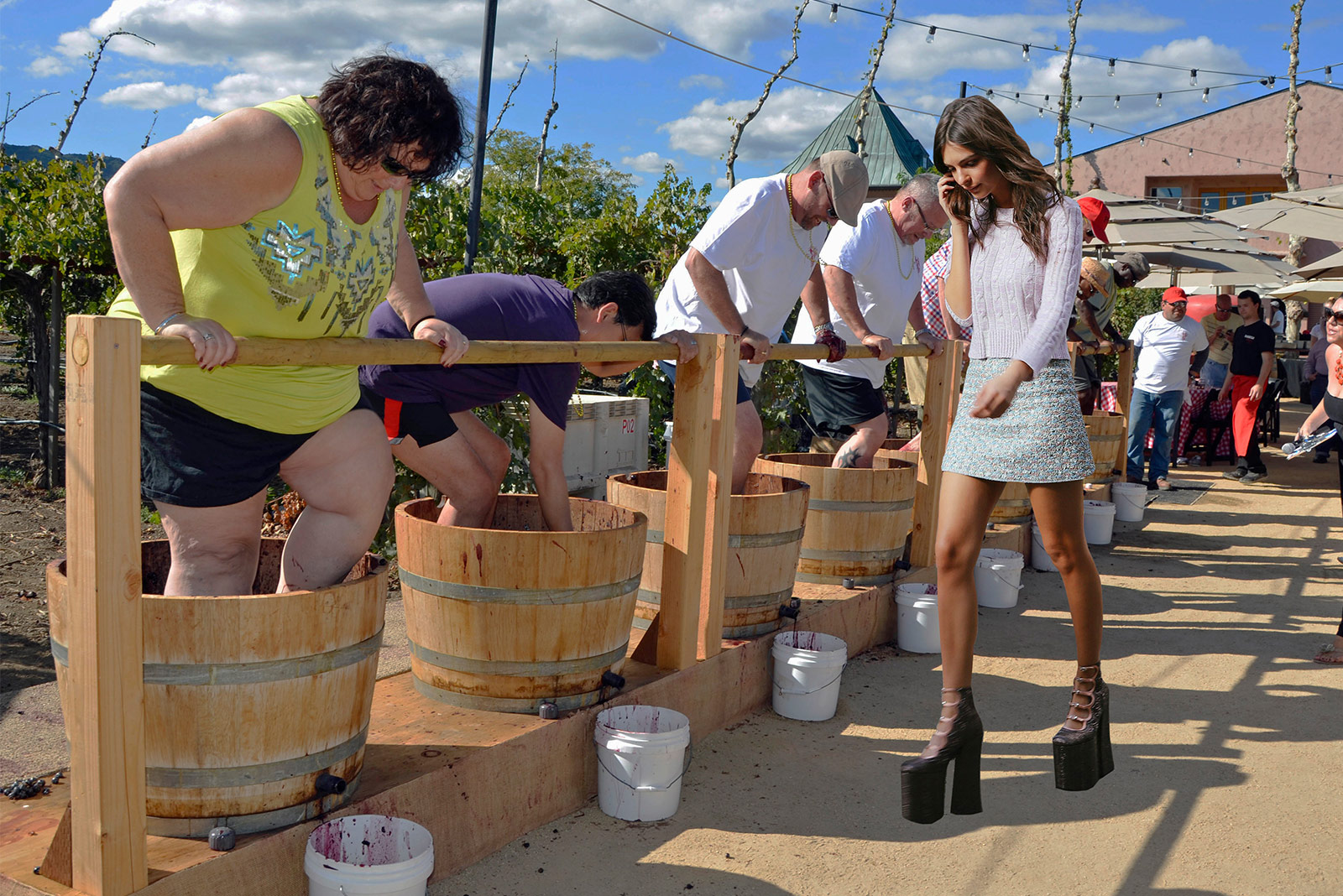 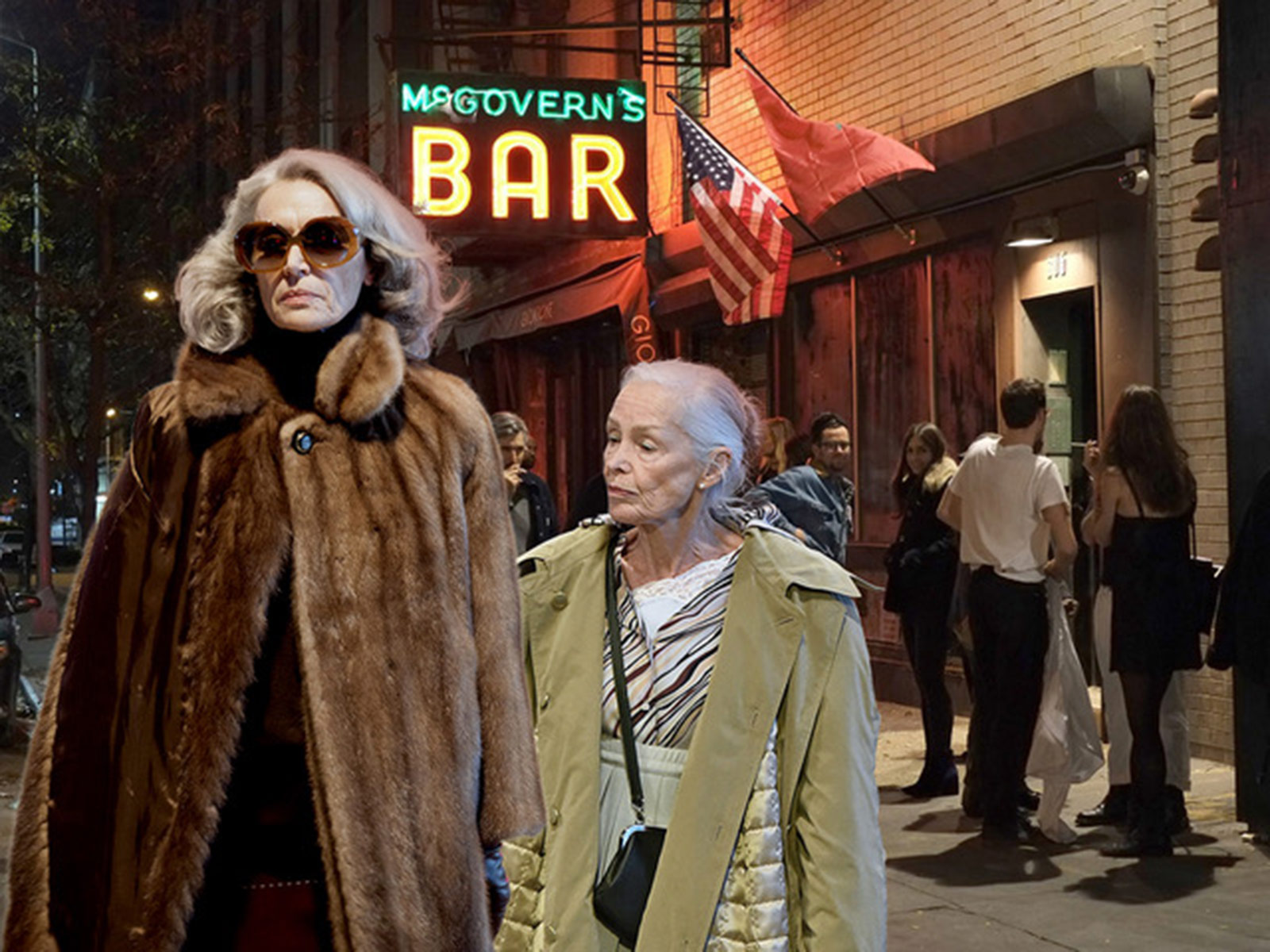 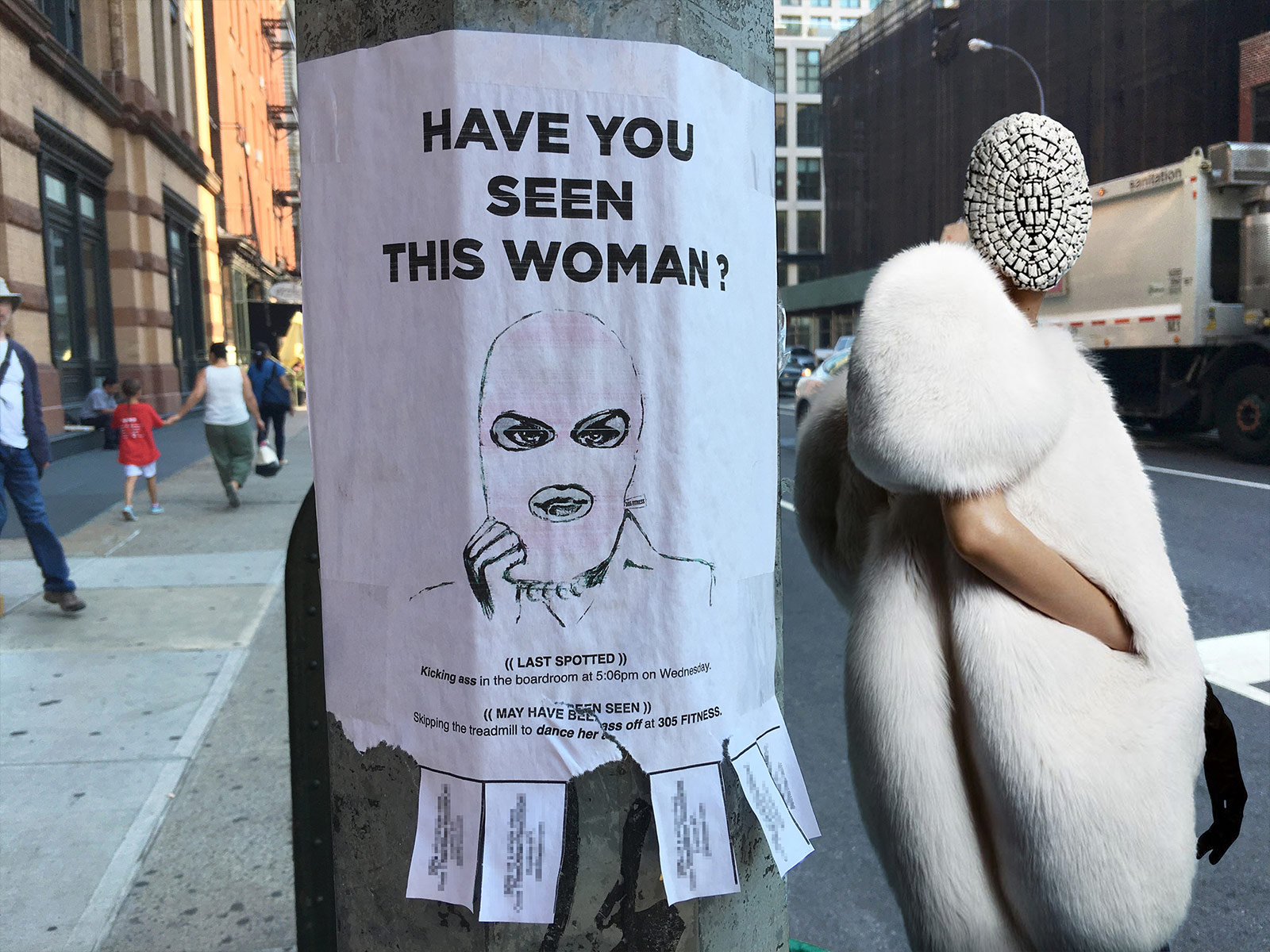 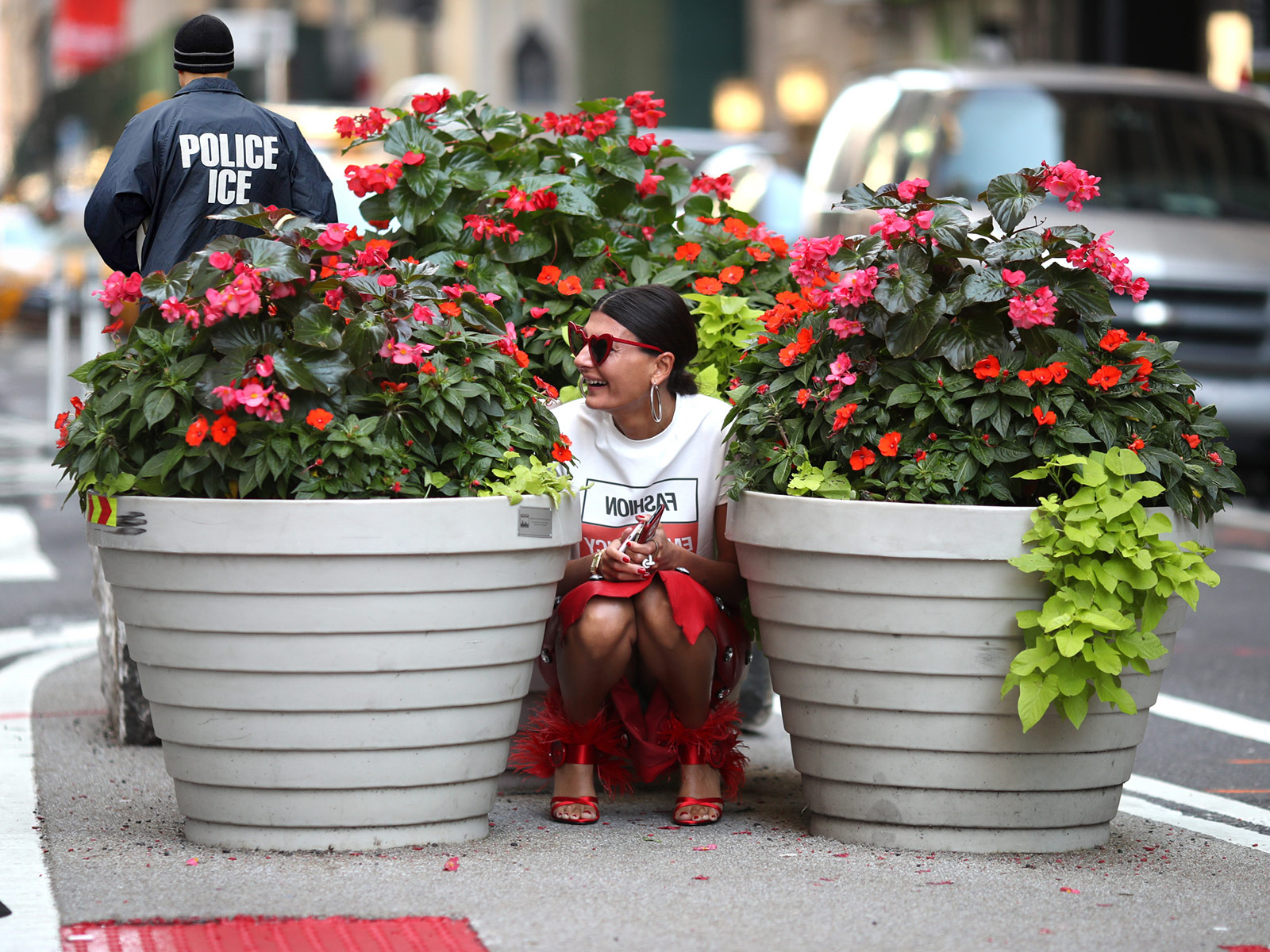 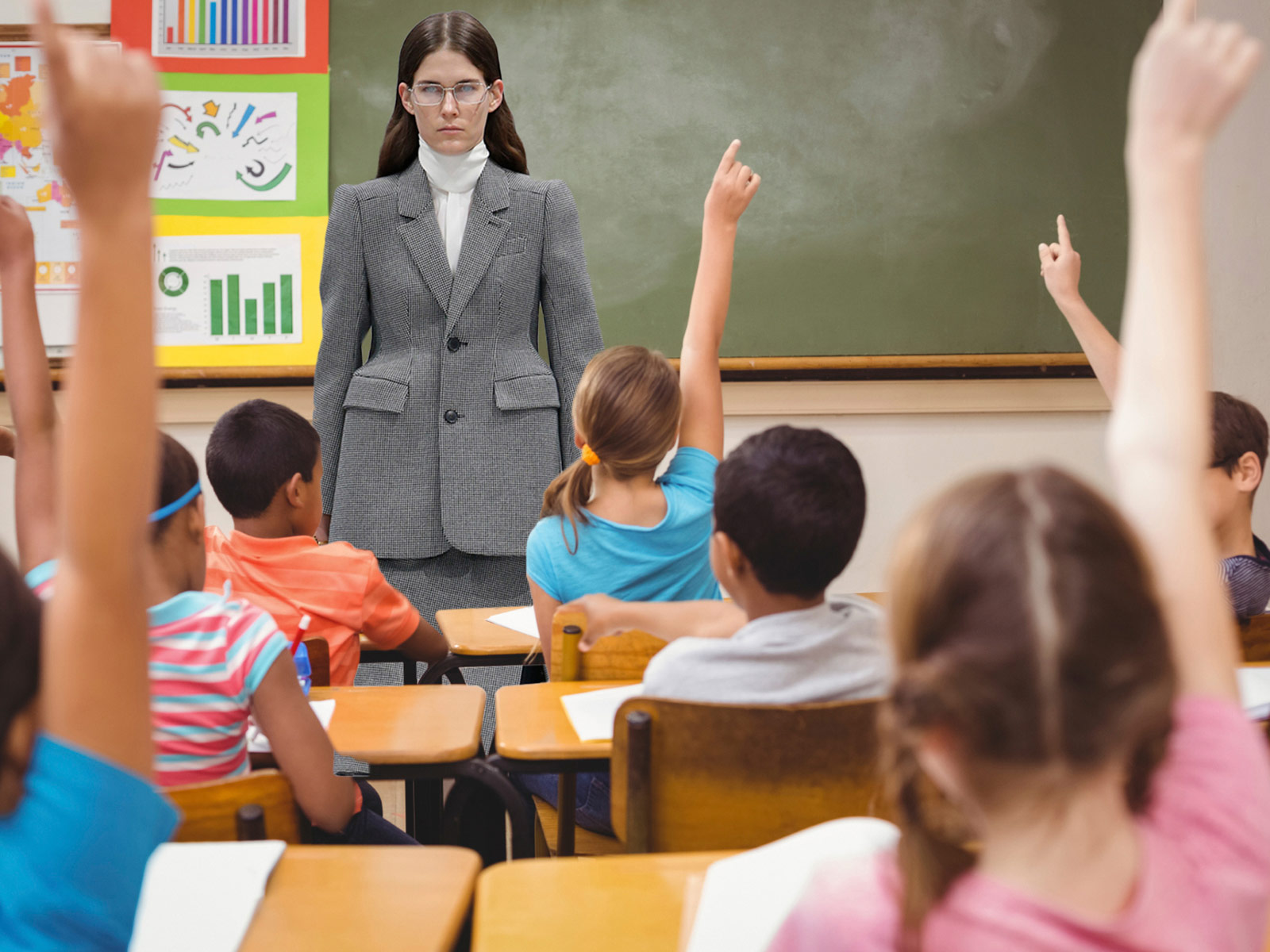 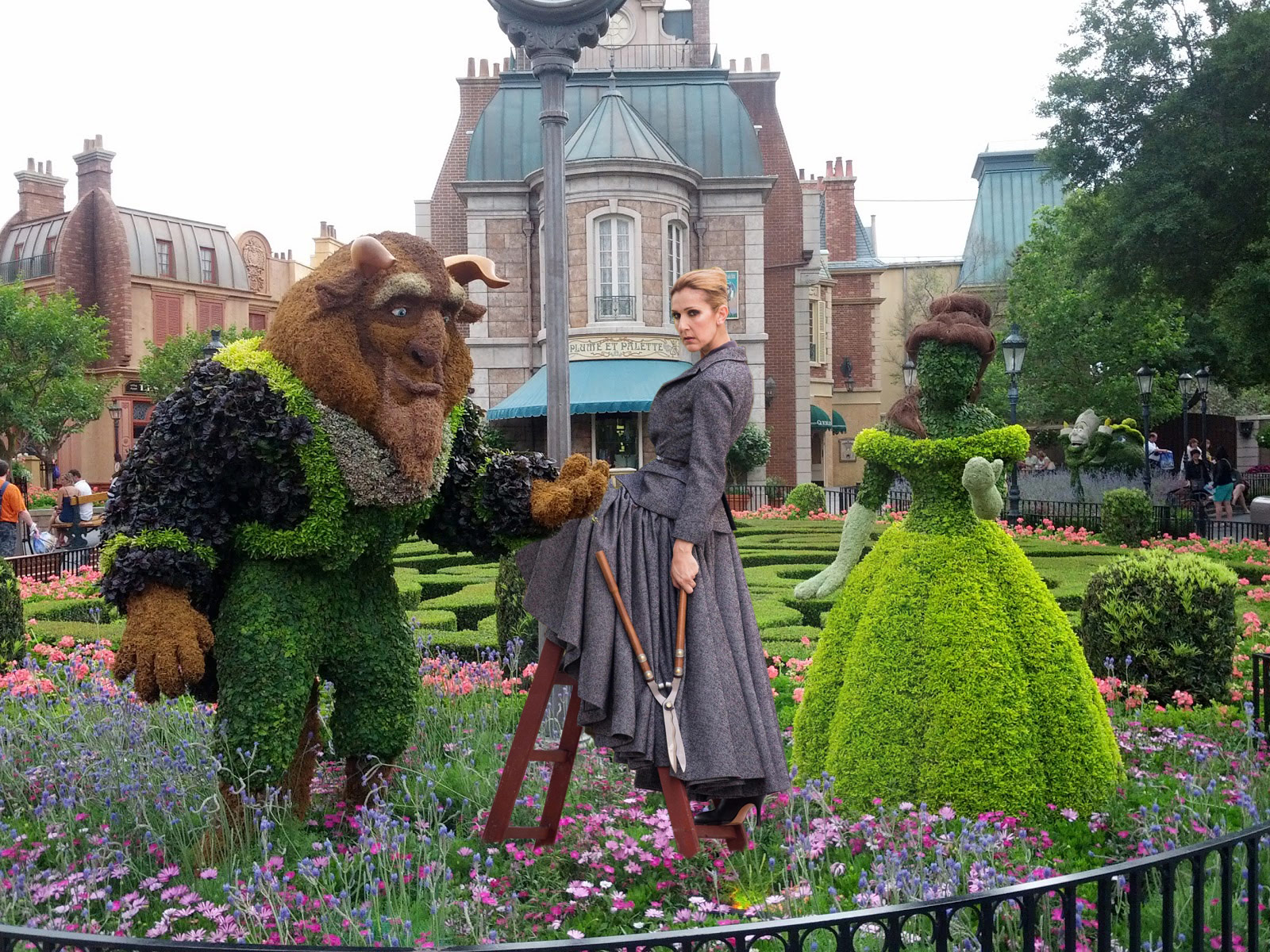 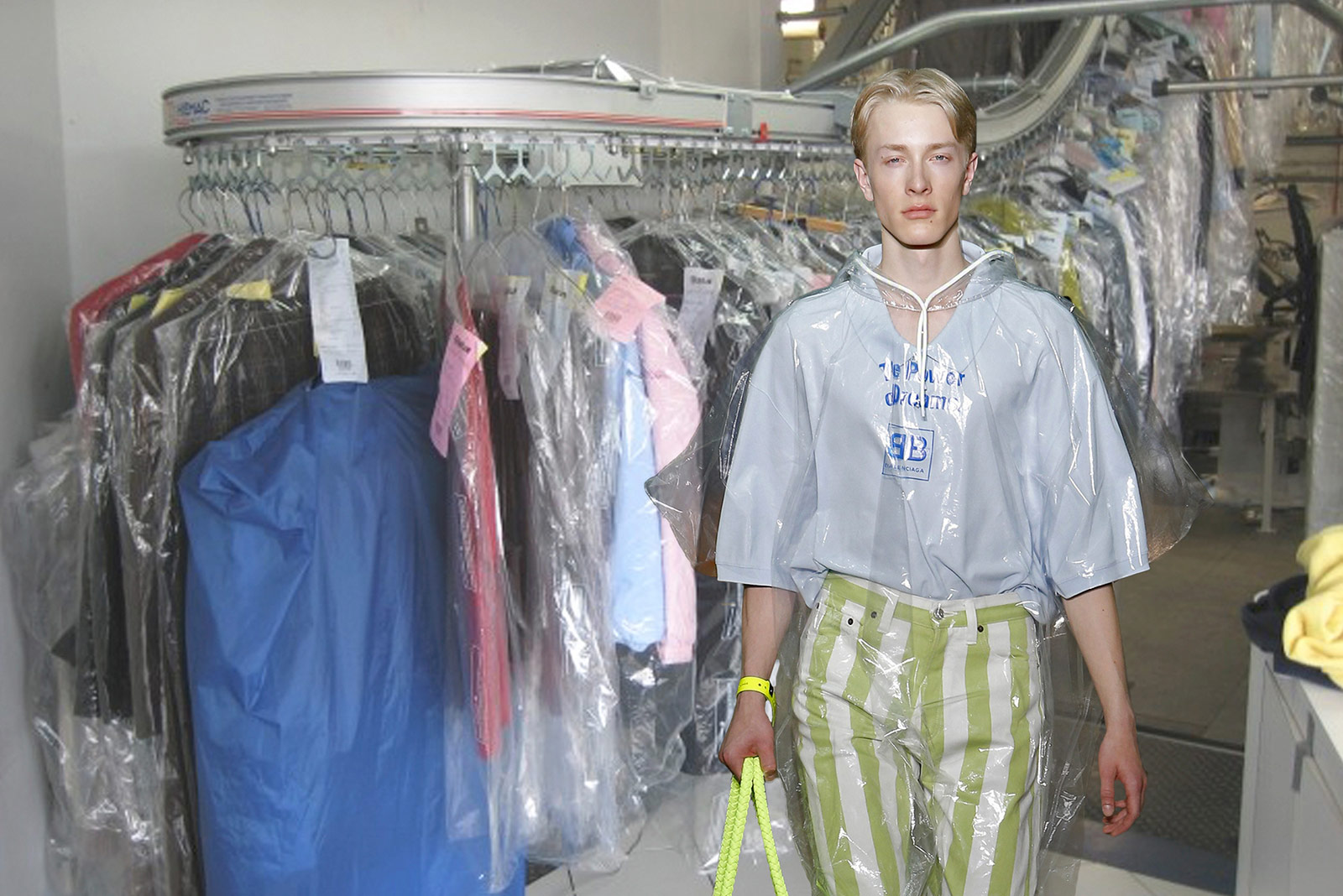 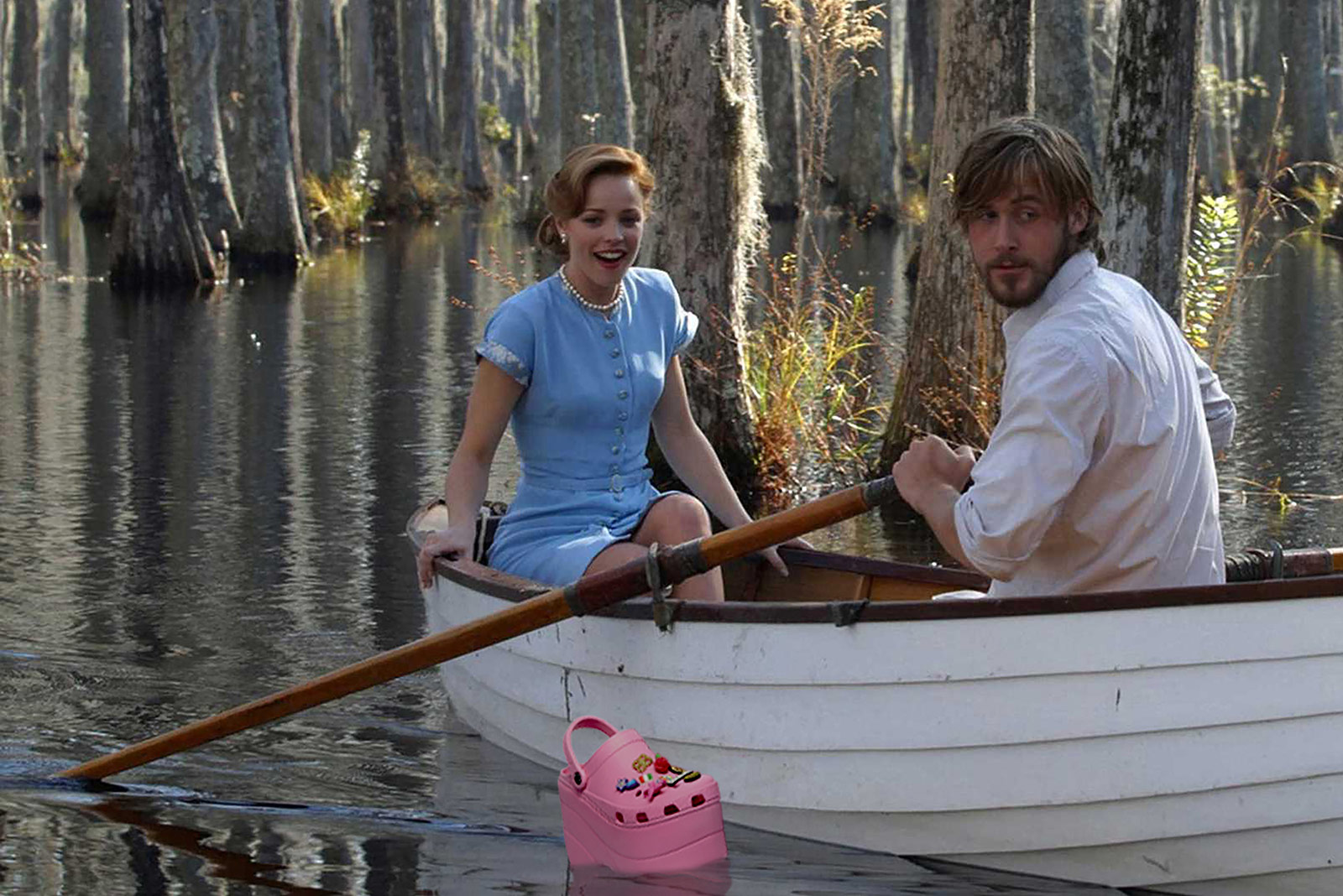 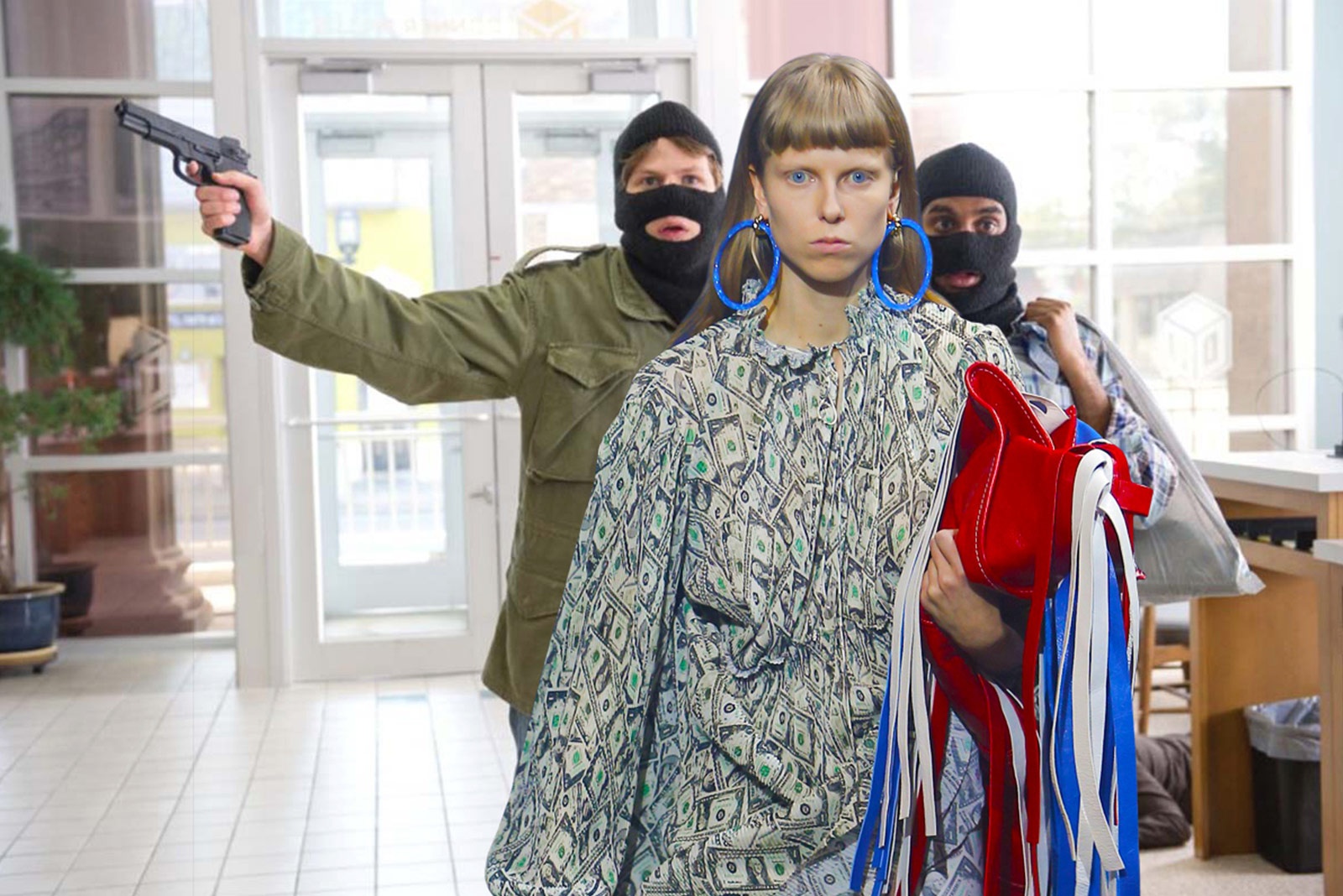 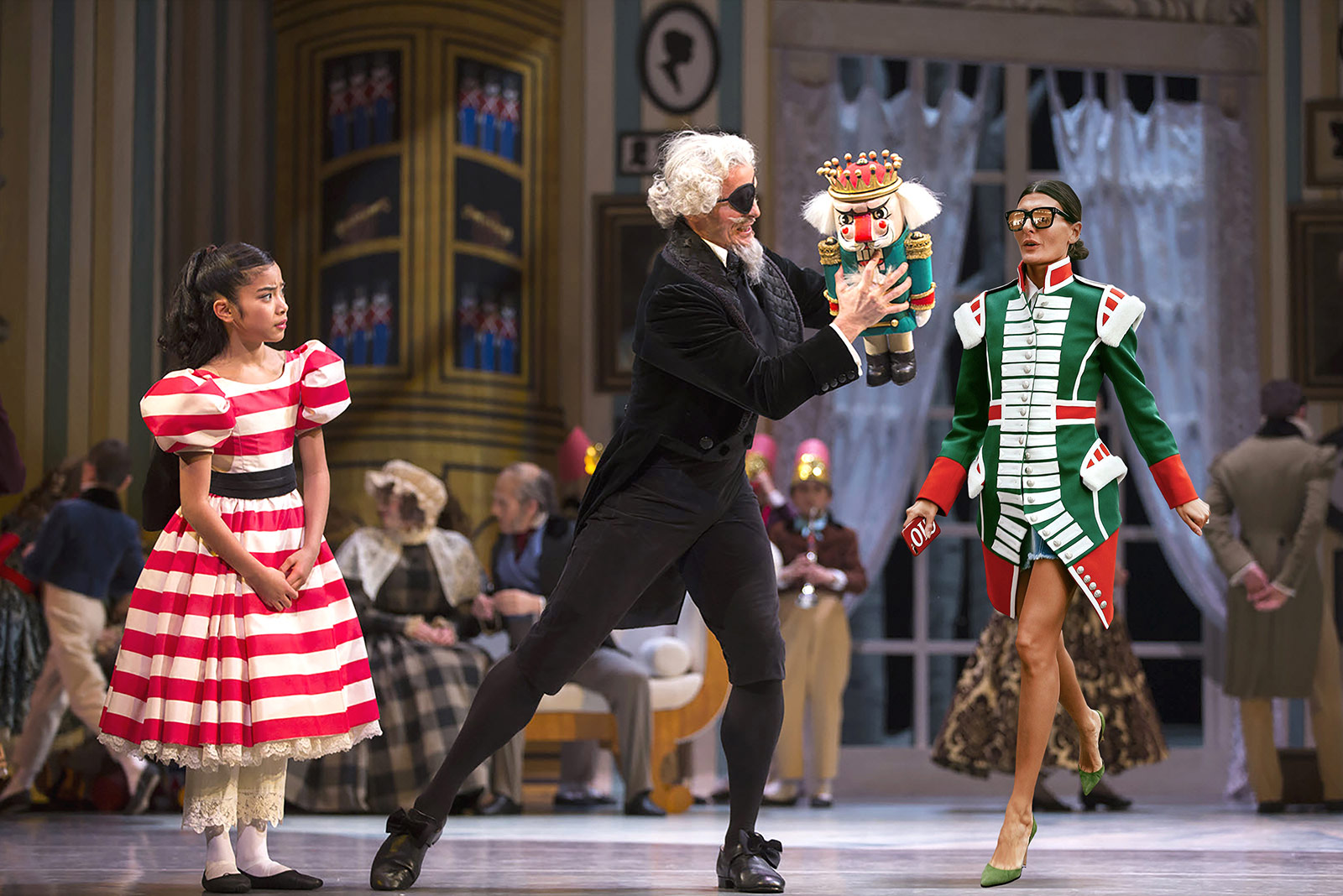 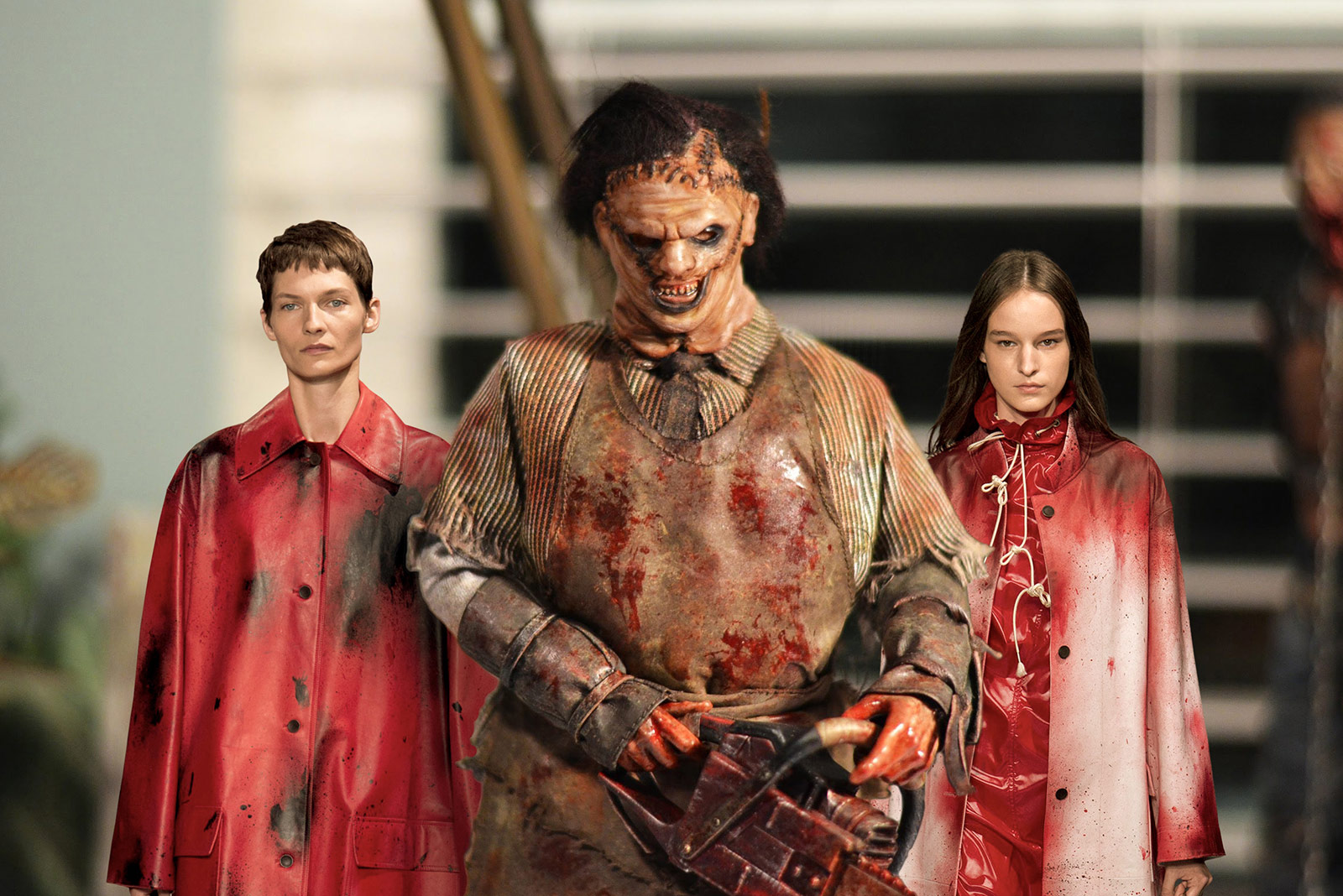 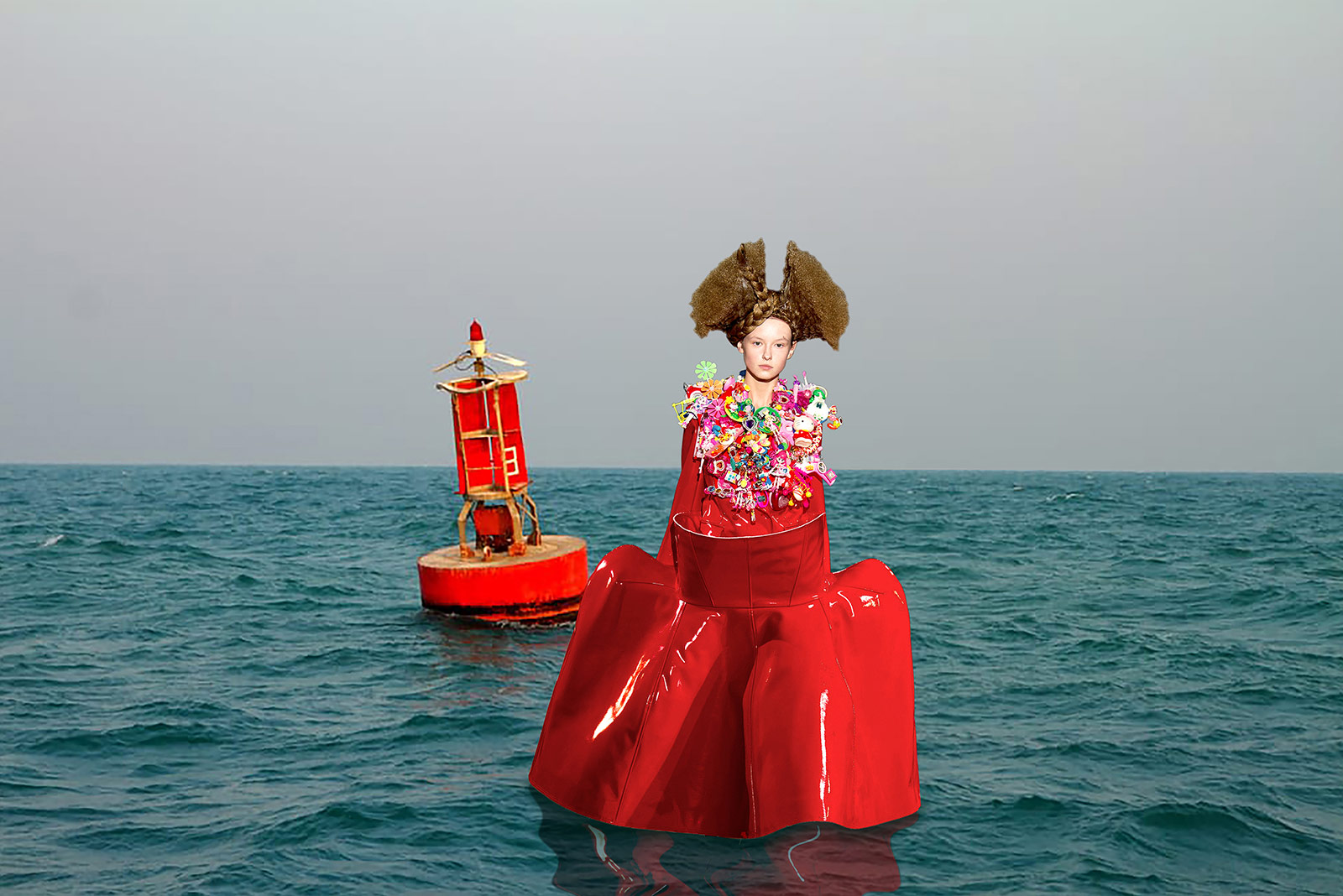 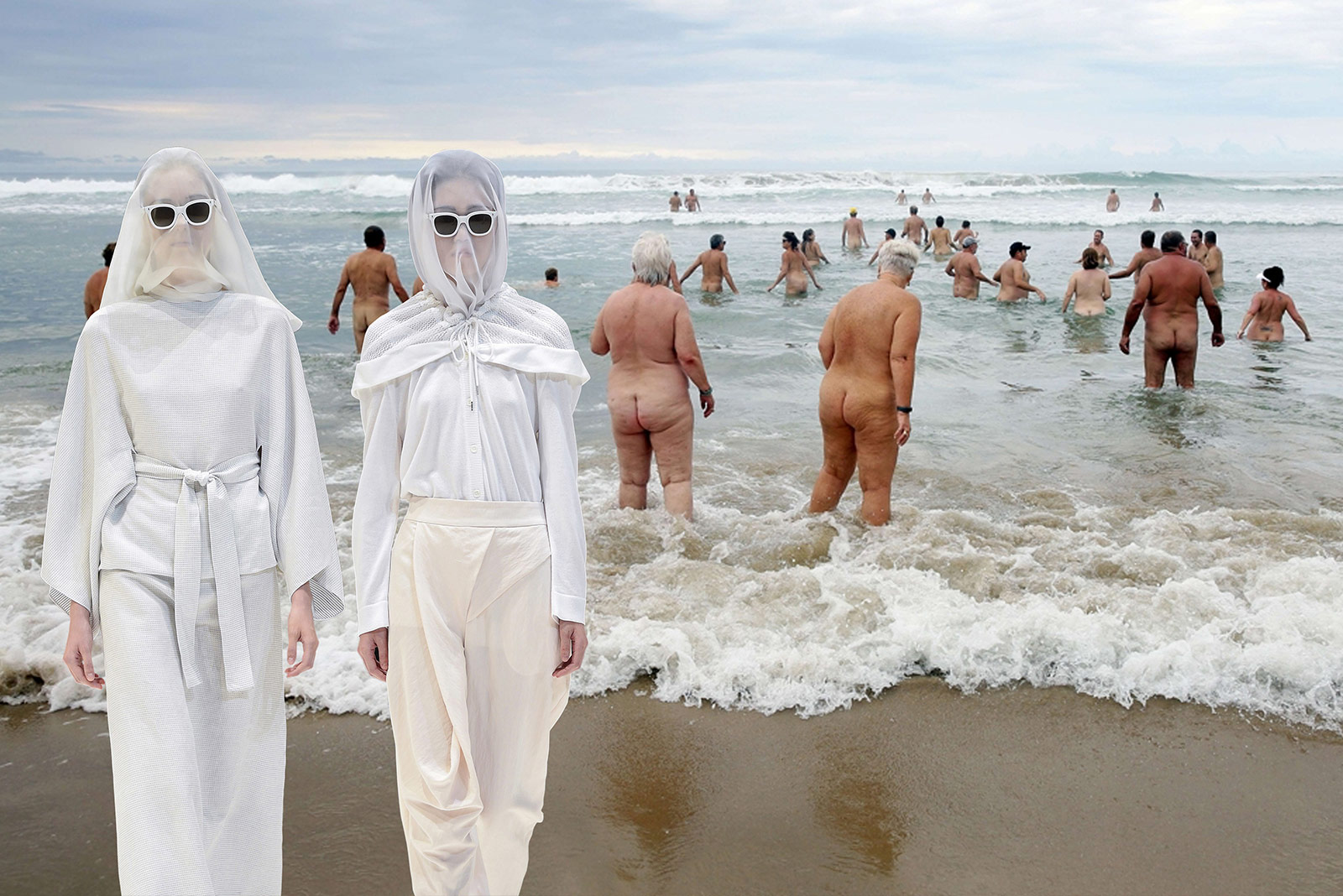 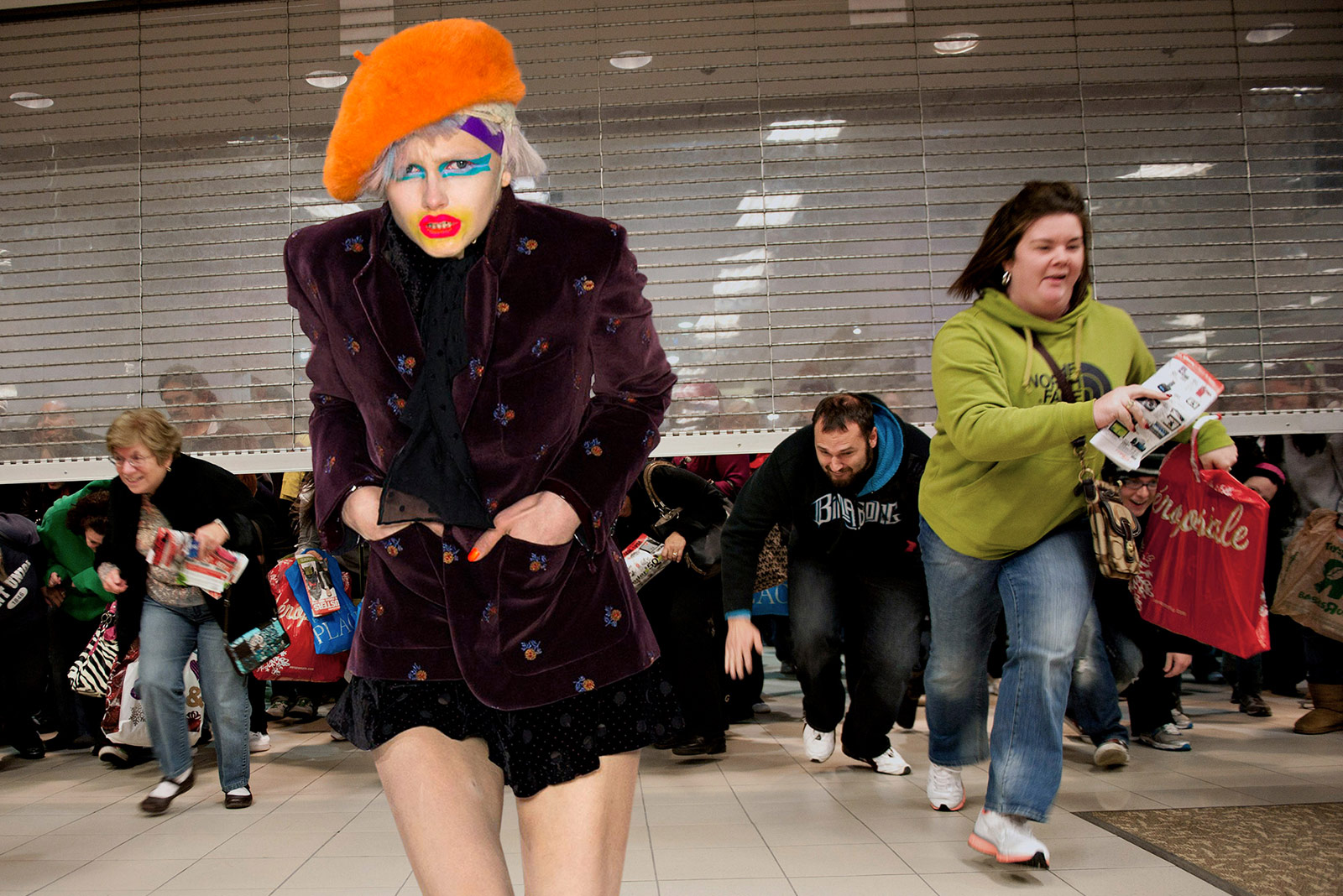 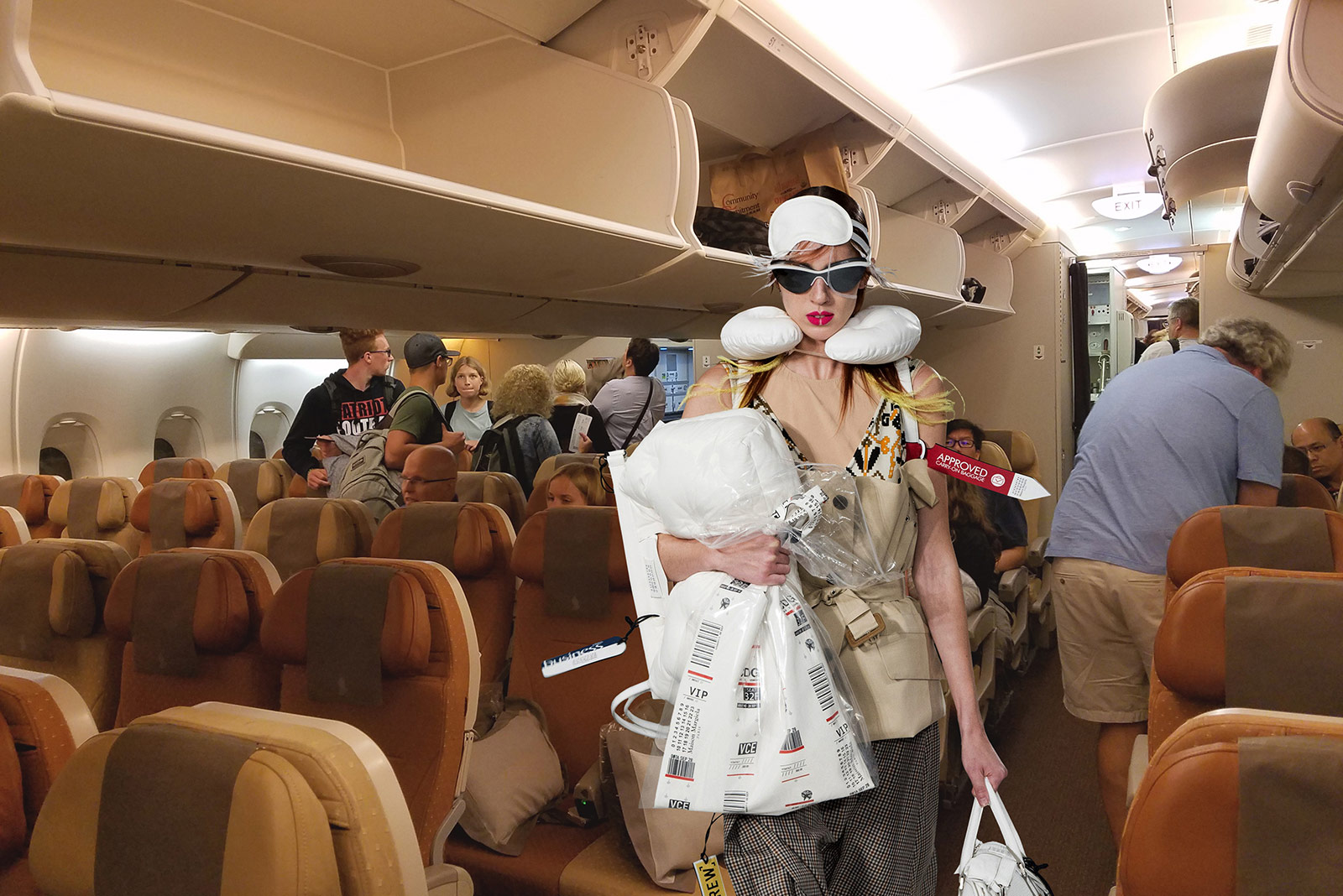 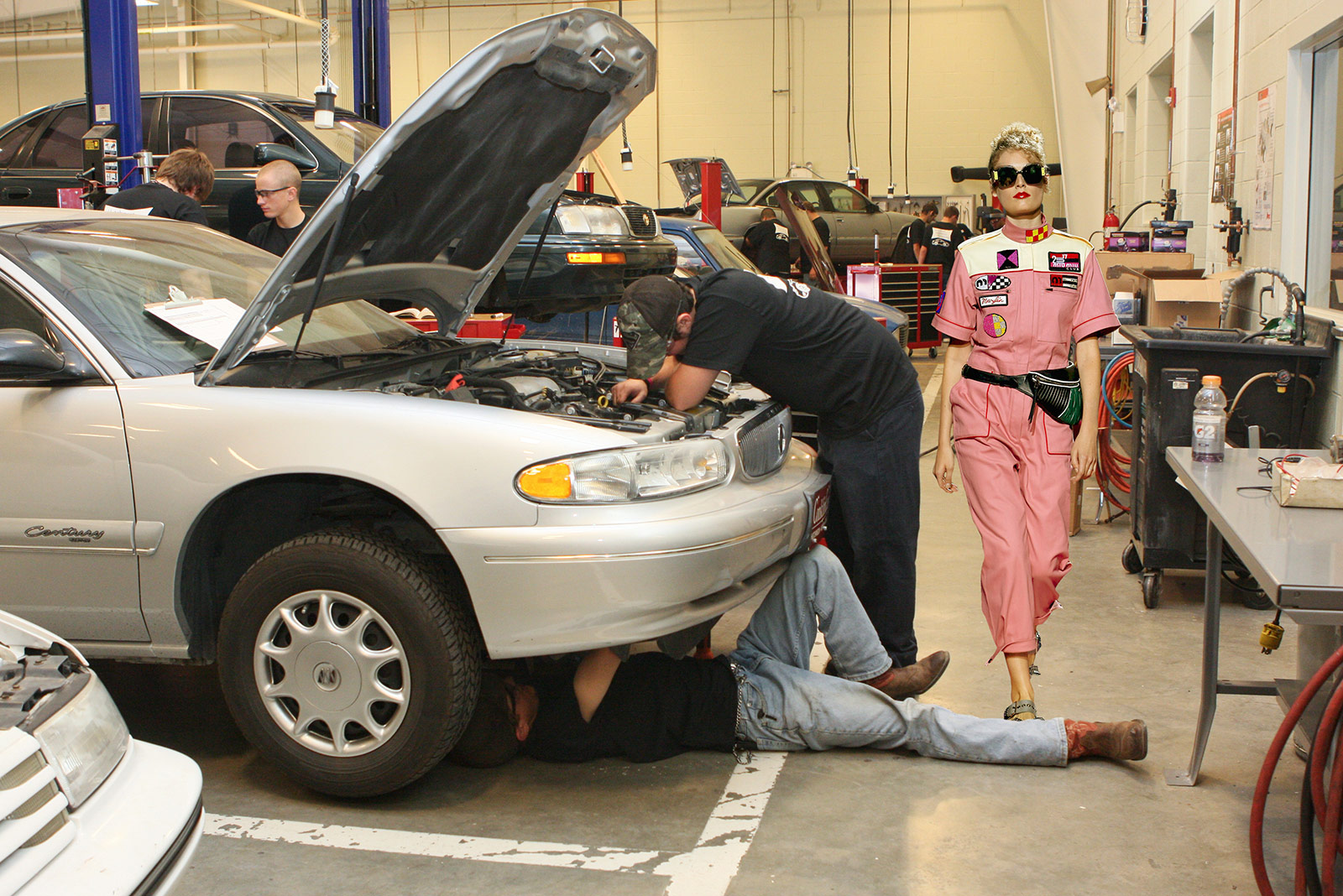 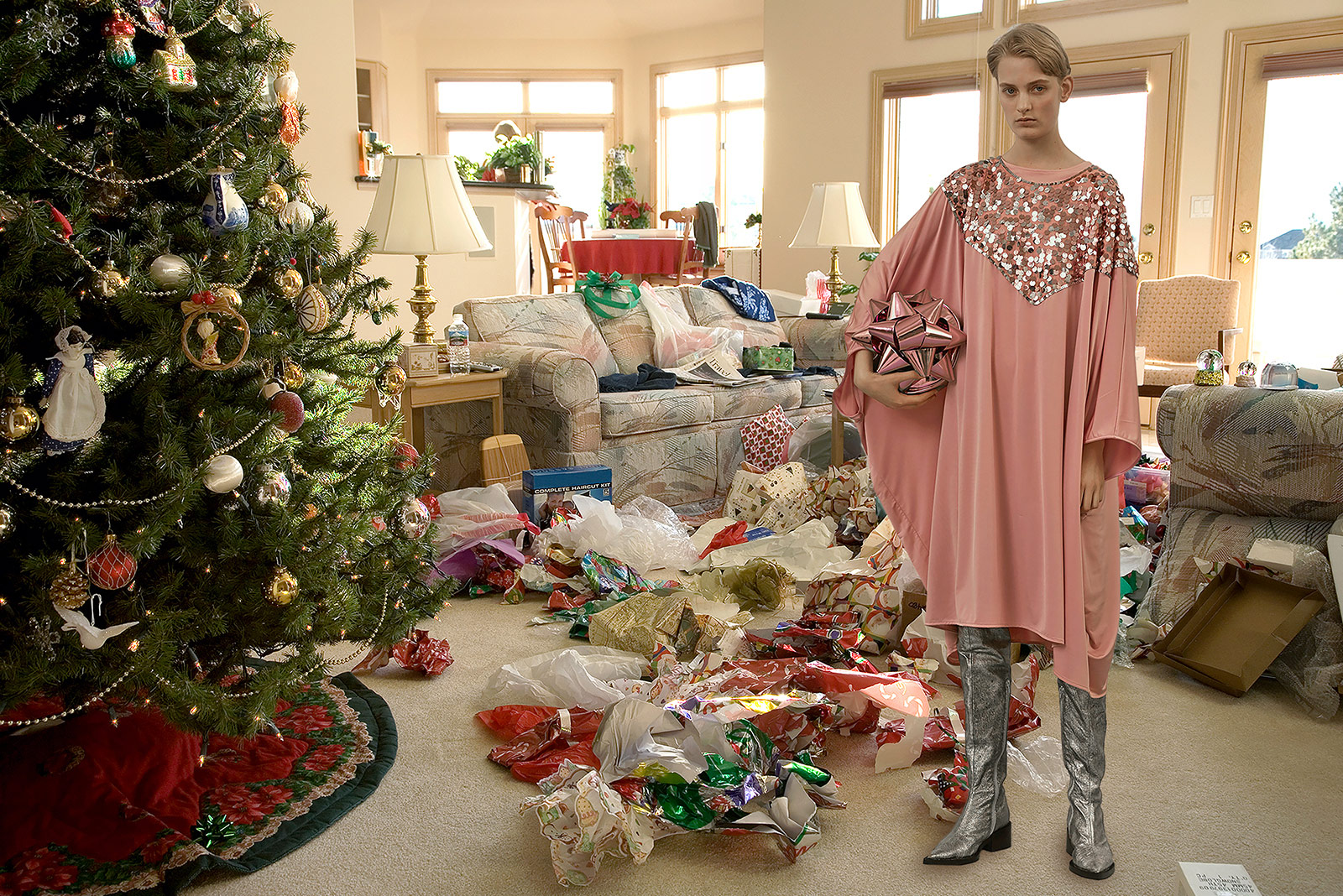 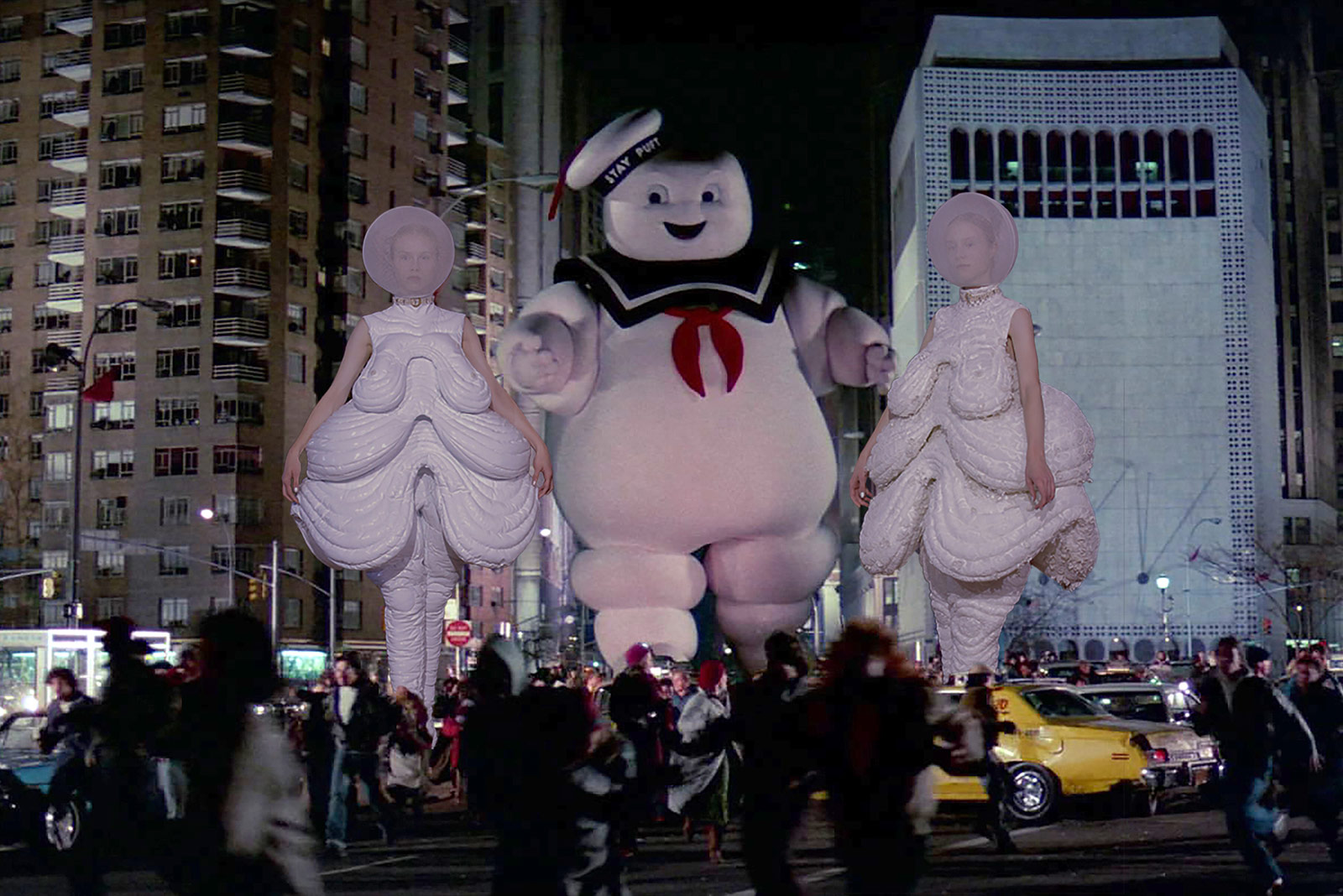 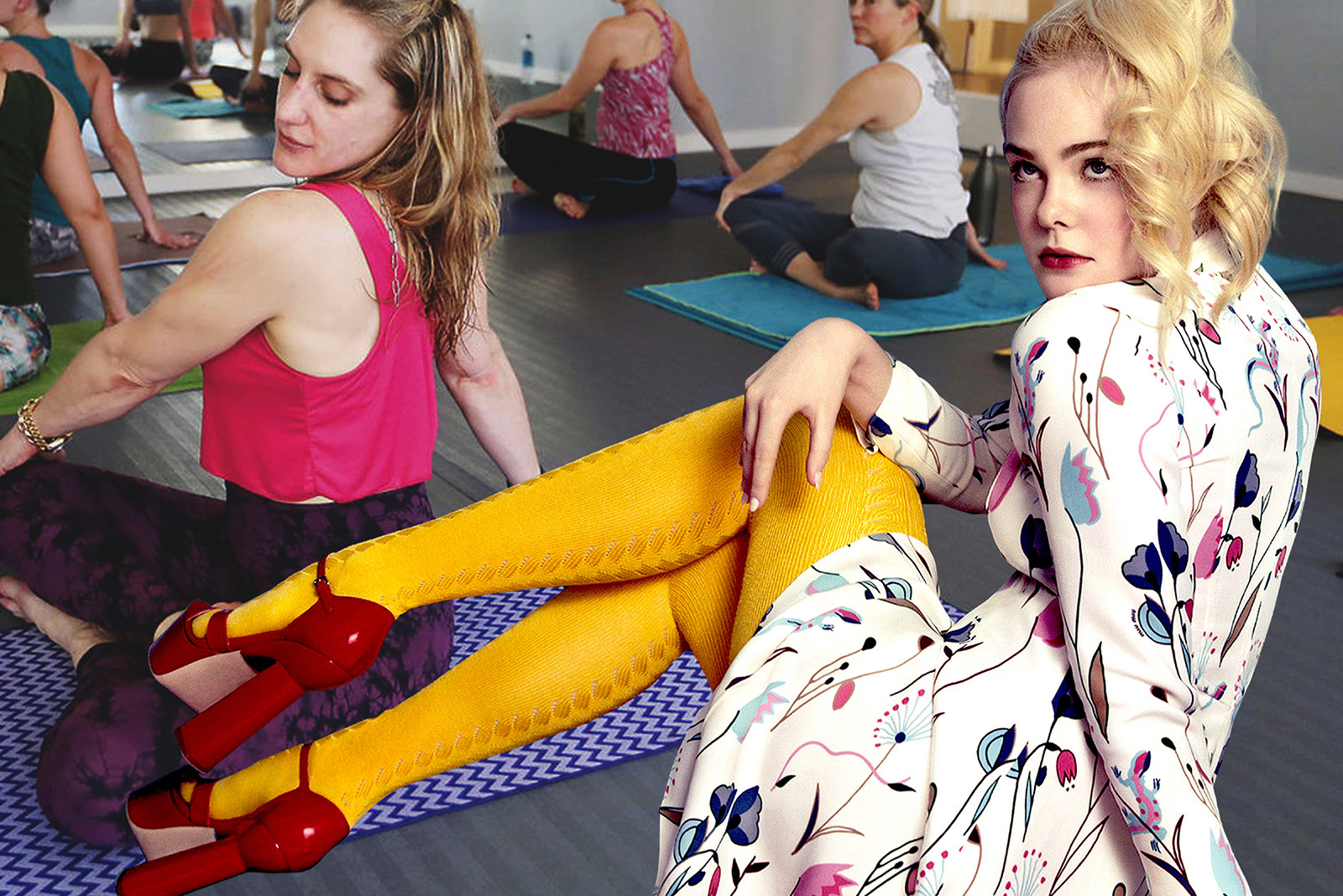