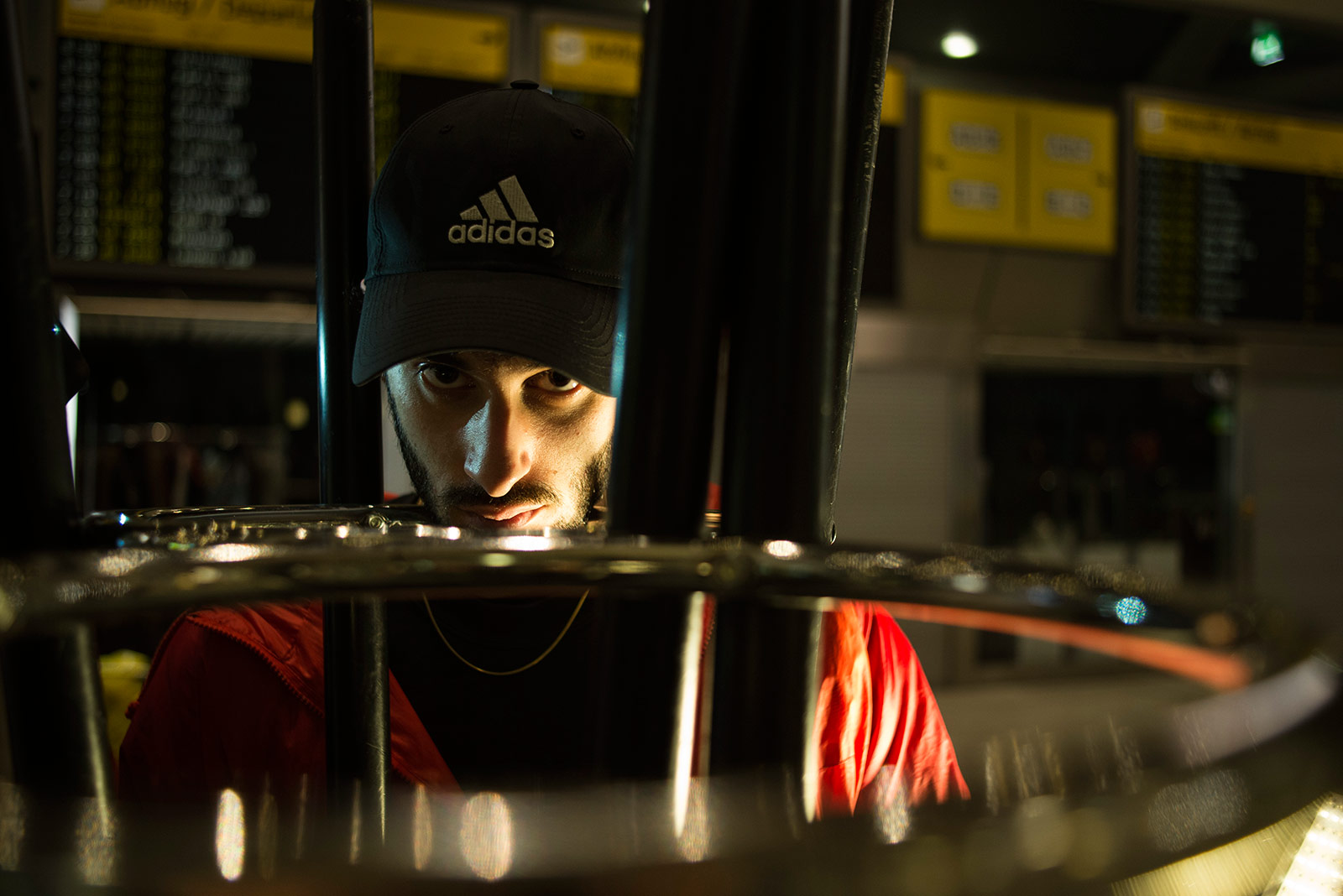 In Landau (Germany) there’s a growing generation of talented musicians who are carving out a place in the music industry, calling themselves FFriends FForever family, and being Search Yiu one of its members. With a mix of R&B, ambient, hip-hop, synths and amazing vocals, it's hard to believe that almost all his records are just homemade. Back in 2015, Search Yiu released his first EP, Drugs I Did, but it was just the beginning – the next 14th of February, on Valentine's Day, he and his band will be releasing their debut album, Ride On: more R&B, more hip-hop and more outstanding, enchanting vocals. We talked to Search Yiu to get to know him better.

We interviewed you when you were playing with Mehawk, what happened with it? What made you start your new solo project, Search Yiu?

For some reasons, I decided to leave the band and to start over as Search Yiu. But I wouldn’t really call it a solo endeavor, because I’m not all alone making and performing songs – still got a crew with me.

On February 14th you’ll release your debut album, Ride On, how was the recording of it?

I started recording some ideas last summer at home. But I prefer to finish stuff with friends, and I realized that my dear friend and roommate Tim –aka Kalk Raus– and I shared the same taste and ideas of how the songs should sound. We can now call the whole album our baby. There were a few parts we recorded in our friend’s studio in Leipzig, but almost everything on the album is homemade. Every evening, we met in Tim’s room to work on the ideas and almost every evening we ordered pizza. Weekends included wine as well.

Back on 2015 you released your first EP, Drugs I Did. How would you compare the songs that appeared on it with the ones from this new album?

I guess I improved my songwriting ability and my singing since the first EP. I produced and mixed my first songs almost alone (except for Drugs I Did), and for the album I had Tim’s help, who’s really talented in producing and has much more knowledge on that. So the album sounds somewhat more professional. But the topic of the lyrics remains the same: death and people I don’t want to have in my life.

In Ride On you’ve got two collaborations – one with Doomhound, and another with Drangsal. Did you conceive the record with these collaborations on mind?

I was pretty sure about them being on the album, because ever since I started the project, I’ve been writing songs with them from time to time. Drangsal and I have been sharing a flat for over a year now, and of course we’re making music together. They’re both in my live band, too. I won’t ever do an album without features.

Six months ago you released the song MTVboy as a demo, a track that’s also included in your new album. Why did you decide to release it sooner than the rest?

I hate thinking too much about whether it’s the right time to put something online or not. I've just started as Search Yiu, so nobody is waiting or expecting anything yet. If a song is listenable and doesn’t just sound like shit, I sometimes like to share it, even if it’s not finished. That’s better than not releasing anything for half a year.

You’ve been on tour supporting Sizarr, what is your relation with them? How was the experience?

We grew up in the same village and are long-time friends. And I wouldn’t be able to make music in the way I do now if I hadn’t had their help. Furthermore, without them I wouldn’t have met Max (Drangsal), and without Max I wouldn’t have met Tim. Being on tour with Sizarr was fun in every way – except that lots of gear were stolen before the first show, but otherwise everything went well. Playing the first shows in front of hundreds of people was pretty nice, to begin with.

As you were saying, despite Search Yiu being your project, in your live shows you play with a band. How do you feel about sharing your music and playing with them?

Everything around this project is friends-zone, and so is the live band. I guess it’s the best way to do a live show, and I’m happy that all of my friends here can play instruments (fortunately, better than me). Everyone is involved in creating a live set and we know each other good enough to communicate when something makes no sense. And I can perform way better when I’m on stage with them.

Your songs have a big hip-hop and R&B influence. Where does your interest for these music genres come from? What bands have influenced you?

My addiction to music started with boybands like Backstreet Boys, Caught In The Act, etc., like for almost every kid my age. When I turned ten or eleven I started listening to hip-hop and R&B. I was in love with Eminem’s music, then with the 50 Cent and G-Unit stuff. Still today, I think most of their hooks are genius. And I rediscovered great songs like “I don’t wanna know” by Mario Winans, which inspired me a lot. I didn't listen to anything else than US rap until I was around 18 years old.

You describe Search Yiu as a “future R&B” genre, how would you explain it?

My music is influenced by R&B and that’s what I want it to be heard as, but there are also so many other genres that are responsible for shaping the music I do now. It shouldn’t just be a reincarnation of early 2000s R&B, it should also be as exciting and innovative as a lot of modern music.

Your aesthetics, music videos and basically the entire band's image have a specific style inspired by the internet, video games, anime…  Are these some big influences for you? What importance do you give to the band's image?

I grew up playing PlayStation games and watching Dragon Ball, One Piece, Vision Of Escaflowne and more anime. I still love them today, and I wanted to combine that with my music because it is something that really shaped me. Movies like Spirited Away involve characters that you can’t find in many other genres. There is no good versus evil – characters you think are bad at the beginning turn out to have good sides, because they are treated without prejudices. Every child should watch this.
My main influence today is the internet, but I guess I don’t have to elaborate on that. I spend a lot of time in the World Wide Web discovering new music, like everyone else. And while a band image is generally important, it shouldn’t be the top priority. Music is only authentic if you just do what you want to do. It’s sad to see musicians that seem to try sticking to a formula out of a music academy’s textbook with only popularity and image in mind.

What are your upcoming plans?

Releasing the album on Valentine’s Day and playing live shows after that. But there aren’t much more plans yet, we will see what 2016 will bring! 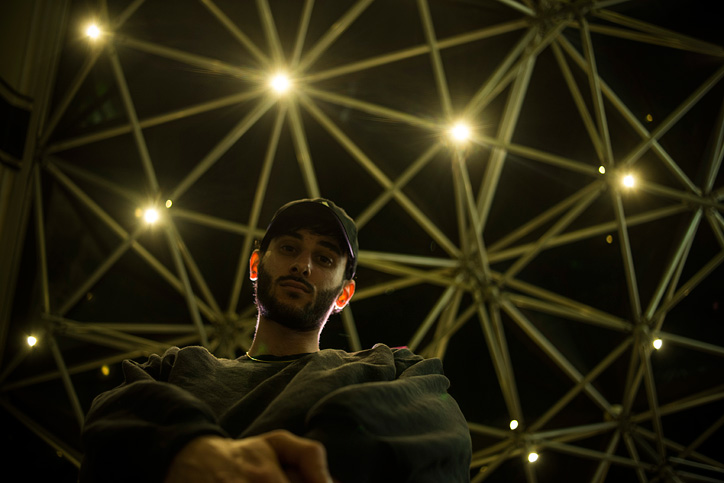