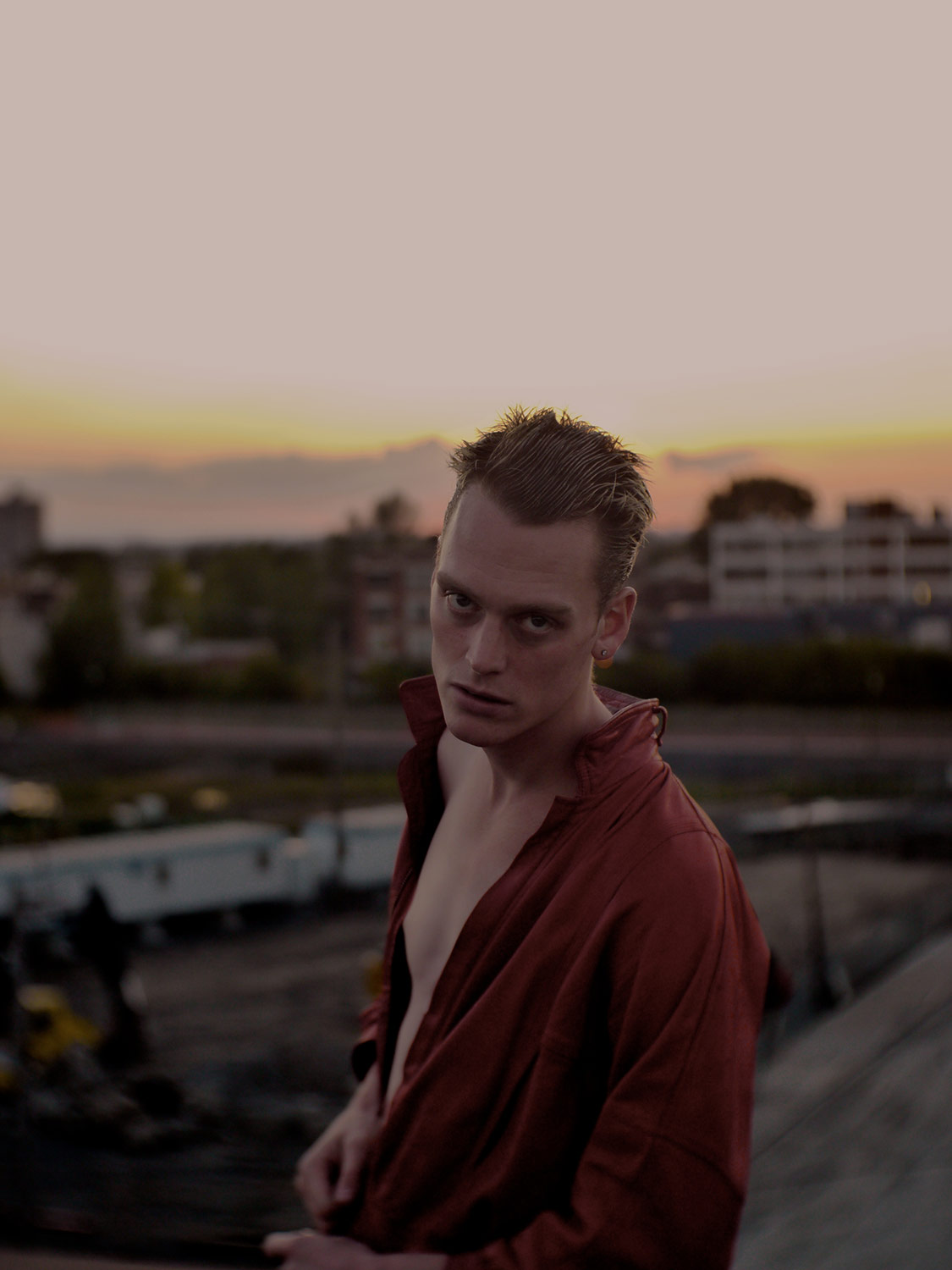 Nostalgic dream pop mixed with 70’s soft rock: that’s Other Death, the new album by Sean Nicholas Savage, released through Montreal label Arbutus Records. Captivating melodies, enchanting soft vocals and a brilliant production have made from Savage’s eleventh album his most sophisticated cut record yet. Despite its emotional lyrics and dark title, Other Death is more upbeat and pop than any of his previous albums. It also features appearances from his label mates Blue Hawaii, Errheard from Doldrums and Tops, as well as songwriter Nite Jewel. We talked to Sean, the master of tenderness, to know a little bit more about the record that has captivated us – again.

This is a italicOther Death is the poppiest of your albums; what did you want to express with it that you hadn’t conveyed in your previous album, Bermuda Waterfall?

Other Life is sort of the conscious record, Bermuda Waterfall was very much based on dreams and the subconscious, so then I thought I would move on to an unconscious record. In full faith, the greatest ideas, where do they come from? I don’t take credit for them as an artist personally, I couldn’t, so I thought, more good ideas, if I tried to push just unknowingly at some music sort of like improve, but with a pop structure, because those quick thoughtless moments are always the most revealing and sincere. That’s one of the many big differences, for example.

Other Death was recorded in Santa Monica, L.A., why did you decide to do it there and how was the recording process like?

I did the record with Agor (Blue Hawaii), and he grew up in Vancouver, and I wanted to record in Vancouver for a few reasons, but he was like, "man, I don’t wanna do it there!’’ We found a cheap apartment for two months in Santa Monica, two whole months, just the two of us! It was a blast, we just blazed the mornings away and jammed every night. Perfect, right?

Your new album Other Dead has a similar name to your 2013 album Other Live, what connection do they have?

The boy on the front.

You’ve put a poem on the cover: “Ice/ fights to stay frozen/ and melts/ only to become water/ more versatile/ its truer form/ all along.” What are you suggesting with it?

I think it’s pretty clear. I didn’t write the poem, it came to me in a dream while we were recording in Santa Monica. A quote from an interview with a teenage space celebrity, it’s about that whole thing, succumbing to thoughtlessness, which is not to be confused with stupidity hollowness, which is not to be confused with emptiness. It means that there’s more than you know now, if you follow a sincere and natural path and push with it, it’ll take you to where you didn’t even know you needed to be, where you are everything you didn’t know you’ve always been. It’s a death poem, but not in regards to life, just what comes before and after, and is going on inside and all along, the real truth, which is intangible.

Songwriting is the main focus of your music, when did you started writing?

As early as I remember, I was making notes, making points, trying to figure out what’s going on. I got a guitar when I was about eleven years old, and wrote some Smashing Pumpkins shit on that right away, if that counts.

Your music videos are performances of the songs, what importance do they have?

I know that in regards to my reach, videos are essential, a visual presence, but I also love videos, I love movies, I love them so much, so it’s a passion. My resources are limited, basically to myself, to myself and Angus Borsos.

Promises music video is split up in two chapters, in the first one you sing and dance in an apartment with your face painted in white, and in the second one you appear naked at the rooftop painted like a cat. What can you tell us about them?

The second chapter was the initial video we shot, the first idea, but then I thought, "no this is not a video, this is bullshit,’’ so we shot another video, more tangible, something I could get behind, brighter, and more human. But then when I was editing, very drunk, I though that this wasn’t enough, and then I knew why we had shot the first video, because we needed it too and together. I think it’s perfect, it expresses as much as I could, in regards to the subject of promises and trust.

Montreal has given rise to such musicians and groups like Grimes, Doldrums, Blue Hawaii or Majical Cloudz. How do you feel being a part of Montreal’s music scene?

It’s a joy to live in Montreal, an absolute joy, and the artists, my friends, painters, photographers and musicians of course are all very inspiring, it’s energising.

You’re on tour, what do you expect from your upcoming shows and how they’ve been so far?

I’ve got a great group these days, never lasts forever, so come see if you can. Three singers, myself, Better Person, and Matt Perri. It’s a joy, and I love the route. It started out down to earth in Washington, and finishes halfway through December in southern France!