Among the poppy fields 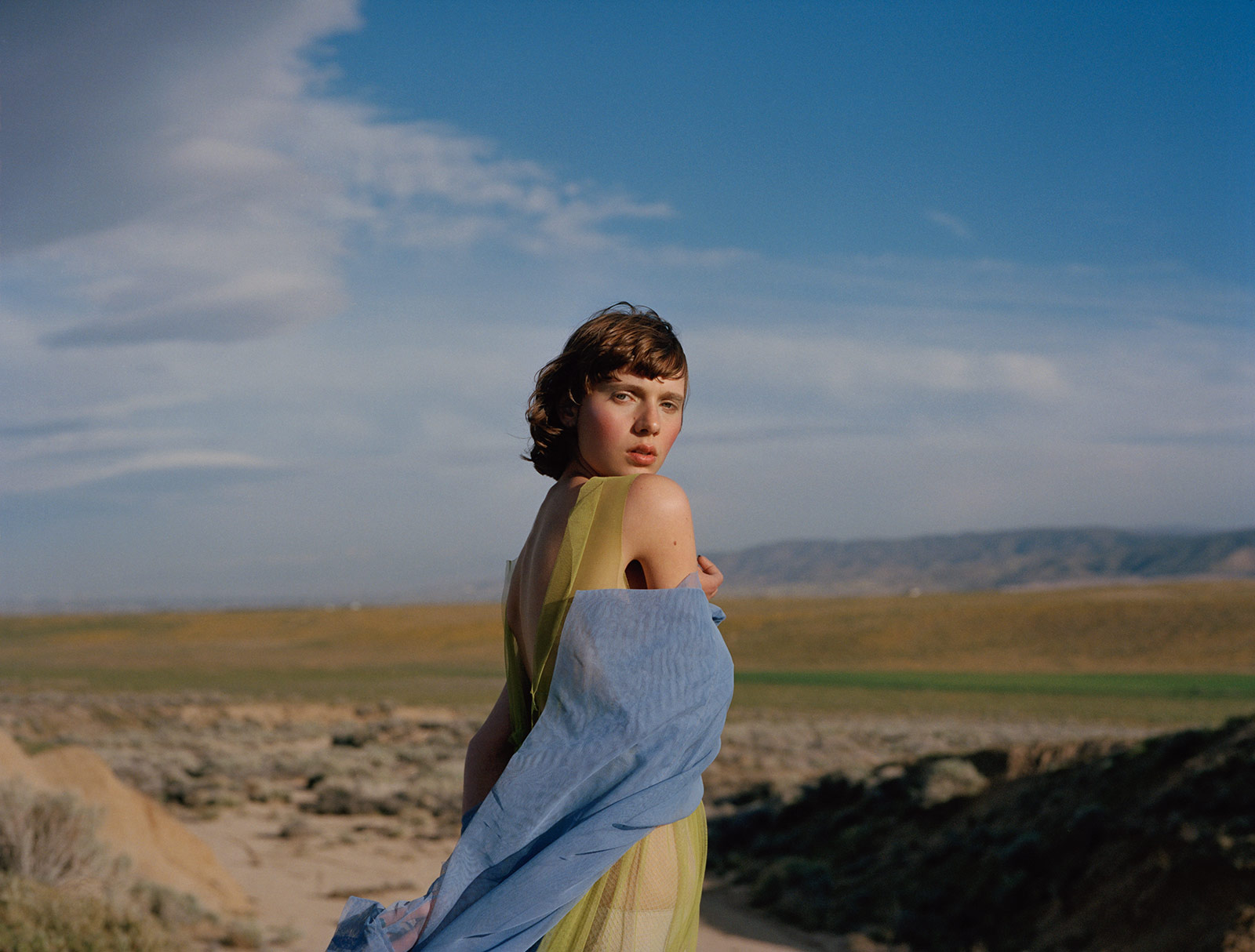 Model, actress and photographer, Sasha Frolova is no stranger to being in front of the camera; her life has become about executing a certain vision, be it through herself or the performance of another. She uses each image as a means to express and explore an aspect of her own identity, and for her, it is essential that they each tell a captivating story.
Sasha is known for her role in The Interestings (2016), directed by Mike Newell, and has recently appeared in Netflix’s The OA. Alongside this, she has modelled for the likes of Mansur Gavriel and Hermès, as well as having her photography featured on the Huffington Post and Refinery29. In this photo-story, she unites with tour-de-force Daria Kobayashi Ritch, the stunning photographer whose portraits capture her subjects in enchantingly intimate situations. There is a sense of closeness and friendship, and this series is no exception. Here we observe Sasha Frolova staring straight into the camera lens, challenging us with a gaze that is both commanding and vulnerable. Her movement embodies the feel of the clothes, a sense of youth, excitement and freedom. We interviewed Sasha so we could get to know her further.
Firstly, could you please briefly introduce yourself?
Hello! I’m Sasha. I’m not very good at introducing myself in a way that is self-promotional. My instinct just now is to tell you about all the fruit trees I’ve been picking in Tacoma lately (a very exciting endeavour for a native New Yorker). For the sake of your interview, I am an actress, photographer and model.
What are your daily inspirations?
I take inspiration from life and social psychology, trying to piece together flash judgments and stereotypes and using that to navigate the thought process of a viewer’s response. Most of my shoots are a way of expressing an aspect of my own identity, a thought or frustration, through an aesthetic vehicle. Like a political comedian who uses comedy, an image is a less accusatory medium of discussion than pure conversation; it allows for a message to be reminded and assessed from the viewer’s own perspective, without imposition.
You are a photographer, but you also model. Do you think that being in front of the lens has influenced how you are as a photographer? If so, how?
Absolutely. I think photography, acting and modelling perpetually inform one another. Collectively, I’ve developed a comfort with documentation – I trust that my job is to execute a certain vision, no matter what role I fulfil on set. But simultaneously, I also feel more comfortable as a collaborator, where I’m asked if there is something I’d like to try.
Similarly, do you think that your involvement in cinema/film pushes you to create a narrative within your photo series? How important is storytelling to you?
I think acting came naturally to me because I have a cinematic brain. I am always plotting activities and adventures and attempting to catch experiences like a butterfly. To me, if an image is purely aesthetic, it’s not interesting. There is already too much content in the world for that.
As a model, have you started to notice a change with how photographers represent the female body?
I think that in my lifetime there has been a shift towards representing – or at least a desire to represent – females through health and inclusivity. Within that, however, to show femininity with ‘political correctness’ has become sensationalised and a trend, partially motivated by inauthentic reasons. However, the drive is significant, and I know I reap the benefits.

“I think that in my lifetime there has been a shift towards representing – or at least a desire to represent – females through health and inclusivity. Within that, however, to show femininity with ‘political correctness’ has become sensationalised and a trend.”
Do you think that social media is partly at fault for the increase in body anxiety/ anxiety in general?
I do notice a shift in my self-perception when I occupy universes that encourage competition and validation through meaningless statistics. But at the same time, when I first started modelling, my body anxiety was heightened, counter intuitively, with every job I booked. I didn’t see what they saw and that frustrated me. Social media is entirely constructed and driven by curtained and filtered identities. Any such projection of truth will leave a viewer feeling conflicted, paling in comparison within a tangible reality.
Not only are you a photographer and model, but you are also an actress. Do you see modelling as similar to acting? Is it a performance?
I imagine my involvement in acting has made my modelling more performative not only because of my own experience and therefore drive to make it so, but because of the way that others perceive and cast me.
When acting, how do you get yourself into the role of a character? Do you have any particular routines?
I mostly just try to empathise with the character as you would a friend, but so much so that you become them. Kind of like an evil spirit taking over.
If you could have played any character in the totality of film history, who would it have been and why?
I would love to be in a Wes Anderson film. All of his characters are like pawns from an extraordinary brain. Or Toto.
Finally, can you tell us a bit about Daria’s photo story for METAL? Were you involved in the concept behind it? What were your thoughts when in front of the camera? How do you prepare yourself for this shoot etc.?
I had reached out to Daria to shoot about a year before we made this series. Alas, she wasn’t following me yet, and it got lost in the deep DMs. This shoot was a product of a blissful exploration in the poppy fields and the sweet unity of an incredibly talented team. 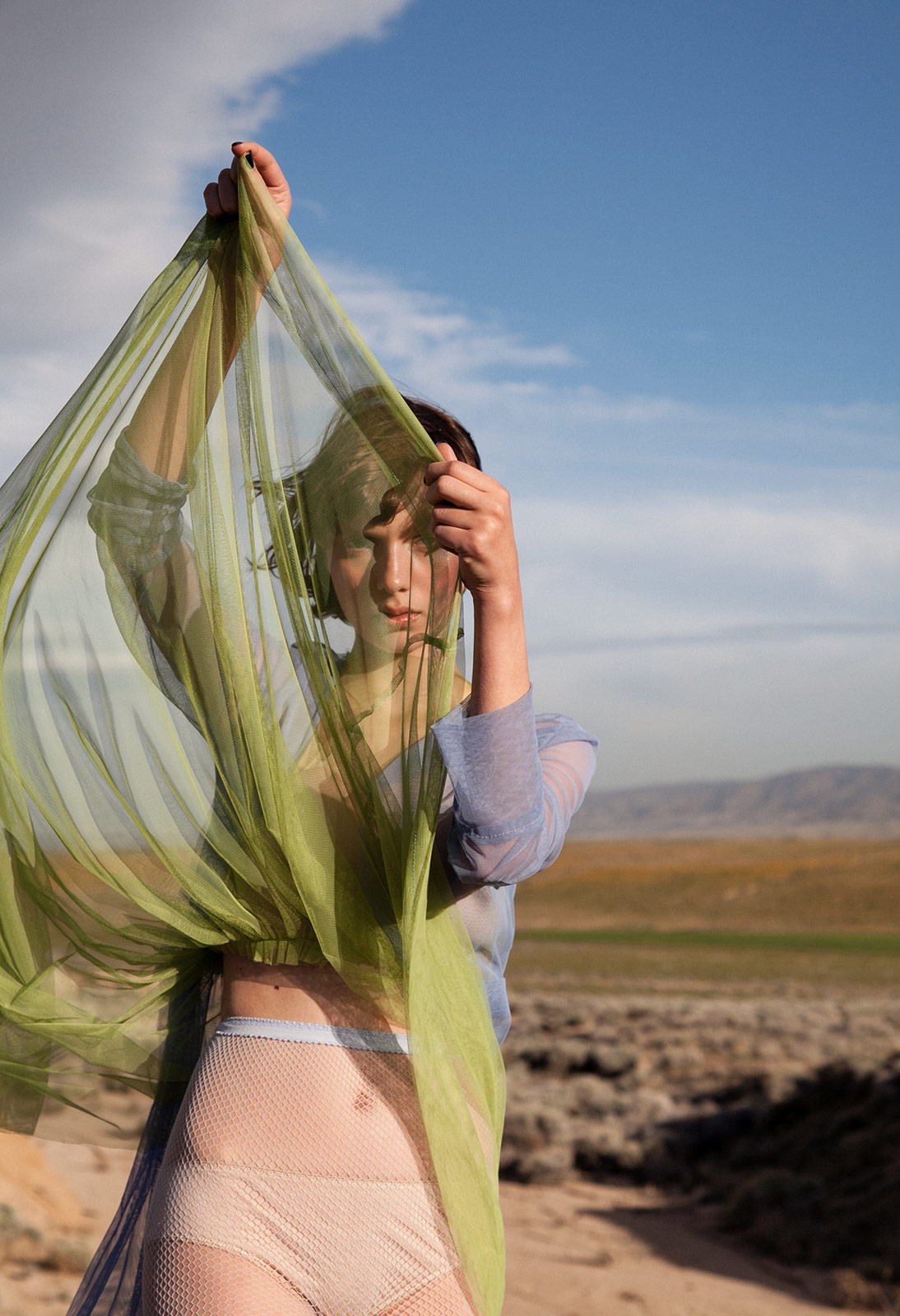 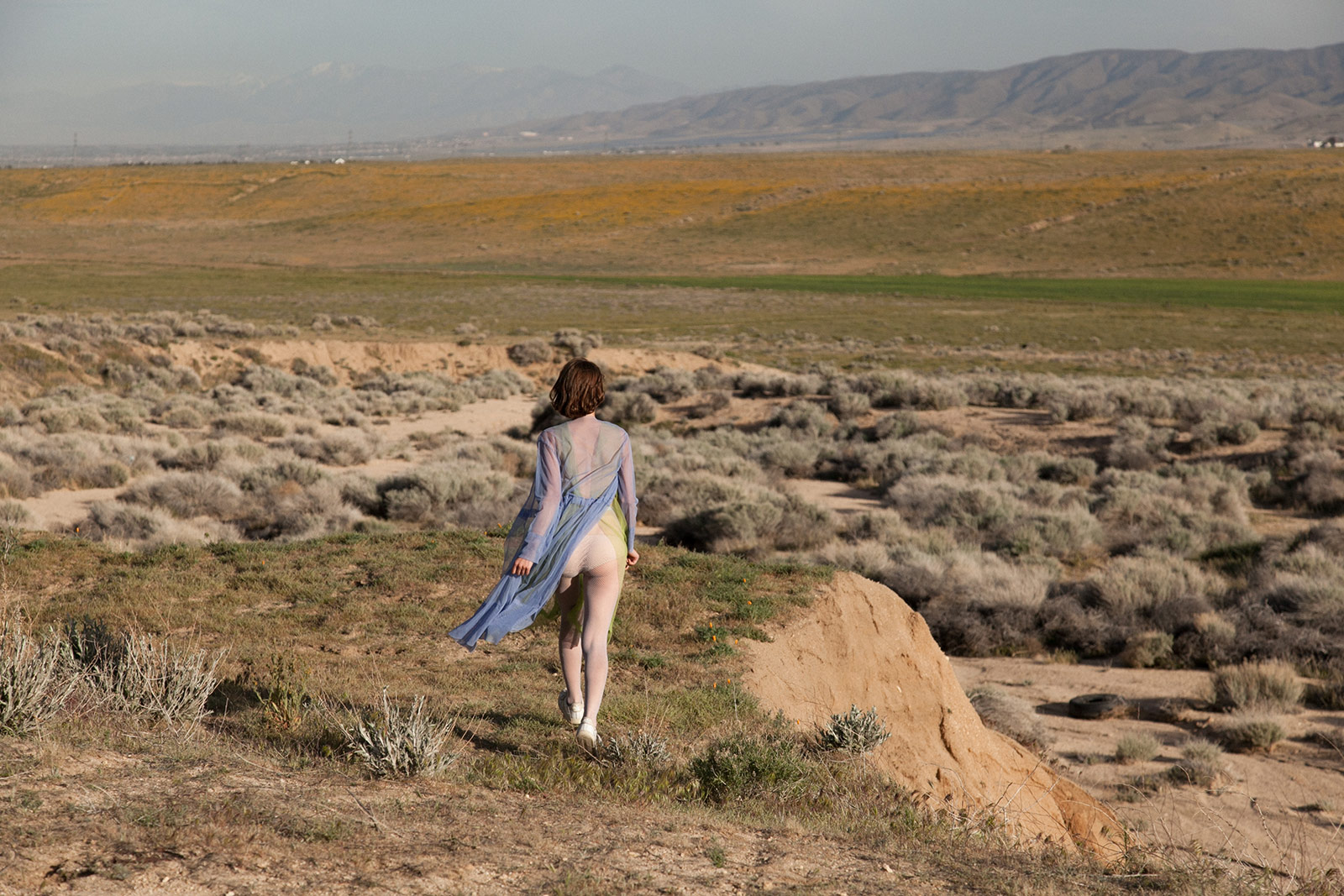 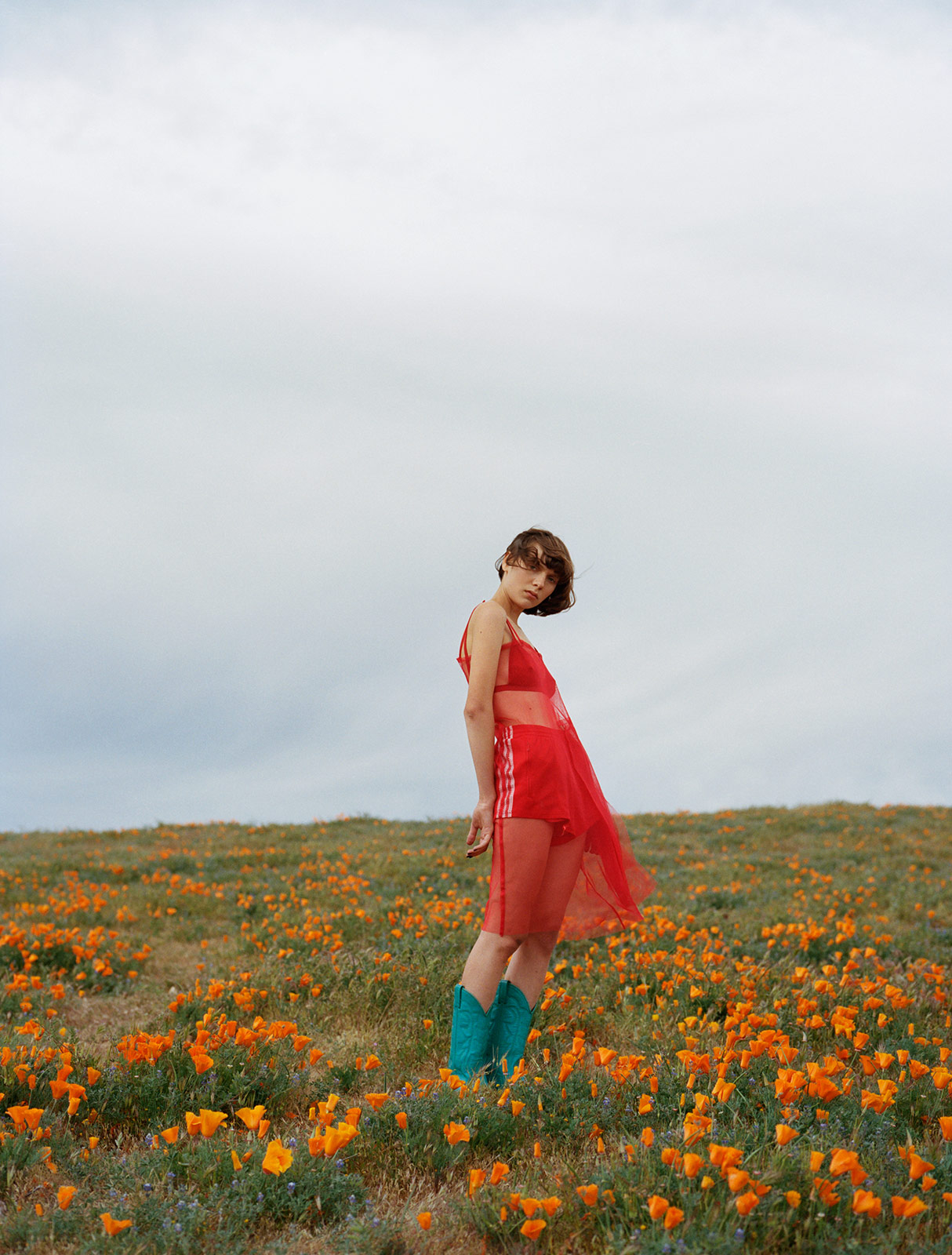 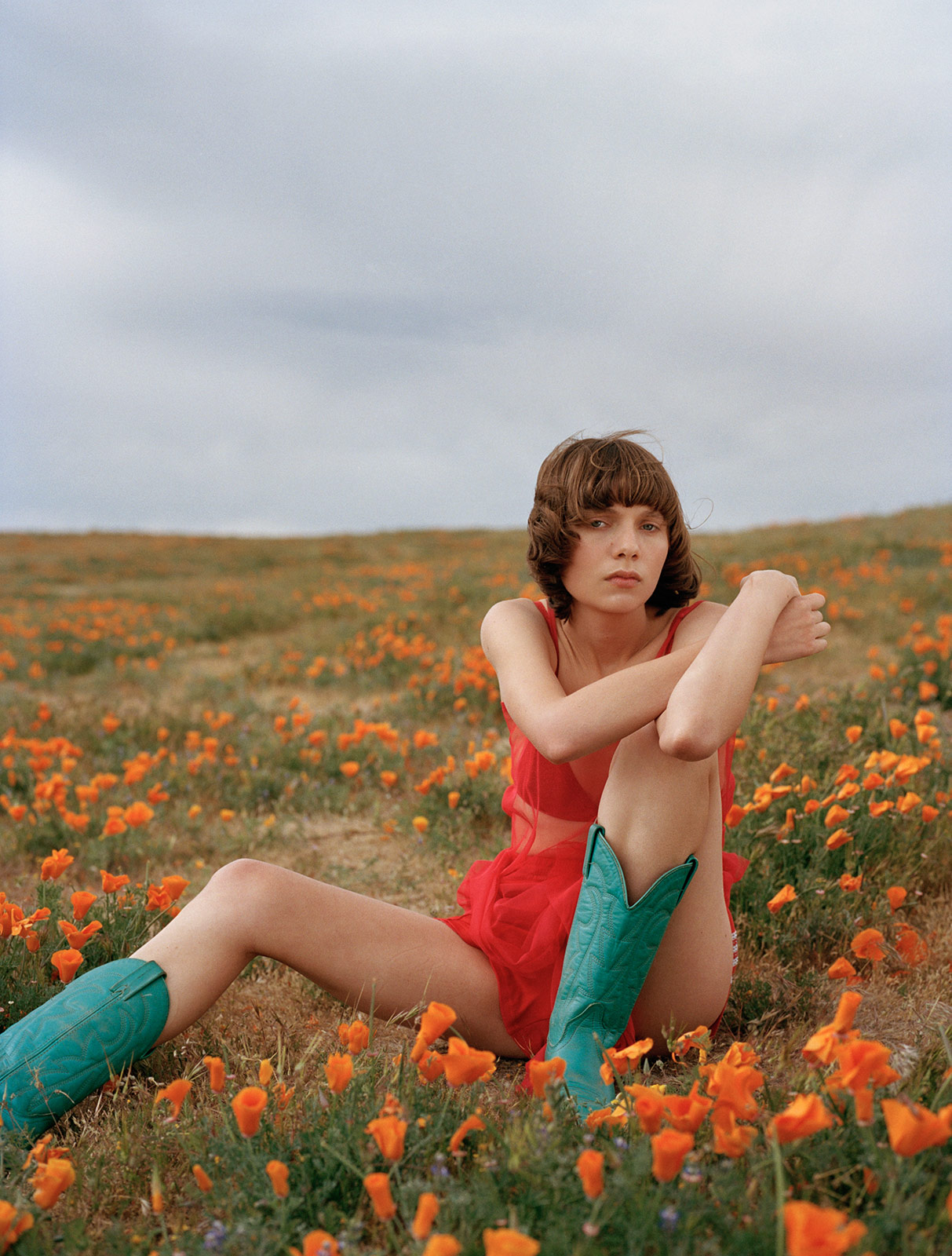 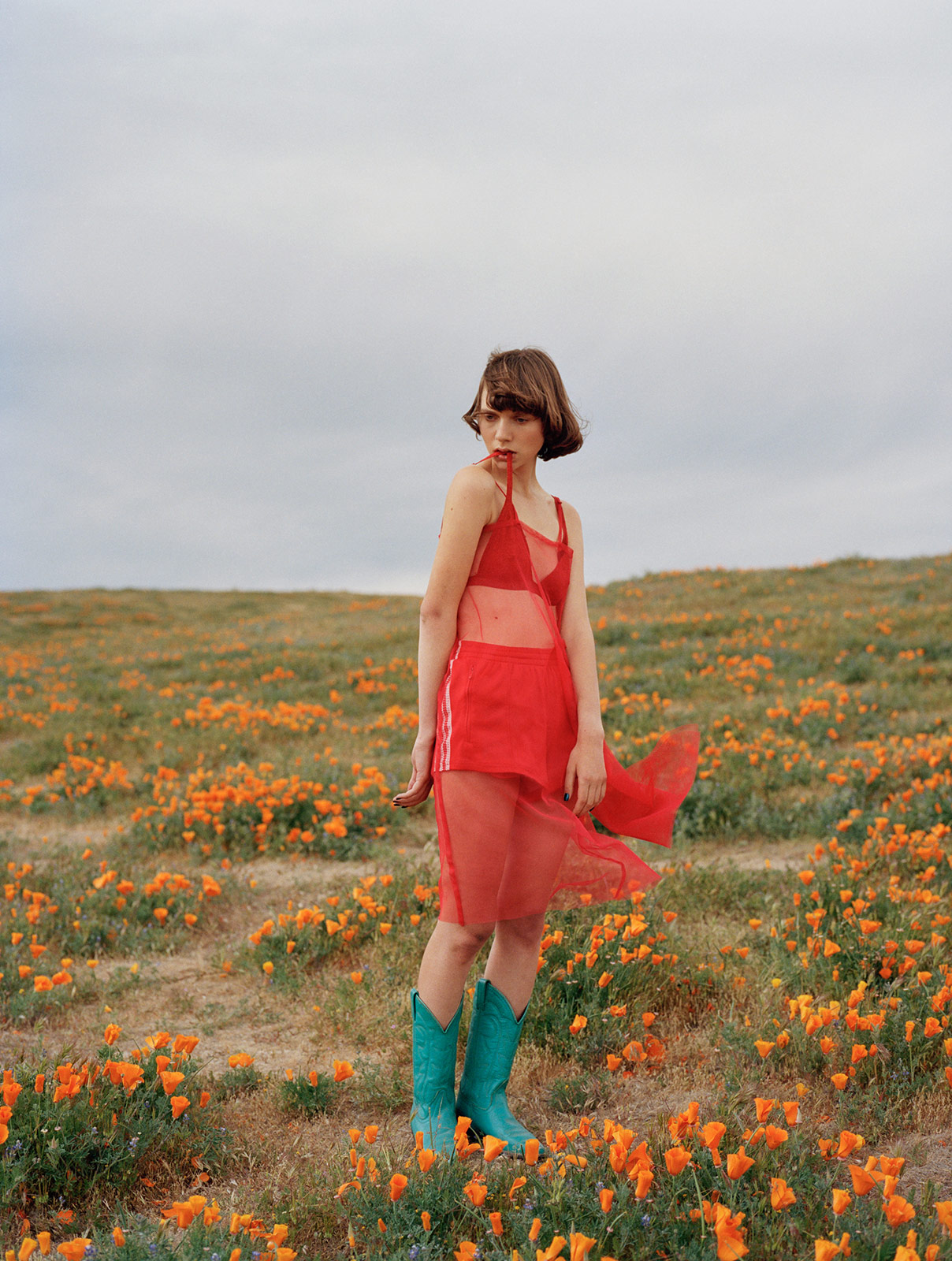 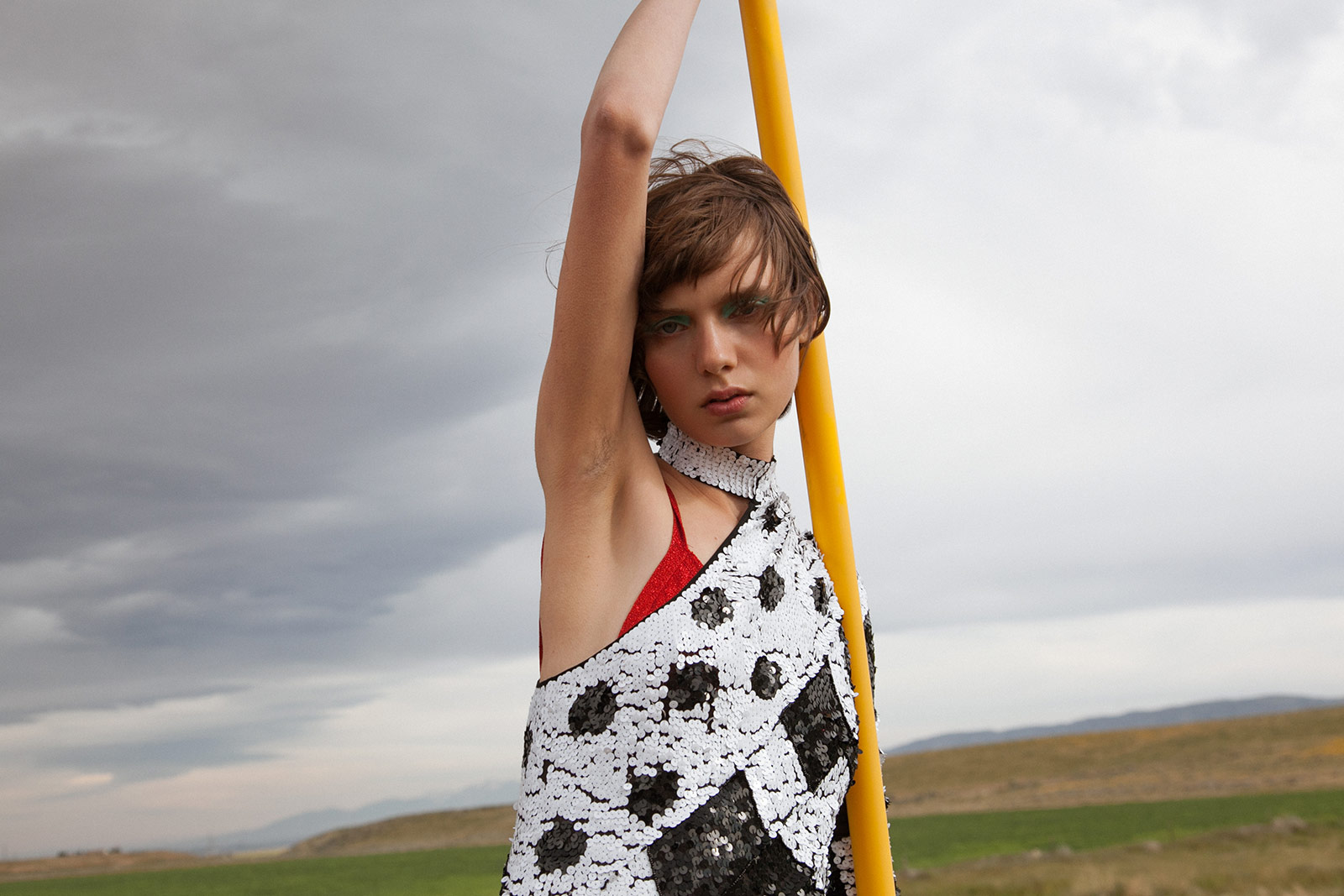 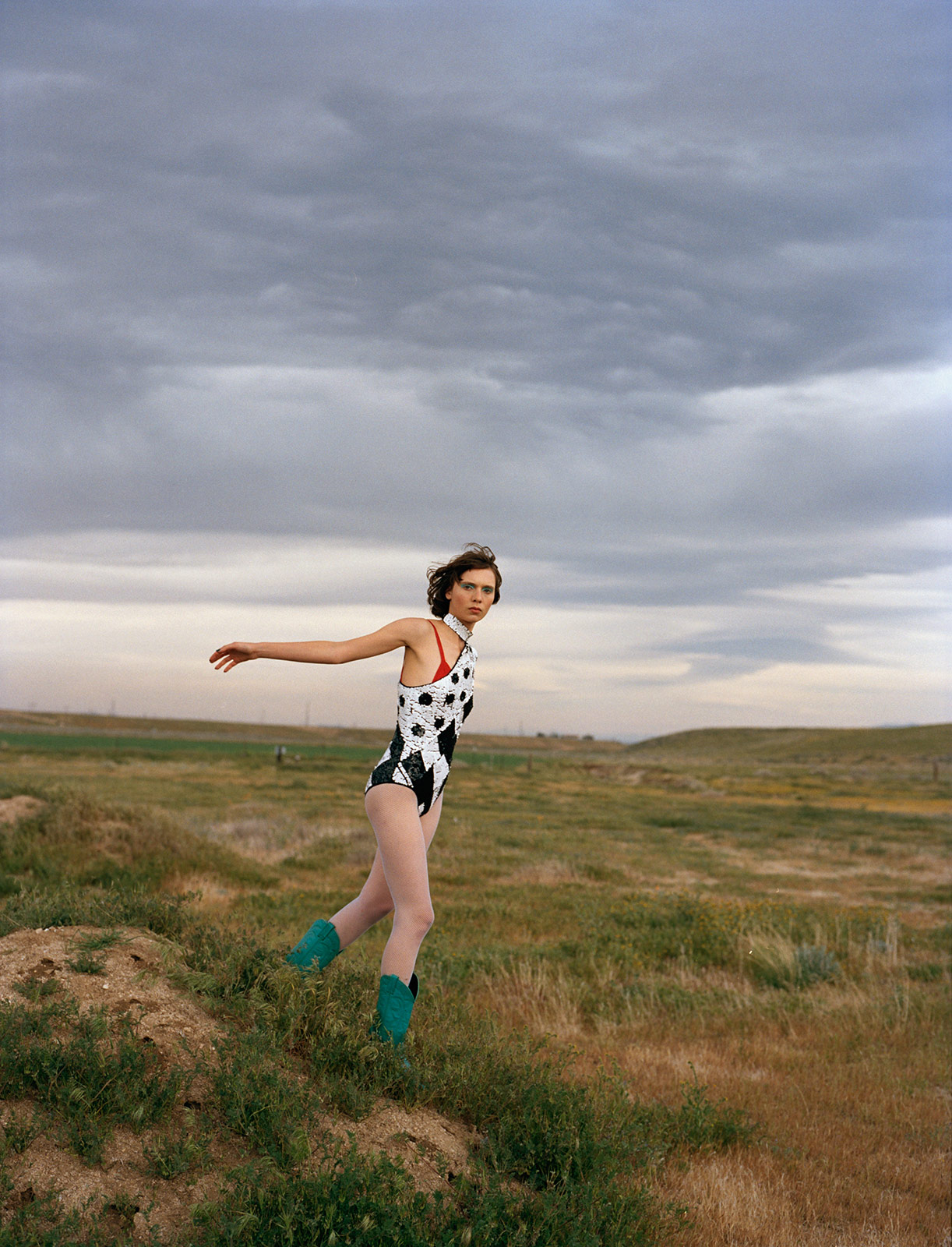 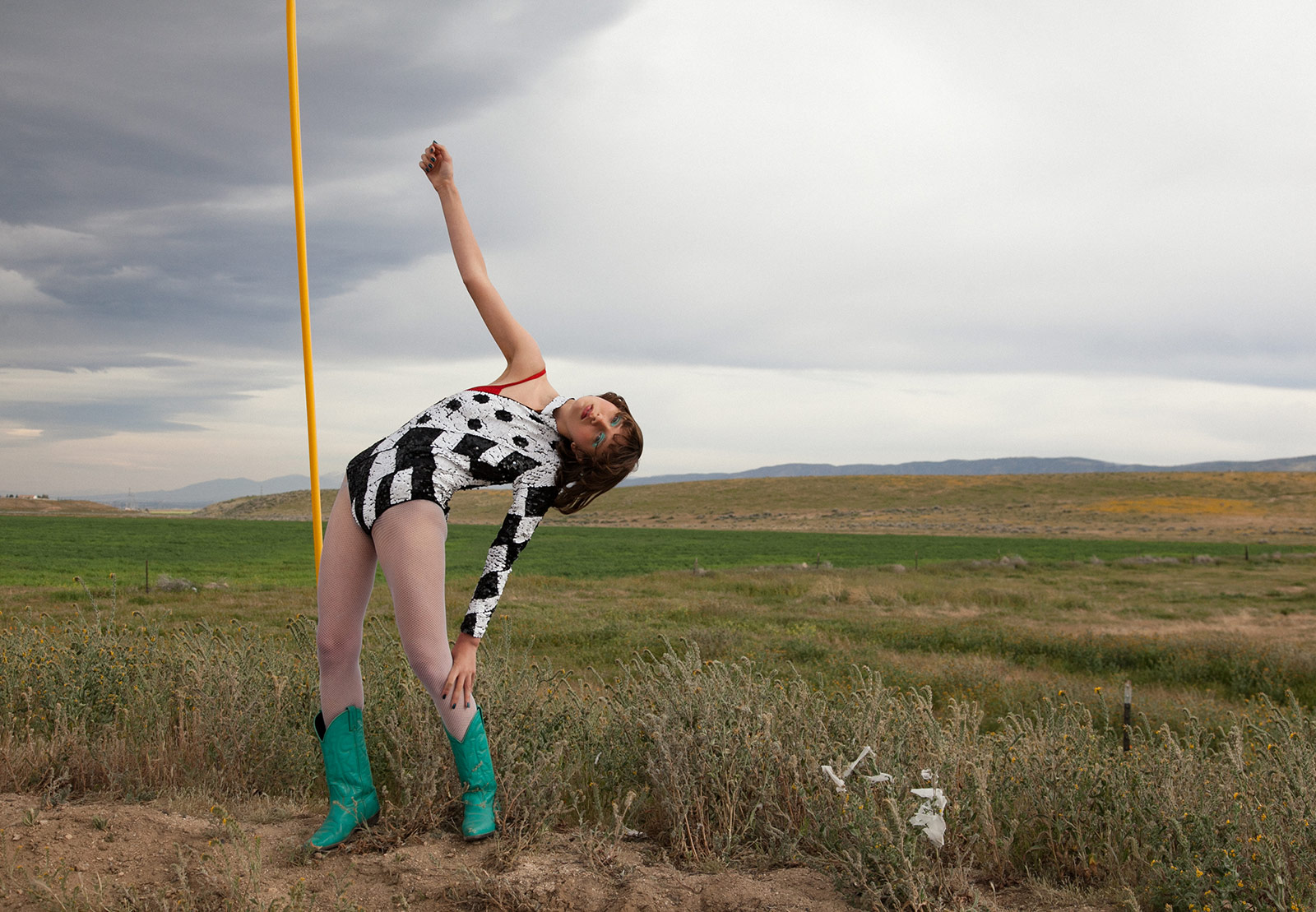 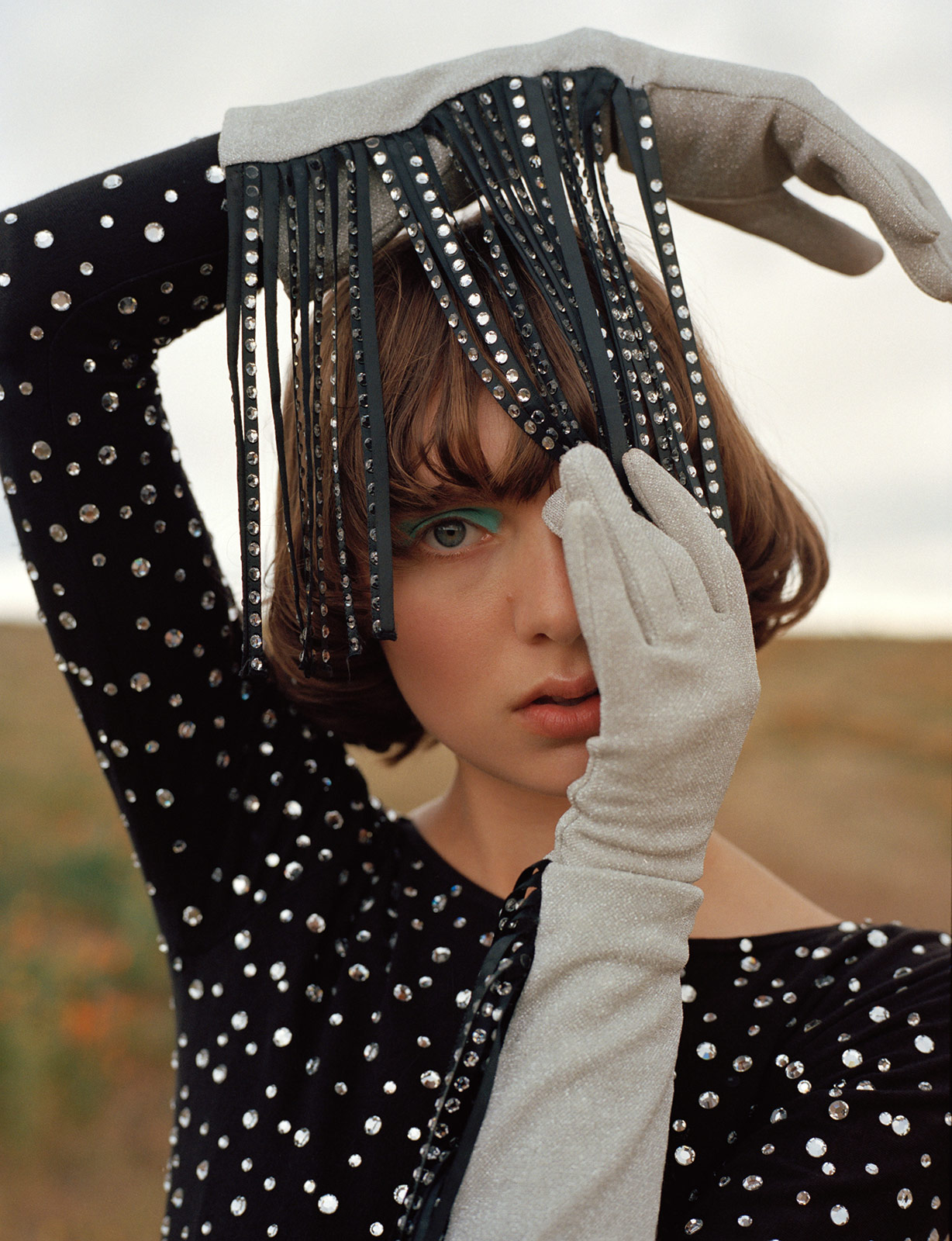 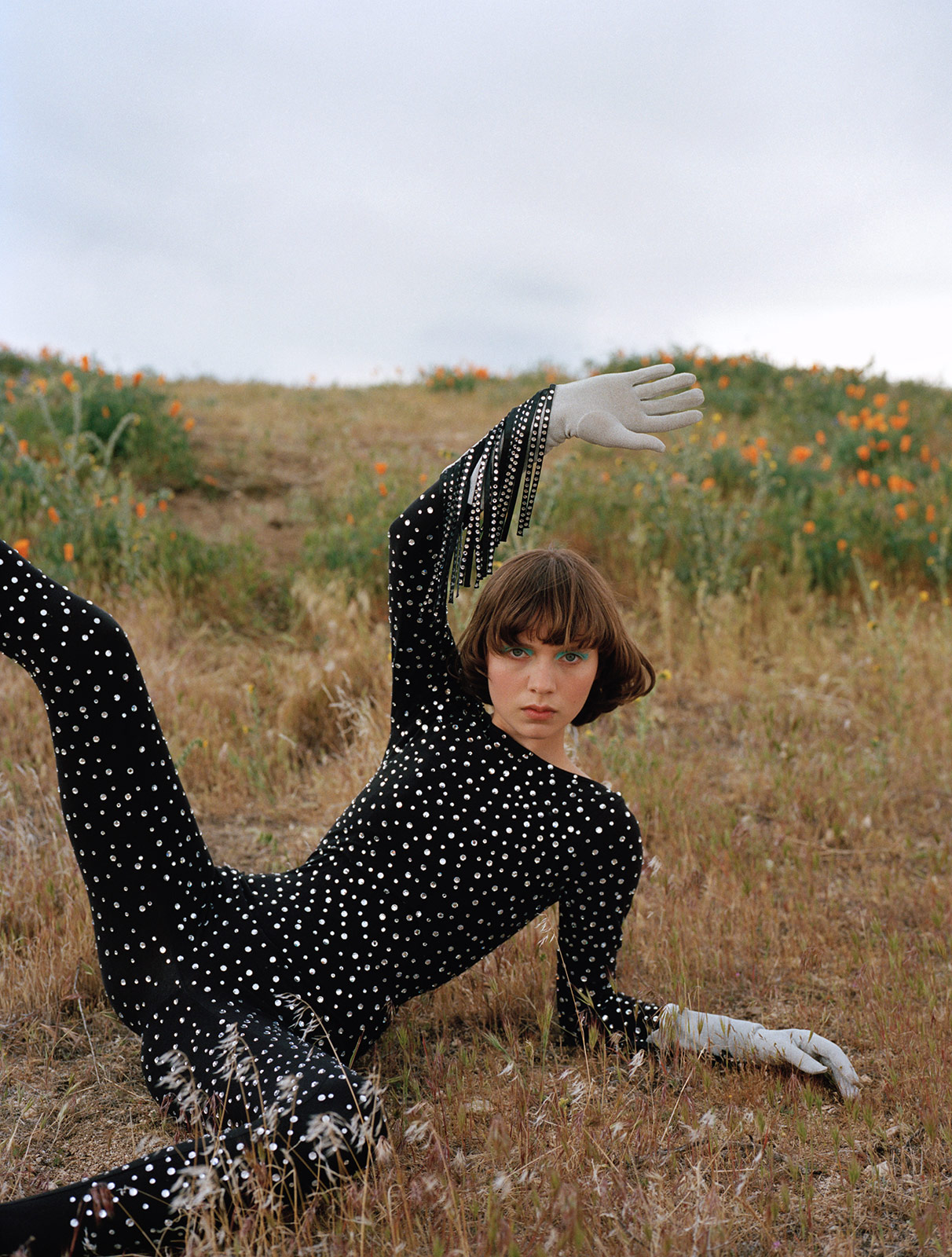 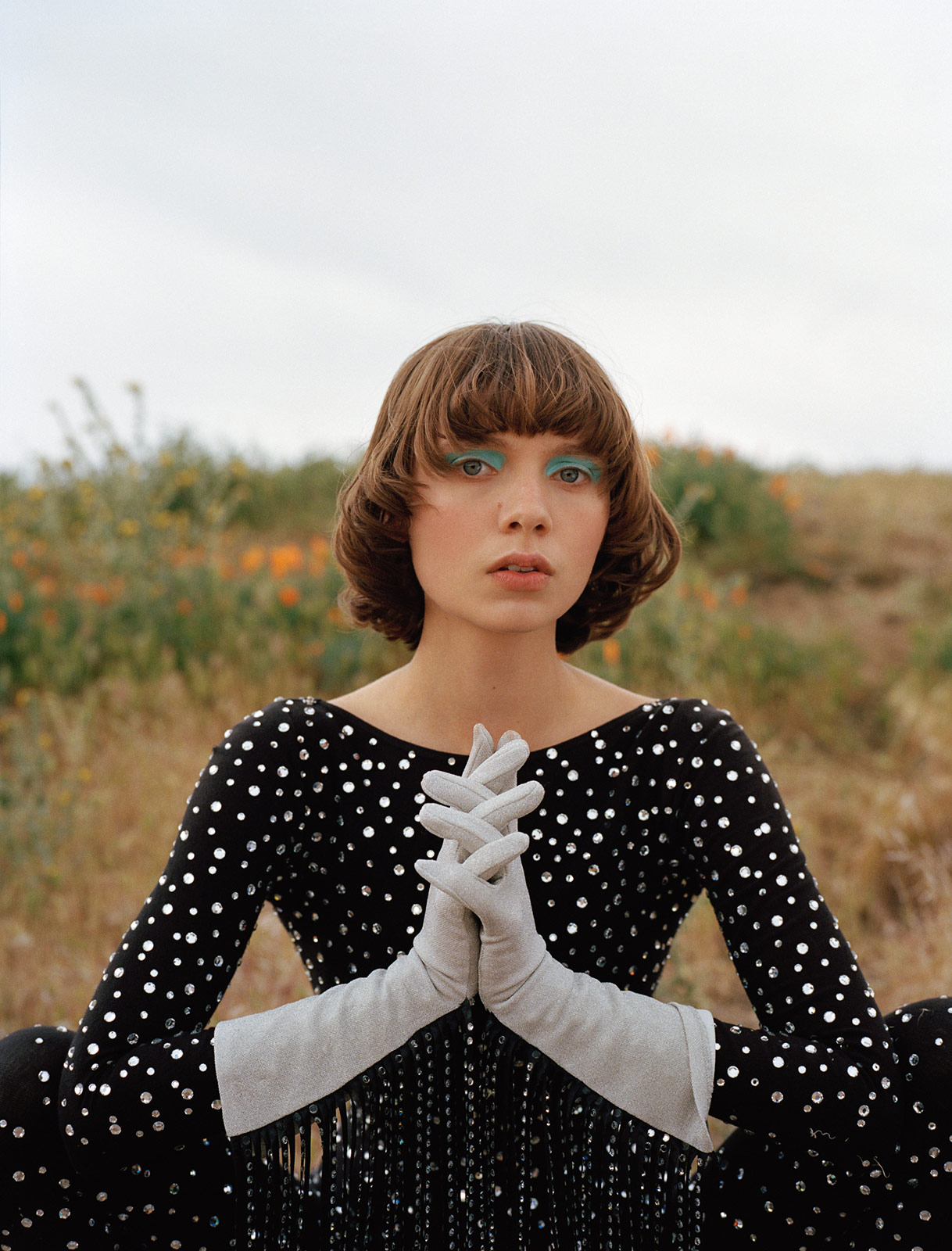 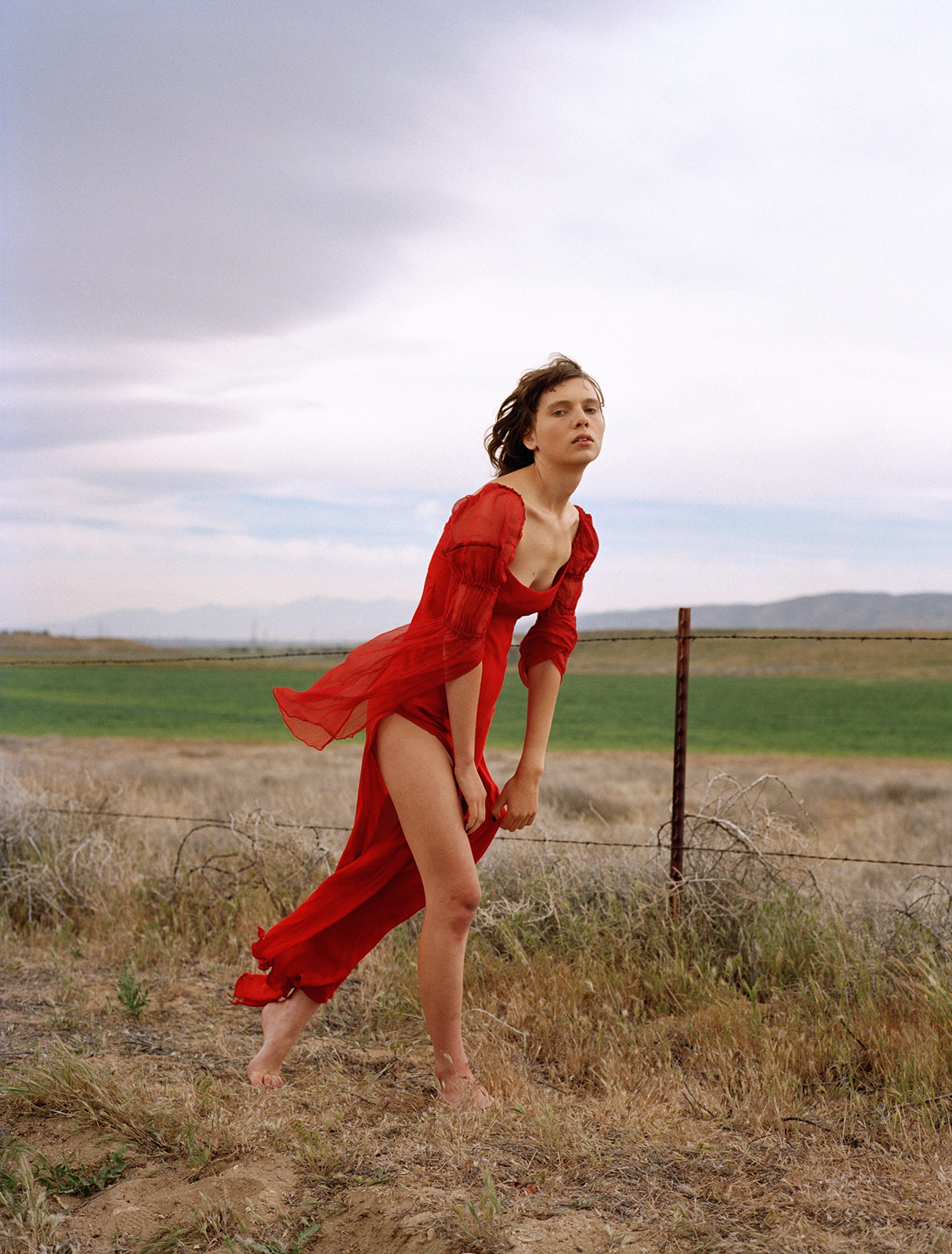 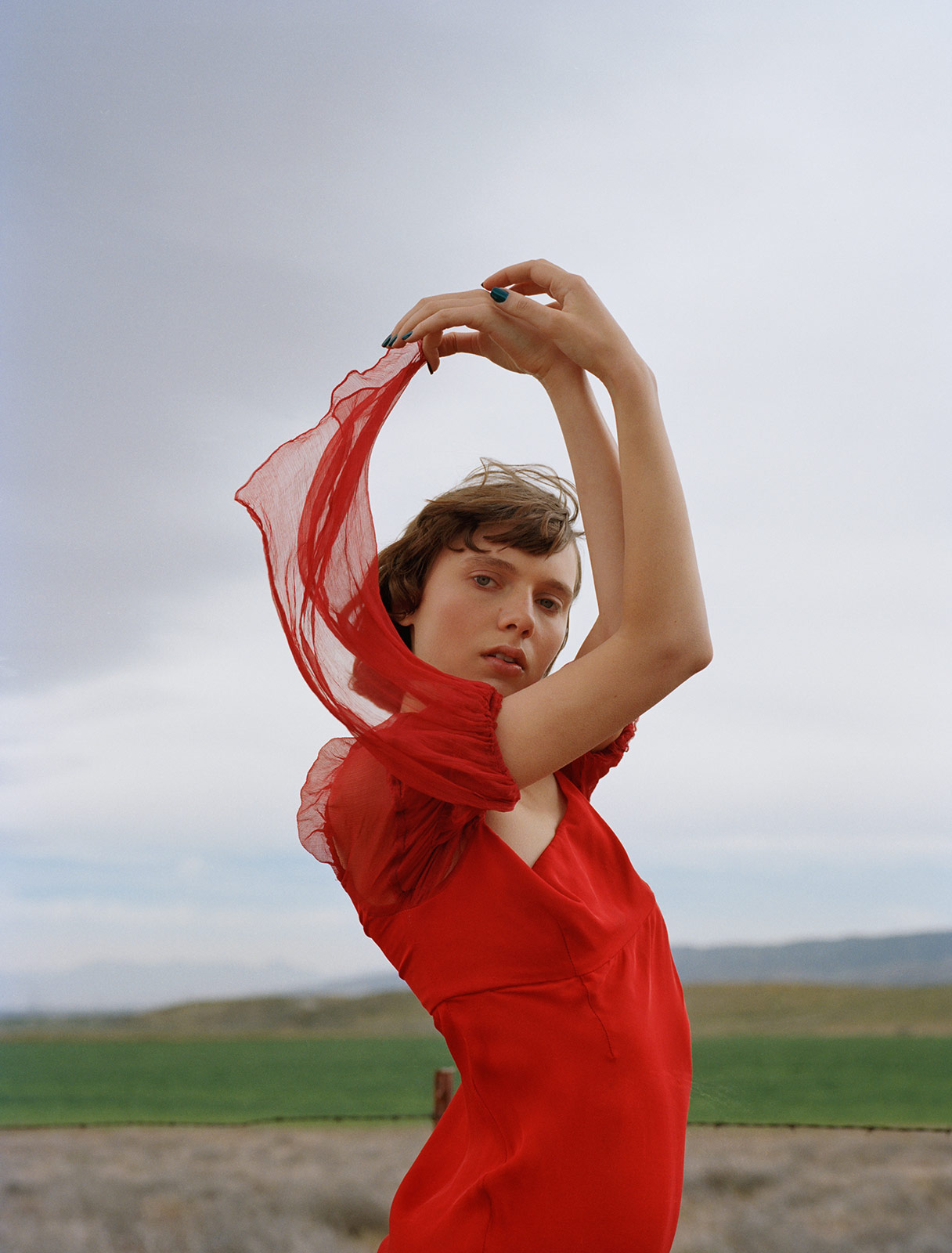 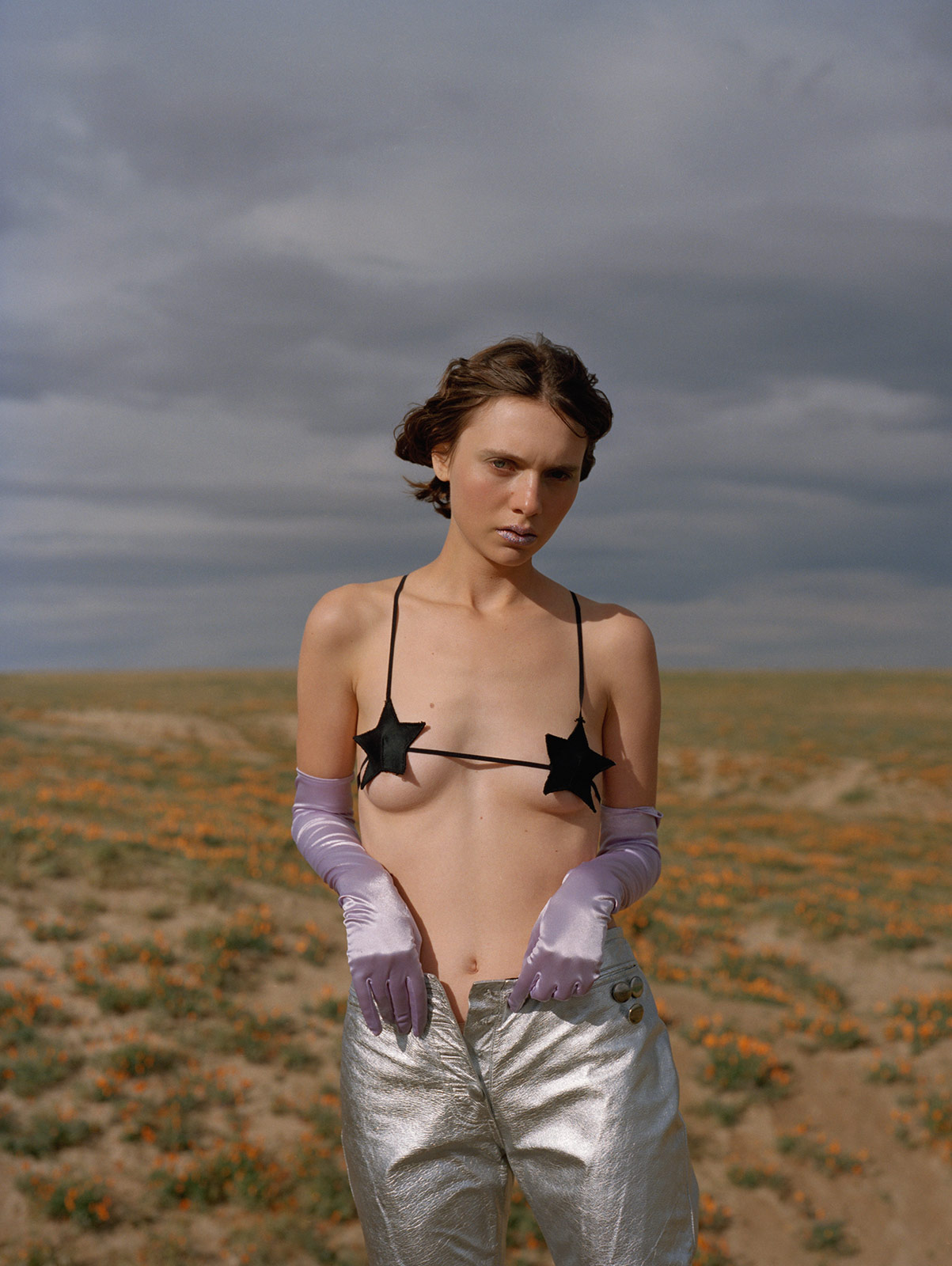