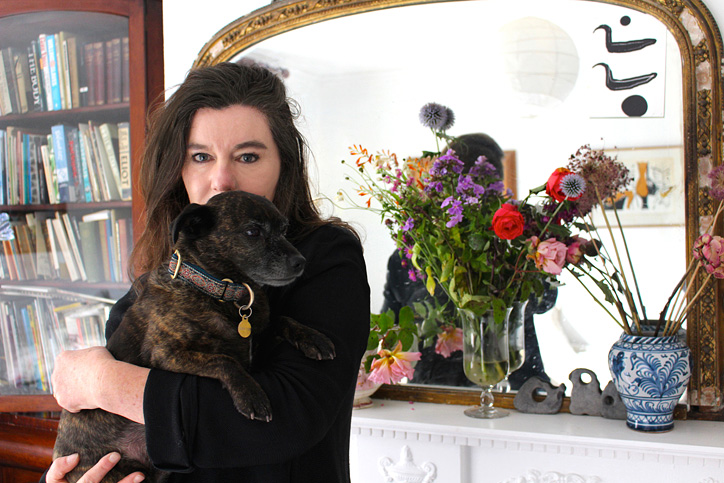 Playing with pigmentations, light and outlines, Sarah Ralphael Balme is a breeze of fresh air in the world of handmade painting. Each one of her works breathes a permanent state of calmness, that could be translated as a sort of bohemian seduction or as a homelike feeling. Through ceramics, fabrics and clothing, this dog lover wants to prove her talent, which irrefutably can be understood by her own words and feelings.

Do you remember the first time that you felt proud of your illustrations?

As a child I often felt proud of pictures I’d made. It was wholly encouraged – I grew up surrounded by art and artists; my mother was a painter and I would say in many ways the bohemian, liberal views ingrained in our family shaped my life.
More recently, the creative’s dilemma! One makes a piece of work, gets lost in it, feels proud of the result; it’s rare though, that in retrospect I don’t see something I would have done differently or changed entirely. But, that becomes a new piece of work, you have to constantly move on.

We can spot certain Chagall and Gauguin brushes in your work. Are you aware of that?

Chagall and Gaugin! I’m honoured! Both these painters are wonderful, their colours, humanity, otherworldly quality… I’m not overtly aware of being influenced by them, but I suppose we make work from our subconscious imprints.

And who are your not so obvious inspirations?

I look at a lot of art, mainly from the 20th century, spanning a wide range, European, Eastern… I have a Tumblr blog which gives an idea. I’m particularly drawn to outsider art and folk art, and painters whose work has a narrative theme. I also look constantly at textiles. I like words, and hope to find a way to make these more naturally integral in my own work. The paintings I’m attracted to aren’t necessarily similar to the work I make; but I suspect somewhere down the line snippets appear, a colour combination, an arrangement on the page, which reflects something planted in the mind.

Mugs, pillows, ceramics. Do you have a favourite medium to paint on?

This interview has caught me at something of a crossroads! Last year I did quite a lot of decorated ceramics; it was good because working in a different medium with new tools made my work looser, moved me away from the fine brush and paper. It also forced me to consider very carefully colour combinations and pattern. The consequence of that is that I’m now doing a series of much larger pieces in oil. They still have narrative themes, and use the same sort of pattern ideas but the colours are deeper and richer and the general feel more bold.

Animals and plants are your prevalent themes. Could we expect anything else in the next works?

I always have the next ideas in mind; there are two strands in my work at the moment, the intensely personal narrative paintings with figures, plants and animals in landscapes and rooms; and the lighter folk influenced dog still life. I’m taken with the idea of printing some fabric at some point in the future. And I also work as a cartoonist under another name. I’m sure I have a completely split creative personality!

There is also a constant reminder of the love relationship between an owner and a pet in your work. Does it come from a personal experience?

How did you guess? We have two dogs, an old lurcher cross and a small terrier cross; they are absolutely full of character and absurdly indulged. They expect to be the subject of artistic oeuvre, and have an inflated idea of their entitlement.

The majority of your work can be sold online. How is the relationship between you and your clients?

It’s interesting having solely online communication; I’ve done quite a few personal commissions and it seems to work very well. There’s a mystery about the person you’re working for, I quite like that; it leaves a lot to the imagination.

Is it easy to be an illustrator nowadays? Or it has never been?

I think there’s huge diversity and scope; even in an expanding digital age, people crave the human made object; I’d never underestimate the power of genuine handmade representation to describe something; there will always be a place for more illustrators and artists.

How do you feel about solo exhibitions?

I’ve only ever had my work in mixed exhibitions, which allows you to pick a few representative pieces –as this interview does! A solo exhibition is rather more daunting as I think it’s vital there’s variety and cohesion. There must be a great temptation to churn out the things which sell well, rather than producing work which is an authentic progression. Having said that, I may be doing one soon!

How do you see yourself and your work in the future?

In the immediate future, I’d like to continue working on a larger scale. Also I may produce some editions of prints. I like the idea of art being used too, on ceramics, clothing and fabric, not just on walls. 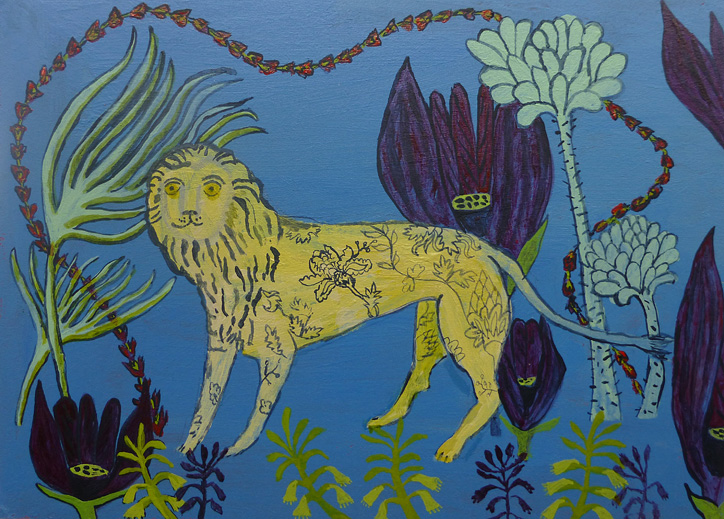 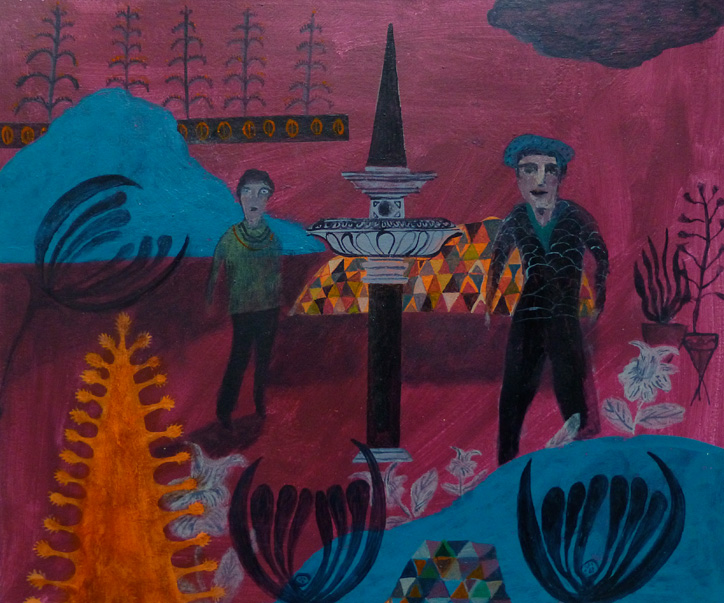 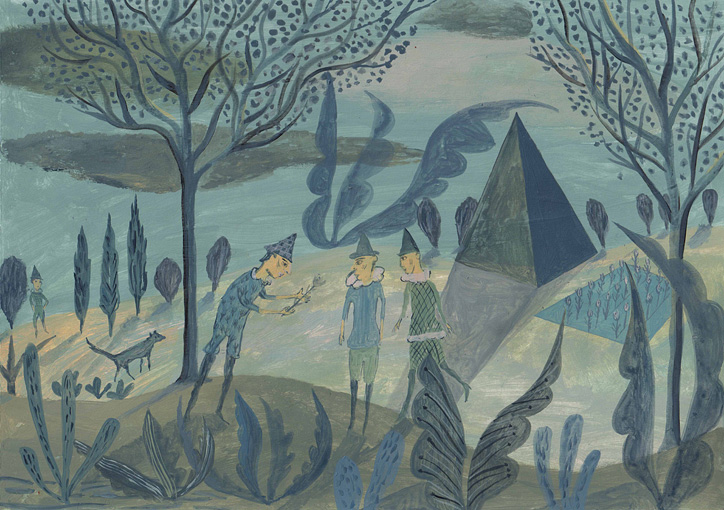 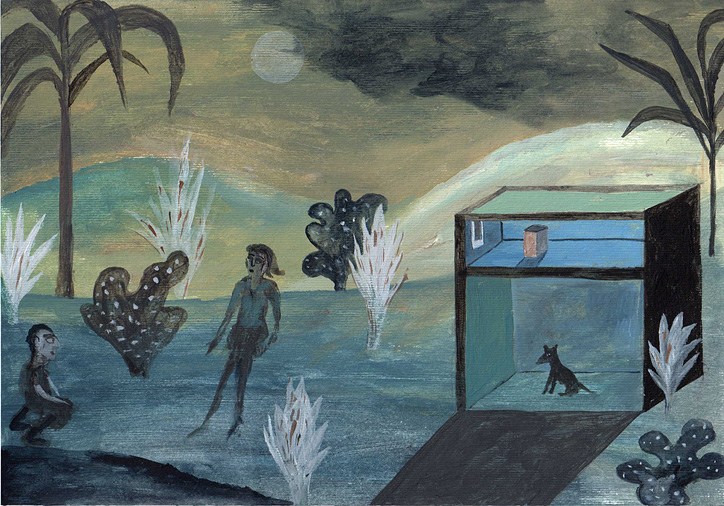 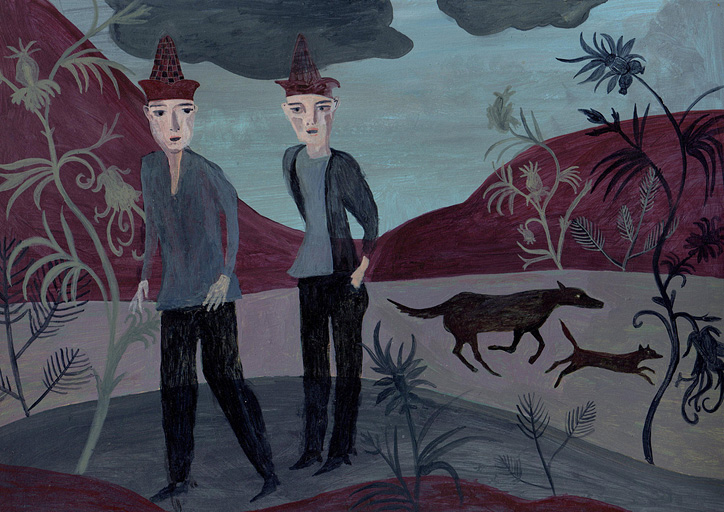 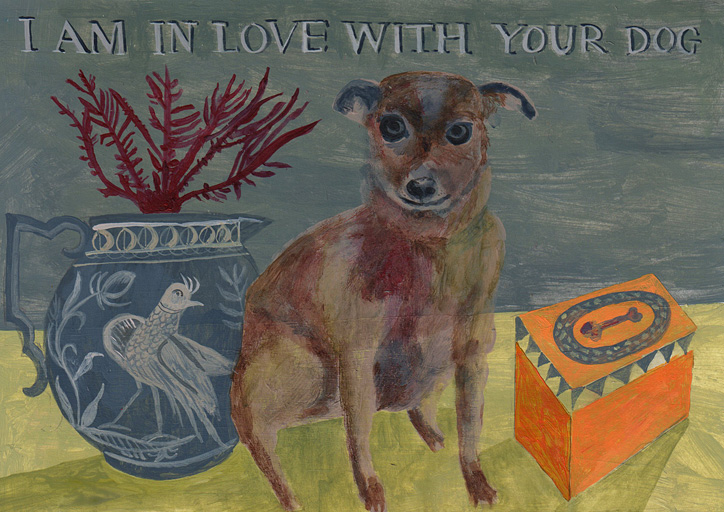 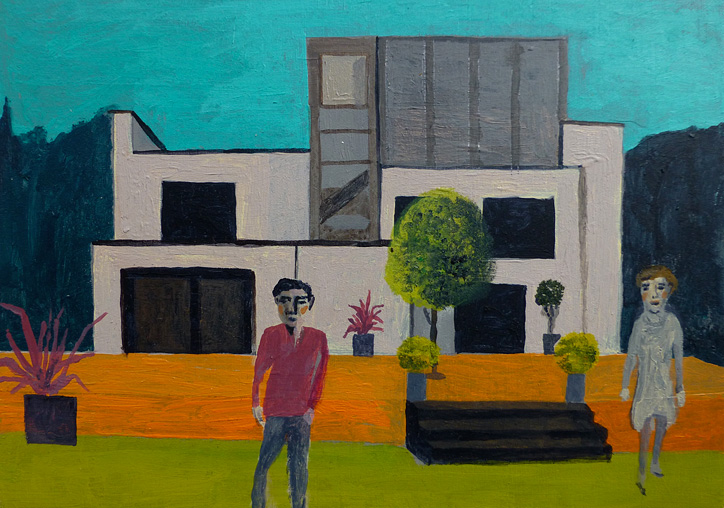 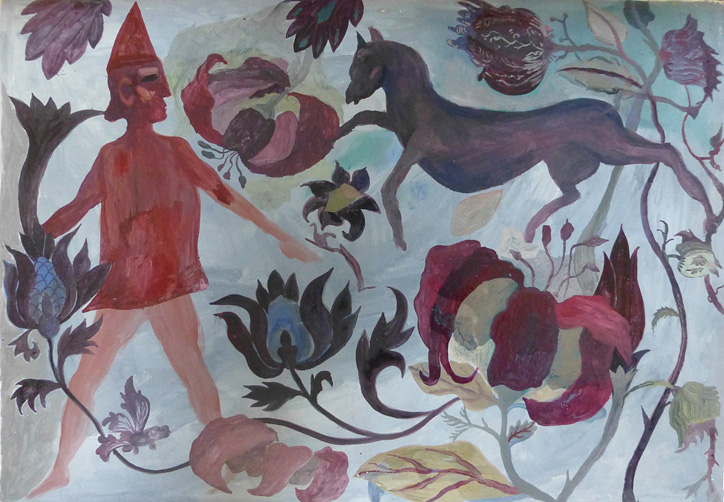 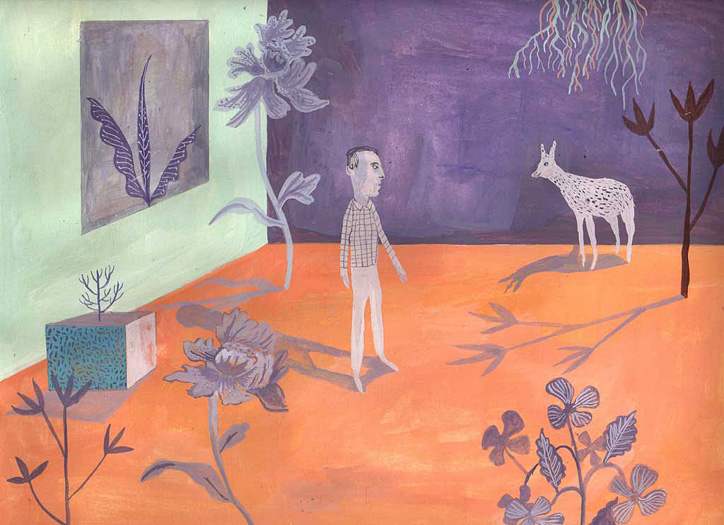 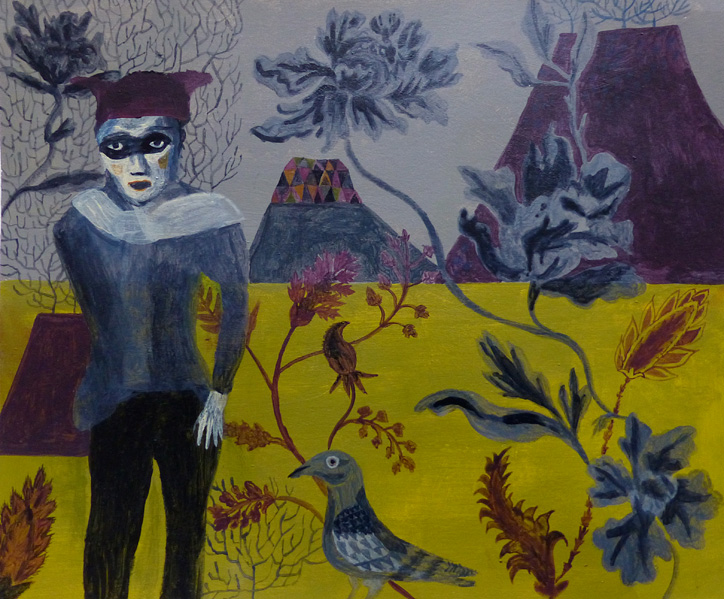 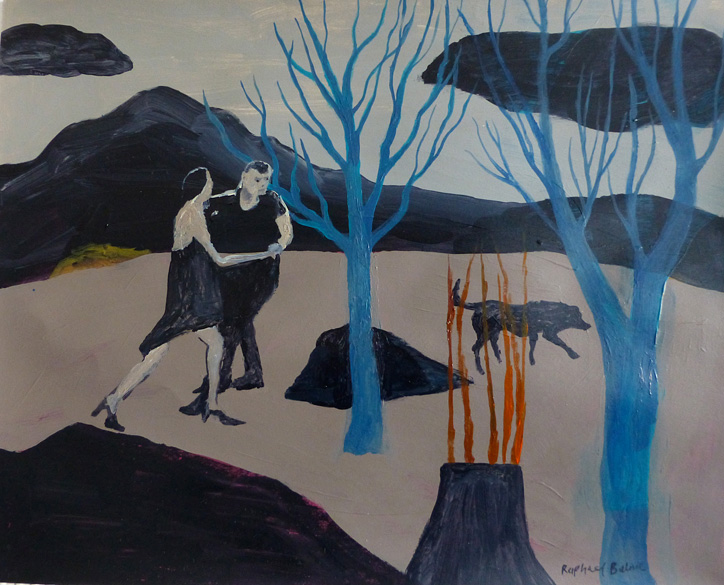 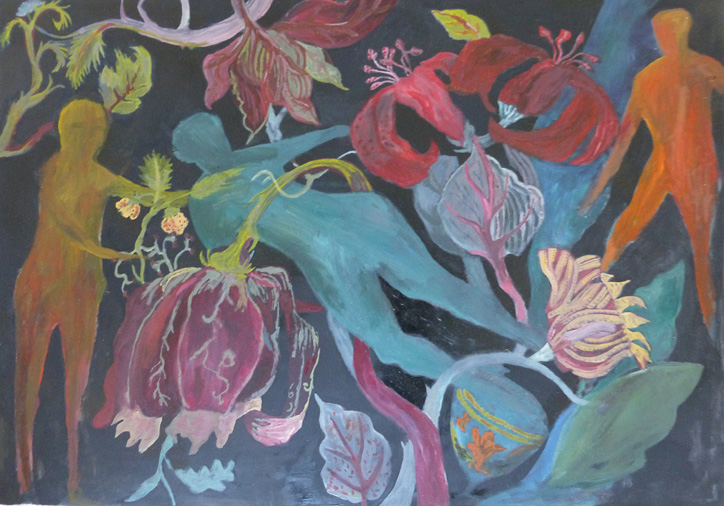