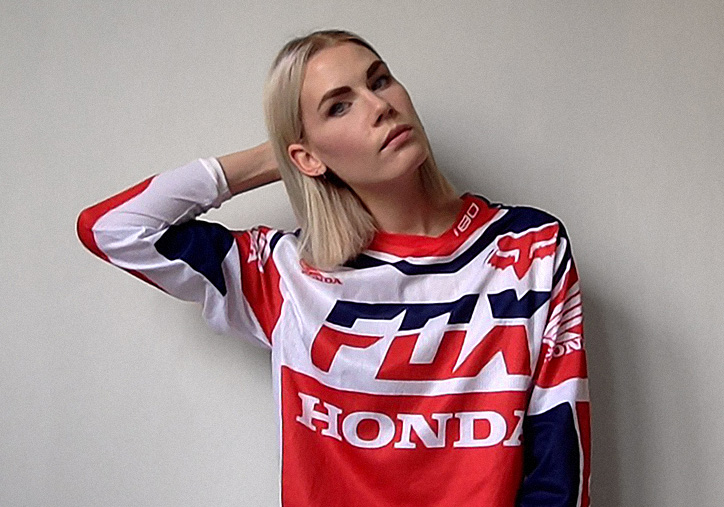 Sara Andreasson’s girl is cool, honest and doesn’t give a fuck. She defies traditional connotations of femininity with an effortless nonchalance, as comfortable in her jogging pants as in her own skin. And of course, she does not fear pink. Block shapes and mismatched colours with a playfully sexual underlayer. We talk art and feminism with the digital artist behind these unique illustrations.

Could you tell us a bit about yourself and your background? How did you come to be an illustrator?

I grew up in a sleepy town in Sweden, and I guess you could say that I spent my childhood pretty much like I spend my days now, dividing my time between drawing pictures of pretty things and devoting myself to assorted more or less serious projects. But to be honest, I never really planned for a career like this. I didn’t think illustration was something you could actually be working on full-time (at least not someone like me), but it turns out that I was completely wrong. What happened was that my illustrations started going viral on social media, and before I knew it somebody had offered me money to do what I was doing anyway. So me being able to work with something I love is just a question of sheer luck.

You studied Product Design and Engineering, and then decided to pursue illustration. What changed your mind?

Yeah, I did. I applied for that program when I was 18 years old and without really knowing what engineering was. But it didn’t take long before I came to the conclusion that I would rather die than spend the rest of my life in an office space, working nine to five. Ugh, the mere thought makes me cringe. I’m a restless person, and working with short projects like I do now suits me perfectly. Also, I really enjoy being my own boss.

You also create furniture. Tell us more about this. What do you feel are the biggest creative differences between the two distinct mediums?

The best thing about creating furniture is seeing a pile of wood boards transform into something completely different. But frankly, the process takes way too much time for my taste. Designing furniture with Johanna Berg has been amazing though, since we balance each other out so well. She is a total perfectionist while I want everything to happen as fast as possible. Now that I am going solo, speed counts and I guess that’s one of the main reasons why I’m focusing on images instead of object these days. I would really love to combine the two sometime soon though.

Do you have any other hidden creative talents?

I’m trying to learn how to tie a knot with a cherry stem, only using tongue and teeth. That’s a creative talent, right? (Laughs). But seriously, the design school I studied at is sort of post-disciplinary, which means that I have been able to move across disciplines and switch from furniture to graphic design and back again in the blink of an eye. This has suited me very well, since I’ve never been able to make up my mind and stick to one thing. Obviously. So, yeah, I guess I have a bag full of hidden talents.

More about your illustrations – the use of clear shapes and bold, block colours is very characteristic of your work. What drew you to this style?

For some reason, I find this type of question really hard to answer, since I don’t give style too much thought. But I suppose the fact that I work digitally has affected me a great deal. As a child I could work on the same image in MS Paint for days, and discovering Photoshop as a teenager was such a revelation. I have always enjoyed the dynamics of it. Moving pieces around and changing colours is a big part of my process, which would be really time consuming if I worked on paper, for example.

Many of your illustrations portray girls, always in hoodies and sports clothes, looking very chilled and relaxed. Do you feel your own personality and personal style is reflected in these characters?

Yes, I guess that my personal taste is a big part of it, but most of all it’s a question of representation and presenting an alternative to what we see on a day to day basis. I am so fed up with the prevailing ideals of beauty. Actually, someone recently remarked that the women in my illustrations weren’t feminine enough (according to his idea of femininity). Such a weird comment.

All the female/queer separatist movements that are emerging right now. I do believe that it is important for us to create an independent, solid community and a safe environment for women in the arts.

The word ‘feminist’ is used a lot in today’s culture, always with different connotations and inferences. What does feminism mean to you?

First of all, I’m happy to see that the word feminism is being used in a multitude of ways and contexts these days. Inequality is a complex problem, and therefore I think it is a good thing that people are dealing with it in many different ways. For me, feminism is about overthrowing the power structures that reduce people’s freedom to live up to their full potential. It’s about raising awareness of privilege, and to actually do something about it. To me, everything is politics.

You’ve just exhibited at the London Print Studio and have a few more shows in the works. Will it be just your illustrations on show or also your other projects?

No, it’s just my illustrations, but I hope that there will be more opportunities to show BBY magazine in the future.

What do you like about having your work printed and on show as a tangible piece rather than being displayed on the internet?

I’m going to be really honest here and say: not much. To me, the internet is as real as anything and the accessibility and democracy of it is more important to me than seeing a piece of art AFK. For instance, when I am selling prints, I have to charge a whole lot more than I would like to due to printing costs and shipping and so on, which means that a lot of people can’t afford to buy a copy.
Also, I work as an illustrator, and my personal projects are just an extension of this profession. It’s important to me that those images are considered illustrations and not art, since that of course affects the interpretation. This is something that I find difficult to communicate once the images are exhibited in a gallery.

What does the future hold for you (outside of your exhibitions)? Are you working on any new projects? What would you like to achieve in the world of illustration?

I have been working day and night for almost a year, and all I wish for right now is a vacation, but before I can relax there are a couple of projects that have to be completed. For example, we will launch the second issue of BBY magazine, and I think it will be even better than the first one. Other than that, I’m working on a couple of commercial projects that include animation but I’m afraid I can’t tell you any details on that just yet… 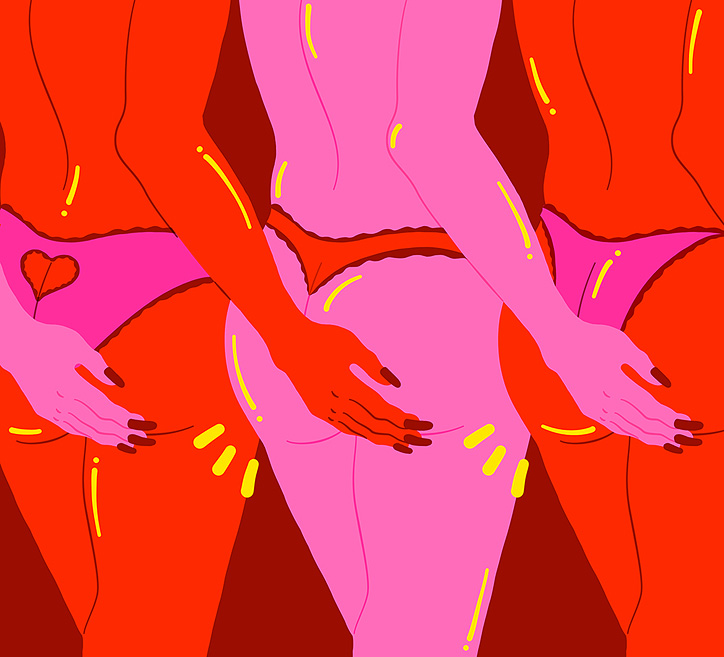 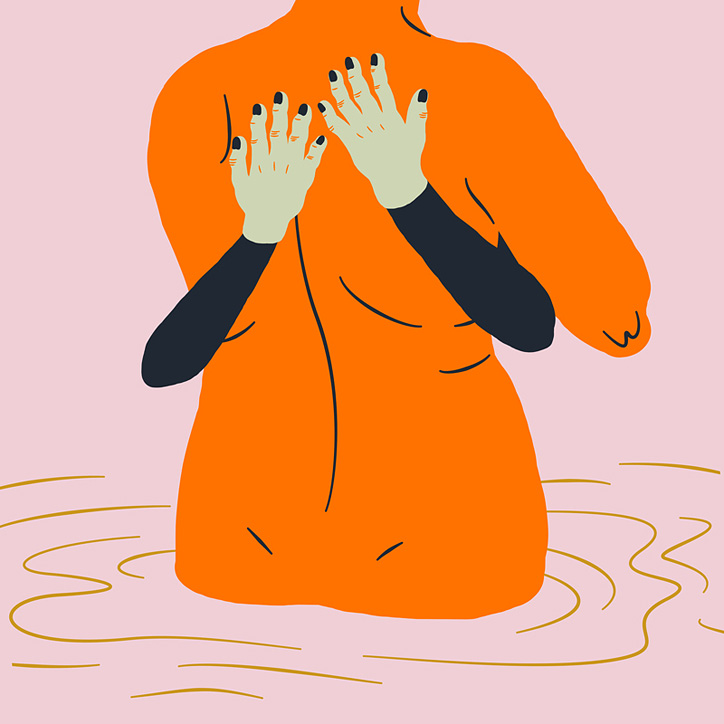 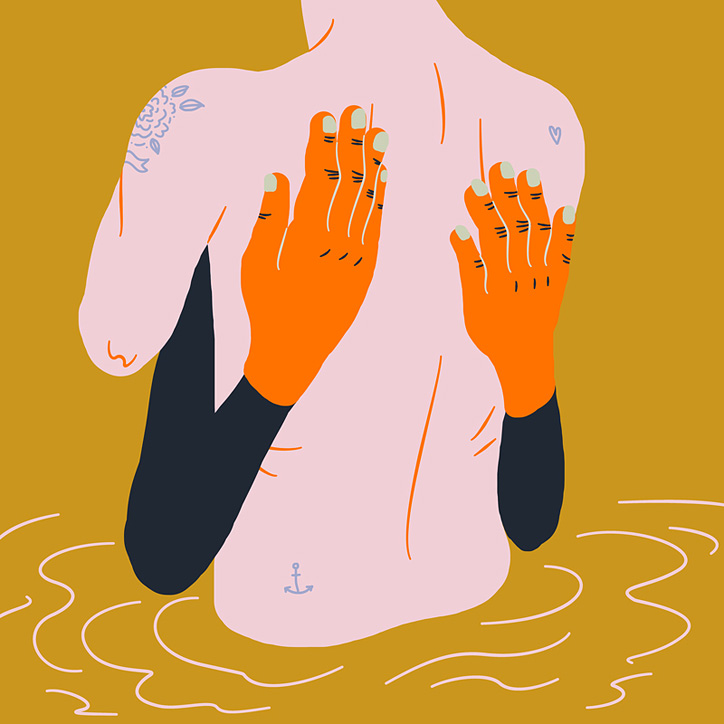 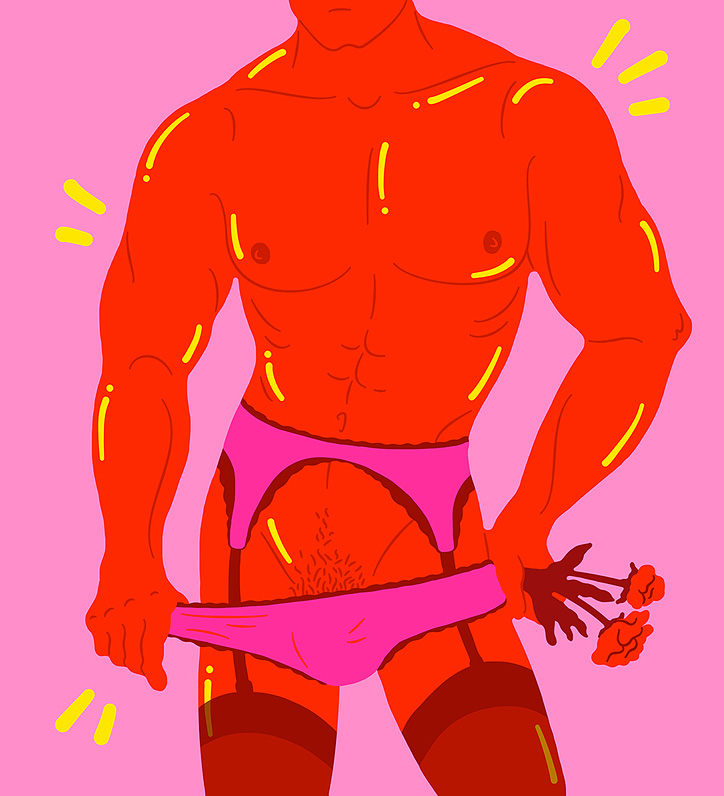 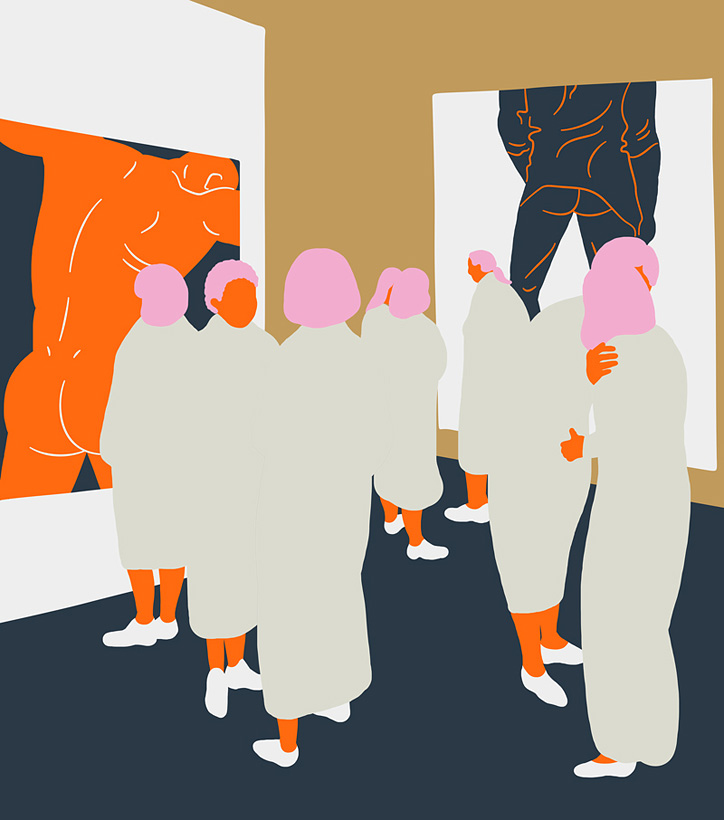 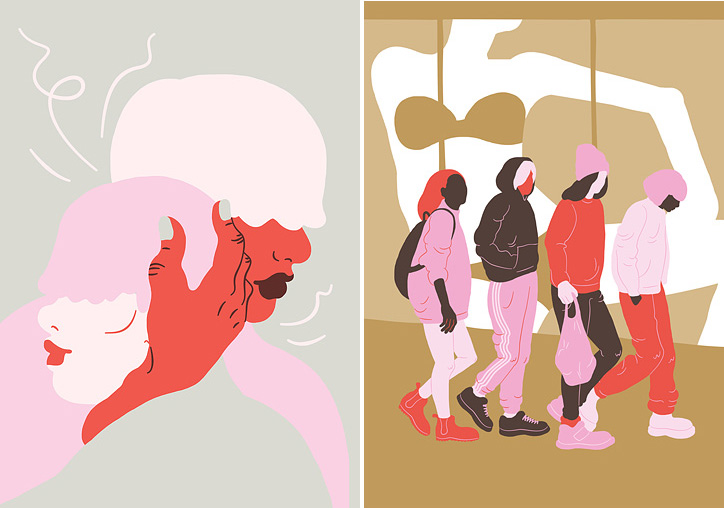 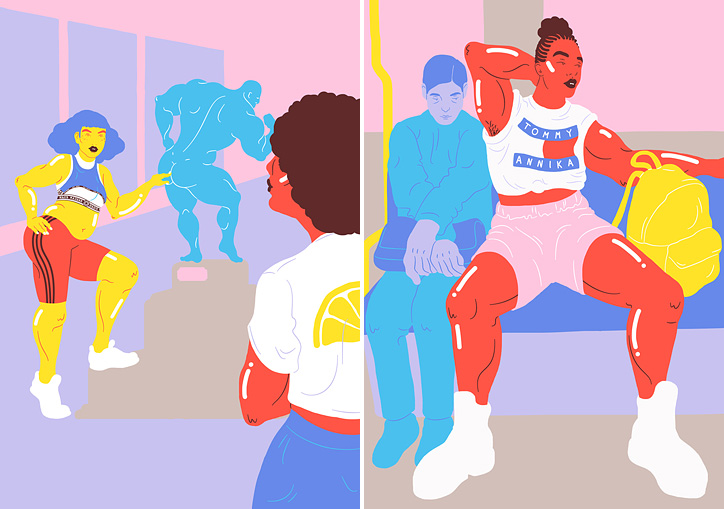 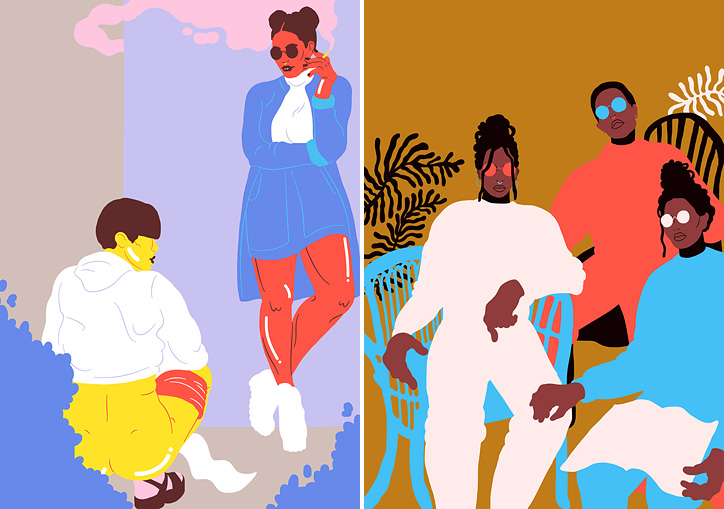