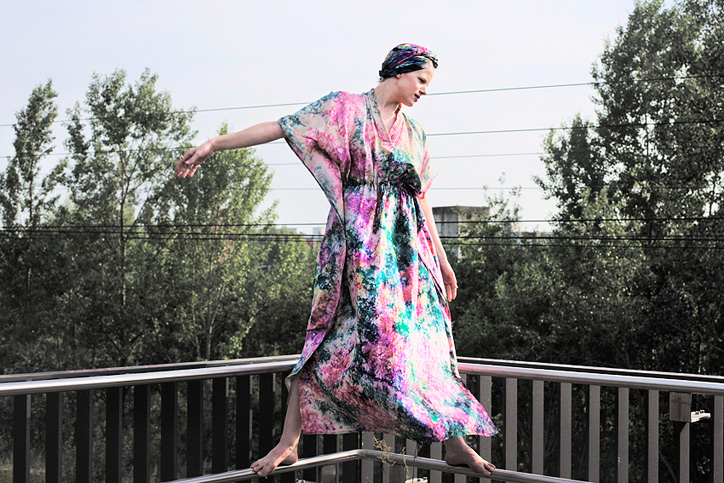 I met Sandra Kolstad at Behmstrasse Bridge, right where the Berlin Wall used to divide the city. In the middle of this strange fusion of grey steel structures and the woods surrounding it, Sandra started to explain why she loved this unsuspected place where she comes to hide from and disentangle her thoughts, neverminding the sound of the trains and cars passing by incessantly.

Norwegian singer Sandra Kolstad is a prominent name in Nordic Pop Wave, but the artist's work also doubles as an example of the music being produced in Berlin nowadays. She refuses to be compartmentalized, is in love with the city she is living in and a firm believer in fusing the old to create the new. METAL got a chance to chat to the woman behind the music.

You began studying classical music with composer and pianist Wolfgang Plagge. When did you turn the corner to pop music?

I started playing the piano when I was six years old. I was always also writing music, for myself, small melodies you know?, and I was doing that all along but it was never my focus somehow because I wanted to play classical music so badly. As I became older though, composing on my own became more important, and I gradually realized that I would prefer doing that, I thought, than getting too stuck in classical music. But of course it wasn't easy. I had been so focused on classical piano that when I decided to stop, to reinvent myself, I had to seriously start asking myself: who am I?

So like so many others, you then came to Berlin to find yourself, right?

(Laughs) Exactly! But I first travelled to other places like Mongolia, India and Cuba.

What influence did those journeys have on your music?

I am very interested in music that is not European, not Western-produced. I even had the great honour to get to work with a Bulgarian women choir. They have a longstanding tradition, they sing in a very special way with several strong voices. That definitely left an impression.

But your recent music has a lot of electronic beats, so quite different from this traditional choir. What happened there?

Well, I then moved to Berlin. It was here that I first worked with Ableton Live, a music software program. I had never heard of it before, and I had never worked with electronic music either, so I started to learn with this program and really liked it, and then began to produce beats and electronic music, until I finally started buying more and more electronic hardware, synths, drum machines... I felt that I had really found a sound that I felt good with, in a way.

Would you say you actually found your musical identity?

Absolutely. And I think it was important that it was electronic because I think I needed to be doing something drastically different- still within music though. That was very important to me.

Let's talk about your next album, “Zero Gravity State of Mind”, what style are you going for?

With this record, I wanted to really combine things, fuse them. What is new on Zero Gravity is that it's no longer exclusively electronic compositions- after all these years, I have brought the piano back!

So you are mixing the two?

Yes, electronic and acoustic. And it feels so good- after all, my starting point was the classical world and the piano, which I abandoned for the electronic, and now that I am bringing the two together, I like it much better than either on their own. Nowadays, we have so many examples of people working with mixing electronic and acoustic- Björk for instance, but also on the jazz scene, there really are a lot of people doing that.

That reminds me of what you said about Berlin being a bit of a paradox, with all the nature you found co-existing with all the structures, the urbanity and industry. Acoustic and electronic are quite different from each other, almost opposites. What did you want to bring to “Zero Gravity State of Mind” by introducing this duality?

On Zero Gravity State of Mind, I am trying to communicate a state of mind in which there is no gravity. When I say “gravity” that can be understood as referring to political structures, it can be about the need of empowerment... for example women not being considered and treated as equal to men. It might also be referring to obviously psychological issues, like anxiety. And then suddenly we realize what is important and what is not, and so we break through this thing that is standing between us and life.

Did Berlin contribute to you reaching that point?

I think Berlin is good for everyone, really, but especially for creative people, whether they are involved in music or other forms of art. Because it is such an open city- I mean in several ways, alone physically: there really is so much space, empty houses, lots of abandoned spaces where people can just go and live if they want to. And psychologically and mentally, too, there is so much open space in this city.
Berlin is special. People come here from all over the world, so there is all this creative energy, and they have all these ideas...really really good ones and really bad ones too, but that is what makes it such an interesting place, ultimately. I think Berlin is the city of possibilities for many people.

Your videos for “Rooms” and “Run Aways” are visually refined and aesthetically very stimulating. Do you have a special relationship with the visual arts and fashion?

is a designer, so I grew up with her way of seeing the world. She actually made the outfit I am wearing in Rooms. But to me this is not just about fashion. For me it is more important to create a universe with my music, not just have the music isolated and by itself, but embedded in a world of its own. To me, this performative aspect is one of the most interesting parts of being a musician to me. The performance. I love the live moment, that’s what I love most, playing concerts, and interacting with the crowd.
Do you have somebody you look up to, any inspiration when it comes to performance?

David Bowie is incredibly important to me. He also creates whole universes of his own. He turned the music into something more, you know?

How do you feel being classified as Nordic Pop Wave?

Well, people say that I am. I don't know. In Norway, journalists say that my music is not typical Norwegian Pop, and they hear a lot of Berlin in my music, and the dark clubs – and here they write that they can hear the dark forests of Norway and the ocean in my music. It is interesting, everything is so relative. And that is what Zero Gravity State of Mind is about as well. It is what it is, and it is all about how you perceive things! 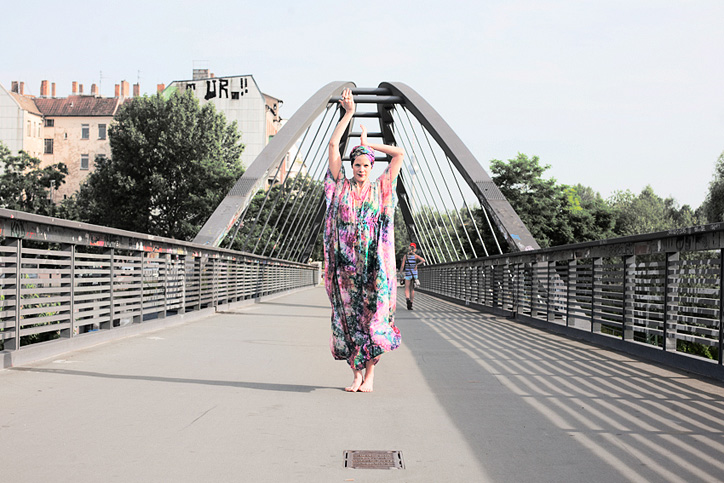 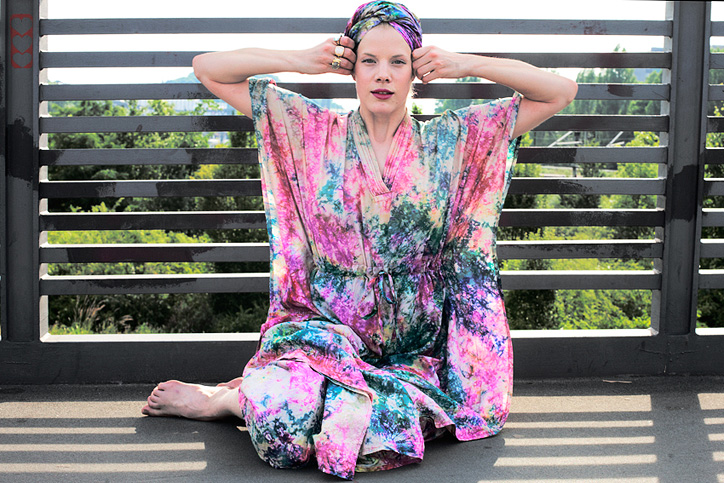 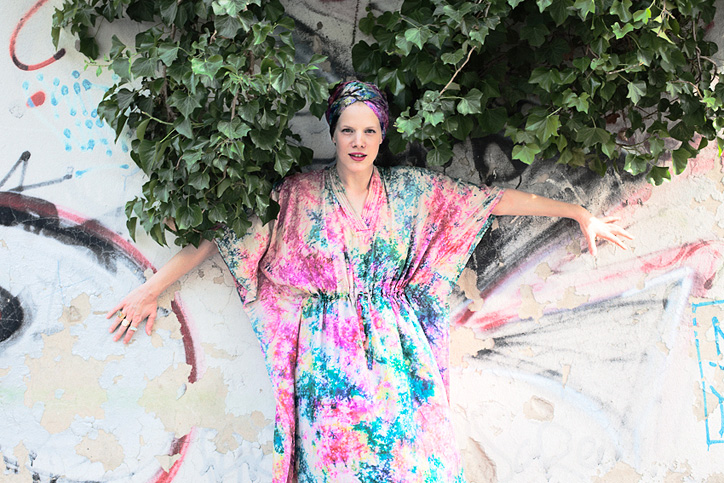