As if it should have been a quarry 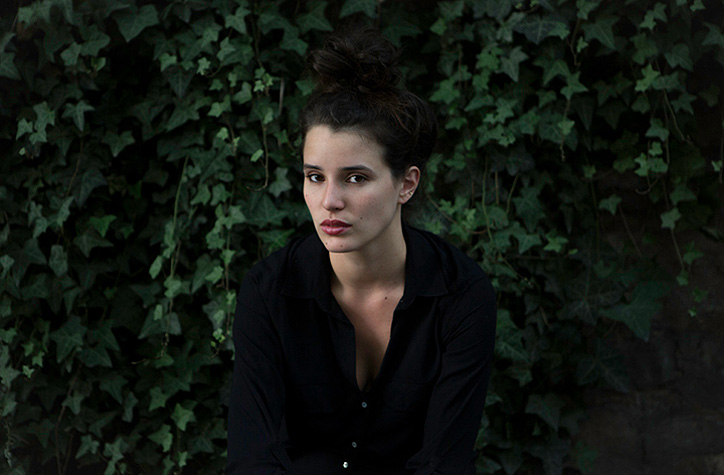 From New York City but based in Paris, Sabine Mirlesse has been moving around not only in terms of cities but also in her career. As if it should been a quarry opens today at La Galerie Particulière in Paris, and represents the first solo exhibition of the photographer. The photographic series takes place in Iceland and discusses, visually, the most pure, essential and harmonious human relationship with earth, nature and evolutive surroundings. On the occasion of this re-visit to Iceland –the work was published as a book back in 2013– we talked to Sabine about the land and the people she portrays, and about the variation of genres not only in her work, but also in life.

As if it should have been a quarry is the name of the show. After some research, I've seen it is named after a poem by Robert Frost, Directive, from 1954. The poem deals with the trace of former experience, linked to the progress and action of a natural force, which seems to be also the main theme in your work. Could you explain to us a bit further the intention of your photographic series?

The Frost poem can be interpreted in a variety of ways, but what I took away from it was a return to a well-source, both physically and metaphorically, and finding your strength. To dig deep and “be whole again”, as the poem ends. The story of the town of Heimaey and its eruption and how people dug their homes out of the ash and stopped the flow of lava is an extraordinary instance of what human beings are capable of accomplishing when confronted with a disastrous force. I wanted to try construct a narrative in conversation with that event, about the parallel between the landscape and the individual there.

Had you ever visited Iceland prior to your artist residency? What was, for you, the most striking feature of the country –both the land and its people?

No, I had never been to Iceland before going there in 2011 for the residency, but I had heard from friends who had been how extraordinary the landscape was. The most striking feature for me is this feeling, based on the weather there and the bewildering lack of trees, that you are living on someone’s skin –an entity that inhales and exhales, cries, ages and wrinkles, and so on. The human-like qualities to that piece of earth are very moving –that is, it’s like a person.

This work is based in Iceland, your latest body of work is based in Armenia. As you said, both countries suggest an alienation from big political structures and continent borders. Do you feel a connection with this kind of surroundings? What makes them special for you in order to work on such places?

I’m not sure I think of the two countries as alienated, but rather as ‘spaces between’. And I suppose I can’t deny there is a part of me that is instinctively drawn to locations or cultures that in some way swing back and forth between two continents. I, myself, having one American parent and one French, I’ve been a bit in-between over the years. But what makes a place special for me is less straightforward, some inspiring combination of energy and legend, but something intimate too.

Pureness, harmony and spiritualism seem to be also a characteristic from those places. If one acknowledges your background in Religious Studies and Literature, these themes seem to be a constant human concern –it seems reasonable that you explore them. Do you think this background of yours has helped you build the current approach of your work?

Yes, even when I’ve tried to avoid it it comes ‘round again.

Do you think your artistic work and your academic studies complement one another? How?

I’d say I’m pretty influenced and inspired by what I read. I have a love/hate relationship with writing as well, but that’s another story. The link between the ‘artistic’ and the ‘academic’, I think, exists in the sense that you are a sum of your parts. I have these references swirling around my head to riff off from my previous studies that, whether or not I want them to, pop up when I’m thinking about a project and why I think its meaningful and why it matters to me. I don’t think I study a subject any more or less than any other artist just because I got this other degree, in addition to going to school for photography. Perhaps it’s more in the connections I make. In college my research papers were at times pretty ‘out there’ in terms of the way I’d construct an argument –and it really depended on the professor whether or not it was judged as ‘out there’ in a good way or in a bad way. Some would return my papers bloodied with red ink and notes about my run-on sentences, while others would tell me it was lyrical and encouraged me. One time I was told that my paper on a passage from an Italo Calvino book was an entertaining read and I received an A, but there was a note saying that next time I ought to do something a bit academic… So there you have it –and now I mostly make photographs.

As if it should have been a quarry was previously published as a book, a remaining object. Now it mutates in form, and it is displayed at an ephemeral setting. Do you think this change of format affects the work in any way? And the spectatorship experience?

An exhibition versus a book is a completely other incarnation, definitely. I’m honestly so excited to see it in its new form and get people’s feedback. I can only hope it will be engaging in a different way. There are some new visuals that aren’t in the book in the selection for the show.

We can see portraits and landscape photography in this work. Does your working process or your approach differ depending on the kind of picture you take?

Apart from obvious logistical things, the approach isn’t different for me, I like combining genres of images at times, placing portraits with landscapes with staged images and documentary ones as well as more abstract visuals. I don’t think life happens in any one genre, so I don’t see why photography should. But then again this particular project involves some drawings as well.

The subjects in your images seem to be in total harmony with their land and its natural evolution and changes. We just see them, but we wish we could hear them speaking. Is there any story you were told during the making of the project that you could share with us?

The older couple that I photographed standing on the ruins of their home told me that if there was one thing they could retrieve of their belongings that had been melted by the lava it would be photographs. They told me there was a part of them melted into the ground. I was very moved by that.

Can you please explain a little bit more about your current work based in Armenia and any other upcoming projects?

My project in Armenia is still a bit of a work-in-progress but I can say it is inspired by mythology. I’ve got a couple of other things I’m fantasizing about making/doing but they are further down the road! 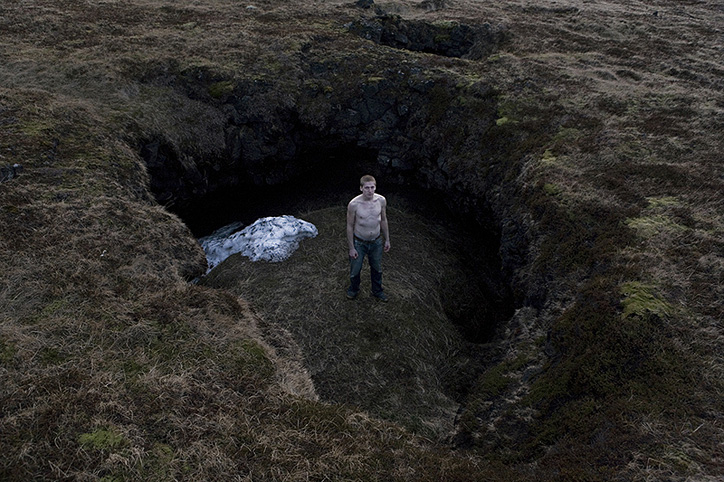 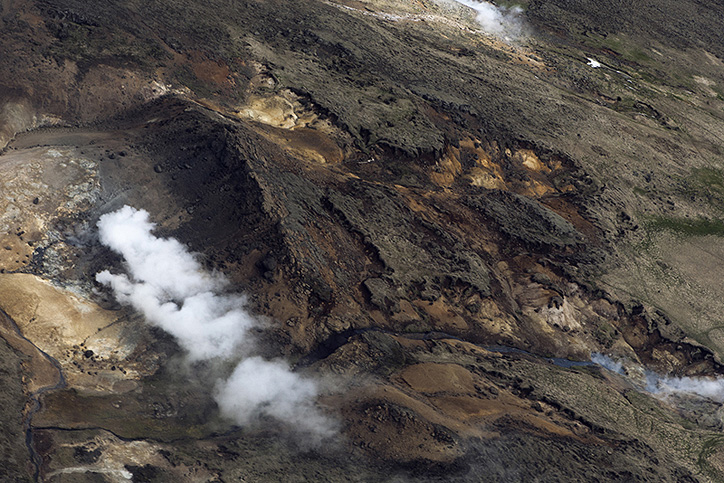 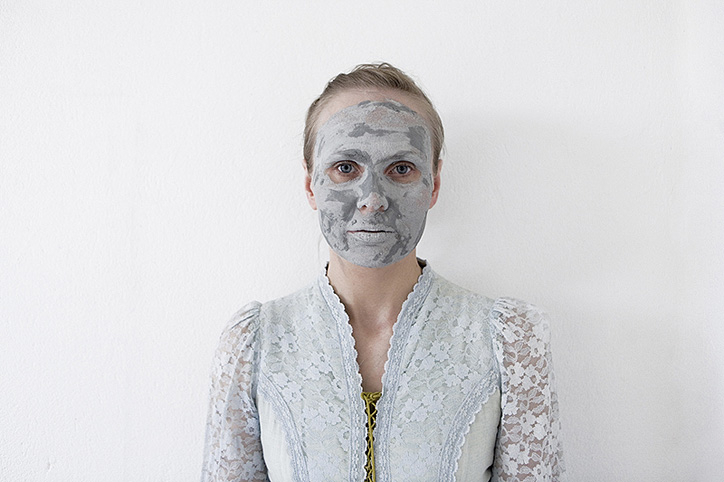 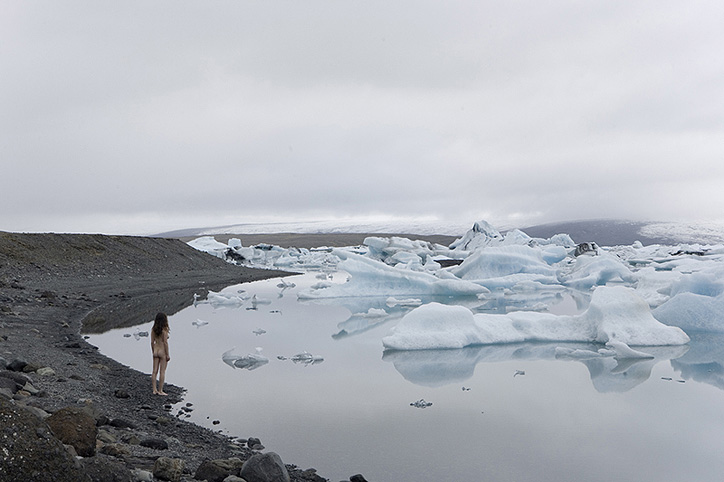 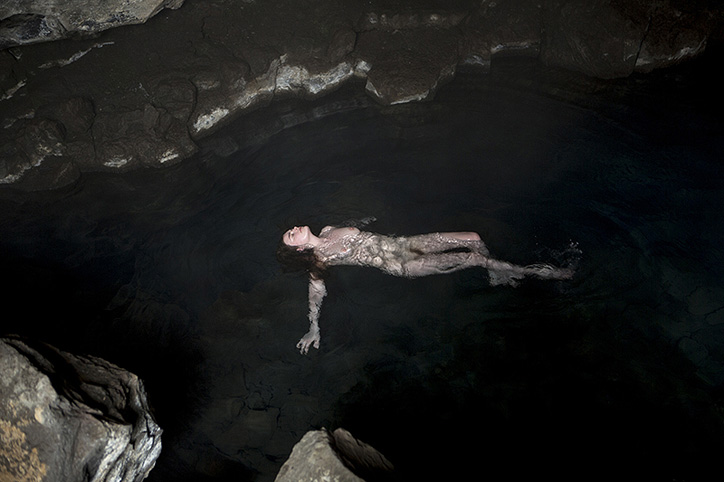 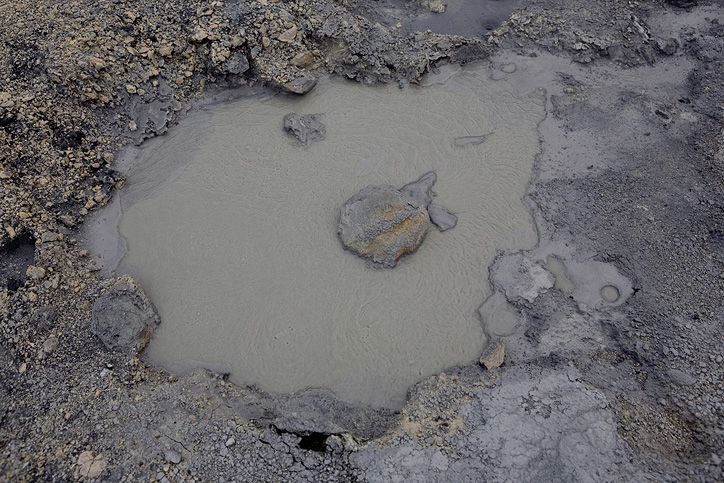 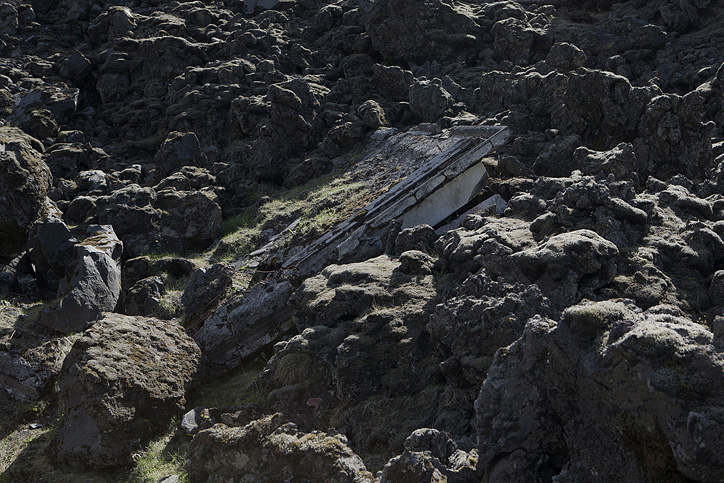