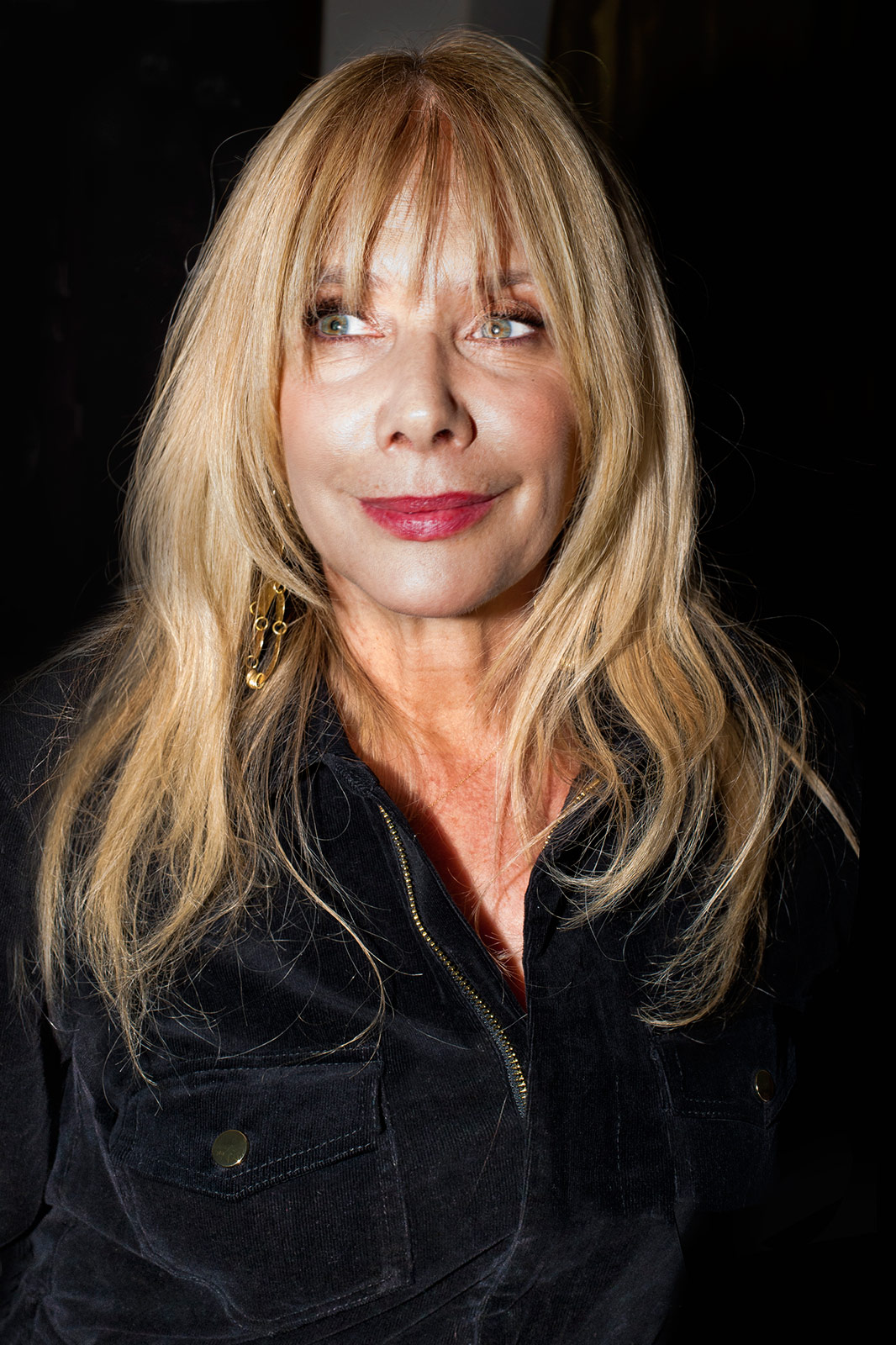 At the 30th Stockholm International Film Festival, iconic American actress Rosanna Arquette was awarded for her commitment against the powerful Hollywood film producer case as she’s one of the instigators of the #metoo movement. She is involved in an upcoming BBC documentary about the rise and fall of Weinstein, and recently, has been arrested in Washington D.C. for being part of a demonstration against climate change.
Arquette is part of some of the most iconic moments in the film making. She has worked with some of the greatest film directors of our times, including Scorsese, Tarantino and Cronenberg, among others. Nevertheless, lately she’s been in the spotlight for her activist facet. After rising her voice against the powerful Hollywood producer Harvey Weinstein, she became one of the main faces of the #metoo movement. Furthermore, her political and social commitment continues. Recently, American actress Jane Fonda invited Arquette to her Fire Drill Fridays – an initiative inspired by Naomi Klein and Greta Thunberg to create awareness on the climate crisis –, which winded up with both actresses arrested in Washington D.C.

Born in New York and raised in Chicago, the elder of the Arquette clan is not new to being politically and socially committed. Her mother was an activist in the 1960s and she has supported the LGBTQ+ community in Los Angeles co-funding a clinic and a violence intervention programme namely The Alexis Project https://alexisarquette.com/. In addition, she’s been involved in several activities helping young women in India who’d been working under slavery conditions together with Mira Sorvino, who also was one of the rising voices of the #metoo movement bringing the case to the United Nations. She doesn’t think the #metoo will fundamentally change Hollywood but it’s clutching at straws. With the opportunity to meet her during the Stockholm Achievement Award gala, we briefly caught up with Arquette and took some notes from her speech to celebrate this commitment.
Last week, you were arrested when Jane Fonda invited you to join her together with Catherine Keener in the Fire Drill Friday protest. What happened to you guys, how did they treat you?
I would love to talk about that. In September, my mentor and very great friend, Jane Fonda called and said, ‘let’s go on a road trip’. I was like, ‘oh, great, who’s coming?’ – Catherine Keener; the three of us will drive down to Washington D.C. in the car. She [Fonda] is the most extraordinary human being! She deserves the Nobel Peace Prize. She is reading the new book about climate change Naomi Klein wrote. She was like ‘I’m moving to Washington, I’ll be in front of the White House, and I’m moving to Washington!’ She called Naomi Klein, she called Greenpeace, and she planned all this whole thing.
Last weekend – she’s been living there for a month –, it is the fourth time she got arrested, so Catherine and I went. It’s called Fire Drill Friday and is inspired by Greta Thunberg. Because it was her fourth time arrested, Jane spent the night in jail with cockroaches – the real deal. In the United States, when you get arrested more than three times, you have to spend the night in this type of places – this disgusting administration! Sorry…
Climate change is an urgent crisis, but what makes you be so politically committed to the cause?
Every one of us is an activist. It is in our soul, our blood, in our DNA. Everybody does their own thing in their own way. My mother was an intellectual hippie and activist. When I was a kid, I marched with Martin Luther King Jr. in Chicago, where we were living.
How far or how close are we to get rid of sexual assault, bullying and abuse of power?
We have a long way to go in what we are doing, and it’s not going to stop – especially in Hollywood. I highly suggest to read Ronan Farrow’s Catch and Kill. It tells the whole story about how far people go to shut down the truth.
You appear in an upcoming BBC documentary about the rise and fall of Weinstein.
They hired people to spy on me. You never know, it’s been like that. When I told a lot of people [about this incident], they told me to keep my mouth shut, that ‘you better be careful, you can’t mess with him’. He knew he did this to me, why did he pay so much money to spy on me? What would he worry about? I’m going to support Annabella [Sciorra]. But look what happened: he’s dead. They killed him – that’s what I think.
Everything we have read about your experience with him is true?
He called me saying he got a new script – it might have been false. He didn’t have the movie, but it was the way to reel somebody in, including the agents because he never made this movie. So, I got to the hotel – ‘Harvey Weinstein is waiting for you upstairs’ [she frowns] – ‘Upstairs? Oh, well, okay.’ He probably has the penthouse suite, it’s like an apartment, you know. But the first entry was like, danger – that was my intuition.
When I’m upstairs, he comes out in his white bathrobe, which is what he did with a lot of people – uf…it’s so gross, I’m sorry. He said, ‘my neck…’ and I was – ‘Oh my god’ [she reaches out her hand] And he grabs my hand to put it on his neck, and I was like, ‘oh, no’. And there he goes: “You are making a very big mistake, Rosanna. Look what I’ve done for Gwyneth Paltrow…” – she is one of the people who came against him but she never was with Harvey Weinstein – “…and Elle Macpherson” – those are the two names he gave me. I said I would never be that girl and I left. My career changed… fast. He would change your reputation by saying things like, ‘oh, that woman! She’s really a nightmare.’
How do you feel about the current moment in your career as an actress?
I am a middle-aged woman, I’m ready to do those roles with the knowledge and things I know. When you look to some of my most popular roles, it’s like, ‘oh my god, she was young and beautiful!’ (Chuckles) You know, that was a long time ago, so I’m ready to do the next thing. 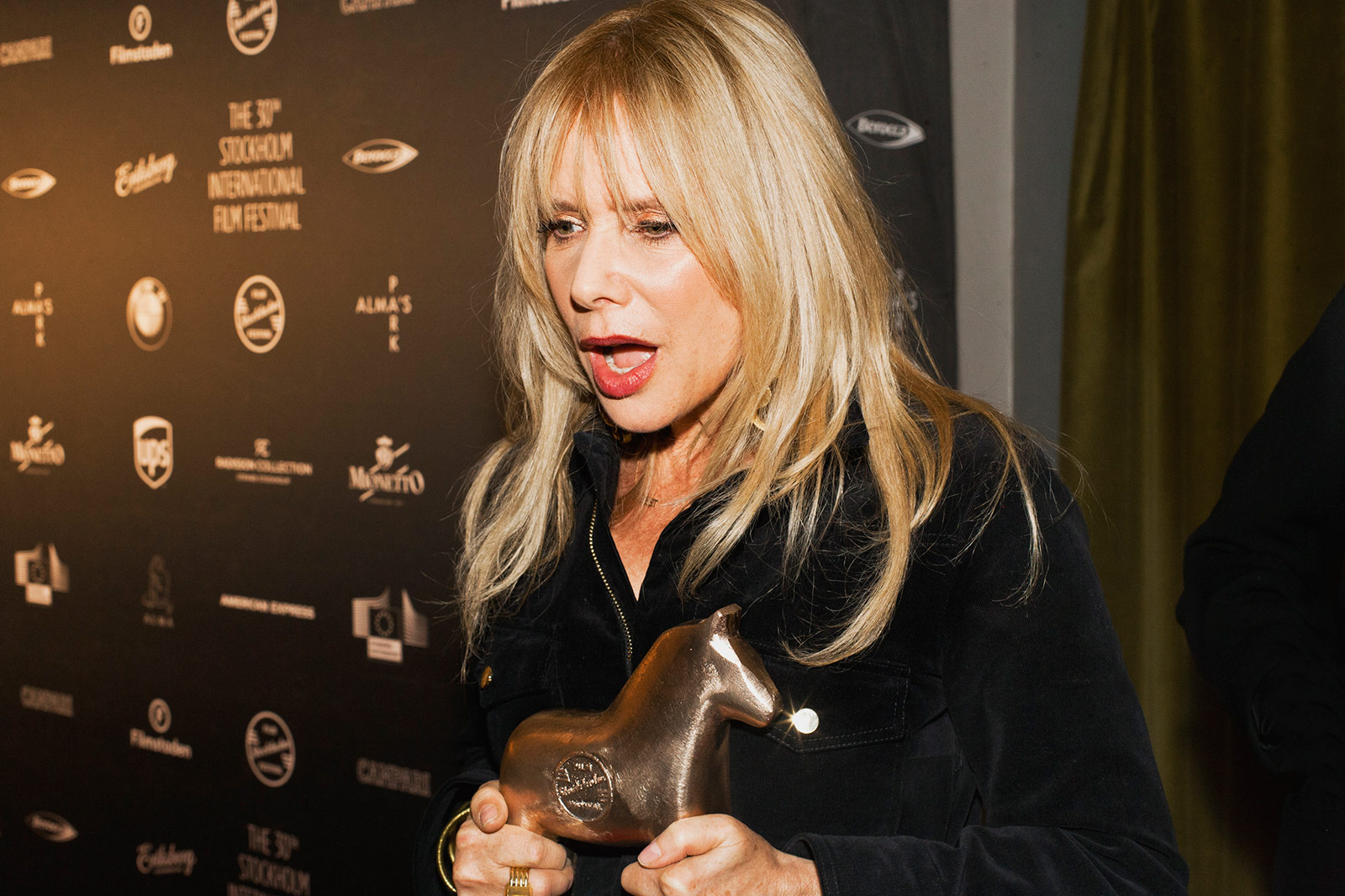