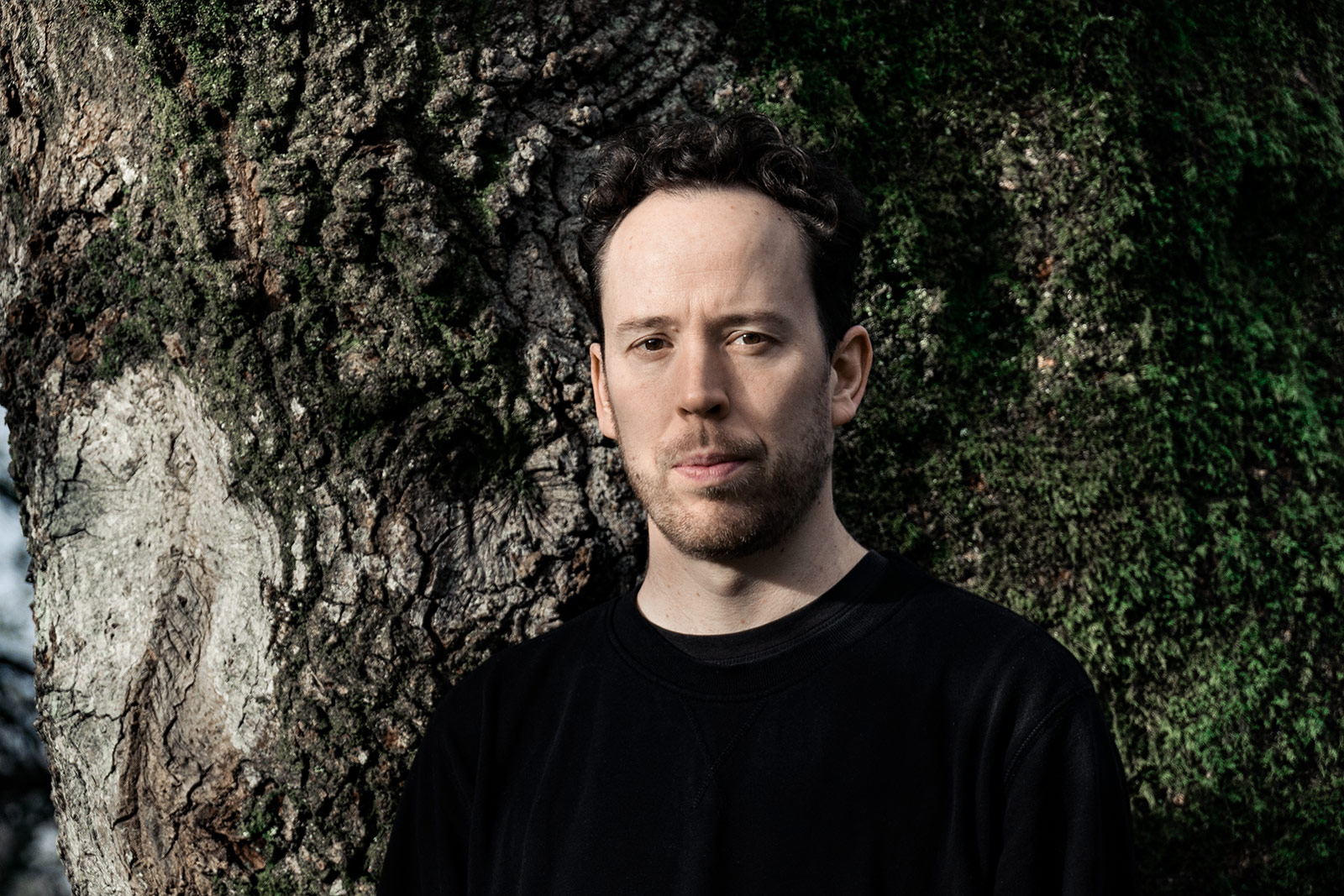 Storytelling has been ingrained across most, if not all cultures; we love a driving narrative to get sucked into. In the music sphere, concept albums grab our attention through this very fact – a way to understand and comprehend the music that engulfs you. When the music itself provides an equally cinematic quality, like the works of Roly Porter, it makes the experience even more transcendental. With his new release Kistvaen, available now via Subtext, Roly Porter has continued along the conceptual path in tackling the equally timeless subject of death, and all the rituals that come with it.
Kistvaen is named after a kind of ancient, granite tomb found in the UK. Specifically, Roly centred on the Neolithic tombs of Dartmoor – in South Devon, England – which are unique in the fact that nearly all these tombs are oriented along the NW/SE direction so the dead could face the sun. Visiting these memorials, Roly and visual artist Marcel Weber (MFO) took on the task of reflecting the duties and sensibilities these tombs reveal through the audio-visual experience, as shown at events including Berlin Atonal and MIRA Festival, Barcelona last year. Their collaboration comprised the six pieces on Roly’s new record, that attempt to express how this forgotten, pagan era and the technologically abundant present are inextricably interwoven.

In keeping with previous releases, Kistvaen occupies a space not easily categorised through his use of field recording, folk instrumentation, and digital processing that signal fleeting moments of his past dubstep routes, drone, and even classical. The dense, electronic quivers that span Kistvaen provide an ominous atmosphere that make sound design perhaps the most apt terminology. Vocal performances from Bragod’s Mary-Anne Roberts, Dead Space Chamber Music’s Ellen Southern and vocalist Phil Owen are heavily embedded into the mix to compound the spectral theme of the record – as if the once dormant dead are wailing into the present, but only occasionally being understood. We spoke to Roly about concept albums, the non-linearity of time and music as an answer to the importance of rituals.

You said your last album’s composition took a very long time and was emotionally draining on your brain and social life. Given the intense subject matter here, and the longer than usual time between albums, was this an equally challenging experience? How was it making this album?
Yes, it’s true although that makes it sound a little negative. It’s a choice and a pleasure to do it and it’s a challenge I love more now than ever before, so the fact that I have an underdeveloped social life, or become strangely obsessed with Neolithic burial sites and ignore my family, is definitely a conscious choice and not challenging in a negative way.
The length between albums, or the real challenge each time, is finding a new texture or language or instrumentation – however you would choose to describe the palette of sounds or techniques that represents the world for each project. I’ve no doubt that to many people much of my music would sound the same, but for me it is important that there is a different approach each time, in the construction of the sounds and structures, so it can take some time to find the right approach. But yes, it does drive me crazy.
All your previous solo releases are somewhat conceptually driven – whether the narrative is more literal like on Lifecycle of a Massive Star or otherwise. In terms of process, does the concept always inform the sonic or do you have preconceived ideas of what type of album, what tools and what sounds you would like to make and/or utilise?
I would like more often to be guided purely by the sound or process, but the conceptual narrative has become a fundamental part of writing music for me. I love music technology, I am fascinated by new tools and approaches in music, and that is the area I spend the majority of my time in – finding new ways to make sound. But at the end of the day, when it comes to actually putting one thing after another, writing something that has a shape, then I need to construct some kind of narrative or compositional structure and pinning that to a concept, like the burial ritual in this case, has become essential for me.
The concept of this album is quite specific in terms of time-space and subject matter – with the Kistvaen’s ties to the Neolithic period in Dartmoor, South-West England – and you utilised field recordings from your visits to Dartmoor itself. What drew yourself to this particular subject matter? Given this project was originally A/V, was it a shared interest with your long-time collaborator, Marcel Weber (MFO)?
Yes, the ideas were developed together with Marcel (MFO) and it was a great experience developing the sound simultaneously with the visual aspect. Marcel and I spent a long time on Dartmoor filming and discussing the narrative. Watching him construct the film and thinking about the project in a visual way definitely helped in its construction. Dartmoor is interesting in that, while it feels very evocative and has a bleak kind of beauty, it would have almost certainly looked completely different in the time we were imagining, so as opposed to making any attempt to accurately portray aspects of the past from a historical point of view, the project became more like a thought experiment around how humans with the same bodies and minds as us, but in drastically different technological eras, would respond to and develop rituals around death. 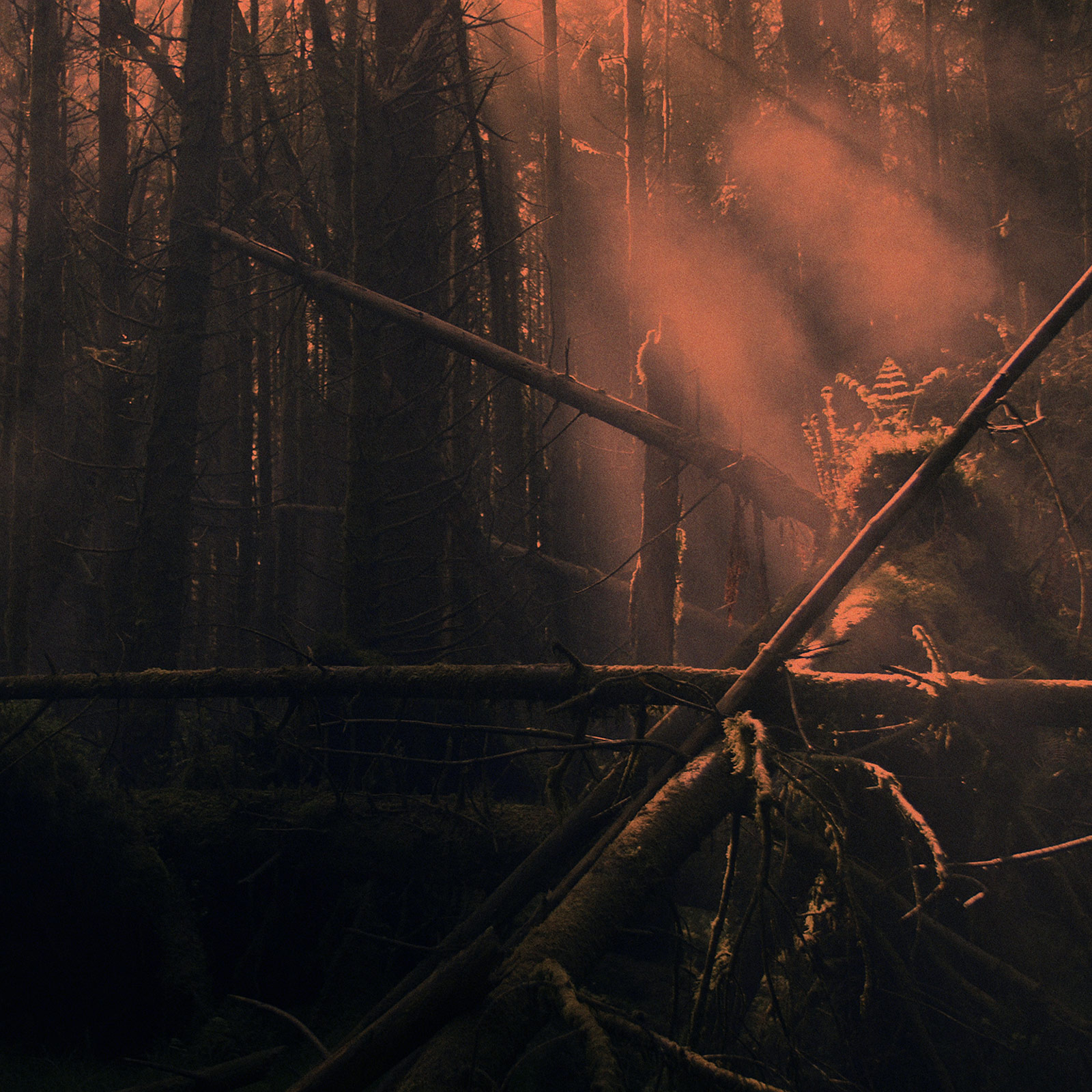