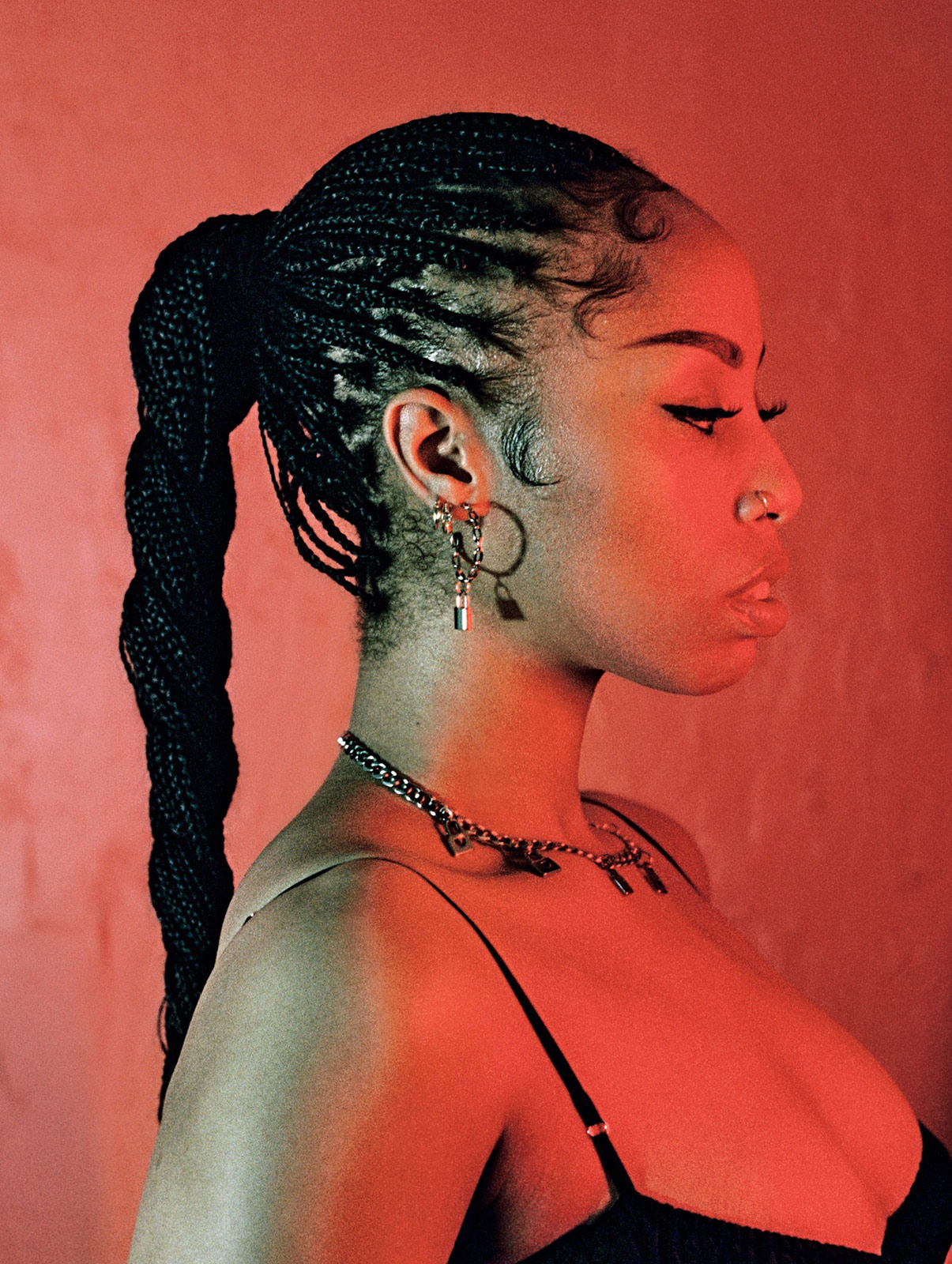 Rochelle Jordan’s new album is the antidote we’ve been waiting for to release us from our Covid induced slump. Her latest release, Play with the Changes, experiments with a new side of R&B, resulting in a colourful reflection of her evolving self. In this period of stagnation where the absence of change is palpable, Jordan taps into the bravery of embracing newness as her sound blends positive affirmations with playful house beats.
Her lyrics are confident, and it’s no wonder given the success she’s accumulated since releasing her debut album in 2014. Born in the south of England to British-Jamaican parents before relocating to Toronto, Jordan’s musical heritage plays heavily into the sound we hear from her today, as she explains how Play with the Changes merges memories of her childhood and adolescence to push the bounds of her work. Having recently been signed to TOKiMONSTA’s Young Arts Records, we catch up with Rochelle ahead of her big release to chat spirituality, positivity and the gift that is music.

Your new album Play with the Changes is due to come out tomorrow with much anticipation, how are you feeling ahead of the big release?
Oh man, I’m feeling excited, nervous and thankful! I’ve been holding on to this music for some time now, so I've also been anticipating releasing this just as much as my day one listeners have. The timing feels right, I’m just ready to release this to the universe.
In previous interviews you’ve expressed that your family massively influenced your love of music. What are your early memories of music?
My early memories, I would say were the weekends at home as a child. My mom and dad would play gospel to classic lover’s rock anthems throughout the house while cooking a big breakfast, all into the evening whilst cleaning the house. Upstairs was always a completely different vibe, as my big brother would be blasting house, drum & bass and R&B records from his bedroom. It was constant music that my little ears were swimming in.
How old were you when you started to write and make music yourself?
I would say around 13 I began writing little poems while trying to figure out what the song writing formula actually was. I wrote my first real song at the age of 16. It was called Connected the dots. I’ll never forget it. I actually wrote it to the instrumental of Fabolous’s Breathe record that had just came out. Cassette tapes were being replaced by CD’s at the time, but I still had my double cassette player were I was able to record myself onto a cassette while simultaneously playing the instrumental - or something like that (laughs)! But yes, there was a lot of experimenting going on with music in general around that age. 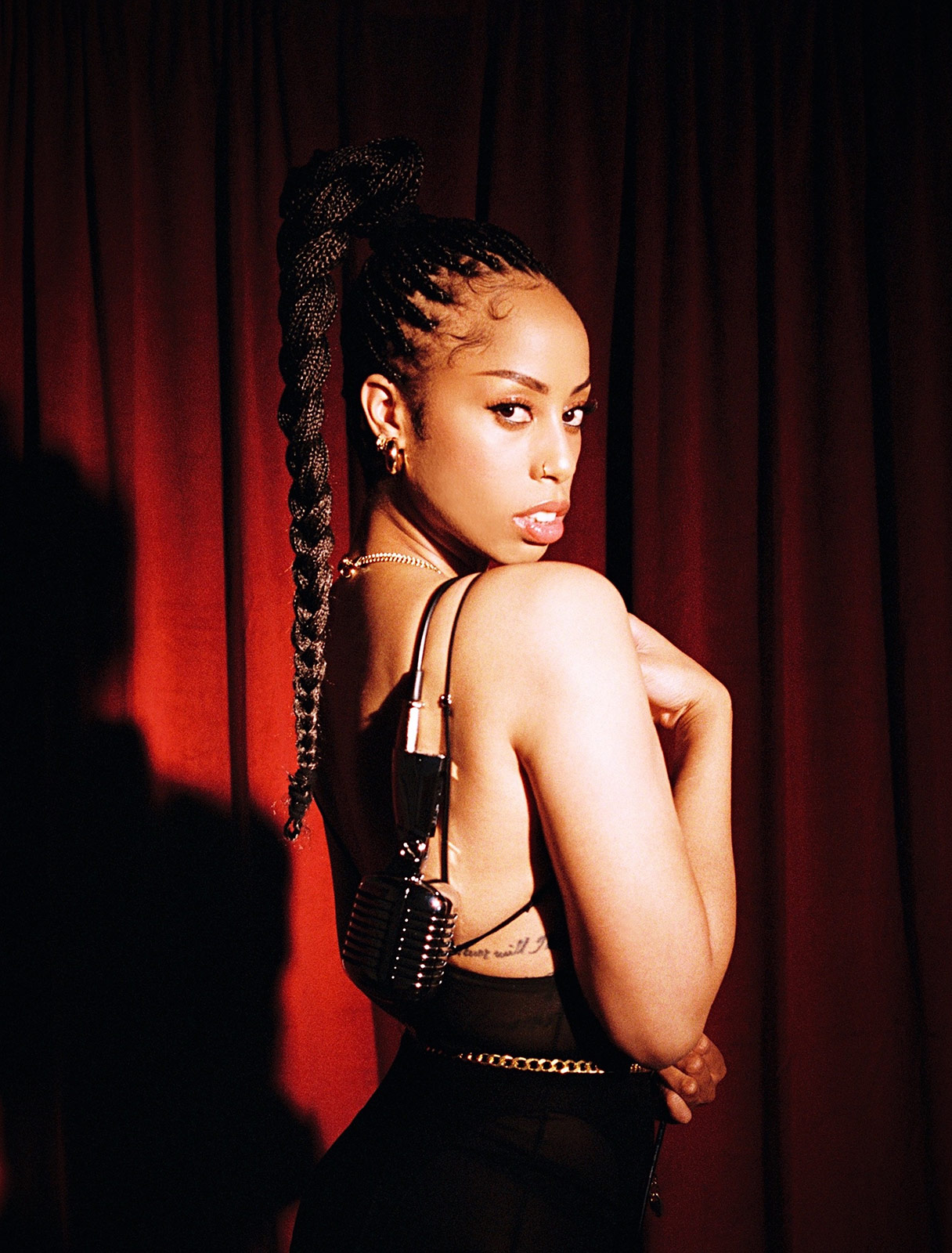 How does the music that informed your childhood play into the sound you currently make?
Well interestingly enough, for this sound of music I’ve been making over the past 6 years, it’s really rooted from my adolescent years. I made it a point not to overly submerge myself in the current sound of what music is, but to try to reach into the memory bank of everything I've ever loved and heard growing up. Of course, naturally I'd also be influenced by current changes in music as I would tap in and out. Also, trying to forecast where I could have a hand in pushing R&B and dance to the future, but when I listen to my music I’m happy to say that I can really hear the elements of my past whether it’s in the soundscapes my producers used, or harmony melody choices.
You’ve given us a little taster of what’s to come in Play with the Changes  by releasing four singles from your new album, including the current single Something. The songs you’ve released thus far have been pulsating with a liveliness that dares you to get up and dance along. What do you hope your listeners will take away from Play with the Changes?
I hope they hear that I’m sincerely an artist first and will always be. With that, I’m forever morphing. I’m forever searching for new sides of myself and Play With The Changes is my reflection of that. I have a fan base that is used to hearing me on classic R&B anthems and so they haven’t really tapped into the other sides of me that have always been very experimental. So, showcasing that this time around, I know that it may be a bit jarring for them, but that’s okay and it’s actually a good thing. I want the listeners to feel good and open to these changes, not only in my music... but in life generally speaking. A lot of the time we’re so afraid of change because we don’t know what's on the other side of it. So easily do we paralyse ourselves instead of being brave enough to open our minds and go forth into new territories. It’s sad because that’s where you learn the most about yourself, you know. So, I hope they take away joy, movement, playfulness and change as a good thing as they listen to this record.
Which is your favourite song from the new album and why?
I love and hate this question! It’s like saying, I have a favourite child out loud in front of all the other kids (laughs). If I have to choose today, I’d say Brokensteel. Everyday that answer changes though.
One of the songs you’ve released, Got Em, incorporates your vocals with a video of yourself spotlighted by a colourful strobe show. The repetition of “You got ‘em” in the lyrics you have explained as words of encouragement, it’s about up-lifting listeners. Is this concept of affirmation something that has been a big part of your life for a long time or is it a more recent discovery?
Yes, self-affirmations are definitely a recent discovery for me in which I'm still trying to master. It’s not easy going up against years of the inner saboteur. It’s a battle I’m oh too familiar with as I've battled with clinical depression and anxiety since the age of 16. It was about 5 years ago that my circle became infused with artists and creative individuals who spoke to me often about the importance of getting into affirmations and a bunch of other interesting concepts. I felt the internal changes in my mindset as I practiced it, so it was only right that I put it in a song for others to have.

You’ve spoken about spirituality too, can you tell us more about your spiritual awareness and how that translates into your music?
For me, spirituality translating into my music isn’t so literal. I believe that the acknowledgement I now have towards my gift of music has changed in a beautiful way. I know wholeheartedly now that I am just a vessel. There is a line of connection to the celestial world that is sending messages for me to share within music. I know it’s my responsibility to keep that connection as clear as possible and that’s where practice comes in, but it’s not 'just' on me and I feel that. It really explains why I’ll write a song while recording it, listen back after and it’s almost like I didn’t know I was writing the words I was writing. I’ve been writing for years and I’m still shocked sometimes at how it comes together because It’s never planned. It’s hard to explain, but yes I’m aware that I’m just a messenger in the art of music. How it translates to my music, is that as I’m learning to let go of this false pressure that it’s just me, alone in this.
Got Em was written back in 2017, yet it was released earlier this year. What’s the process like from the origin of writing down the lyrics to releasing it into the world?
Some songs come out right away once written, some don’t. I would often feel completely broken when my song’s would be held hostage due to this or that. However, I’m realising day by day that timing is everything. It’s funny that Got Em has just came out after almost 5 years of me listening to it over and over again, yet it feels so right to be out in 2021. It even sounds different to me now that it’s out. It’s such a weird and beautiful thing.
You’re currently LA based, grew up in Toronto, but were born in the UK, is that right? How has the move influenced your sound?
Let’s add Jamaica in this mix (laughs). I just feel that being immersed in all of these diverse cultures explains why I'm able to adapt to different soundscapes so effortlessly. I’ve heard them all, I’ve loved them all and I've truly lived them all.
You’ve worked alongside some major names in the past, Childish Gambino and Jessie Ware to name just two, and have built up an impressive repertoire of material throughout your career. Who’s next on the cards for you to collaborate with?
Honestly, I would like to say Pharrell, Disclosure, Kaytranada, Tame Impala, Hoody and The Weeknd, there are so many more that I love too. But I’ll tell you this, If I could only work with producer-artists KLSH, Machinedrum and Jimmy Edgar for the rest of my life, I promise you I’d be perfectly fine.

The past year has of course been different for a multitude of reasons, and the live music scene for instance has had to adapt in such a huge way. How have you found the adaption to more virtual performances?
I’m about to step into these virtual performances now as my music is finally moving around, so we will see! I’m sure it’ll be just as fun and interesting but in a new way. Human interaction is priceless and creates a beautiful dynamic to performances for both the fans and the artist, but we just have to make it work until we have that option again.
It’s been such a loss having not experienced any live music for what now feels like an inordinate amount of time, what are you most looking forward to when things return to a bit of normality?
I’m looking forward to not wearing these 3 sets of sweatpants I've been wearing throughout the pandemic. I’m also looking forward to breathing oxygen in full again and hopefully being able to perform at some massive music festivals, seeing swarms of people blissfully living their lives in the music.
What are your hopes or plans for the future?
I’m not really big on speaking to specifics on future plans before they come to fruition, but I'll say this. My plans are to keep making fire music, big money and living my best life. 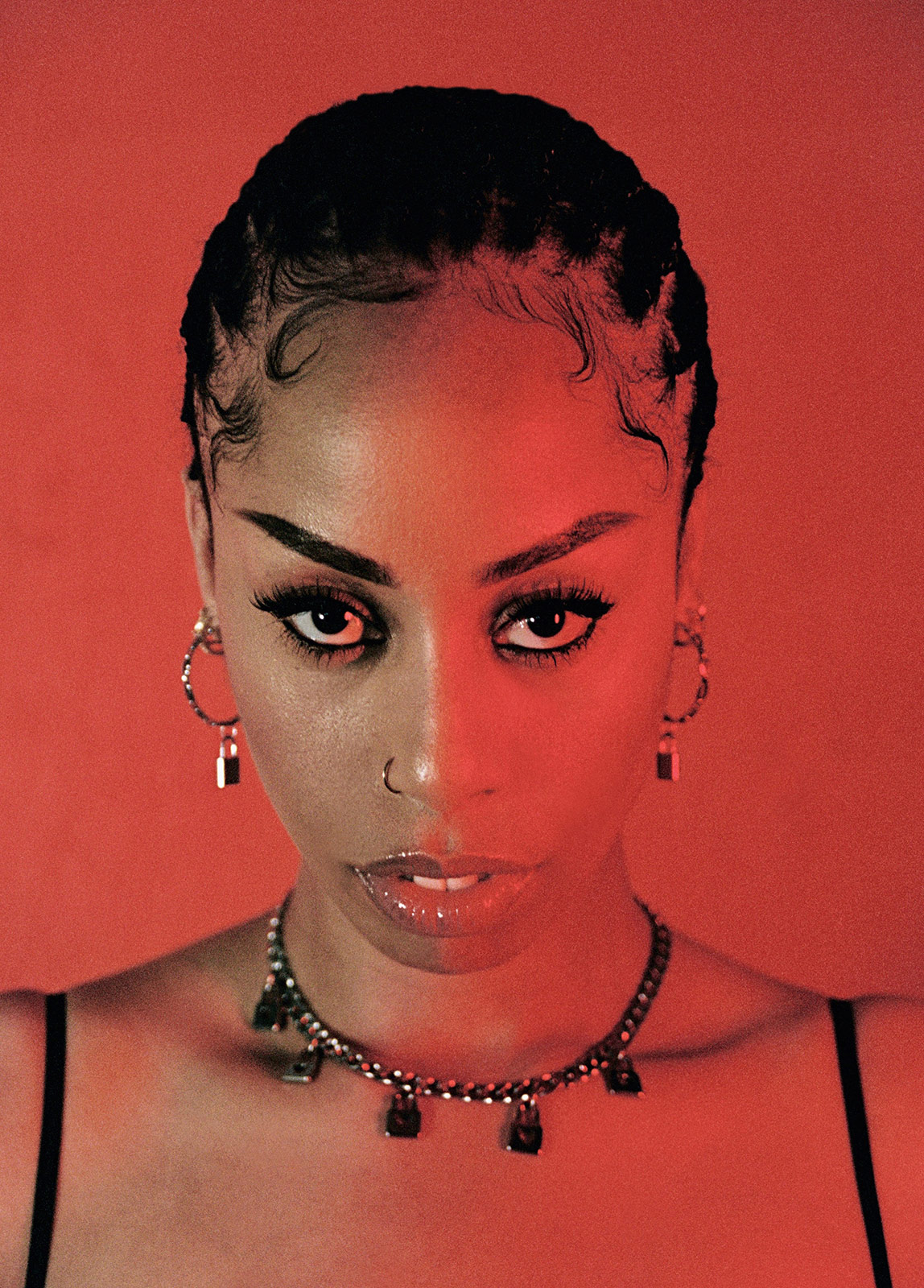