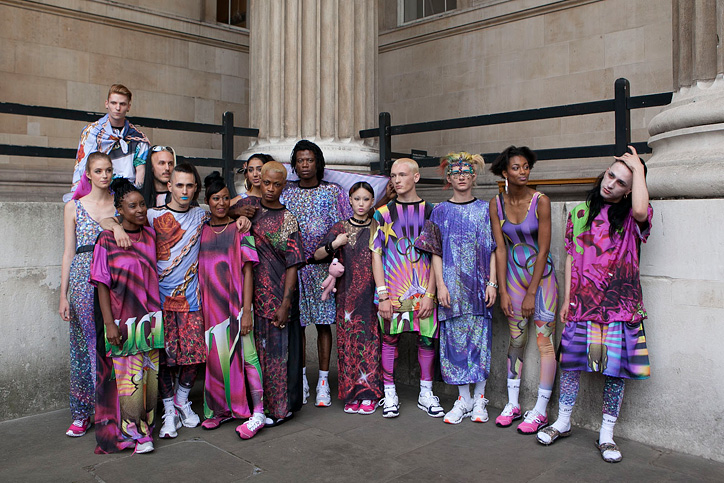 Metal Magazine talked with Spanish designer Roberto Piqueras about his second street fashion show, which was held in 'the most important museum of the city', the British Museum.

This year's fashion scene has got some great noise by controversial guerrilla activities. Pussy Riot's cathedral performance has produced countless followers across the world including celebrities, and the street artist Kidult keeps on striking fashion brands by tagging boutiques and making fake posters.

On September 13th, just the day before London Fashion Week, Spanish designer Roberto Piqueras carried out his second street fashion show in the British Museum. As he warned us beforehand like 'Don't ask anyone in the museum' because 'we don't have permission to do that', it was a guerrilla show. But this time it seemed what he wanted to do was simply showing his collection to everyone in an exciting venue without any elitism, rather than protesting against political or capitalism issues.

Surrounded by the mix of people from fashion kids to typical tourists, his bold digital prints ran through the pure white catwalk.

Tell us the theme and inspirations behind the SS13 collection?

Why The British Museum, 'the most important museum of the city', for the show venue?

Last season I launched the AW12 collection on the street in Bethnal Green, "where the inspiration comes from" and I was really happy with the result. So, this time I decided the British because I wanted to show my work in a place where everyone could attend, without guest lists or any private invitation. I know maybe my clothes are not for everyone but I want to do show for everyone. So, the british was the perfect place to communicate that idea, everyone who's coming for 1st time to London, goes to British Museum, even if they don't like what inside is and the galleries.

I think a security of the museum talked to you something during the show. What did he say and how did you answer?

The security guy came when the 8th model was starting to model on the stairs and I was super excited, so, he asked me what I was doing there. If I had any permission or any commercial paper to do that? and of course, I didn't, so I said, 'Im just walking with my friends' and he said, 'Are you walking or working?' and I said, 'walking'. So I saw his face so confused and I continued with the show and he left. But, when I finished the show, he threw everyone from the museum.

There was no music as it was a guerilla show, but what would the music for the show be if you could play some?

I'm preparing the film documentary about that guerilla show with the film director Ryan Andrews and we are thinking to play a mixtape by Lenticular Clouds with a mix of 90's songs like El Bosco - Nirvana (Lenticular Clouds Remix).

When I talked with you a bit after the show, you described your attitude to fashion as 'New Punk'. What does it means the word 'New Punk' for you?

I don't want to be Punk, because the look of punk is more aggressive and don´t want to be aggressive, I want to be nice, I want to talk about politics or social situations but in a nice way. And I know to use British Museum like it is my own place is not the right way to do it, but I think fashion right now is a lot of boring and commercial stuff, even the teenagers are really blind and asleep. That's why I'm trying to be "New Punk". Historically fashion is born from the revolution and not from the high status circles. To me if it is not shocking it is not fashion like Elsa Schiapparelli tried to do in the 40's.

Your fashion was also smashing as well as the collection, wearing your digital prints with black and blonde long hair extensions and then Hello Kitty badge on your left arm. Where did the chaos mixture of styles come from?

You have to know Spain. Something we know to do is smash up everything. But seriously, I can't take me too serious, that is why I want to mix everything I think it is funny. But even in London I can see that mixing on the street and I love it. Have you seen my models? They could be friends and they came from a different places around the world, I believe in mix and break frontiers. Oh! and my Hello Kitty was my spanish phone.

Are you interested in doing a proper fashion show in London Fashion Week if you have got enough budget?

NO, I'm interested in doing a proper fashion guerilla show knowing I'm not going to jail or I have to pay a fine after the show, that's it.

What do you think about the current fashion scene in London, in terms of both high fashion and street fashion?

I don't want to give my opinion about high fashion, cause I'm not buying that stuff and about street fashion I'm really excited by London, cause everything you like on Tumblr you will watch it on the street and this is awesome! 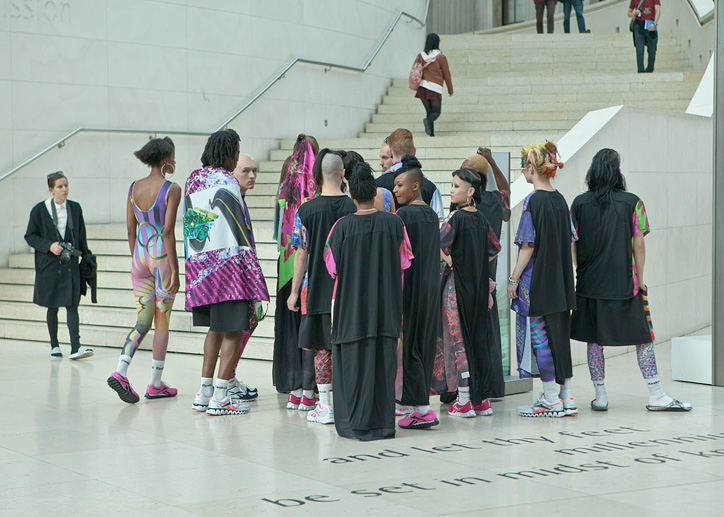 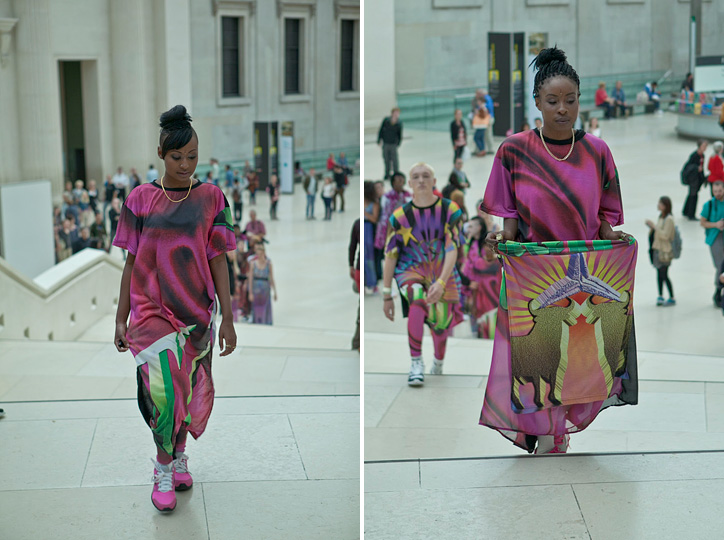 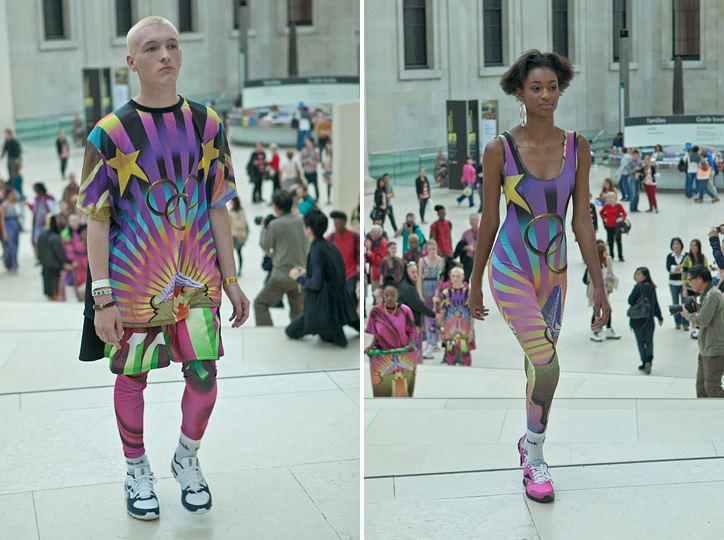 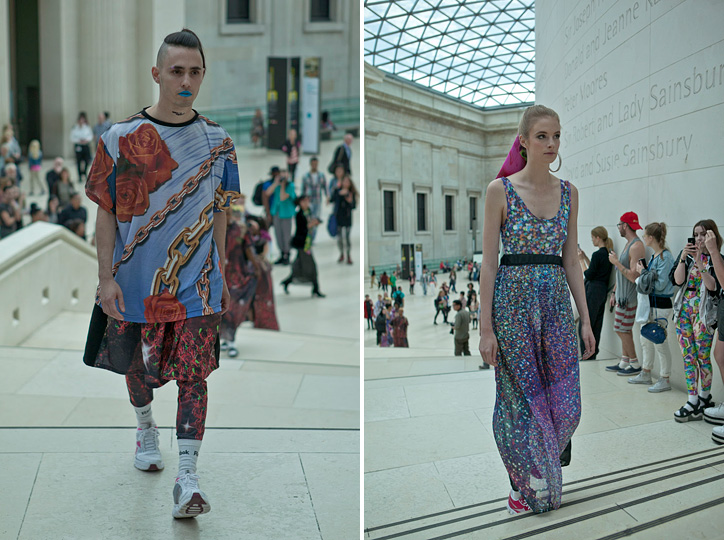 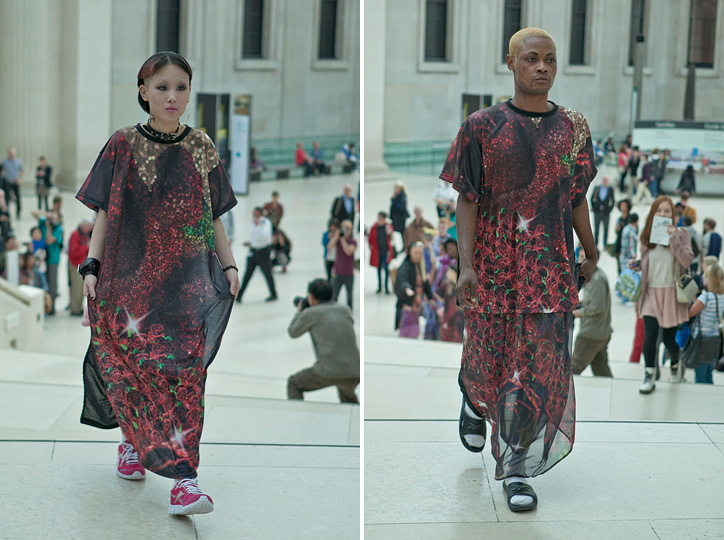 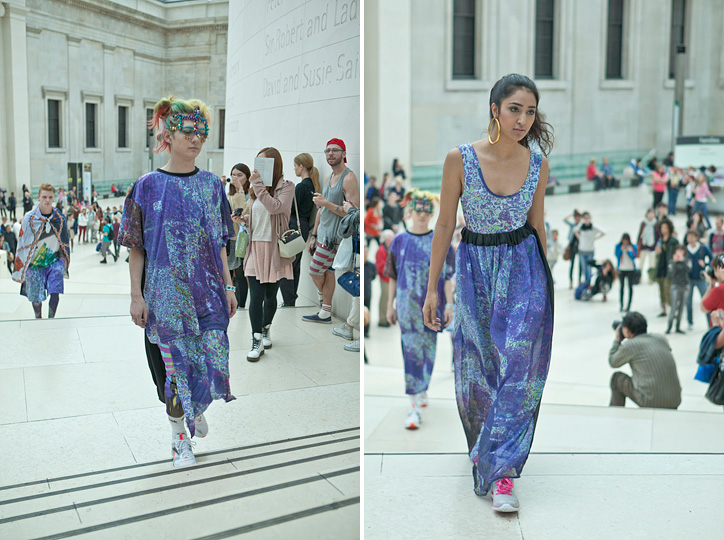 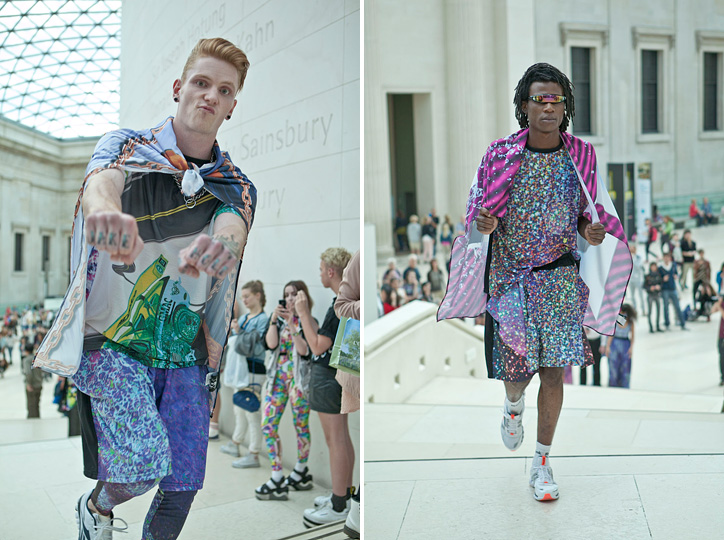 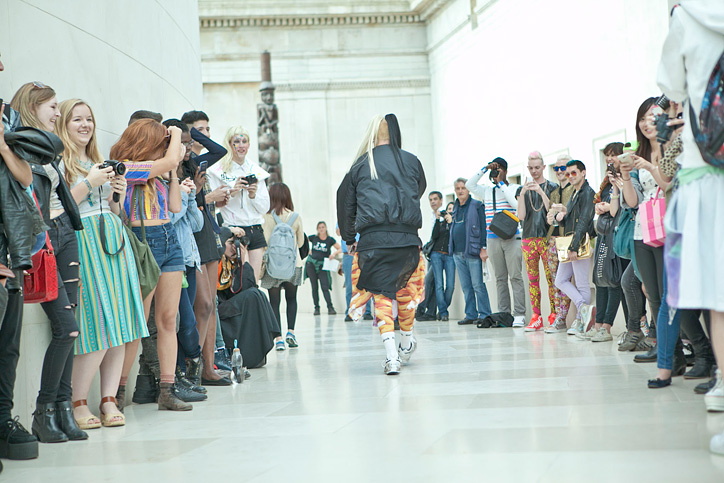 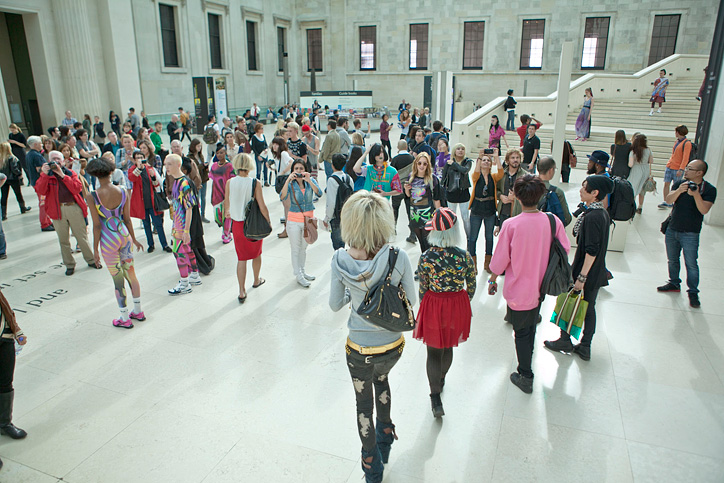