Cross your legs and hope for the best 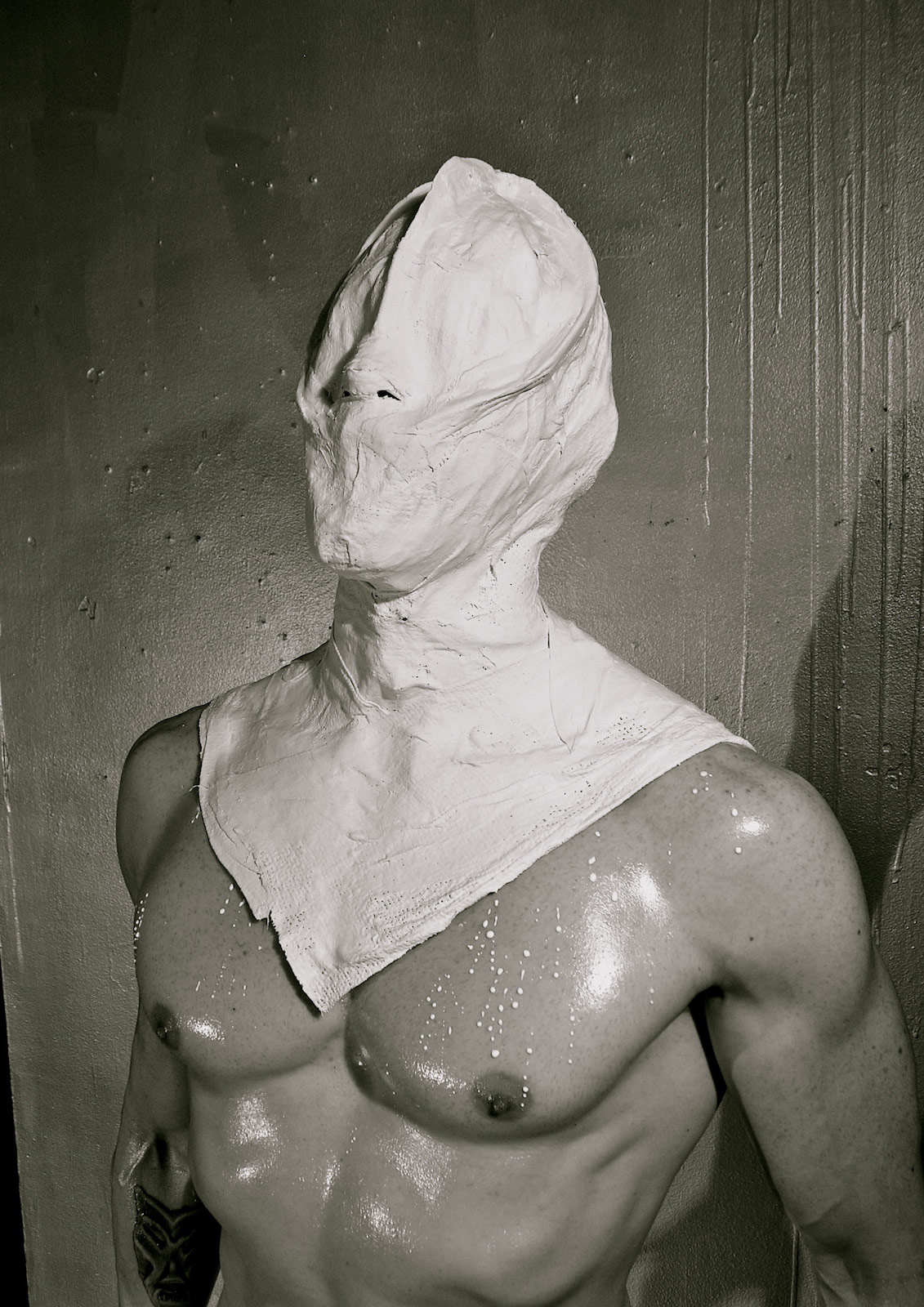 After beginning his artistic career as a fashion stylist and costume designer, Rick Castro traded feathers for leathers in his photographic pursuit of all things fetish. His new exhibition at the Tom of Finland store (June 26 – September 30) features a collection of exclusive photographs from 1993 to 2019. Castro tells us about his “battle to the death” with Facebook concerning their personal targeting of him and the LGBTQ+ community in order to ‘protect community standards’. We also discuss his experience of delving into the taboo subculture of BDSM and the common misconception of the term ‘fetish’.
You’re exhibiting your photographic collection Rick Castro: Glory Hole at the Tom of Finland store, a gallery that prides itself on a rejection of censorship and artistic freedom. Have you encountered galleries that have attempted to censor your work?
In the past, there’s been galleries and institutions where I wasn’t even considered, therefore I ran my own gallery for eleven years – Antebellum Hollywood (2005 - 2017). Besides presenting fetish as art, my mission was to exhibit known and unknown artists without any censorship whatsoever. I remember a local curator, Bettina Hubby, she came to a group opening. It had been many years, she didn’t recognize me, and said, ‘Oh yeah, Rick Castro, he’s tough to place… too close to porn.” By the way, I’ve never done porn in my life.
Would you say that this exhibition is representative of your crusade against online censorship?
Currently, I’m in a battle to the death with Facebook. There’s an ongoing debate regarding restrictions and purging on social media. Under the guise of homeland security and ‘community standards’, not surprisingly the GLBTQ+ community has been targeted disproportionally. Somehow, we’re lumped into algorithms that remove hate speech and hate groups. I’ve never understood how nudity and sexuality are as harmful as racism?
I’d personally been targeted when the Advocate ran images from my exhibition Rick Castro: Fetish King (at Tom House last April). I posted a link to the story on my Facebook page. Immediately, they took it down with a tag that read ‘against community standards’, even though the Advocate is a fifty-year-old national magazine, and the image was no more provocative than Madonna, except it was with two men. Subsequently, I was banned for thirty days. The advocate then suggested I write a statement about censorship, which ran in the next posting.
Someone on my behalf posted this statement on my page – I couldn’t since I was banned –, and Facebook immediately removed this link and banned me for an additional thirty days, even though I didn’t, nor couldn’t post. Numerous comrades also tried to post on their personal pages. All were removed. My gallerist, Lisa Derrick, tried to post and was banned for three days. She contacted the LA Weekly – the largest independent newspaper in Los Angeles –, who in turn contacted Facebook asking to explain. Facebook apologized to the LA Weekly (not to me) and said they were mistaken, my postings did not go against community standards. To put into perspective, since the elections of Trumpworld, November 8th, 2016, which I call Black Friday, I’ve been censored and banned from Facebook twenty-three times! 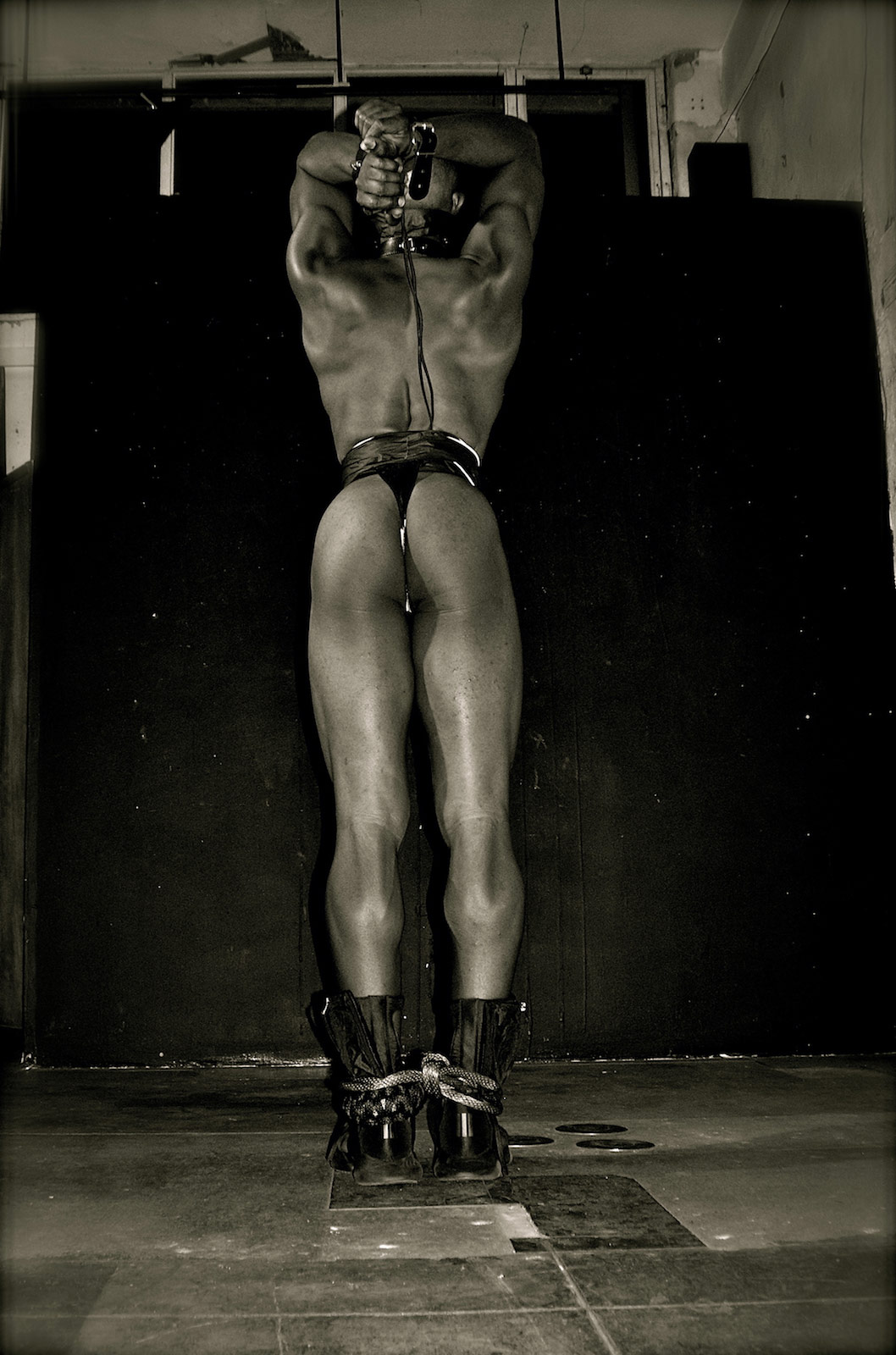 BONDAGE REAR- 2016
In 1988, you sacked fashion styling and costume design for freelance photography. What led to this decision to get behind the camera?
I worked as a wardrobe stylist for fifteen years. During this time, I helped create some of the most iconic images with artists who became the mainstays of culture in the ‘80s and ‘90s. George Hurell, Herb Ritts, Joel-Peter Witkin, Annie Leibovitz, etc. I decided I wanted to create my ideas from start to finish. I still worked as a stylist until 1995, until I began work on my first feature film as a co-director/writer on Hustler White with Bruce Labruce. I did style the wardrobe for the film. After that, I left wardrobe completely. However, I still style my own shoots.
One could say that it was infamous Robert Mapplethorpe who first photographed the taboo world of fetish and thrust it upon the mainstream. Like Mapplethorpe, you capture the male body in a way that displays both its dominance and its delicacy. Do you feel that the public perception of BDSM and fetishism has altered since Mapplethorpe’s first infamous debut of his X Portfolio?
Numerous artists photographed fetish and BDSM on a regular basis. I’ve been at it since 1986; San Francisco photographer Charles Gatewood started in the 1960s until his death in 2016. Fakir Musafar, (1930- 2018) took his first kinky self-portrait in his parents’ bedroom in 1953 and invented the series Modern Primitive. Pierre Molinier, (1900- 1976) is the best example of a lifelong fetish photographer.
So Mapplethorpe wasn’t that of a pioneer.
Back in the ‘70s, George Dureau (1930-2014) created beautifully dark tableaus of S&M using leather men, amputees and little people. I met George at his atelier in the French Quarter of New Orleans during 2000. George told me Mapplethorpe was a regular visitor and collector. I’m going to create controversy here, but George said, ‘every time Robert would announce his visits, I would hide my newest work because he would copy it!’ Fetish is a part of human and artistic history from the Marquis De Sade (1740-1814) to Irving Klaw’s (1910- 1966) collaboration with Bettie Page (1923- 2008) up to contemporary times with that mundane Fifty Shades of Grey franchise. 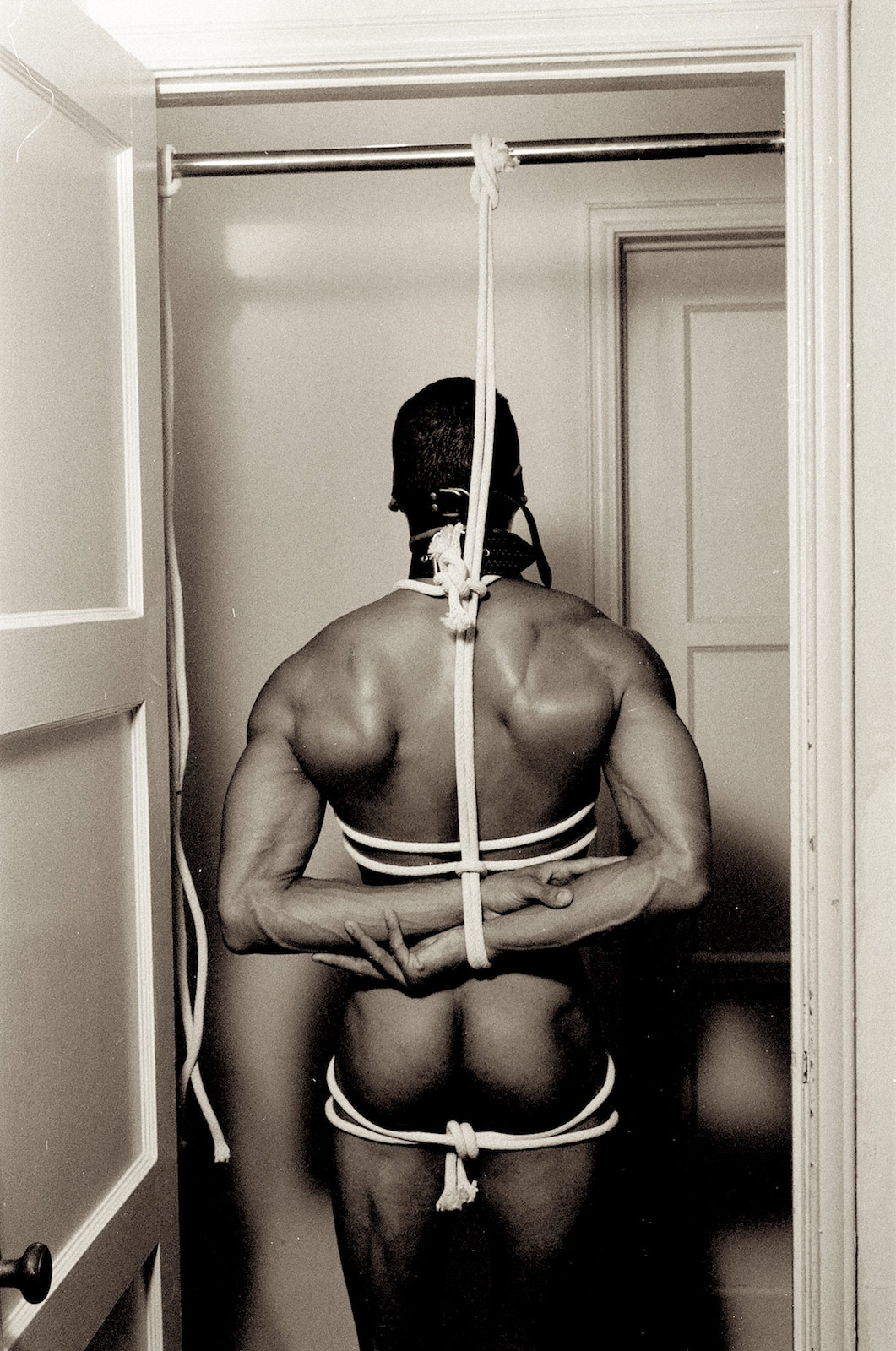 DOORSTOP 2 1998
You’ve said before that stumbling upon A Clockwork Orange when you were twelve caused you to discover glamourized violence for the first time, a scary dystopia that seemed to ring true. What have been other artistic influences on your work?
I like the dead guys – Pierre Molinier, Brassai, JK Huysmans, Tennessee Williams, JG Ballard, Pier Paolo Pasolini, Gilles De Rais.
Would you say that the world you see today is that same scary dystopia that moved you in your boyhood?
The writings of Anthony Burgess and George Orwell come off as quaint compared to the harsh reality of the 21st century. We are living in a post-modern totalitarian society pretending to be democratic, once again on the verge of numerous civil and international wars – cyber and realtime. Cross your legs and hope for the best.
As someone who’s been working in the visual arts since the ‘80s, would you say that you’re positive about the direction in which the art world is going now?
I won’t speak for the art world, just myself: I believe in art. I always have. Art has been my personal salvation. Art has the power to heal, and it does for me. 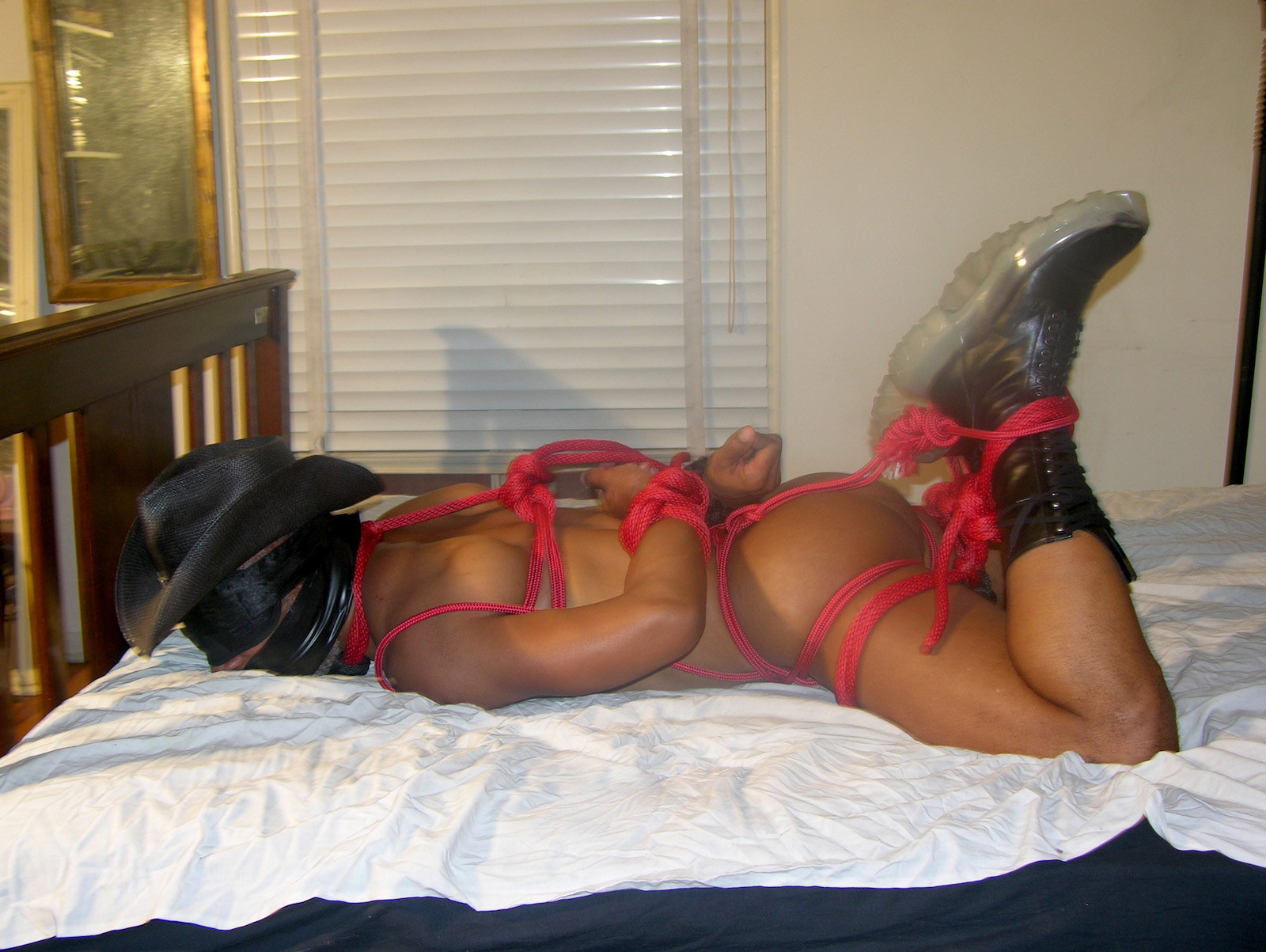 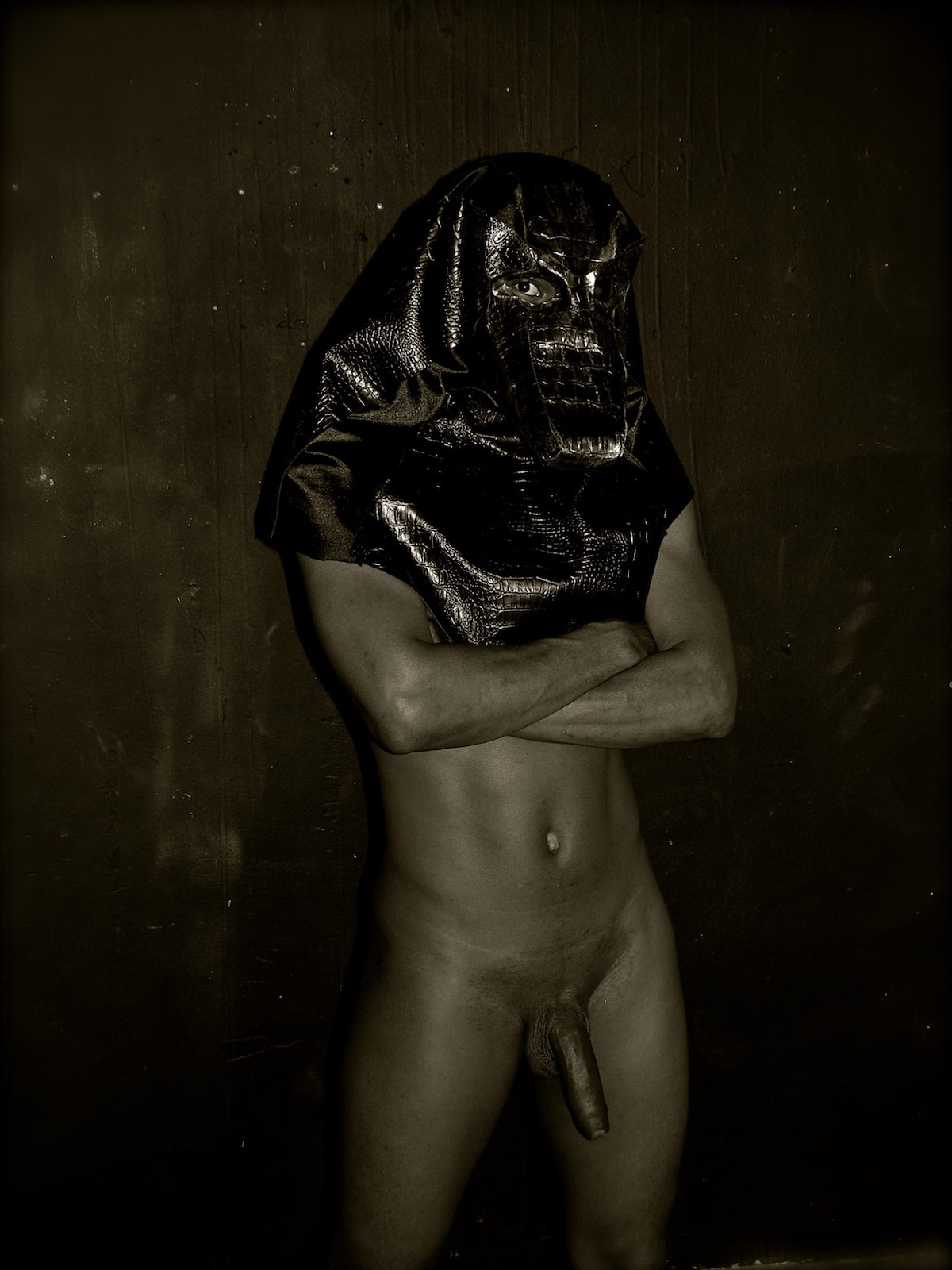 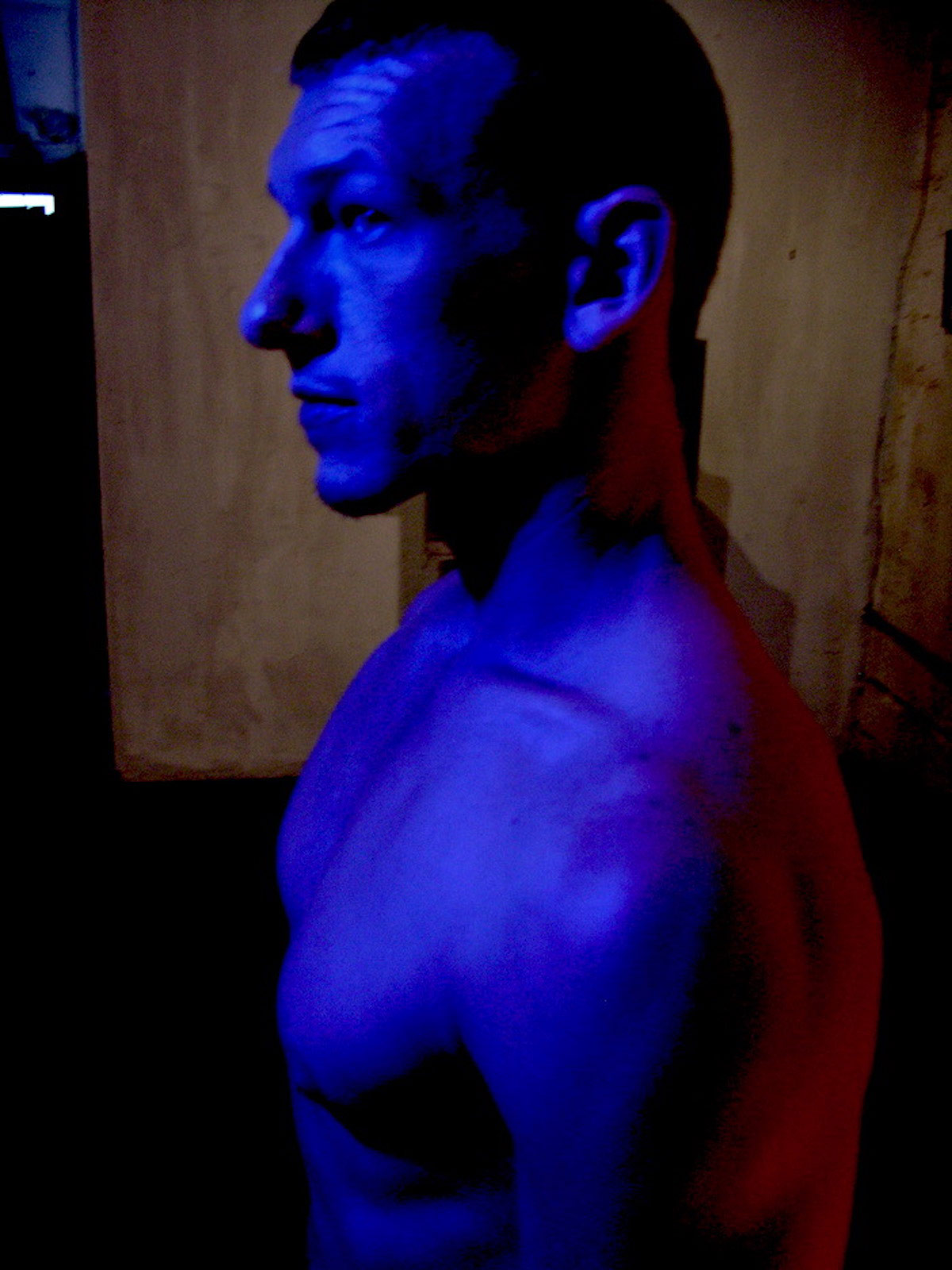 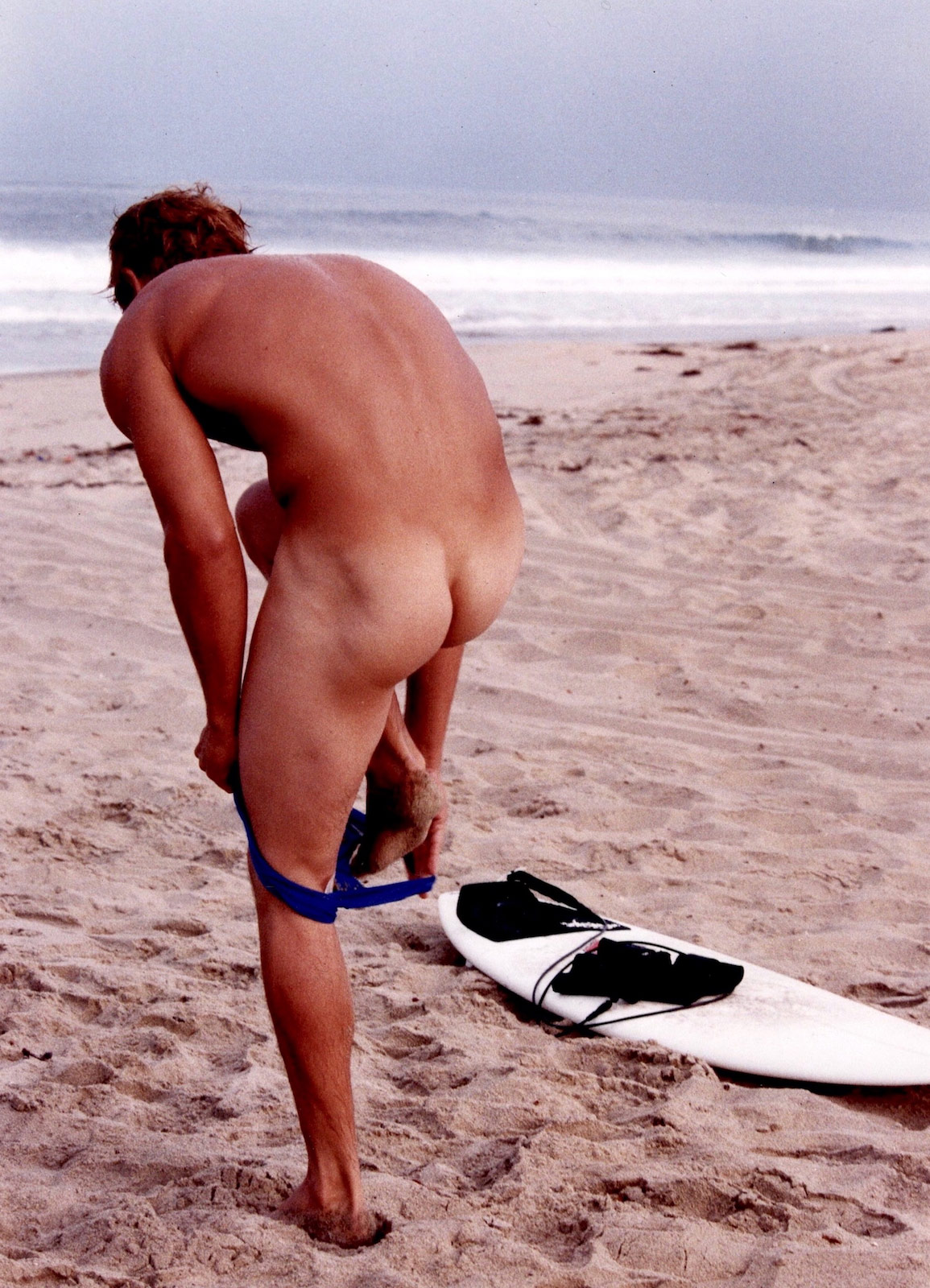 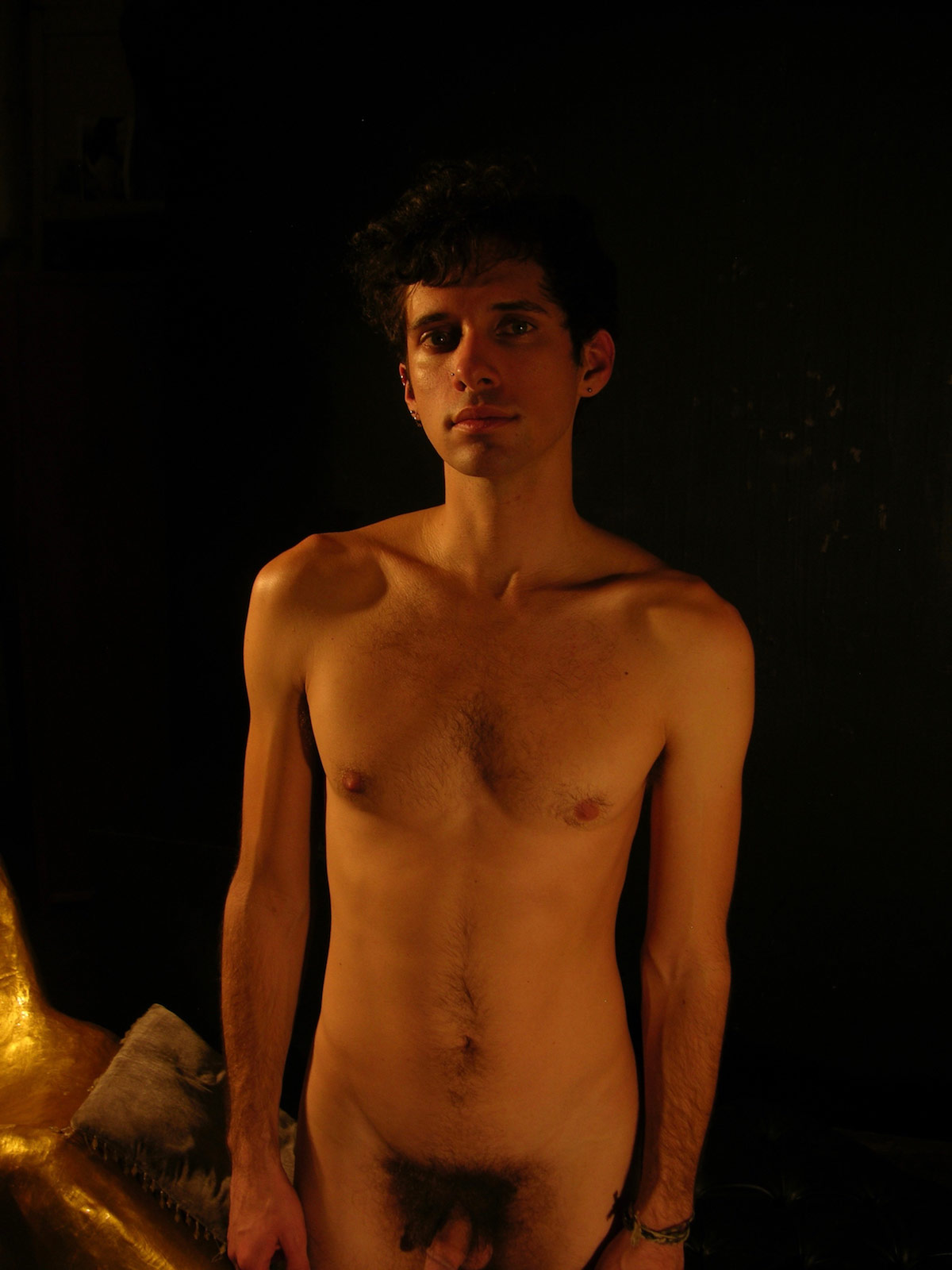 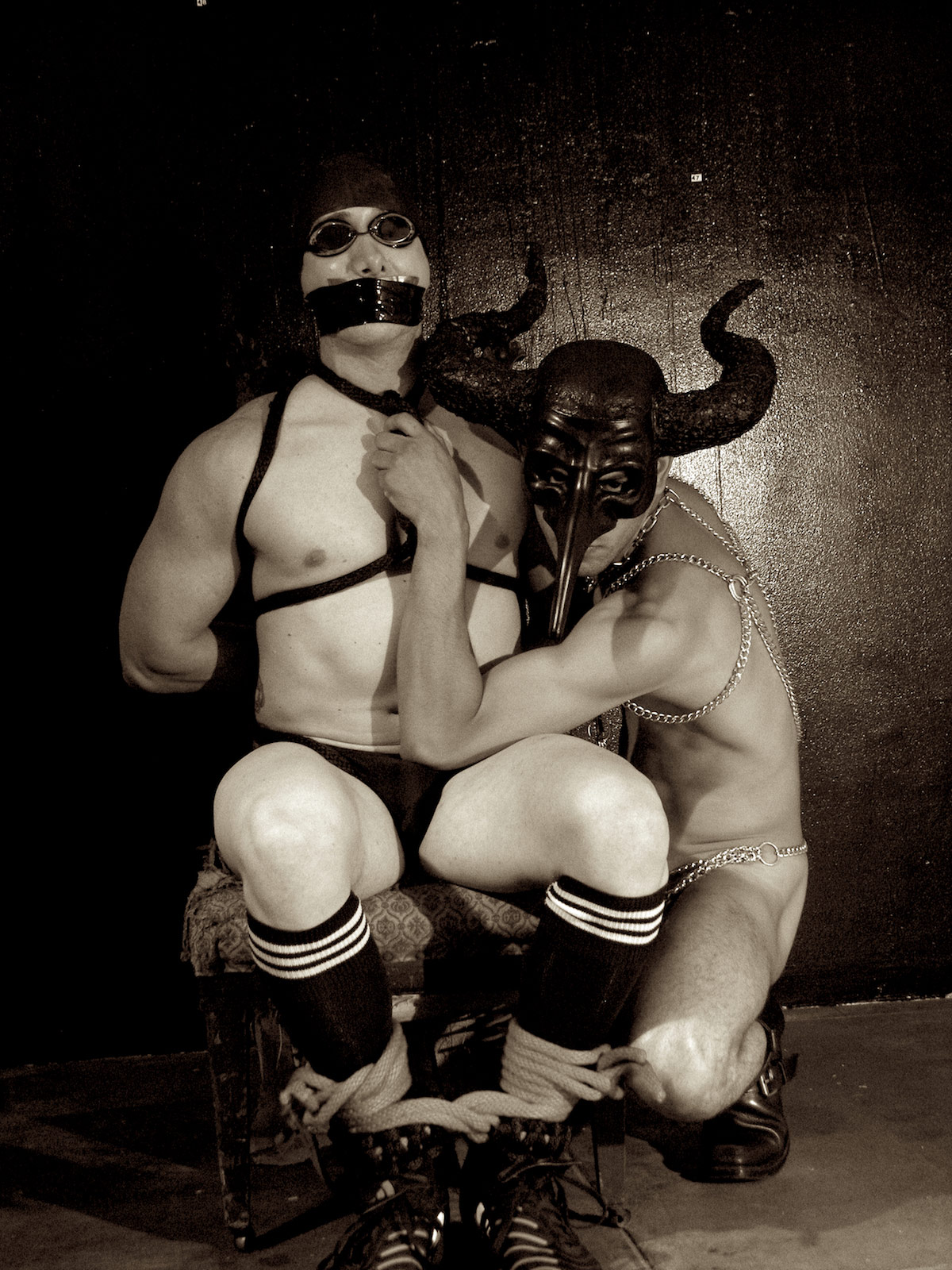 MEPHISTOPHELES AND HIS SLAVE- 2013 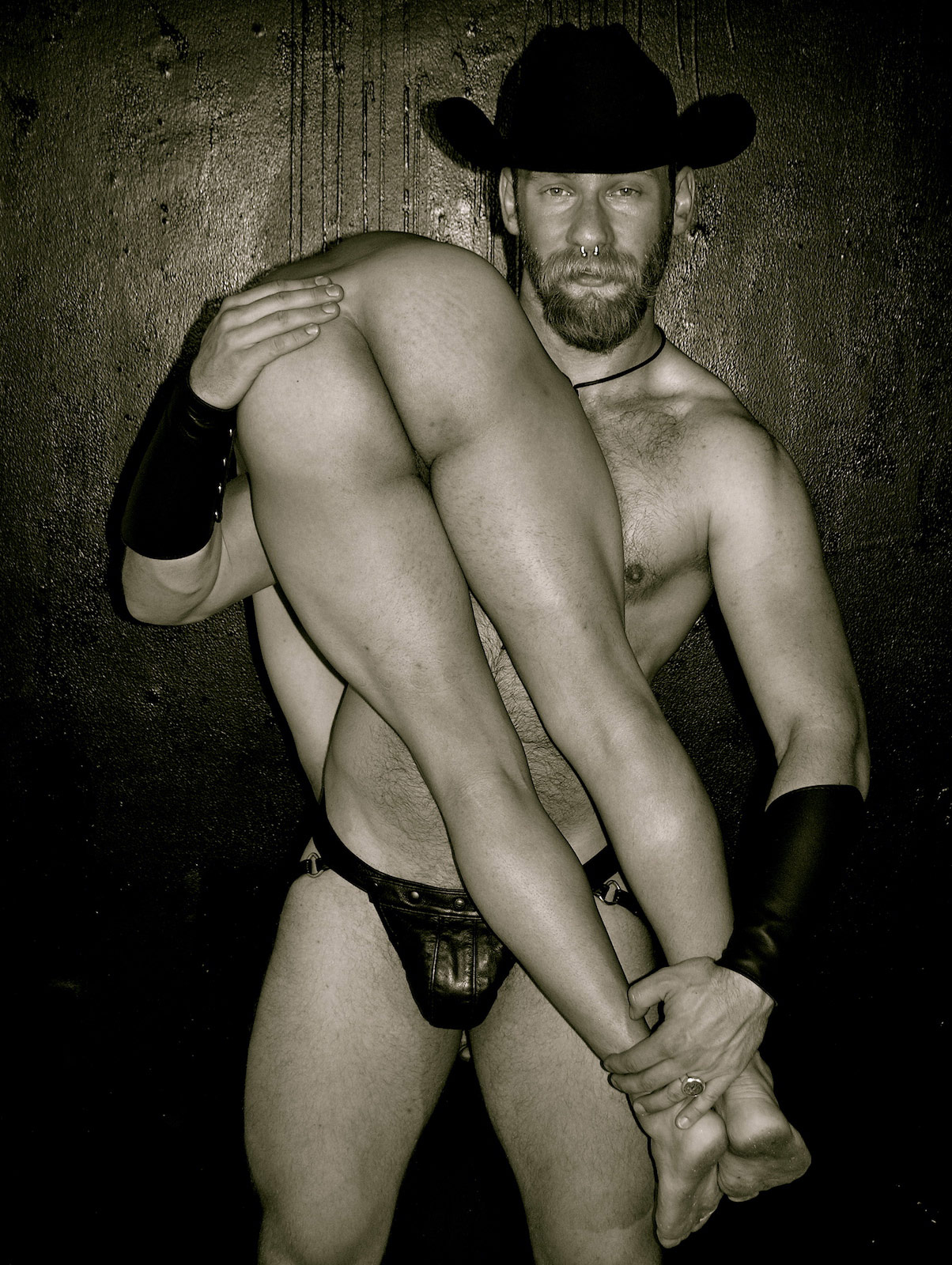 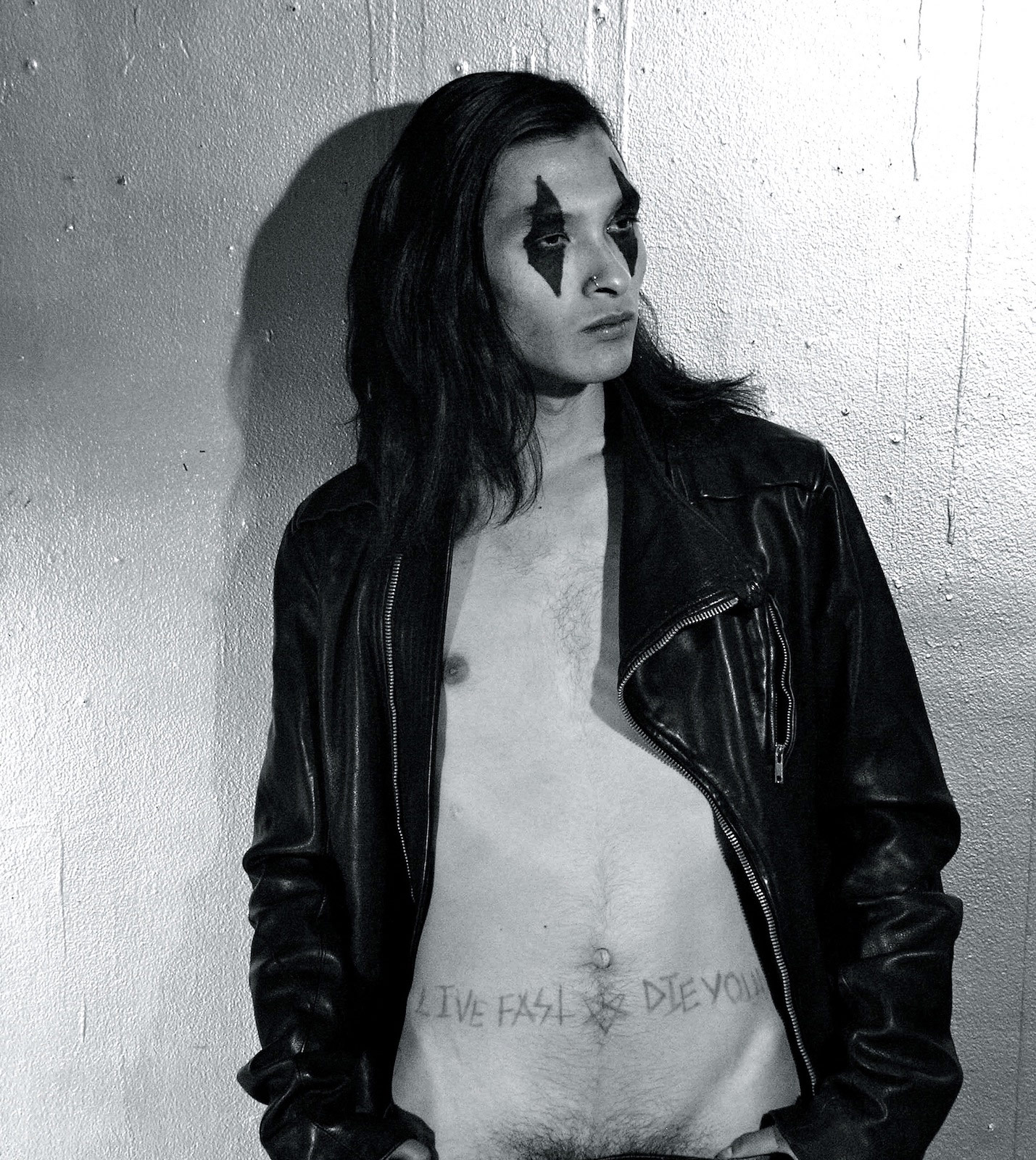 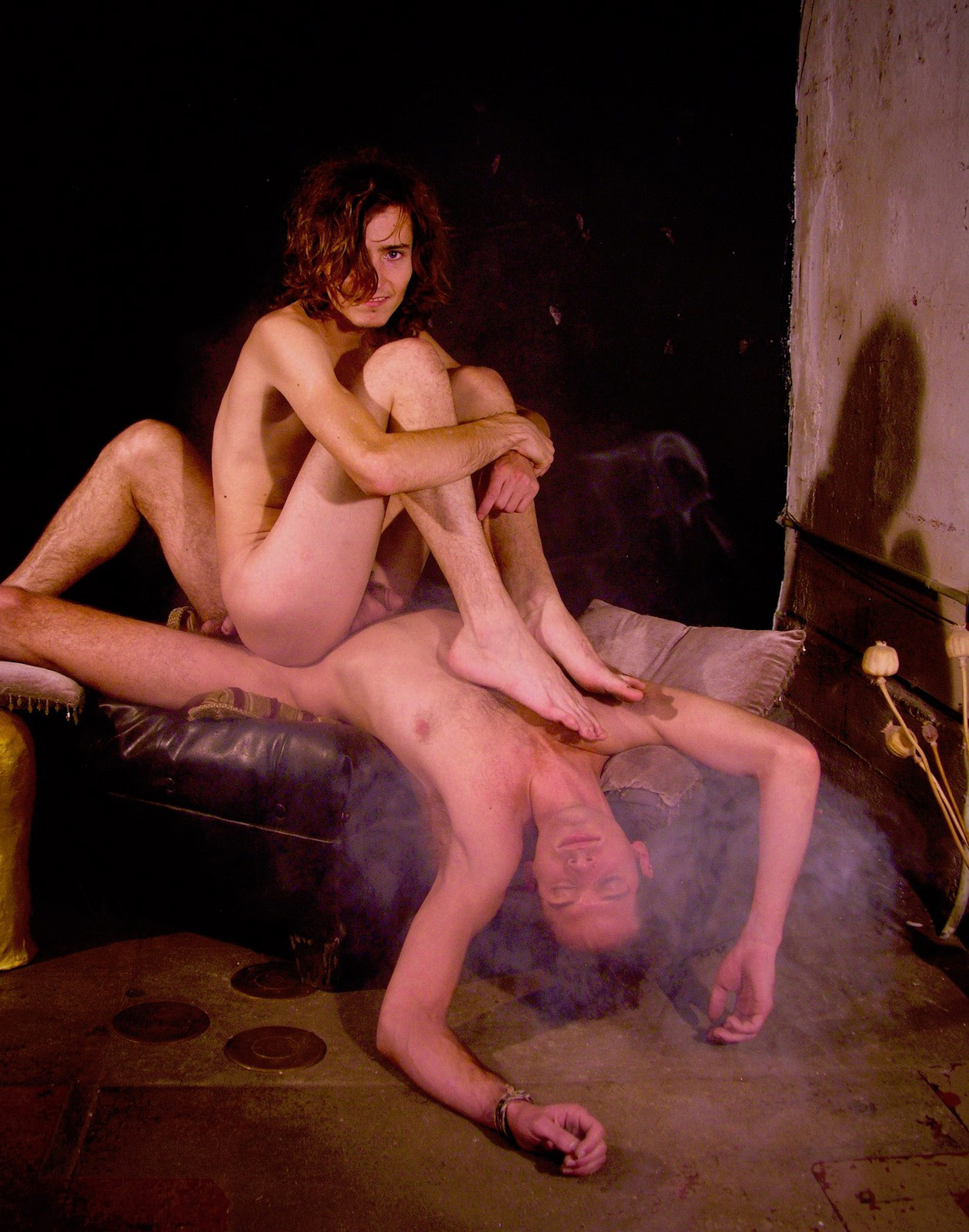 THE NIGHTMARE: AFTER HENRI FUSELI- 2017 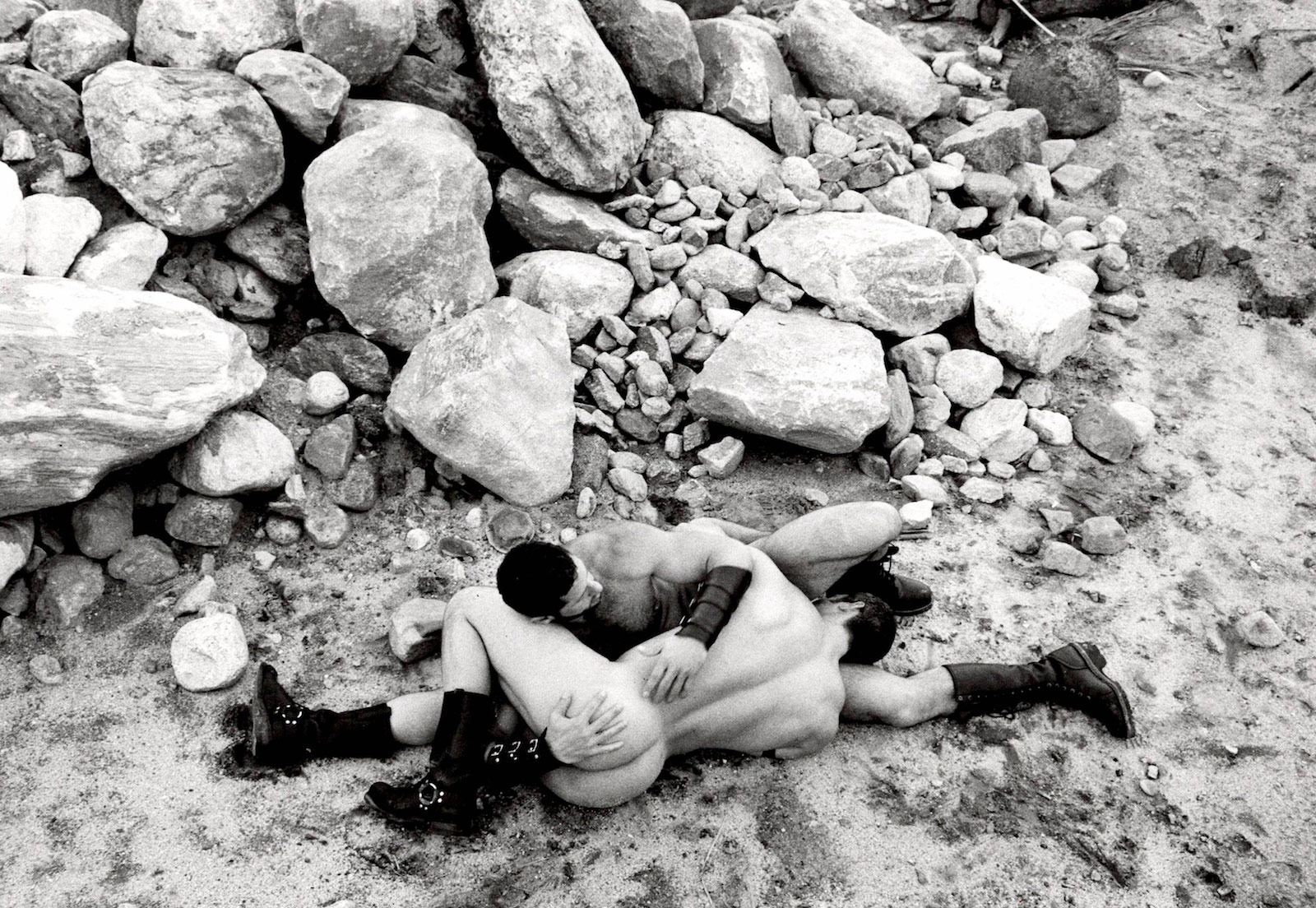