Not being defined by the past 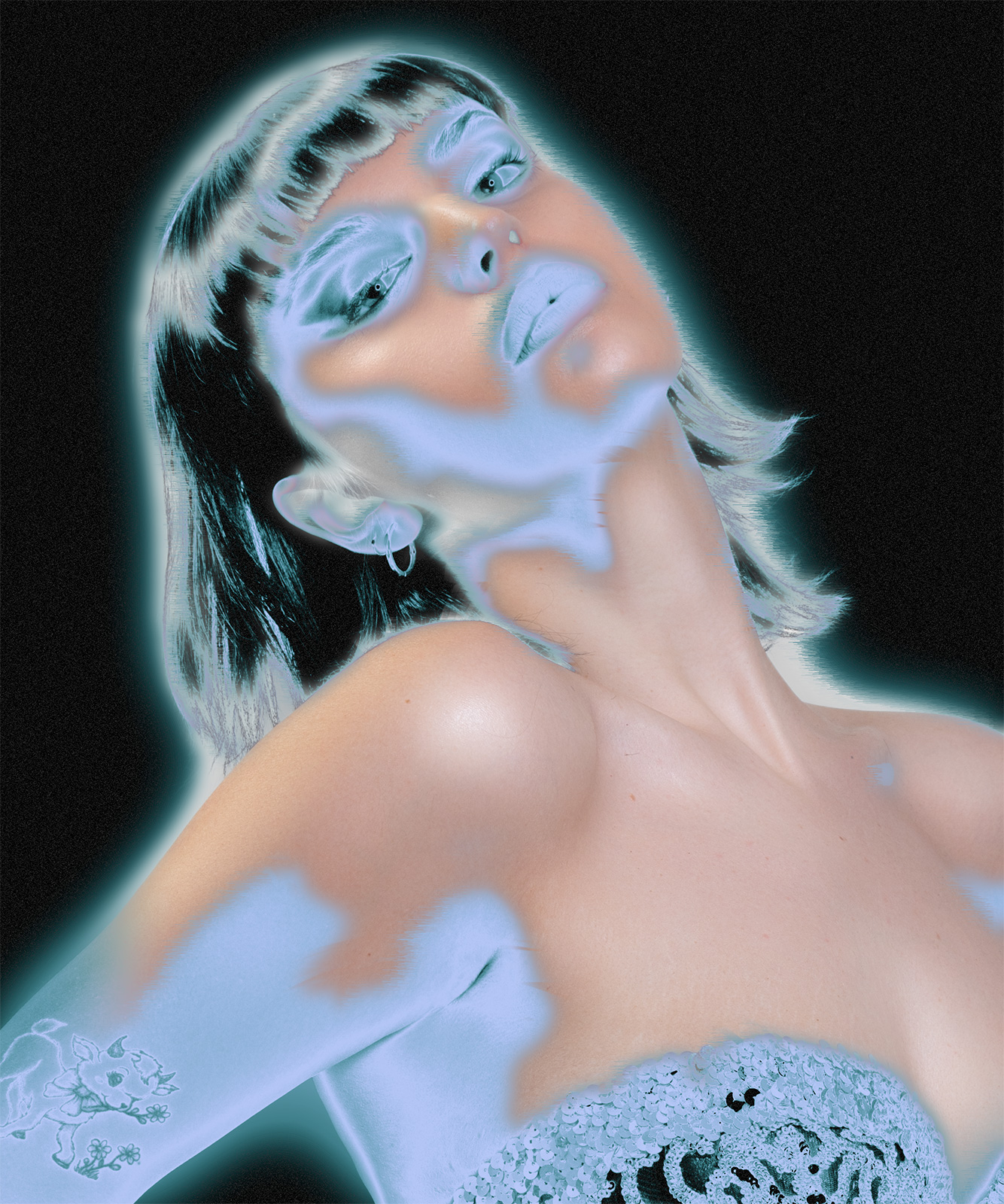 Pop star Rebecca Black achieved virality with the infamous song Friday, back in 2011. After years of online hate and not being taken seriously as an artist, she has now cemented herself as a staple of the hyperpop genre, though she is not sure she would consider herself as such. Black just released her third EP Rebecca Black Was Here, which she describes as a “moment of unlock” for her personal and creative growth as an artist. Standouts like Girlfriend and Personal showcase that she’s no longer the 13-year-old girl that bore the brunt of everyone’s criticism. We spoke with Black about the new EP, coming out as queer, and the struggles of existing as a public figure on the Internet.

I don’t think you need any introduction, but how would you briefly introduce yourself to our readers?
I’m Rebecca Black, I’m a songwriter and music artist from Orange County. You might know me from a decade’s past version of the Internet, but I assure you much has changed since.
Rebecca Black Was Here has really marked a before and after in your music career. How was the process of reinventing yourself? Please explain what was going through your mind during this artistic rebirth journey.
It’s always so interesting for me to hear how people perceive that project in the greater timeline of my career. I definitely see how it’s felt like a reinvention of sorts to an outsider’s perspective, but to me, it really has felt like finally just beginning to unravel myself and discover who I am in music and my life in general, not only in retrospect, but as I was writing and immersed in creating the project itself. Songs like Personal and Girlfriend were such a moment of unlock for me, creatively speaking, into what’s become who I am as an artist today because of the people I have been able to create with and this moment in my life in general as a 24 year old.
It seems like you’ve found your sound in the hyperpop genre. What is it that woke up your curiosity about creating such an experimental kind of music?
It was always there, I just never really knew how to go about making it and communicating that. I’m not sure though if I’d consider myself totally a hyperpop artist – it's become a pretty wide umbrella of a genre. I just try to follow what inspires me and those I create with, wherever that leads!
I’m sure that the most common topic you’ve had to talk about during your lifetime is the viral Friday song. But what I wanted to bring up is the strong move you did last year by releasing a remix to celebrate its 10th anniversary (together with Dorian Electra, Big Freedia and 3OH!3). What was your intention when reinterpreting such a controversial music video?
I just really wanted to reclaim it as my own, and seeing where culturally that song has come to, I felt like there was so much potential to take it as far as I possibly could. To be honest, looking back, I think that song is kind of a fucking moment, whether you see the camp or not – so why not just go for it.

Not only your talent has positioned you as an artist to watch out for, but your style, charisma, and funky personality have also played a huge part in creating a strong fanbase. Definitely, being a YouTuber helped them connect with you, but it’s impressive since YouTube is precisely what brought so much hate and sadness to your life. At what moment did you decide to speak your own narrative?
I’m not sure. As a kid I was always taught to follow my instincts by people like my parents. But Friday actually did the opposite effect on my mental health – it made me question everything about myself and what to do. But having the ability to speak what I felt was always there in a way, whether I really knew it or not. With YouTube, I was always a kid who found comfort within the Internet, because I think that was such a massive part of my generation’s childhood as a whole – so I always felt drawn to that in some way or another.
Becoming an Internet celebrity is not an easy thing to deal with, but it’s a much bigger challenge if this happens when you’re only 13 years old. Now, what’s your relationship with social media like? What is your view on how quickly TikTok has changed the music game, or how quickly Instagram stories can kill a song?
I definitely have the pretty typical struggles with social media any of us might have – comparison, burnout, and all that. But I think there’s gotta be a sweet spot somewhere where you can find balance as someone whose social media is a part of the job, and I try to bring myself back to that as much as I can. The whole TikTok thing is a whole other beast though. Artists everywhere are talking about how they feel – and I can definitely resonate with the struggle to find creativity in creating music fit for a social media formula. None of that breathes inspiration or genuine creativity – and in my opinion, now more than ever is the time to focus on creating music that resonates with you as the artist, first and foremost.
Also, I cannot forget to mention your Girlfriend single, which was out after you came out as queer in a podcast. Was it a relief for you to come out in the music industry or did you feel like you were pressured into it?
It was a huge relief for me. I really have the best team surrounding me that’s only helped me find my own voice to lead within my own lane of this queer space specifically. I know it's not always like that for others – and I feel very lucky to have had so much support on all sides.

Your tour is soon coming to an end, and you closed the European leg with your only show in Spain, in Madrid on May 20. Valle Eléctrico is a very special event, together with Lvl1 and Sonikku. Can you tell us what you prepared for this final date?
It was so incredible to be in Madrid, to be in a country and play a show with songs in a completely different language and have people in the audience scream it back so loudly. And it was so fun and special to get to finally speak a bit of Spanish with a crowd and bond over each of our Hispanic roots. It's always so fun to see Lvl1 and Sonikku too, expect something from Lvl1, Dagr and I soon…
4 months ago, you released the music video for Read My Mind featuring Slayyyter, a song that has a nostalgic vibe to it as it also lets us dig into the visual universe you’ve created around your music. It’s proof you can embody any kind of character you’re trying to portray. What was your idea behind this track?
It’s a really fantasy-driven track and song, and I think the video takes it one hundred steps further, which is what makes it feel so fun. I am always someone to just go for it, and getting to work with Slayyyter made that even more of a priority for me, knowing the potential of how much we could really surprise people if we wanted!

You’ve talked about a new album coming out soon. What can we expect from that? Will it maybe follow the line of songs as Read My Mind or will it be a new sound?
I think the foundation’s been laid a bit with what’s to come, but I think this next project is really the most well rounded, fully developed thing I’ve ever created.
Out of all of the artists you’ve still not worked with, who would be on your list of top three dream collaborations?
Hmm, my list is legitimately never ending, but maybe at the moment, Björk, Justin Bieber, and Skrillex.
And now, once your tour is over, do you have any projects planned out? What’s your goal for the future?
Now that tour’s over I’m gearing up to play my first set of festivals and Prides in the United States, and then it's album mode, baby! 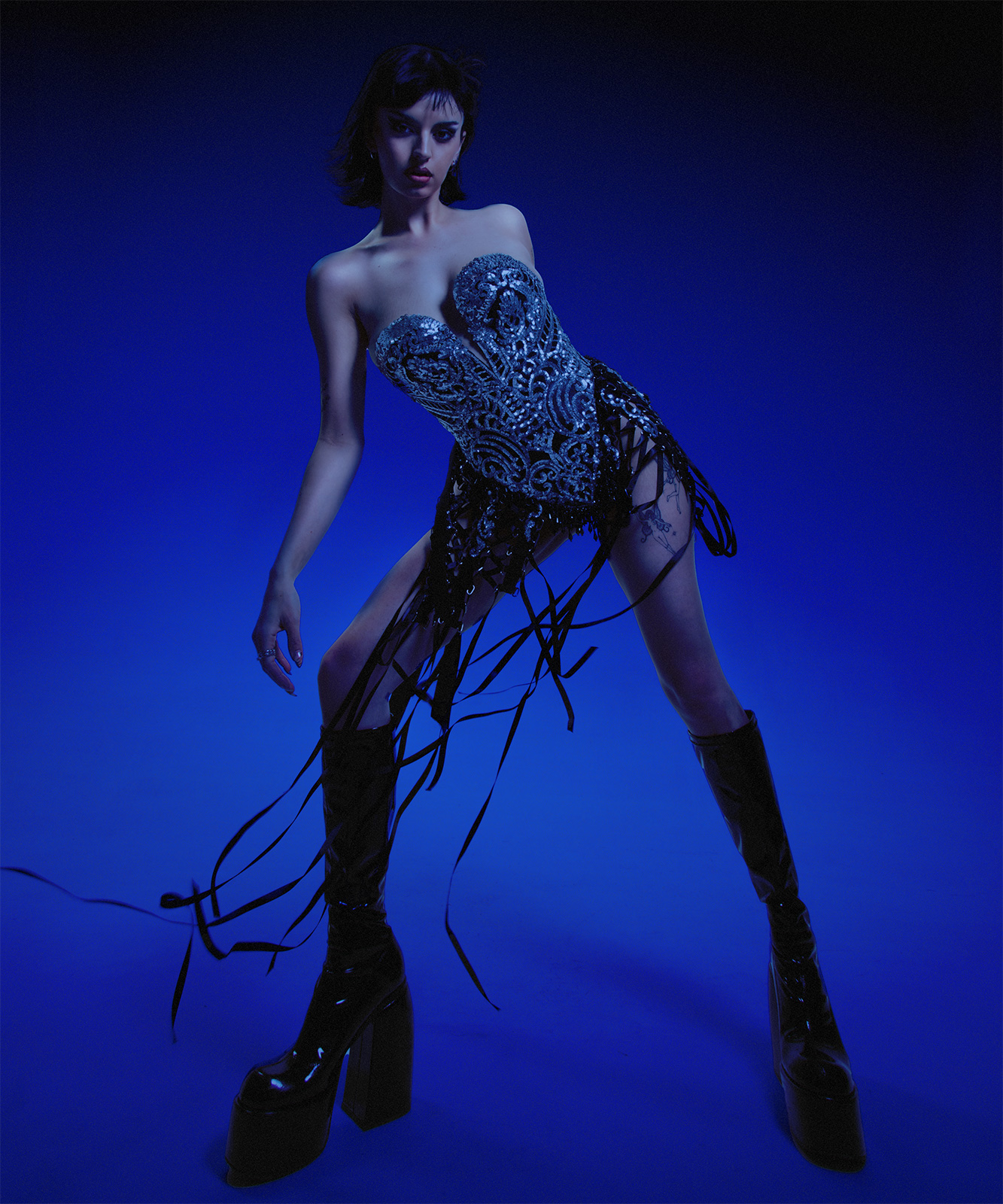