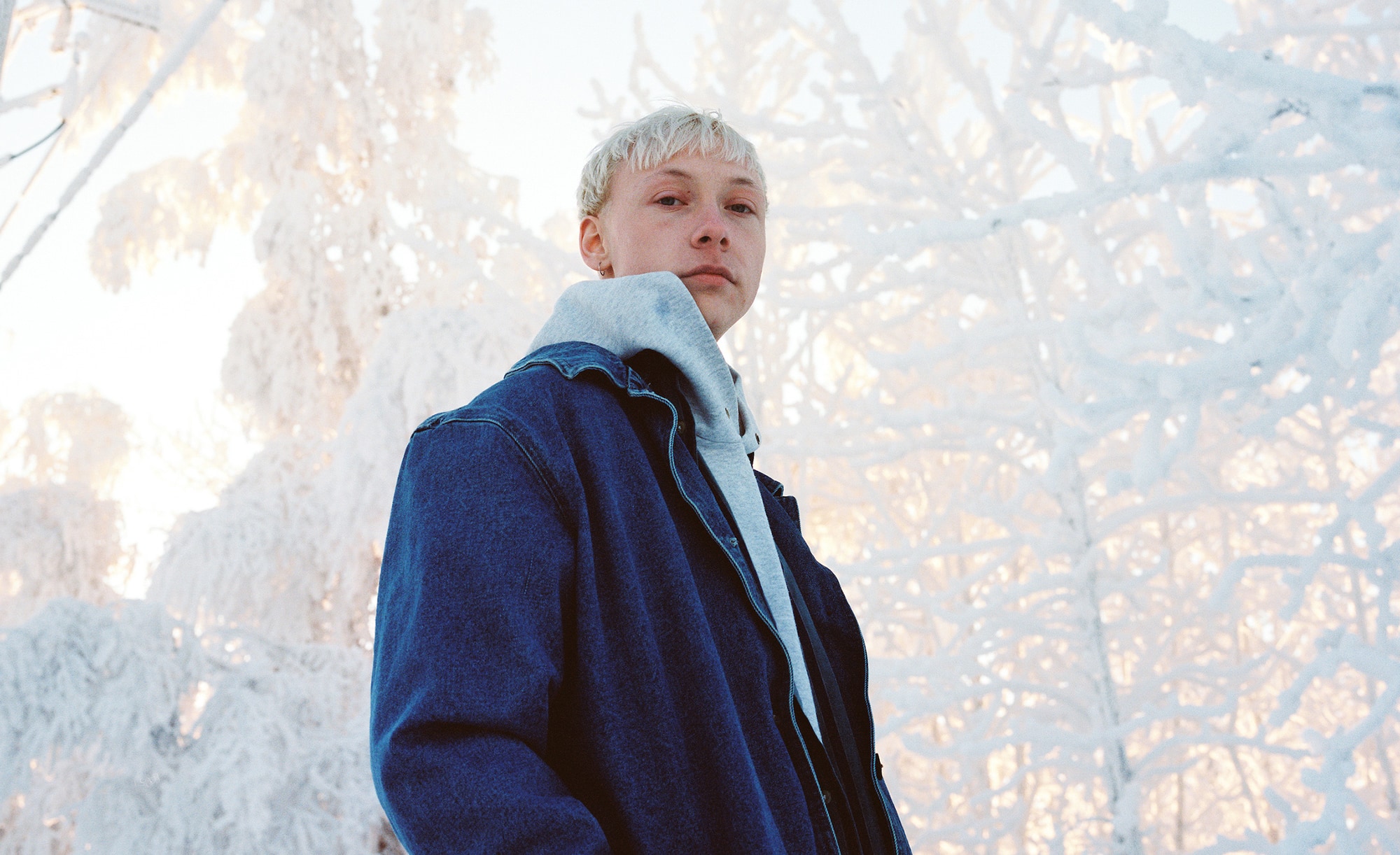 Quinn Christopherson's debut album has been out for almost 2 months now. And still, in every listen, one keeps finding new layers of meaning in his songs. “I don't know what I was looking for when I knew, but I knew when I found you,” he sings repeatedly in the chorus of the opening track, Thanks, dedicated to his partner, Emma. From that beautiful declaration of love to the last song on the album, Erase Me, a song that captures a specific sentiment about identity and established gender roles in such a poetic way, we are in for a hard, beautiful, sad, upbeat, joyful, funny and emotional journey. Write Your Name In Pink is the first album from an artist born with unquestionable songwriting ability.

His exacting details and corresponding references to his generational experience give the songs depth and believability that are relatable, though your own circumstances will no doubt be different. Quinn Christopherson is a singer-songwriter from Anchorage, Alaska, the youngest of four children born there to Native parents: his mother is Ahtna Athabascan, from the interior of the state; his father is Iñupiat, from the Arctic Northwest. Christopherson is also a trans man who first endured a life of strangers trying to reduce him to this or that gender. Like anyone else in the world, Christopherson is more than the sum of a few demographics.

Christopherson came to storytelling long before he came to music, per se. As a child, he began capturing his own stories in poems, a practice he pursued with satisfaction until his father, Glenn, gave him a guitar when he was 20. Local bars and open mics offered him entry into a scene and, better still, a long association with fellow songwriter and multi-instrumentalist Nicholas Carpenter, who remains his closest collaborator and bandmate. The acoustic recordings fit seamlessly between the atmospheric backgrounds, spot on percussion and the exquisite vocals.

It is difficult to determine which songs stand out on the album; as you listen you realise that this is a concept album, one that cannot be understood without dwelling on his impeccable ability to tell his own story. His style of storytelling provides an impressive reconstruction of a life and its most structural elements: friends, family, feelings, neighbourhood, context, awareness of the passing years.... Some of his lyrics are at once reflective and relentless, poetic and foreboding, a path between the imaginary and the spoken word: “I watch your hair blend in with the sky, Evelene. You don’t need a man to have a good night” from Evelene; “Kids were mean, middle school was cruel, but I had good friends and I read good books” from 2005; “I got a new name (name, name), the same face, I'm just losing old friends (…) I don’t know who I am” from Bubblegum; or “I hope the kids we raise are ambitious don’t play it safe, have a lot to say live a long life and get paid” from Kids.

The musical production works with precision, as the instrumentation becomes the appropriate canvas to present his narrative. Perhaps, Bubblegum is the song that best represents his musical realm, and in which Christopherson invites us to discover the different stages of growing up from adolescent to adult. The verses unfold one of the deepest feelings we as human beings come to experience socially; that uncertainty will always be a companion on the journey. Only he makes it hopeful and relatable by providing the adventurous yet comforting conclusion that we will surely stumble upon beautiful and moving music like the one he makes. 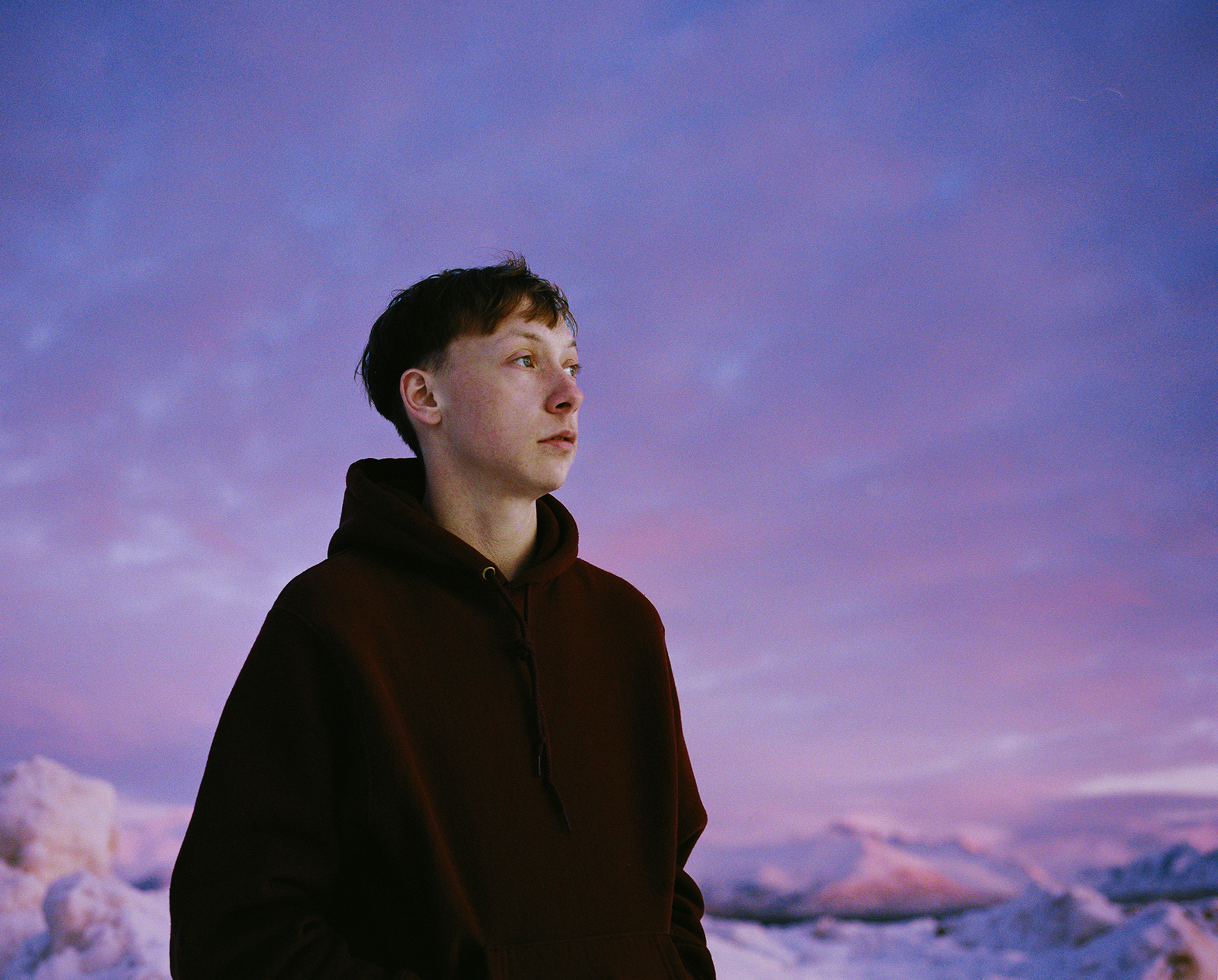 I have been listening to Write Your Name In Pink on repeat for more than a week. The album is gorgeous, but I have especially noticed how it captures such vital moments of your life and narrates it with such an open heart. How does it feel now that it is out in the world for people to listen to it?
I’m a little nervous about it, of course, but telling my story has always been healing to me.
It’s very interesting to start an album with a song titled Thanks. It sets a specific kind of atmosphere for what it is to come when we follow the track list order. Was that intentional?
This record is a celebration of youth, an exercise in forgiveness, and an expression of gratitude to have made it this far. Thanks felt like the perfect way to start it.

I found your lyricism very interesting in terms of its contemporaneity; there are references to MSN, Craiglist, Puka shells or Ugg boots. Was it important for you for the whole record to have a narrative that goes along with your generation?
I think it was just important for me to paint a visual picture of what I was going through growing up.
I read your essay for Atwood magazine. It’s truly beautiful the way you speak about your family, but I wanted to ask you how influential for this record and your music in general lines the relationship with your grandma Mary?
It’s everything. My grandma Mary Alee’s storytelling is the basis of why and how I write.
What were your main influences in the musical scene in Alaska?
That it’s not just music. Our community up here in Anchorage is so tight knit that our arts scene is all encompassing. I’ve met all my collaborators through the art scene in Anchorage, filmmakers, photographers, musicians of different genres, amazing indigenous artists, queer artists, they all influence me in different ways.
As for your family history, you’ve talked about how you are Athabaskan through your mother and Iñupiat through your mother and father. How important is it for you to talk about Native culture, and how has your community has reacted to your work?
My community champions me!
You’ve recently toured with Sharon Van Etten, Julien Baker and Angel Olsen, and previous to that along Thao Gangs of Youth, Courtney Barnett, and Lucy Dacus. It seems like an amazing line up (including yourself!). How was the experience?
It was a dream! The Wild Hearts tour went roller skating one night and I got to show some of my moves.
How does it feel to sing these songs on stage? In some of them, like Erase Me, you go through your own experience of transitioning. Have you received feedback from fans regarding this and other experiences?
It means the world when people have related to any part of my songs.
Your songs have an important literary connotation. Your songwriting put into songs could also be poems, or even novels. Somehow it reminded me of Ocean Vuong’s in terms of writing style. You mention books and good friends as key elements in your upbringing. I wonder what books have influenced you through your life and which are the recent ones you’ve enjoyed the most.
I do love Ocean Vuong! Growing up I was a Harry Potter stan.
Musically, Eveline is an amazing song that becomes a gorgeous pop track, the production makes the song glow. The sax (or clarinet?) at the end of Simple creates this orchestra setting that almost provides with a moment of soothing reflection. The guitar game on Bubblegum and its backing vocals recalls to a Fleetwood Mac inspiration. You seem to have pay attention to detail to the production of the album. How did you approach the record as a whole musical piece?
Thank you! There was just one rule for myself and producer Bullion while recording and it was “Every piece added has to make the song better, if it didn’t then we took it out.”

I also find everyday nature in the way you speak about most of the main topics of the album. How cathartic was creating it as you were writing the songs and generating a theme?
It was so cathartic. I can’t wait to take this record on the road and perform it!
Celine is an outstanding song in the album, and it is a homage to your mother. How did you come up with the song? Can you tell us a bit of the story behind it?
I had rewatched Coyote Ugly and it got me thinking about my mom and how good she felt after she sang karaoke. It felt so simple and small but something that delivered such big emotion and I wanted to chase that.

I’ve seen the interesting booklet accompanying the vinyl. Was it important for you to have that physical element where to include images and lyrics?
I feel like lyrics come first for me, so a lyric book felt natural.
There’s a voice message in Neighborhood, an already generational signature in songwriting nowadays. Was it important for you to include it?
It was important for me to show where my relationship with my mother is today and our successes.
In the album there are two lines that cohabit, and they are “I don’t know who I am” and I’m tired of people trying to erase me. How related are they, and how to come to terms with both?
Not knowing who I am feels like more of a celebration nowadays. I used to sing it and almost feel shame or guilt, until I realised it was a good thing. I should always be growing and evolving and getting to know myself more every year.
What are your plans for the coming the future?
Playing Write Your Name In Pink live on tour! 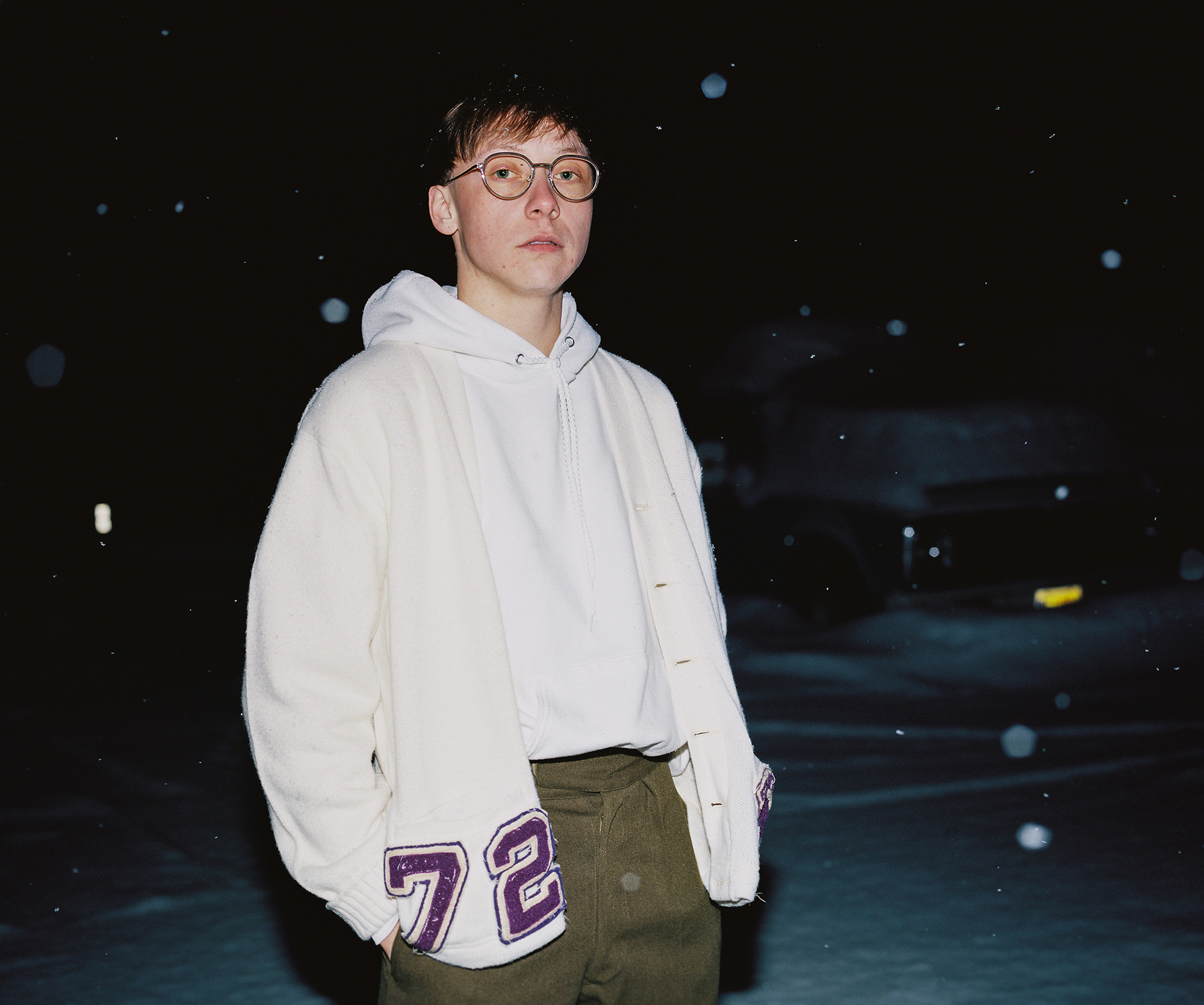