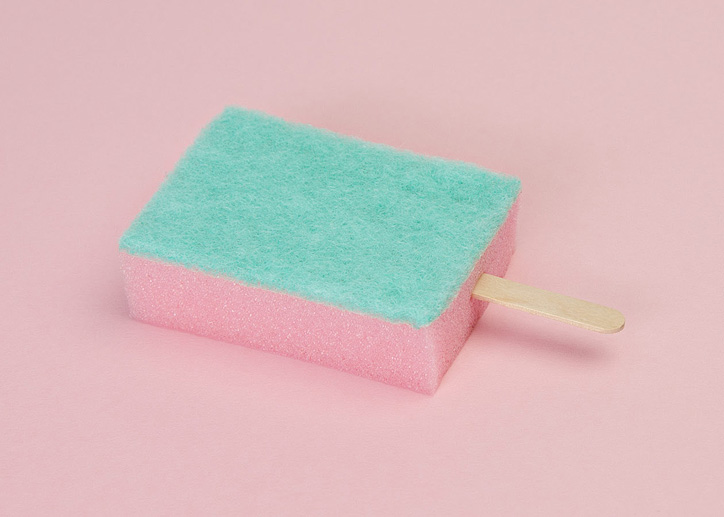 PUTPUT is a Swiss/Danish artist group established in 2011, based in Copenhagen. Their work could be categorized mainly as contemporary art photography, but in truth, it stretches from sculpture and installation to publishing. They have taken part in numerous exhibitions and in these two years of being 'in business' together, they’ve managed to make quite a name for themselves in the contemporary art world. By altering, modifying and combining our everyday life's more banal objects, PUTPUT challenges and questions our use and perception of things.

I bet you've never looked at an ordinary kitchen sponge or an office chair quite like they have. By giving those useful or even edible objects a new context, they create pure and clean-cut artworks that might make your next supermarket-run a bit more exciting. In their particular way, and surely with a long process of thought and editing, the 'new' objects they create are far from banal and become a celebration of the new life of those utensils. It's almost as if they imagined what a plant or toothbrush might want to become if they had a choice. We spoke to the anonymous duo about the conception of new work, how we perceive the outer world and the challenge of changing that perception.

I understand you would like to remain anonymous but can I ask about both your backgrounds and how you came together?

We come from a background in graphic design and fashion design and have both worked extensively with photography in our studies and, later on, in different jobs. We met through a mutual friend a couple years ago and became good friends. We quickly realized that we have common interests and decided to start collaboration on different projects, soon thereafter PUTPUT was established. We both really enjoy the freedom the project provides us with, as we usually have to deal with the demands of the clients. PUTPUT offers us a free space where we first and foremost work to give shape to our own ideas.

Is there a particular (artistic) reason for staying anonymous?

The reason for being somewhat anonymous at the moment is the intention of keeping all our focus on the work. We are concentrating on getting the PUTPUT name out there and in that context our individual identities are not that relevant.

Can you define how your collaboration functions? Does each of you have a particular role?

We do have different roles in the collaboration, usually we develop ideas and concepts together and then we conduct individual research into the subject or theme. The next step is also conducted more individually, where one of us takes care of collecting and sourcing the different objects we use and the other one looks into more technical aspects for the shoot in terms of light and settings. Of course we talk a lot about everything throughout the process and it´s very important that we agree on every element, even though that can take some lengthy discussions, neither of us want to feel that any aspect of any project seem like a compromise. The work in the studio which often involves several re-shoots, a lot of rearranging and styling, is done together and the postproduction is also based on dialogue. When it comes to getting the finished work out into the world, we do most things together.

Do you think being based in Copenhagen influences your work? And why not base yourself in Switzerland?

It´s difficult to tell, we have only tried working in Copenhagen. We are not really sure if being based somewhere else would have a greater impact on the type of work we do. We are not trying to comment on our geographical location in our work or reflect aspects of society that are specific to Copenhagen. However, we would love to try working somewhere else and we are very open to being influenced by new things or surroundings.

How does a new work generally come about?

It’s an ongoing thing, it’s quite hard to tell where it starts or ends. We are generally interested and fascinated by our immediate surroundings, the things we encounter in everyday life, and we relish in exploring what those things, objects or situations may become. In broad terms, we like to discover the potential or hidden aspects of objects which in turn also reveal aspects about how we interact with them or whether we have an interesting relationship with them. We are attracted by the value of things; why do some things mean more to us than others? When is an object deemed precious and for what reason? The same approach is applied to the concepts themselves, trying to explore why and how we evaluate ideas. It becomes an investigation about the hierarchy of ideas as well as the hierarchy of objects.

Where do you think your fascination for almost "banal" everyday objects comes from? Thinking of the "Tribute to the Salami" for example, I love that one!

We are fascinated by the recognizability of objects and how they a perceived or, in most cases, overlooked. We believe that many of the things we take for granted in everyday life have been conceived with as much care and attention as precious design classics. We try to bring forward the unseen and shed a new light on these items.

What do you think defines art nowadays? Or how do you define art for yourselves?

Phew, that is a big question…art as a definition covers such a vast range of expressions and ideas and is probably more determined by context than form. Even though it sounds like a cliché (keeping in mind that all clichés were true at one point),everything could potentially be art depending on the context and on whether the creator or spectators define it as such. In our own projects we are not that concerned about whether people perceive it as art, design, advertising or something else, the lines are consciously blurred and we like the ambiguity and fluidity of the projects.

In your artist statement you say you are seeking to occupy the space between input and output, can you elaborate a bit more on that?

Maybe this is where the control freaks in us comes out, the statement is more about being in charge of every aspect of the process. Obviously our process requires input which includes historical references and current visual tendencies, and we want to be fully aware about how this input is manipulated, transformed and interpreted and how this in turn becomes our output.

Do you see yourself making works of art that are completely new, or are you more interested in reshaping and rethinking existing objects or ideas?

The term “new” is quite fascinating, what is new? We think it’s more a question of new versions, new interpretations and new context. We will probably continue to work with ready-mades in one way or another, but we have also instigated projects where we construct “new” versions of existing objects.

Is the final work the photo of the objects you create or could the object itself also be considered as a standalone piece? Do you ever exhibit the objects or mainly the photographs?

In some cases the final work is the photographic image, sometimes the photographic process itself provides a filter and an opportunity to direct the viewers gaze in exactly the way we want. We quite often choose this solution instead of exhibiting the actual objects because it gives us that extra level of control. We are starting to work more with sculptures intended to be exhibited as such but in all fairness these will also need to be documented photographically at some point and might end up as depictions as well.

You made "Babuschka" earlier this year, showing rainbow-colored Russian dolls as a support to the LGBT community in Russia and beyond. Do you think art can or should influence or affect socio-political problems and situations?

We think there are several levels of addressing political, social or societal problems through art or image making, and we usually try to avoid being explicitly political, partial and deliberately provocative in our work. On this occasion however, it was a matter close to our hearts as a lot of our friends are part of the LGBT community, besides,we felt that using objects such as the babuschka to communicate the message tied in well with the rest of our projects.

What is the process of research and finding the perfect objects to work with? Where do you usually find them?

It differs from project to project, but most objects we find locally in 2nd hand shops, flea markets and the internet, of course, makes the whole world your supermarket.

Are there any ideas out there that you would love to work on? Dream projects, objects that you feel need something to be done to them?

Of course! Too many to mention…but we also feel that it´s important to let our work evolve naturally. While still challenging ourselves with every new project, we would love to produce specific work for a book at some point, and we would love to try with a public art piece. 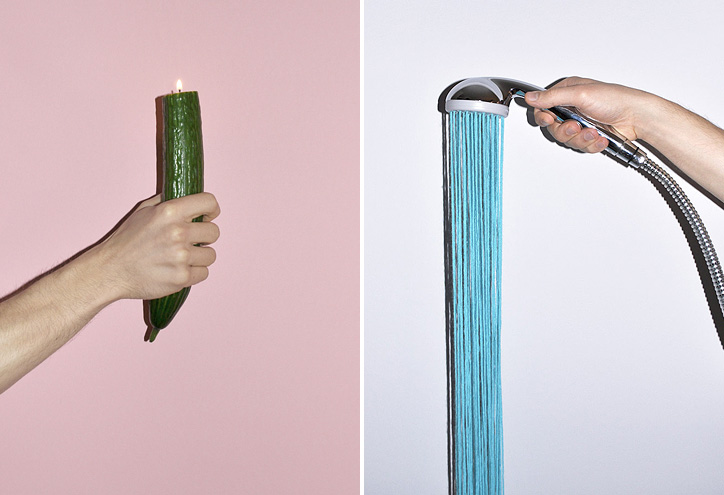 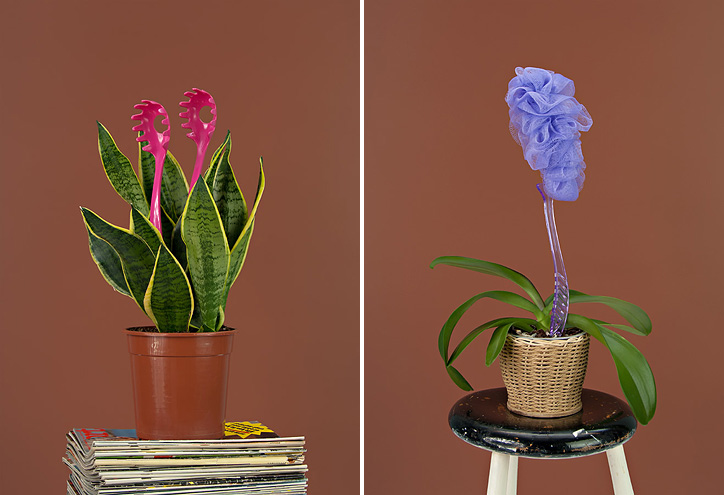 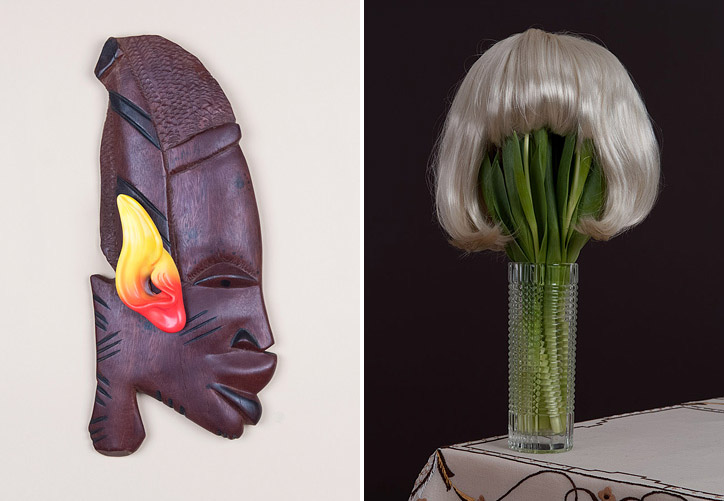 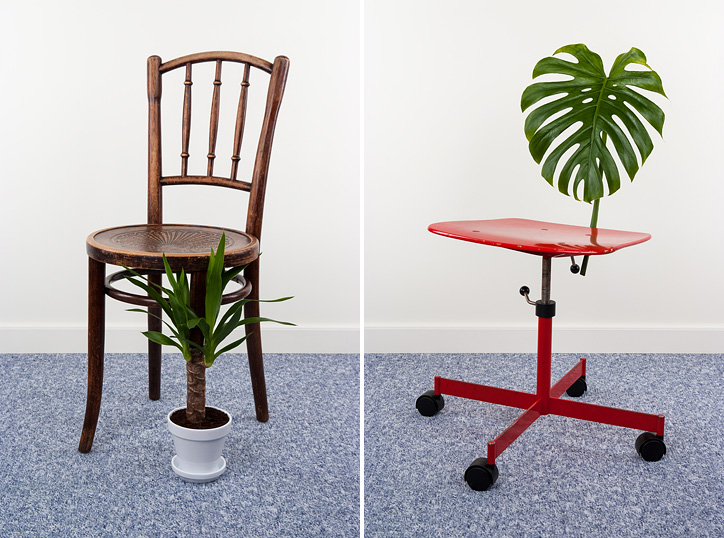 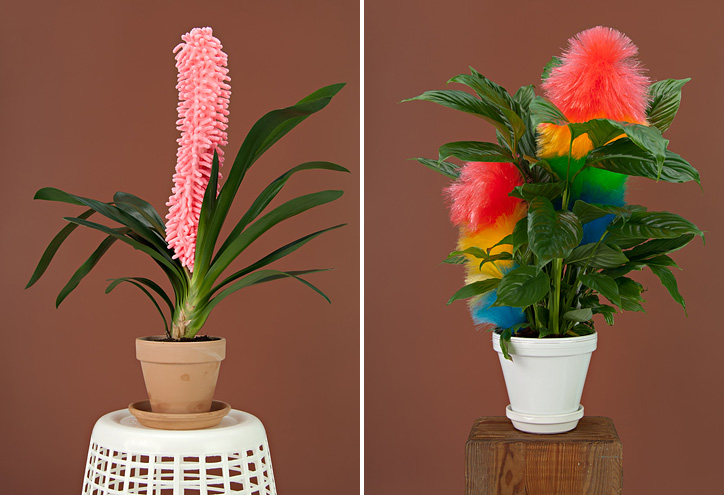 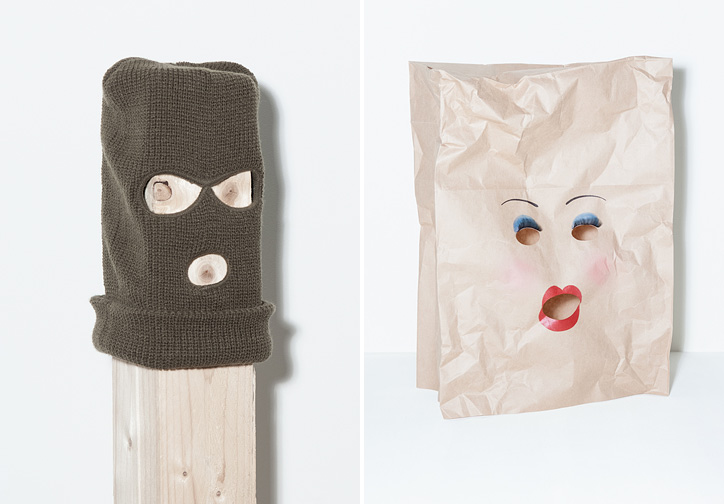 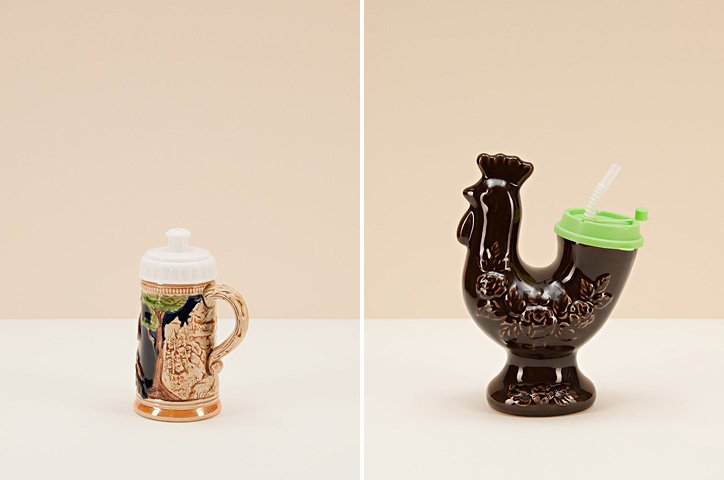 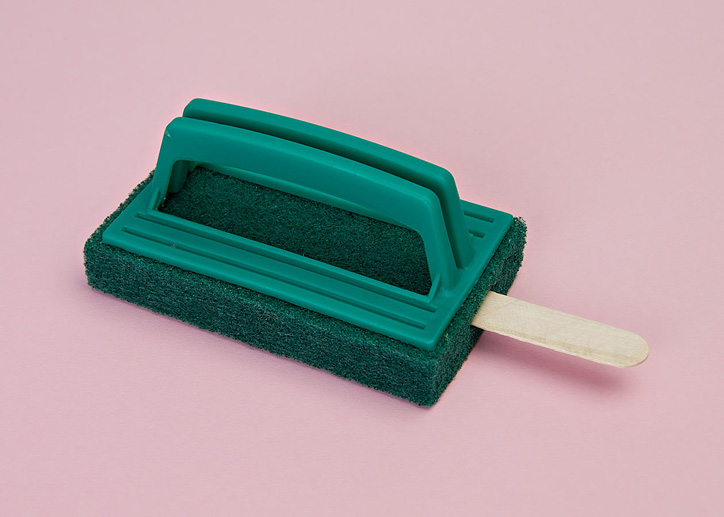