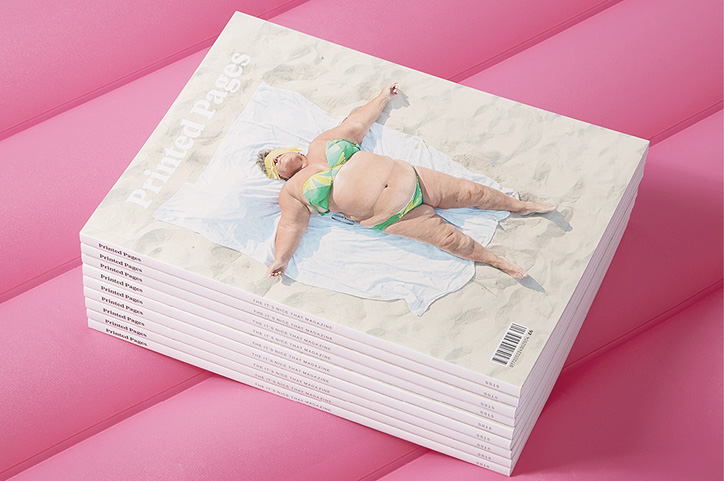 Now in its ninth issue, Printed Pages is the witty and unusual arts magazine born from It’s Nice That. Its pages are filled with cleverly written and engaging content about artists, illustrators, photographers, the list goes on; using elements of humour and conversational English to set it apart from so many other arts magazines out there. It has not gone unmentioned before how reading Printed Pages is like having an in depth discussion with a friend. You don’t have to have an arts degree to appreciate it, but you sure do go away feeling that much more inspired by the arts world. We speak to editor-in-chief Rob Alderson about Printed Pages and its latest issue.

What is Printed Pages?

Printed Pages is the magazine offshoot of the itsnicethat.com website. Set up in 2007, it aims to champion creativity across art and design, with a particular focus on graphic design, illustration and photography. The It’s Nice That magazine was started in 2009 and produced eight issues until it was discontinued in 2012. In 2013 we launched Printed Pages, and have printed nine issues to date.

Who are the people behind it?

It’s Nice That is run by Alex Bec and Will Hudson who met while studying graphic design at Brighton University. I’m editor-in-chief and Jamie McIntyre is art director, while we have an editorial team who work across both print and online.

Who is the magazine aimed at?

Everyone really but most of our readers tend to work in the creative industries or be studying at art school.

How would you describe the tone of the magazine?

It’s really about accessibility. Too much arts and design writing is impenetrable and it makes you feel stupid because you haven’t got a PhD in post-surrealist ceramics or something. We want to celebrate amazing people who produce brilliant work but we want to do it in a way that’s fun and readable. That doesn’t mean dumbing down; we just don’t take ourselves too seriously.
As an example in the last issue we had a great essay about photographers who go on tour with bands, but we opened it with an extended reference to Almost Famous…

What draws you to the people, writers and artists you feature in the magazine?

Their talents and their personality. No matter how good someone is, we aren’t that interested in profiling them if they’re a bit of a dick.

What do you like about having a tangible publication as well as It’s Nice That as an online platform? What do the two offer and how do they differ?

Two things. The first is that often if you give someone a new magazine the first thing they do is smell it; that tells you something about the very visceral reaction we have to print. Secondly it’s hard to come across genuinely surprising content online. We create echo chambers through the feeds we follow and the sites, or parts of sites, we visit. Over and above that Facebook and Google have constructed algorithms designed to reinforce what they know we look at.
With print you turn a page and can be confronted in a really physical way with something you didn’t even know you were interested in. Plus we like the challenge of creating the right rhythm of a magazine which is something you don’t really orchestrate online.

Why choose to publish only two issues a year rather than the previous one per season?

It came down to the size of our team really. We have a small group here who produce a great deal across our channels. We put out four very good magazines last year but felt we could put out two excellent ones this time around.

Tell us about the cover choice of the Spring/Summer 15 issue.

We knew and loved Tadao Cern’s sunbathers series and as it had never been printed before we were keen to use it in the magazine. When we started speaking to him, it emerged that there were a couple that had never even been seen before so we mocked up a few covers using them. It set exactly the tone we wanted – fun, weird, intriguing – and then we decided to strip (no pun intended) it right back to just the masthead and the photo. The split his and hers run was a nice way to avoid choosing between them!

What is your favourite part of the latest issue?

From a personal point of view speaking to Dan Wieden was a real pleasure and Sam Island’s illustrations really bring it to life. Elsewhere I think Maisie Skidmore’s Viviane Sassen piece is beautifully written.

This being the 9th issue of the magazine, how else has it changed since its inauguration in 2013?

Quite a lot over time as we’re big believers that magazine-making is an iterative process, refining and tweaking and constantly improving things.
For this issue Jamie was keen to make some tangible changes that improved the accessibility of the design. So the paper stock is less stiff, we change up the type size a few times and we’ve used a tip-in for the first time.

How do you see Printed Pages evolving in the future?

I’m not sure. The mag is one part of what we do and so it will evolve in the same direction as the platform as a whole. 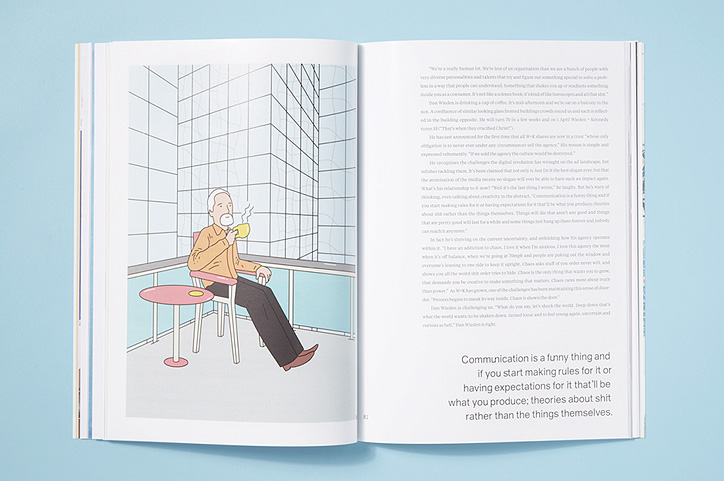 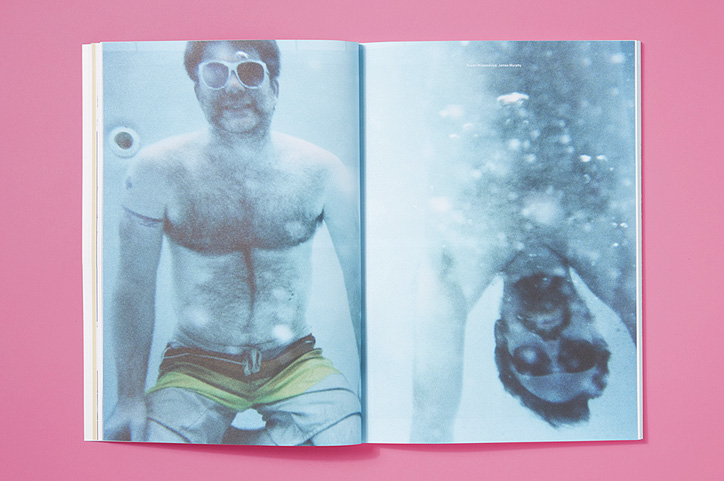 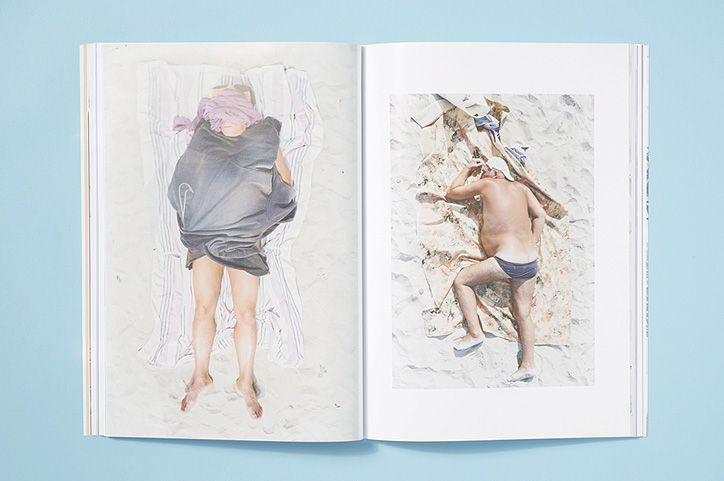 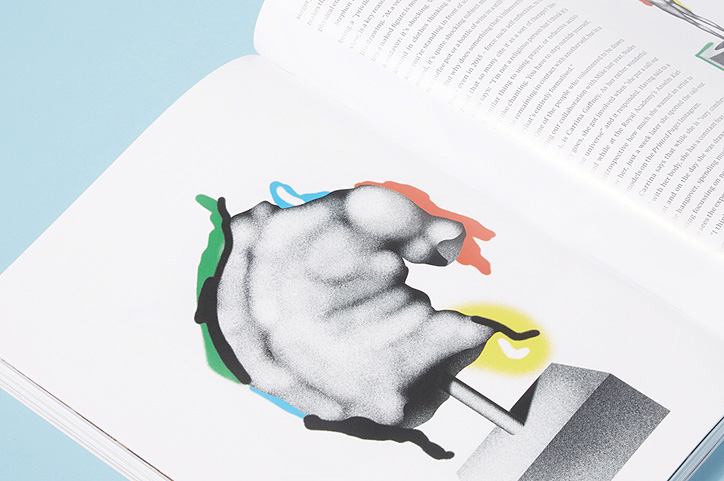 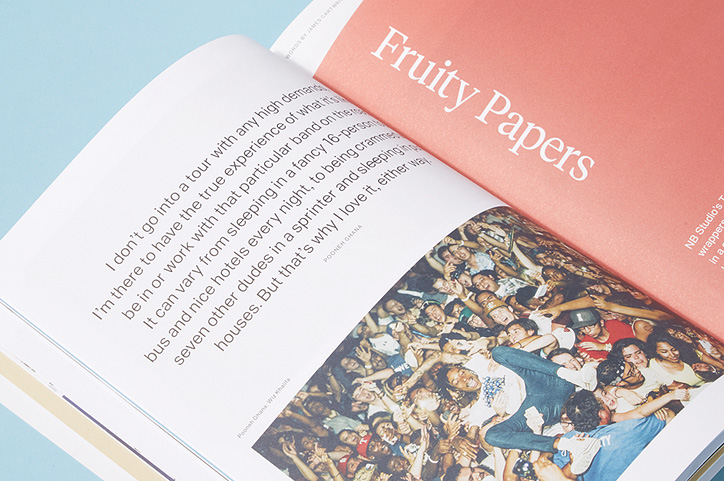 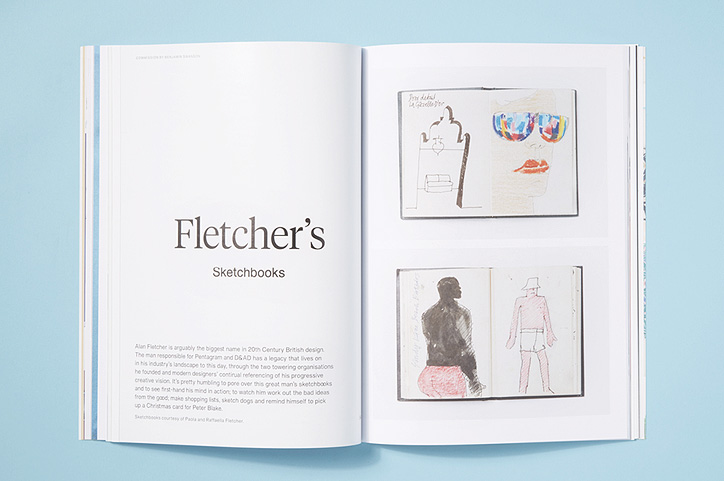 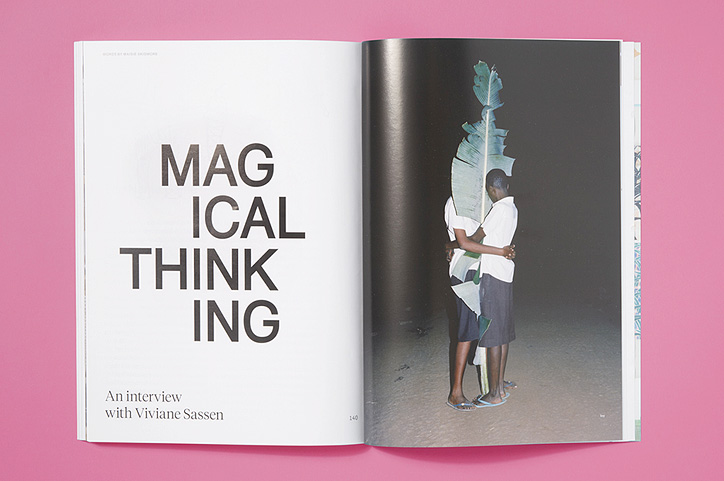 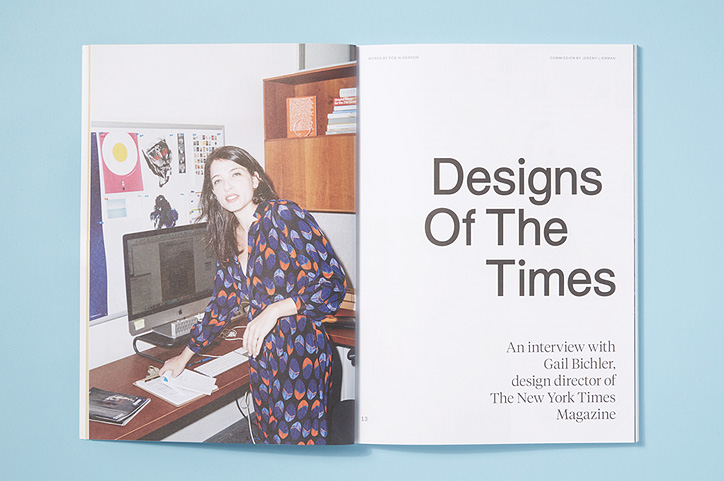 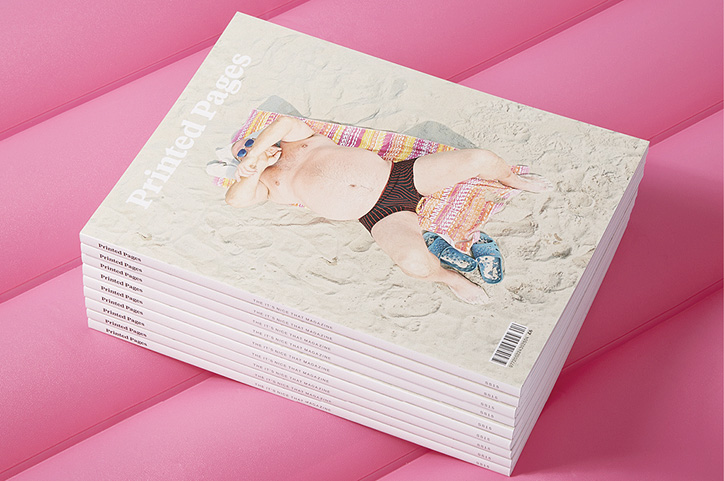