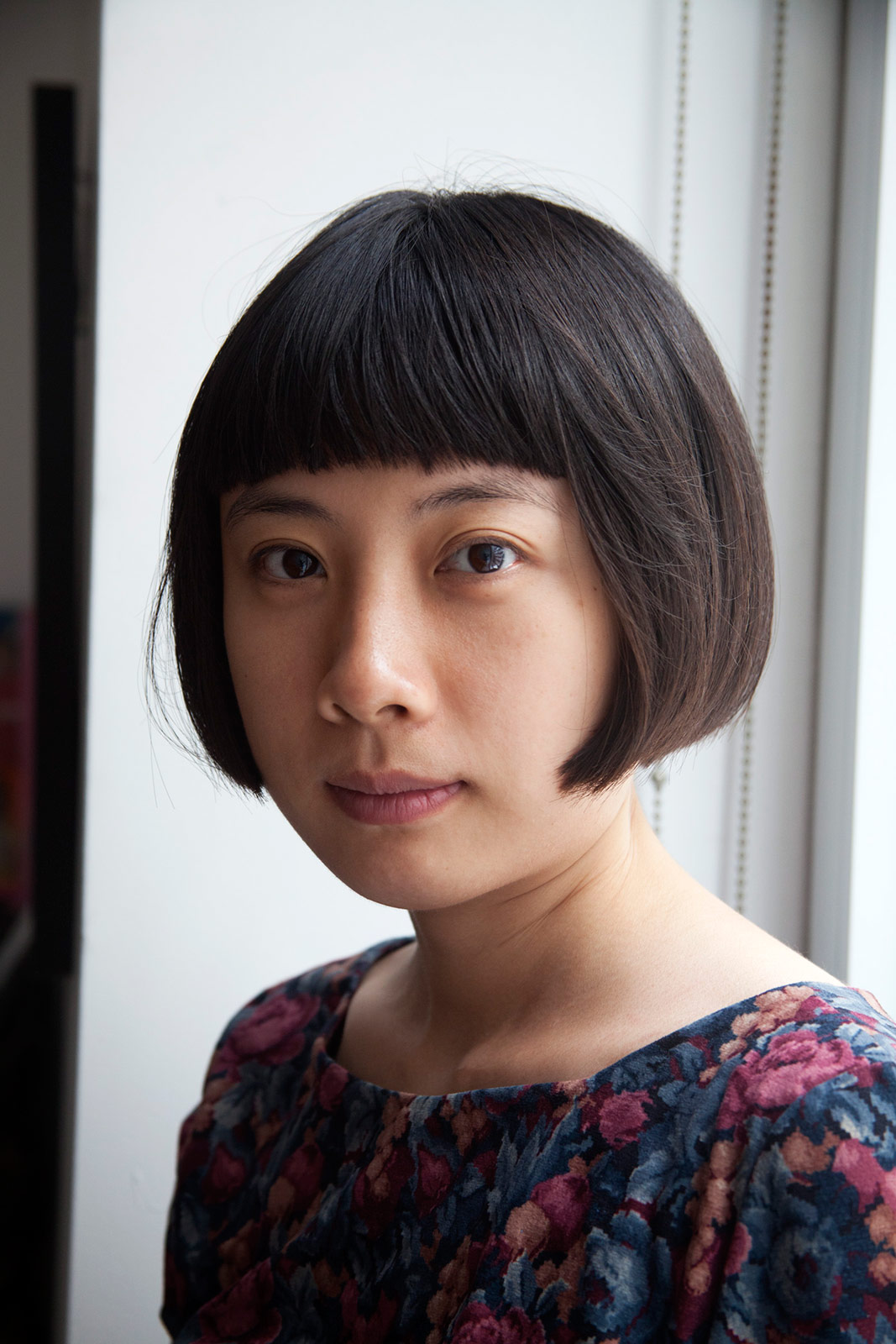 Exploring issues such as female dominance, intimacy and gender roles with a female gaze and a good sense of humor, Pixy Liao is a female artist born in Shanghai, currently residing in Brooklyn. She brings us a body of work that shatters the patriarchal stereotype of an heterosexual relationship by switching roles with her five-years-younger Japanese boyfriend.
Could you describe a bit of your background as an artist in China and how that notion was affected when you moved to the US?
I didn’t study art at all in China. After graduating from university I became a self-taught graphic designer for three years. I felt frustrated as a graphic designer and wanted to change my career to something I would have more creative control of. So I went to the US to study photography. It was my first time studying something I was truly interested in.
Your work has a good sense of humor in it. Can you tell us about it?
Everything is like a game to me. I have to enjoy it to make it work. The work needs to amuse me in some way. 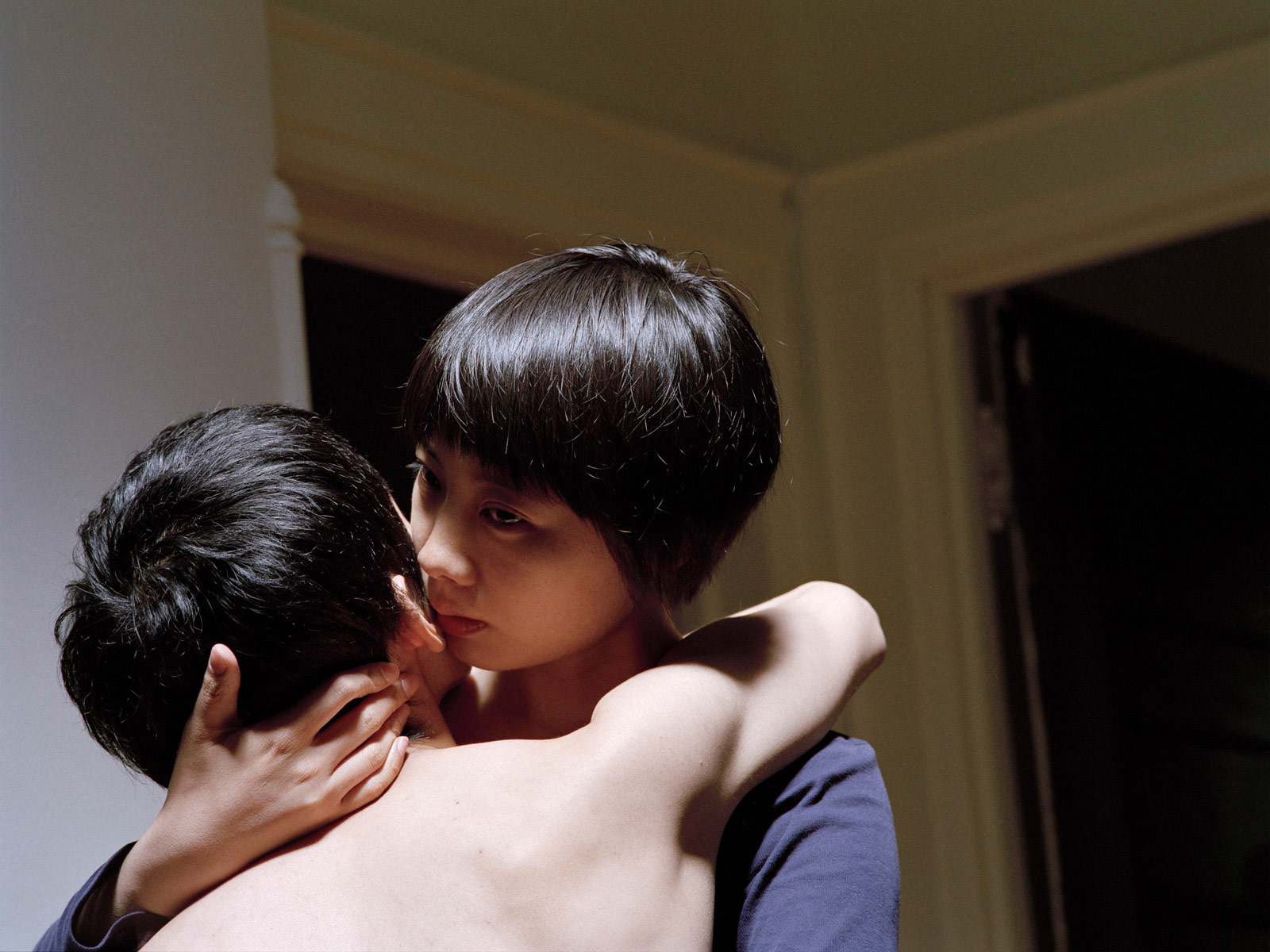 Does being a Chinese and questioning the traditional heterosexual relationship bring up a lot of questions from your friends and family back home?
There was a lot of questioning in the beginning. I got the idea for the project from my Chinese friends' reactions to my new younger boyfriend. Someone asked me how could I find a boyfriend the way men find their girlfriends. But now most of my friends got to know me more, after I’ve been working on this project for about ten years now. My parents also learned to accept my ideas, but most of my relatives don’t know about this project, or even if they knew, they wouldn’t understand me. They think I’m doing something that’s not natural.
Did the project and the wider visibility your intimate pictures achieved have any impact on your relationship somehow?
The project grows, shapes and changes our relationship as we go along. It gives us a chance to see ourselves in the images and reflect about our relationship, and it also brings us closer as partners.
Can you tell us about the ongoing development since your first work Memphis until Experimental Relationship?
When I arrived in the US to study photography, I went through quite a cultural shock and identity crisis. I had never been abroad, and my mind was not set to become an artist. I found that shooting landscape pictures helped me to get familiar with the new environment, I was drawn to the exotic scenery in Memphis, the American landscape. Later on I became unsatisfied with just landscape pictures, I wanted some story happening in my images. So I started making photos with people in it, and it was the next project I released called Stills from unseen films. But I felt those images, though visually interesting, didn’t have much of myself in it. They are not unique. I want to make some photos which only I can make, so I started Experimental relationship. By that time, I found myself again.
Moro is Japanese and five years younger than you. How did you meet him and how the idea for the project came up?
We went to the same school, the University of Memphis. We met on the first day of international students’ orientation. We saw each other and I remembered his face. I didn’t know anything about him except he studied music. I thought it would be interesting to know what it would be like to be his girlfriend. I can assure you I never thought like that before. One year later, I saw him again and approached him, asked him to be my model. The Experimental relationship project began after we dated for one year. In the beginning, I was just using him as a ‘prop’ in my photos. Sometimes I would ask him to play dead in the bathtub or climb into a suitcase naked. When I was showing these photos at class, my teachers and classmates’ first question were “how can you treat your boyfriend like that?” It was quite surprising to me, because I thought it was totally normal. I asked him to pose in my photos and he did it. It was natural for us. Then I started to take photos of us together. 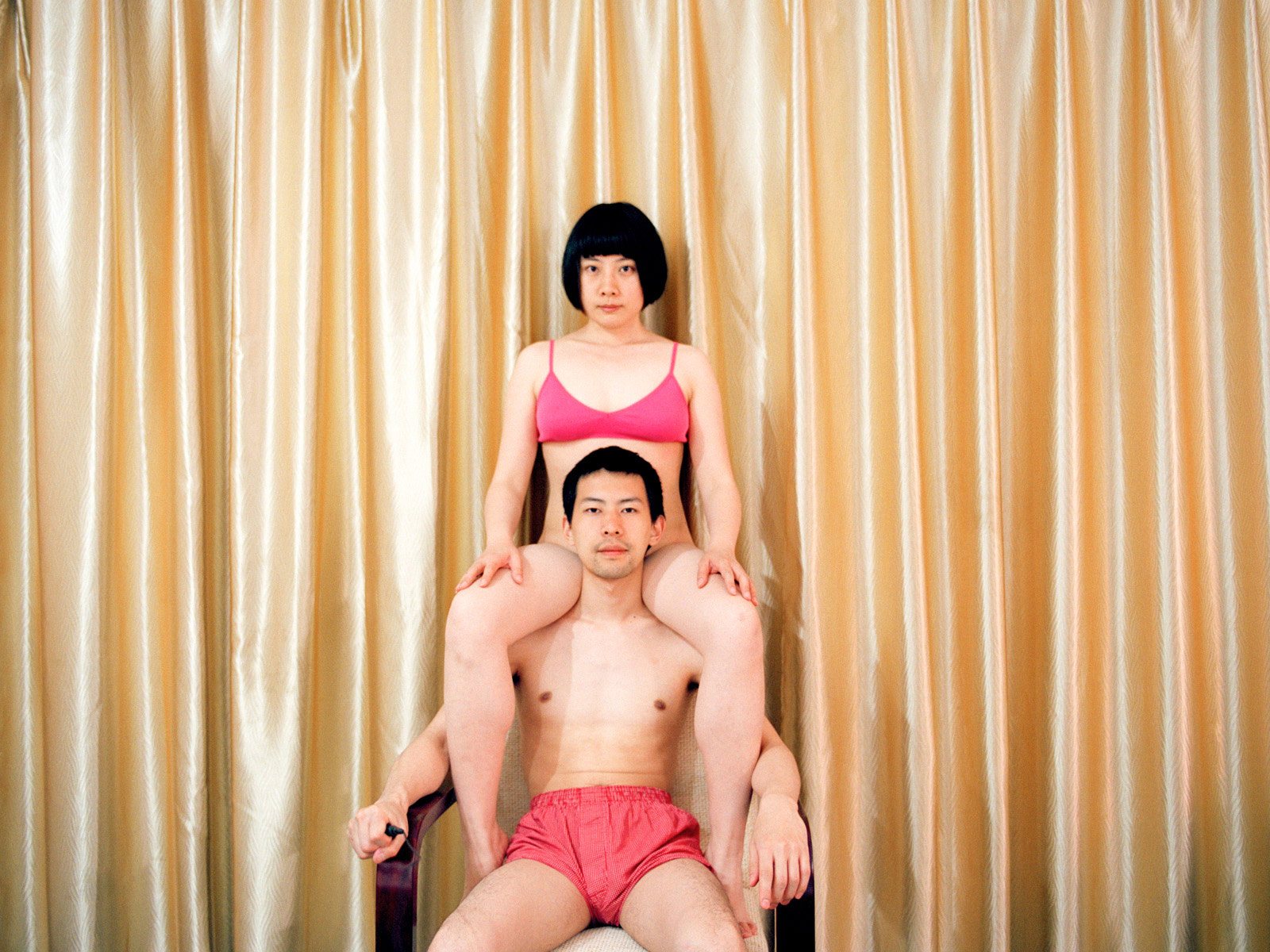 I feel like China and Japan have very a peculiar point of view on sex. Do you think those different perspectives influenced your work?
Yes, I would say that China and Japan are very similar on sexuality. Both are very conservative in terms of daily life. There’s a wild side in sexuality in Japan. And some of my photos are inspired by that, like Homemade sushi, which was inspired by Nyotaimori (the practice of eating sushi on a naked female body).
Could you tell us about your work with other media besides photography, in projects such as PIMO Dictionary, Soft-heeled shoes, Breast spray and so on?
After graduation, I started to make works in other mediums outside of photography. To me the idea is what matters, not the medium. PIMO Dictionary is a project we collaborated, we collected all the daily words we use and made it into a dictionary. It’s a mix of English, Japanese and Chinese, it’s about love and multiculturalism. Soft-heeled shoes is a pair of shoes with soft heels shaped as male genitals. Breast Spray is a spray shaped like a breast, and can be used as a spray and a weapon. My new projects are a combination of sculpture, performance and video. Most of my work is talking about female experience and female desires.
You’ve been involved in many residence experiences. Did they play a big role in your work?
Most of my works were completed during these residencies, so I’m thankful to them. Even though I work as a freelancer, I need some time and space separated from my daily life, which usually gives me more concentration in the process of art making.
You also have a band with Moro called Pimo. How did that come about?
Yes, I have a band with him, called Pimo, after Pixy and Moro. He is a musician and I only sing in the band. He has been contributing so much to my art projects that I think it’s only fair that I also contribute with his music project. We make indie folk music and silly music videos. In my art projects, it’s usually my point of view, but in our music is usually Moro’s point of view. We are producing our third album now. 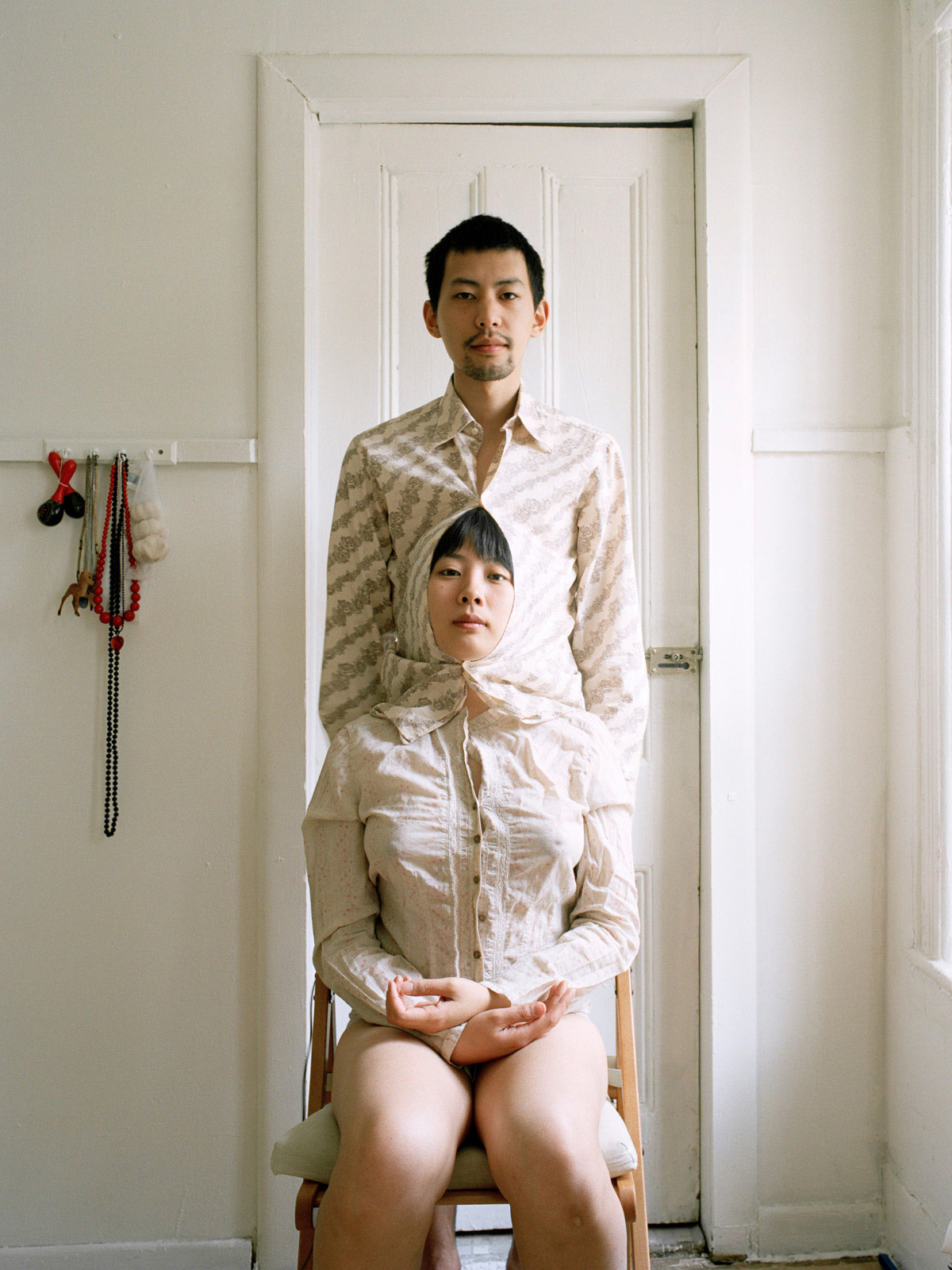 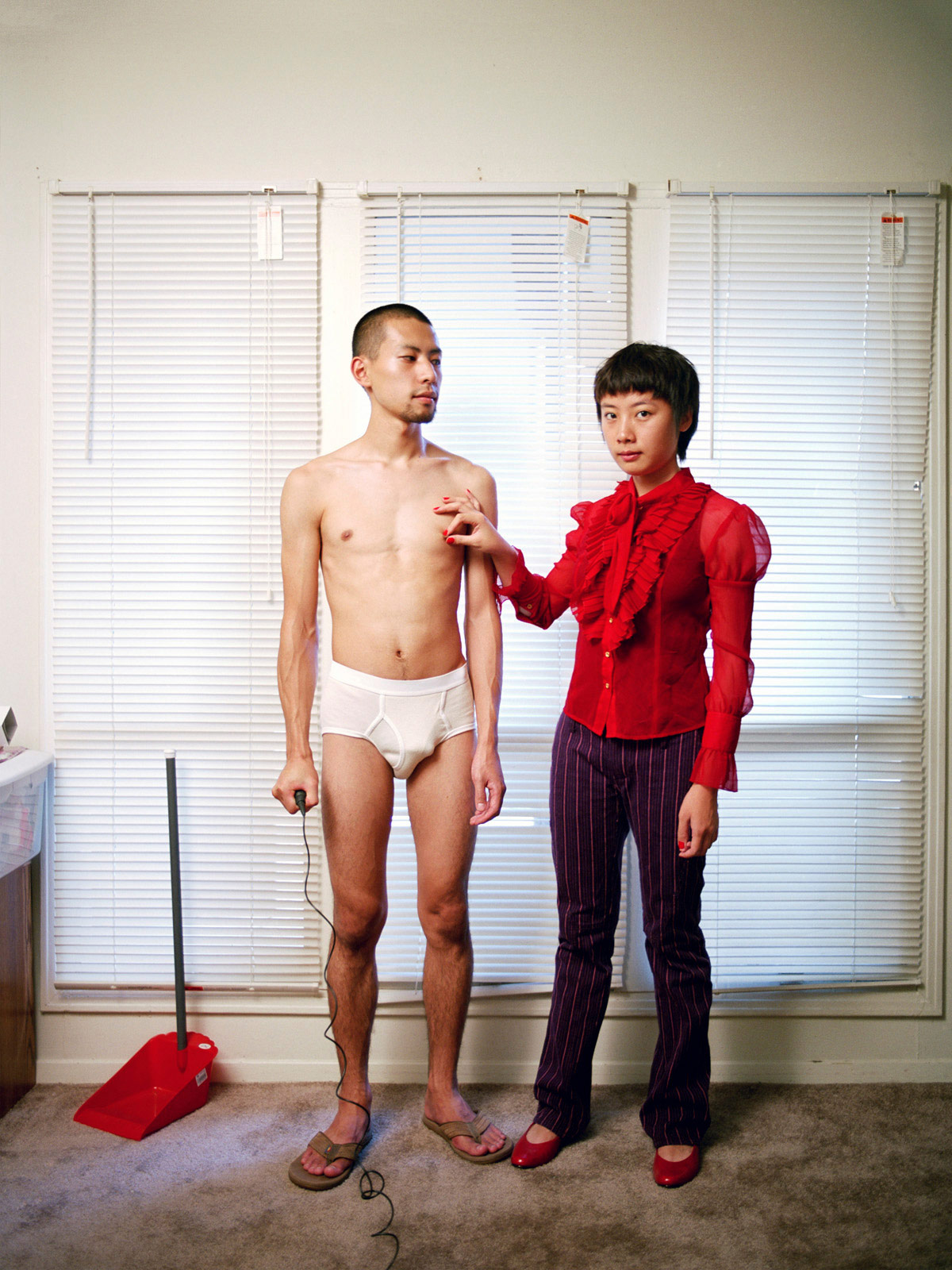 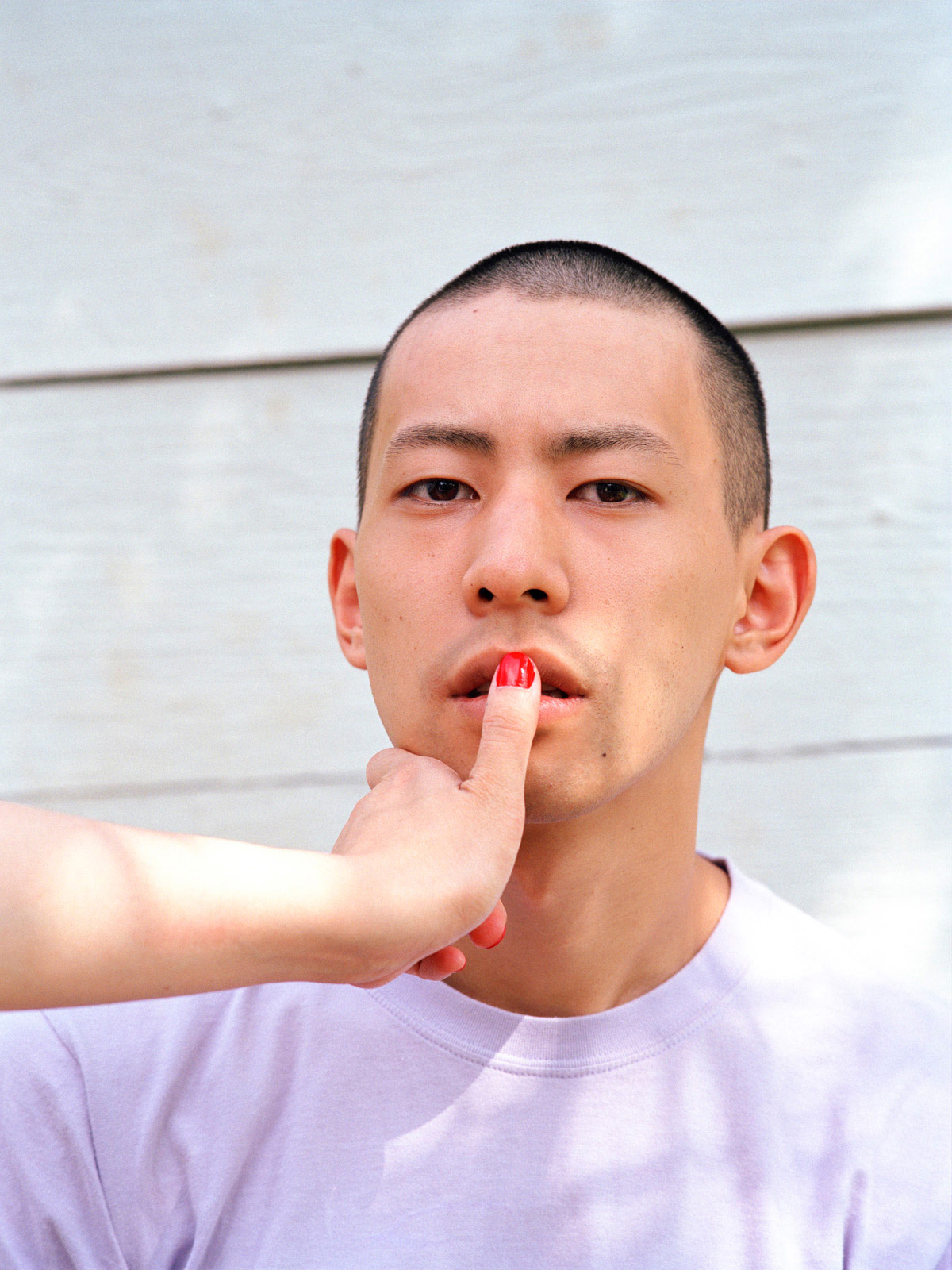 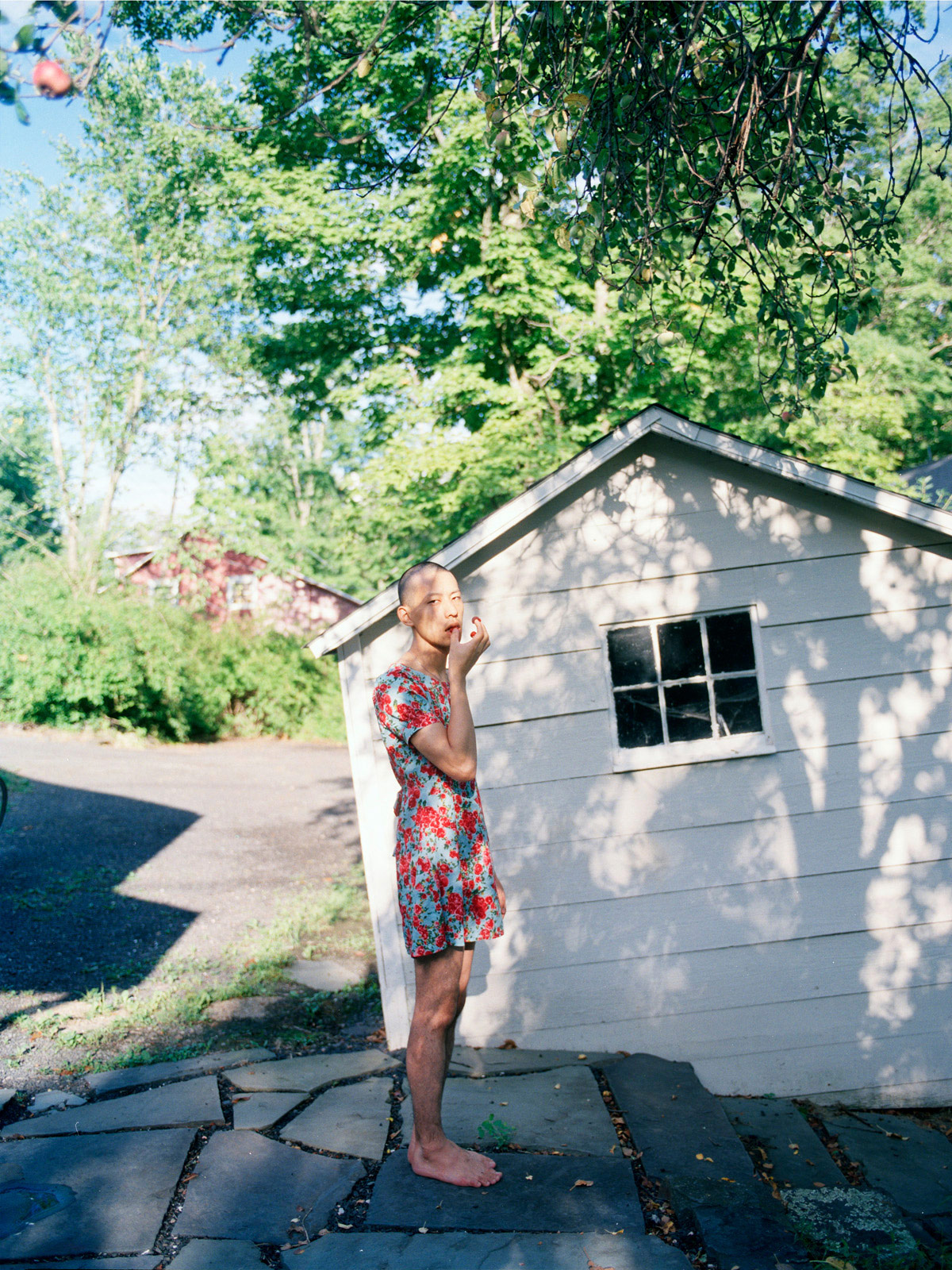 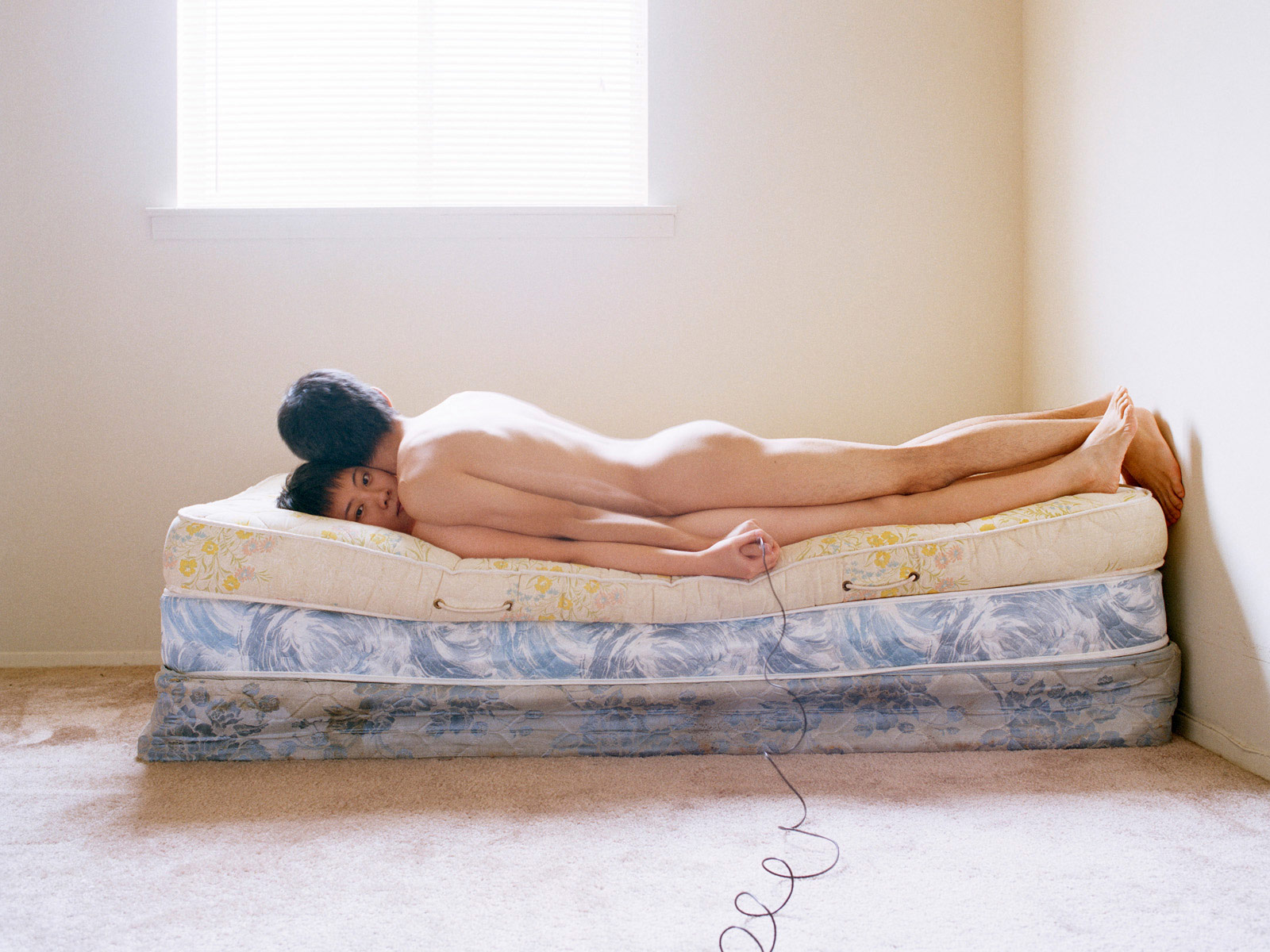 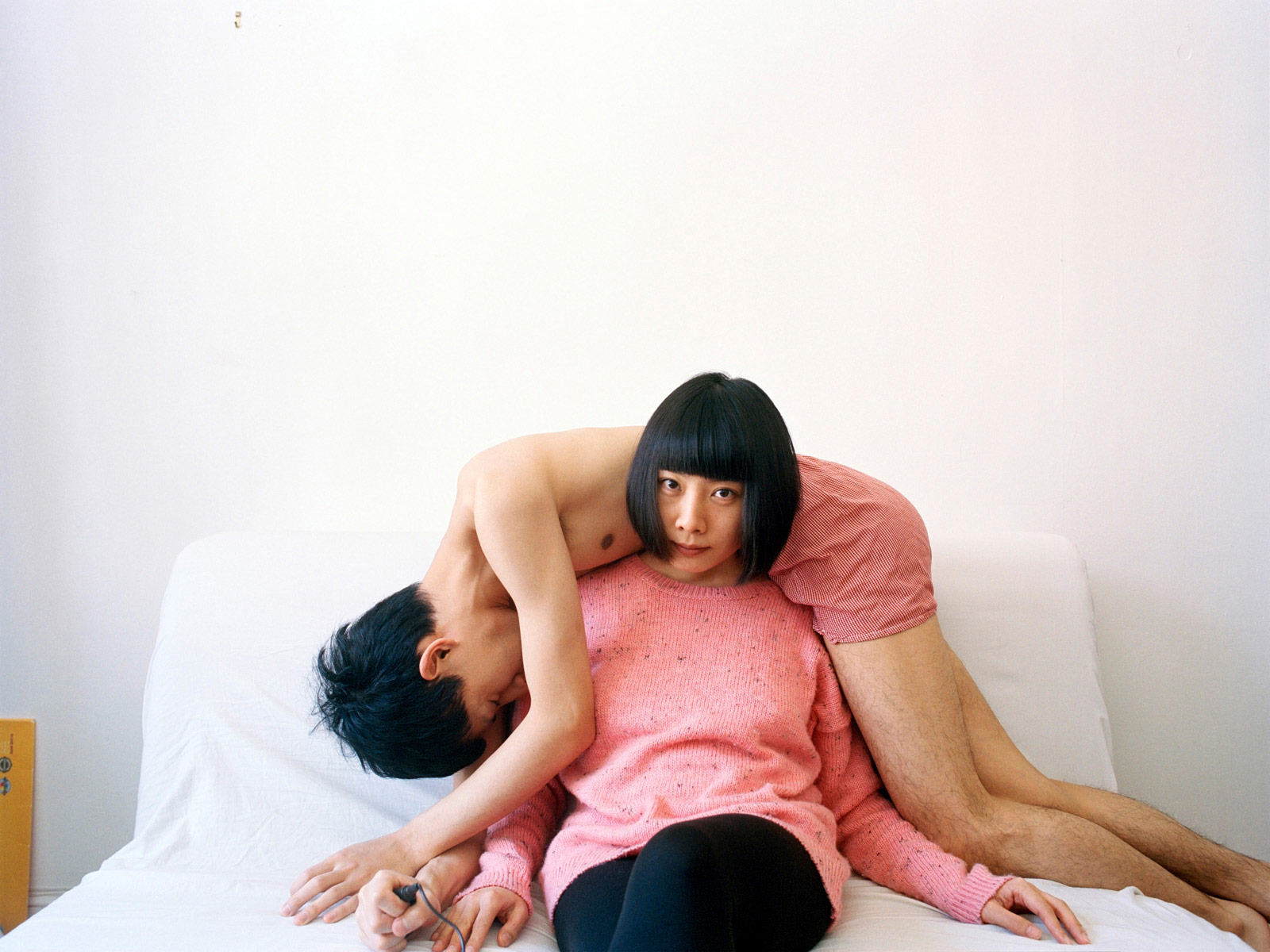 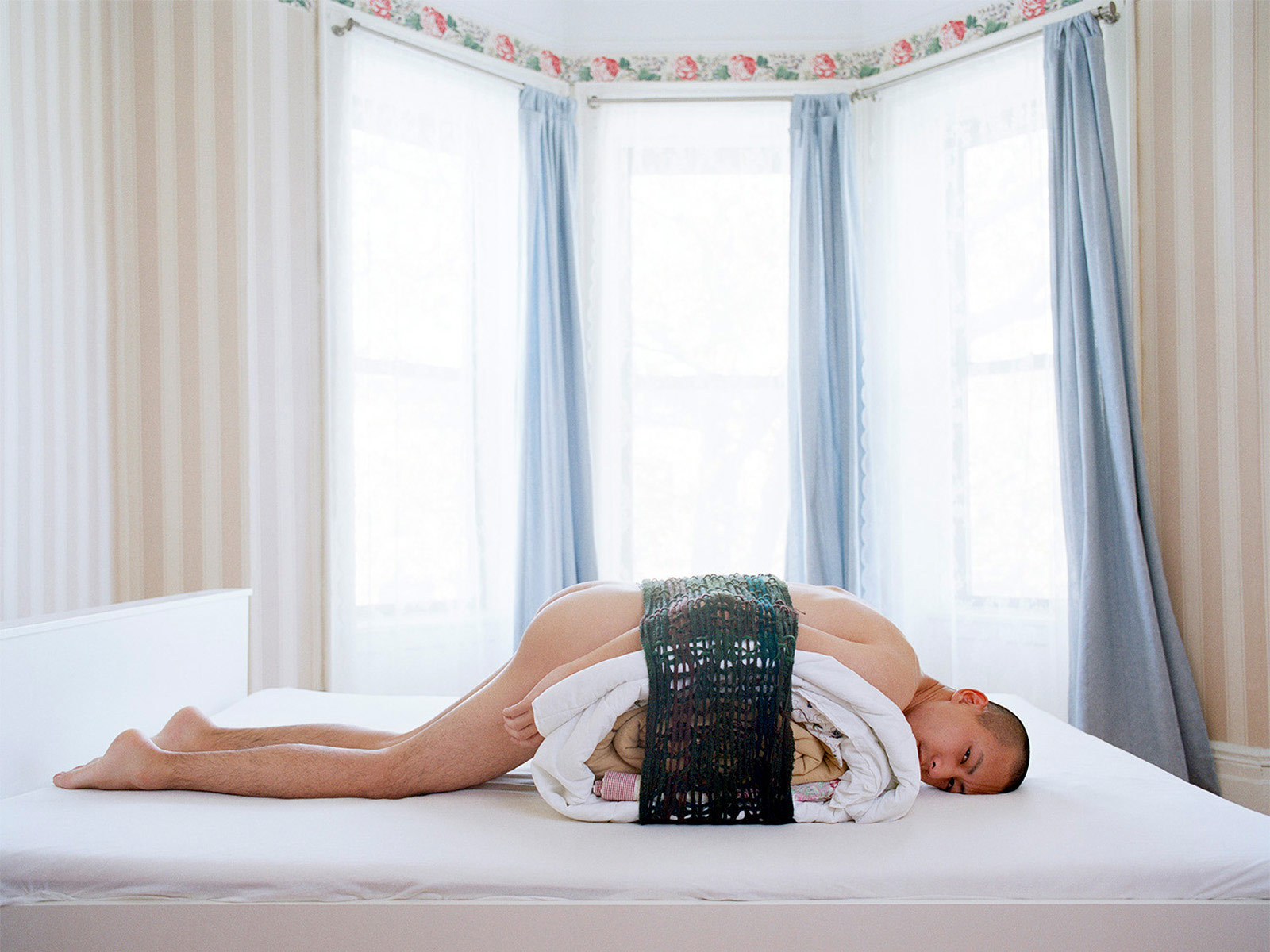