Love in a vacuum-sealed package 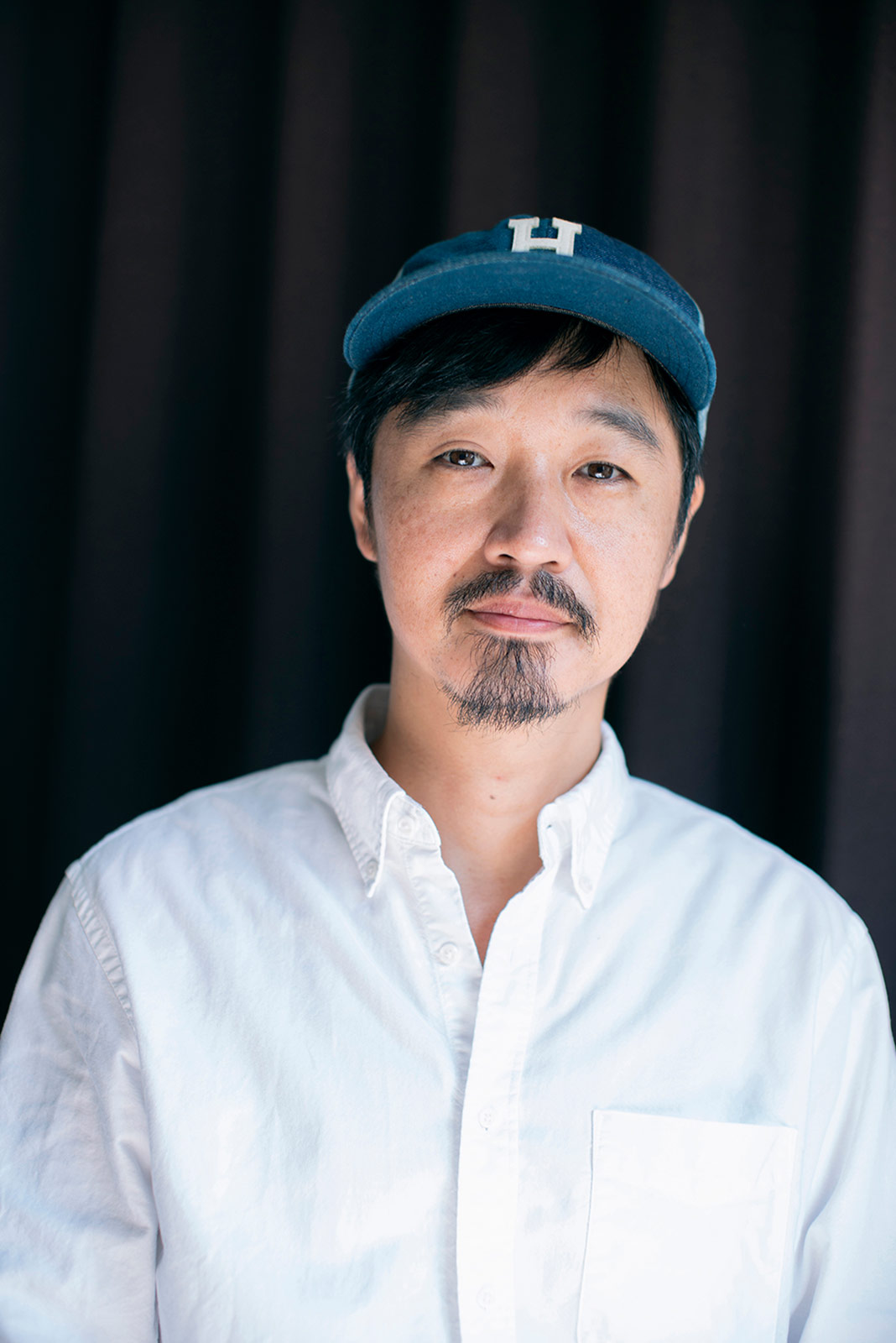 Have you ever wondered how it would feel like being sealed in a vacuum package with your significant other? Well, Photographer Hal got you covered. For almost two decades now, the photographer explores the notions of love between couples, with his unique way of looking at the world.
Already during his university days in Tokyo, craving for encounters with different cultures, Hal had the opportunity to travel extensively in the Middle East and India, where he discovered how photography can be a communicative tool that helps to overcome language barriers and timidity. He then returned to Japan, and further developed his skills as a photograph, working for an advertising production company.

Later, when he felt confident enough to focus on his true passion behind the lens – people – he began exploring the subject of love from various angles until he found couples as his main vehicle of expression. Since then, he is constantly on a mission to capture love in all it’s states, colours, types and variants. Photographer Hal’s unique approach, which leads him to look at love from a different angle, allows us to observe how the intimacy between couples can be captured in places like a bathtub or a vacuum-sealed package, combined with their beloved objects or their homes. 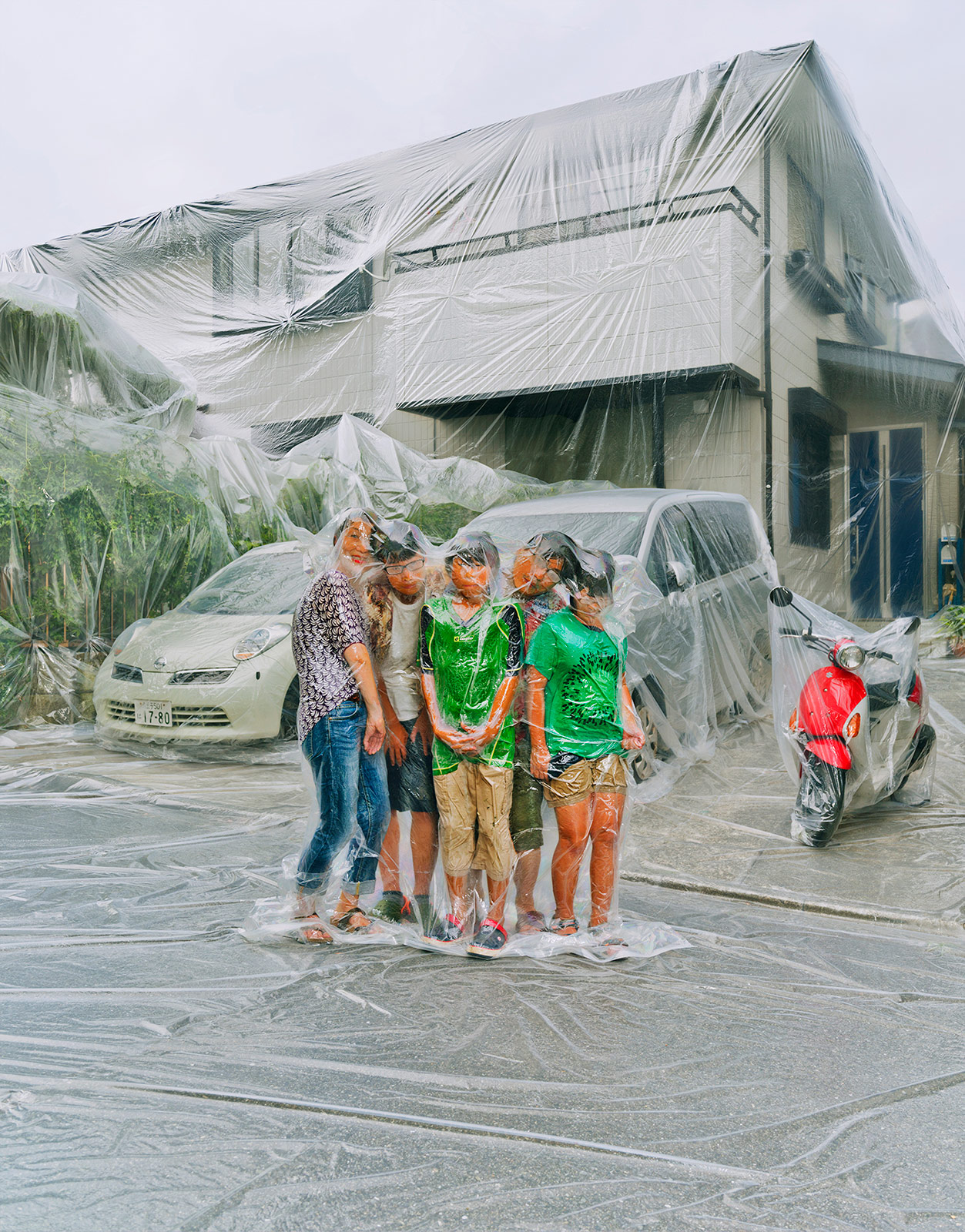 The primary aspect which your photography seems to revolve around is without a doubt love. Take us to those days when you just began photographing and decided that this is what you desire to explore more than anything else. What was the essential trigger for that choice?
I think love is at the root of everything in the world, including the economy and culture, and so on. I wanted to understand the essentials as much as possible.
In many of your projects, you emphasise the importance of love and intimacy; it can be read in the foreword to the Flesh Love All series, for example. Or seen in the intimacy of the location, like in the Couple Jam series, where all your subjects are photographed in a tub. In your opinion, in life, how important is the role of the opposite and the contradictory feelings of love, such as conflict, despair and hate?
I believe that in real life, we are more likely to encounter conflict, despair, loneliness and hatred. However, because of this kind of life, we realise love and know the importance of it. I think what I’m expressing is a desire for me.
People and their intimate relationships occupy a key role in your photography. They seem to be the main focus of your camera in most of your works. How important is it to maintain good chemistry between you and your subjects, in order to portray the love through your lens?
It’s very important for my shooting to gain the trust of the subject. I must be very grateful for their willingness to cooperate in making this work happen. 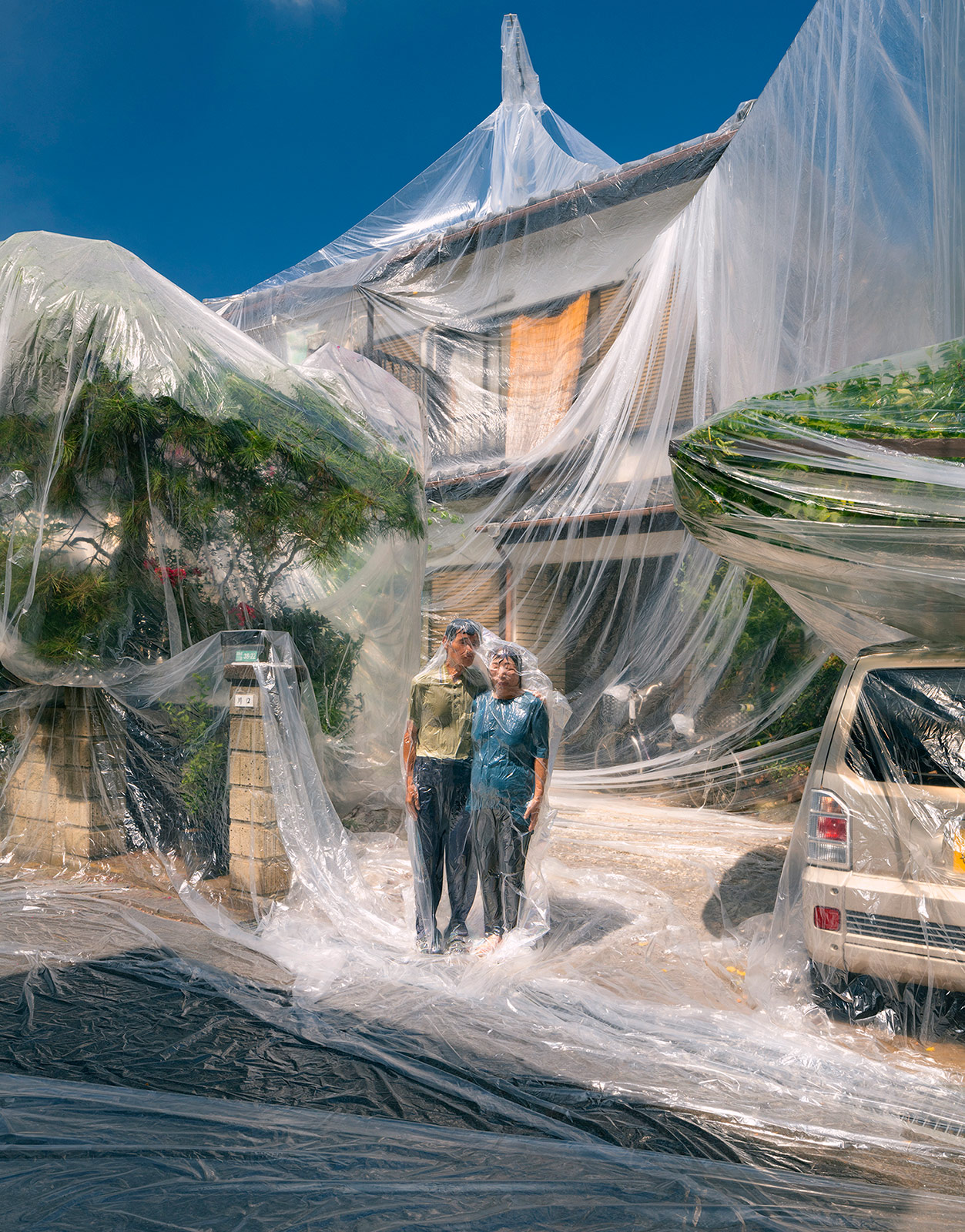 I read somewhere that in the search of couples for your photos, you sometimes find yourself in dodgy bars in places like Kabukicho and Shibuya in Tokyo. I assume you receive quite a wide palette of reactions when offering couples to be photographed in a vacuum-sealed pack. What were some of the most extreme and bizarre reactions you have ever encountered?
You may be surprised, but everyone has a very rational and common-sense reaction. There are people from various professions who hand there, ranging from people in the design and music industries to lawyers and office workers. One thing they all have in common is that everyone who eventually participates in my projects, like my work.
Let’s talk about some specific projects of yours. One of the most intriguing is, again, the Flesh Love All series which we already mentioned. It seems that the location in this series is not less significant than the human subjects, and just as the subjects, the landscape around them is vacuum-packed as well. Take us through the logistical challenges of literally wrapping a whole house in a vacuum-pack, – how do you manage to do that?
In the Flesh Love All series, the place as the background is regarded as a place outside of the subject. It’s natural for lovers and families to love each other. This series is a visualisation that assumes that directing this love to the neighbours and the outside world, is a form of love that goes one step further.
It may provoke some odd reactions from your models, no? Did you ever encounter someone who broke at a certain point, saying something like, “We’ve had enough of this! Cancel the whole thing. We don’t want to do that,” or remarks of the sort? What do you do in moments like these, after investing so much time and effort in the process?
It seems that people’s like and dislike of my works are clearly separated. When I first present the subject with their participation in my work, I will immediately know what they like or dislike about the project, so it will not be misleading later. 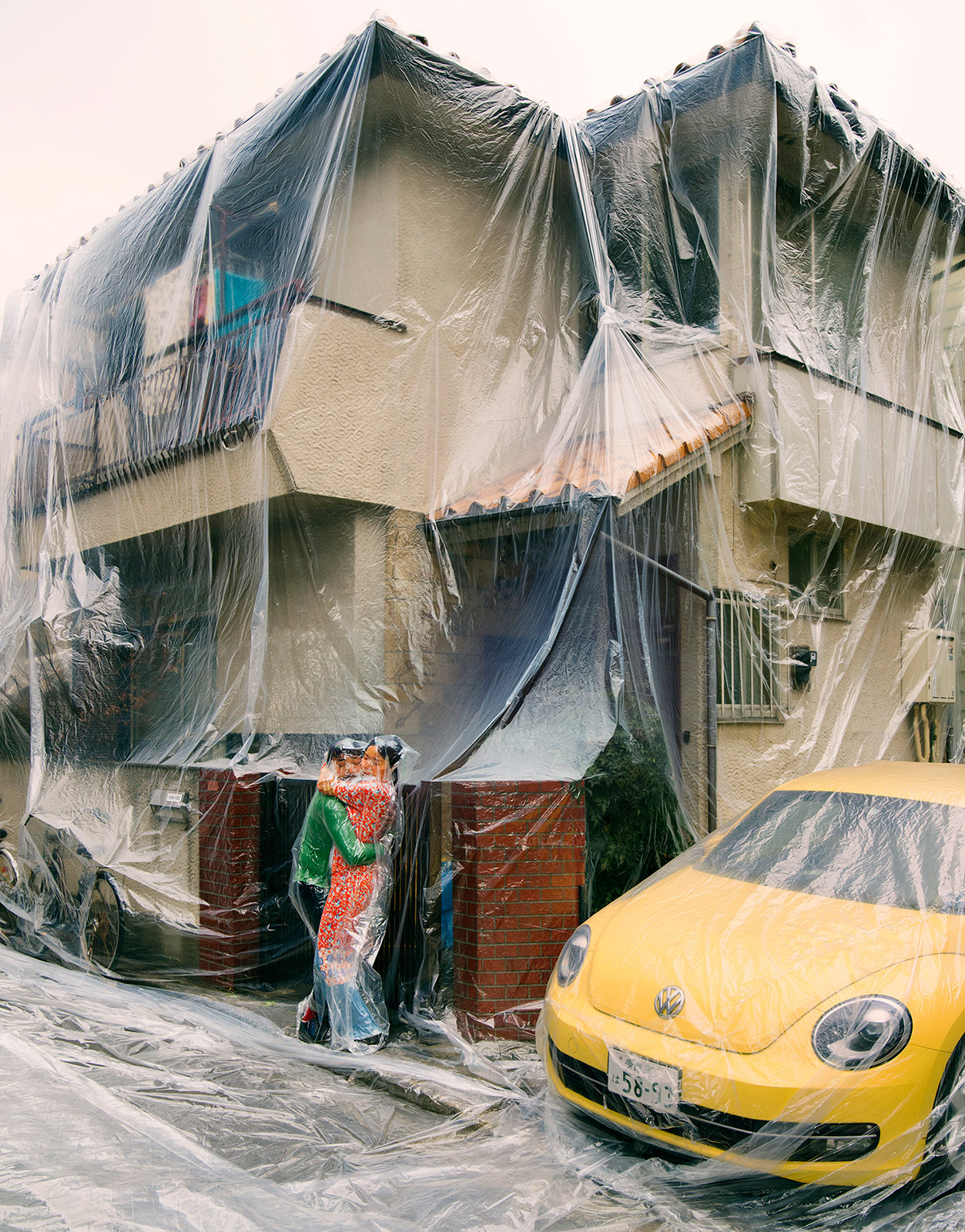 Another very intriguing project is Zatsuran, where you again pack couples in a vacuum-sealed package, but this time with beloved objects from their daily life. How would you describe the connection most of us have to objects, and how does this ‘material’ love affect our ‘spiritual’ love, in your opinion?
I think that Flesh Love All is a work that is conscious of the future. On the other hand, I think Zatsuran represents the past. Zatsuran is a collection of things they love, which has been collected during the subject's life. And the couple and their loving things are mixed and become one existence. This is a form of love that has been transformed into one, involving their individuality and past.
It seems like in the type of projects you do, a series can take a while to be completed. Take us through your process when creating a series, in terms of timing. How much time passes from the moment you decide on a topic until you feel it is completed? Is there a specific checklist or number of photos that you know you need to have for the series to be ready? Or does it evolve as you go? How do you know when to stop?
I always carry my camera with me and take pictures of what I care about. Often, I find ideas amid the process. Based on that, we repeat tests, make it into work, and release it when it accumulates to some extent. None of the projects have been completed, but because I'm focused on the latest work I do, I often put less attention on the other works.
You’ve observed so many couples who exposed themselves to you and your camera. How did your subjects affect your personal point of view about love over the years?
I have been in contact with couples for many years, and with the Flesh Love All series, I think I've come close to becoming one, although I don't believe it's a complete one. The feelings of love will change. There may be no eternal love guaranteed, as long as humans are alive. 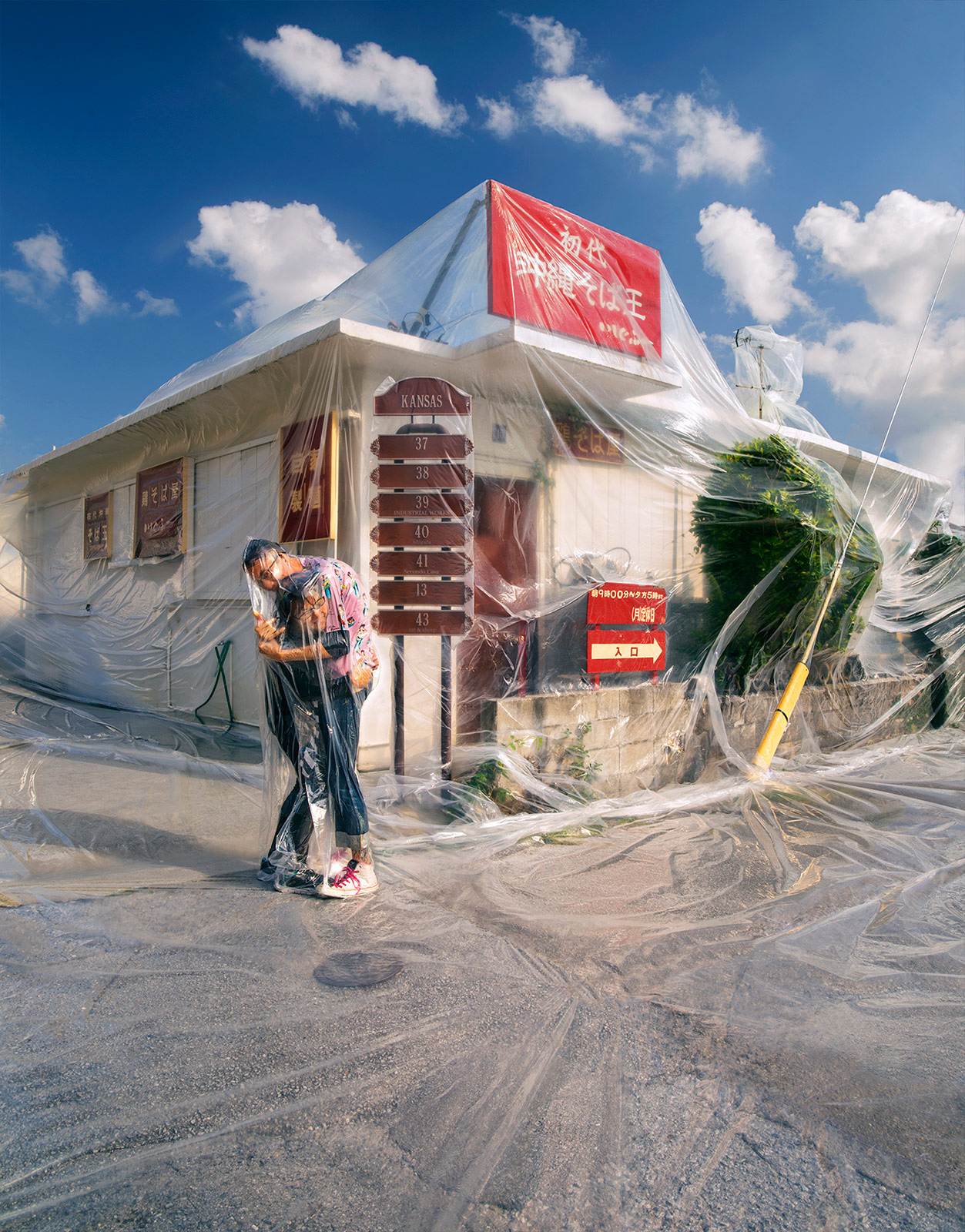 Being so intrigued by love, intimacy and relationships, and constantly looking to capture this in other people’s lives, what role did it all play in your personal intimate relationships? Do you have a person with whom you share your love?
In my real life, I feel more motivated to create when things go wrong and are swayed. I got married three years ago and now I am living a fulfilling life, so I had to change the way I approached my work. For example, I am now doing a project with my wife as the subject.
You have travelled and photographed people from all over the world, from diverse cultures, and you did it especially under the prism of love. What differences have you found in people’s approach to love, in various parts of the world?
Surprisingly, there are various cultures and ways of thinking in the world, but I found that love is universal.
And let’s finish with the ultimate question. What is love?
It will take some time to answer that. 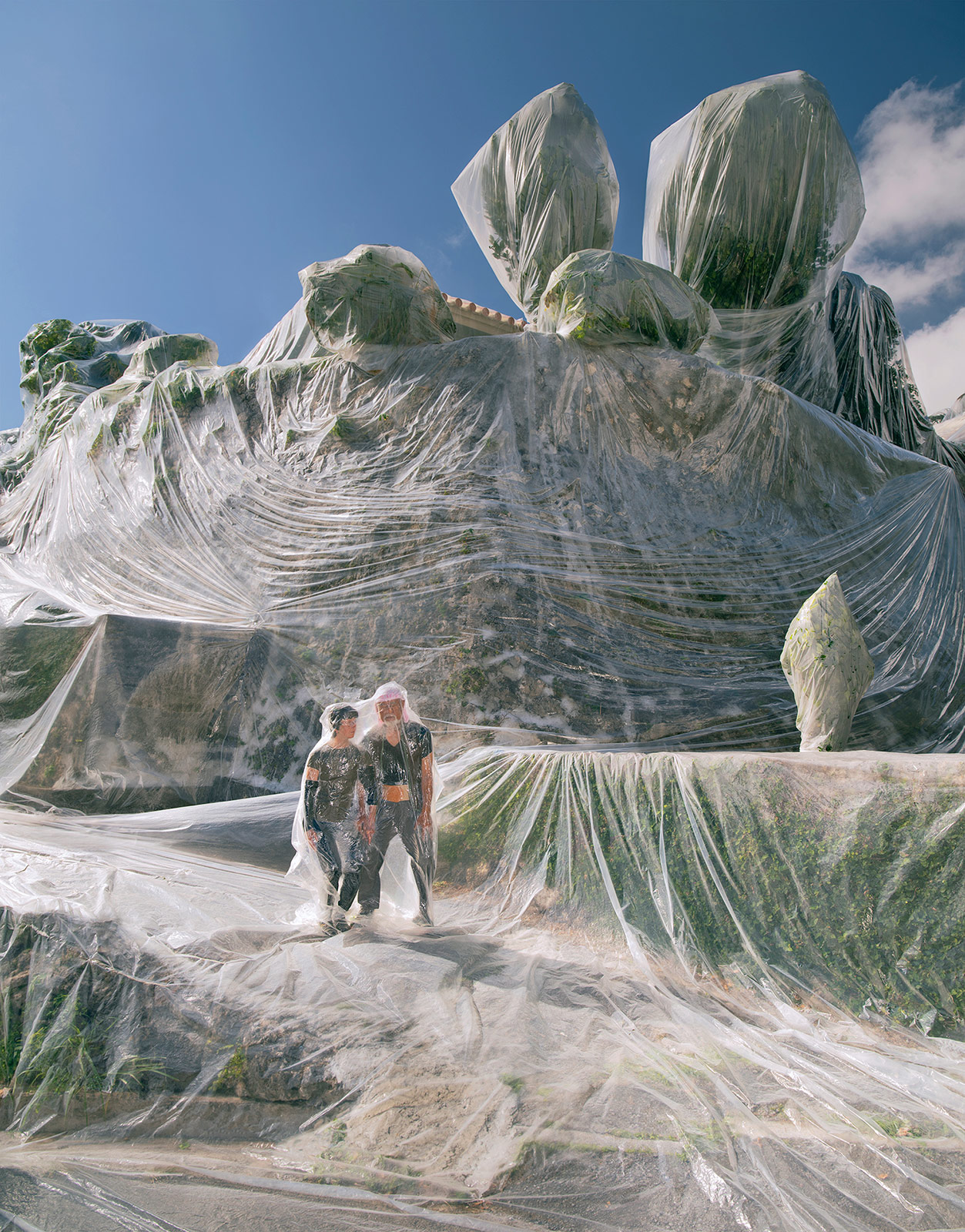 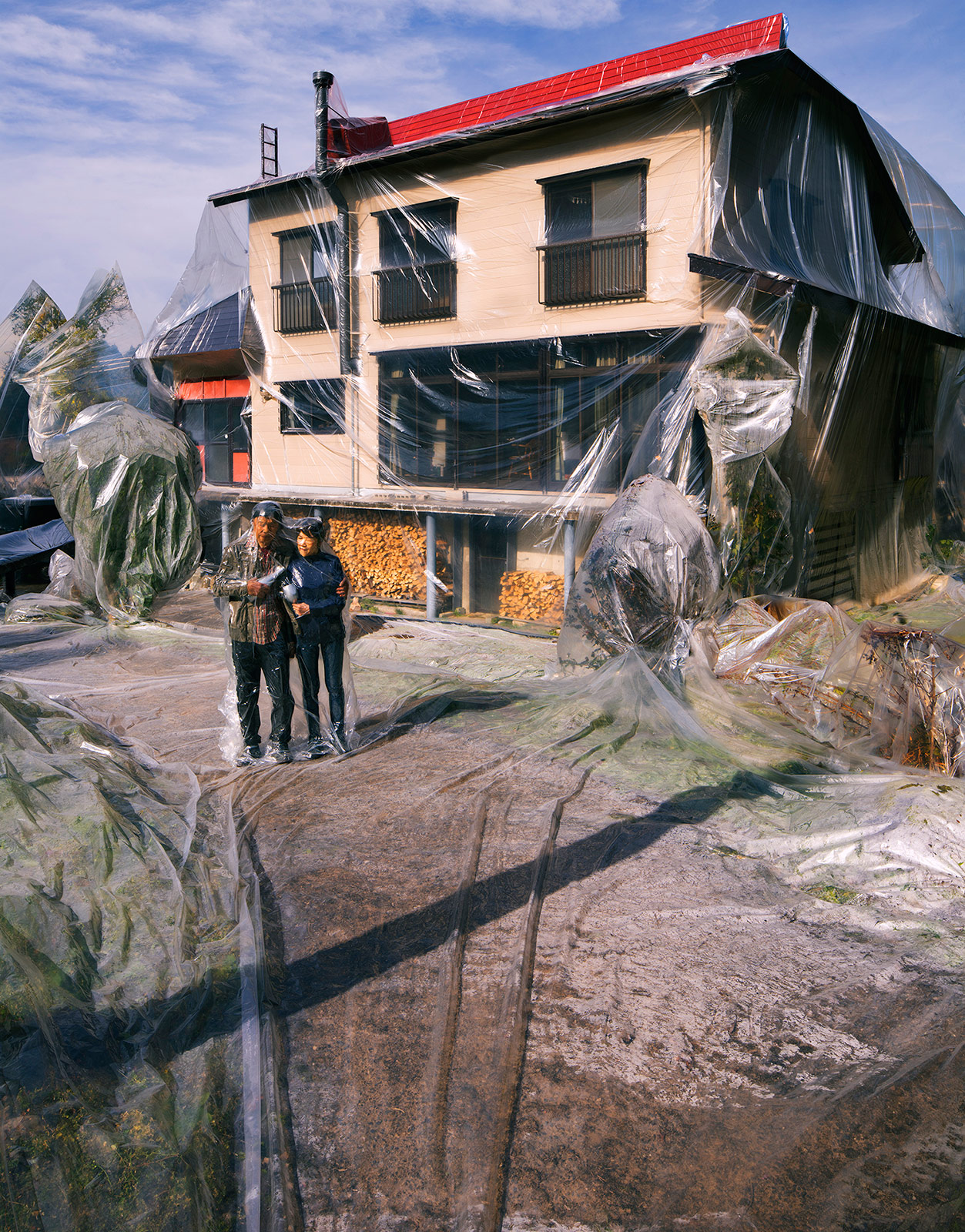 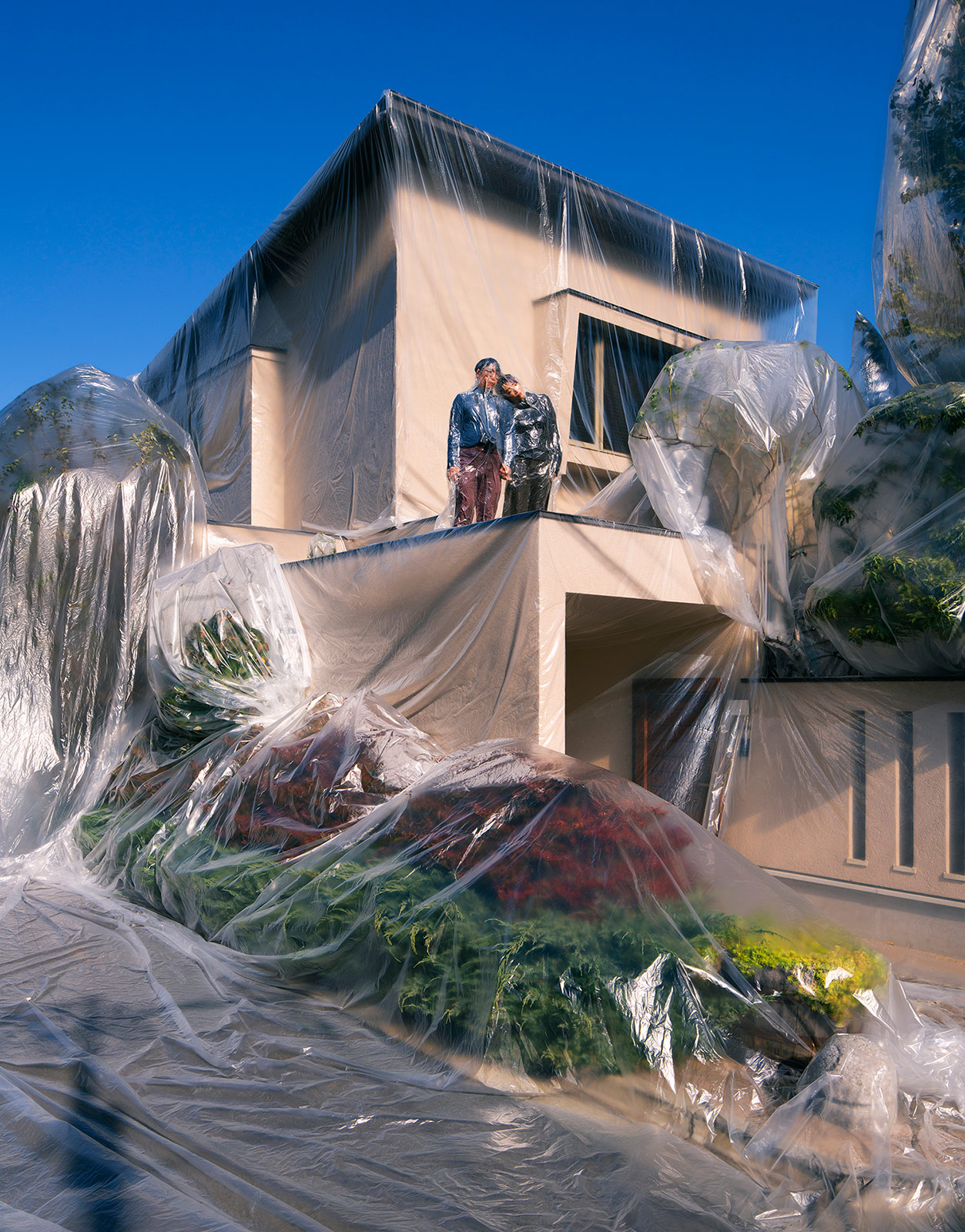 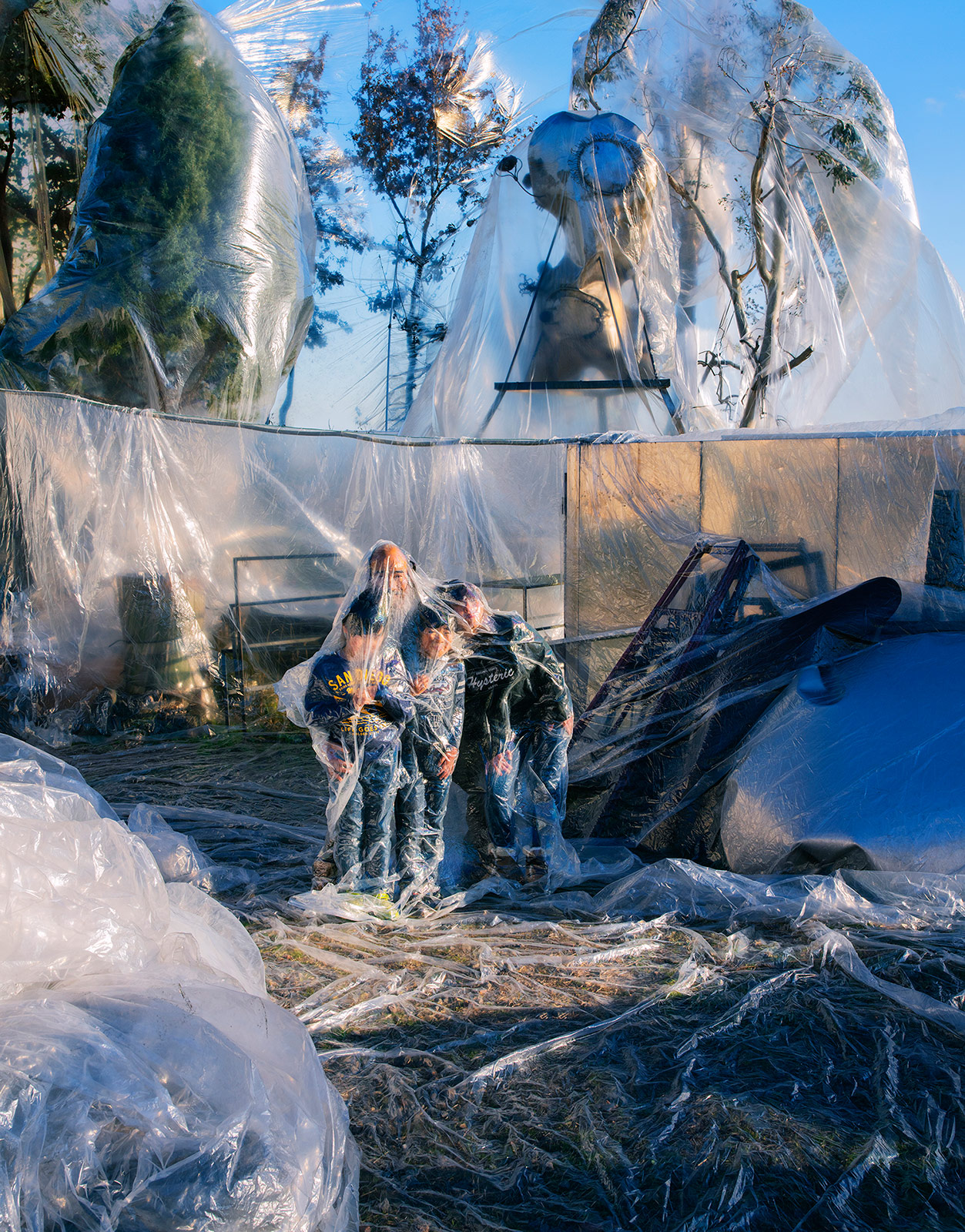 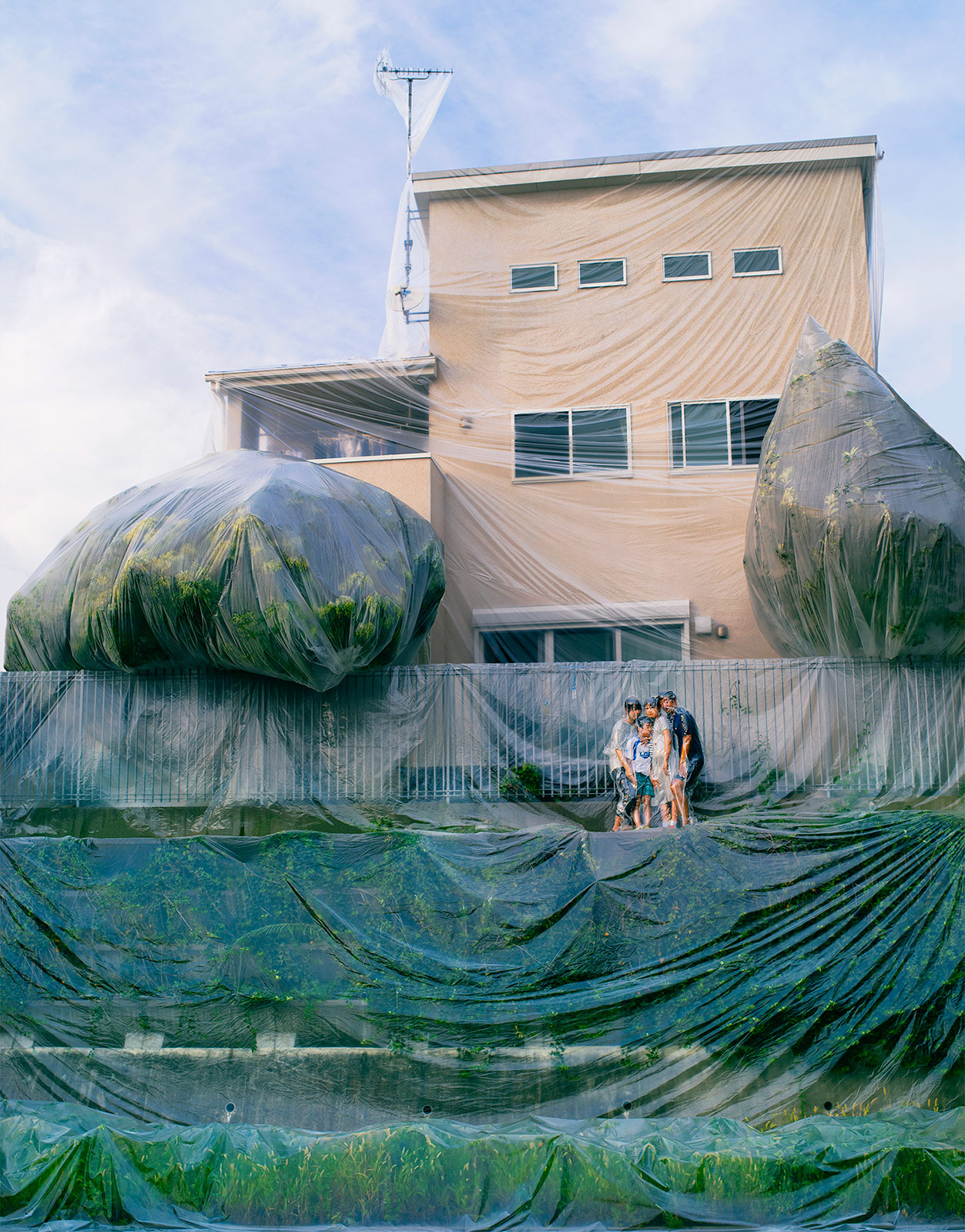