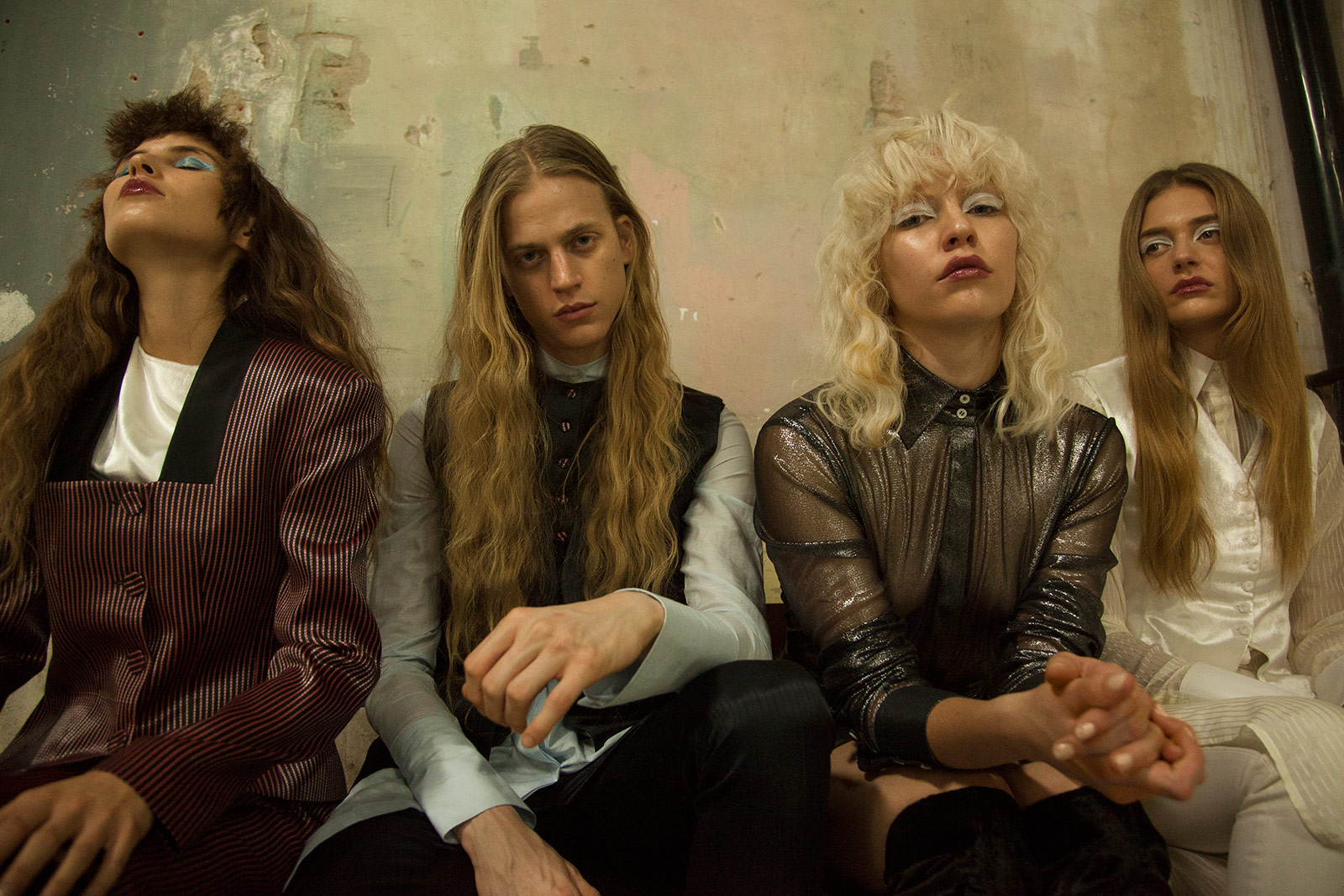 Turkish-born, London-based designer Pelin Isildak is using hope, optimism and honesty to push the boundaries of authority, not only within the fashion industry but also in the world in general. After completing a BA in Fashion and Textiles in Istanbul, the designer moved to London to keep studying in an environment that promotes individuality rather than suppress it. Being from a place that builds boundaries between people, Isildak has always been intrigued by dress codes and uniformity. Throughout her collections, she aims to fight these entities of power and push ourselves to be our own authorities.
Tell me a little about your background and how that led you to study at the London College of Fashion.
I’m from Istanbul and I have always dreamt of moving to London. I’ve always been interested in the city’s appreciation for craftsmanship and heritage. It is a really open and critical place where you can be yourself and be judged by the quality of your work. I had already been working in the industry for five years with local and internationally acclaimed designers in various fields after graduating from my BA in Fashion and Textiles in Istanbul. I felt that it was the right time for me to feel fresh and build on my experience doing my Master’s Degree and pursue my goals.
The main goal you want to achieve through your clothes is to question authority and hierarchies. Does this have something to do with you being from Turkey? Or are you just a natural-born rebel, no matter what?
The rule applies to all humankind, really. The status quo has been more or less the same everywhere for centuries. No matter where we live, we witness the same cycle of systems. I think of it all in a broader sense. I believe being intrigued by the dress codes and the meaning they bring to the wearer comes naturally to me.
It is interesting how we define our roles in society by sorts of uniforms that the authority once set up. I try to deal with personas and their uniforms within the hierarchies of societies in my work. I aim to break a moral rule by playing with dress codes and shifting their reflection on us. Although I might be naturally more aware of the impositions upon us, being from Istanbul – and what we have been through in the last decade – pushes me to question its core.
How are the hierarchies back home different from those you’ve experienced now that you are based in London?
In London, I feel individuality is more valuable; there is always progression. It is, unfortunately, the opposite in Istanbul these days, as the system gets more and more oppressive and shuts voices down. That creates strict boundaries between people. Here, you can be critical and experimental. I find it refreshing. 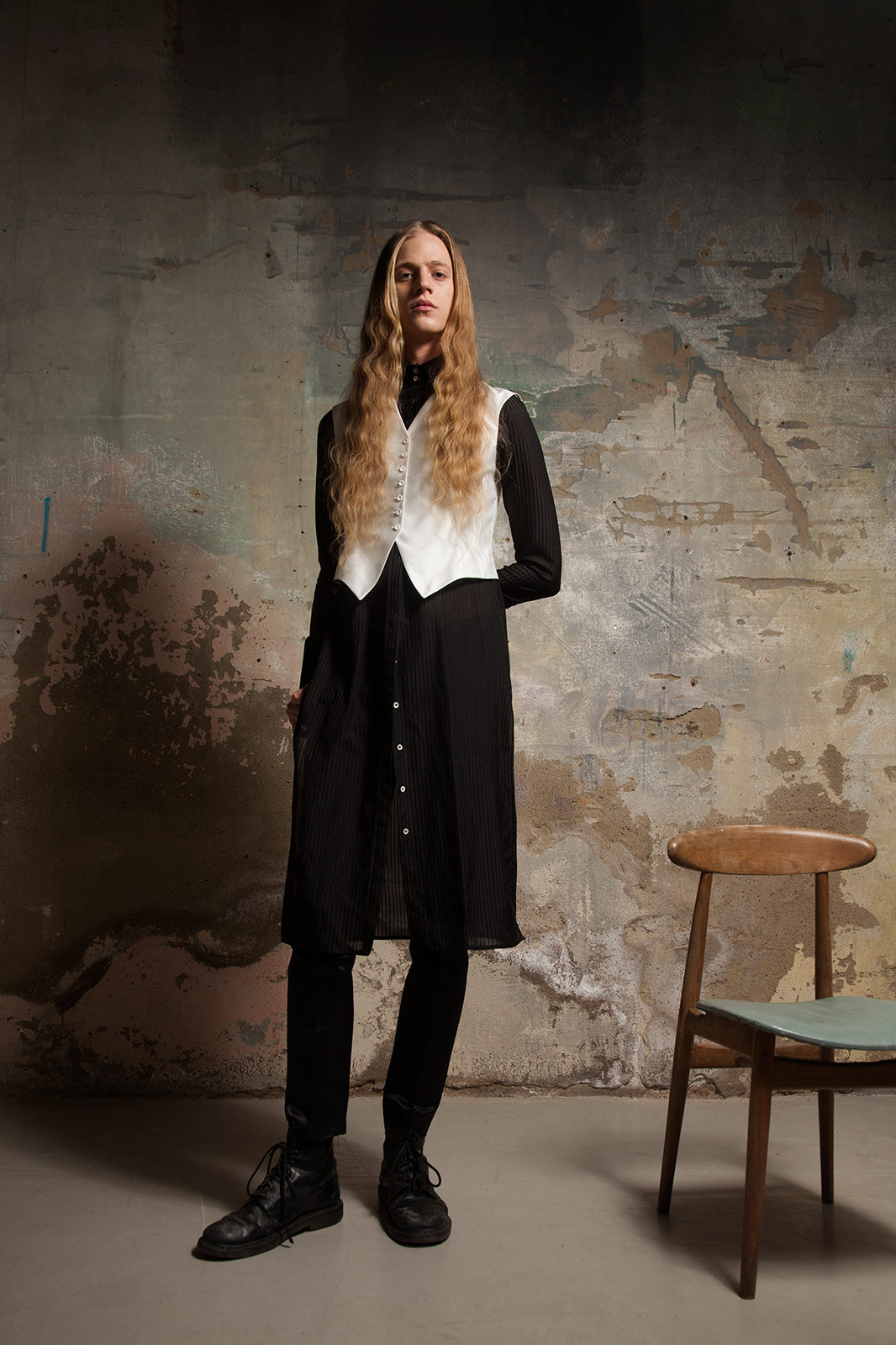 If the primary focus is rejecting authority, why did you choose to use uniforms – something that precisely embodies authority and power?
I believe that you can only question something within its origin. I am looking for the familiar, the traditional sense to point out the obvious. I think the familiarity allows us to connect, to recognise what is common. I don't necessarily reject authority; I just simply believe that we could be our own authority, determining our own roles within society by playing with the codes given.
Has your experience within the industry changed your perception of authorities and hierarchies or is it just better concealed?
All things have to proceed in a certain way to exist in the industry and have their own hierarchies, as there are predefined accepted rules such as working with PRs and sales. However, I hope they can be breakable or at least bendable for the emerging designers as it is really difficult to produce your vision according to these rules at times.
You’ve recently fallen victim to a ‘higher entity’ in fashion, someone trying to take advantage of your graduate collection and coming to you in different forms of someone with a position in the industry (a buyer, a producer, etc.). How and when did you realise that you were being taken advantage of?
Well, yes, I have been scammed with a fake order that appeared to be from a widely known international department store for my graduate collection. It turned out that the people were impersonating existing industry profiles, acting as buyers, production facilities, and the store itself by using various profiles. They even sent first production samples of the garments finished to detail by my instructions. I was suspicious from the beginning but even my industry contacts, who had been in the business for years, believed the order to be real after seeing the contracts.
I later found out that it was an extremely elaborate fraud with the help of London College of Fashion, as they had put me in contact with the Department of Trade UK to even further my opportunities in the international market. At this point, we all realised that the order was not actually coming from the real department store after checking with their teams. 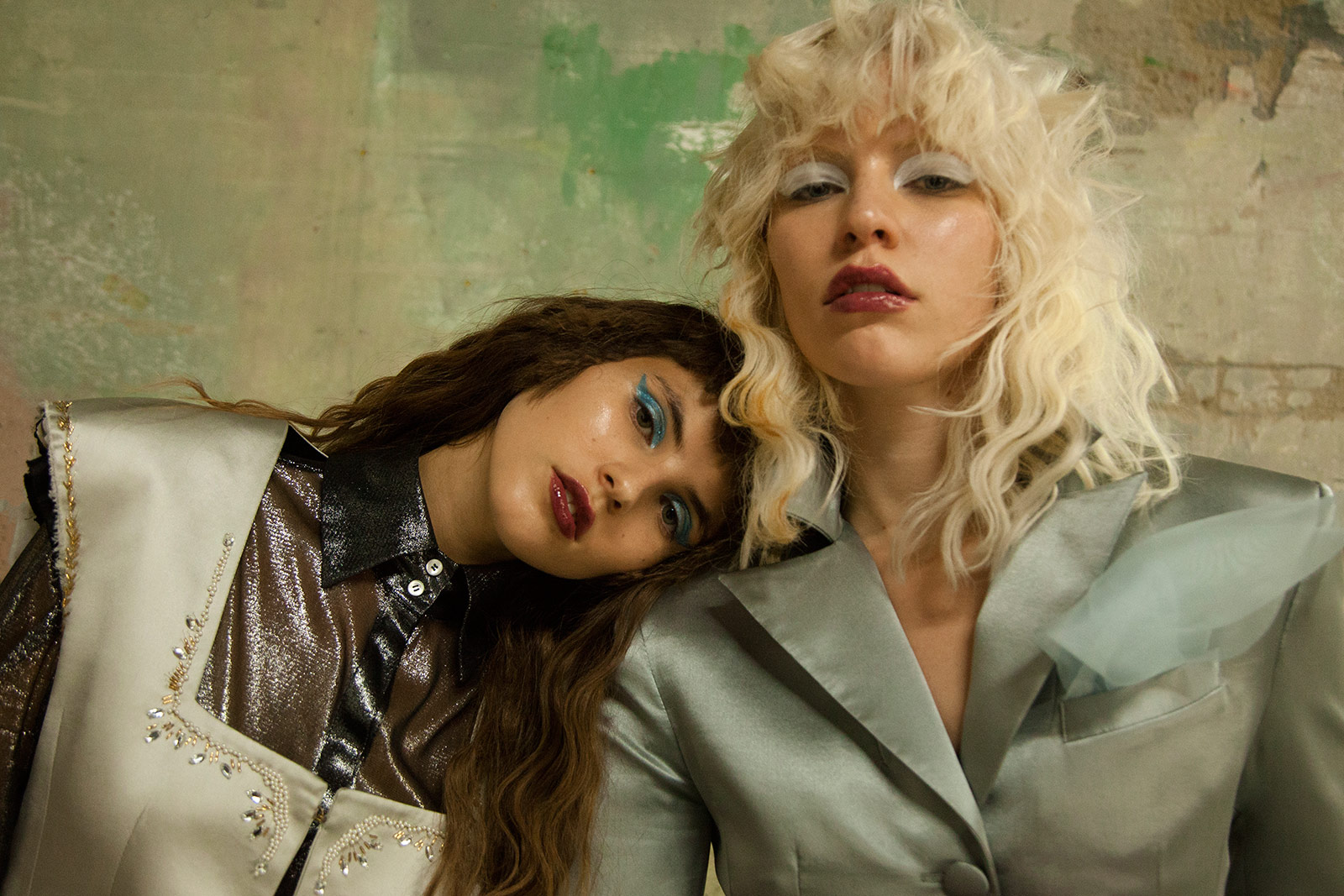 How has this changed your perception of the industry and their genuine interest in helping emerging designers?
I realised that many other emerging designers were scammed the same way by the same people, which is heart-breaking. Although these scams have been happening in many other industries in different ways, emerging designers hope to find a chance to break out in fashion in particular. Hope is necessary to fight and dream but what happened made me realise that it also creates an illusion and it is easy to lose the sense of reality. I still do believe that genuine interest exists but one has to be even more aware of the dark side. Fashion is a hard business model and you need all the support you can get from the industry to figure it out.
Has this encounter made you a bit cynical, or as you mentioned, enjoy the irony of the situation?
It definitely made me more cynical but I started enjoying the irony of it because, as a designer, I am intrigued by these matters of identity. I did a collection of the many public personas of Erik Satie in which I examined his pursuit of identity; also, another one where I sought out to question the roots of identity, the familiarisation of codes of the noble and the common. What happened was first-hand experience to encounter shifting personas.
And how can we see this story develop in your latest collection, called The Famous Imposters?
I dove more into the concept of impostors and their power tricks. At a time where being extrovert is being pushed more and more within social media culture, I think the act of pretending had never been this accepted before. While working on the collection, I came across a book by Bram Stoker, The Famous Impostors, which also named the collection.
The publication is about pretenders of all kinds who have masqueraded in order to acquire wealth, position, fame or simply for the love of the art. The story eventually became the tale of the people who impersonate various personas in order to achieve power and rise higher up in their hierarchical societies. 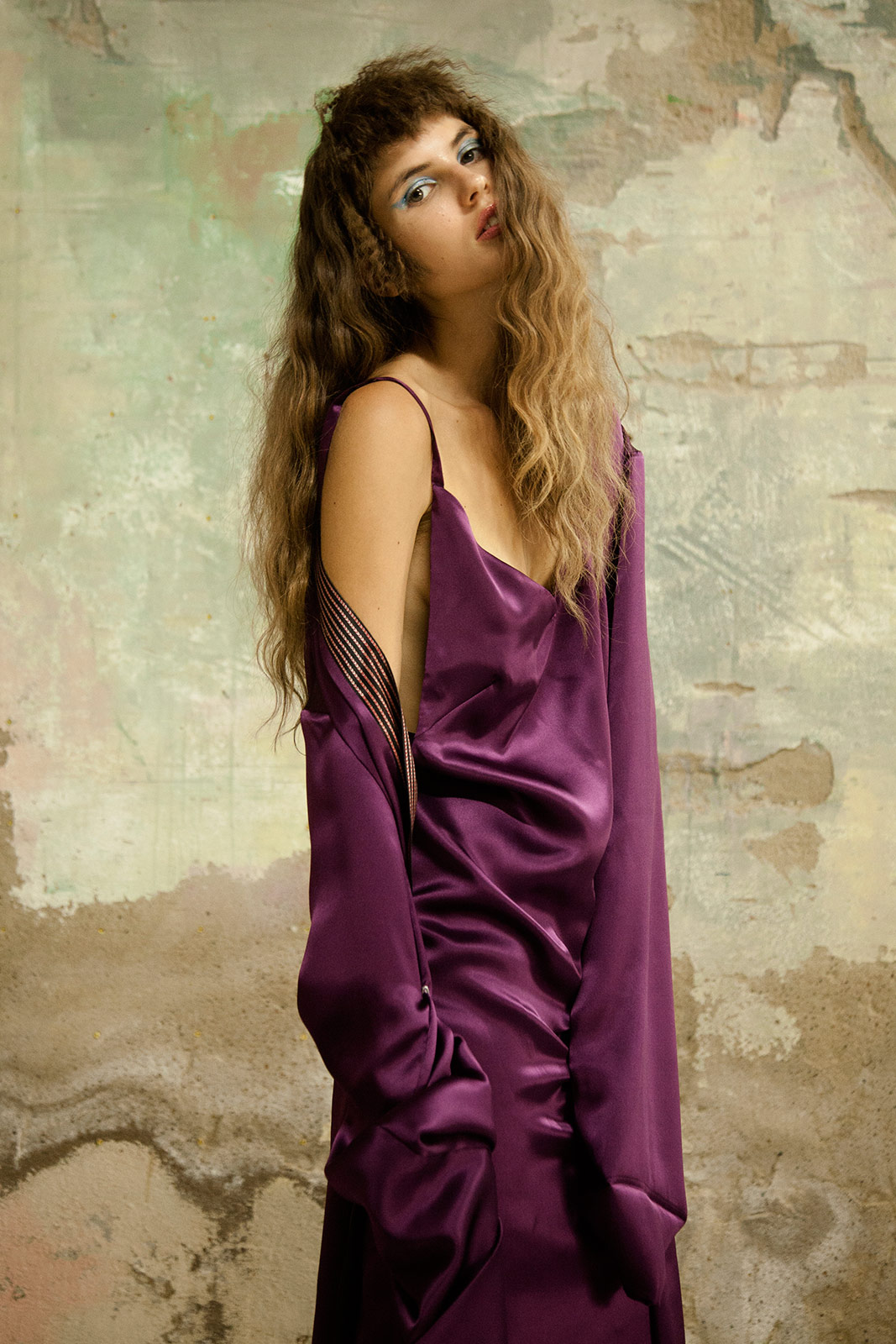 On to a more positive topic, how did you meet photographer Wanda Martin and when does your creative journey begin?
We met during our studies at London College of Fashion. First, I became interested in her work and offered to collaborate on a short fashion film for my Spring/Summer 2016 project, mainly because I believed that there might be a beneficial clash of our visions after seeing her work. We clicked immediately and became close friends; we enjoyed working together a lot.
This isn’t the first project you’ve done together. I know how hard it is for a designer to entrust someone else with his/her vision. How do you let go and put your work in the hands of another?
We continued collaborating on my graduate work and this new collection. We both are intrigued by identities and subcultures in our own way, which leaves place to brainstorming. It is always exciting to work with her as we trust each other more and more and we push each other to do more beyond our financial obstacles. I think that as a designer it helps you to do your part and define the story, and then let the other eye capture what’s out there in the common perspective.
Where do you go from here?
I am looking forward to working and collaborating with brands to support myself and build on my practice. Also, I will be presenting this collection at Tbilisi Fashion Week’s Showroom in May and I am hoping to continue working on new pieces in the meantime. 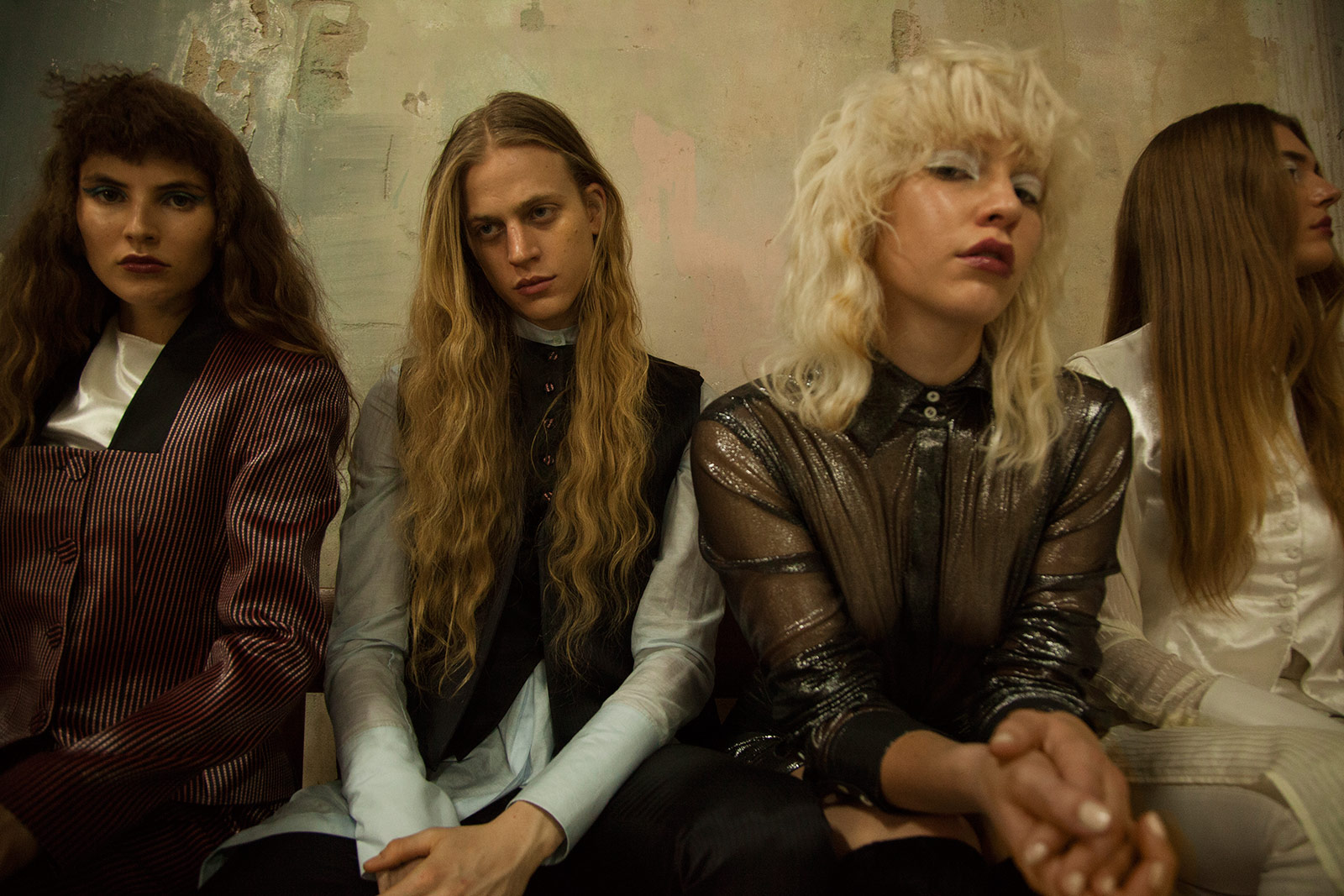 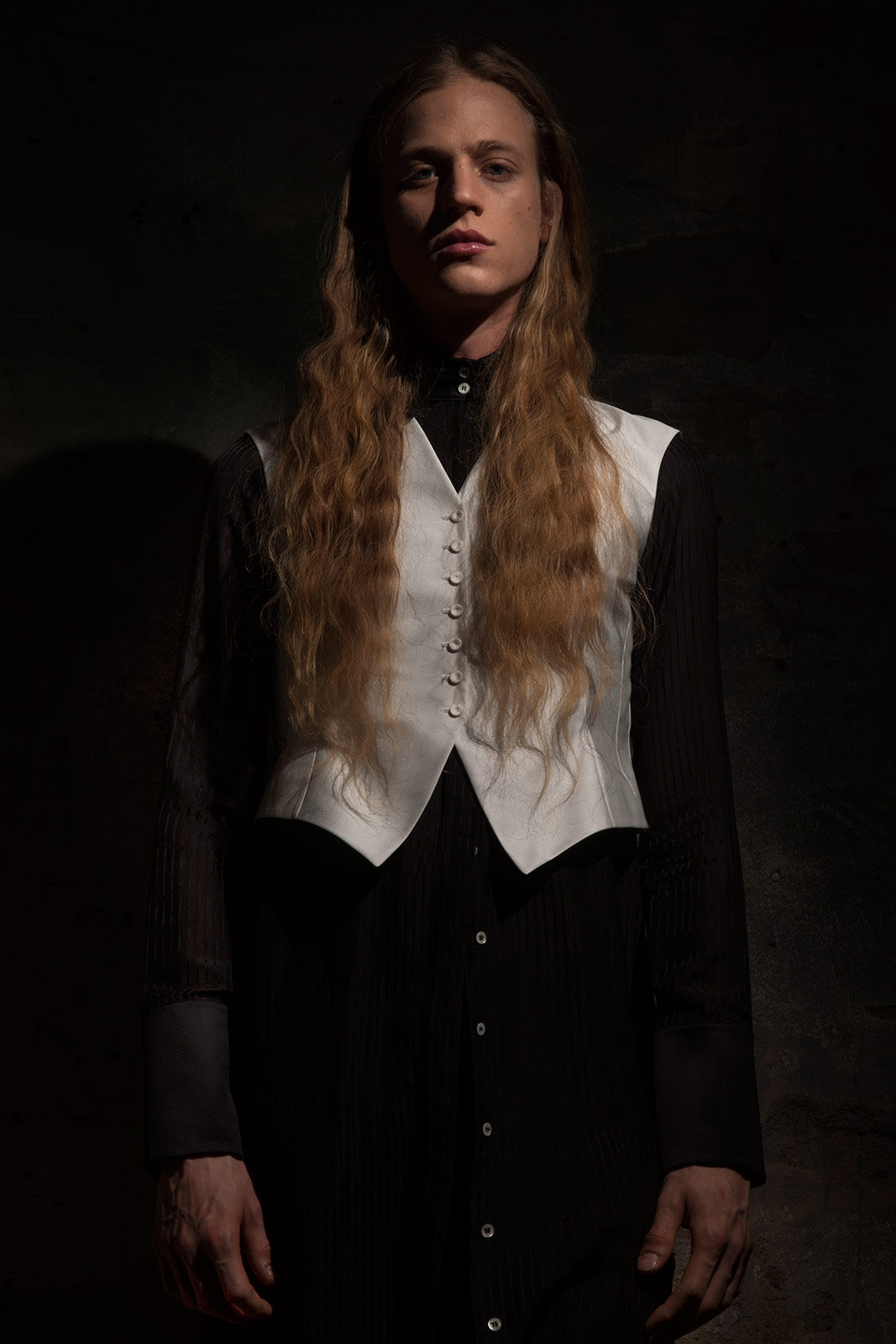 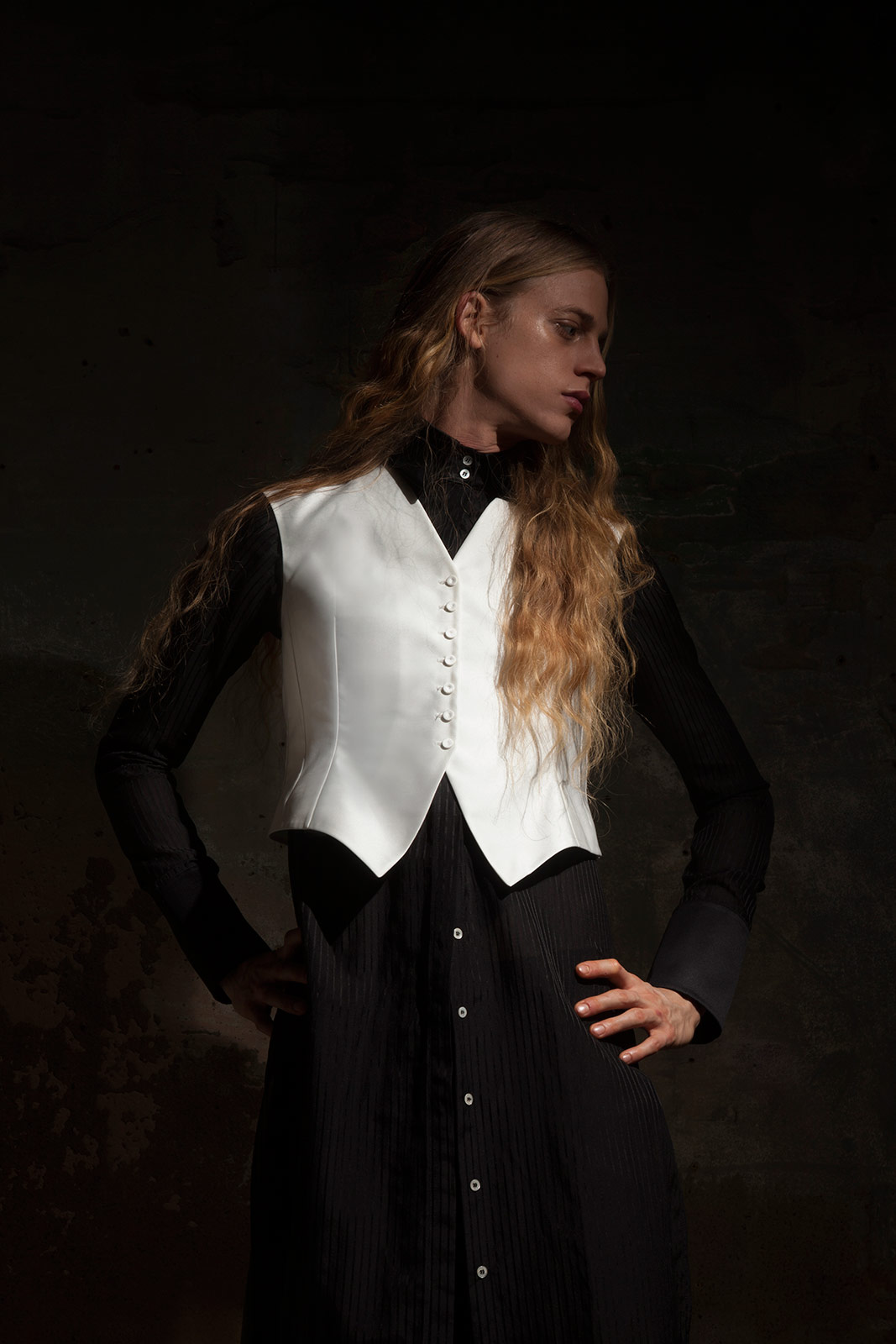 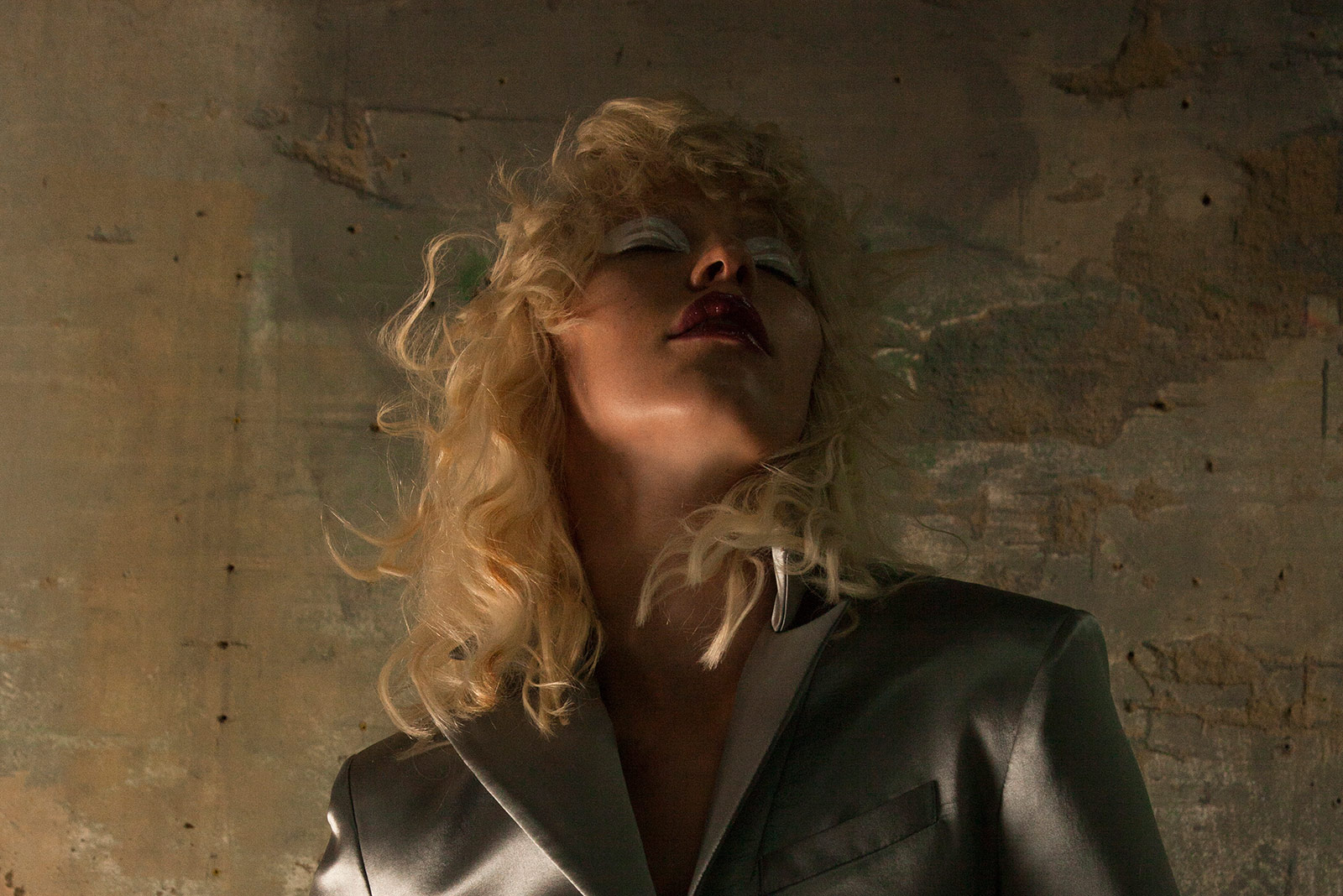 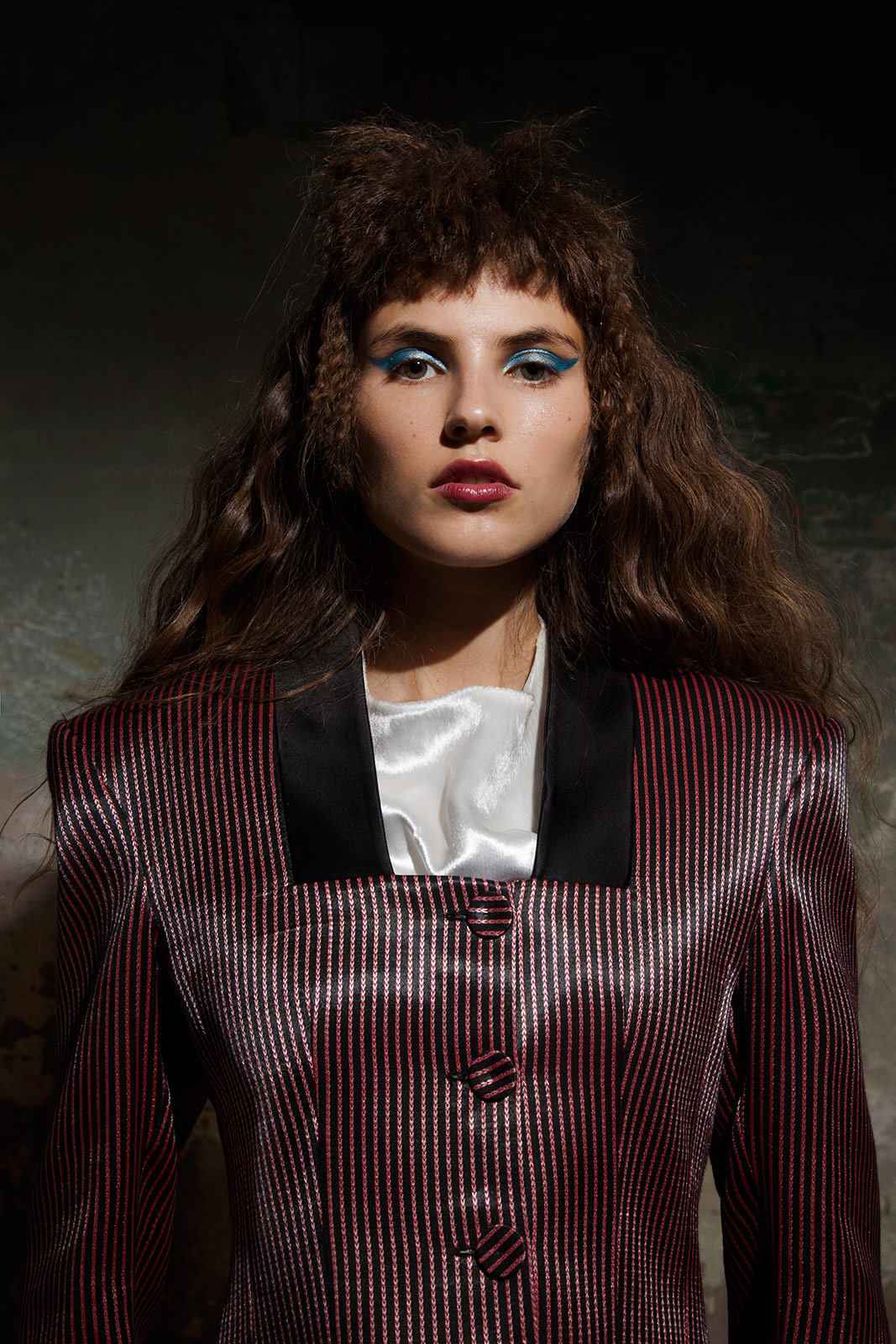 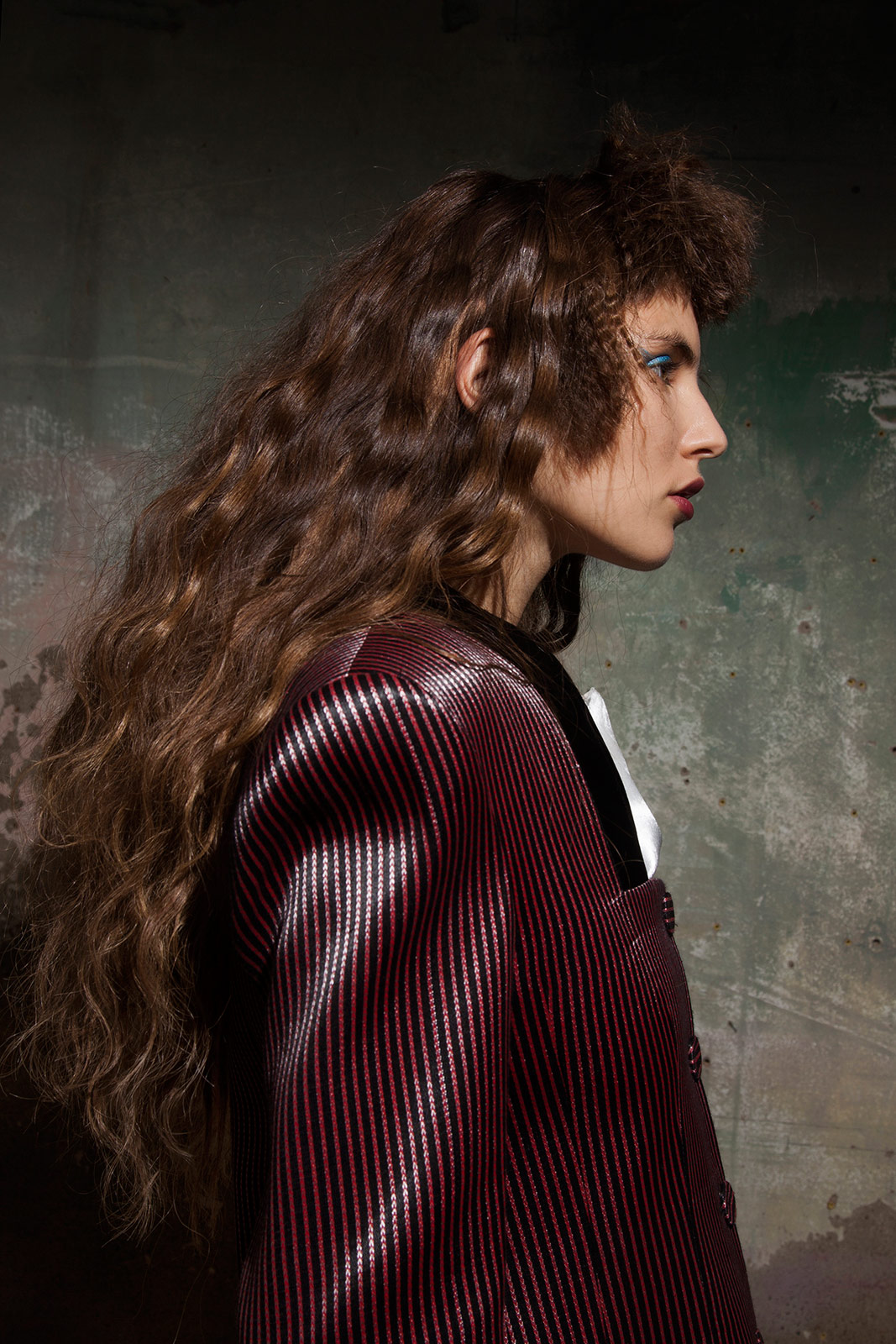 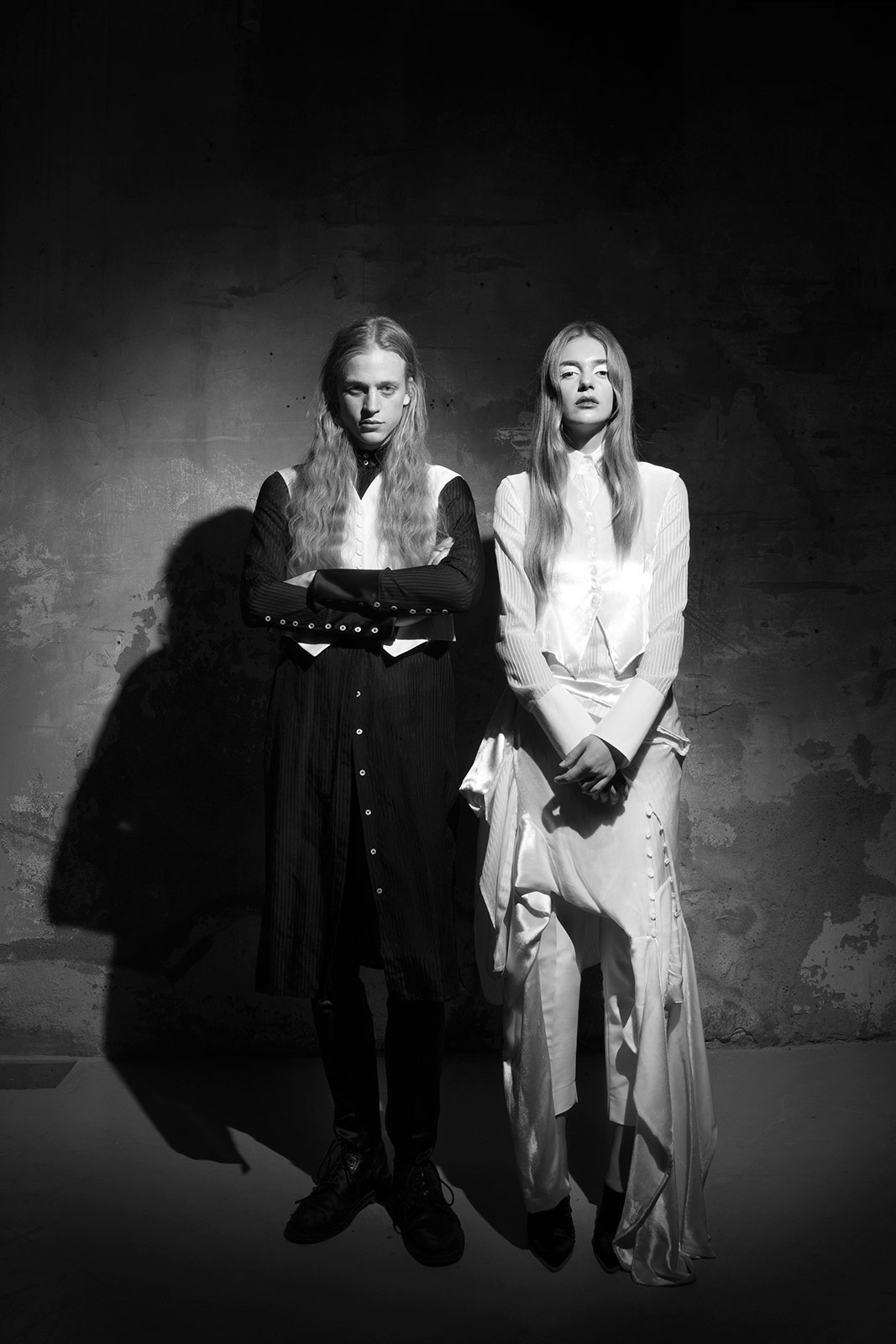 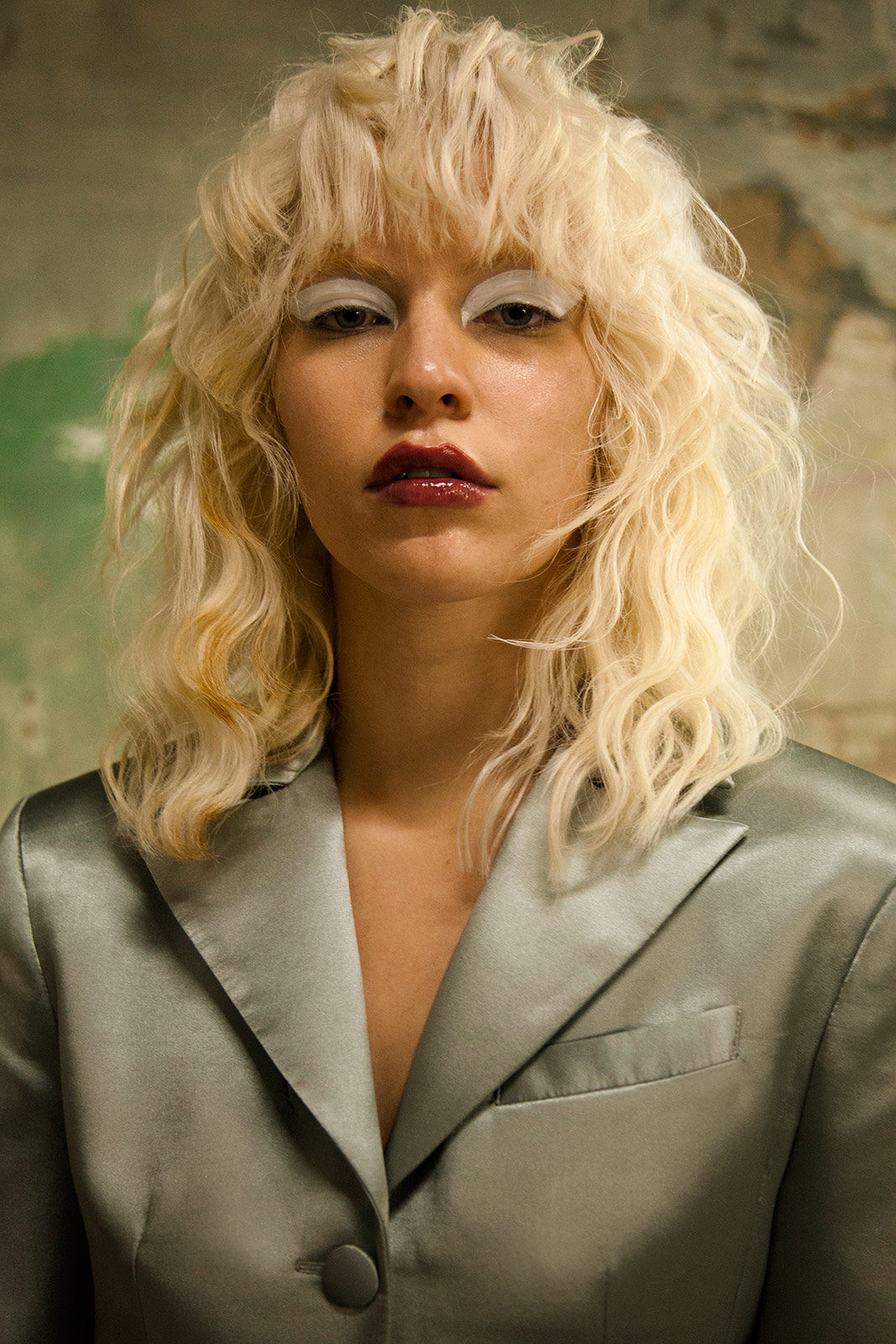 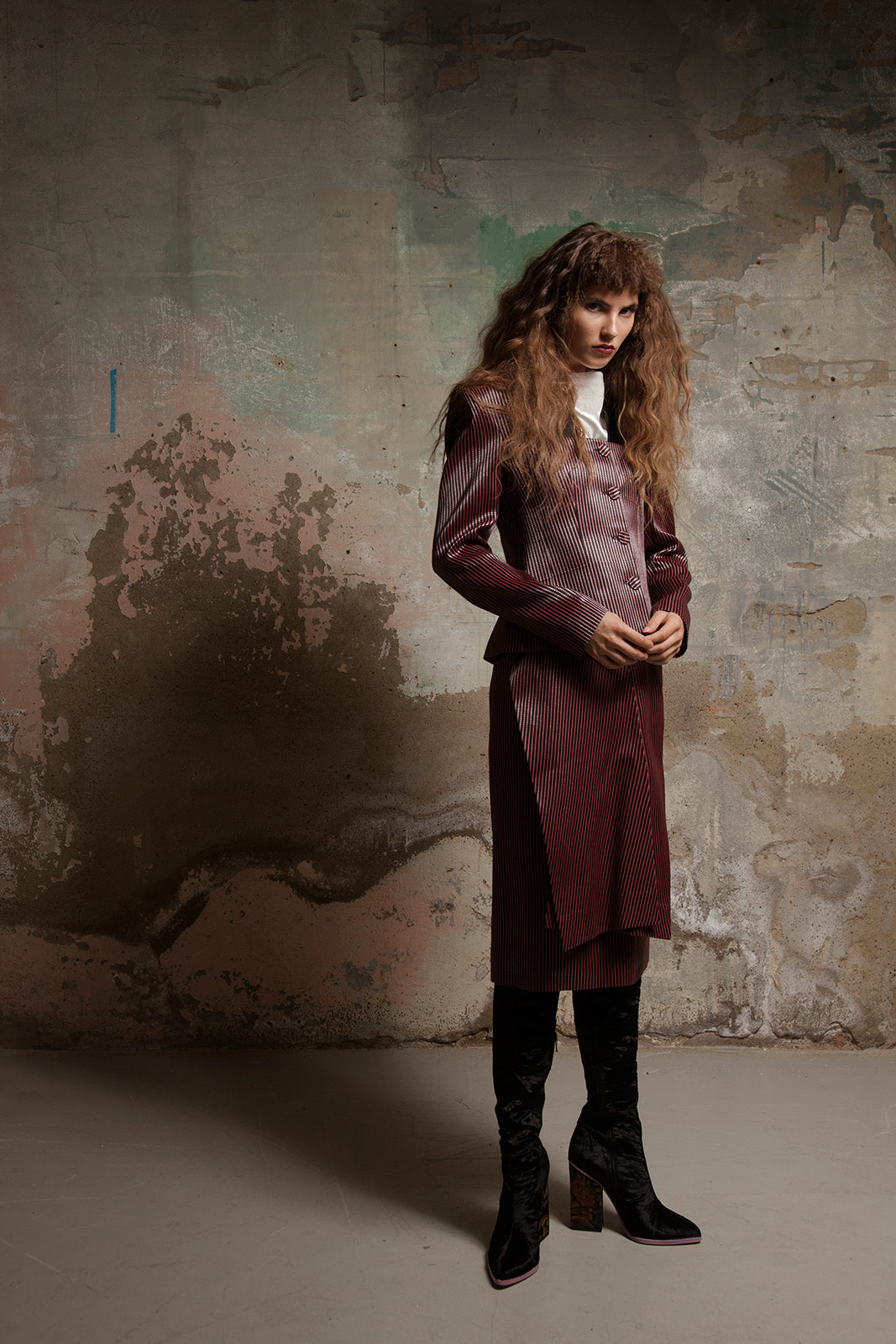 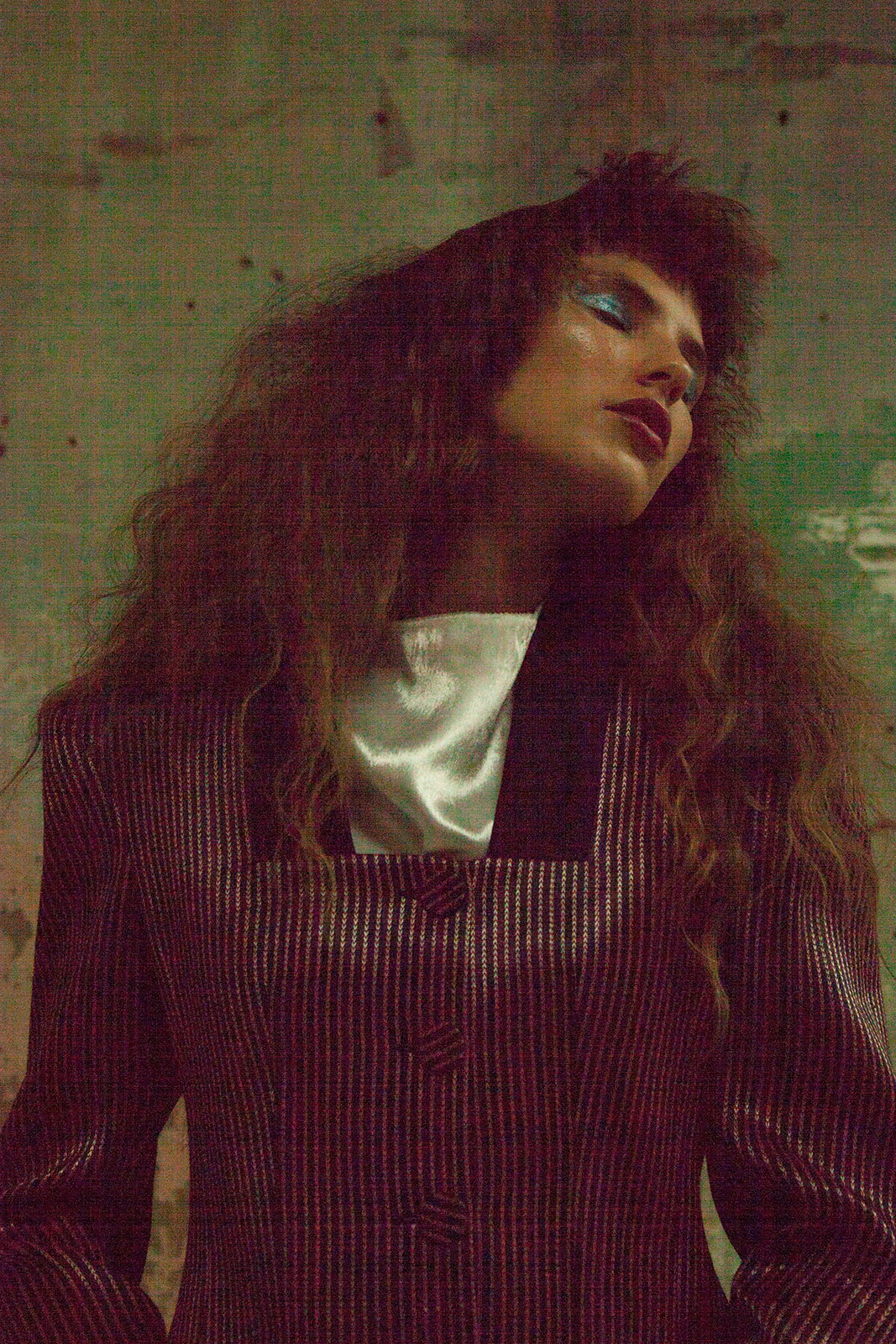 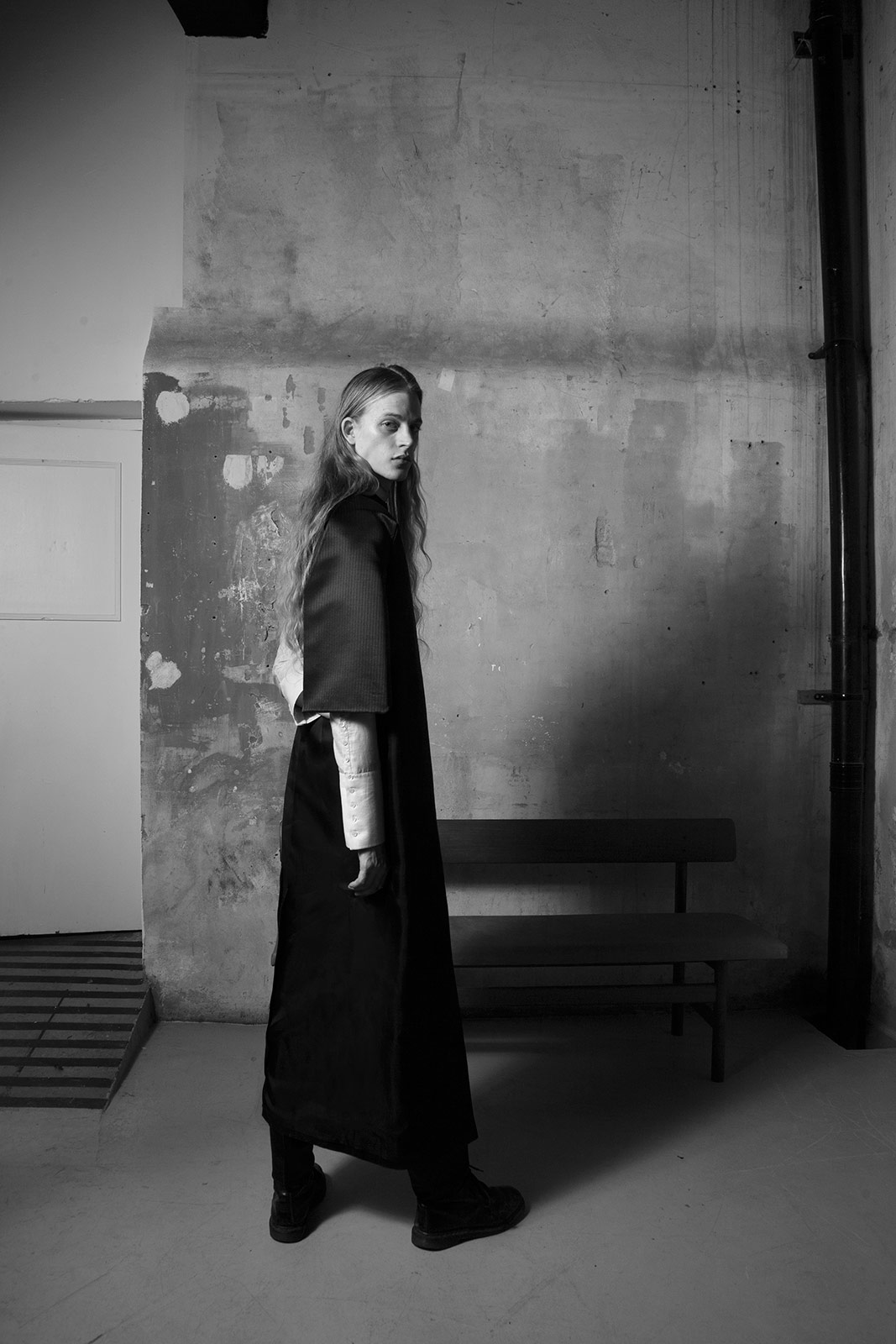 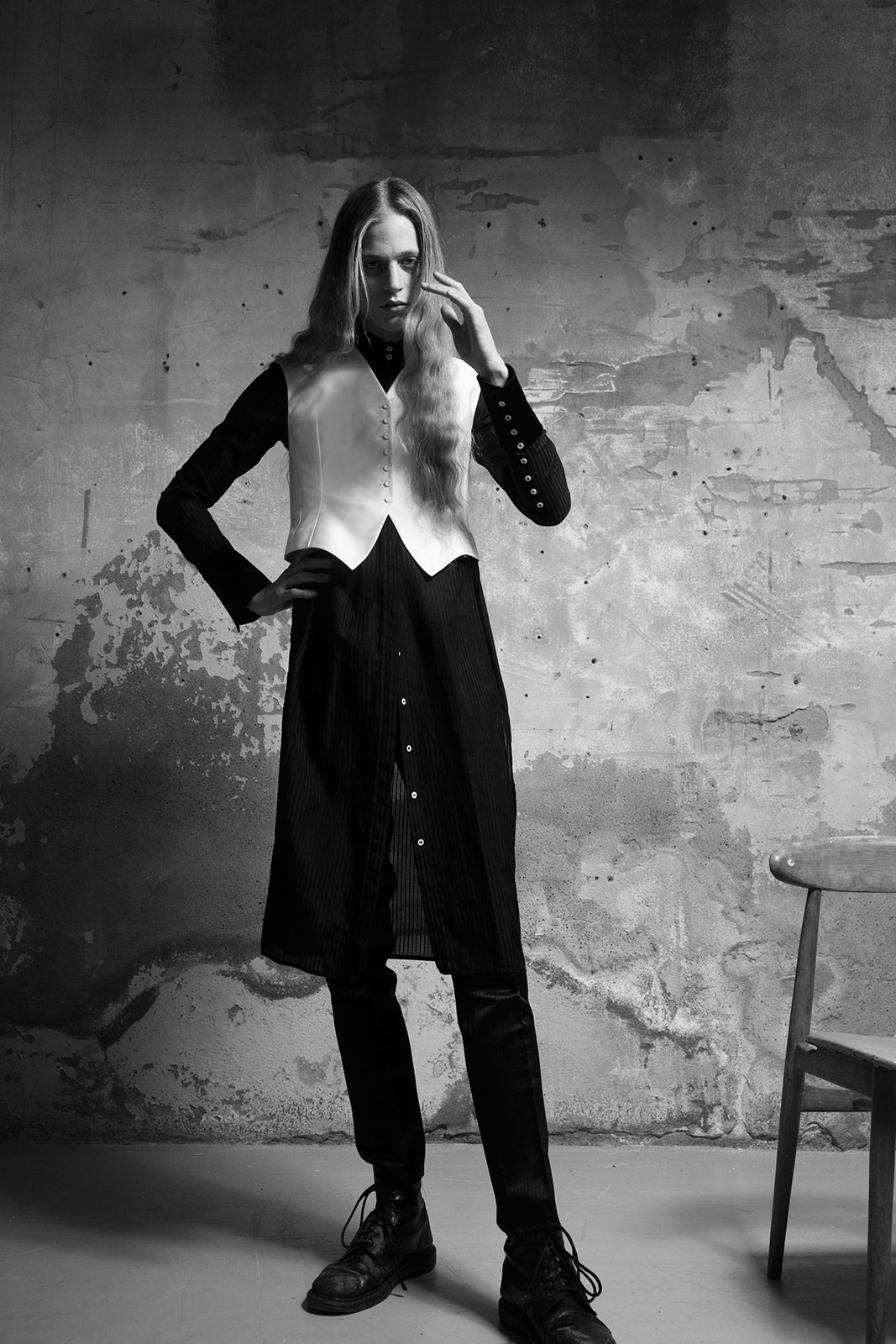 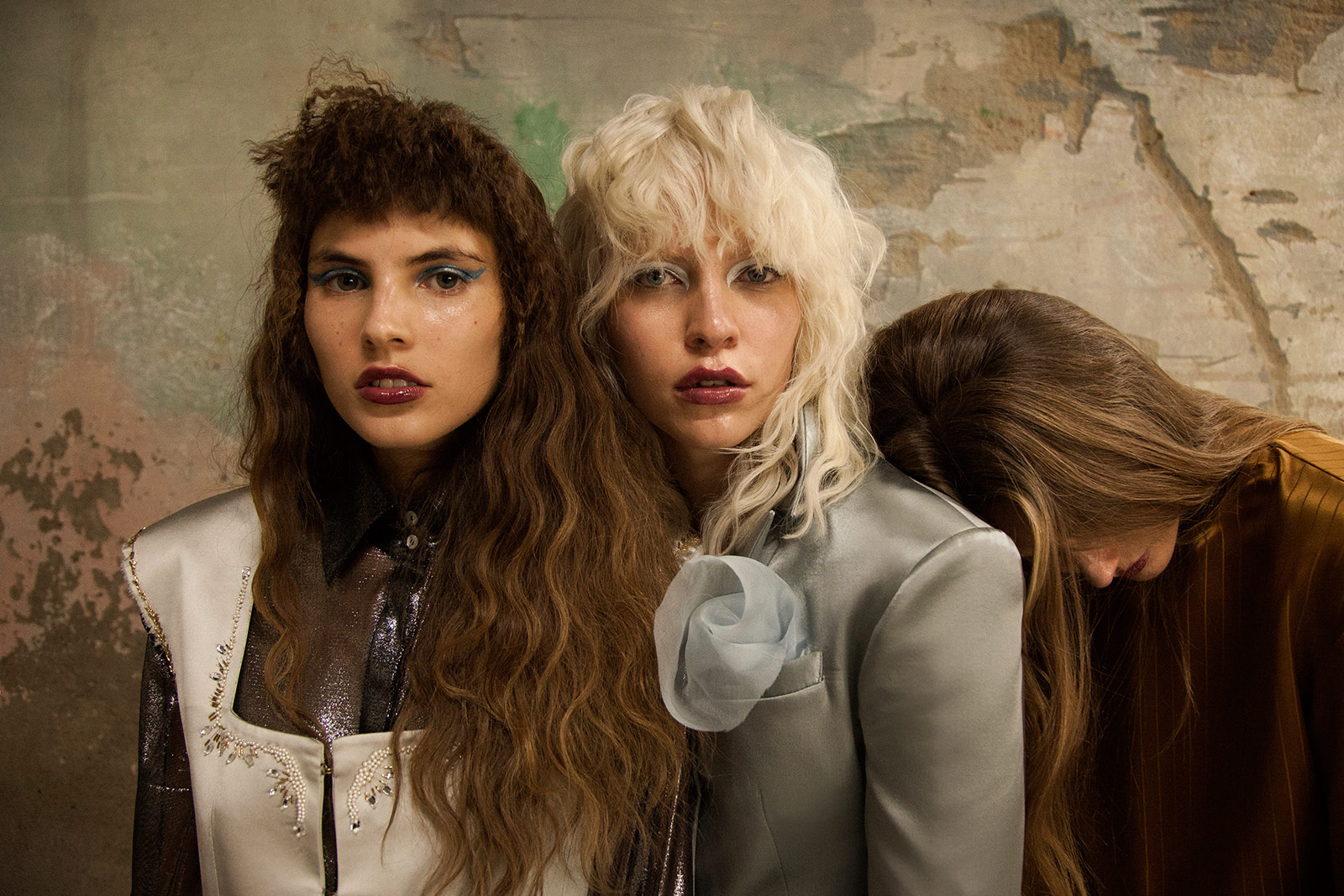 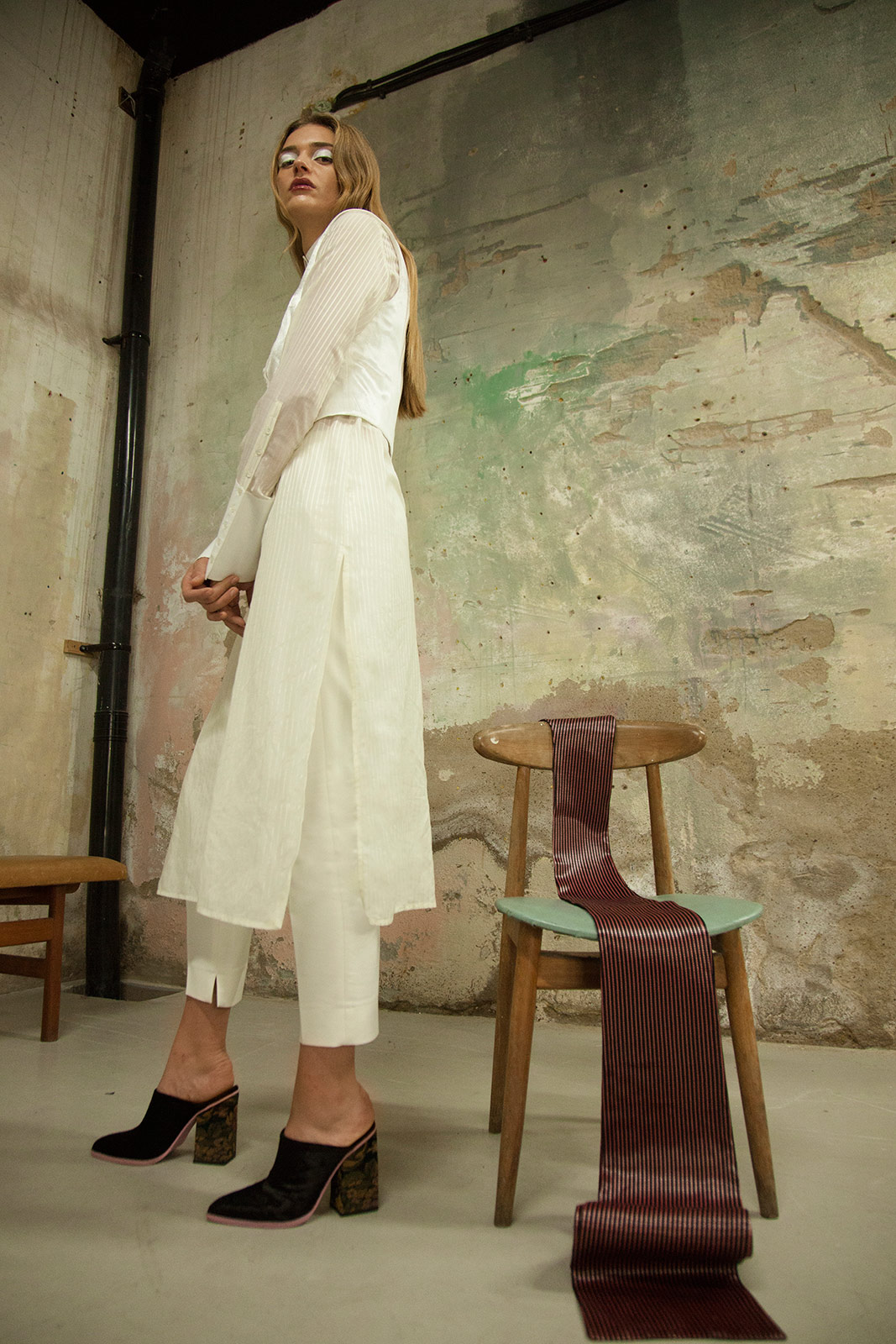 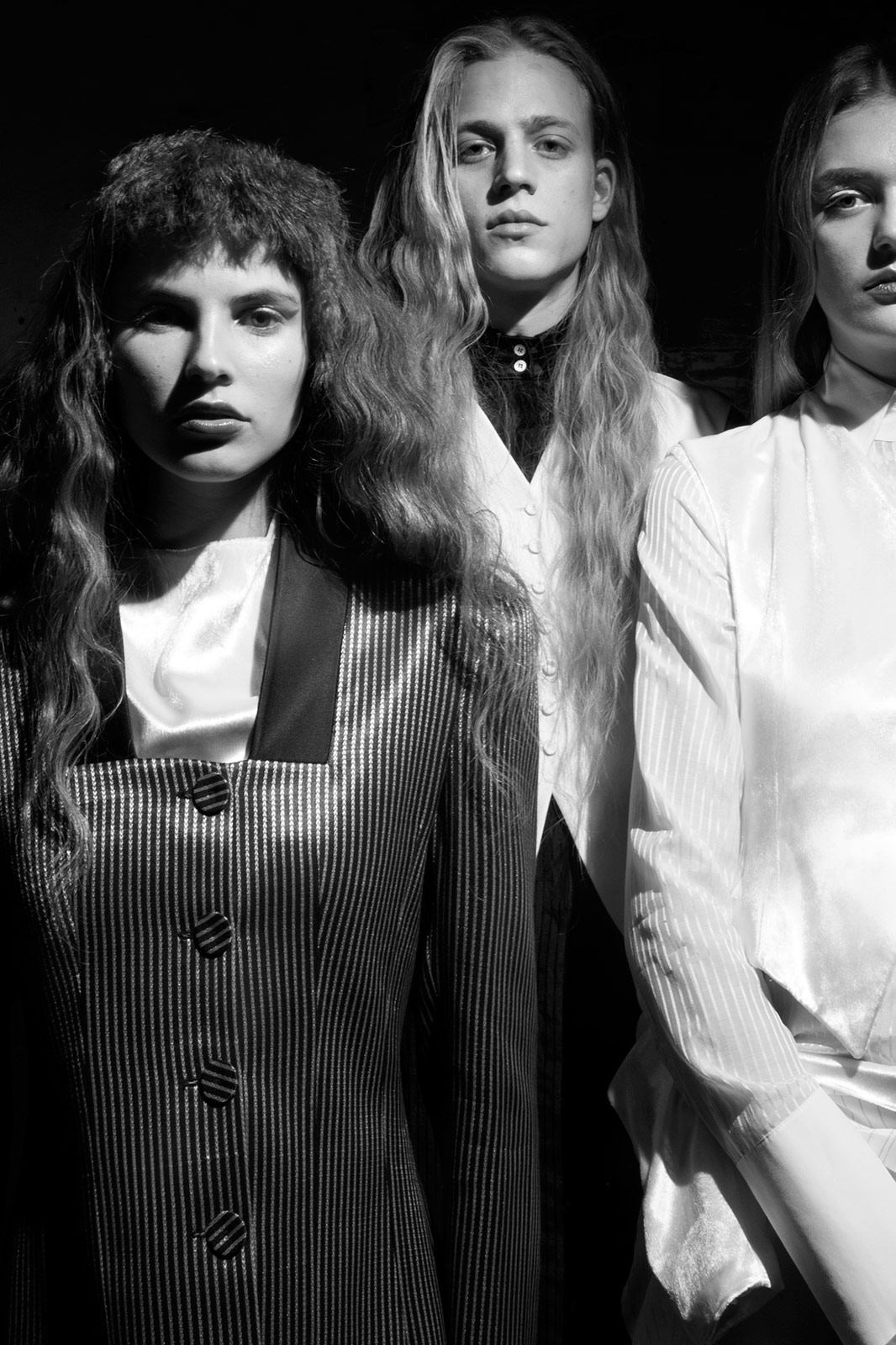 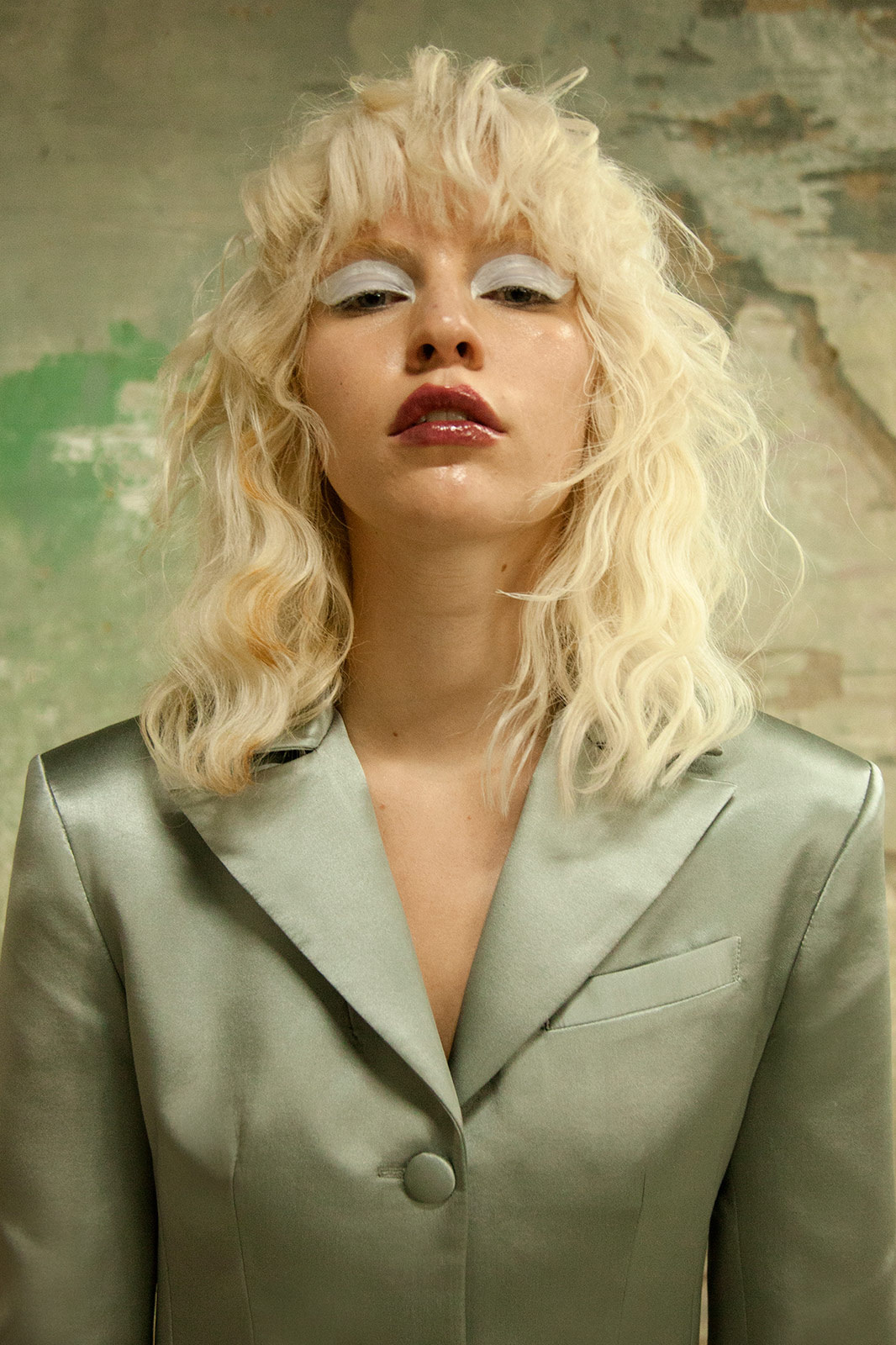 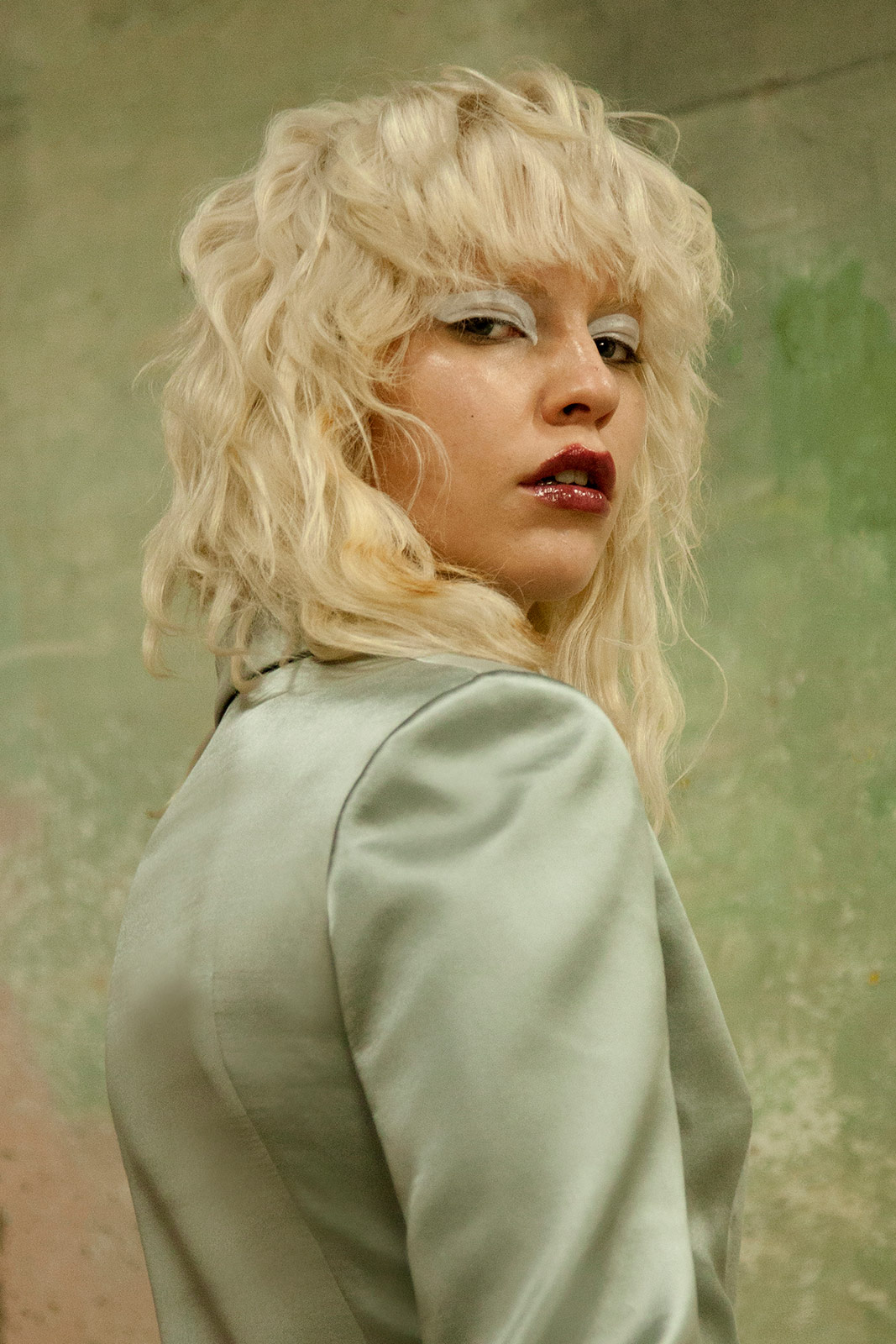 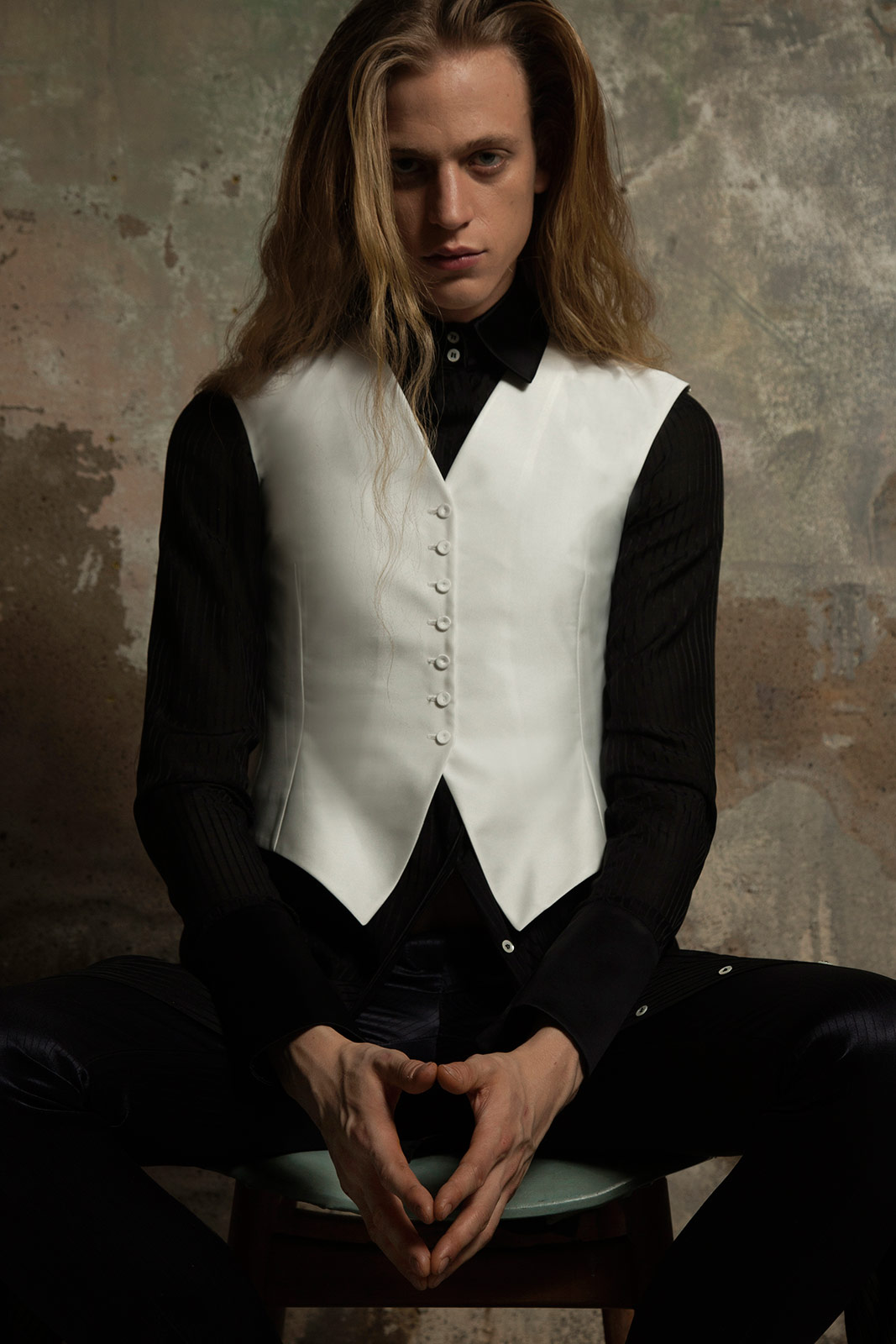 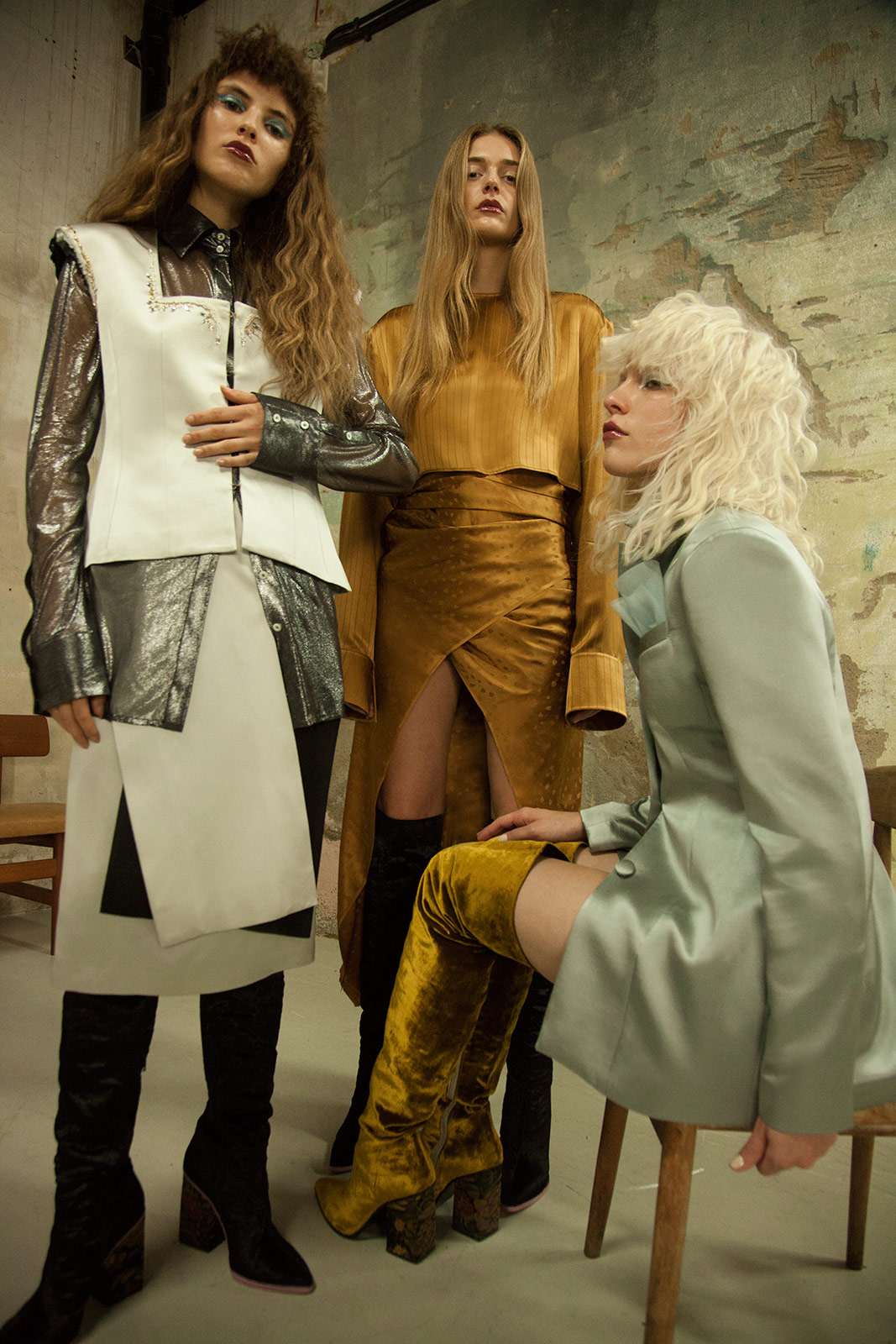 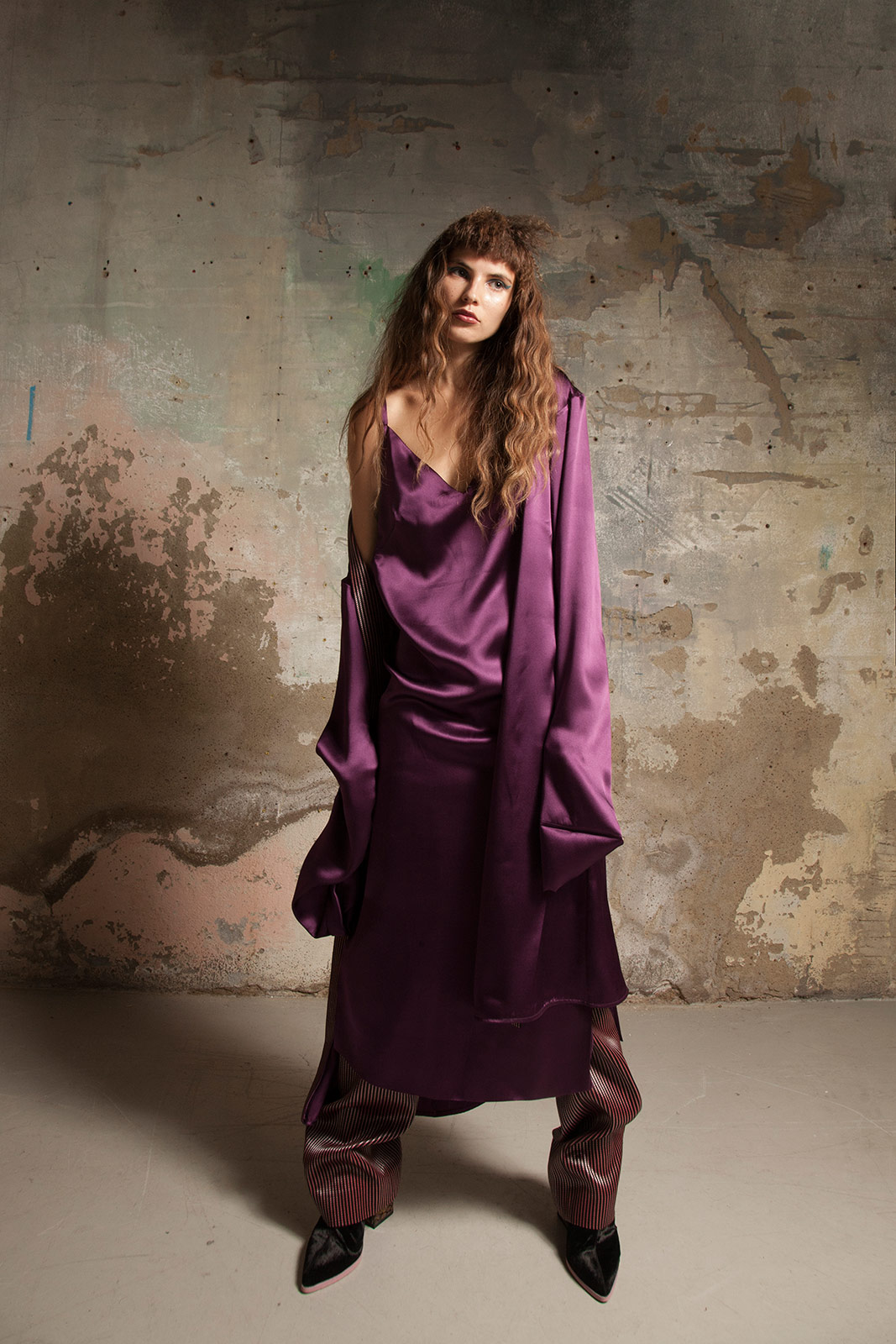 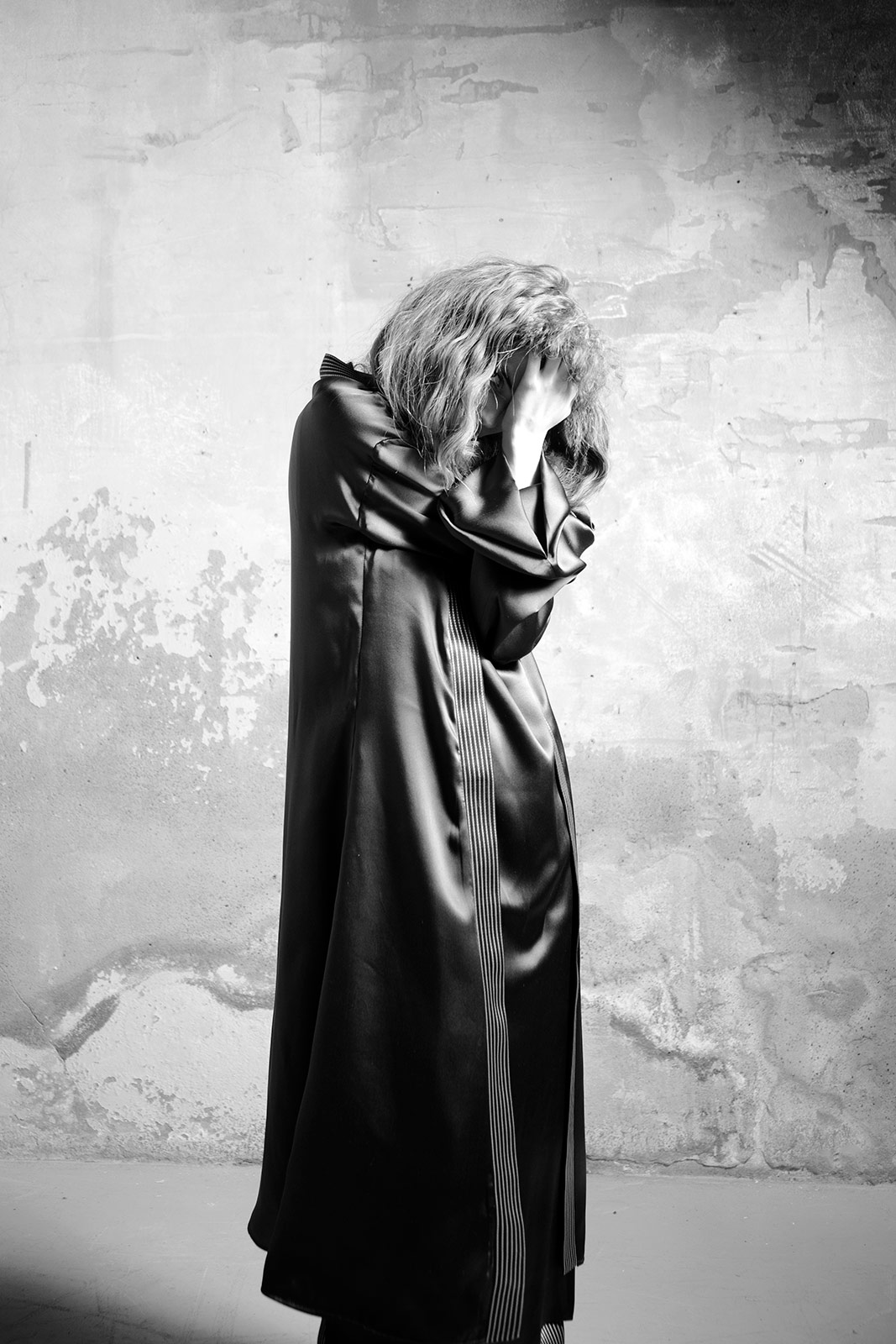 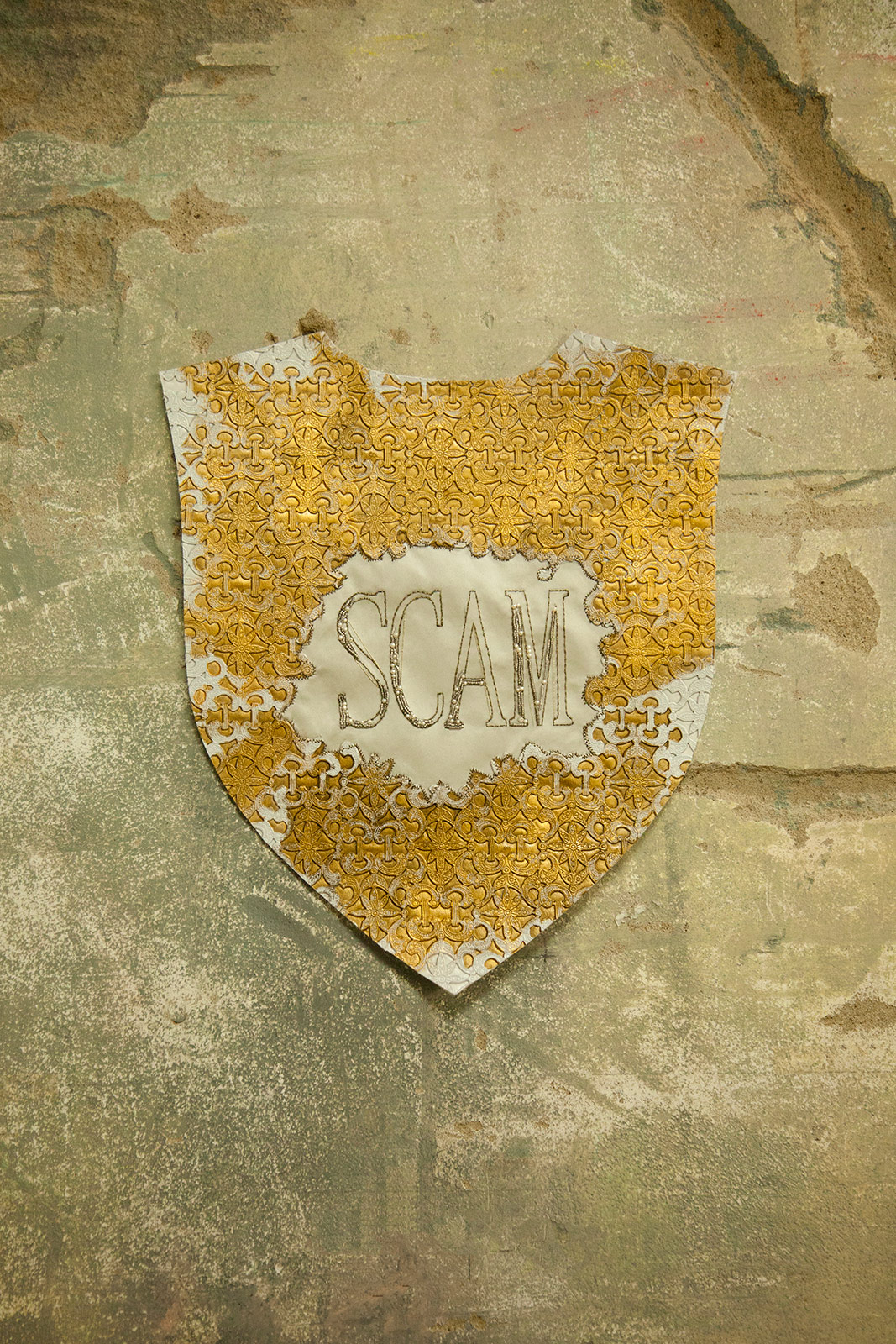 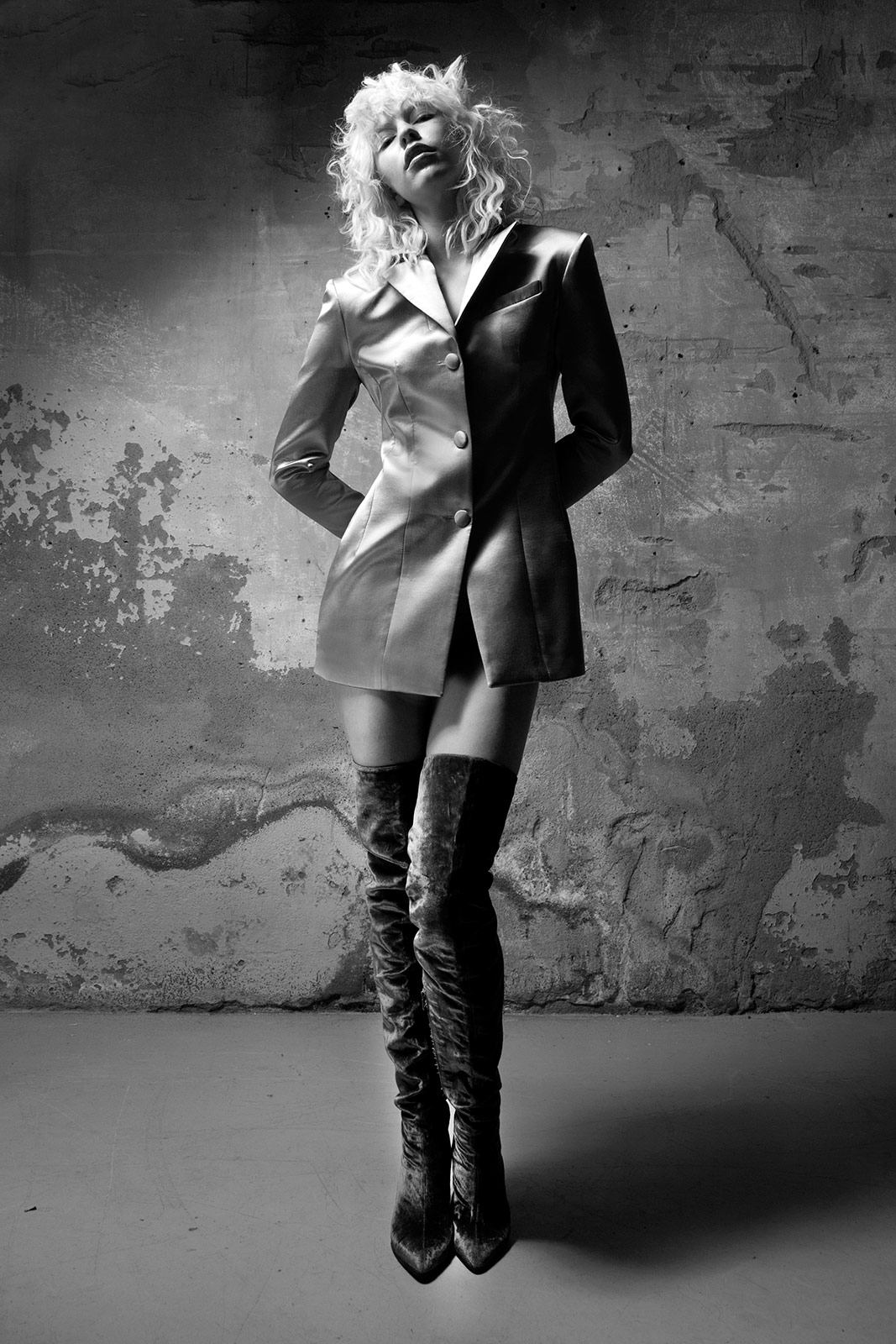 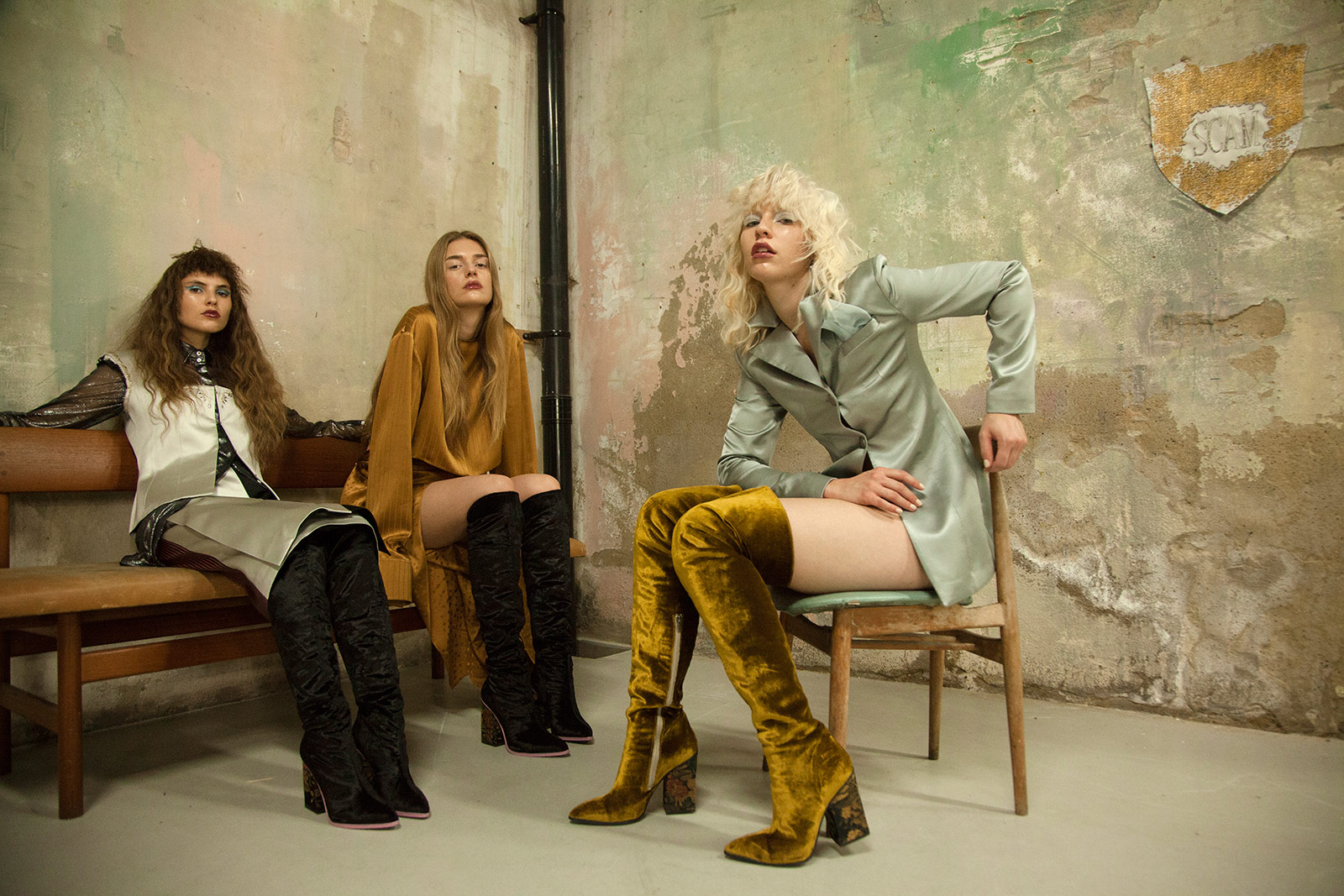