Nothing to see here, move on 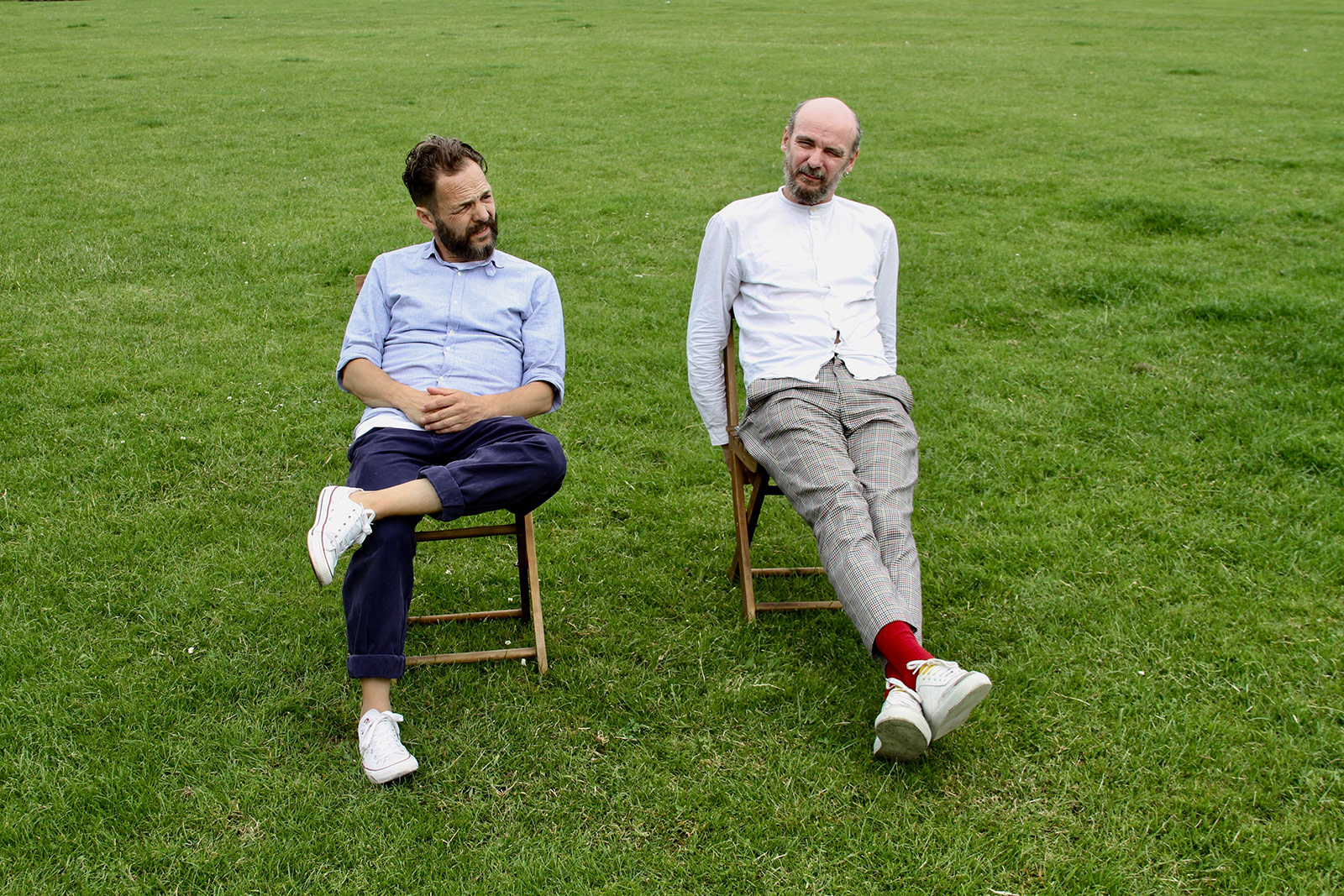 No, you’re not seeing things, Paranoid London really did do an interview with us. But despair not, they’ve still not lost their punky ethos of allowing their music to speak for itself. In 2007, duo Gerardo Delgado and Quinn Whalley brought vinyl back from the dead with a policy of no interviews, photos and absolutely no downloads; solely LPs. Bored of the current state of the industry, they championed a pared-down, gritty approach to acid house that paid homage to the early Chicago scene. They’re still bored, but still serving us tracks that are anything but boring in their new album, titled PL, dropping on August 30.
Fabric London said in their article that you’ve never given an interview and never will do, and yet here you are! How come you’ve changed your minds?
We let the records do the talking. It didn't feel like there was any reason before. This is our second album, why do the same thing? Bit boring.
You also boycott promo – why is this?
We never did promo because we pressed small amounts of records. They were the promos.
How is it that despite adopting an enigmatic, mysterious approach to music-making, you’ve still managed to become such a success?
Mysterious! I don’t think so, we let everyone else run away with that. We’ve been around for years. People will believe what they want to believe and say what they want.
You also were initially opposed to selling your records on anything but vinyl, but a year after your first album released, it is available both digitally and on CD. Why did you decide to get in step with the times?
Vinyl at the start because not a lot of people were doing it. Plus, our music was worth more than if it was downloaded today and forgotten tomorrow. If you make the effort to go to the record shop and buy a record only three hundred people had in the world, you're going to play the fuck out of it. Especially if it’s a Paranoid London record. Digitally and CD now is because it’s what people don’t want us to do.
Some of your records are going for £100 because they’re so hard to get hold of. Why the scarcity?
We only released three to four hundred to start with. They were promos. You could’ve got most of the twelve on the first album, you just had to look harder. People are mad. If you want to pay £100 for a Paranoid London record, remember that the money goes to some wanker who has nothing to do with us.
You use real, vintage synthesisers and outboard equipment to mould your tracks. Why is it that you go for this old-school approach?
That’s just the way our sound works. We need to jam and press the buttons on the 909, 808 and 303. Makes us look like we’re musicians, which were not. So after twelve hours of working, you might end up with three minutes of PL music.
What is it like juggling life as both a label and an act?
Easy. You control both. You try out the tracks live with the band. Then they end up on the label.
You dedicated the second track on your upcoming album, PL, to the late Bubbles Bubblesynski, the wonderfully flamboyant trans activist and DJ. How do you think their absence and terrible, untimely demise will affect the San Francisco music scene?
It definitely gave everybody a sharp reminder that even in a city like San Fransisco, hard-won freedoms can't be taken for granted. If you look at what has happened in the United States, and also here, since then things seem to be moving backwards. The fight is nowhere near over.
Your music and ethos seem to go against many things the music industry has become; a dog-eat-dog world of self-promotion and racing to get ahead. Are there any contemporary music artists that you admire, excluding those featuring on the new album?
Think we try and self-promote. It’s the way you sell records and survive. We’re not rich kids playing house. We’re working-class old men.
What are your opinions on the state of acid house today?
What acid house scene? Just kids playing 303’s. Nothing to see here, move on.
Your album includes some killer features, do you create your tracks with a certain artist in mind and then try and lure them in, or are they more collaborative?
Everyone that works with Paranoid London are friends, so it’s easy. We get to know them first before inviting them into the studio. Only Vega and Topping get a free pass.
Each of the tracks on PL features someone new, from the much loved ‘bitch house’ DJ Josh Caffe to the up-and-coming enigma that is Mutado Pintado, who rose to fame after his feature on Eating Glue a while back. How is it that you decide who to work with?
We lurk in dark corners of discos looking for freaks. Then invite them down to the Paranoid London studio.
Who would be your dream feature – dead or alive?
Dream feature. Can’t say. We’ve worked with so many artists that we thought would work well with Paranoid London. Many have tried but failed in the studio with us. That’s a story for another day.
Do you think that musicians will lead by your example and go back to the roots of music-making, as a counter to the rapid progression of technology?
You can only work the way you feel comfortable. If it’s on your laptop, good for you. We need to be occupied by our machines. Stops us getting bored. There is no right way of writing music; it’s the final product that counts.