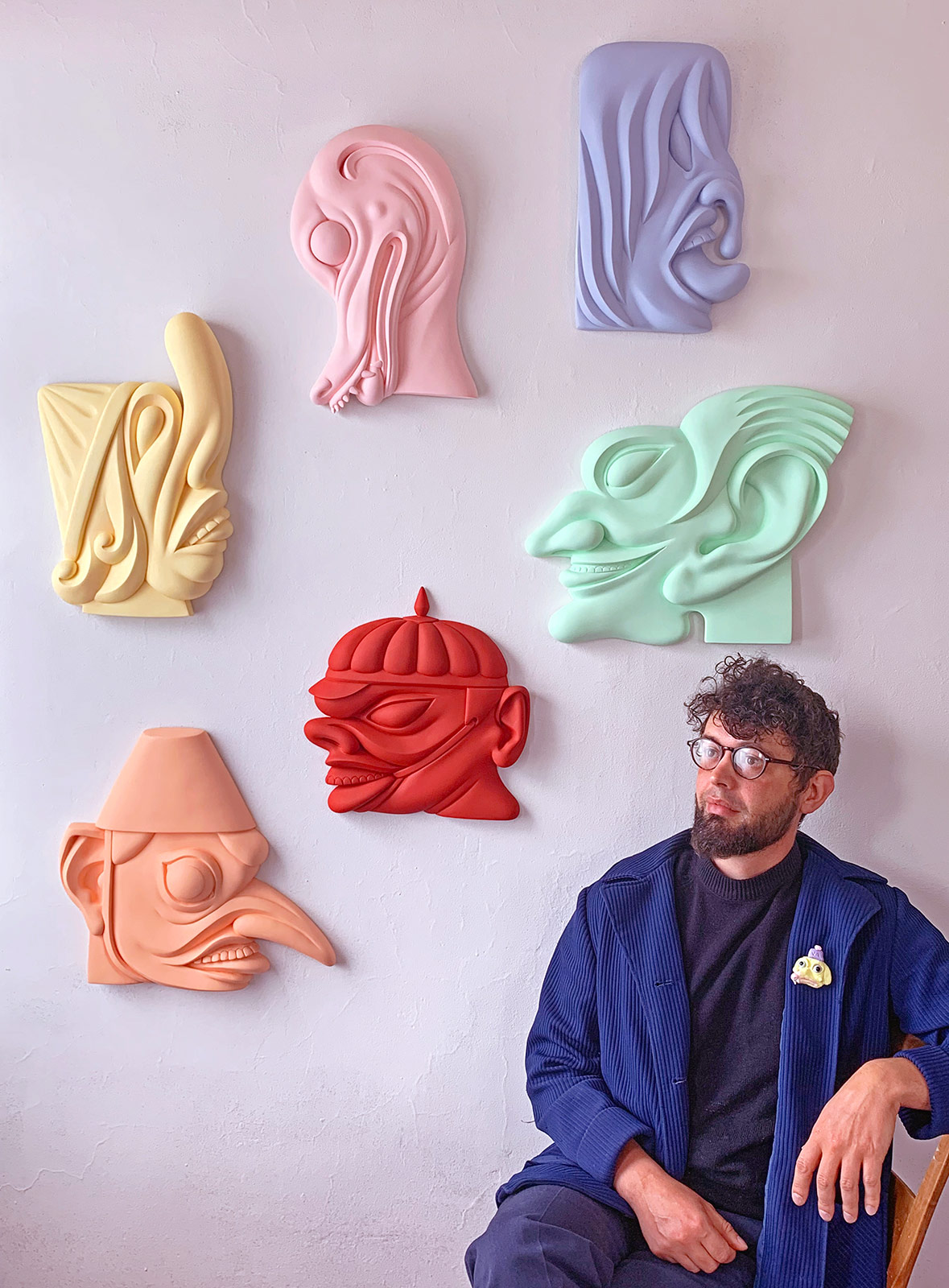 Paolo Puck, a British artist residing in Pennsylvania, is a self-taught sculptor investigating oneiric masks and faces that he obverses in nature and meditative dream-states. Unsettling for some, yet whimsical, the artist ventures outside to find faces in tree-stumps and inside his mind to see expressions in kaleidoscopic patterns we see before sleep. His creative and colourful sculptures invite us to his childlike and 'grotesque' pastel mythology. We talk with Paolo about his background, inspiration, and goals.
Hello Paolo! Can you tell us a little bit about yourself? Where are you from? What drew you to art?
I'm from the UK originally, but right now I live in Pennsylvania. I’m not sure what drew me to art, it’s just the way I was made to some extent. Making art is much more of a compulsion than an active decision. It’s always been that way for me and during times in my life when I didn’t have much free time to make artwork, that creative energy would find a way to sneak into whatever I was doing. For example, when I worked on farms, if I had to build a stone wall, I’d always put a face in there or do something inventive and unusual. I can’t help myself.
You’re primarily trained as an illustrator. What made you turn to the medium of sculpture?
I studied illustration at university, but my heart was never really in it. I always found myself much more excited to work in 3D rather than 2D, even if that work wasn’t particularly creative. I sort of fell into sculpture accidentally while working as a farm labourer. I became known for the artistic flourishes I’d incorporate into mundane building projects and my sculpture practice just kind of grew from a mixture of that and the odd whittling project I’d take up in my spare time.
I taught myself sculpture mostly through trial and error. I think that way of learning personally suits me really well. I’m very stubborn and I have a pretty strong propensity for chaos, so I like to find my own way of doing things. Of course it leads to disaster not infrequently, but it also provides some good insights and I think both of those outcomes keep me interested. 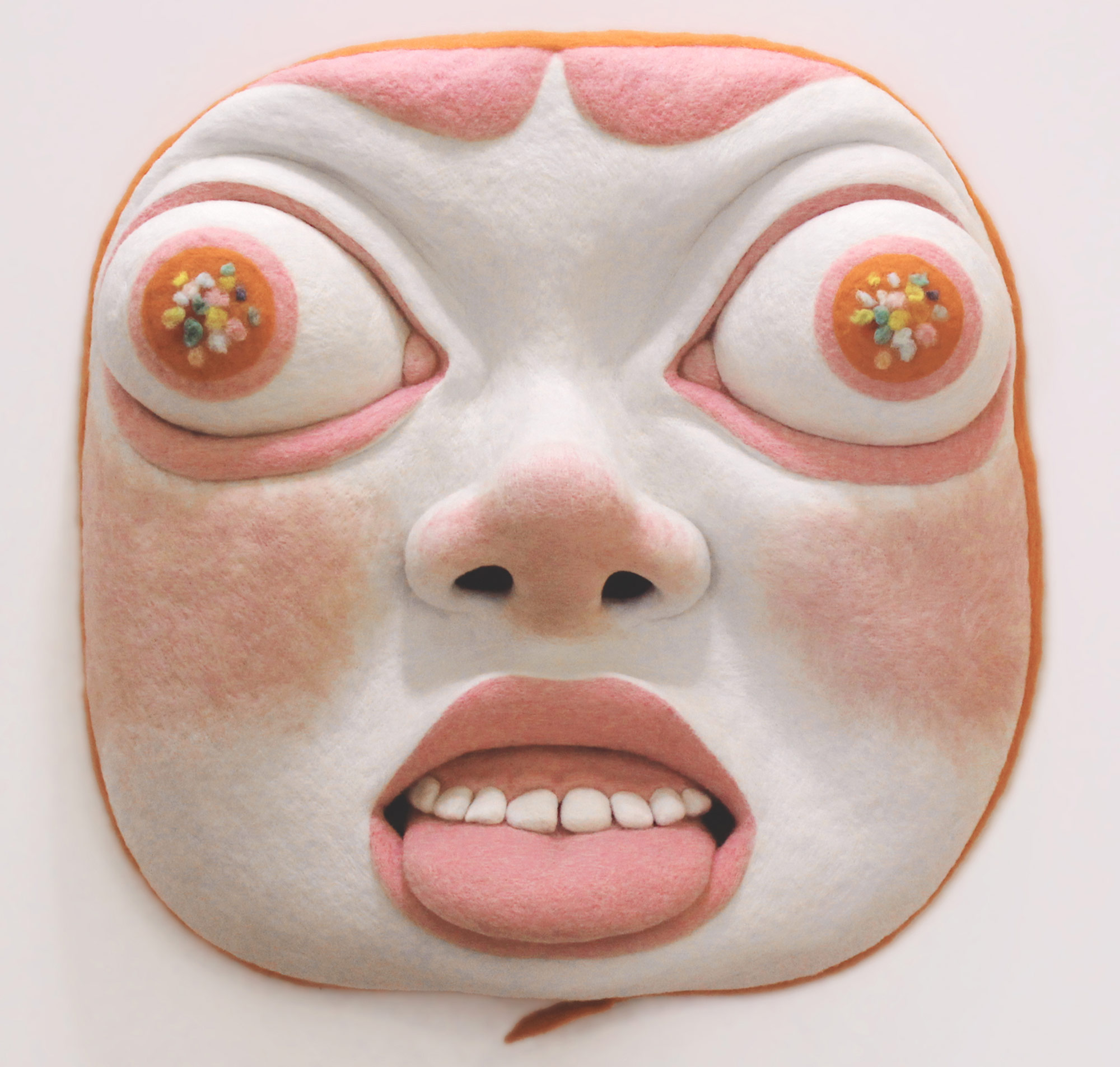 You seem to be directly and instantly attracted to the face in your exploration. What drives you towards the face?
I think we're almost all wired up to respond to faces not only as a way to understand and communicate with each other, but also as a survival trait. It’s better to be too highly attuned to faces and see one that isn’t there rather than miss the one that is.
Some of us are wired up a little more that way than others and I tend to see a lot of faces in things all of the time. Maybe my subconscious is just terrible at predicting likely scenarios. That wood stump probably isn’t a grinning gnome and in a world full of wood stumps, but sadly lacking in gnomes, it’s a strange conclusion to jump to. Perhaps there are some interesting insights into the creative process in those moments.
I remember reading about research done at the University of Helsinki that found that those who interpret random patterns as faces more readily are more likely to be religious than atheist. Although I don’t identify as religious, in my mind I do tend to imbue non-living or even non-material ideas with their own personas. I guess that’s how I think of religion too, the non-material given a persona. That idea is probably common for creatives. For me, I think it leads into a rich imaginary world where some of my work comes from. Not only seeing the non-living as alive in some way, but also seeing it as having a little face too!
Your work is unsettling yet whimsical. I am immediately reminded of the Ancient Greek masks which were used in ceremonial rites and later in the theatre, like your sculptures, they also had exaggerated facial features and expressions. Tell us more about the ancient cultures that inspire you. Does literature ever inform your art?
Masks in particular are very influential in my work. I think the most common theme I examine in my work is that of ambiguity. My work often gives the viewer the feeling of not knowing what something is, be it beautiful or ugly, safe or dangerous, gnome or wood-stump. Masks are a way of concealing a true identity. They’re a form of transformation, and they can be used as a tool to explore an aspect of ourselves through a borrowed identity. More recently, my exploration of this theme has been through small sculptures where one form can be interpreted in two different and distinct ways.
As for the ancient cultures that inspire me, it’s a pretty diverse range. Before moving to the USA, I spent a good deal of my free time in museums. I often become deeply fascinated with a subject for a time, and it’s only on later reflection — or more often, other people's observations — that make me realize how influential that subject has been on me.
Furthermore, your face sculptures seem to be creating a new mythology in itself by creating these multiple characters and identities. Is there a story behind this? Can you elaborate on the use of identity in your sculptures?
It’s hard to know where to start with explaining that. One of my favorite ways of envisioning things is through dreaming. I often try to stay in the state of mind that I find myself in just before falling asleep. It’s something I’ve been doing for a long time and it’s a state of mind that feels very separate from the waking imagination. I wouldn’t have a hope of inventing any of these ideas while awake. In fact, I don’t think my ideas are invented, but rather observed.
When I enter this waking dream-state, I first see geometric forms that eventually grow more complex and more colorful. Then objects, faces and entire beings start to appear. After that, the scenes develop and become much more involved. The further I allow myself to drift into that world, the more real it becomes, but the more I start to disappear myself. It's about treading a fine line and keeping a balance where my conscious and unconscious are at a meeting point. With practice it becomes easier to dip into that place while fully awake too, to some extent.
Although that process is integral to my practice, only a small part of it comes across in my work. My sculptures offer a little window into that world, but that’s a wonderful thing in itself. For me, there’s something particularly magical about wearing these costumes and seeing them move about when they’re worn by others. For a while they are real living breathing beings in this world too, and that feels so special and unlike anything else. There are a lot more characters I’m looking forward to making costumes of too, but it can be a slow process and it’s pretty labour intensive.

Beauty and Ugliness is a dichotomy integral to your sculptures. Can you tell us a little bit more about this?
I’m used to others seeing my work as both ugly and beautiful so I often talk about my work in those terms, but honestly I don’t think they’re ugly at all. When I make a sculpture, I’m mostly just making forms that feel good to me. For example, many people think toads are ugly, but I just think they’re really beautiful. Or maybe it's truer to say that I find an element of ugliness very beautiful. I think slugs are more beautiful than horses, and I’m almost certainly in the minority for thinking that. I suppose I have a different set of criteria for beauty.
What sort of conversation are you intending your art to create?
Honestly, it’s something I give little thought to. When I had to write an artist statement I sort of reverse engineered what I was saying with my work, but I didn’t find it particularly useful and I really try not to overthink what I do too much. I don’t want to make work that’s too calculated and considered. I like to let the sculptures be themselves, so I often do very little planning before I start on a large sculpture or a costume piece. I want what I make to be pure and almost childlike. When I remain playful with my work, something important comes forth. I don’t have to hunt it down.
You discuss authoritarianism in your work. Can you develop on why you are interested in this?
I think to some extent all artists are interested in it. Authoritarianism is like the mortal enemy of art. However, it’s something I’ve only really examined in one particular piece titled The Revelation. I made it early in the Trump years here in the US and although it examines quite simple ideas, it felt cathartic to channel those ideas into a sculpture. 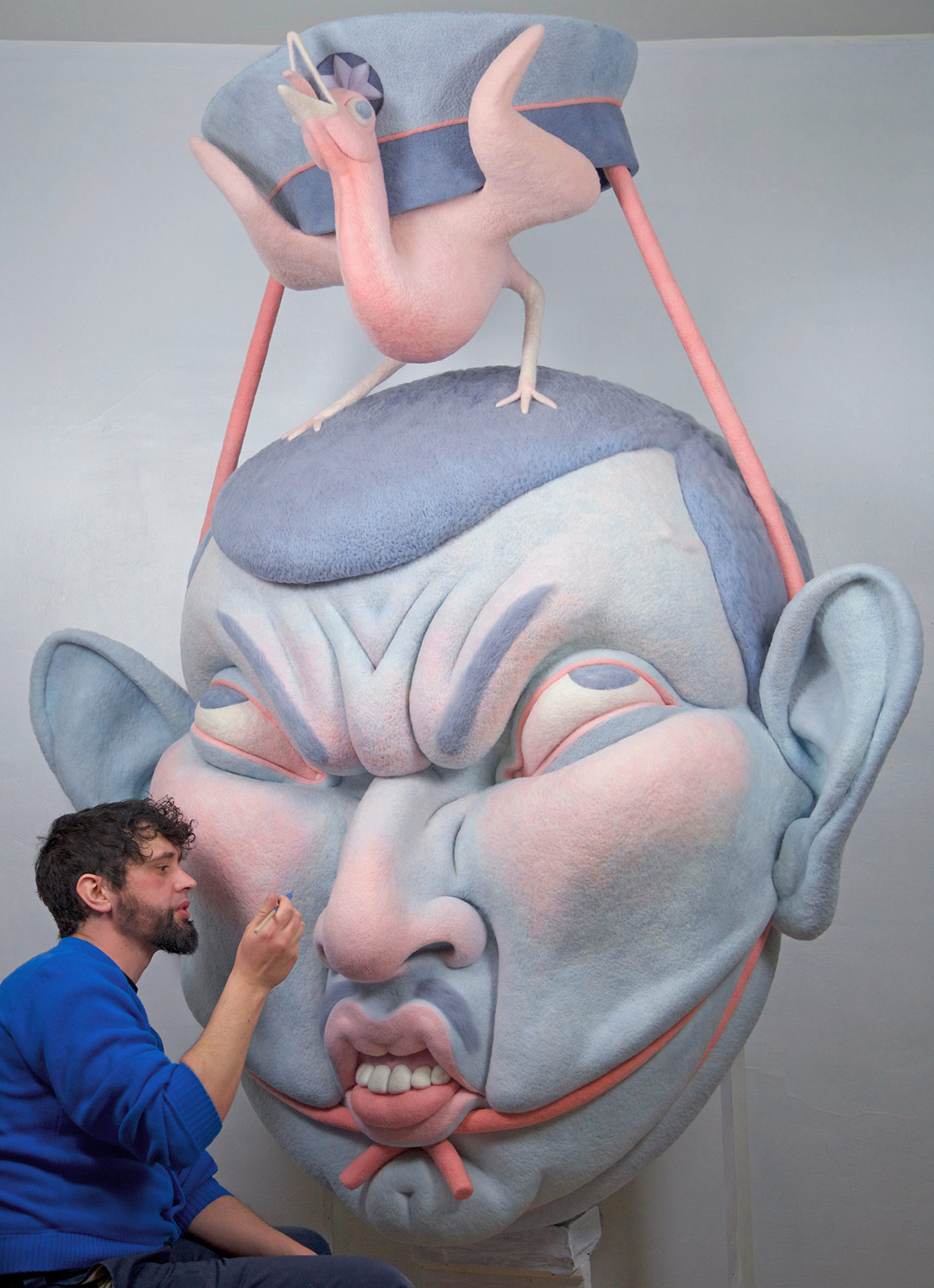 Is it the god-like masks or the aspect of hiding behind a powerful caricature that you would say most reflects this critique of authoritarian regimes in your sculpture?
I mainly address authoritarianism in my piece The Revelation. In that sculpture, I explore the idea of authoritarianism primarily from the perspective of a power struggle between two characters. The sculpture depicts a man wearing a tightly strapped authoritative hat. The hat is keeping a bird from freeing itself from under it, but the bird’s struggle to free itself is also causing those same straps to strangle the wearer. There is a definite tension between freedom and captivity. Something must eventually give out, and although there is a clear power imbalance, we’re still uncertain of the outcome. In my opinion, authoritarianism is not just something we need to examine on a societal level, but I think it’s also something that we need to examine and challenge within ourselves.
Do you have any upcoming projects?
My partner and I want to buy a small plot of land in Italy and make a crazy sculpture garden. I've been wanting to make outdoor sculptures for years and my partner is a ceramic artist and wants to make some bizarre erotic fountains. So obviously that’s something I need to support! I love making large sculptures, but our apartment is pretty full already. I filled it up with art in a few years, but I think outside will take much longer! 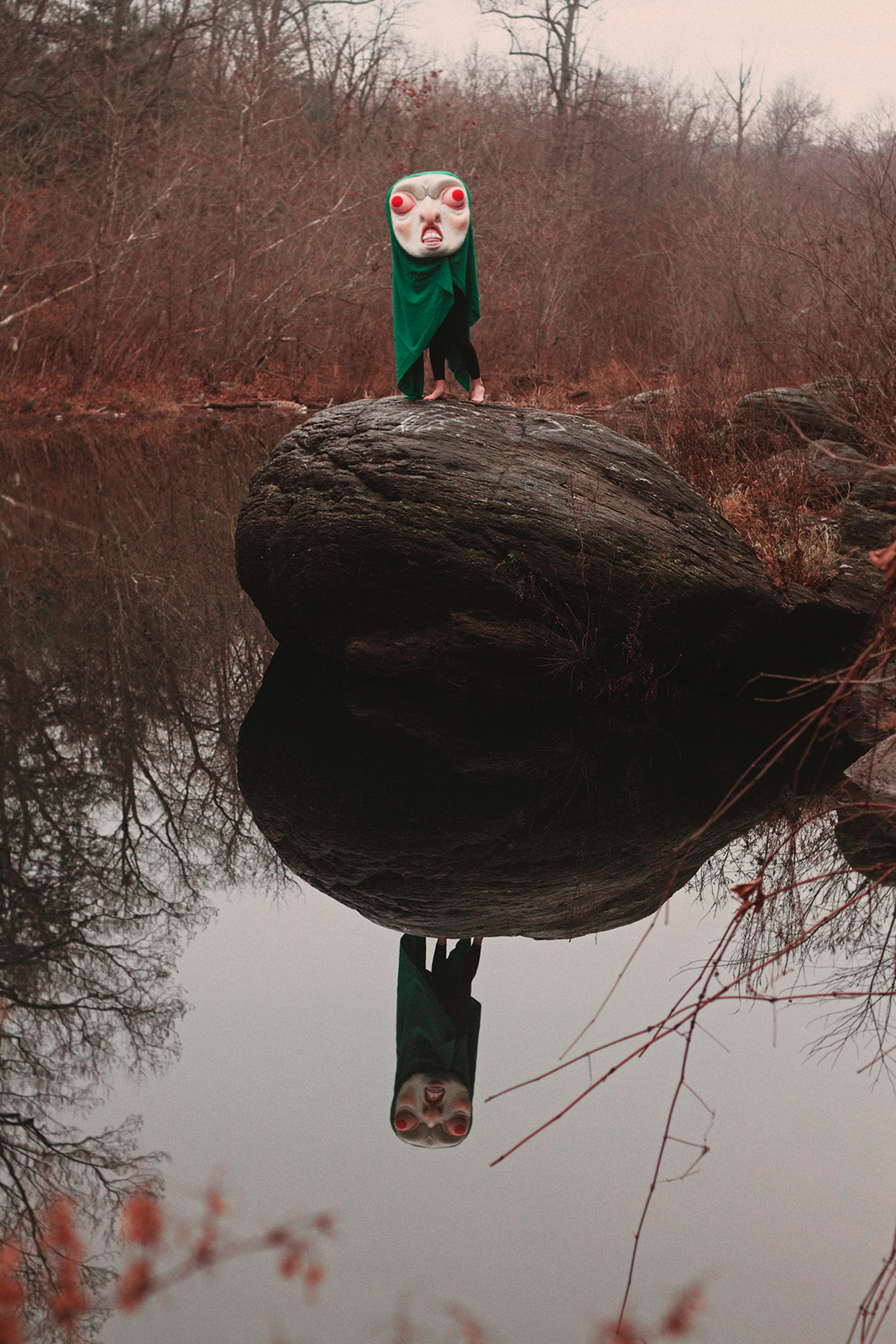 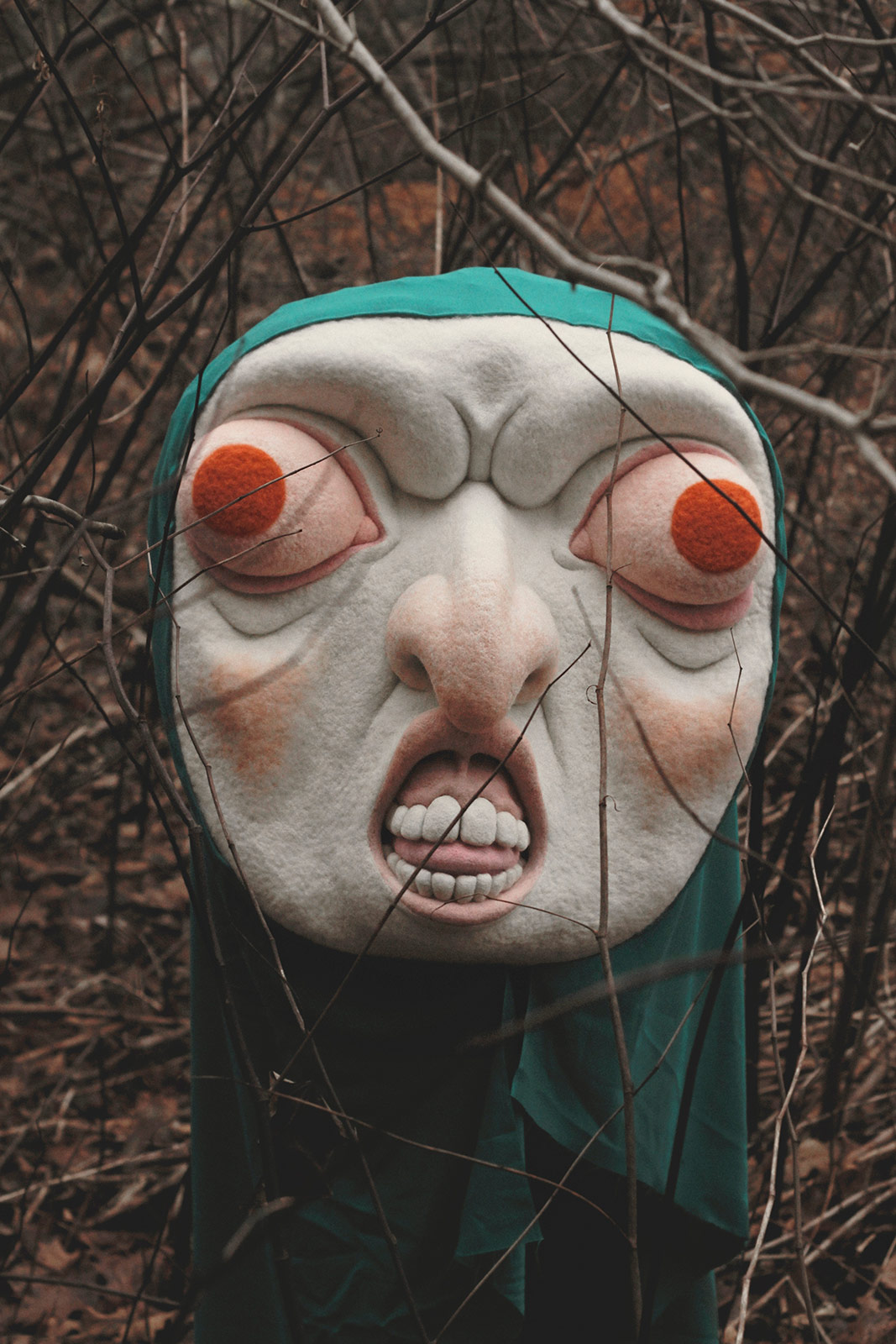 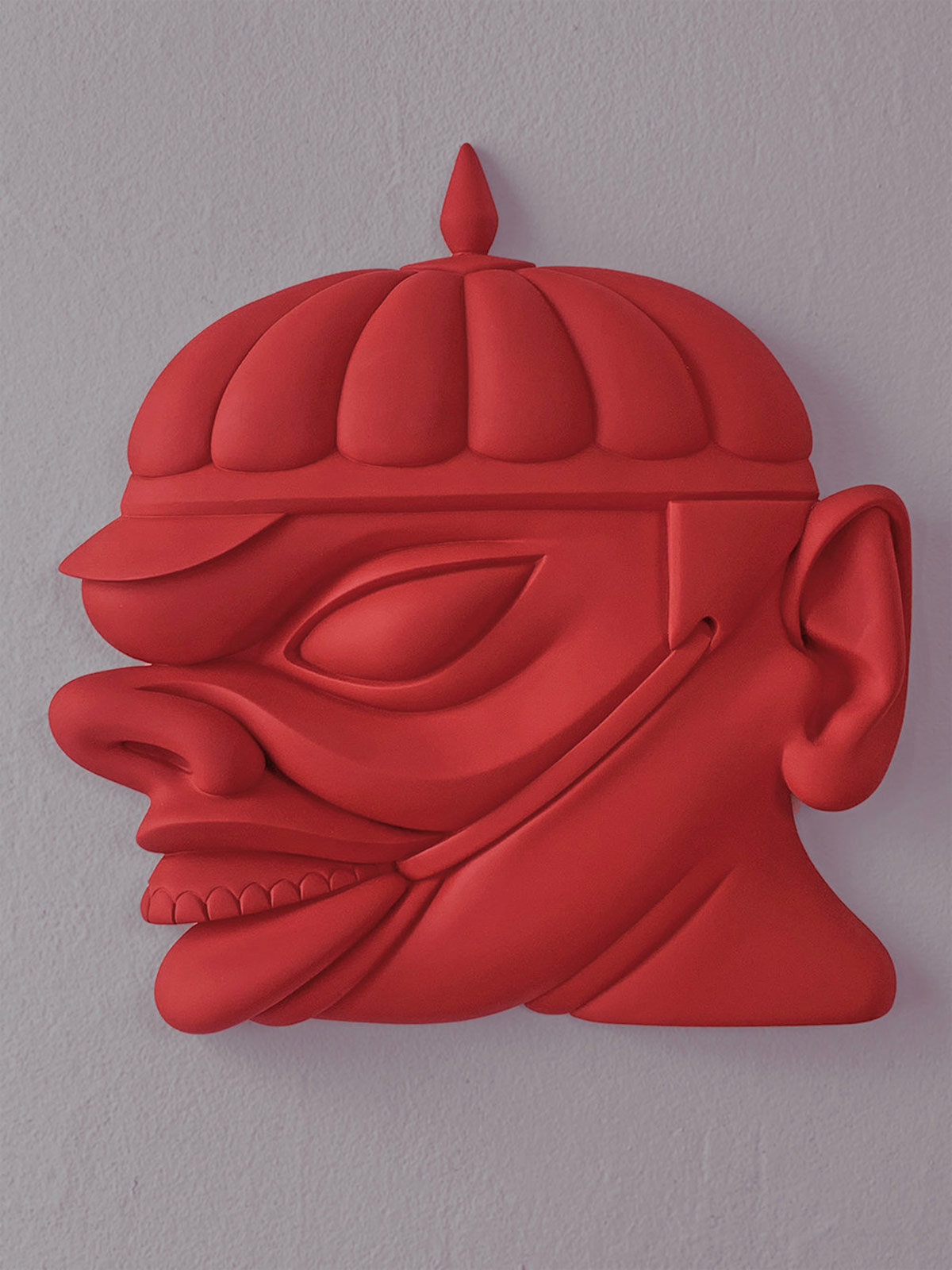 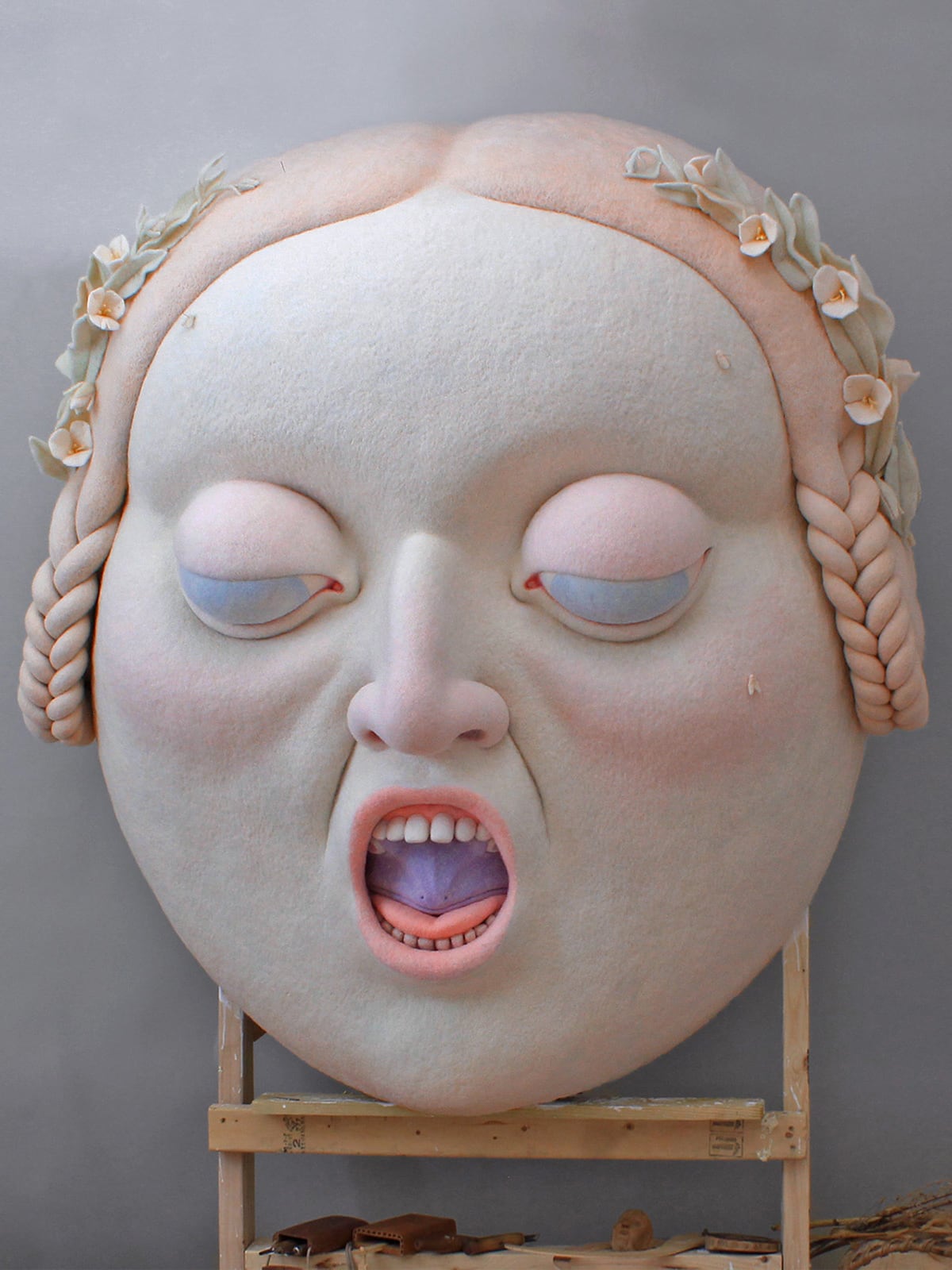 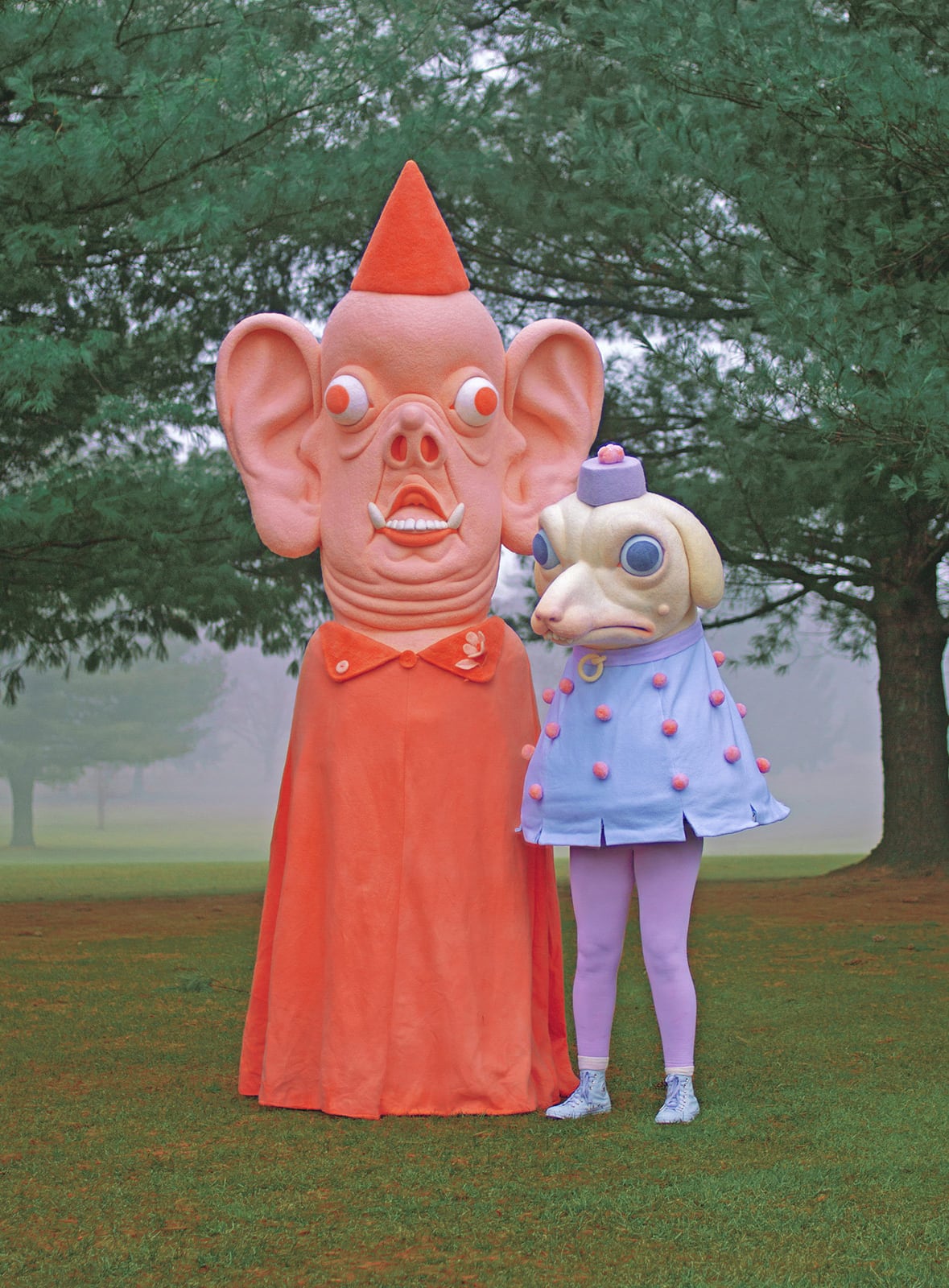 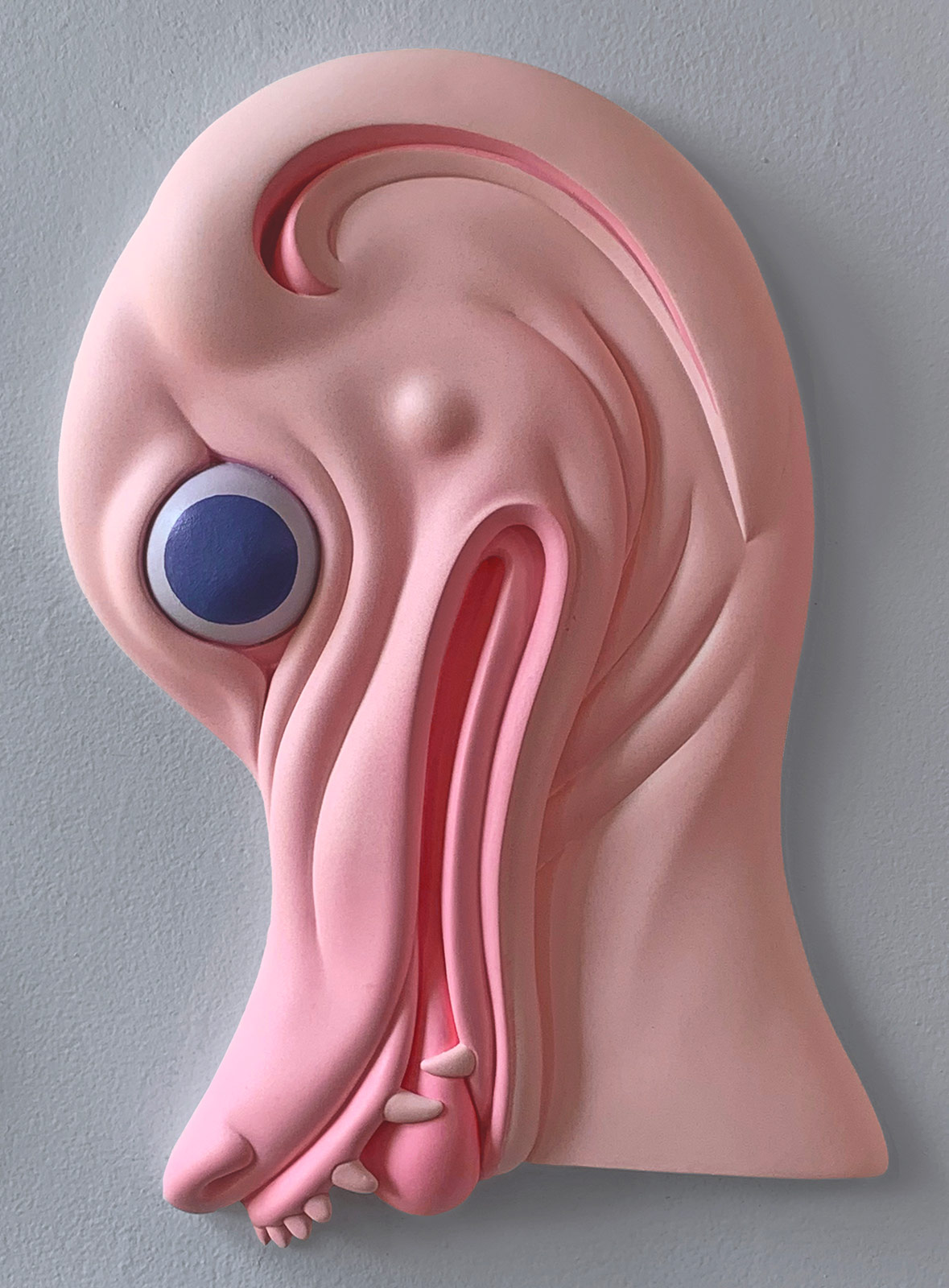 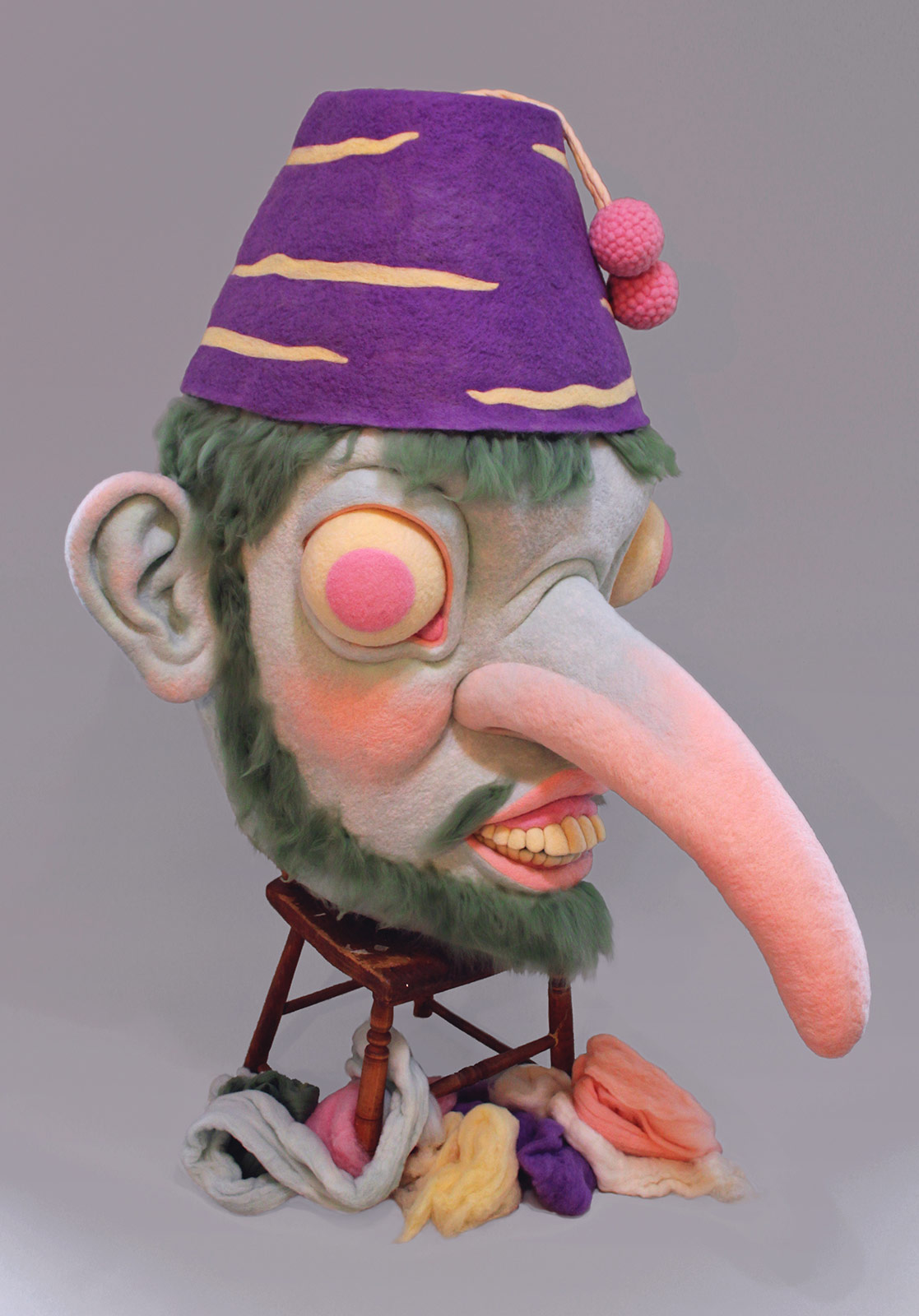 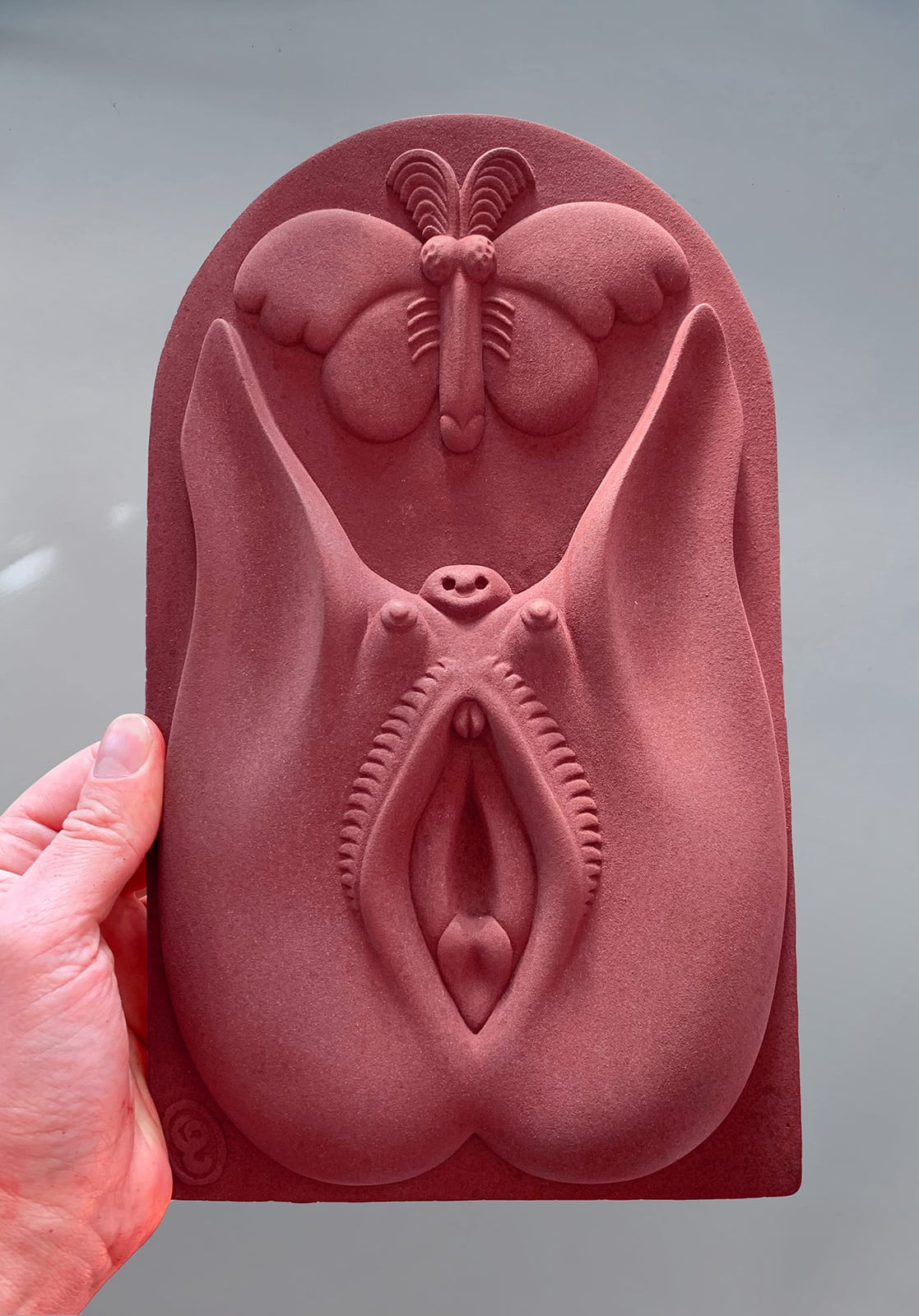 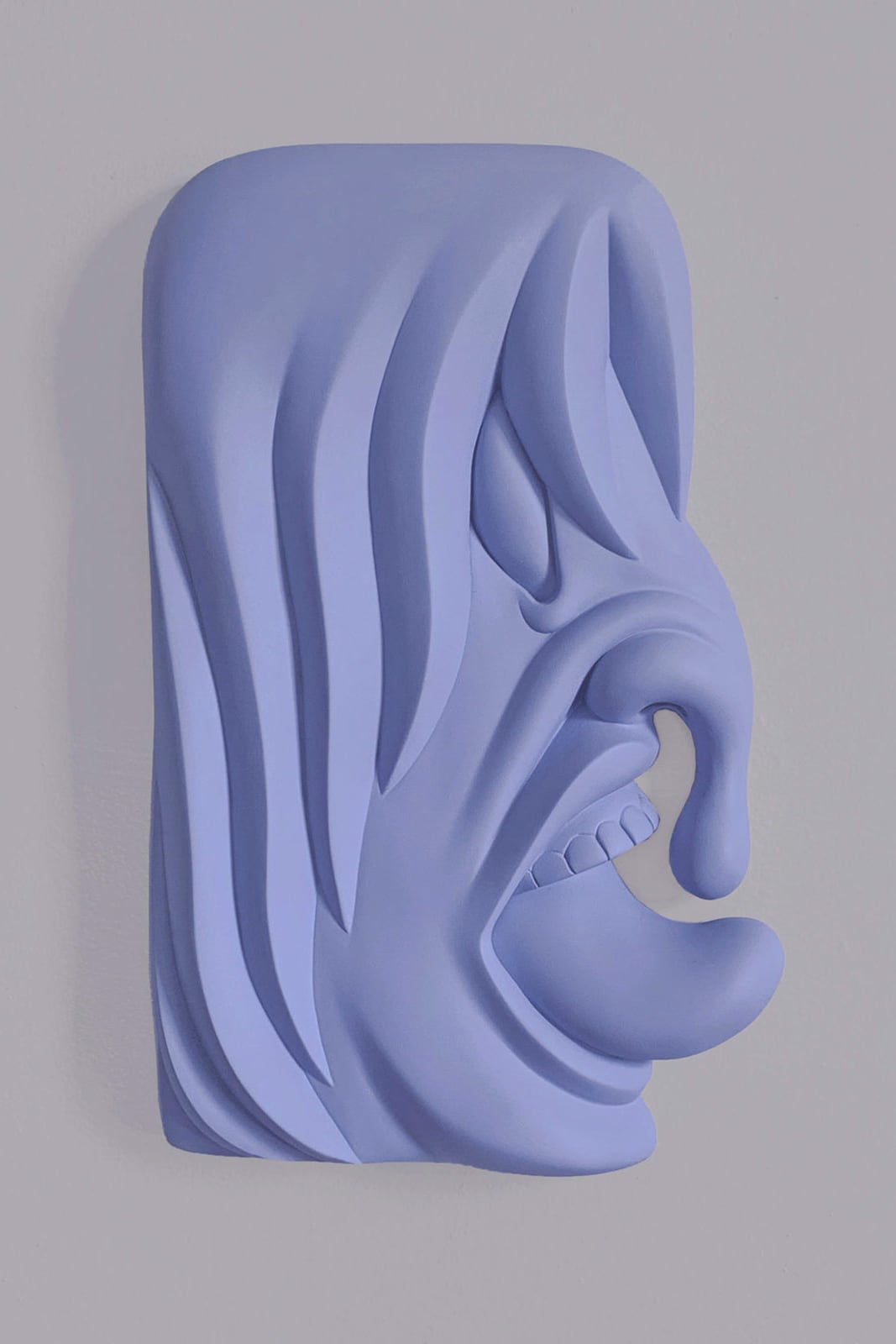 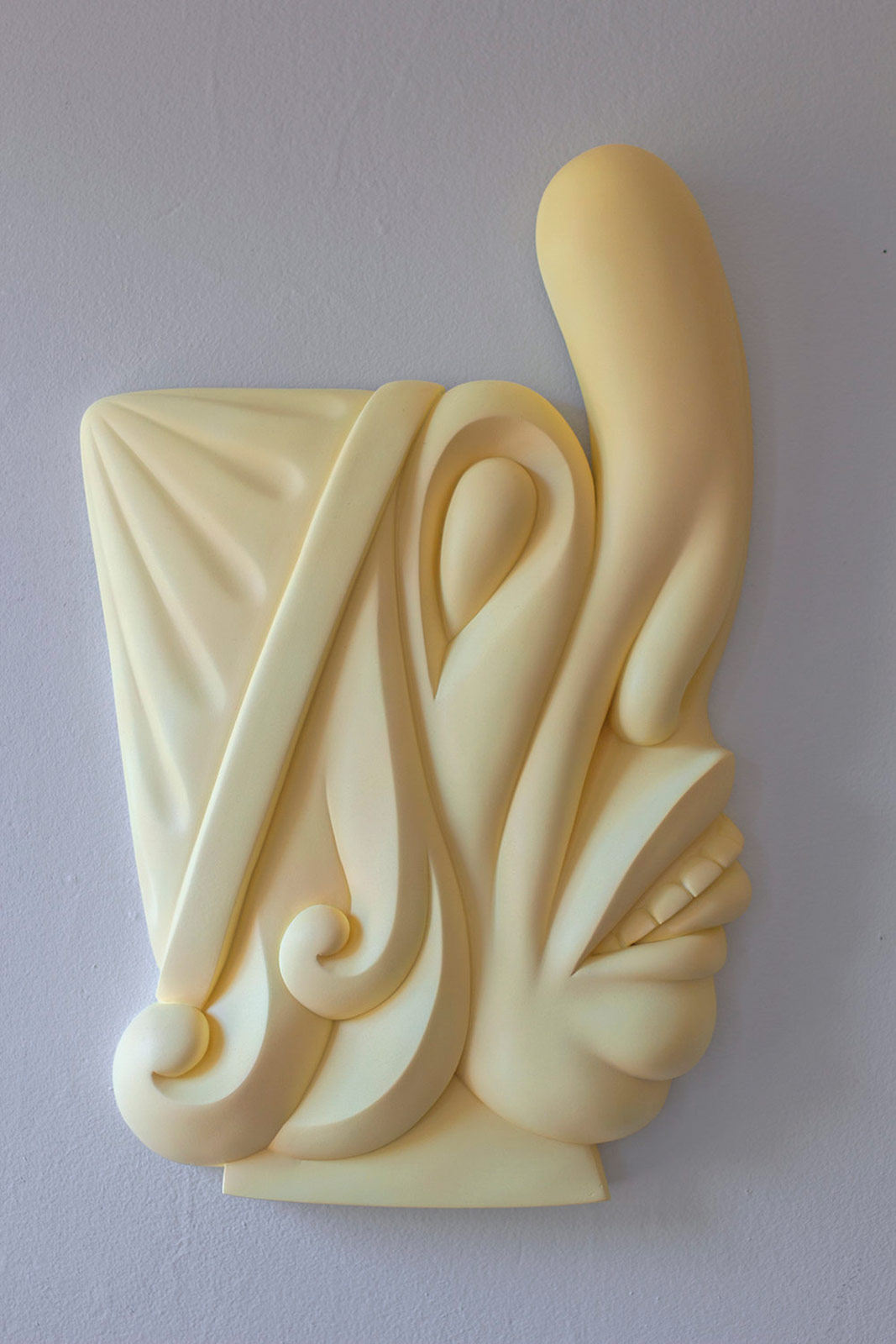 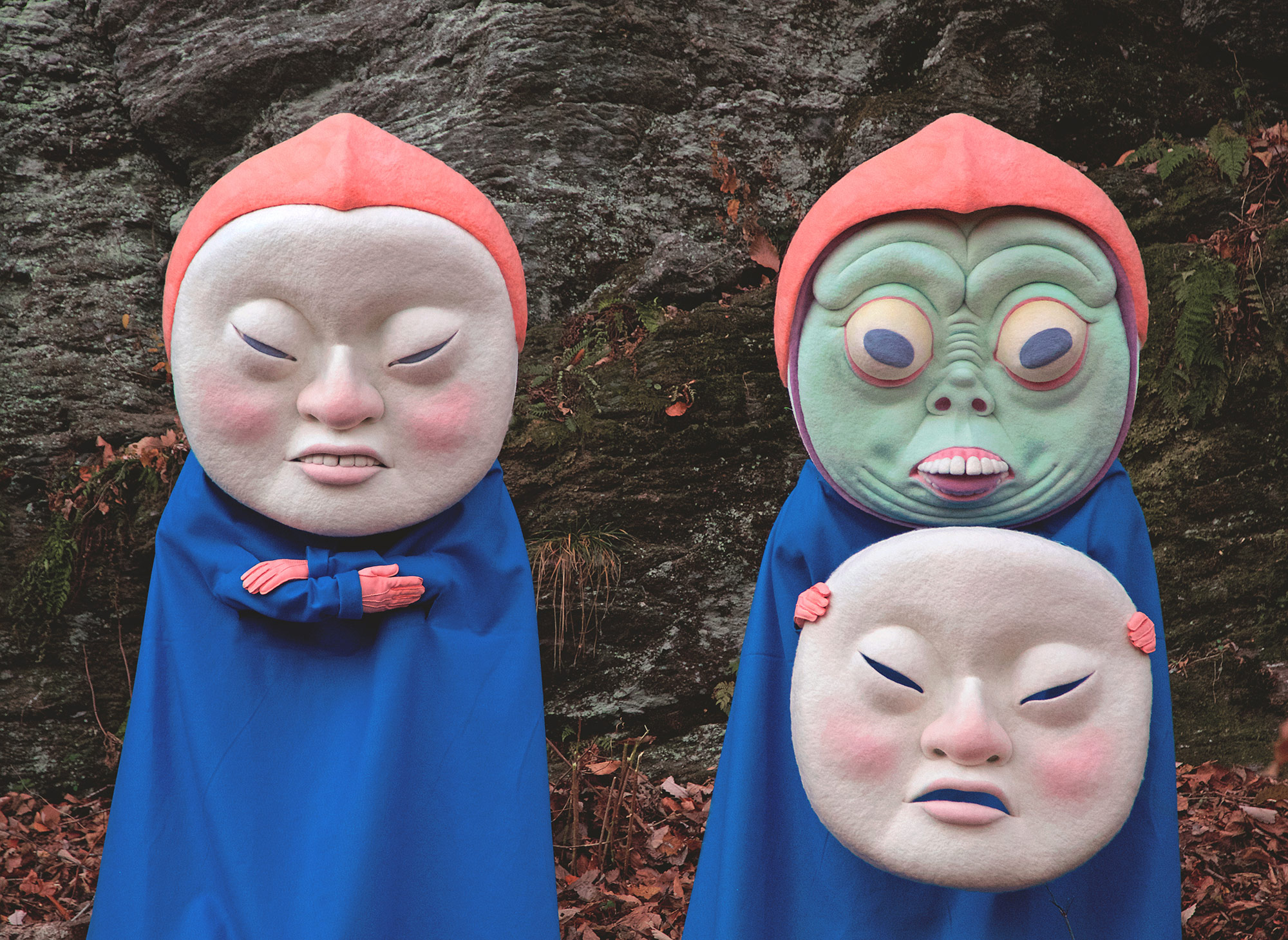