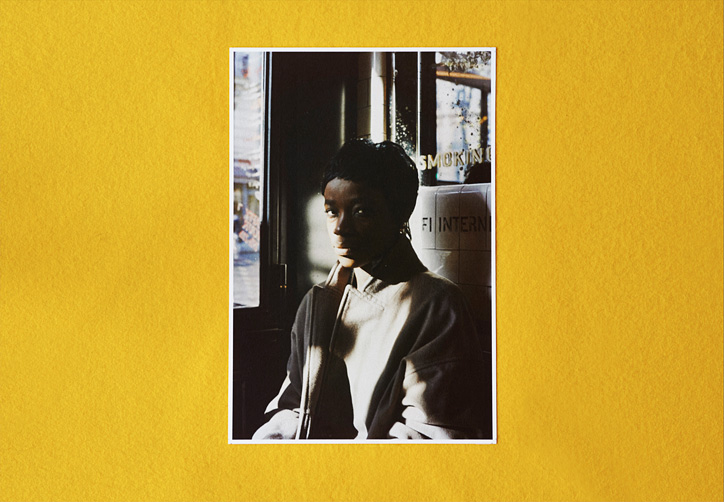 OFF the wall, cultures photo is a special photography magazine, soon launching its third issue, and celebrating its first anniversary these days. We met Anna-Alix Koffi, its editor at large, to talk about this stunning printed object, at the boundaries of press and art book. In the deep heart of a lively discussion, we were stroke by her touch of eccentricity, her way to share her experiences, her resolution. Here is the transcription of her joy to share and of this frantic life she lives, that beats to the rhythm of striking discoveries and big photography events.

What is OFF the wall, cultures photo?

OFF the wall, cultures photo is a magazine about both emergent and old photography. Nothing in between those two bounds. I love publishing new photographers, and I can also plunge myself into June Newtonor Demarchelier's archives, but putting huge photographers of the moment into the magazine is not my goal at all. Those photographers everybody wants right now, I like their work, but they are not for me.
I have my two sides, past and new, so I pick up themes that work as links between the two. The third issue will be about Africa, the one after about publicity imagery.
The name was chosen after Michael Jackson's song, it is not so original but the idea was to fight for the project in a positive and lively way, so it fitted perfectly: off the wall!

Why did you chose this format and a special launch rhythm?

OFF the wall is a magazine, but also a kind of book. The format, I think, is the right size to see the images properly. I love when a picture takes the whole page, it strikes you right in the face! The paper is matte, so as to place it closer to books than magazines.
The release dates depend on big photography events, so we launch the new issues for prestigious festivals such as Paris Photo, Paris Photo Los Angeles, or the mythical Rencontres d'Arles… For now, ten issues are programmed and this series will end in July 2016 if everything works right. The issues are available in selected press retailers and it is also possible to subscribe to get the complete collection. After those first ten issues, it will be only one big issue per year, I guess.

How did you start to care about photography?

I'm not a photographer, but I have always had this love story with photography. I studied History, and then journalism, I wrote an essay on Helmut Newton's images for my journalism and semiology degree, and I started a modest photobook collection ten years ago. A few years later, after many experiences between big information magazines such as Marianne, publicity agencies, etc, I started to work for an independent photo magazine called More, first as a journalist. When I arrive somewhere, I like to get involved in many things, so I began to work on other things rather than just articles: finding ideas, contents, etc. Doing so, I understood that everything I had done before was concentrated in that very job: editor in chief. Everything was fluid there, easy and exciting.

Can you tell us a bit more about your own photobook collection and your favorite photographers?

Well, it depends… Right now, I'm really into Yusuf Sevinçli's work: beautiful black and white photography with grain, a bit trashy… I'm making a portfolio on Piotr Zbierski for the next issue, a young Polish photographer who's completely crazy!
I do have some I consider essentials of course, such as Newton's small “Sumo”, and Avedon's "Portraits". But I don't have any specific favorite photographers. I love them all. I pick them up in a very spontaneous way. Sometimes, looking at the magazine, we could think it is black and white only… It is not, but black and white is so beautiful and strong and striking!

What do you love about photography?

Between the "I like that", "I love it", "it's fine", etc, it is difficult to choose. I can't categorize or tell how photography makes me feel exactly. I love the mishap, the coincidence that makes you encounter a picture. It goes with the same fate that made the photographer click at a very specific moment. There is this picture of Enrico Dagnino for example, taken in Bosnia. A house is on fire and a wild big flame rushing out a window. On the window of the house behind, a man is throwing a bucket of water to stop the fire, the water is in suspension in the air. It is a bit fun, but mostly very striking: how did the photographer manage to capture this very instant?! Did he click on purpose being really conscious of what would show up on the film? This is amazing! BAM! When it is strong, when it is for you to love, it strikes you in the face! It is impossible to explain that phenomena in a more rational way...!

How did you build your photography culture?

I built it on my own, even if More magazine really accelerated this learning process. It came step by step, along with the book collection. But as you can see, it is quite difficult for me to talk about it, because it is such an instinctive thing. I stop by images and I look at them. I don't have such a huge culture of photography though.
I took part on a conference on photo magazines last year, and I was invited together with the editors of Aperture, Foam Magazine, The Eyes… People that are way bigger than me and more rightful to be there! When the speaker turned to me and asked why did I create my own magazine I just answered "Because I wanted to, because I like it". It was very funny. Sometimes I feel like the village idiot, but I'm fine with that because I believe in spontaneity. "Because I like it"! This phrase could be a sort of motto! Spontaneity is a good position. I find my legitimacy making this magazine, because my eye chooses instinctively and it seems to work in a way. People tell me that I don't fail in my choices, so…

In which circumstances did you decide to launch your own edited object?

I got into a small fight with More's editor and I understood that if I wanted to do it all, I had to have my own project to carry on. After an argue on the phone, I hung up and I said: "I'm launching my photo magazine". It was a bit reckless, but it was on.

Isn't it hard to make an independent magazine?

It requires a lot of daring and craziness and a very little lucidity. It also works with good luck and a lot of help and comprehension. The first issue was released in April 2013, and this year passed as if I was in a dream. I only understood that I had really done something at the last Paris Photo show, when I had the two first issues with me, comparing it with the previous year, when everything was just a project people looked at without taking it too seriously. The difference really hit me.
It is hard sometimes, yes. But I'm very lucky and well surrounded, by friends and collaborators who are patient and as passionated as I am. Those that surround me every day: Olivia Marsaud, Juliette Deschodt, Severine Morel, Constance Rebholz… and kind of mentors such as Christine Ollier, Artistic Director of Les Filles du Calvaire Gallery. Sometimes I complain but then I remember my mother's words: "You weren't asked to do it"! I chose to do it so I have to, this is my responsibility. As a child my mother also told me pretty often: "go, get it", that was a way of saying : no one will wait for you to give you great opportunity unless you go for it yourself.

What is next for OFF the wall?

OFF the wall has recently launched its third issue for Photo Independent during Los Angeles Paris Photo, and an exhibition is going to take place very soon at the Parisian Bon Marché's gallery, where I was commissioned to invite emerging photographers to give their vision of the Parisian left bank. For the exhibitions I work with Mathieu Karst, the founder of a framing firm called Framology; we share the same love for fine arts papers and fine prints.
Then, this summer, off during the Rencontres d'Arles, we are going to exhibit in a special plac. We will have posters on the streets as well, we'll probably do it at night after a few drinks, it will be fun! Arles is a very good place where one can meet so many interesting people… When I see all those encounters, all those stories… well, yeah! I love what I do! Thank you for this interview, talking about it makes me realize how much I did, in only one year. And I'm so happy that this is eventually the beginning of the whole adventure! 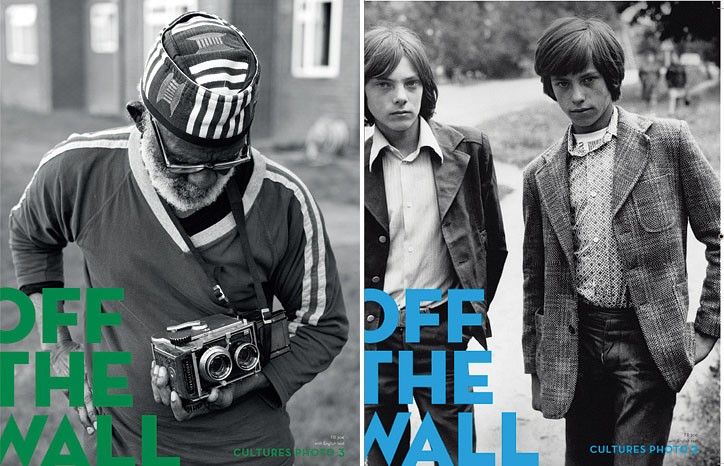 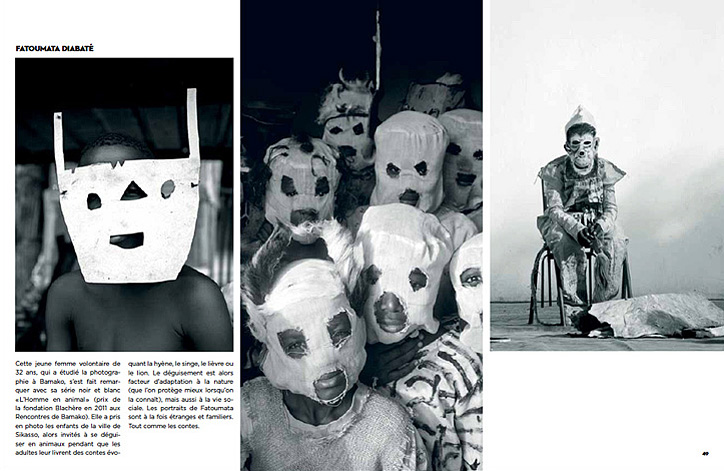 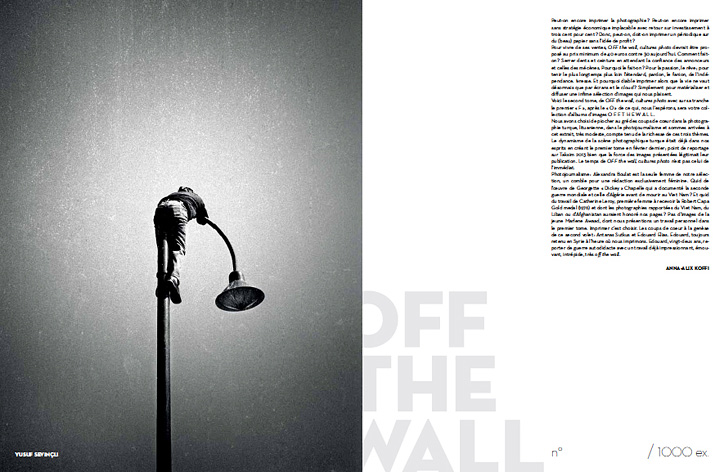 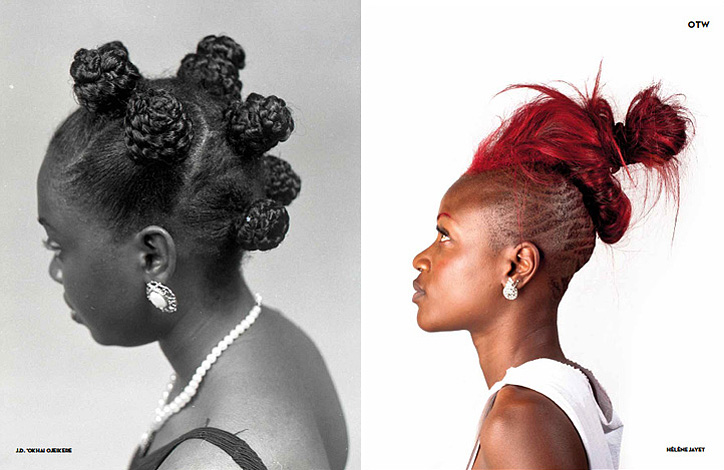 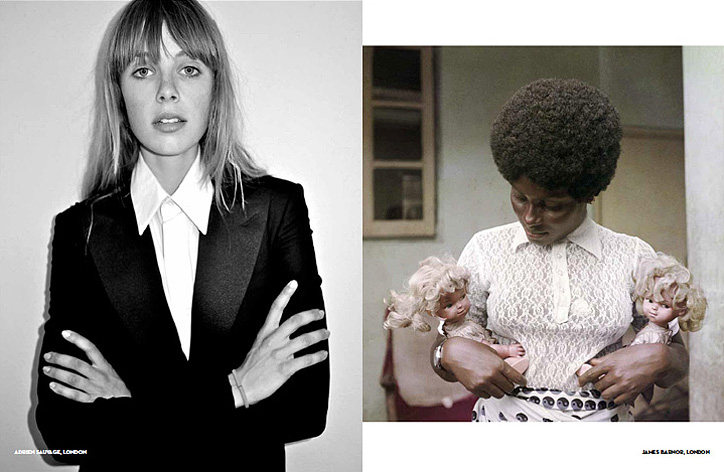 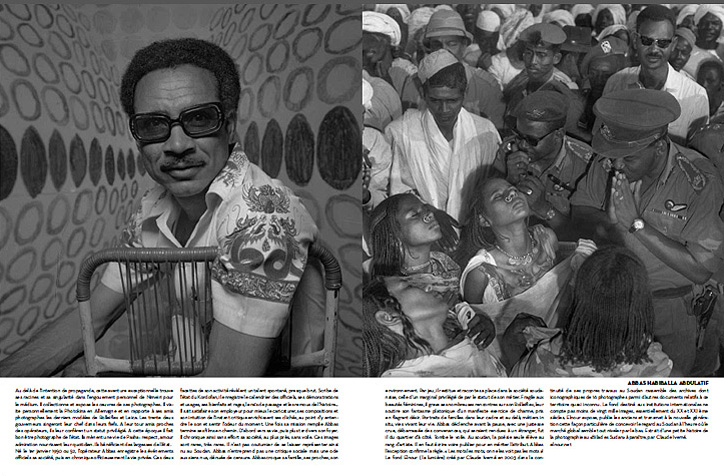